Bleak House, Guillermo del Toro’s home in suburban L.A., is a shrine to the spooky, bizarre and supernatural. Every spare inch of wall and shelf space is occupied by artworks, artifacts and ephemera that the filmmaker has accumulated over the past decade: Gothic paintings, jarred octopus tentacles, rare comic books, freakishly lifelike mannequins of authors like Edgar Allan Poe, and props from the many films he’s directed, including Pan’s Labyrinth and Crimson Peak. The house stimulates del Toro’s imagination and frightens the uninitiated: he once had to explain to a suspicious cop that the unresponsive body in his TV room was just a dummy of Linda Blair’s character from The Exorcist.

This month, 600 of Bleak House’s relics will fill the AGO during the gallery’s del Toro exhibition, At Home With Monsters, which runs from September 30 to January 7. Here, a look inside the home and a few of the items that made the journey north. 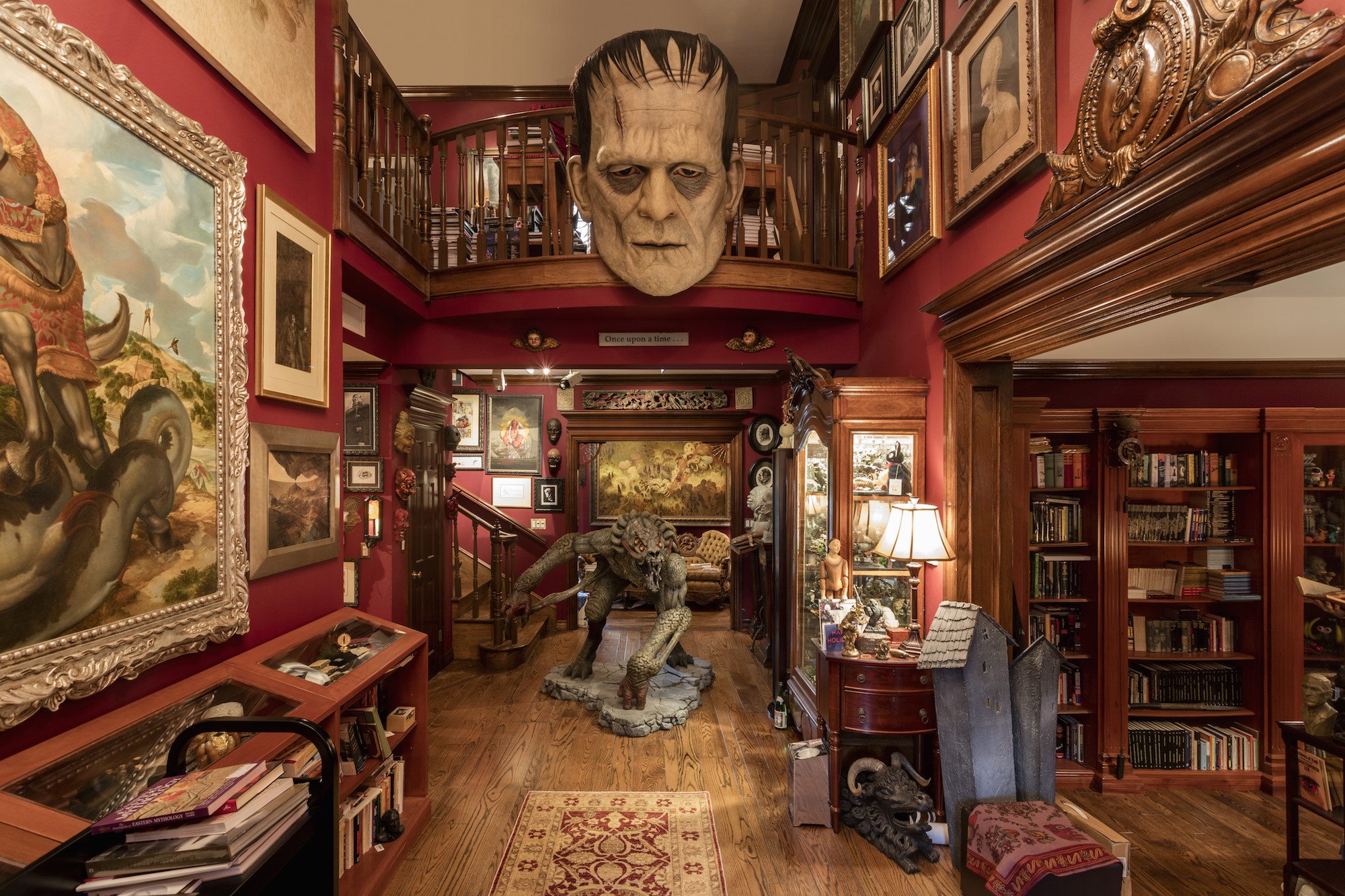 A five-foot-tall Frankenstein’s monster head looms over Bleak House’s foyer; it was created in 2011 by sculptor Mike Hill, whom del Toro describes as “the only person I know who’s more into Frankenstein than I am.” The creature below the head is Sammael the Desolate One, a villainous hellhound from del Toro’s 2004 film Hellboy made by sci-fi and fantasy guru Wayne Barlowe. The walls, meanwhile, are filled with works like a black-and-white scene from Shakespeare’s Twelfth Night by W. Heath Robinson, the first comic panels that del Toro drew as a child in Guadalajara, Mexico, and a portrait of del Toro by Basil Gogos, who illustrated legendary portraits of characters like Dracula and the Phantom of the Opera for the cover of Famous Monsters of Filmland magazine. 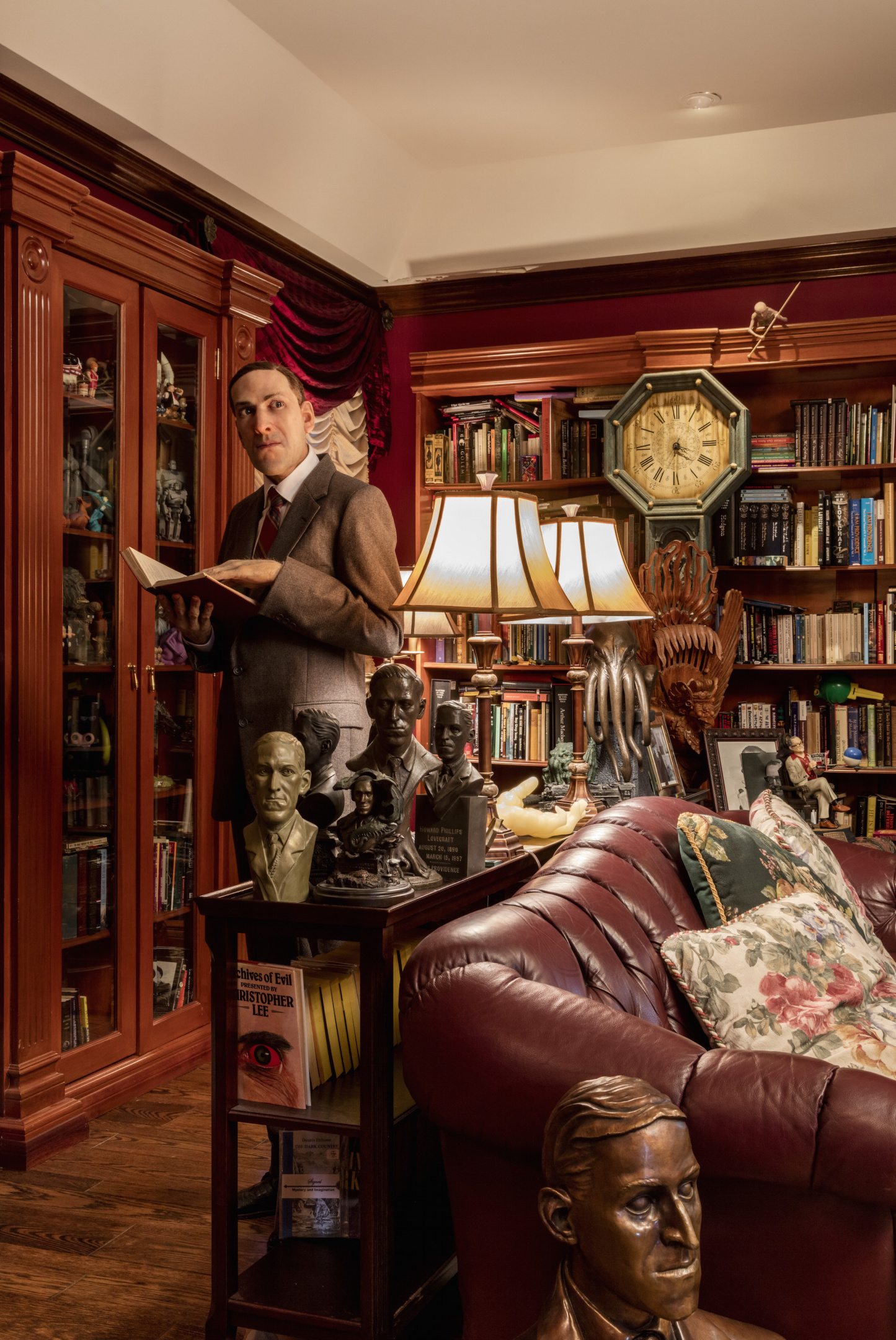 Bleak House is crawling with busts and mannequins of del Toro’s favourite characters and authors. This corner is dedicated to H. P.Lovecraft, and includes a life-sized model by Thomas Kuebler as well as bronze busts by Bryan Moore. 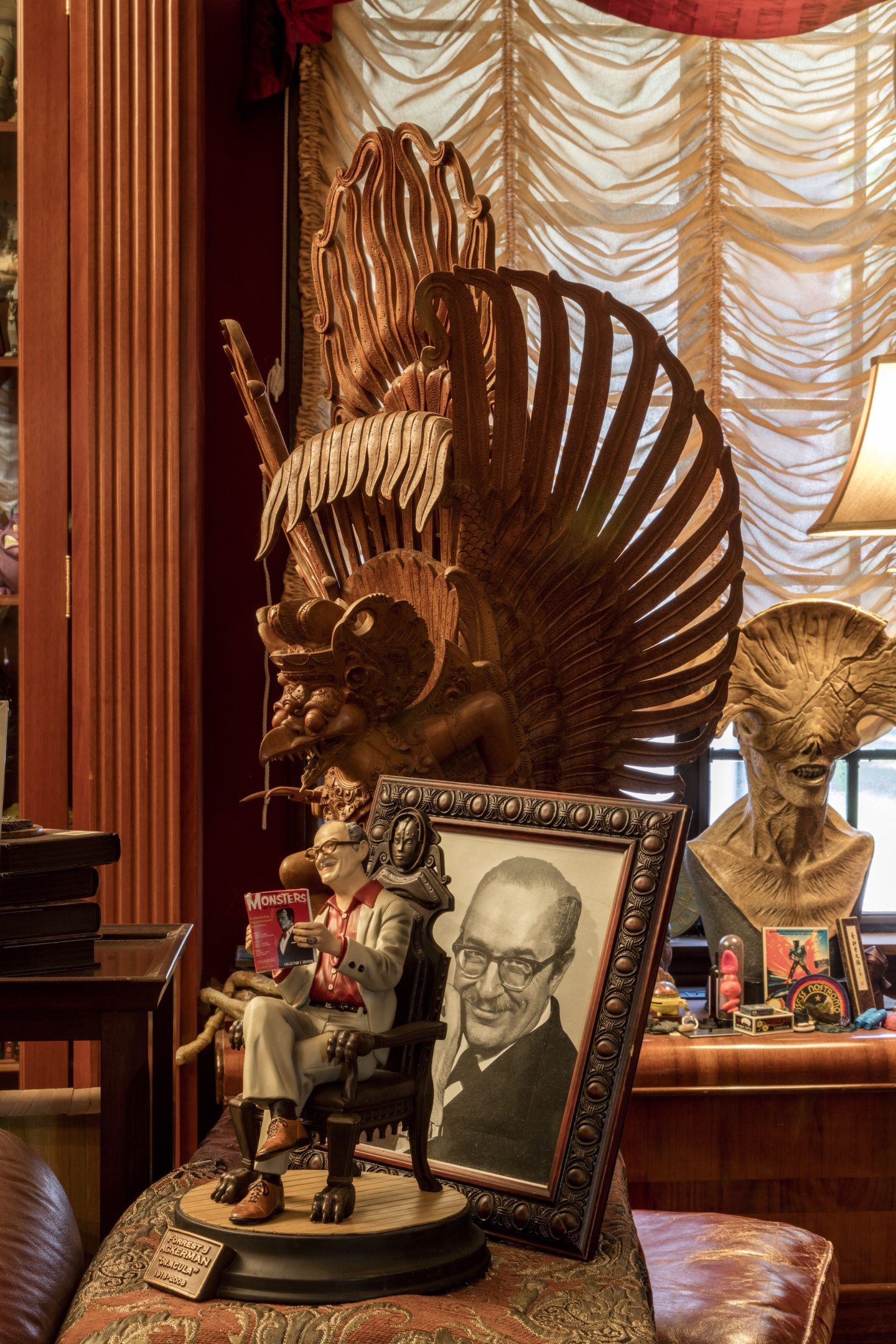 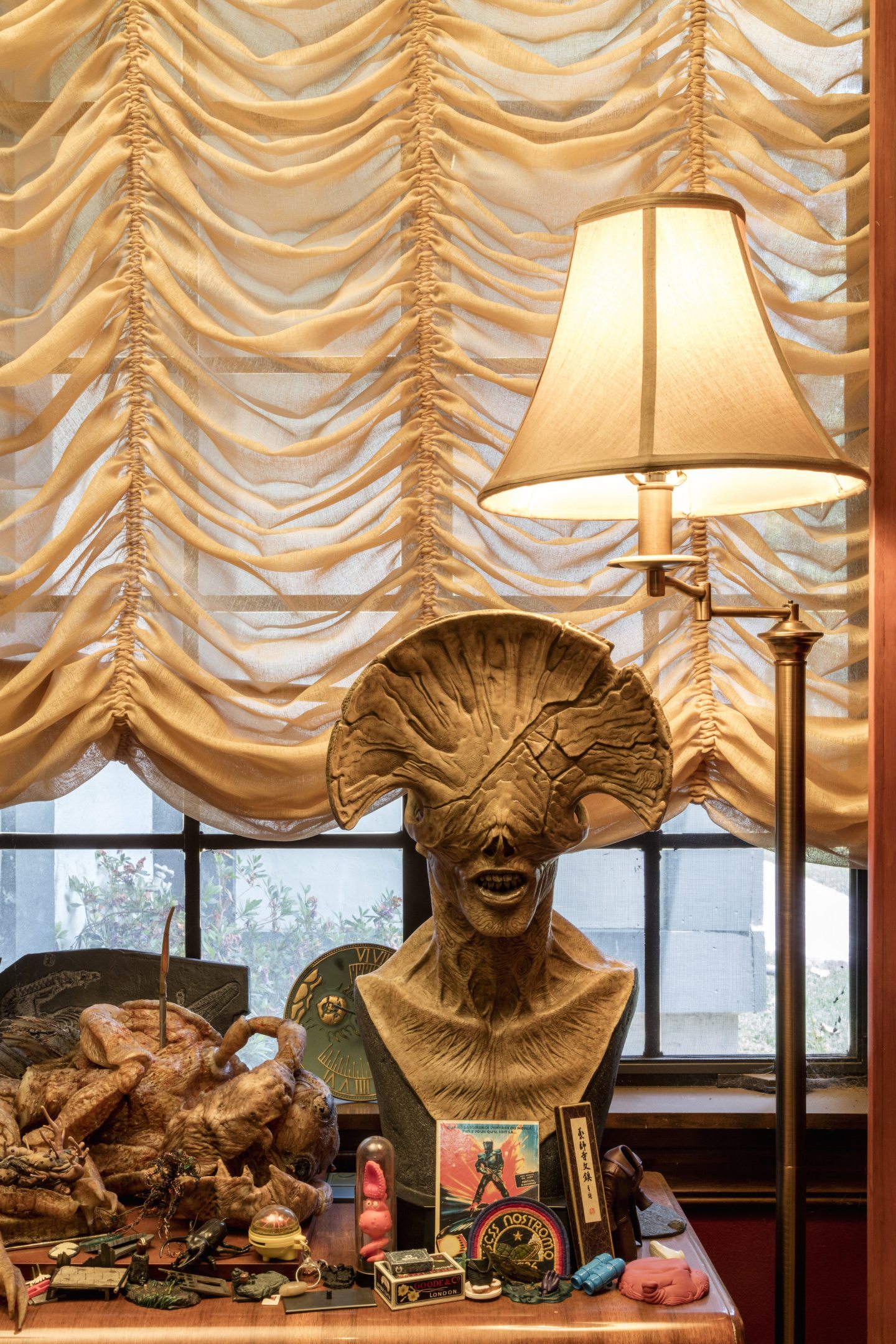 This is a bust of the Angel of Death, who briefly appears in Hellboy II: The Golden Army. The AGO show includes a full-sized sculpture of the character. 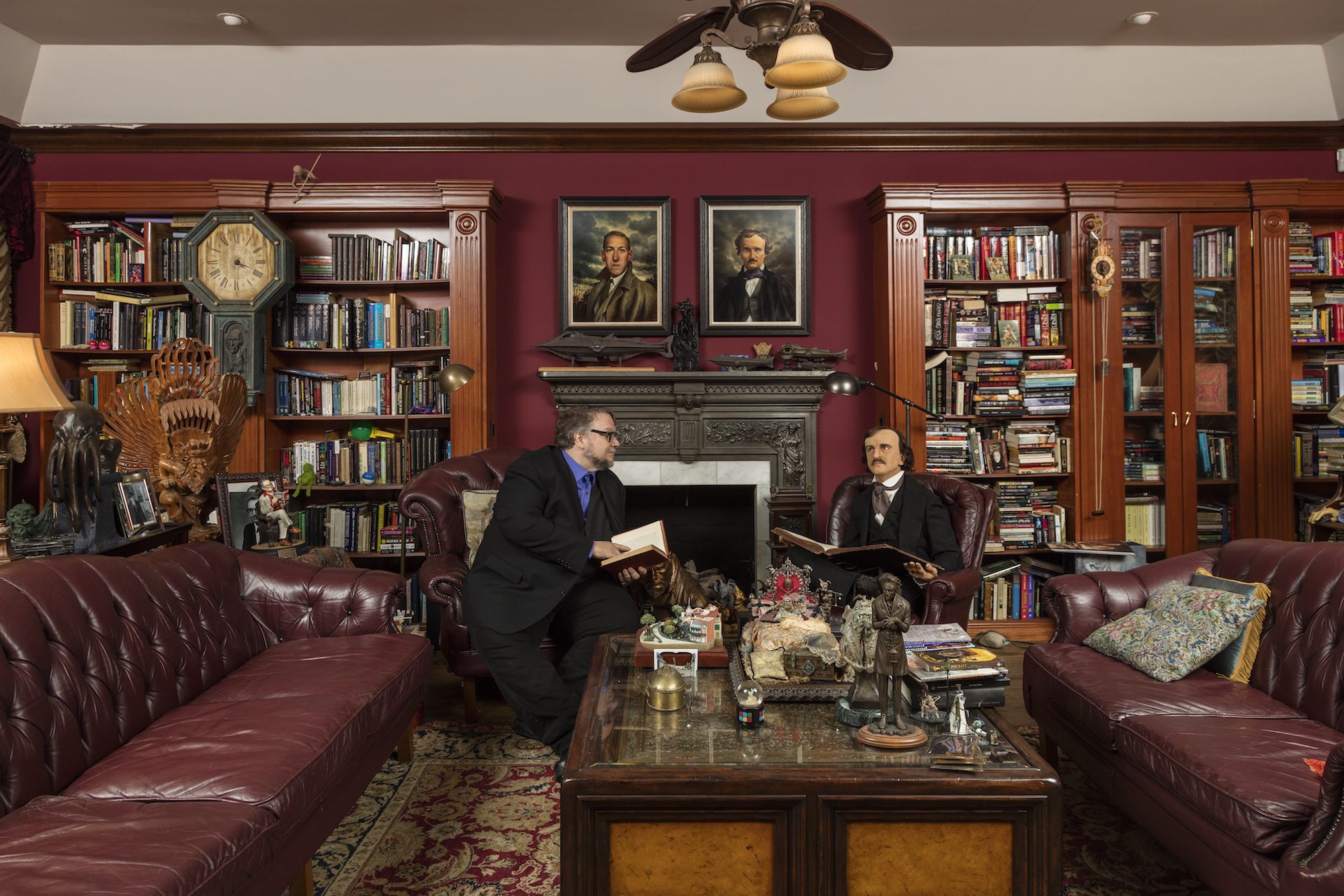 Edgar Allan Poe, another mannequin by Thomas Kuebler, sits reading in this room, surrounding by, among other things, a model of Captain Nemo’s Nautilus (on the mantel), a miniature bed inspired by Pirate of the Caribbean (on the table) and a pair of portraits by Michael J. Deas. 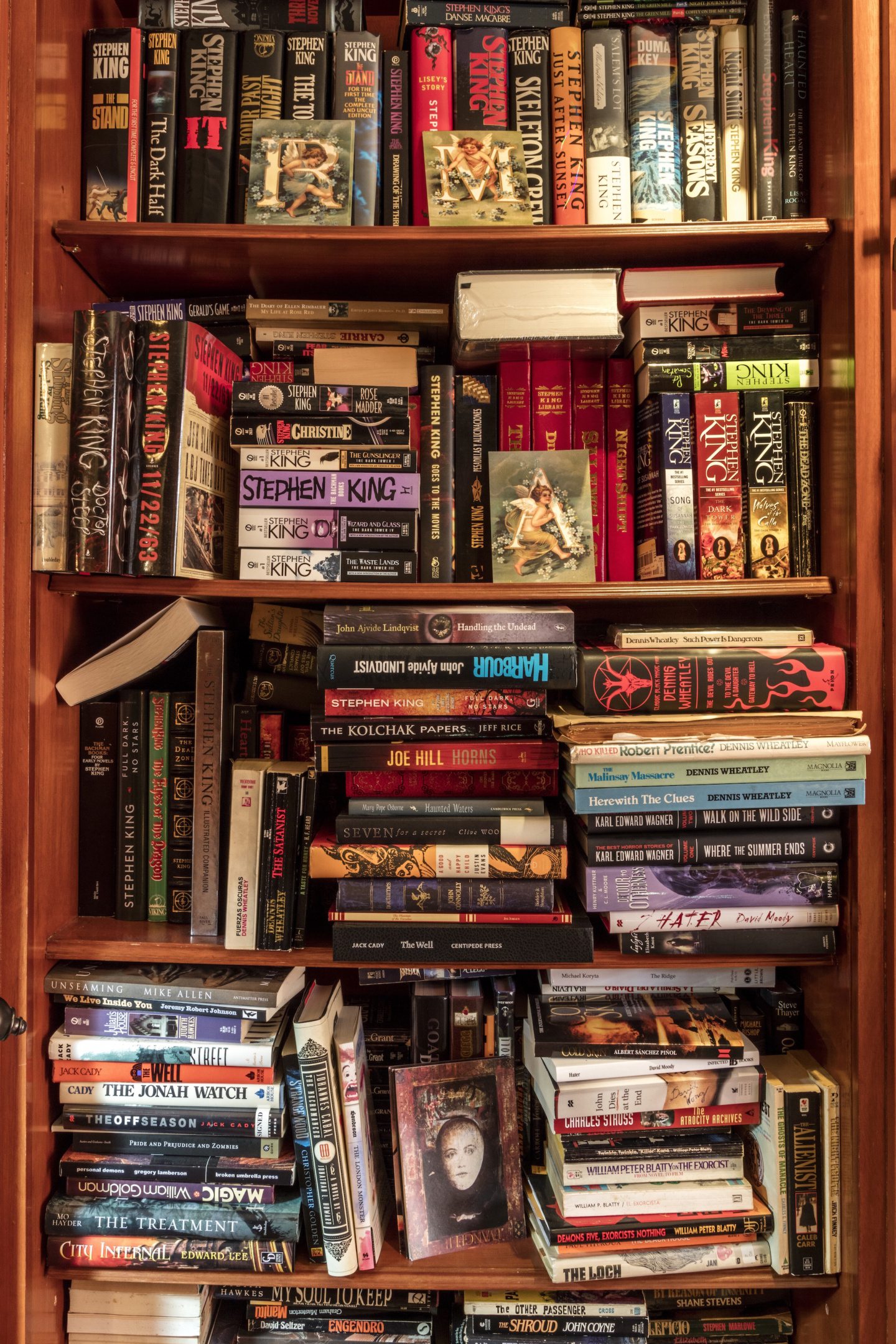 The house contains 13 libraries organized by theme, like fairy tales or the occult. This bookshelf, in the horror library, is home to del Toro’s expansive Stephen King collection. 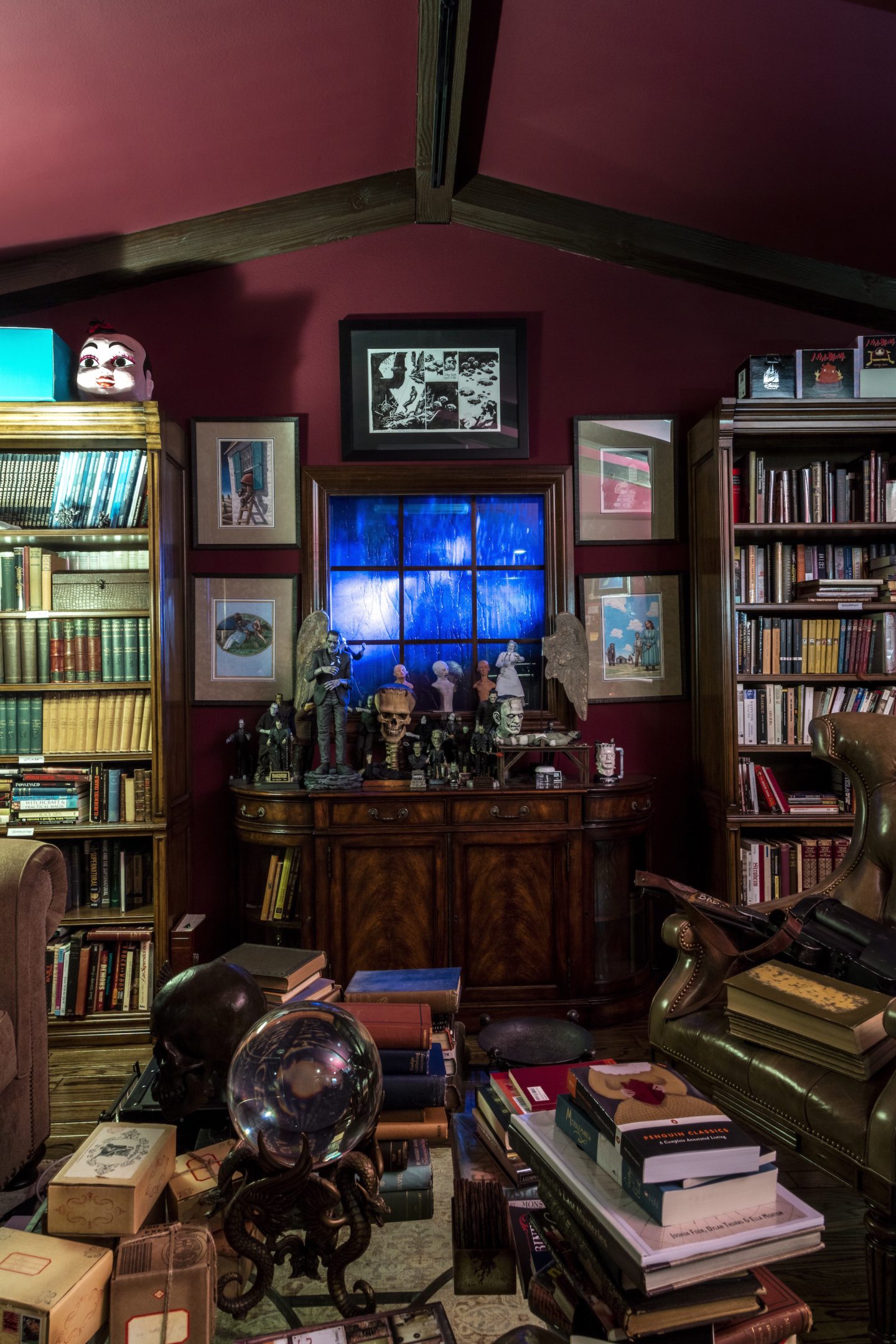 The window in the Rain Room gives the impression that it’s always raining outside. The AGO is emulating the effect in one of the rooms in its show.

The show will also include a number of del Toro’s sketches, like these Hellboy images from 2001.