Last night’s Golden Globes ceremony was, as always, all about Hollywood, but anyone paying careful attention would have noticed a good deal more Canadian content than usual.

Before the ceremony even got started, there was Fiji Water Girl—a model, apparently hired to promote the bottled water brand, who somehow managed to sidle into a bunch of red carpet standups as celebrities were arriving. She quickly became a meme. It turns out her name is Kelleth Cuthbert and she’s from Canada.

The evening kicked off with a sketch featuring Toronto’s own Jim Carrey, who was nominated for his performance in the TV series Kidding. The premise of the bit was that Carrey, who was seated with the movie stars, had to be forcibly relocated to the back of the room to sit with his new TV brethren. Here he is peering at co-hosts Sandra Oh (who grew up near Ottawa!) and Andy Samberg through faux binoculars: 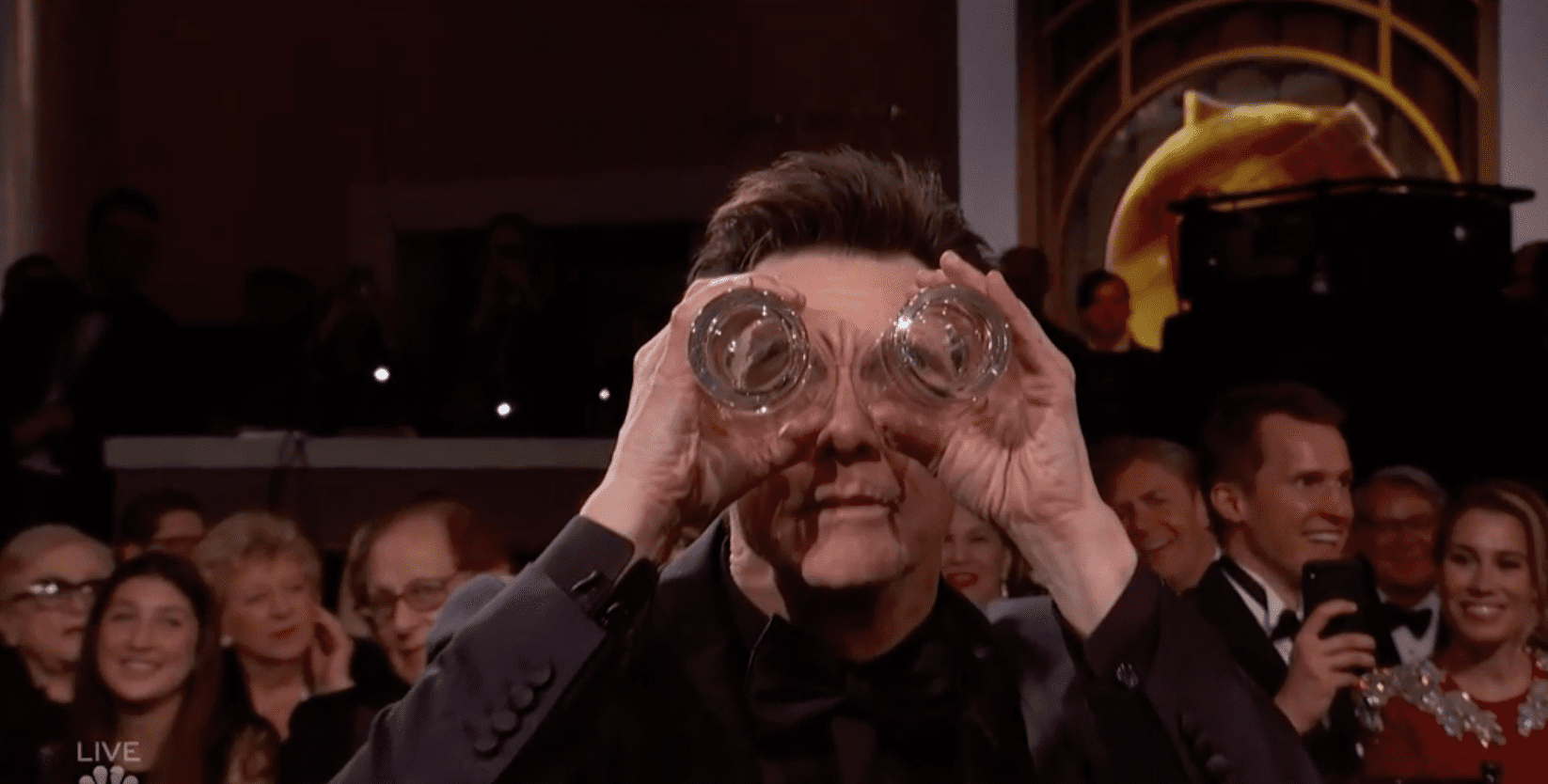 Oh yeah, and speaking of 1990s Canadian comedy royalty: here’s Mike Myers, wearing his Order of Canada medal while he introduces Bohemian Rhapsody, which would go on to win Best Motion Picture at the end of the night:

Mike Myers, at the Golden Globes, wearing his Order of Canada around his neck. Awesome. pic.twitter.com/Kidw1dd2gO

Without a doubt, the proudest moment of the night for Canada was when Sandra Oh won Best Performance by an Actress in a TV Series for her role in Killing Eve. She was understandably emotional: 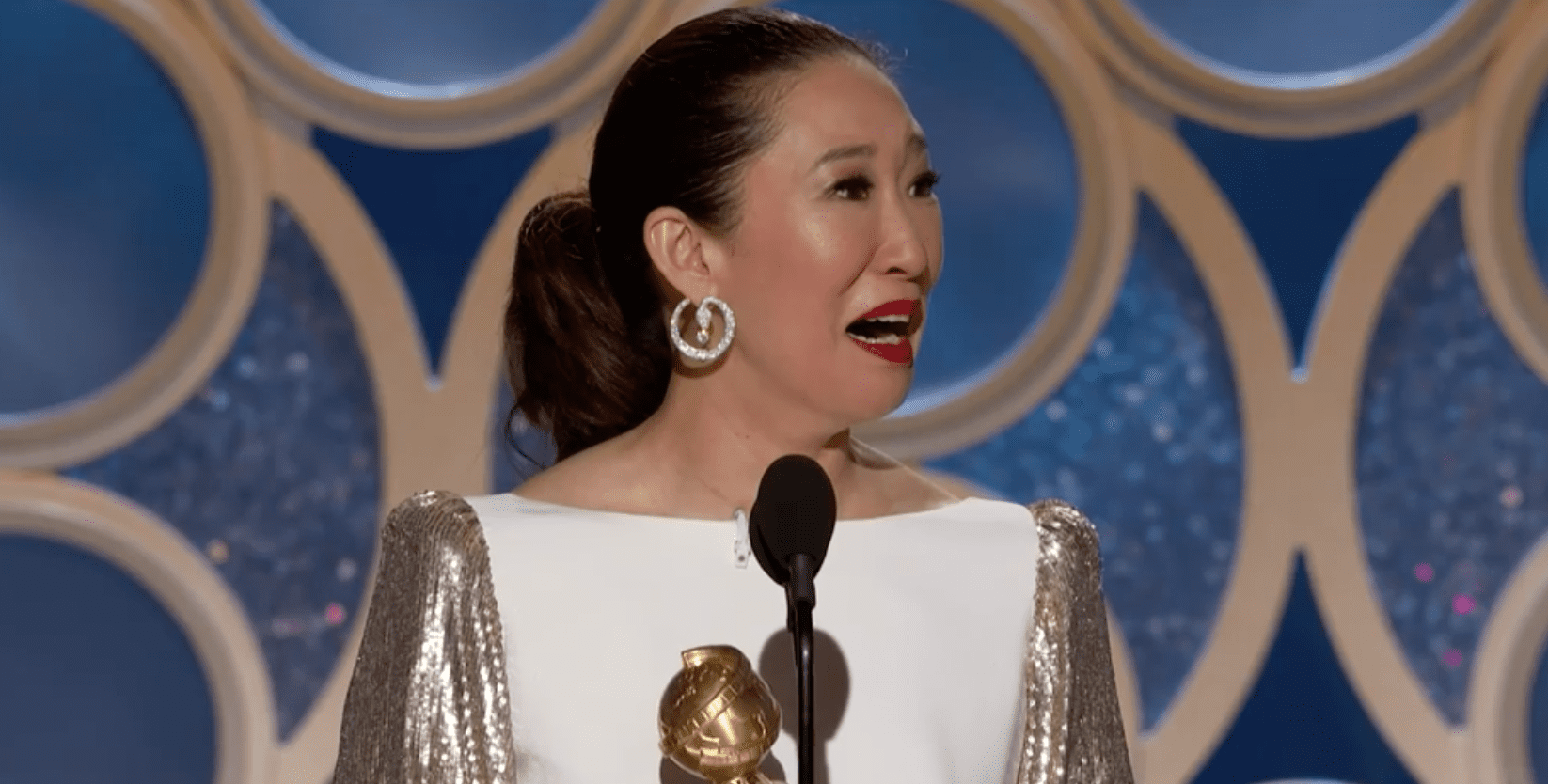 All the more so because her parents were in the room to witness it all: 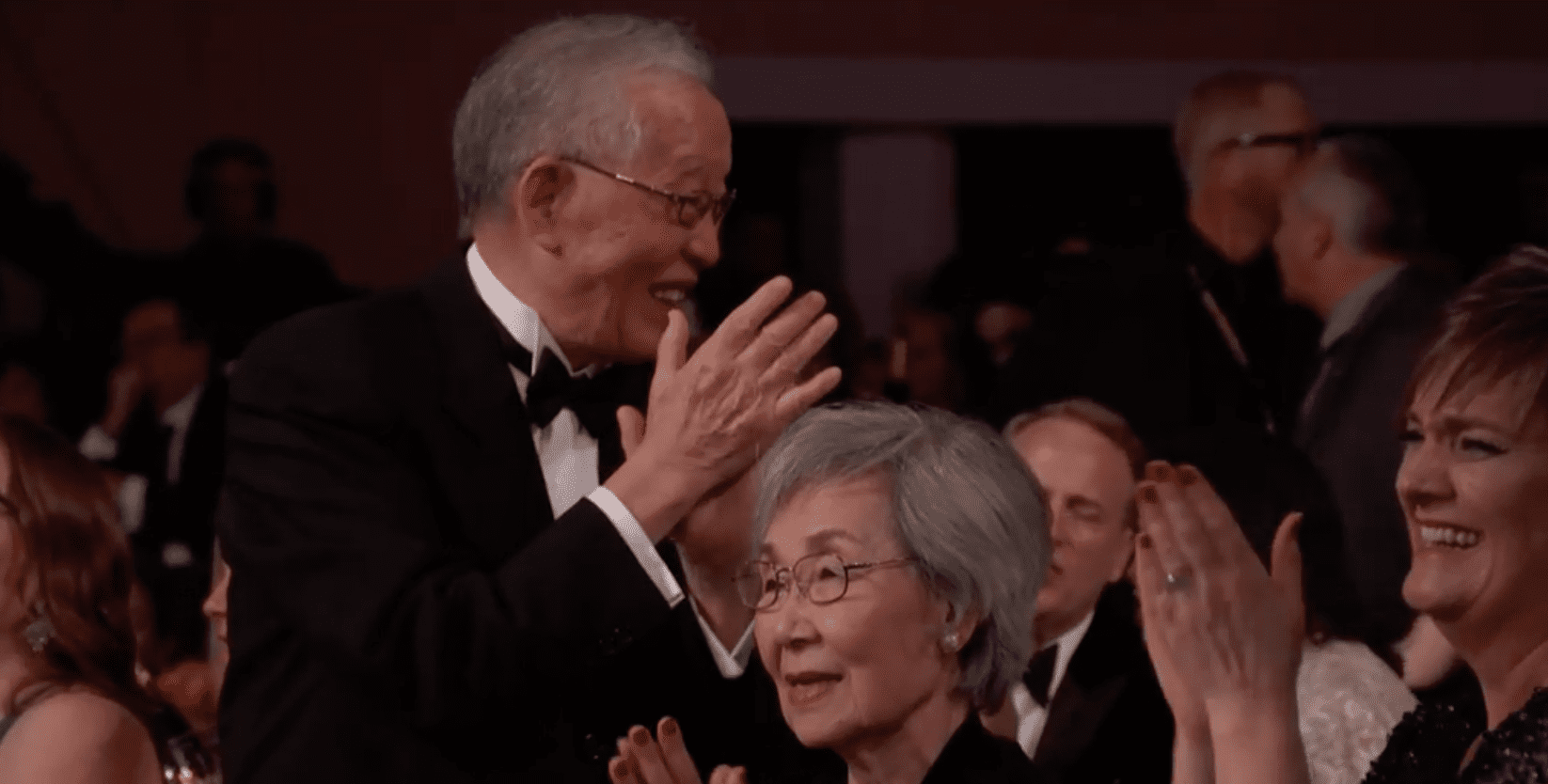 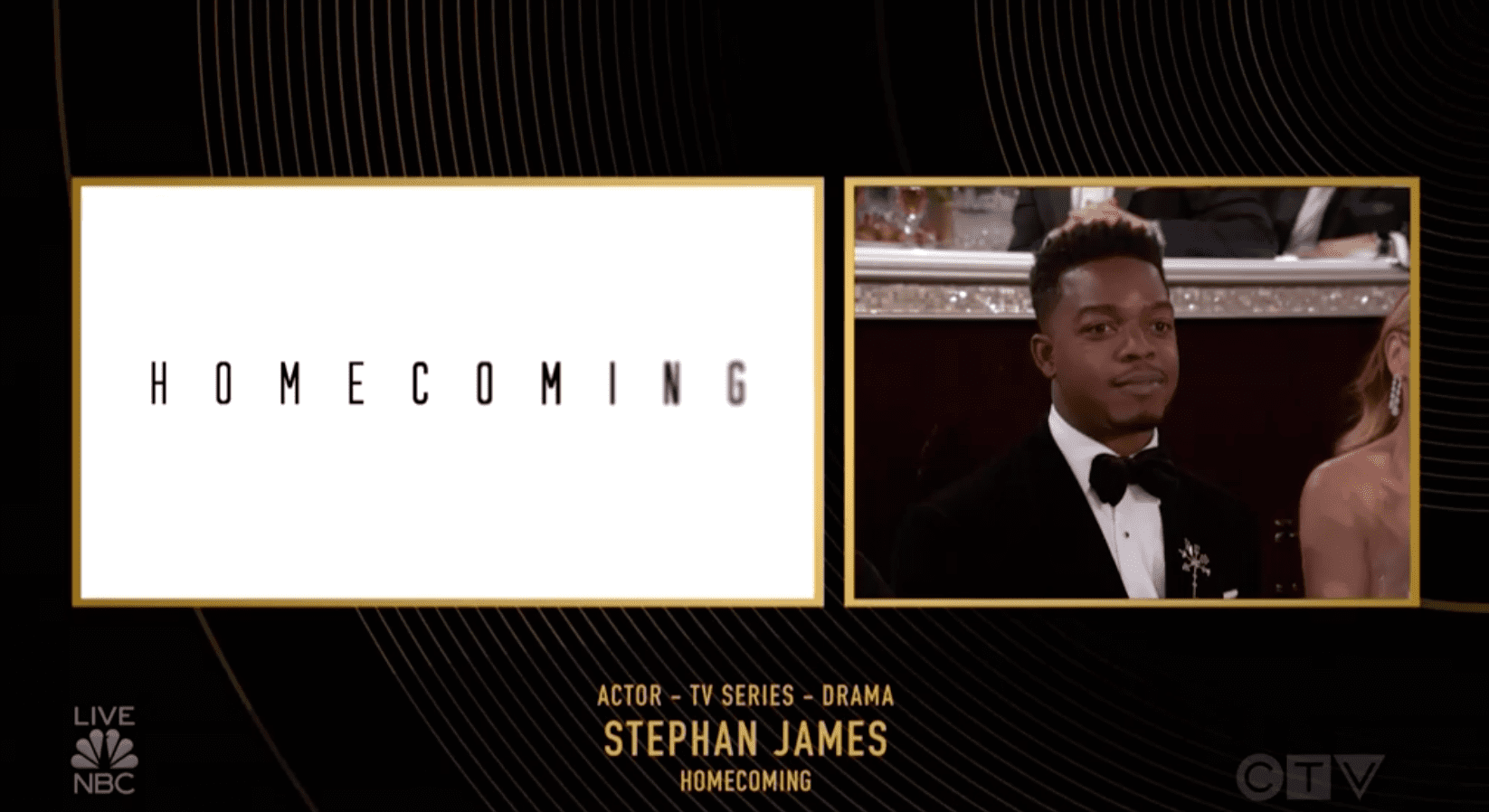