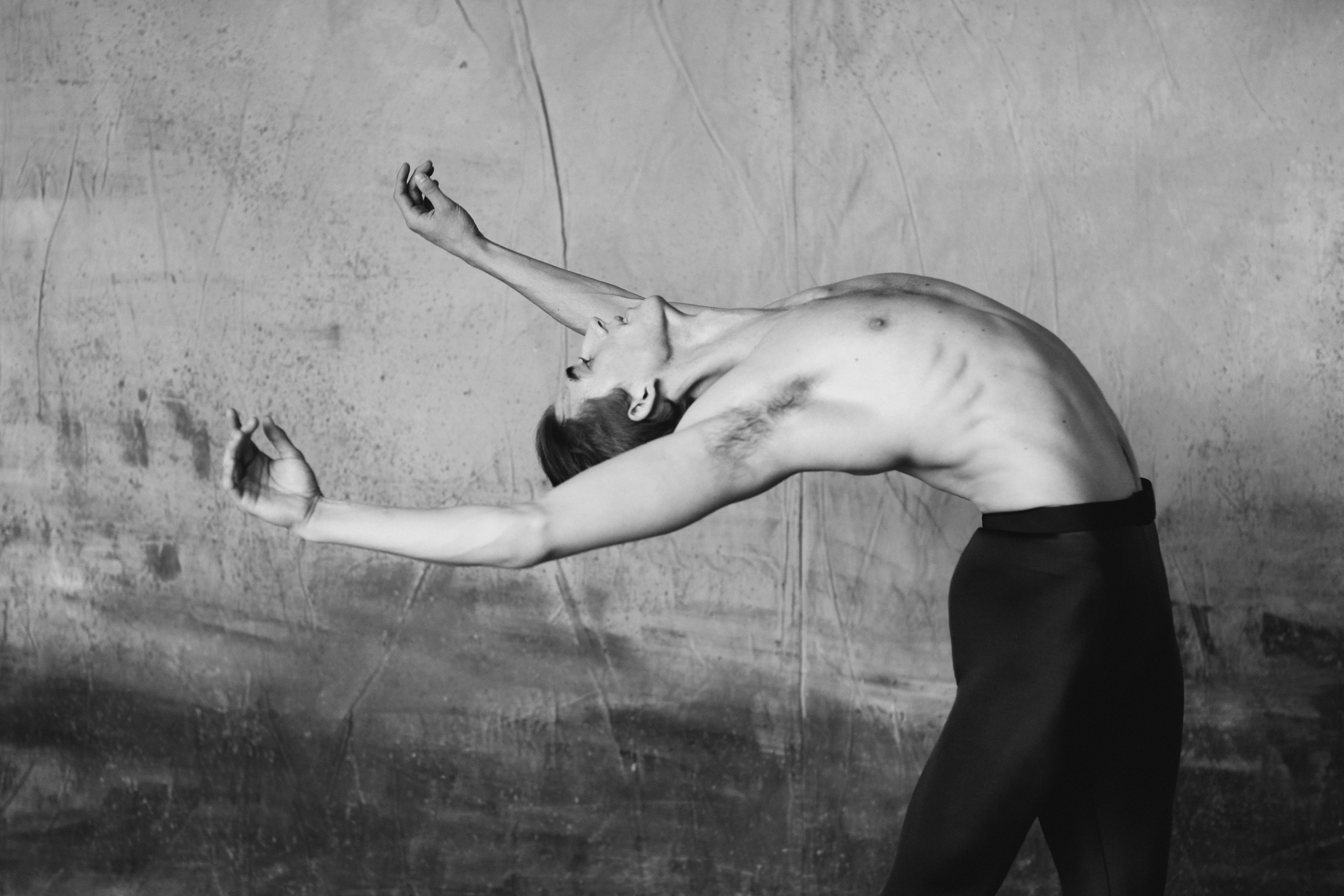 Ben Rudisin is a principal dancer with the National Ballet of Canada, which opened its season earlier this month with its first indoor performance in nearly two years. Here, he describes what it was like to be a professional dancer during the pandemic, and how it feels to be back on stage.

“I started dancing at the age of six. I was obsessed with the idea of learning how to do a backflip, and a friend told me that I could learn how to do one in dance class. So I signed up for some jazz classes at my daycare in Woodbridge, Virginia, and I ended up loving it. I tried more classes in different styles, including tap and ballet. My studio director took notice and told my parents that I had potential.

“I went to North Carolina School of the Arts in Winston-Salem for high school and trained in ballet. When I graduated, I joined the Houston Ballet II, which is a training program that falls somewhere between a dance school and a company. After two years, in 2013, I auditioned for the National Ballet of Canada and landed an apprenticeship. I moved to Toronto that summer.

“Over the years, I got a lot of opportunities with the company. We took our production of Nijinsky to Paris in 2017, and the following year, we travelled to Moscow and St. Petersburg to perform a mixed program. I also had the opportunity to play the Mad Hatter in Alice’s Adventures in Wonderland. That was especially fun because it was a tap-dancing role, and I studied tap growing up. We had just finished a run of a mixed program in March 2020 when Covid hit.

“At first, it was nice to get a few weeks’ rest because we don’t normally get much time off. We’re always pushing ourselves hard, rehearsing for six or seven hours a day. We thought we’d be back in the studio within a couple of weeks. But then weeks turned into months, and lockdown kept dragging on. The company started offering daily virtual classes. We were doing barre at our kitchen counters and pilates in our living rooms. I tried to make the most of it, but there was a limit to what I could do in my cramped apartment. The company sent us spare pieces of Marley—the floor that we dance on—so we could lay them down in our homes. I rehearsed for an hour or two most days. In my spare time, I cycled through a bunch of pandemic pastimes like baking, knitting, playing video games and reading.

“Our work is very routine-based, and without a consistent schedule during the pandemic, I felt lost. The lack of consistency also made it impossible to maintain my physicality. In addition to our regular classes and rehearsals, we do outside cross-training. I normally go to the gym three times a week for strength training, which I wasn’t able to do during lockdown. There’s only so much you can do from home.

“I was biding my time until the city reopened in July of 2021, when we were finally able to reconvene and start rehearsals for a series of shows at Harbourfront, which were held outdoors in August. After that, we began rehearsals for our first program back indoors, which consisted of George Balanchine’s Serenade and Crystal Pite’s Angels’ Atlas.

“It was great to get back to something approaching our normal schedule—a 10 a.m. class followed by six hours of rehearsals. Taking class in studio every day helped me to get back into my body, and to feel like I was capable of doing what I could before the pandemic. I had to build my stamina back to get through long rehearsal days. Big jetés and tours require a great deal of physical power, and it took a while to build up the strength to execute those moves again.

“Our first indoor show back in front of a live audience was on November 11 at the Four Seasons Centre for the Performing Arts. It was a mixed program, which includes Serenade, a short choreographic film called Soul, and Angels’ Atlas. Being back on stage again felt foreign and familiar at the same time. There’s a light sequence at the beginning of Angels’ Atlas, when all of the dancers are lying on the stage, and from that position we can see the lights reflected in the ceiling of the theatre. Angels’ Atlas was the last show we performed before the pandemic, and I could remember looking up at that amorphous shape on the ceiling a year and a half earlier. Seeing that brought me back full-circle and made the whole thing feel real.

“The first performance went really well. It made all of the pain of getting back in shape worth it. The energy from the audience was palpable. You could feel everyone’s excitement, from the crew to wardrobe to the orchestra. Those of us who weren’t in the first piece were backstage when the curtain went up, and we heard this thunderous applause from the audience as they saw the first tableau in Serenade. Going into a performance, we derive a lot of excitement from finally presenting all of our hard work to the audience. After months of rehearsing in relative isolation, under challenging circumstances, it was heartwarming to feel that passionate reception from the crowd.

“After the show, a lot of dancers cried happy tears. Everyone was flushed with emotion—relief, joy, gratitude. I was so happy to be back. I thought, This is where I want to be, and this is what I want to be doing. The pandemic has taught us that life is uncertain. Until even a few weeks ago, we weren’t sure that the season would go ahead. We’ve learned that we have to savour the moment.

“Getting back to our full schedule is physically challenging. The last couple of weeks have been about getting used to the physical pain and tiredness again, and readjusting to the little aches and pains in the body. In Angels’ Atlas, we’re quite low to the ground and there are lots of deep pliés, so my knees and ankles get sore. There’s also a lot of contraction in our upper bodies, so my back starts to hurt after a while. But it’s a good kind of tired. It’s knowing that I pushed hard and did well. I’m getting a massage to relieve some of the aches and pains and to get my body ready for another intense week of shows. We’re also working on a film project, so we have eight hours of shooting each day on top of our regular performances.

“I’m so thankful to be back. I’m grateful to all of our donors who allowed us to keep performing and doing what we love during this crazy time. Angels’ Atlas is about the fight for life, and I think that performance embodies our resilience these past nineteen months. We persevered, and now we’re here.”