For the fourth year in a row, the Distillery District is awash in glittering installations until March 1st. The festival was started by artist Matthew Rosenblatt in 2017 with the goal of coaxing Torontonians out of their mid-winter hibernation and onto the streets for some luminous fun. This year, there are tons of interactive pieces crafted by a range of local and international artists—and if you went to Burning Man last summer, chances are you’ve already seen a few of them. Here’s a look at what you can expect.

“Cloud Swing” was created by New Orleans artist Lindsay Glatz with the art fabrication and design studio Curious Form. It premiered at Burning Man last summer, and consists of a series of swings suspended from glowing clouds. The clouds stay white when the swing is empty, but change hues when participants hop on: 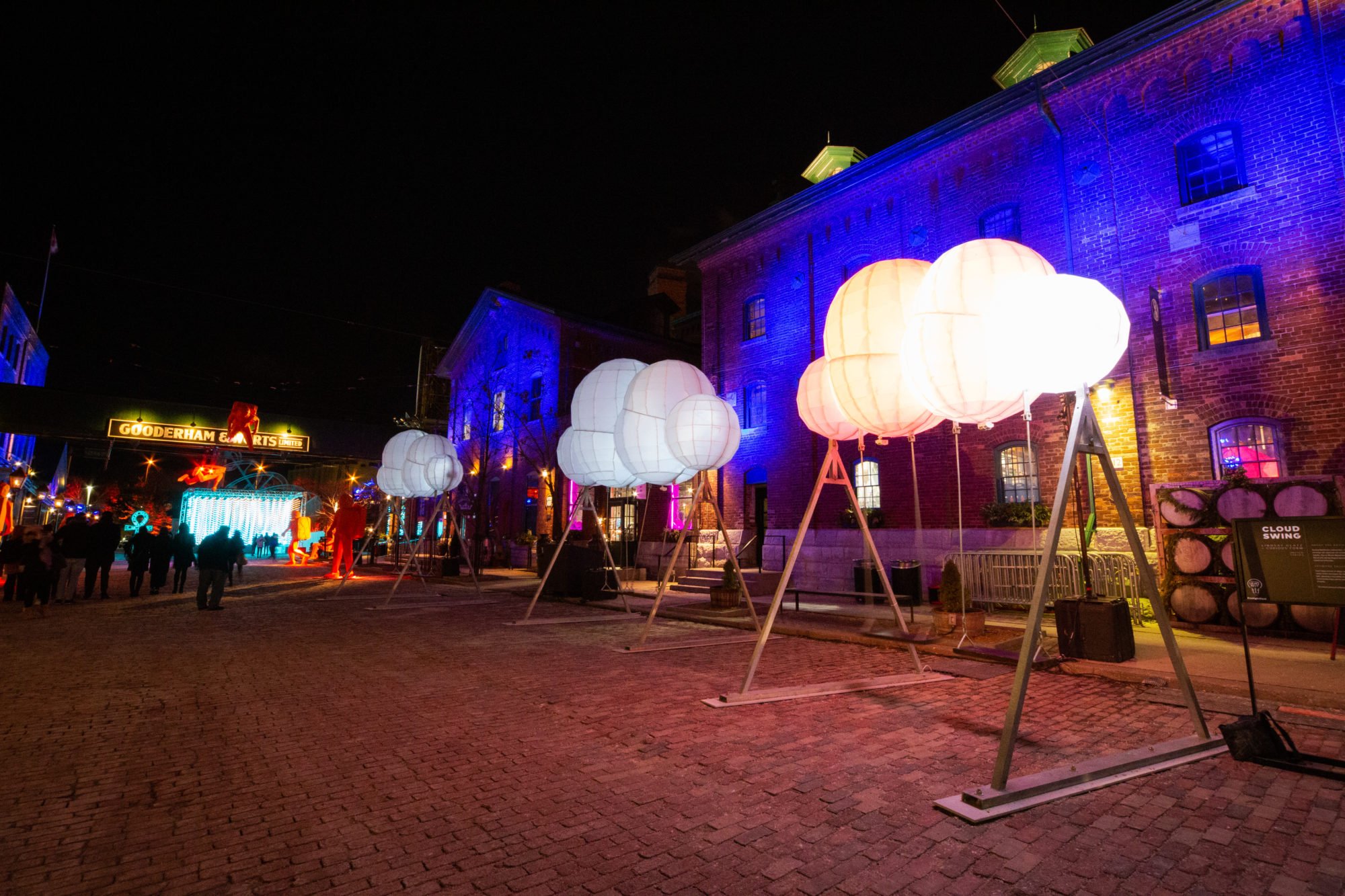 Instagram obsessives will love this immersive piece. It was made by U.K.-based collective called Squidsoup, and consists of 5,000 individual points of light. Visitors walk through the installation to watch and listen to how the changing colours correspond with the sounds: 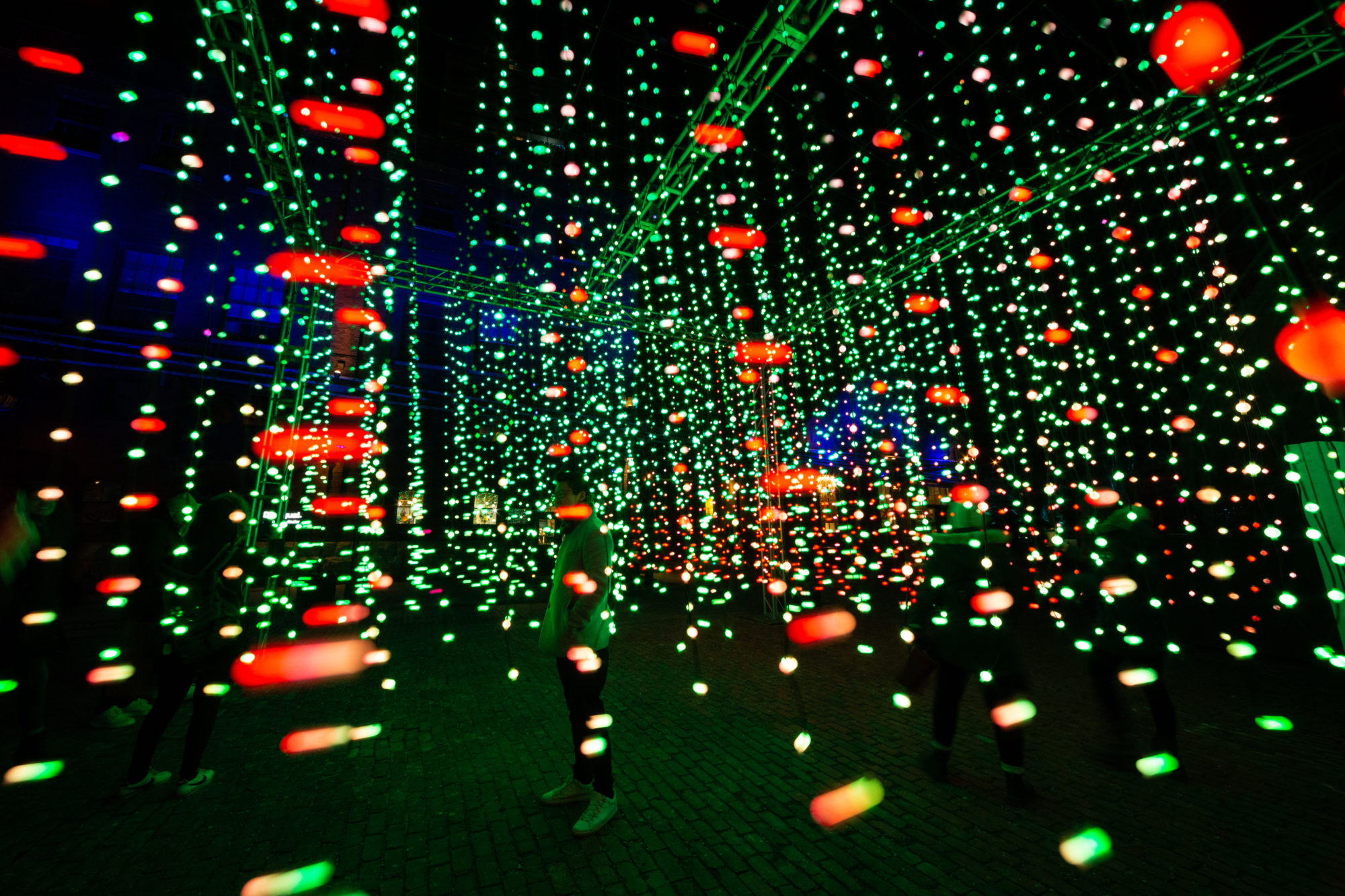 This one’s called “Firefly Field,” created by Toer, a multidisciplinary Dutch design collective. The group is fascinated by fireflies, and created a collection of floating light points designed to mimic the insects’ movements: 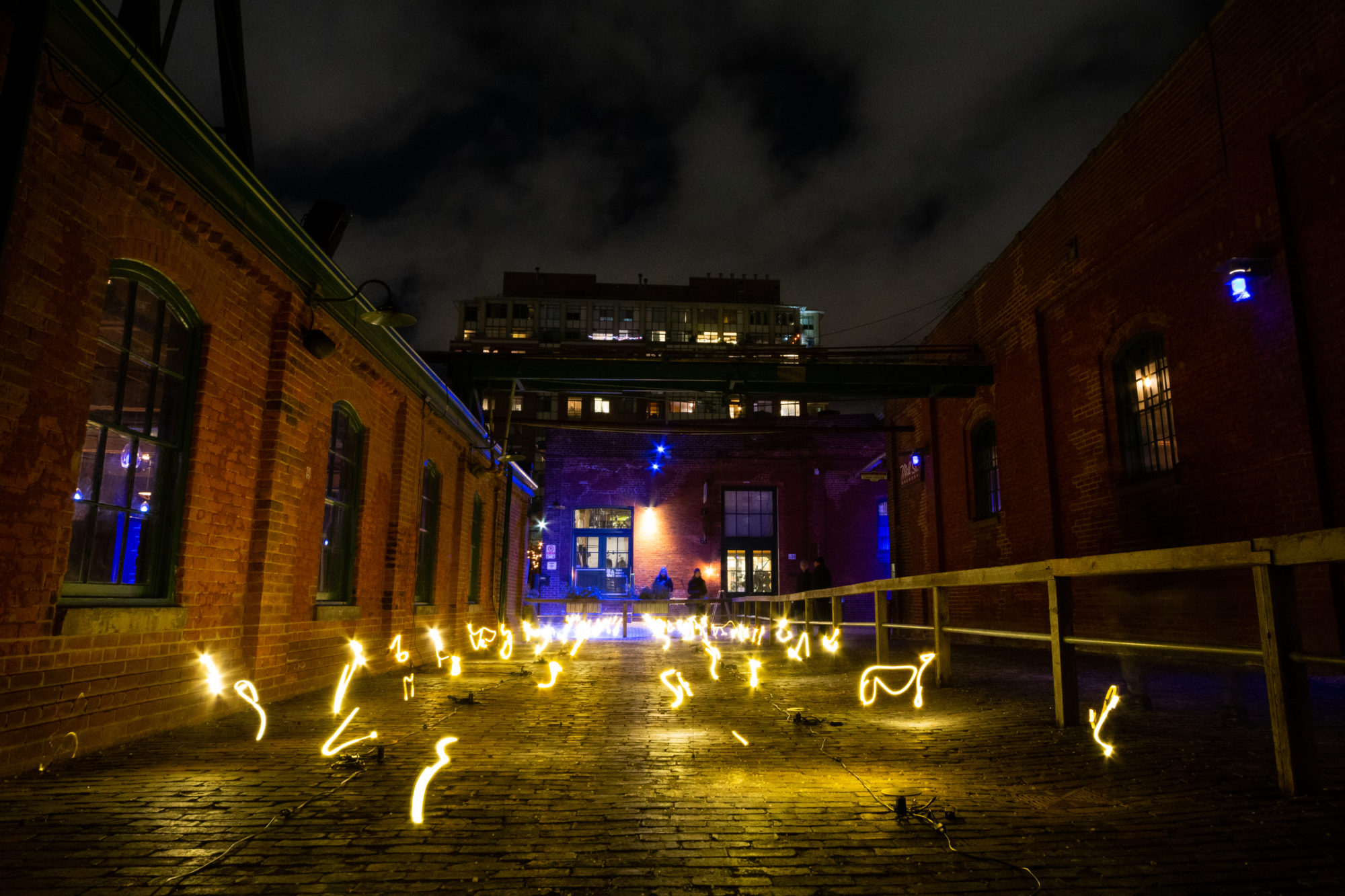 New York sculptor and architectural designer Chris Carnabuci wanted to draw attention to the power and beauty of the feminine spirit. “Mariposa” features Aphrodite emerging from a solid egg (and was also shown at Burning Man last year): 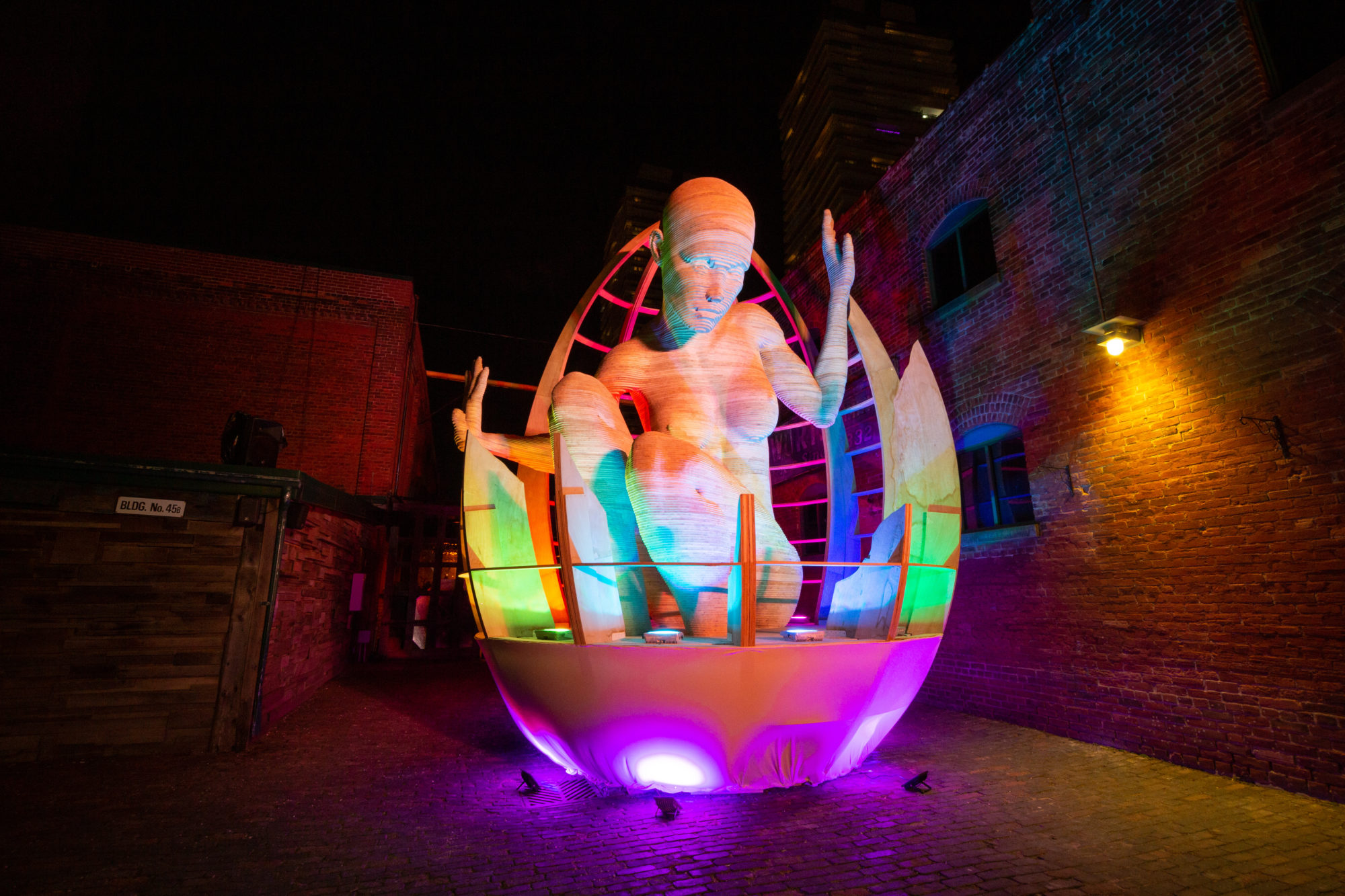 “Kukulkan’s Portal,” by American artist Abram Santa Cruz, is made up of a giant acrylic merkaba (a Hebrew symbol consisting of two intersecting tetrahedrons) enclosed in an aluminum frame. It’s full of spiritual references: the merkaba represents a higher consciousness, and the design references Kukulkan, the Mayan serpent to be the portal between the physical and spiritual worlds: 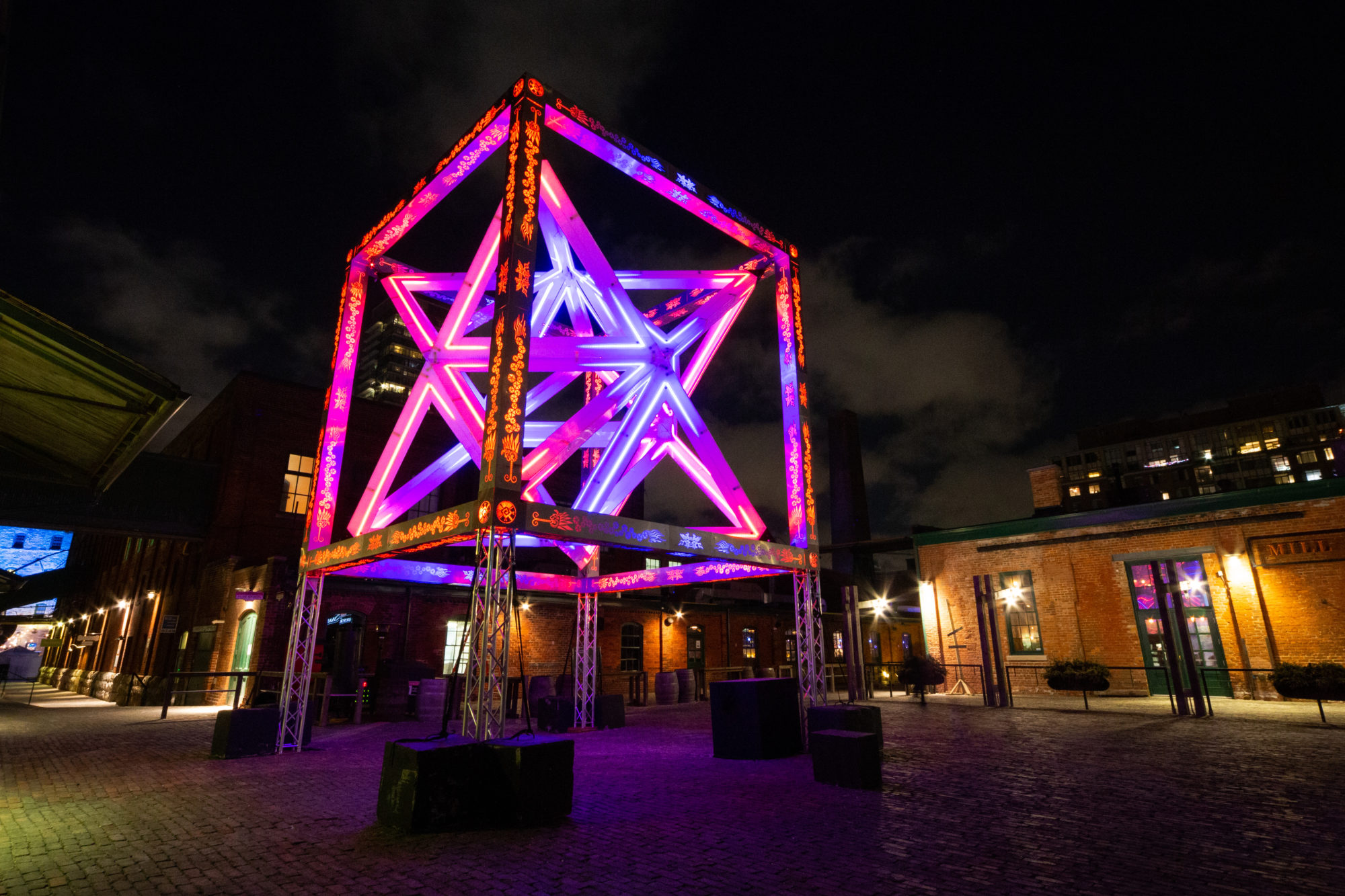 Matthew Rosenblatt made this illuminated ankh. It’s five metres of steel, with puzzle pieces laser-cut into the surface. The ankh is an ancient Egyptian symbol of life, and the installation shows that life can be both simple and complicated, peaceful and frustrating: 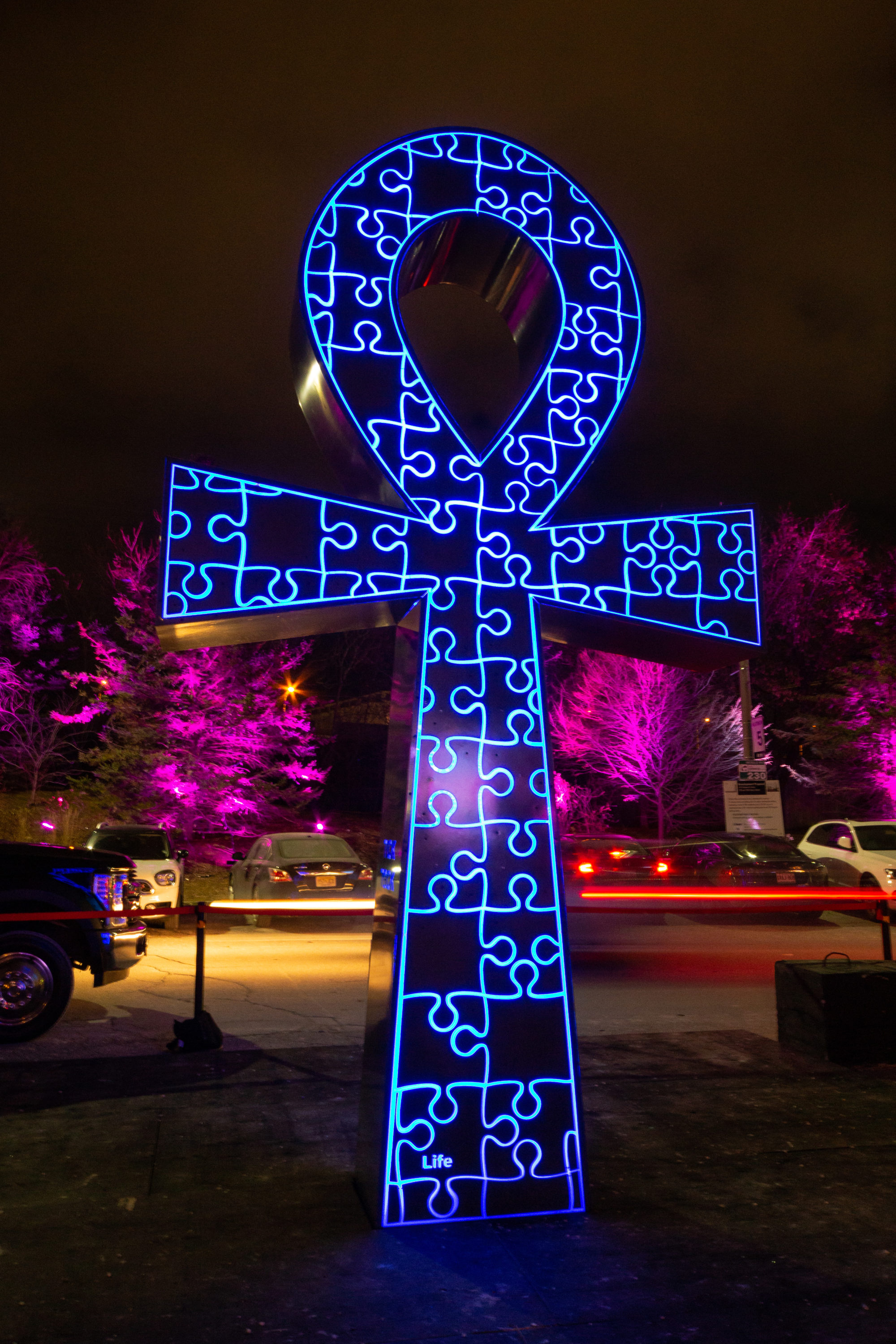 New Orleans sculpture artist Chad Gaetz made this piece, called “Helianthus Enorme.” It was inspired by both the Fibonacci sequence and the stature of sunflowers. It stands at eight and a half metres tall, and was made with an upcycled satellite dish and 3,500 pixels of LED lights: 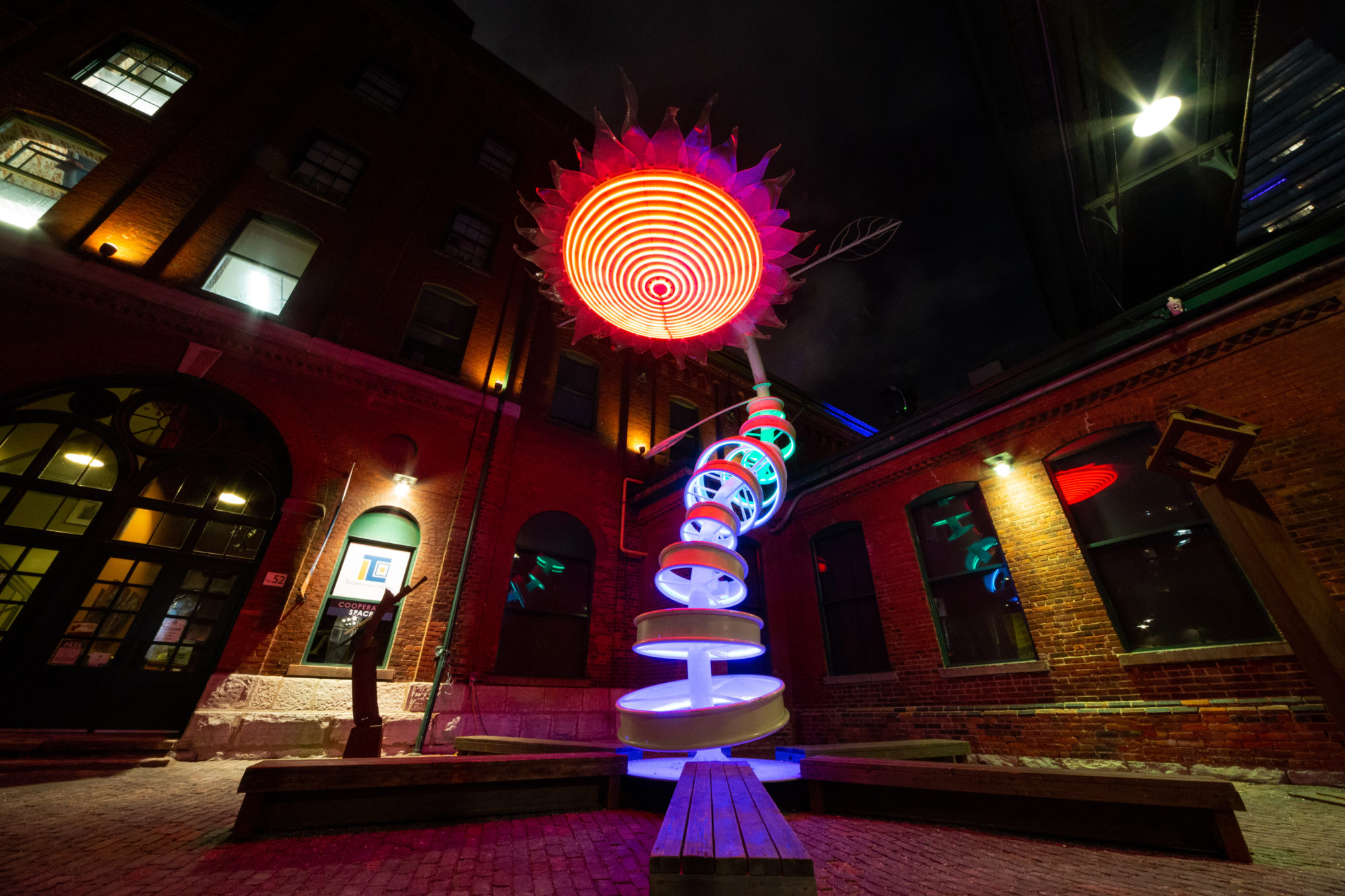 There are also nine giant astronauts sculptures hidden around the Distillery District, made by Aussie art studio Amigo and Amigo. The collection is called “Sydmonauts,” and is meant to honour the heroes of space travel: 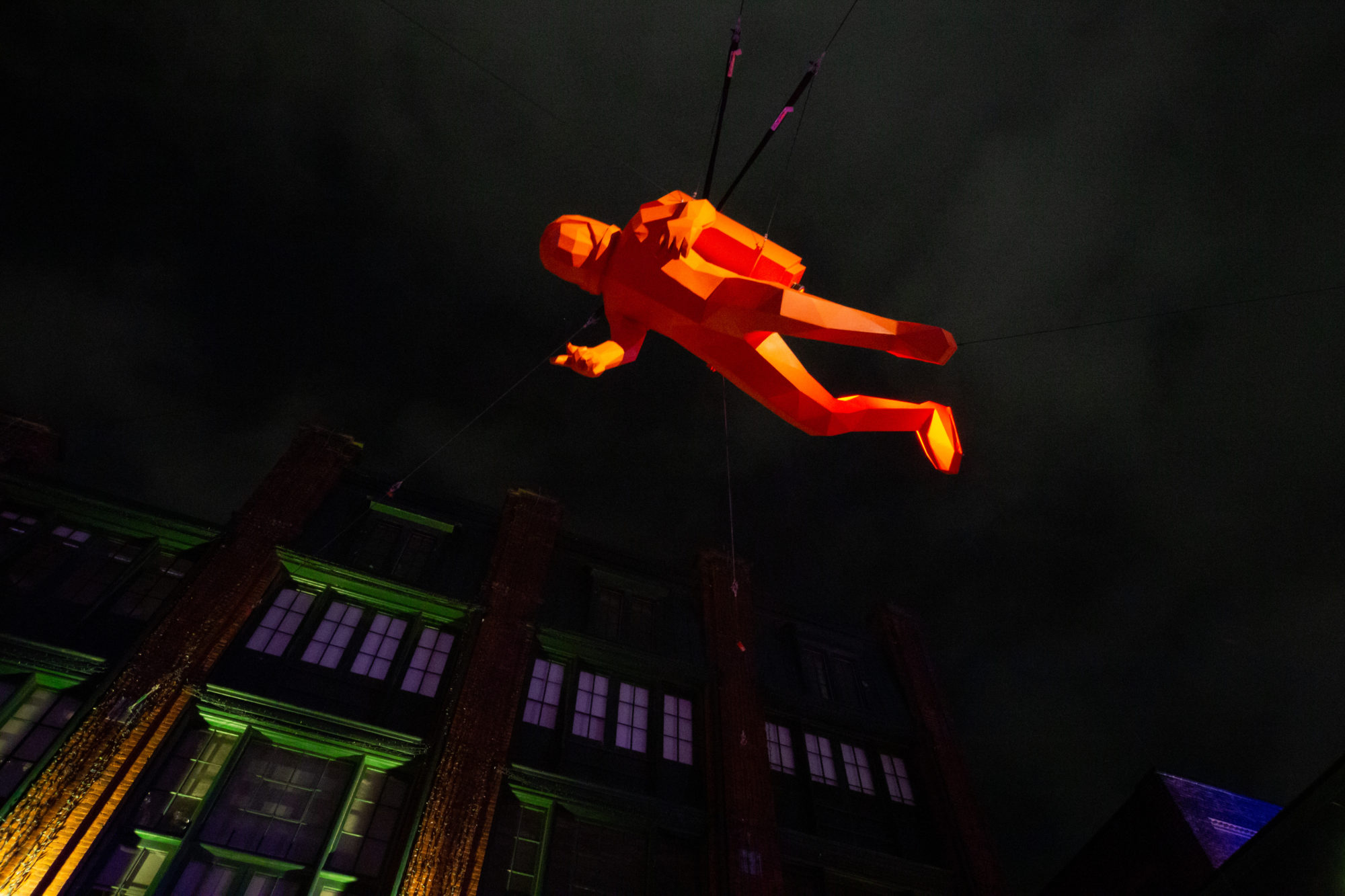 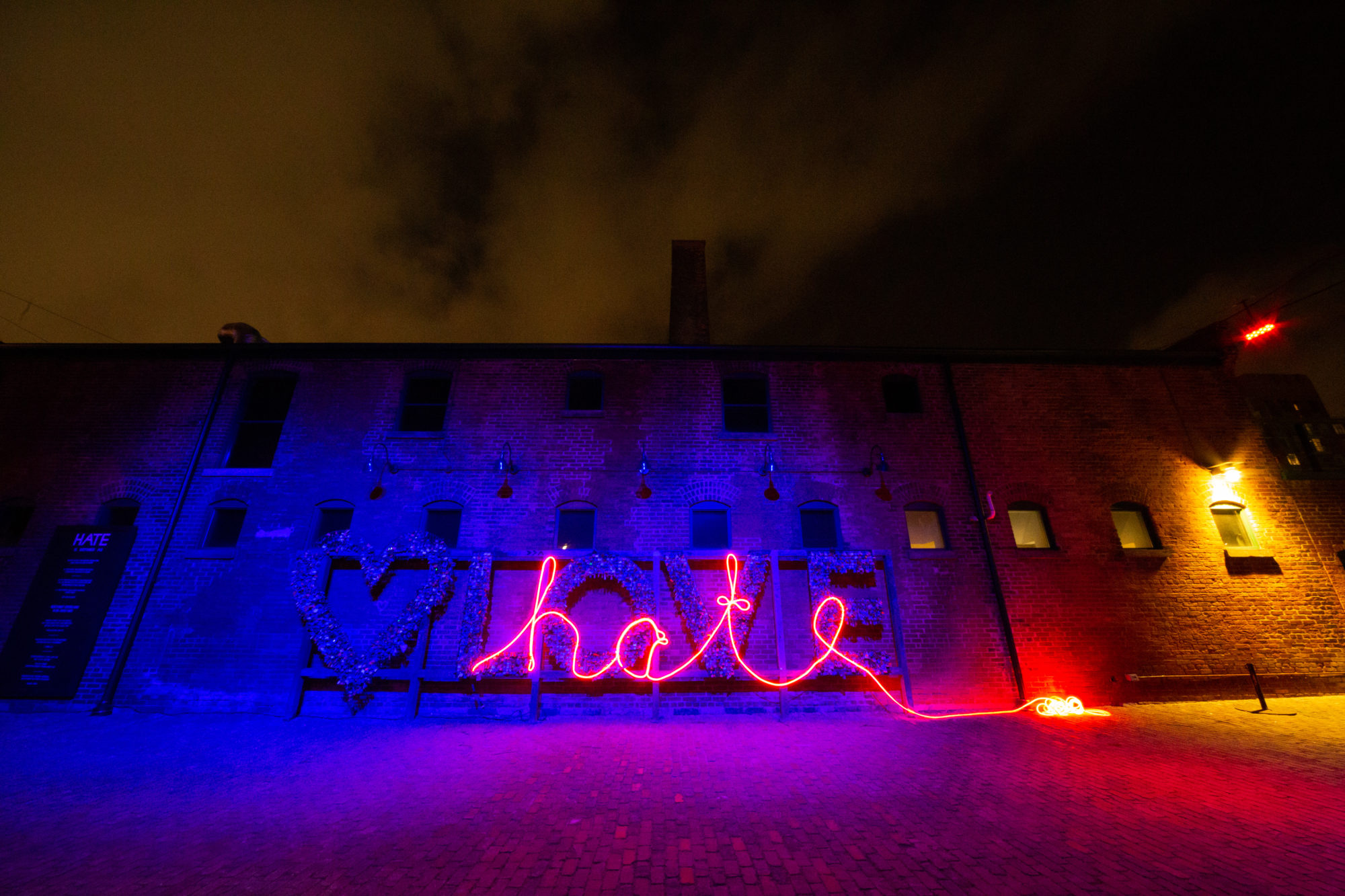