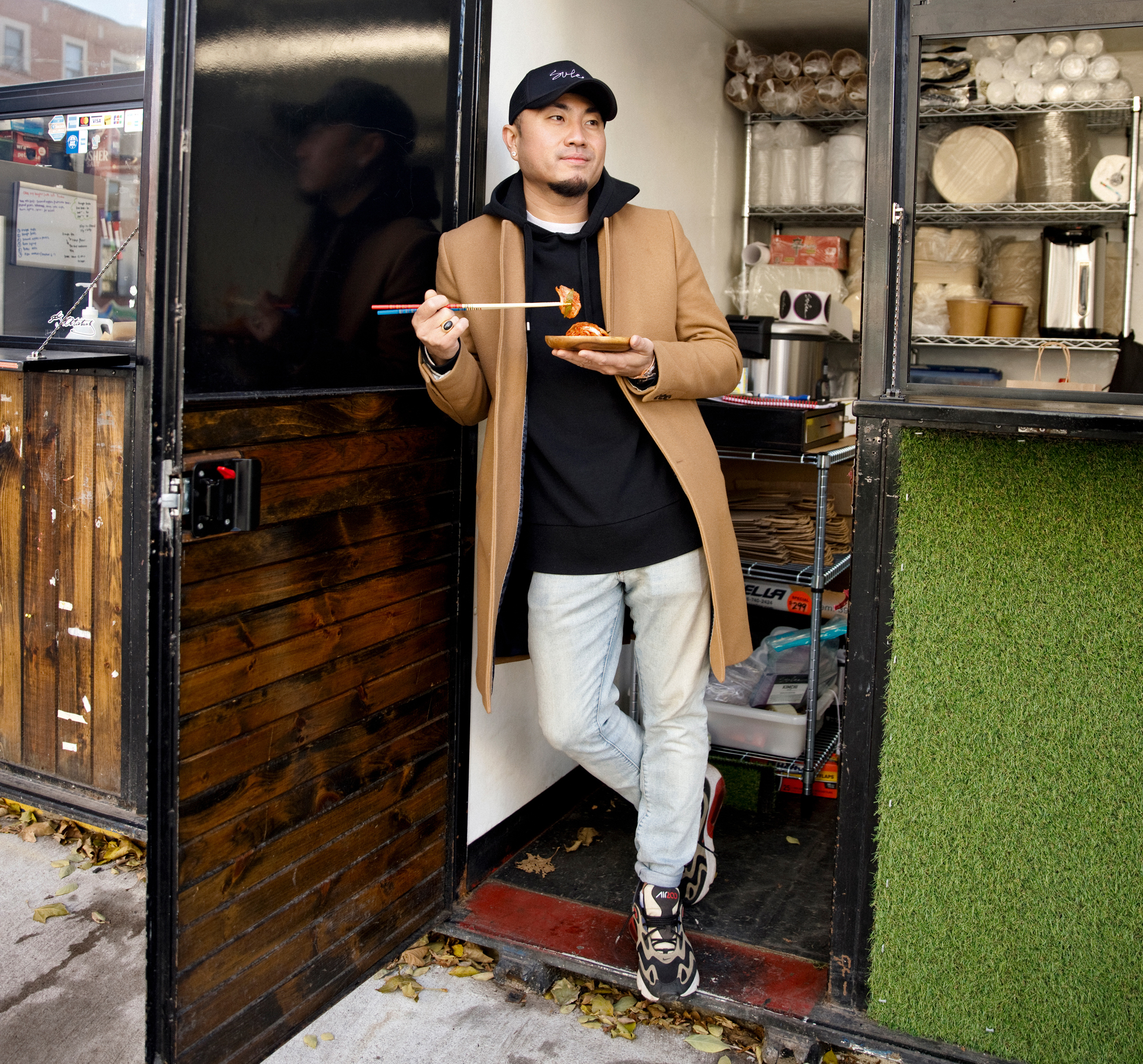 Mike Won was an account manager at a corporate currency exchange when the pandemic hit. He went from travelling for work several times a year to working at a desk, cooped up in his bedroom, and decided to reinvent himself with something that would honour his mom. Here’s his story.

—As told to Rebecca Tucker

“I spent more than 10 years working for Cambridge Global Payments, one of the largest bank independent providers for currency risk management and integrated payments solutions in North America. I loved my job, and I was one of the top sales reps in my group. In December of 2016, I was devastated to learn that my mother had Stage 4 lung cancer. Everything came to a halt. I had one thing in my mind: caring for her and making her as comfortable as possible throughout the process. Returning to work wasn’t on my mind at all—nothing mattered except helping her. It was an uphill battle, and she eventually passed in January of 2018.

“I ended up in a dark place—so dark that I eventually resigned from the company I loved. I knew that I couldn’t go on with the mental state that I was in. After taking a year off, I reached back out to the company’s senior VP of enterprise sales, Chris Morris, and told him I was interested in returning to work, and he welcomed me back. At the time, Chris was building a team from the ground up, and I became the first fintech associate in the enterprise group, selling integrated payment solutions to large corporations in the U.S. After a year, I got promoted to account manager. I was making six figures and travelling several times per year, visiting places like Chicago, Phoenix and Las Vegas. Seeing new places was energizing and invigorating.

“When Covid set in, I went from travelling all the time to working alone from a desk beside my bed. I was cooped up, and because there was no separation between my home life and my work life, my anxiety started to spike. I was also depressed. I had never stopped thinking about my mom, and I thought about her even more in lockdown. I was haunted by the idea that I hadn’t done enough for her when she was around.

“Within a few months, I’d lost much of the motivation that had made me successful, and so, in September of 2020, I resigned from Cambridge again. My bosses were in complete shock: I was a valued employee. I told them I wanted to do something more personal, and they understood. Still, it was incredibly difficult to leave an organization that had given me so many opportunities. My girlfriend was also stunned. We were okay financially—she has a good job, and I had money saved—but she was frustrated that I was quitting my job, and during a pandemic, no less. In the end, however, she supported me.

“I realized I wanted to live my life in a way that reflected how important my mother had been to me. If the pandemic hadn’t happened, and if I had continued to travel and stay busy and engaged, I might not have figured that out. My mother’s passion was cooking; she worked in restaurants for more than 30 years, specializing in Korean cuisine. Her specialty was kimchi. In a Korean household, kimchi is everything. It’s versatile enough to work in many dishes, but also as a side dish called banchan. Inspired by my mother, I teamed up with my sister Su Jin to create a kimchi business called SuLee Kimchi, a combination of my mother’s first and middle names. We started on Instagram and Facebook in April of 2021, delivering kimchi across the GTA. The idea turned out to be perfect: as more lockdowns came, more people were ordering takeout. We’re now selling our kimchi at McEwan Fine Foods, convenience stores across Toronto and an online market called Toronto Market Co.

“We’re rapidly scaling up. On Boxing Day, we opened a takeout restaurant in Market 707 at Bathurst and Dundas, called SuLee Dosirak, offering Korean braised meats, plus a plethora of side dishes in a bento style we call dosirak. We’ve accomplished so much in a short period of time—and seeing my mom’s name on store shelves is an amazing feeling. It took a pandemic to help me figure out what to do with my life. Now I’m carrying out my own vision, and that’s building an empire and a legacy for my mom.”