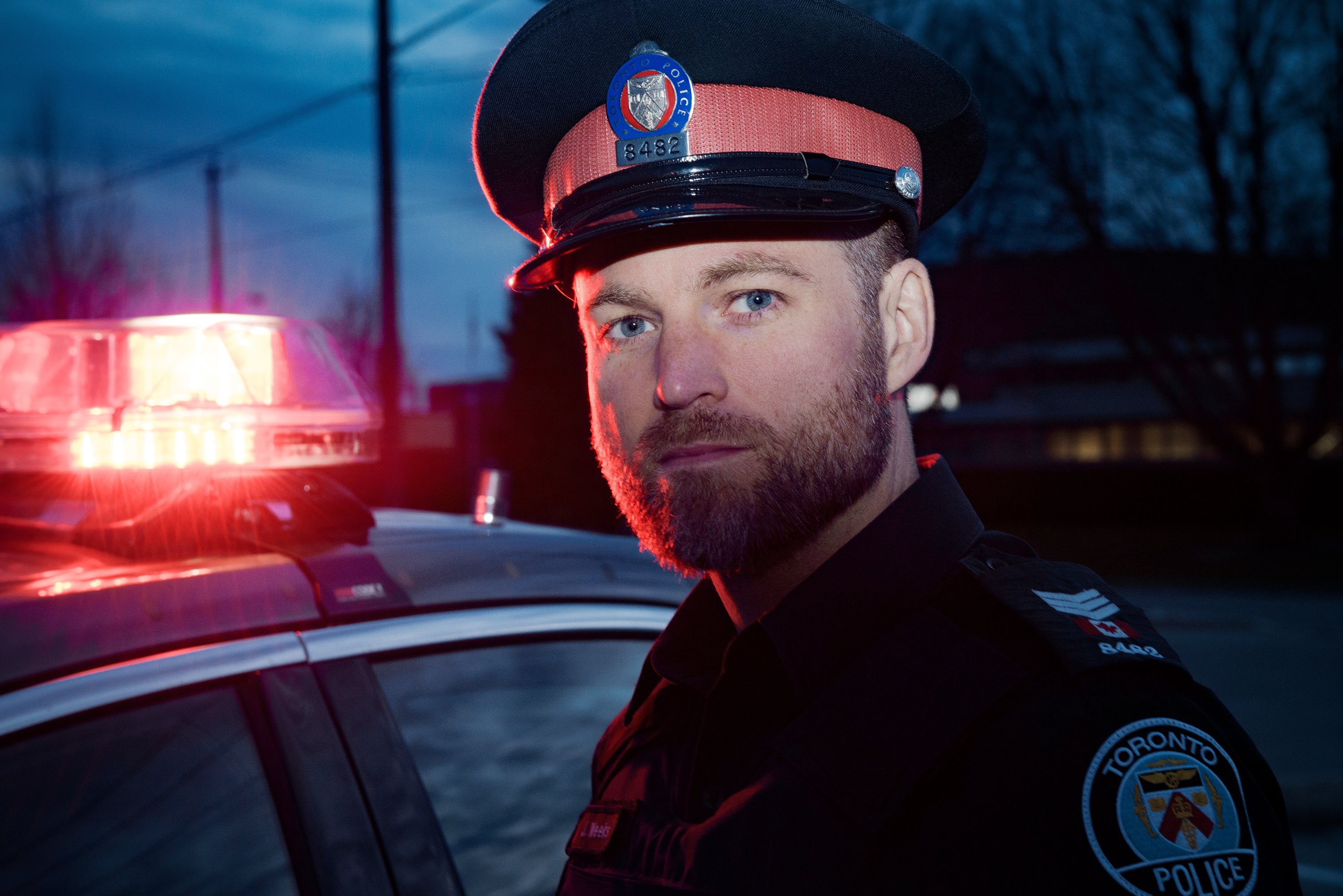 Since the province declared a state of emergency in late March, Toronto police officers have been working in conjunction with Toronto Public Health bylaw officials to make sure everyone knows—and sticks to—the new rules. Toronto Life spoke to Jesse Weeks, a sergeant with 55 Division, to get a better sense of the dos and don’ts of social distancing, what kind of behaviour will earn you a ticket, and whether—for the love of green space!—we’re allowed to hang out in parks or not.

How has your job changed since the Covid-19 outbreak?
I’m at 55 Division, which is in the east end—the Danforth, the Beaches. I’m one of four sergeants who oversee the neighbourhood safety unit, which means we’re boots on the ground, engaging with the public, running youth engagement programs. Normally we spend a lot of time policing events like concerts and festivals, also doing training, going to court. Since Covid-19 became a serious issue, all of that has been cancelled. My team has been focused on leading the education and enforcement blitz, which started in early April.

So what powers do officers currently have that they don’t usually?
When the province declared a state of emergency, we were granted the ability to enforce the Emergency Management and Civil Protection Act, which is the provincial act that prohibits organized events and social gatherings of more than five people. And then we’re also enforcing the new municipal bylaws that apply to parks and green spaces.

And in your case—beaches?
Yes. We have Woodbine Park in our district, which also includes Woodbine Park Beach. That made the list of the top 20 places where people were gathering in groups, so we’ve put a lot of our focus there.

We’ve seen how beaches present a seemingly irresistible draw in Florida and even B.C. Has that been an issue here too?
There were definitely some days this month when we had milder weather, which was a challenge in general and at the beaches particularly. The rule is that you can’t be in a group of more than five unless you all live in the same household, so in a lot of cases we’ve had to approach people and inquire. More people means more groups to investigate. We’ve also dealt with complaints about people playing group sports—even if they’re keeping their distance, playing sports is still considered a gathering.

It can’t be easy chasing down a group of errant Frisbee players in the sand.
Ha. The sand is not easy. We have been using Big Red, which is what we call one of our patrol vehicles—essentially a heavy-duty golf cart. People see us riding around, they wave. People have mostly been really supportive and doing their best to stay safe. It’s a very small percentage who are breaking the rules.

What sorts of offences are you seeing most frequently?
In parks, it’s definitely the physical distancing—people failing to remain two metres apart and gathering in groups of more than five. I recently approached a group of seven people down at the R.C. Harris Water Treatment Plant, which is an open green space. They were wearing masks and gloves, so they were obviously making some effort. But they didn’t live in the same residence—there were grandparents there who don’t live with the rest of the family. It’s possible they were just confused. That’s one thing a lot of people aren’t clear on: even if you’re standing two metres apart, you still can’t gather if you’re more than five people.

Just so we’re clear: are we allowed to spend time in parks if we’re observing social distancing and in a group of five or less?
Well, if you look at the messaging from the province and public health, we are still focused on staying home as much as possible. But is that something my team has been giving out tickets for? No.

Would you say people are generally breaking the rules because they don’t understand them or because they don’t want to follow them?
There was a lot of confusion, especially when we first started the enforcement and education blitz a few weeks ago. And I get it. There is definitely some nuance and room for interpretation. Sometimes people will see other groups walking around together. They’re people who live in the same household, but whoever is seeing them doesn’t realize that, so they think, Oh, it’s okay to get together with my friends. And in parks, amenities are closed, but there is a lot of confusion around what we mean by that. It’s playgrounds but it’s also picnic tables, gazebos, parking lots, volleyball courts…

But not park benches. At least not as of Friday, when the mayor walked back that particular rule. Was that the right call?
That’s probably a good compromise. Particularly for people who may be older and need to take a rest while they’re out getting some exercise. Those aren’t people we want to be targeting.

What are some of the more egregious incidents you have witnessed?
Earlier this month, my team was issuing a lot of tickets to people who were stopped and warned by police, but then didn’t follow instructions. There were two skateboarders at the Stan Wadlow skate park. One of the officers on my team asked them to leave, but when the officer came back a few hours later, they were there again. So that was two $750 tickets. Another example was a group of people who were using the amenities at Flemingdon Park—they were sitting in the bleachers.

Do you have a way of tracking repeat offenders?
When we issue cautions, we enter that information in a database. But that was when we were doing more warnings. As of April 11, we moved to a zero-tolerance approach.

Meaning no warnings, just tickets?
There is still room for officer discretion. The chief calls it “zero tolerance with common sense.” If a kid breaks social distancing rules by accident, we’re not going to write their parents a ticket. But yes, it does mean that we are going to be less likely to issue warnings. It’s been almost a month now, and people should know.

We’ve seen some pushback from people who feel like the rules are too strict. The Canadian Civil Liberties Association has said they are tracking tickets and will consider contesting them when this is over. What are your thoughts?
People can fight their tickets if they feel they have the grounds to do that. The police absolutely have a lot of power in the current circumstances, and it’s a responsibility I take seriously. Maintaining public trust is crucial for us to do our jobs effectively. I’ve had conversations with my officers about using their authority carefully. I’ve encouraged them to call me if they feel they want support in terms of how they deal with a specific situation.

How concerned are you about your own safety?
For the last few days I’ve been on strategic reserve, which means I’m at home. The idea is to make sure there’s never a scenario where everyone on a particular team is exposed to the virus and unable to work. We’ve implemented a lot of safety measures in our office. Everything is being wiped down, and most officers are working alone rather than in pairs. We are practising physical distancing when we interact with the public. That’s not always possible, but we do our best. There’s a certain amount of risk, but that’s just part of the job. It’s what we signed up for.

Do you worry about a second wave of bad behaviour as the weather gets warmer?
That’s definitely something we’re preparing for, but I do think we’ve made a lot of progress in terms of educating the public. We had nice weather on Saturday, and people were a lot better about social distancing and groups over five at the beach. We didn’t issue any tickets, so that’s encouraging. Of course, we’re prepared to up our enforcement if the need arises.

Are we talking high-speed chases in Big Red?
Ha, I guess that depends on what you mean by high speed. It doesn’t go very fast.