“There’s been a huge turnout, especially for cornhole”: What it was like on U of T campus during the first frosh week in two years

“There’s been a huge turnout, especially for cornhole”: What it was like on U of T campus during the first frosh week in two years 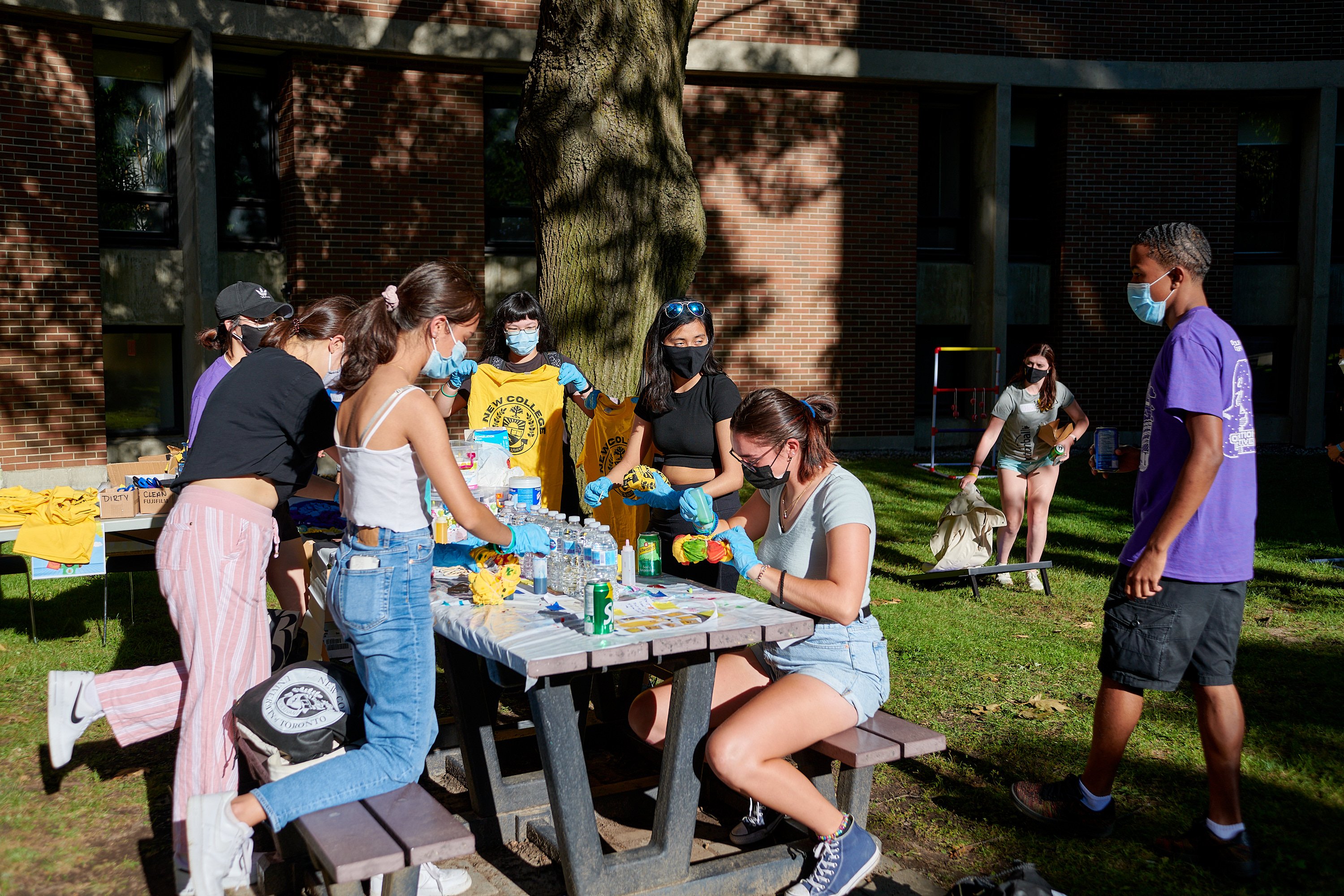 After last year’s Zoomified frosh weeks, thousands of Ontario students were back on campus this week for in-person orientations. On Wednesday, U of T’s New College held a CarNEWval—one of several IRL events the college held for its 1,200 frosh—with activities like tie-dying shirts, carnival games, giant Jenga, cornhole, a photo booth and more. We dropped by and asked some of the students what it was like to be back on campus after a tumultuous 17 months. 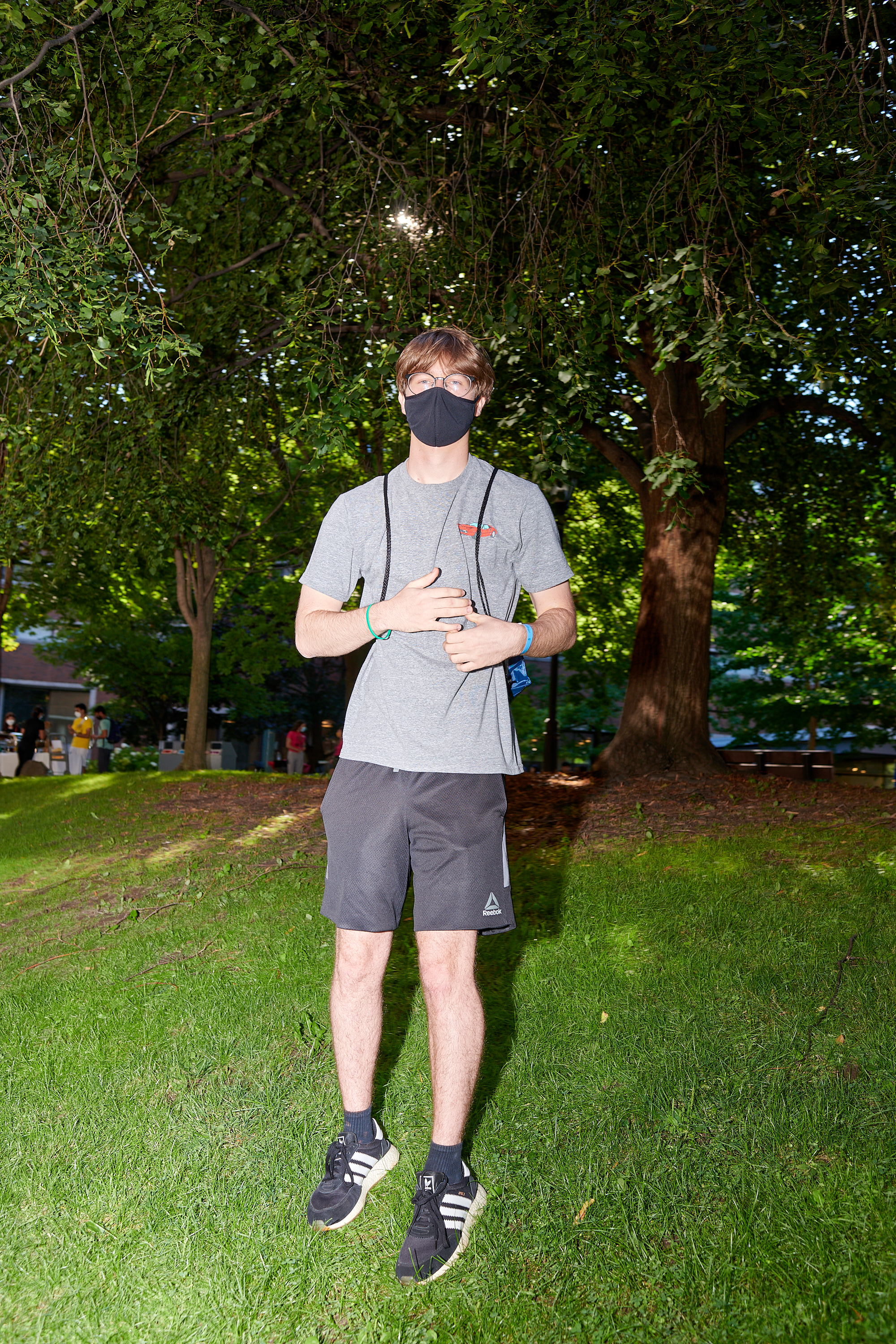 Griffin Edwards, 19, a first-year political science and international relations major
“The university experience isn’t just classes—it’s also about meeting people. Last year a lot of people missed out on that. I’m not a very social person, but after the pandemic, I think we’re all eager to make friends. So far it’s been really easy to just talk to people. I’ve met people on tours of campus and it’s been fun exploring Toronto. I came here from Bangkok, Thailand, so it’s pretty cool to see streetcars whizzing by, I’d never seen one in person before.” 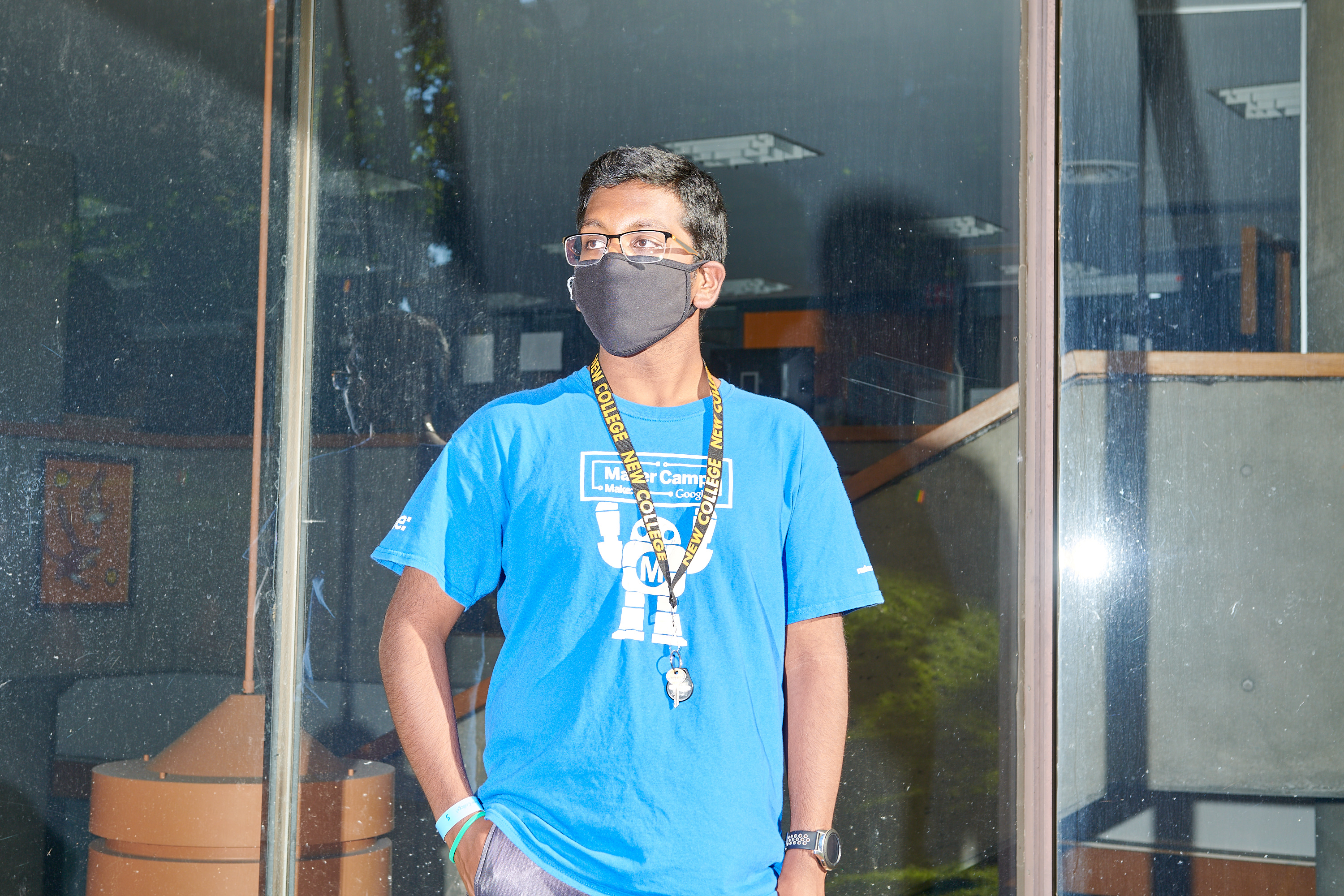 Krishna Cheemalapati, 18, a first-year computer science major
“I came to U of T from Connecticut. It’s nice to able to discover the city. I love how U of T’s campus has the same architectural contrast as the city does, from old Victorian buildings to the new modern glass ones. Highlights of the first week for me so far were a movie night—we watched The Truman Show—and meeting all sorts of people doing activities that probably would have been impossible a year ago.” 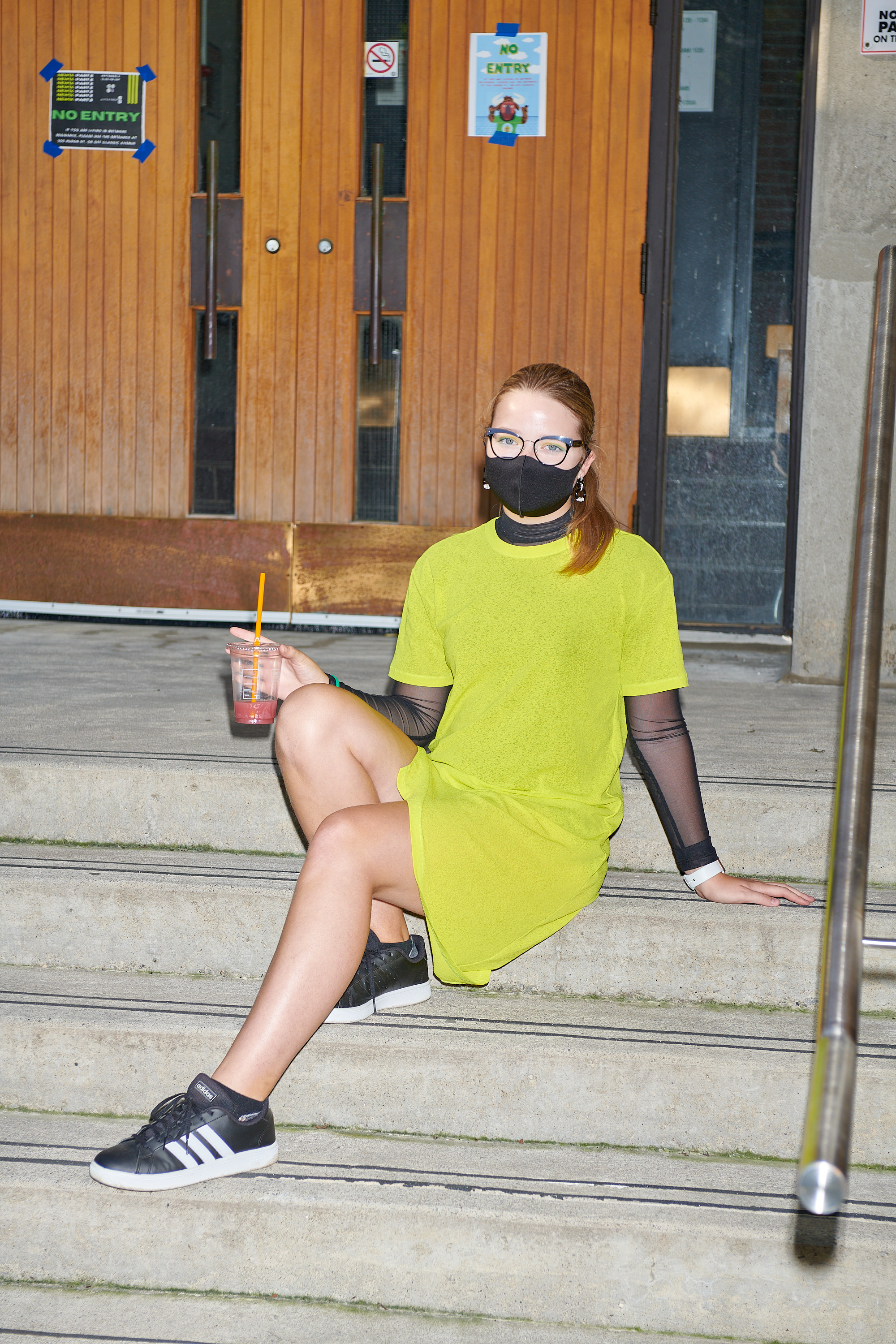 Cat Ziabko, 18, a first-year life sciences student
“I’m not very good at making friends online. I prefer being outgoing and talking to people instead of typing words in front of a screen. That’s why it’s been pretty exciting to be able to go around campus this week and actually see other people and have normal human interactions. Number one on my checklist is trying out all the different restaurants downtown, and it’ll be great to visit Queen’s Park and the waterfront.” 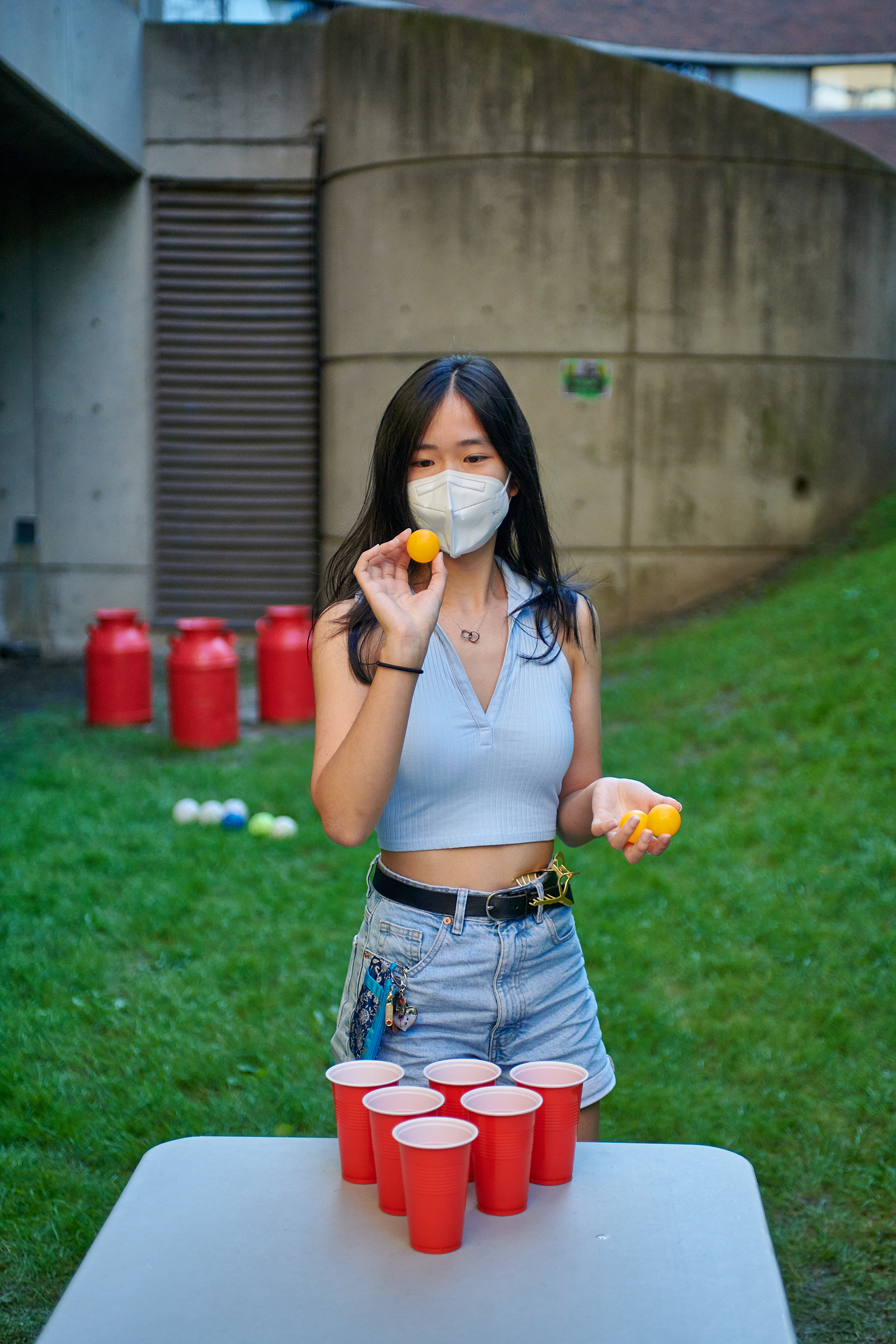 Melody “Mel” Wang, 17, a first-year life sciences student
“I moved here from Xiamen Island in China, where you can drive from one end of the island to the other in 40 minutes. Coming to Toronto for the first time ever has been a huge change. It seems like the city just keeps going and going. It felt like I knew everyone in my small island, so it’s really major for me to able to meet all these new people at my new school. I’m very happy that things like the library and dining halls are open for us to hang out and study. It would have been sad if we were all just stuck in our rooms isolated from each other.” 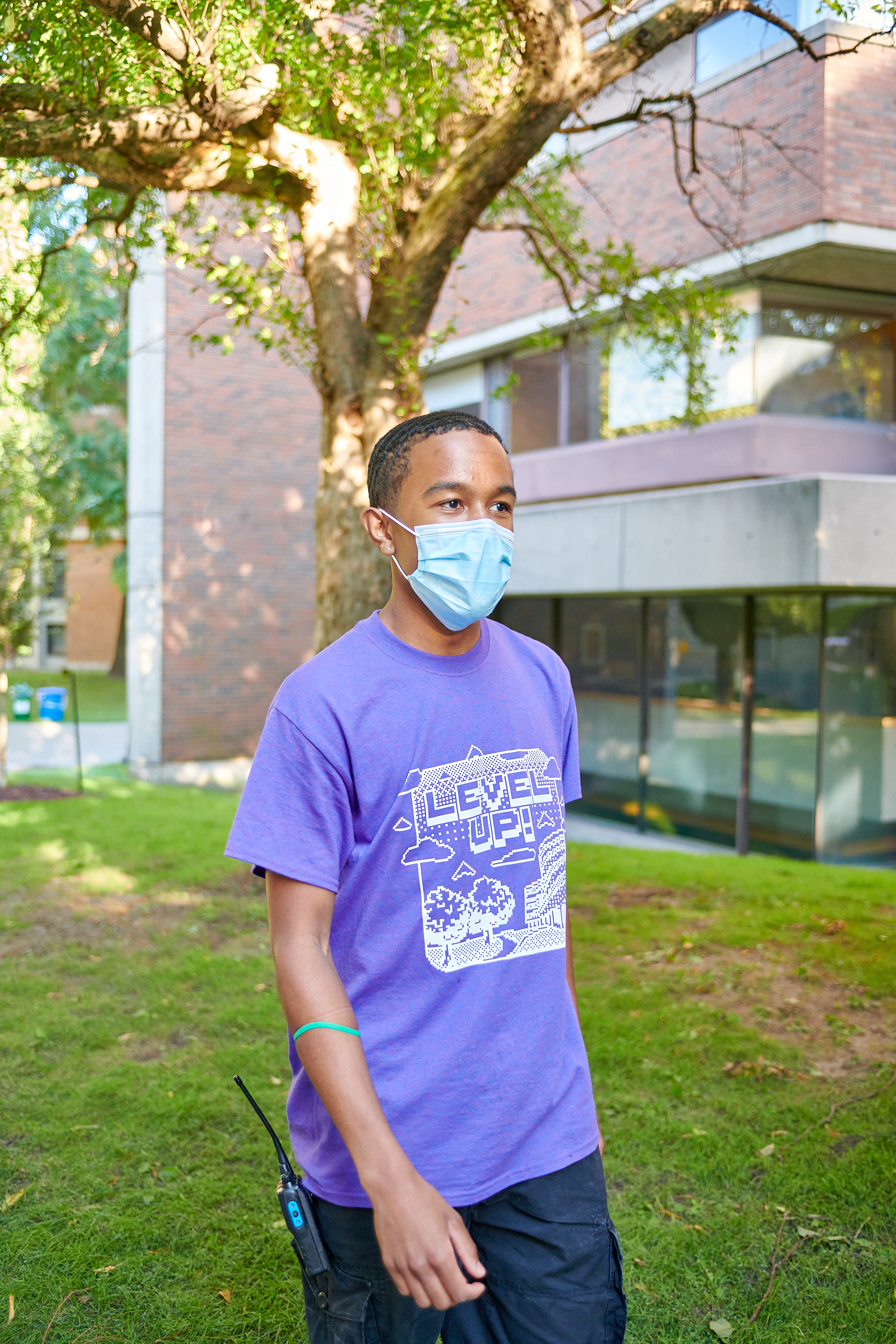 Adam Rudder, 21, a fourth-year psychology and philosophy major
“As orientation executive, I helped plan today’s event and other activities for New College. It was important for me to host in-person events this year because I wanted new students, as well as our second-years who missed out in 2020, to have the same orientation experience that I had when I was a first-year. Virtual engagement has been great throughout the pandemic, but you could tell there are certain elements missing—those interpersonal relationships and connections that you can’t get through technology. And I’m glad our new students are now able to get that.” 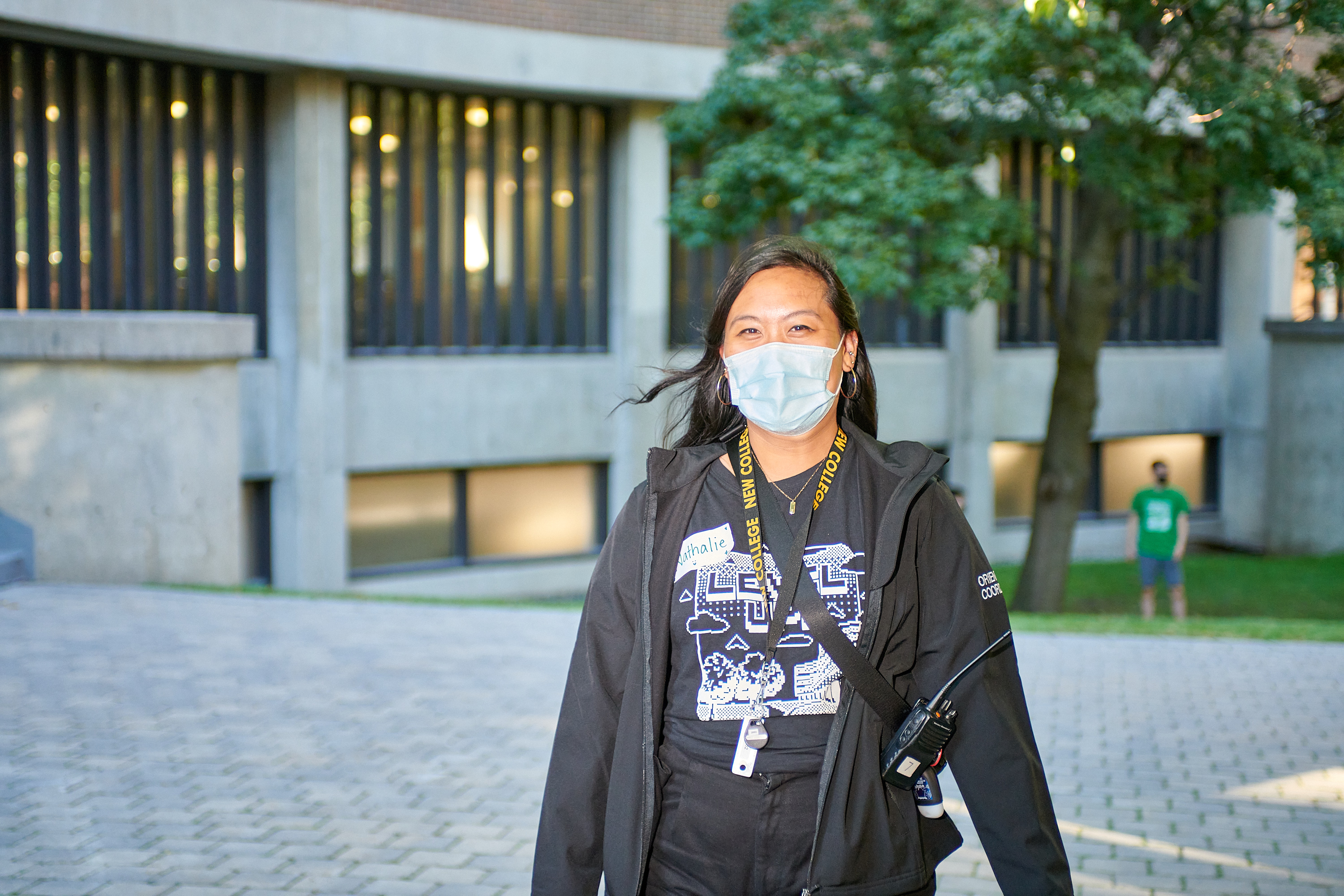 Nathalie Sagisi, 21, a fourth-year physiology and health and disease major
“I’m an orientation coordinator at New College, and this week has been wonderful. Simply seeing those new students interacting with one another and doing fun activities is the biggest thing for me. We’ve all had Zoom fatigue during this pandemic, so it’s great to have a break, even if it’s just taking a couple of pictures in the photo booth we set up. It’s important for students to memorialize their first week of school, even if we’re all still wearing masks in the photos!” 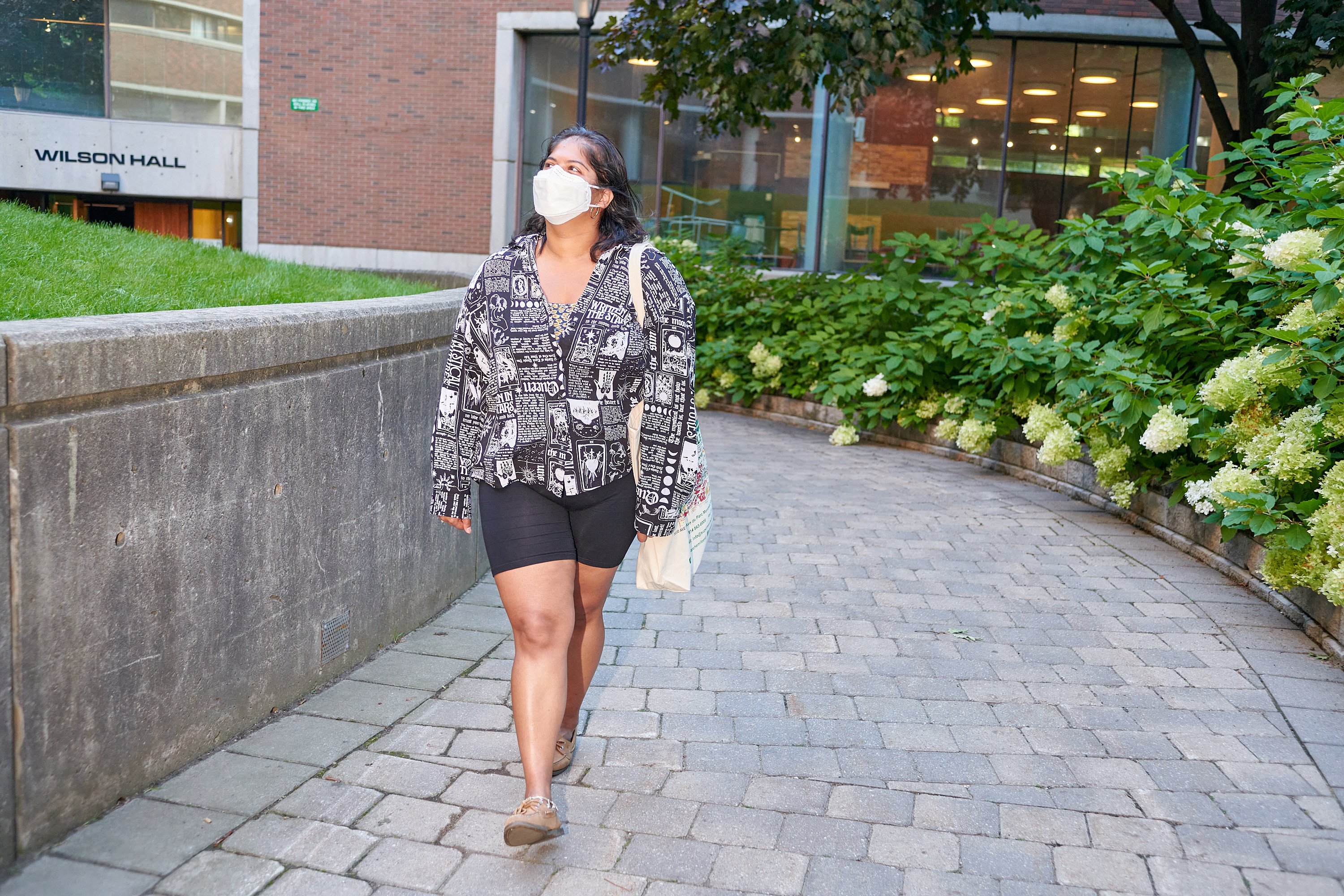 Sarah Zaman, 21, a fourth-year global health major
“I’m a don at New College, and it’s special to finally see students socializing on campus again. I think everyone can agree that the whole virtual aspect of school last year has been very mentally draining. Sitting in front of your laptop alone in your room for hours on end is not healthy, mentally, physically or socially. And so I think having in-person activities gives students the space to get to know each other and become engaged in the community we have here. Striking friendships was a big challenge for many students last year, but it warms my heart to see so many first-years become friends in the last few days.” 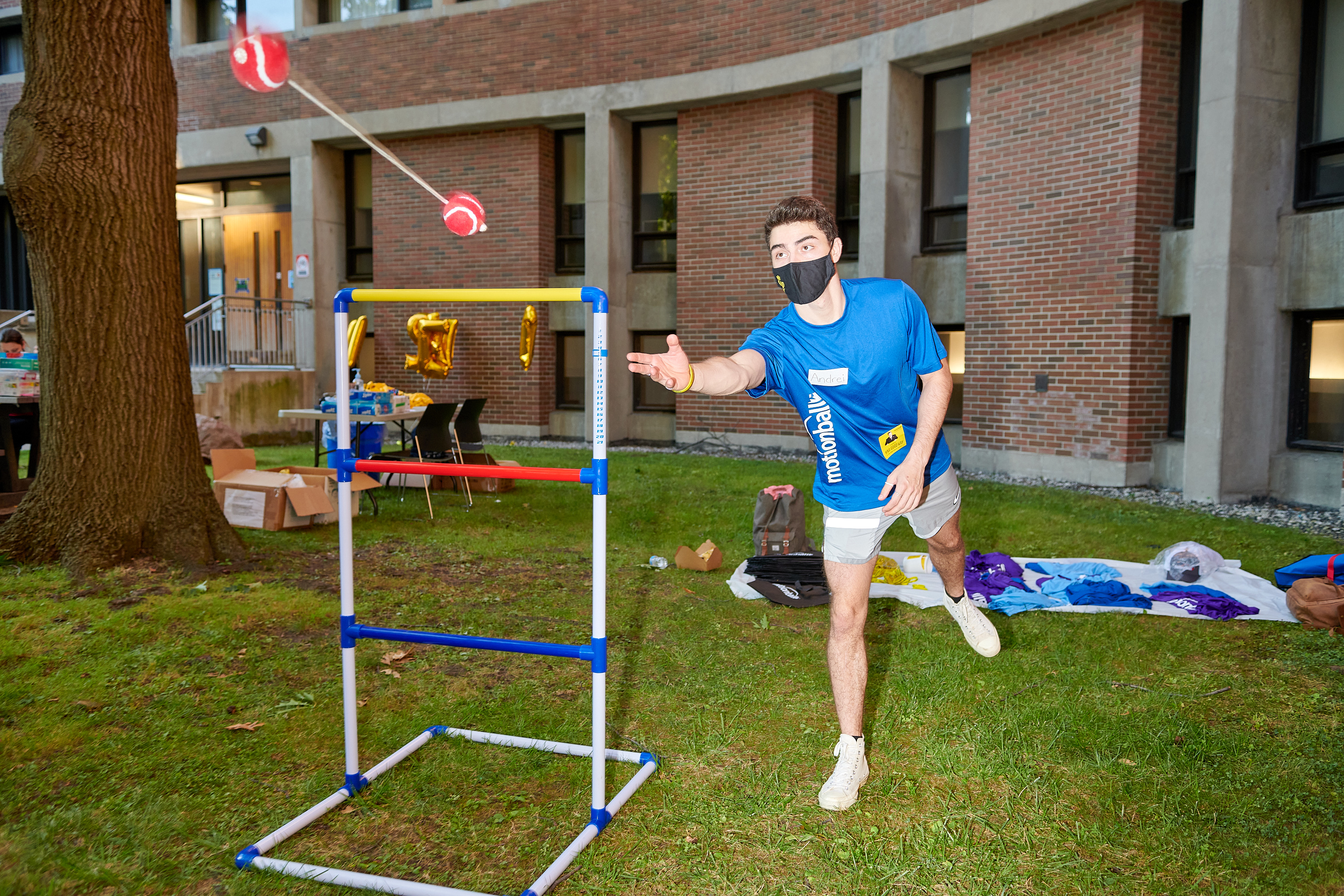 Andrei Uzumtoma, 20, a third-year kinesiology and sociology major
“I’m here representing Motionball, which is a national non-profit that raises funds and awareness on university campuses across Canada for the Special Olympics. We helped organize this event to engage students and share with them all the ways to help others, which is more important than ever during this pandemic. Games are also one of the best ways for people to connect, and there’s been a huge and competitive turnout today—particularly for cornhole, which is always a Toronto favourite.” 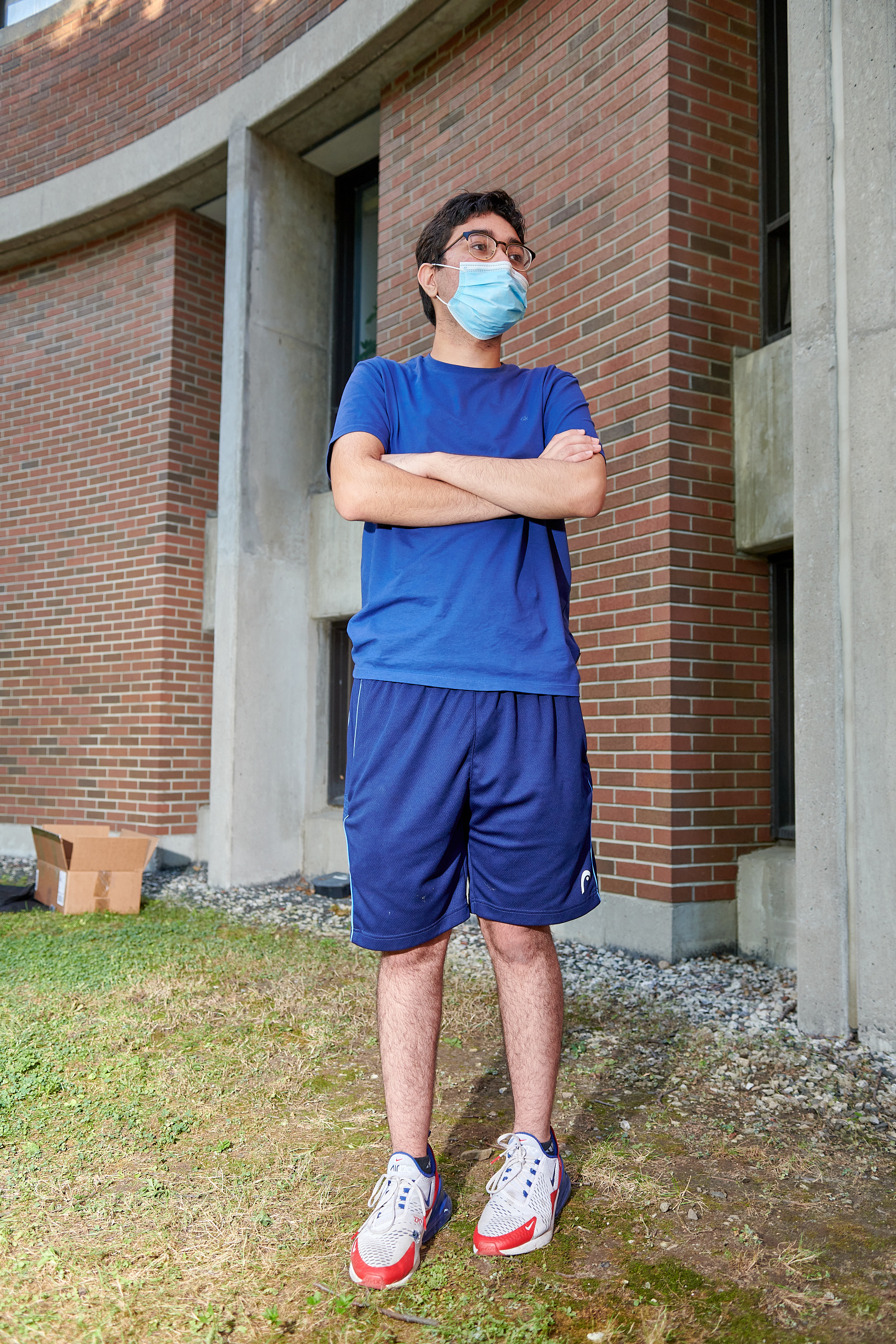 Armaan Birdi, 17, a first-year computer science major
“I feel so grateful to be on-campus socializing with people. In a weird way, I’ve had to relearn how to speak to others face-to-face after spending so much time in isolation because of Covid. There are a lot of fun games I’ve tried out for the first time today, like ladder toss, and I’ve discovered that I’m terrible at most of them. But it really doesn’t matter. I’m savouring these new experiences, even if I’m struggling to keep track of the names of all the people I’ve met. It’s all exciting and foreign to me, and that’s what university is all about.”