The Questionnaire: Three airport bosses on the state of air travel

The Questionnaire: Three airport bosses on the state of air travel 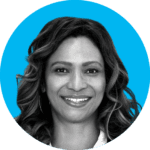 Dream job as a kid: “Psychiatrist. My father, Magnus, was a doctor.”
Career mentor: “My mother, Valerie. She came from a rural town in Jamaica, immigrated to Canada in the 1960s and raised four children.”
Celebrity doppelgänger: “People say Beyoncé. We’re both Virgos.”
Best way to pass the time on a long flight: “A good book. Right now, I’m reading Such a Fun Age by Kiley Reid.”
Go-to in-flight snack: “Anything salty.”
What travellers don’t understand about airports: “It’s a network involving many different organizations, all of which play a role in the passenger experience.”
Toughest challenge you’ve faced during the pandemic: “In the summer of 2022, we went from being shut down to having a 300 per cent growth curve.”
A simple fix to eliminate airport lineups: “Reserving your security spot ahead of time. You can do that at Pearson now.”
In the next five years… “We want to launch security pre-clearance and a global entry system, like Nexus but for travel beyond Canada and the US.”
Airport CEOs make so much money because… “You want the most highly sought-after people. Airports are responsible for billions in economic output and thousands of jobs.” 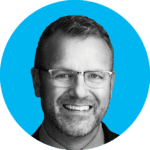 Dream job as a kid: “A firefighter or police officer—pretty typical.”
Career mentor: “In my early 20s, I had a manager who really believed in me. She said, ‘I’m going to give you a balloon. Fill it and take it where you need to go.’ ”
Celebrity doppelgänger: “Some people say that I look like Jürgen Klopp, the manager of the Liverpool Football Club.”
A simple tip for getting through airport security: “Make sure there’s nothing in your pockets. Oh, and get Nexus.”
Go-to in-flight snack: “Stroopwafels, thin little waffles with caramel inside.”
Hardest part about operating an airport: “It’s like a mini city. You have so many people coming together in one location—anything can happen.”
What travellers don’t understand about airports: “We don’t own and operate everything in the airport. Customs is controlled by federal agencies; baggage is handled by the airlines.”
Toughest challenge you’ve faced during the pandemic: “Trying to forecast passenger numbers when you don’t know how long Covid will last.”
In the next five years… “We want to have US pre-clearance to allow people to enter the States seamlessly.”
The future of flight is… “Exciting. Electric aircraft will be huge for short-distance travel.” 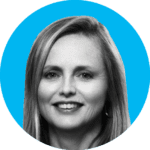 Dream job as a kid: “A pilot, because I wanted to visit exotic places.”
Career mentor: “My father, Brian Chadwick. During my teens, in the ’80s, I worked at his appliance store. It gave me a chance to see his strong work ethic.”
Celebrity doppelgänger: “Kirsten Dunst.”
Travel pet peeve: “People trying to jam their luggage into the overhead compartments. It disrupts the entire boarding process.”
A simple tip for getting through airport security: “Fly through Hamilton. We’ve got a small, friendly facility.”
Go-to in-flight snack: “Those boxes with nuts, cheese and crackers. They’re healthy and not too messy.”
Next vacation: “I’m going to Naples, Florida, with my partner, Gregg. We’ll visit family, play some golf, rest and relax.”
Hardest part about operating an airport: “Coordinating everything, from the facilities to the businesses to the travellers and more.”
Toughest challenge you’ve faced during the pandemic: “Working with all three levels of government to ensure that travellers are safe.”
The future of flight is… “Green. Airports can help tackle climate change. We need to move away from carbon and invest in new fuels and electric aircraft.”