Moments ago at Old City Hall, as part of a peace bond hearing that resulted in his last sexual assault charge being withdrawn, Jian Ghomeshi read his first public statement since October 2014. The text below was copied from a written version of the statement, not transcribed from an audio recording of Ghomeshi’s speech.

I want to apologize to [the complainant, Kathryn] Borel for my behaviour toward her in the workplace. In the last 18 months, I have spent a great deal of time reflecting on this incident and the difficulties I caused Ms. Borel, and I have had to come to terms with my own deep regret and embarrassment.

I enjoyed a position of privilege in my job at the CBC as the host of a program I loved. I was a person in a position of authority and leadership, and I did not show the respect that I should have to Ms. Borel. I did not always lead by example and I failed to understand and truly appreciate the impact of my conduct on Ms. Borel’s work environment. That conduct in the workplace was sexually inappropriate. I realize that there is no way for me to know the full impact on her personally and professionally. 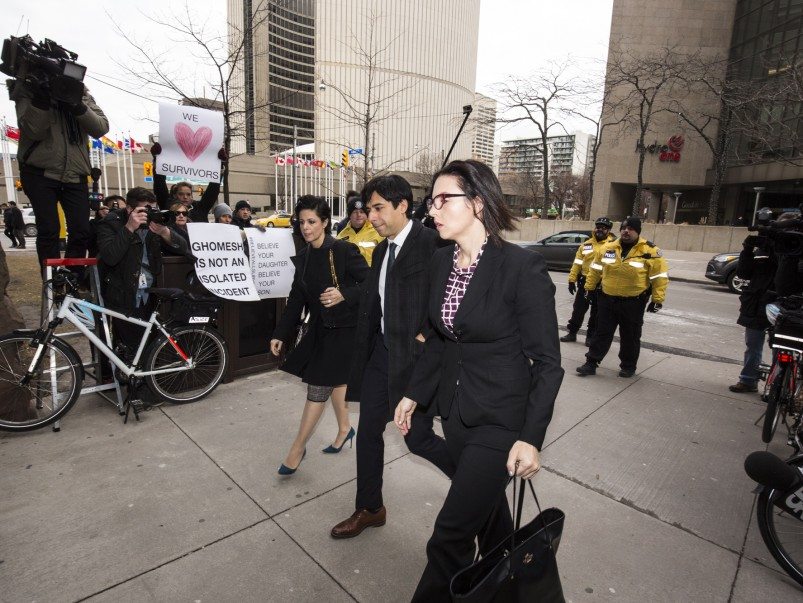 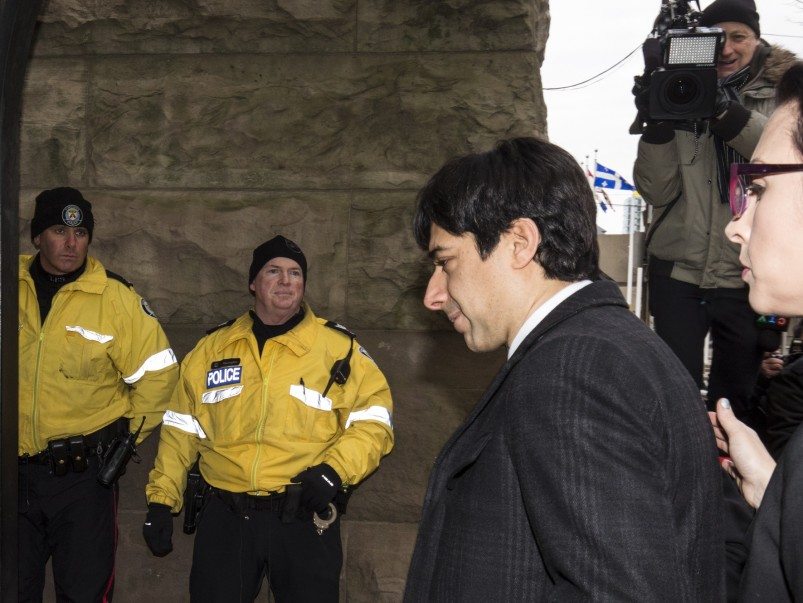 What is a peace bond, and what does it mean for Jian Ghomeshi?

I now recognize that I crossed boundaries inappropriately. A workplace should not have any sexualized tone. I failed to understand how my words and actions would put a coworker who was younger than me, and in a junior position to mine, in an uncomfortable place. I did not appreciate the damage that I caused, and I recognize that no workplace friendship or creative environment excuses this sort of behaviour, especially when there is a power imbalance as there was with Ms. Borel. This incident was thoughtless and I was insensitive to her perspective and how demeaning my conduct was towards her. I understand this now. This is a challenging business to be in and I did not need to make it more difficult for Ms. Borel. The past 18 months have been an education for me. I have reflected deeply and have been working hard to address the attitudes that led me, at the time, to think that this was acceptable.

I apologize to my family for letting them down and in particular for the impact that all of this has had on my dear mother and sister. I apologize for the burden my actions have placed on those dear friends who have stood by me throughout this difficult time. I regret my behaviour at work with all of my heart and I hope that I can find forgiveness from those for whom my action took such a toll.