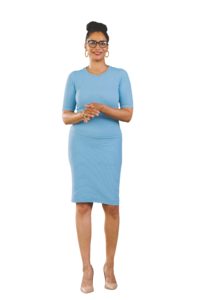 You’re in charge of Pearson airport, so let’s start with the question everyone is asking: when am I getting on a plane again?
A full return will come in stages, and with the appropriate protocols in place. In some cases, air travel is allowed now between certain low-risk countries. Canadians are flying to the EU, Australia, New Zealand and the Caribbean.

And yet you can’t find an epidemiologist who recommends getting on a flight at the moment. Does that tension between economic survival and safety put you in an awkward position?
Health and safety of course come first, although there is a growing number of health and policy experts, like Lynora Saxinger, an infectious diseases doctor at the University of Alberta, indicating that air travel may be safer than many indoor gatherings.

At Pearson, what are you doing to keep passengers safe?
In June, we launched our Healthy Airport program. We brought in an industrial hygienist, optimized airflow patterns and installed a hospital-quality air system and 400 hand sanitizer stations. Right now, temperature checks are done by scanning your forehead, but soon passengers will walk through a portal that uses thermal-imaging cameras.

What’s this I hear about robots?
We have some pretty cool new technology, including floor-cleaning robots and a disinfectant spray corridor, which is located at our Terminal 1 baggage claim. Passengers get misted with an eco-friendly disinfectant. It’s very light and refreshing and also totally optional. It’s already a hit on Instagram.

Friends and family of travellers are no longer allowed inside Pearson. I guess that means no more cinematic reunions at the arrivals gate?
Oh, I know. Seeing those reunions is one of my greatest joys. They remind me of the true purpose of what we do. I guess I just have to picture that experience happening at the curb or at home instead.

You’re a travel executive. Is it safe to assume you’re a travel enthusiast too?
Definitely. I have been to approximately 25 countries. I love how travel connects people and cultures. My own family is an example of that. My father is from Africa and my mother is from the Caribbean. They met in England and moved to Canada. I was born in Hamilton but spent my childhood moving around and experiencing different ways of living, which has shaped who I am.

And presumably your career path. You ran LAX for five years before returning to Toronto in February—
—and then six weeks later, a global pandemic. I know. It’s hard to see a silver lining, but I do view the pandemic as an opportunity for renewal, not just in terms of health and safety but equity and inclusion. I am one of just two Black female airport CEOs in North America. Obviously we need to do better. Our airport—staff, vendors, tenants—should be reflective of the city we live in.

What has it been like getting to know Toronto during lockdown?
I’m lucky because it’s not totally unfamiliar. I’m in Yorkville for the time being. It’s beautiful and so walkable, especially compared to L.A. I’m enjoying simple pleasures like a stroll around the neighbourhood.

We’ve all seen the photos of Pearson totally deserted. What was that like?
Eerie. We usually have 130,000 passengers. At one point, it was down to 2,000.

Air Canada’s CEO recently called post-travel quarantines a “cold shower” for the travel industry. He says it’s time for the government to loosen up or pay up. What do you think?
The importance of travel can’t be overstated. We’re talking about hundreds of thousands of jobs and billions of dollars lost. We were happy the government pledged relief until the end of 2020, but that won’t be enough. The U.S. government granted $50 billion to its airports, which means they’ll be able to be more competitive in terms of the prices they pass along to carriers and the public.

Air Canada and WestJet have started booking to full capacity. That sounds like a pretty good recipe for an outbreak, doesn’t it?
That decision is between the airlines and the federal government. What I can say is that it’s so important to communicate with customers about health and safety protocol, so they can make informed decisions.

In a Covid-free parallel universe, where are you flying?
Jamaica. I’d sit on the beach and eat fresh mango. That sounds pretty amazing right now.