When the Conservative Party of Canada picked Andrew Scheer as its new leader last weekend, a lot of Canadians asked, “Andrew Who?” Overshadowed by the bombast of Kevin O’Leary and memery of Maxime Bernier, Scheer’s quiet campaign largely stayed out of the headlines over the past several months. That’s not to say he lacked support: After 13 years in the House of Commons as a Regina MP—including a five-year stint as Speaker—he is well liked by his party, and he received more leadership endorsements than any other candidate. He’s being billed by political junkies as Harper 2.0, albeit cheerier and less robotic, with a mix of both fiscal and social conservative ambitions. We asked Scheer to tell us about his conservative origin story, his ties to Toronto and what he thinks of his new archenemy, Justin Trudeau. 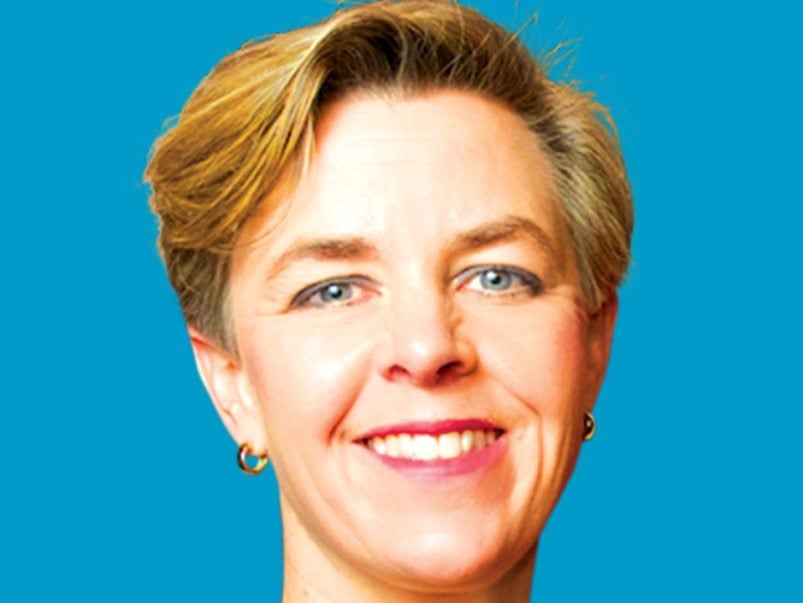 Meet the conservative leadership hopefuls vying to take back the PMO

When did you first know you were conservative?
Growing up, my family followed politics—we always watched the nightly news and chatted about it. I guess I knew I was a conservative when the Berlin Wall came down and Eastern Europe came out of the Iron Curtain. I was asking a ton of questions about what communism was: why would people want to live like that? How could people think they have that kind of control over people? It gave me a bit of a libertarian-leaning sway. I decided government shouldn’t have the right to control things like that—the ability to direct the economy, to limit people’s freedoms or, today, with things like the CRTC, to tell me what channels I can watch.

Whether back then or now, is there someone you consider a political role model?
There are a few. I really respect Margaret Thatcher for implementing a conservative agenda that lasted long after her time in office and being a champion of the middle class in what had been a very structured class system. Ronald Reagan also made it positive to be conservative—he denounced threats where he saw them and was always able to tap into voters’ aspirational vision that their country is great and can be even greater. And then, in Canada, Jason Kenney, for his work ethic, for being in politics for all the right reasons and really devoting his life to sacrificing for what he believes in.

Finish this sentence: Justin Trudeau is…
Dangerously out of touch and veering Canada towards a very bleak economic future.

Donald Trump is…
Ha! As advertised. He is doing exactly what he said he would do, for better or for worse.

Canadian values are…
Based on fundamental principles of freedom, equality, tolerance and the rule of law, rooted in our Westminister system and our common law traditions.

What’s your go-to news source?
I check all the major Canadian outlets: CTV, CBC, National Post, Globe and Mail, as well as iPolitics, Huffington Post and even the Rebel. I also follow a lot of people who are politically engaged on Twitter and Facebook. I really like how news and journalism are becoming much more decentralized and organic.

Have you ever fallen for fake news?
Well, not so much fake news. I fell for a satirical CBC story. It was about how a soccer league in the GTA was removing the ball from all their soccer games because they thought it would cause unhealthy competition or something like that. Before I realized it was satire, I almost retweeted and said, “This is ridiculous. We’ve reached the tipping point.”

What’s your favourite political movie or TV show?
I love Yes Minister and The Thick of It, which is similar in concept but much more modern. It’s very vulgar, but it’s just hilarious.

What does your ideal day off look like?
I miss my kids when I’m on the road, so when I have time off, I try to do something with them. The day would probably start off sleeping in, having a big bacon breakfast, playing some sports, maybe going to a baseball game or a junior hockey game. We’re a family of movie buffs, so at the end of the evening, we’d get a few bowls of popcorn out and watch a classic movie. I love popcorn. My first job was making popcorn at Ottawa Roughriders and Senators games.

Right, you grew up in Ottawa. Do you remember the first time that you visited Toronto?
My family is from Mississauga, and I have very fond memories of staying there with my grandparents for weeks at a time in the summer. Every year, one of my aunts or uncles would take us to the Ex or a Blue Jays game.

Speaking of, here’s a hard hitter: Maple Leafs, Raptors or Blue Jays?
Blue Jays. I prefer baseball over basketball. I was raised a Leafs fan, but when Ottawa got a franchise, it was very hard to stay a Leafs fan when Toronto kicked us out of the playoffs four years in a row.

Those were the days. So, why should Torontonians vote for you in 2019?
As someone who has connections to the GTA, who grew up in Ottawa and who now lives in Western Canada, I have a good mix. I know we need to have policies that speak equally to people who live in large cities and people who live in small towns and rural communities. I’m committed to working on making quality of life better for people who have long commutes and high-priced homes. And I think the inclusive style of my leadership will go over very well in cosmopolitan cities like Toronto.