As of last weekend, mainland Torontonians are once again able to take the ferry to the Toronto Island, and John Tory recently announced measures that will open up the parkland and its beaches to the rest of the public. Ferry tickets will be capped at 5,000 a day, purchases can be made only online, and masks will be mandatory on the boat. We talked to islanders about what reopening means for the summer ahead. 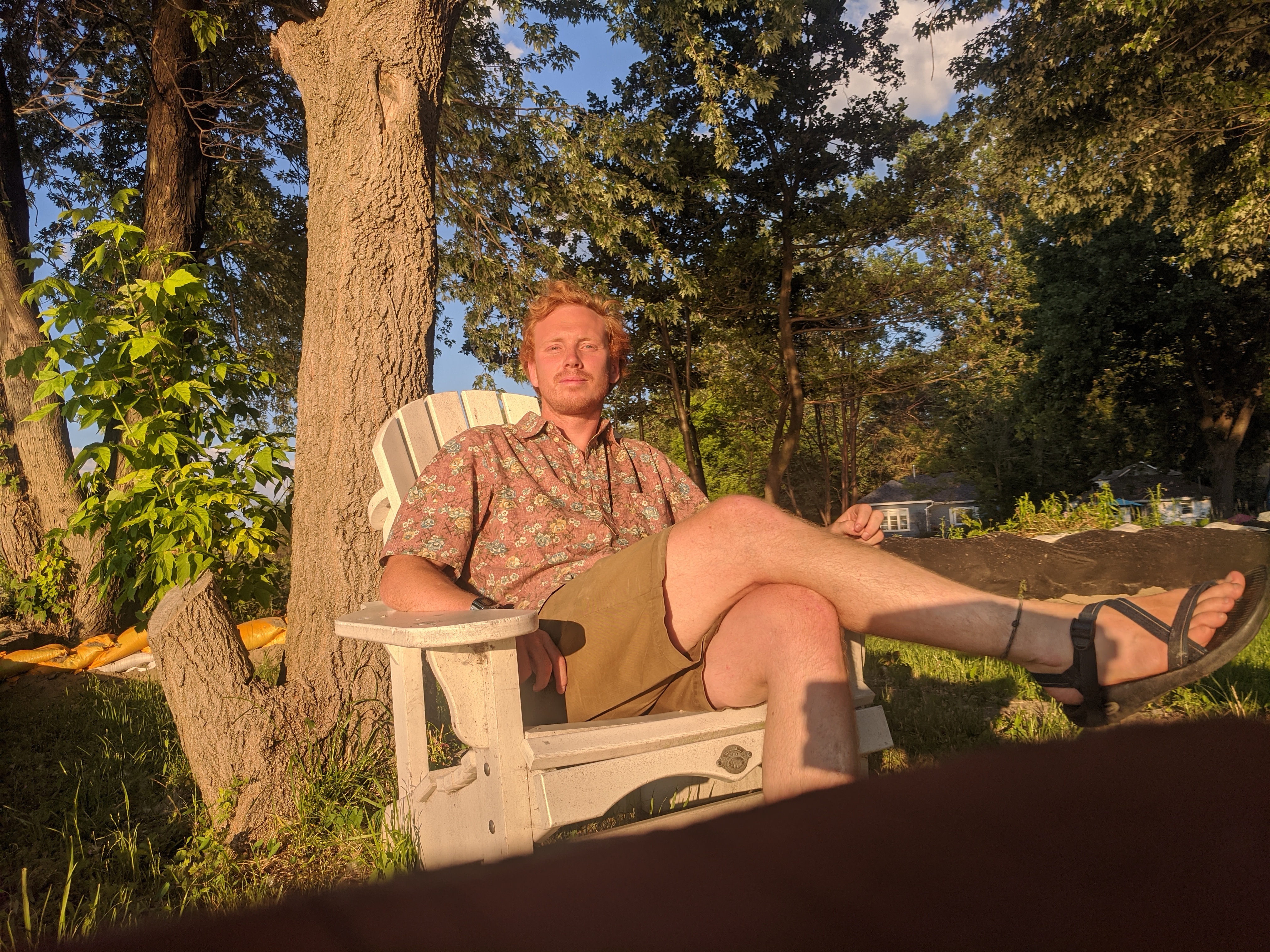 Chris Jackson, board member, Toronto Island Community Association
“At the beginning of the pandemic, we were anticipating another year of high water and potential flooding. Many of us were out on the shoreline sandbagging and trying to maintain social distancing. One thing to be thankful for in the midst of all this is the fact that we weren’t hit by floods this year. During the shutdown, we quarantined the way mainlanders did. We had a couple of suspected cases here, and people self-isolated accordingly, but no cases were confirmed. We have an aging population so it was essential for everyone to keep their distance and stay safe. Everyone took the measures seriously.

“I know that our community feels strongly that the island should reopen so everyone can enjoy the space, but we’re worried about protective measures. We’d like to see a separate ferry line for elderly and more vulnerable islanders to get safely home, but that hasn’t happened. We’re also worried about the schedule. Ferries to Centre Island and Hanlan’s Point are set to end long before sunset, which seems designed to strand visitors kilometres away from the Ward’s Island dock. That means streams of visitors will be roaming through the community after dark, to a dock that has no infrastructure to manage crowds, which is dangerous for everybody. And many islanders have expressed concerns that after months of being pent up in the city, mainlanders are going to ferry over to party on the beaches, similar to what’s happening at Cherry and Woodbine beaches. We just want to make sure we keep our elderly and vulnerable residents safe.” 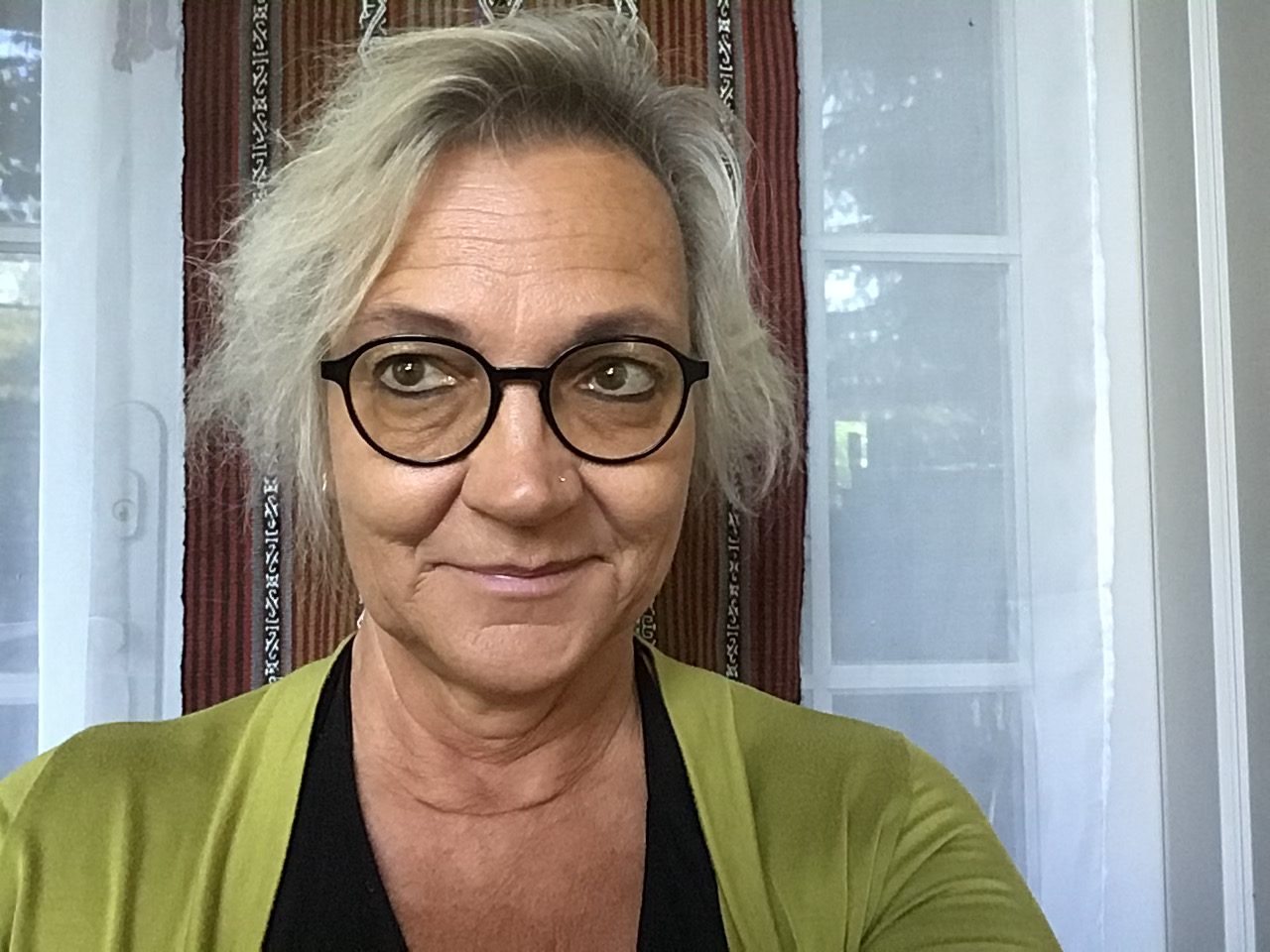 Inese Gravlejs, psychotherapist
“Quarantine life on the island has been pretty serene. We have an extremely supportive community: a few islanders have been picking up groceries from Longo’s or Loblaws for those unwilling or unable to go into town. Having green space is such a blessing. I definitely want people to come to the island. I get how important it is to be out in nature, how healing and calming it can be. I’ve seen people come to the island by kayak or canoe so they can enjoy the park over the last few months, and it’s been delightful to see such a creative response.

I run a B&B, and I decided to close it until September. My mother, who is immunocompromised, lives with us, and I’m already risk-averse when it comes to health. Every time I go out shopping for her, or she goes to the doctor, we wash our clothes, take a shower, and use a Saline nasal rinse. Anything that comes into the house gets sprayed with alcohol. That includes the mail, the newspaper, and obviously any groceries. Occasionally we hang produce, like onions, which you can’t exactly wash, in plastic bags out on our balcony for the requisite 60 hours. The financial hit has been huge for me, but I’m trying to use that as a way to reflect on what’s fat and what’s lean in my life. I gave up my psychotherapy office on College Street, since much of my practice is online now and the lease was expensive. I’m realizing that less is more has always been true: I live in a park, and exercising doesn’t have to happen in the city. Hot yoga in town? How about hot yoga in the sand on the beach?

What concerns me the most with reopening is crowd control on the ferry. The city hasn’t made any formal accommodations for islanders to get to and from our homes, like separate line-ups or smaller boats dedicated to islanders. The maximum per day is 5,000 people, and those numbers will include us. I don’t want to be caught at the end of a long line of visitors when trying to get home or trying to get to work. How is it that we may not have access to our homes? Is this not essential?” 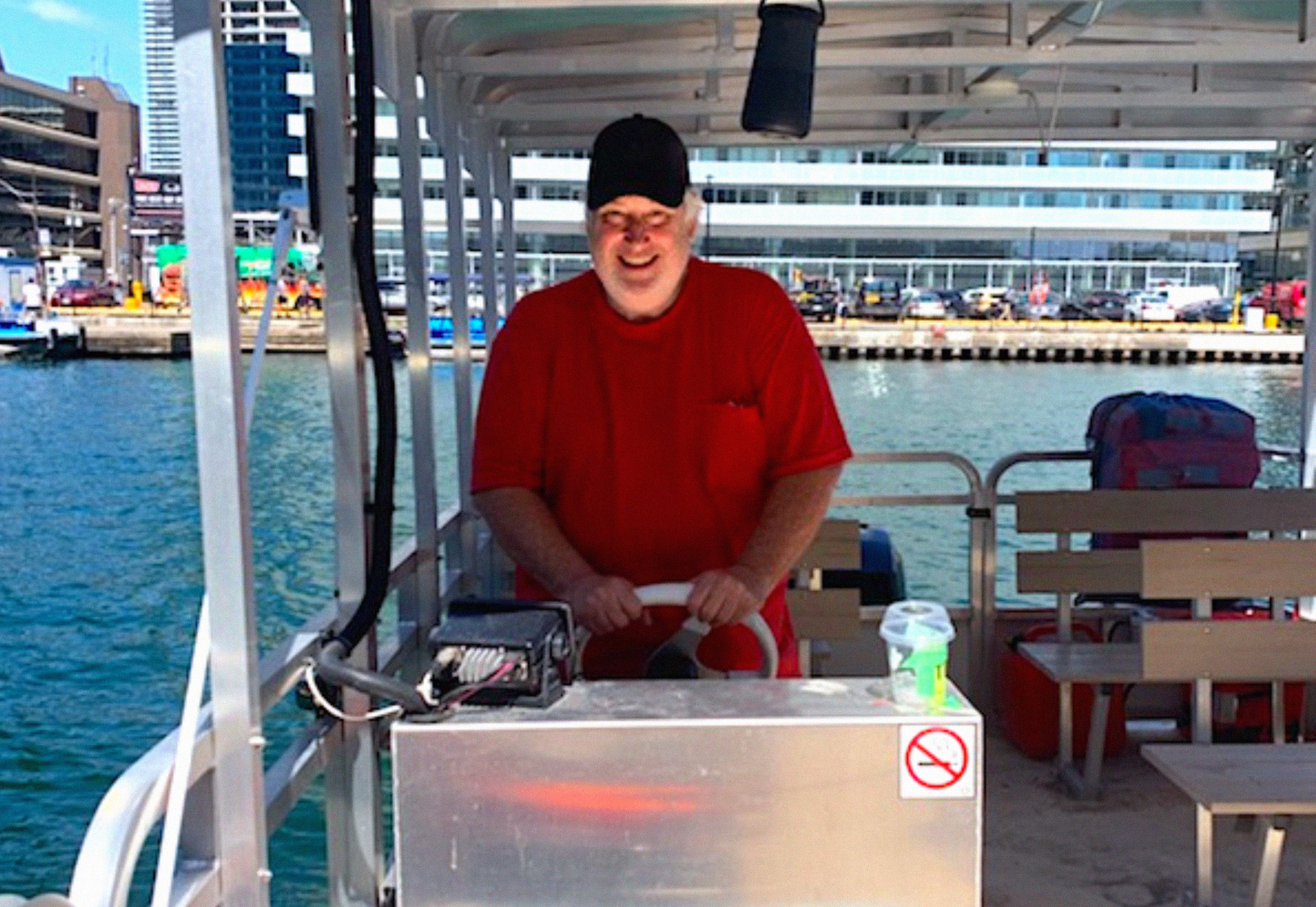 Alex Nosal, owner, the Otter Guy Water Taxi
“We’re the only company that does a scheduled service to the island, running from 9 a.m. to 2 a.m. seven days a week. During the pandemic, Transport Canada declared us an essential service, but the city wouldn’t let us dock on the island, so we pivoted to giving boat tours instead. I’m thrilled that we’re reopening with our full service. I’m not the health minister, but I think we could have had things up and running earlier. To be honest, I think it was about two weeks too late. Parts of the pandemic response have been really therapeutic, like a forced pause, stepping back to relax, taking a break from consumerism. I think people being able to return to the island is going to be part of that therapy. The water’s never been this clean, the air is cleaner. People coming in here over the last few days are a lot happier than they usually are, just happy at the thought of being out on the boat. We’ve sold more than 100 passes already for the coming month, and we’re getting 50 calls a day from people asking if we can take them to the beach.

“All of our drivers wear masks. We’re hosing down the boats with disinfectant at the end of the day, and we have hand sanitizer at the front desk that we ask people to use before they board the boat. The normal maximum we can take is 12 people, but we’re erring on the side of caution. If nobody’s wearing masks, we’re not taking 12. We’ve got a six-passenger boat we’re running, too. Our business was barely profitable at 12 people, but we decided not to raise our prices. It’s causing us a bit of financial grief, but it seemed important to keep things as accessible as possible. Two of the last three seasons, we were hit by floods, and then season four we got Covid-19. We’re used to adapting!” 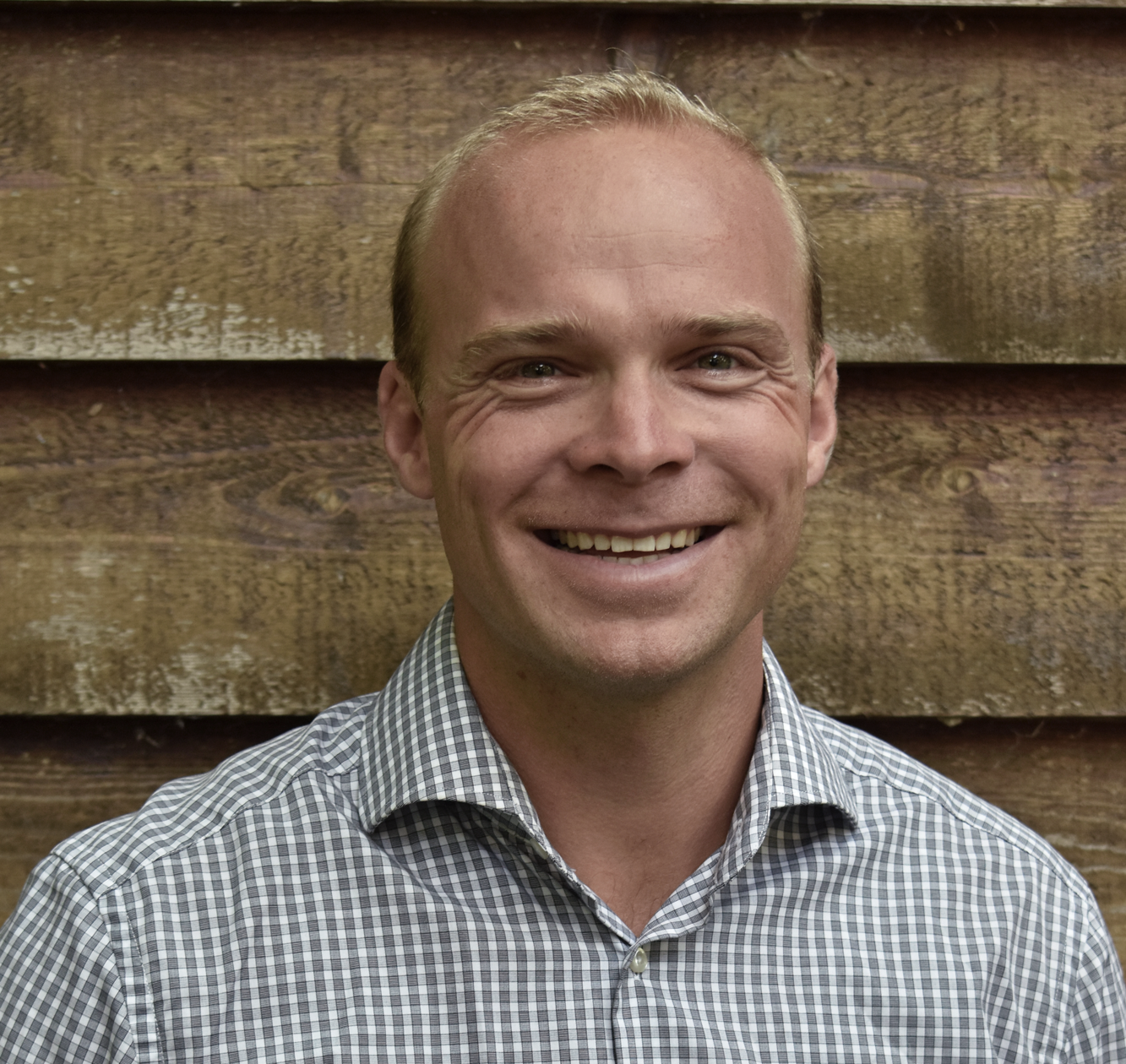 Julian Ganton, owner, Toronto Island SUP
“I’ve lived on the island for most of my life, and for the last seven years I’ve run the island’s stand-up paddle-board business. We started in 2014 with a few boards, and now we have 16 staffers and run from May to September.

“My parents still live here as well, and they’re getting older so keeping them safe has been a concern. For the last few months, Fridays were dedicated to going into the city to run errands: buying groceries for them and other neighbours who couldn’t safely go into town themselves, and dropping off a weekly package of homemade masks to Michael Garron Hospital on behalf of the islanders. As a resident, I’m worried now about how crowds will be managed, but as a business owner, I’m excited to get going and to hire my staff back. It’s going to be a huge challenge; getting everything ready has meant a tiring week of acquiring personal protective equipment and ironing out scheduling details so we can accommodate everyone safely. We’ve had lots of bookings already. We’re accepting bookings only in two-week chunks, for now, and guests will sign an e-waiver before they arrive. We’re just trying to make everything as contactless and distant as possible. Stand-up paddle boarding is the perfect physical distancing activity, and I can’t wait to facilitate more freedom on the water. I can’t wait to start working again, too. I’m looking forward to a little more normality and routine.”