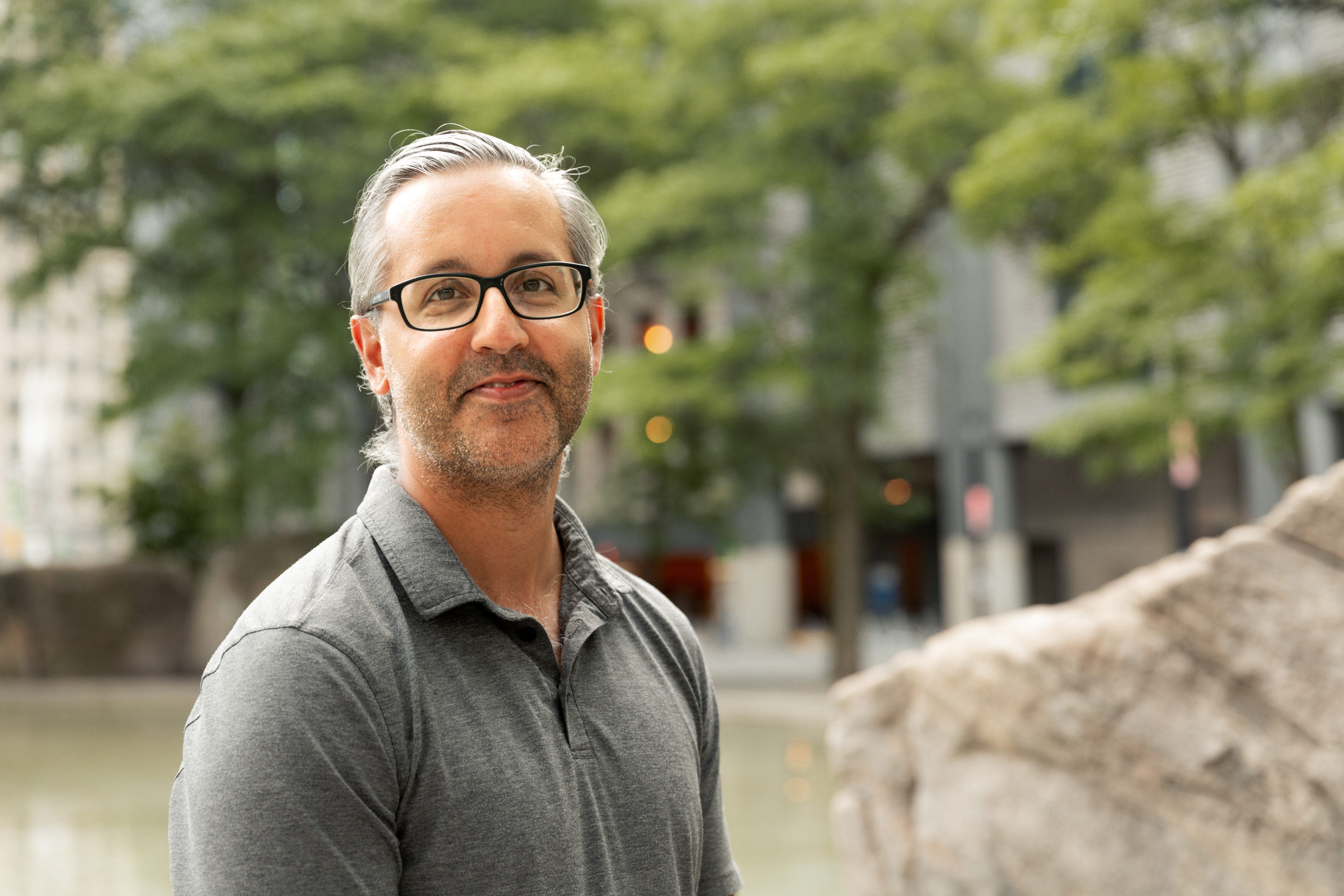 Theatre producer Charles Roy has been attempting to stage his socially distanced play, Contact, since September. It finally opened in June after almost a year of delays and lockdowns. Here’s how the whole thing came together.

“I’ve been moving from show to show, working as a director, producer or writer, since I was 21. I’ve done everything from small one-man plays to large musicals across North America. For 20 years, theatre has been the only business I’ve known. When Covid shut down the industry last March, it was terrifying. I’d just mounted a series of Christmas shows in Toronto, Pittsburgh and Ottawa, and I was getting ready to produce a big tour of Grease in Asia. Then, all of a sudden, everything slammed shut. For the first few months, I was scrambling. I went from earning a decent and steady salary to nothing overnight.

“During my period of unemployment, I learned about Contact, an interactive, socially distanced outdoor play, which had originally opened in France and also played in the U.K. last September. The story grabbed me. It’s about a woman in her mid-20s who has just come out of a lengthy period of isolation when she encounters a mystical being. The play isn’t specifically about Covid, but it was born out of Covid. There’s something healing about it. A lot of audience members have said that it touches something they’ve been feeling for the last year and a half but aren’t able to find the words for. The lead character says, ‘My sorrow is blurry, like a watercolour that won’t quite dry.’

“Last November, I reached out to the U.K. producer and secured the North American rights. We cast the  show and started rehearsals in early January. At any one time, there were six of us in the building (all masked up) and another three to 15 watching on Zoom. We worked with the province and Canadian Actors’ Equity to put together a safety protocol—it was 20 pages long. Every time the actors arrived for rehearsal, they had to check in at stage-door security and complete a health check questionnaire. Rehearsals were held in the lobby of the Elgin Winter Garden Theatre because it has very tall ceilings and a great HEPA filter. We assigned everyone their own separate bathroom stall. We also mapped the floor layout and created walking paths for each person so no one would be able to physically interact. The theatre has seven lobbies, so everyone was assigned their own lobby for lunch.

“The director of the original French production, Samuel Sené, was supposed to direct but due to border restrictions we had to Zoom him in. Rehearsals would start at 3 p.m. his time, 10 a.m. our time, and run for eight hours. We had a crazy tech setup: there was a series of monitors so the actors could see the director and vice versa.

“We were in the middle of a rehearsal when the province went into lockdown in mid-January. We weren’t able to gather at all anymore, so the show had to be put on hiatus. In March, we thought we’d try again. We got everybody back on contract and sorted out the rehearsal schedule with plans to open at the end of April. We were on our lunch break in early April when Premier Ford put us back into lockdown the next day. The air in the room just deflated. We were really hoping to be the only piece of theatre running in North America, and lockdown took the wind out of our sails.

“In May, when the number of cases finally seemed to be moving in the right direction, we decided to try again. We had to replace one cast member—he got pulled away to a film shoot—but everyone else has been on the same journey since January. We opened in late June. I couldn’t believe we were finally performing in front of a live audience again.

“This play is unlike anything I’ve ever directed before. It takes place outdoors—one production is near Yonge and Dundas and the other is at College Park—and everyone is masked, including the actors. There’s no dialogue, to eliminate the possibility of aerosolized spray from the actors. Instead, each audience member downloads an app and listens to the dialogue on their headphones. Because you’re listening to the audio through a headset, you can stand as far away as you like and watch the whole show within your personal space. The show is multilingual, so audience members could be listening to the show in English, French or Italian and everything is perfectly timed.

“For this show, the audience is standing around the actors, so we had to figure out how to block it so it’s clear from every vantage point. There’s also the possibility of technical glitches. Both the audience and the actors are listening to the same audio stream, but it might lag and skip. In a preview performance, one of the actors started the show with audio that was running a full second behind, and he had no idea until partway through, so everything seemed out of sync. Another time, an audience member got kicked off the app in the middle of the show.

“Hands down, the biggest challenge was staying enthusiastic about the project for months on end while enduring obstacle after obstacle. Our greatest creative challenge (and greatest joy) was understanding the balance between the show’s intricate choreography and its understated, film-like naturalism. It often reminds me of silent screen actors pulled out of a movie and dropped onto the streets of modern Toronto.

“The show is running for five weeks and we’ve capped the audience at 20 people per show. We want to make sure there’s no crowding and that all audience members can see the performers. I’m so thrilled to finally be putting on shows after a year and a half. I wouldn’t say that we’re back to normal, but it feels fantastic. Like I’ve been holding my breath for the past year and a half and I can finally exhale.”