More than 38,000 Syrians have arrived in Canada since Justin Trudeau’s Liberals assumed control of the federal government in November 2015, and most of them came with the understanding that they’d be vouchsafed one year of financial support. Those who had been sponsored by the Canadian federal government would be getting that support from Canadian taxpayers. Meanwhile, privately sponsored refugees would have their transition periods bankrolled by the non-government groups and individuals that helped them come to Canada in the first place. 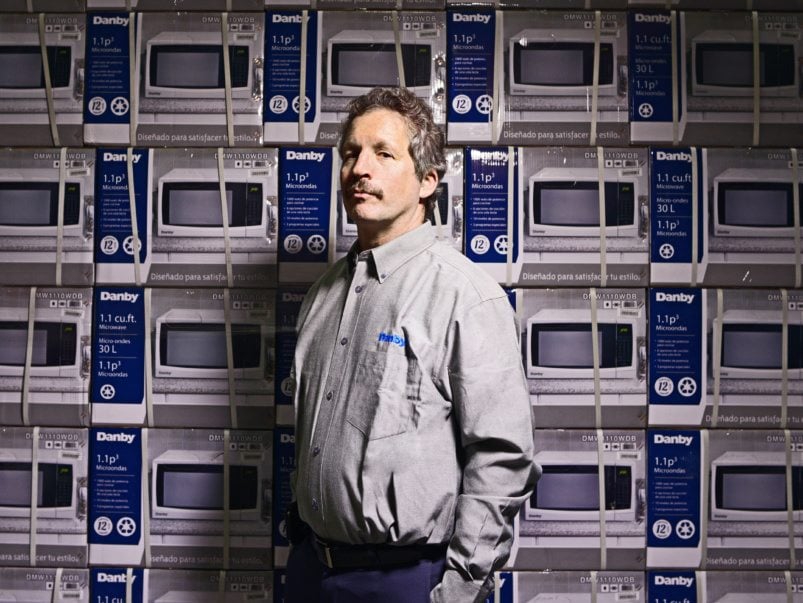 For the earliest arrivals, that year of financial support is now over, leaving some of them at a loss as to what to do next. In many cases, Syrian families are still learning English and trying to find employment, making the prospect of surviving without help a daunting one. While privately sponsored refugees have relatively strong social networks to help them out beyond the first 12 months, many government-sponsored Syrians will need to be more resourceful.

We spoke to two Syrian families whose one-year deadlines are imminent. Here, translated from Arabic, is what they told us.

Banoudi Dahi is a jack-of-all-trades who once worked throughout Europe as an importer of elevators and elevator parts. Later, he did a three-year stint as a baker in Boston, though he had only a rudimentary knowledge of English.

When he and and Siham, his wife, found out they were coming to Canada last winter, they were ecstatic. The retired couple had fled persistent fighting near their home in the outskirts of Aleppo in 2014 and were eking out a meagre existence in the small town of Brummana, Lebanon. That all ended when their eldest son, Khaled, a Canadian resident for the past 10 years who now lives in Toronto, found a way to reunite with his parents.

Khaled took care of everything. “We were not worried or scared before we arrived,” Banoudi says. “The presence of our son gave us the secure knowledge we were going from our home back in Syria to our new home here.”

Khaled, who goes by Kevin, found a sponsorship agreement holder, the Roman Catholic Church, which was all the more enthusiastic about helping his parents because they’re part of Syria’s Christian minority. Khaled handled his parents’ application. He was there to pick them up in Montreal, where they landed on January 9.

Banoudi and Siham spent their first month living with their son, then set about finding their own place. Their current apartment, a one-bedroom in Parkdale, is sparse but well kept. Some of the furniture came from a Canadian friend who offered her basement apartment to the couple rent-free for two months.

The Dahis are now settled into a relaxed routine. In the summer, they went for regular walks along the Lake Ontario shoreline. They take English classes five days a week at the Parkdale Intercultural Association. Banoudi tries to attend as often as possible, but health problems sometimes get in the way.

Siham knits and crochets. Lately she has been making woolen ornaments. Banoudi, still an entrepreneur at heart, is on the lookout for a shop interested in selling knitwear made by a Syrian newcomer.

“We don’t need much,” says Siham. The Dahis plan to apply for social assistance once their year of private sponsorship runs out. They rely on Khaled to take care of rent and basic day-to-day needs.

Khaled sells his own brand of Arak, an anise-flavoured spirit popular in Lebanon and Syria, and he has plans to distribute it throughout Canada. The Dahis’ other son, Farhan, has a law degree and lives in Bordeaux.

Their daughter, Zekiah, spent seven years in Germany pursuing a PhD in environmental engineering. She had every opportunity to get residency there with her husband and three children, but wanted to repay a debt to the country that educated her. She now works as a university professor in Homs, about 200 kilometres south of Aleppo. Banoudi and Siham have been trying to convince her to join them in Canada, like their other daughter, Majd, who goes by Gloria. Her refugee application was privately sponsored by Khaled. She arrived with her husband and two children in mid-October and now lives a few minutes’ walk away from her parents.

With the one year anniversary of their arrival just days away, the Dahis are excited to get on with their lives—but their desires are modest. “We don’t have any dreams,” says Siham. “We just want to live and enjoy each day.”

When the Syrian civil war arrived in Aleppo in 2012, the Al Mohameds decided it was time to leave their home in the countryside nearby, where Mayzar worked for the government’s agricultural department. The family spent three years in the town of Zahlé, Lebanon, where they started the application process for Canadian government sponsorship. After arriving in Canada, they passed their first few months in Toronto hotels before moving to a two-bedroom Mississauga apartment in May.

“We are in a dilemma,” says Mayzar. “If I stop going to English school to get work, I’m never going to learn the language. But I need to speak English to get a job. We can’t figure out a balance.”

Mayzar and his wife, Ghazala, get a combined $1,600 in monthly support from the government, a sum they’ve been using to pay rent and hydro. In a month, when the refugee support money stops flowing, the $3,000 they will continue to receive in child benefits every month will have to take care of all their expenses until Mayzar gets a job. Ghazala is pregnant, meaning another mouth to feed is on the way. “Currently, I’m not thinking about working,” she says. “The children keep me busy. They’re my work.”

The family lives in a two-bedroom apartment in a quiet neighbourhood a 15-minute drive south of Pearson International Airport. Many Syrian refugees have settled in the area. They’re attracted by the sizeable Arab community and the relatively cheap rent.

The boys, Faisal and Zakwan, share one bedroom, while the three girls, Bayan, Fatima and Alat, share the second with their parents. The home is sparsely decorated, an exception being two poppies pinned on the living room curtains. The Al Mohameds placed them there out of respect this past Remembrance Day. “Canadians are a good people,” Mayzar says. “We want to be happy with them, but mourn their losses as well.”

The apartment’s bedrooms are small, and the balcony is boarded up and under repair, but the Al Mohameds aren’t complaining. Ghazala remembers the month she spent alone with the children in Syria when Mayzar went ahead of them to find a job and home in Lebanon. “I was dying of terror,” she says. “The days and nights seemed to never end.”

The Al Mohameds’ daughters aren’t yet school-aged, but their sons started attending middle school in the spring and are thriving. They can already converse in basic English, and they frequently interpret for their parents, who are having trouble picking up the language. “When I first arrived here, I didn’t even know how to say good morning,” says Mayzar.

Mayzar and Ghazala go to a local English language school every weekday, though Mayzar has skipped a few days to search for jobs at local bakeries and work a few one-off gigs he gets from Syrian friends. “My desire is a job where I have a lot of contact with people, so I can learn English quickly,” he says.

The Al Mohameds feel like they’re in a race against time. “I thank the government, and especially Justin Trudeau, from all my heart,” Mayzar says. “They gave us something incredible and we can’t ask them for anything more. But I think they should support Syrian newcomers financially for an additional year if they want to solve this problem many of us are facing.”

“The government expected people to have learned English and done all the things they need to get a job in 12 months,” he added. “But it isn’t easy.”