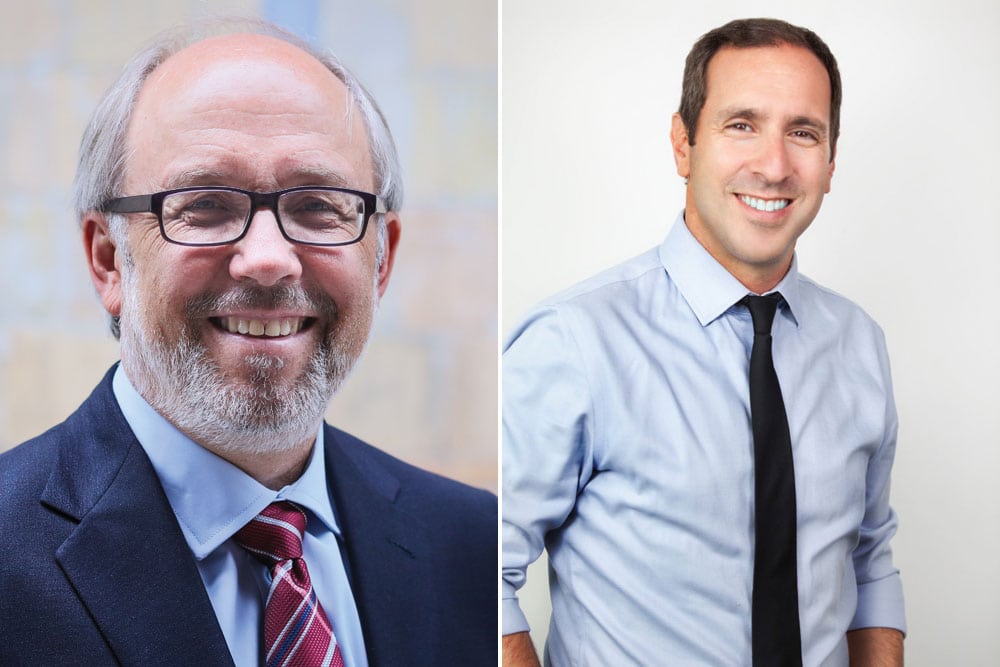 Mihevc: I have an encyclopedic memory for properties in my ward. Names are sometimes slower to come to mind.

Matlow: I have never surrendered my humanity, independence, friendships and commitment to honesty, even in city hall’s often awful political environment.

Matlow: I find it challenging to turn work off, even when I’m home. My family helps me with that, but I know I need to improve.

Mihevc: I wake up at the crack of dawn to check on my four hens. During the campaign, I tend to be up a bit later at night, so I’ve been sleeping until 6:15 a.m.

Matlow: I wake up at 6 a.m. most mornings. Often it’s because I want to get work done, but usually it’s the fact that I have a five-year-old daughter.

Mihevc: Eggs, fresh from the backyard. When my hens aren’t laying, I eat homemade granola.

Matlow: Cereal or granola with yogurt and some fruit are on our breakfast table most mornings. Always accompanied by a cup of coffee!

Mihevc: In the 20 years I’ve lived on Humewood, I’ve probably been the number one customer of Churrasco of St. Clair. I shouldn’t tell my hens.

Matlow: I work most evenings, and I honestly don’t have only one favourite dinner spot. There are lots of places that I like. However, my most recent favourite is Pukka, on St. Clair West.

Matlow: Jacob Two Two and the Dinosaur. I read it to my daughter last night.

Mihevc: Household renovations are a family hobby. I’ve done a lot of work with my dad and my siblings over the years. I just finished a kitchen reno. I have a bit of trim work left for when the election is over.

Matlow: Hiking. I’d call it a passion more than a hobby, though.

Matlow: My politics. I appreciate facts, reasonable decisions and rational thought. That doesn’t always fit neatly onto one political label.

Mihevc: TTC, every day. The 512 Streetcar, and then the subway to work. I grew up that way. My dad was a mechanic at the TTC’s Hillcrest Yard for 30 years. In the summer, I cycle to work—often using Bike Share.

Mihevc: I used to be a professor of Theology and Social Ethics at the University of Toronto.

Matlow: I hope that question will become redundant on October 23rd.

Mihevc: I don’t think you can publish my answer. I think the premier’s first few months have been extremely troubling, particularly his attacks on the poorest people in our society.

Matlow: I like several of Tom Hanks’s films, but I don’t really identify with one character.

Matlow: Being asked questions like, “which Tom Hanks character do I most identify with?” Also, when city council makes decisions based on politics rather than evidence, like the choice to build a one-stop subway that wastes tax dollars and hurts people’s lives. I don’t know if there’s a Tom Hanks film about that yet.

Mihevc: My two grandsons. And when my whole family can get together for dinner, which is rare these days!

Matlow: My family. There are many things I love, but nothing more than the time I get spend with them.

Matlow: Donald Trump, Doug Ford, Giorgio Mammoliti, criminals, contractors who disturb residents outside of bylaw hours, people who drive too fast through our neighbourhoods and more. We’ll work on this together.