StreetARToronto was launched by the city in 2011 with two main goals: to reduce vandalism and help support street artists. These days, it provides workshops for local artists and regularly hosts open call-outs for public art, often on themes of diversity and inclusion, to decorate Toronto’s empty walls and alleyways. So far, the initiative has sponsored over 1,000 pieces around the city, which plaster everything from 20-storey buildings to small traffic signal controller cabinets. When Covid-19 hit, the organization asked artists to submit ideas for murals honouring front-line workers. Here are a few that have been completed so far. 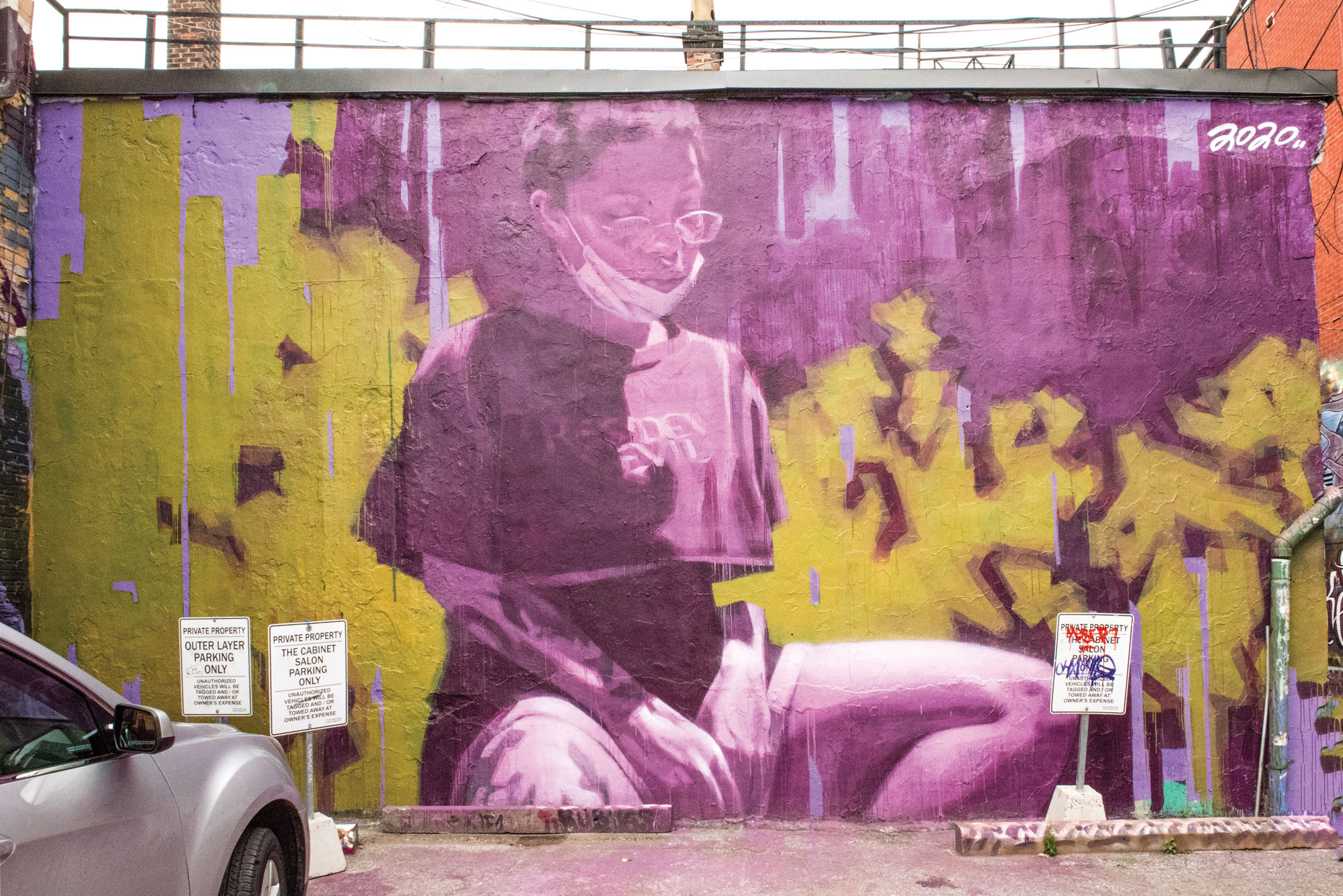 Emmanuel Jarus, an artist and muralist, has redone this same wall near Graffiti Alley three times over the past six years. He completed his latest reinvention during the pandemic. The idea came to him when he ran into a very tired friend in a parkette, taking a break from work. He thought her mood and stance perfectly reflected the exhaustion and uncertainty of the current moment. “I like to observe things—I call my work ‘painting journalism’—and my murals happen organically,” Jarus says. He snapped a bunch of photos of his impromptu model, created an image on his iPad and selected his colour palette from whatever was available at the discount warehouse down the road. The result is a striking image which Jarus hopes passersby find relatable and honest. 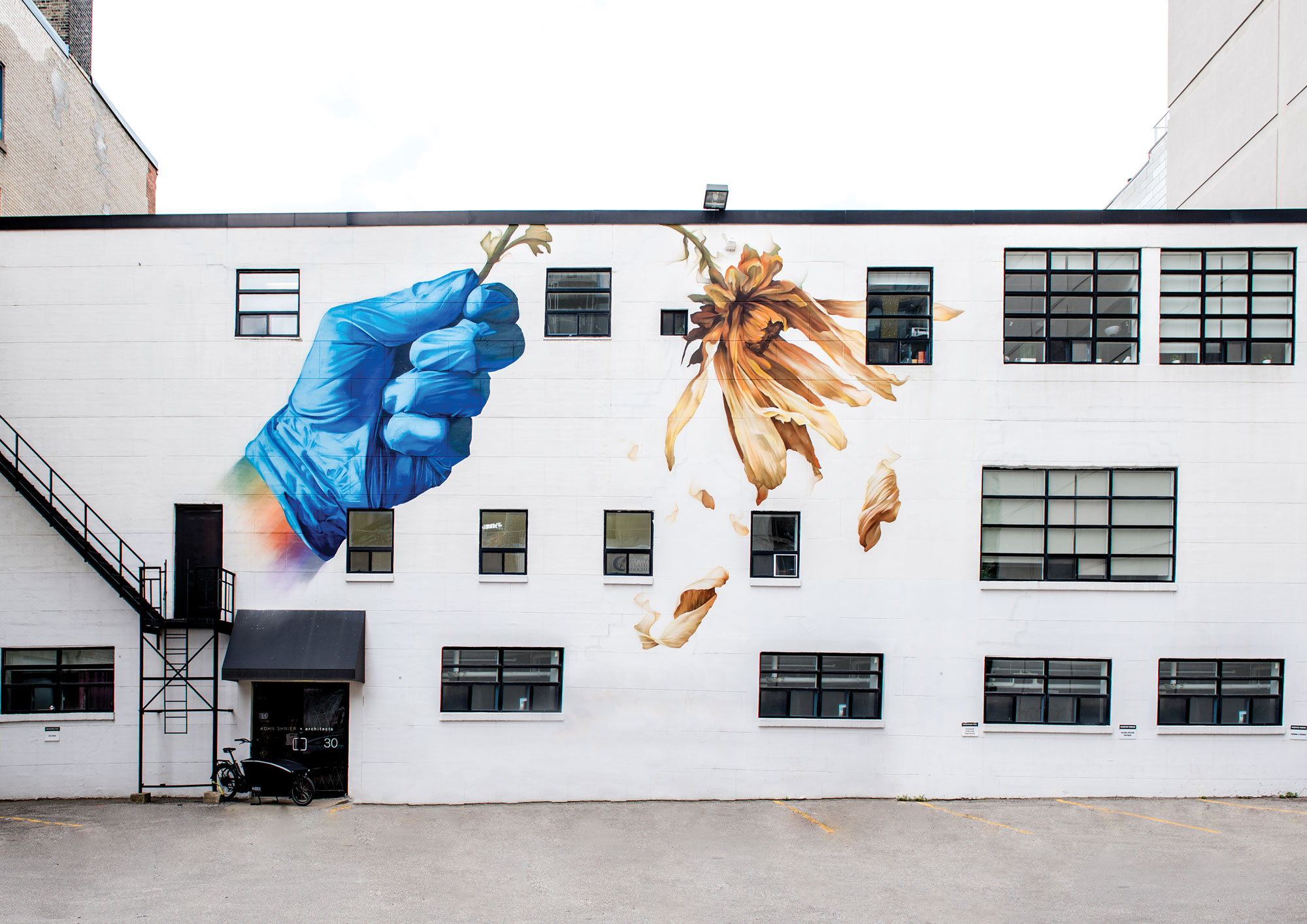 Alexander Bacon is an internationally recognized artist who’s been painting since he was a teenager in the 1990s. His vibrant, large-scale pieces, featuring portraits and historical references, can be spotted all over Toronto, including Kensington Market and the Entertainment District. The inspiration for this massive mural near Adelaide and Portland came to him when he was submitting ideas for a virtual art festival in Puerto Rico. The flower represents the fragility of life, and the gloved hand represents the strength of our front-line workers. The scene is also supposed to show the sacrifices everyone is making for the most vulnerable in our society. “We basically shut the world down for people who aren’t strong enough to fight this virus,” says Alex. “I think it’s beautiful humanity is willing to do that.” 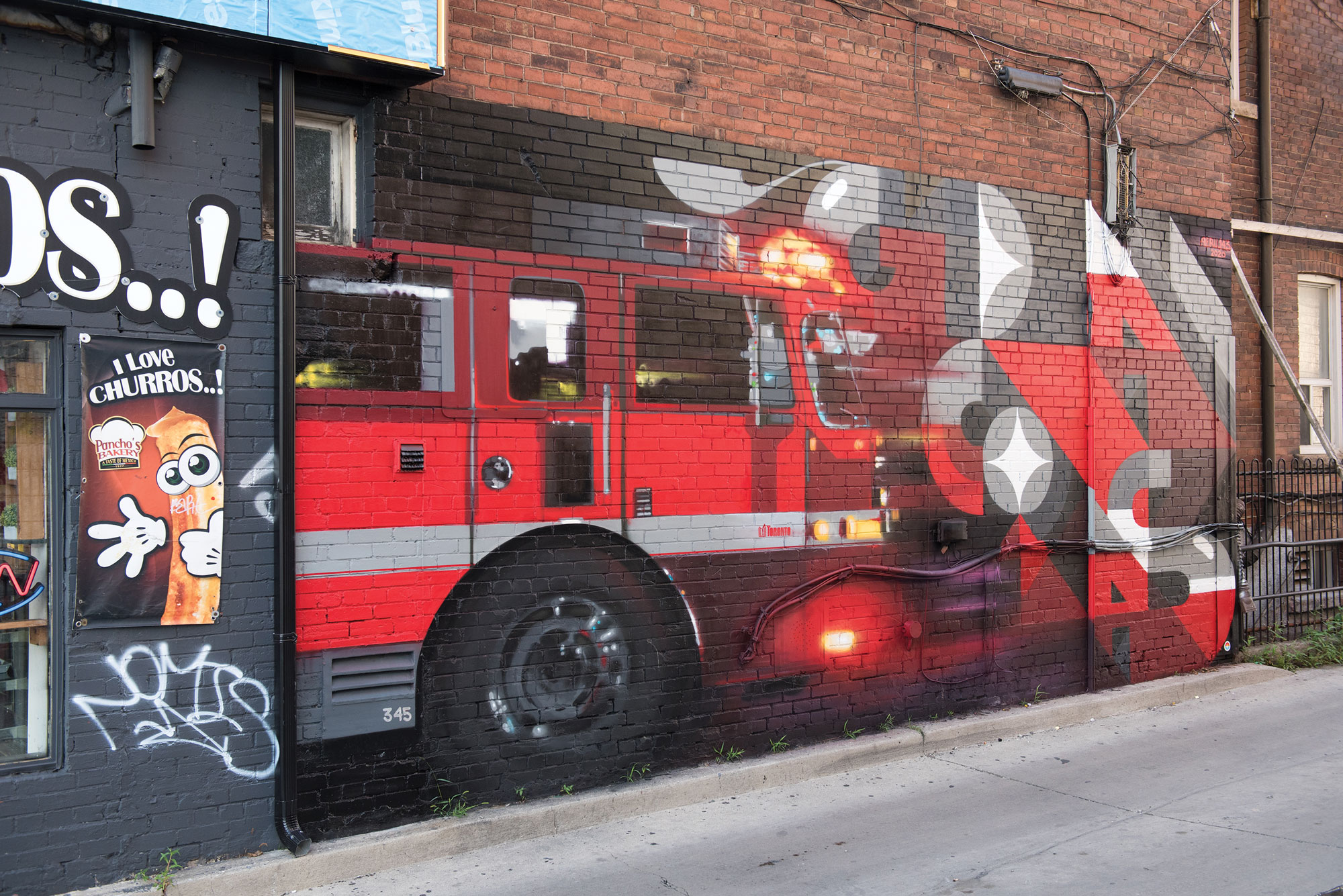 Peru Dyer Jalea’s signature style uses simple geometric shapes, primary colours and clean lines to create puzzle-like patterns with a meditative vibe. This particular mural, which is on the side of Pancho’s Bakery, a Latino-owned business near Jalea’s home, was designed to honour firefighters. “It’s one of the noblest professions I could think of,” he says. “They’re often unrecognized and underpaid for doing one of the city’s most dangerous jobs.” There’s a station nearby, where Jalea had taken his two young children for a tour earlier this year. “My son is obsessed with fire trucks and my daughter’s favourite colour is red, so I was able to make everybody happy,” he says. For the mural, Jalea used geometric shapes spelling out “gracias,” blended with the image of a fire truck to guide the eye down the wall and around the corner to the bakery. He says the community has been thrilled to see the wall, which had been tagged with unsightly graffiti before, turned into a tribute to first responders. 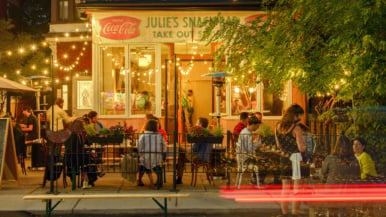 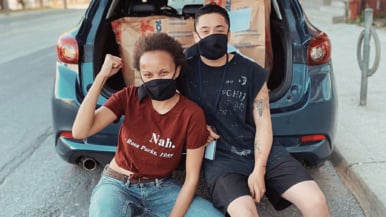 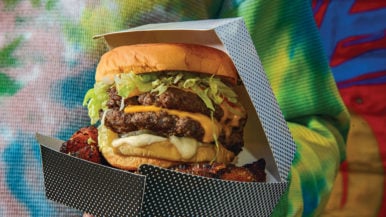 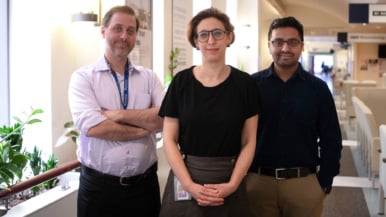 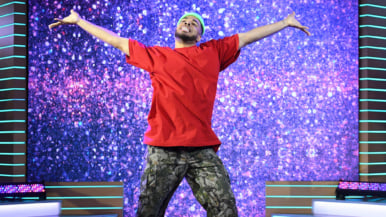 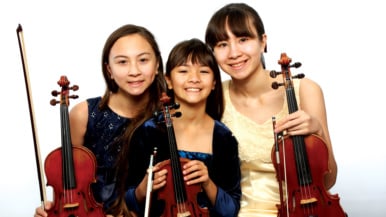 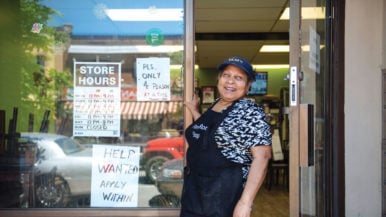 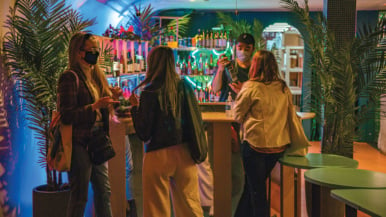 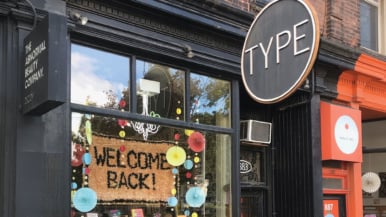 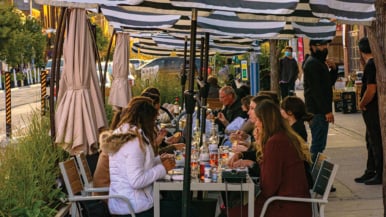 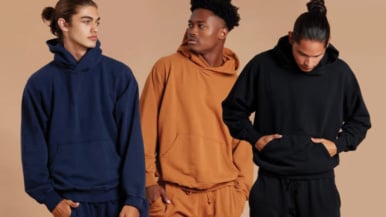 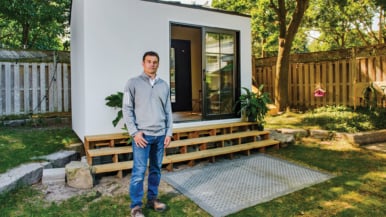 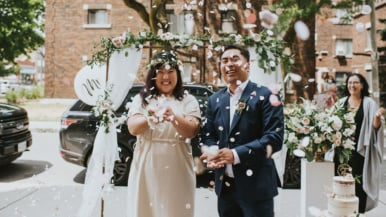 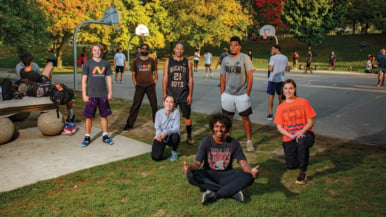 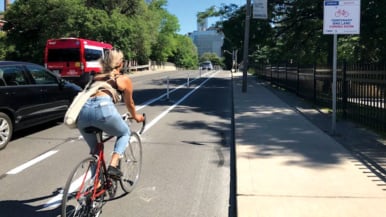 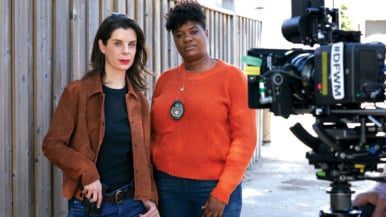 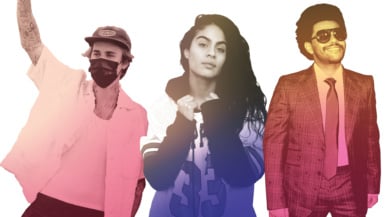 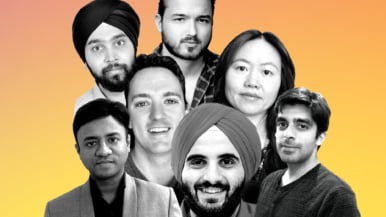 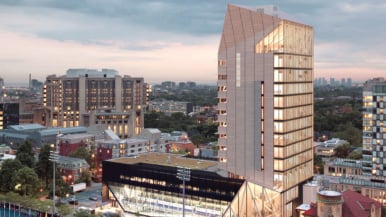 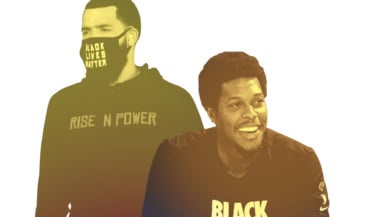 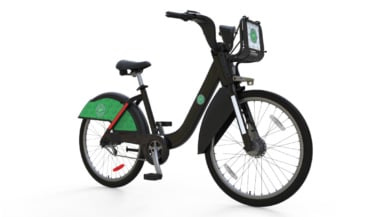