“My company usually has 250 drivers. There are two of us left”: What it’s like to be an airport limo driver during the pandemic

“My company usually has 250 drivers. There are two of us left”: What it’s like to be an airport limo driver during the pandemic 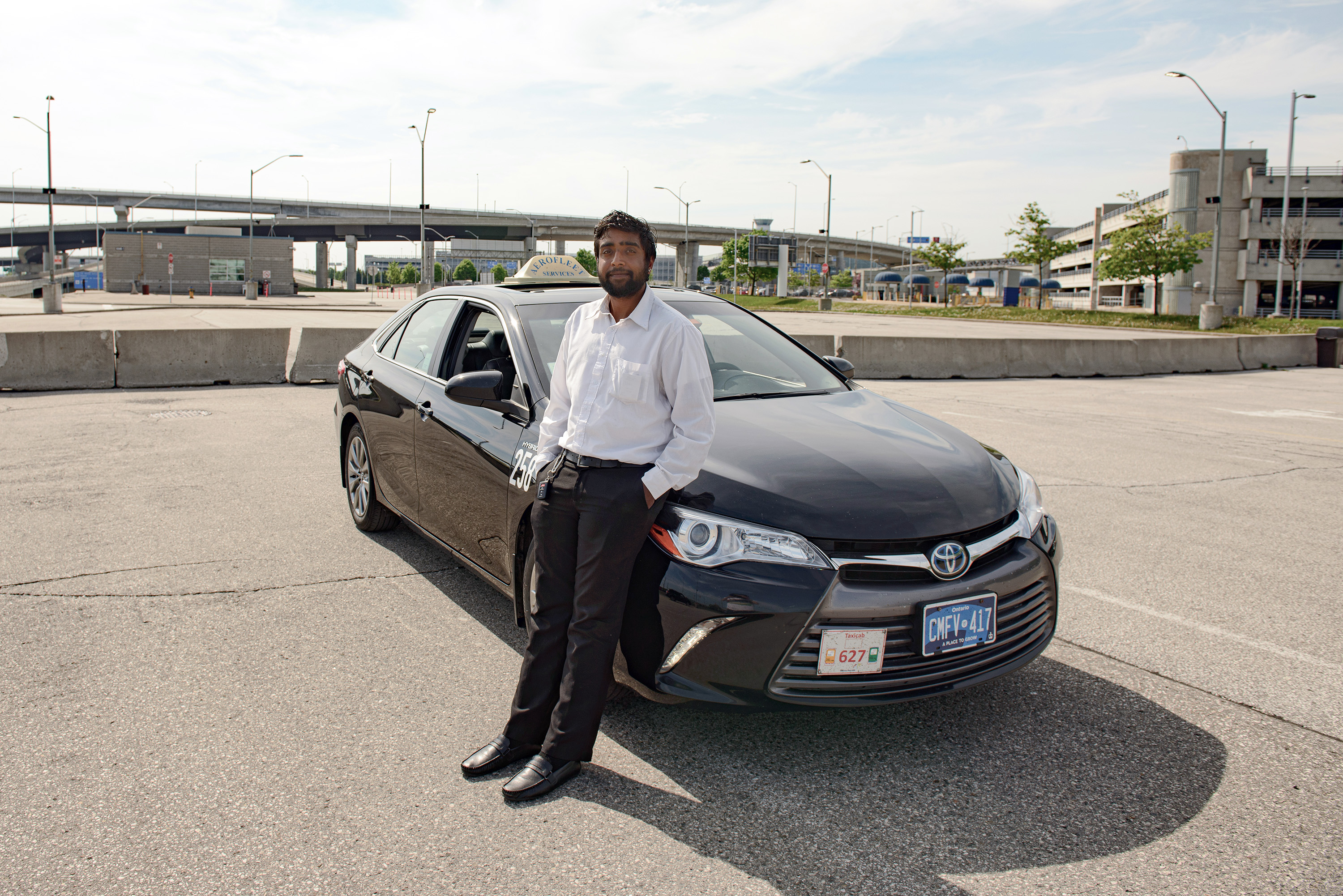 My dad has been driving taxi for 20 years, and I started a couple of years ago, so we share a car. I’m 26, and I thought it would be a good way to make money while I figure out what I want to do with my life. My favourite parts of the job are the driving itself—I love being behind the wheel—and meeting so many people. I get to be a kind of a tour guide for Toronto. As an airport taxi driver, I’m constantly driving people who are new to the city or who are excited to be home. Before Covid-19, I would work about 10 hours a day and take about 10 fares, sometimes more.

I first heard about coronavirus in early January, when China started reporting cases in Wuhan. Most people weren’t taking it seriously yet. I mentioned it to friends and they were like, “Dude, what are you talking about?” But by February, drivers were concerned about it. We would be waiting around in the compound—the area where the taxi and limo drivers wait for fares at Pearson—and everyone was asking, “What are you hearing? What are we supposed to do?” This was before community spread started, so the biggest danger came from people who might be bringing the virus from other countries. Suddenly, going into work everyday was like being at the epicentre of Covid. The PM was telling Canadians to come home from abroad and stay home in case they were sick. But it’s not like all of these potentially sick people could get home from the airport on their own. Somebody had to drive them.

There was a lot of confusion at that point. On the news, I saw that they were supposed to be screening at customs, doing temperature checks and telling people to quarantine for two weeks. But then people would get into my car and no one had told them anything. They would be asking me what they were supposed to do, whether they should be isolating, whether it was okay to go to the grocery store. That didn’t inspire a lot of confidence. I can’t say for sure if I had anyone who was sick in my car—I didn’t ask, and no one offered the information. Normally, as an airport driver I’ll ask the customer where they’re coming from, just as a way to be polite and make conversation. All of a sudden it felt like a loaded question, like people might think I was asking to determine how much of a threat they were. I would be lying if I said I didn’t think about it. My customers were coming from China, Italy, France, Spain, England, India. And of course I was following the news and seeing that those were the hot spots. I started wearing a mask recently, but back then, in February and March, the instructions were confusing. When I did see someone in a mask, it was like, “Wait, does that mean they’re sick? Should I be worried?”

It worked the other way too. I could tell passengers were wondering who I’d been in contact with, how often I was washing my hands. Some fares got into my car and acted like nothing was wrong, and others were basically wearing hazmat suits—surgical masks, faces covers, gloves, scarves. Business was pretty good in that first rush, but things changed quickly when the city went into lockdown. A lot of us drivers make our insurance payments on the first of the month , so there was a huge drop-off on April 1—one day the lot was pretty much full, and the next day almost half the cars were gone. Over the Easter long weekend, I worked three shifts in a row, eight hours a day, and I didn’t get a single fare. It’s not like anyone was paying me to sit in my car and wait. By May 1, it was a ghost town. I work for Aerofleet, which normally has 115 cars on the road, nearly 300 drivers. Now it’s me and one other guy. Some of the guys were worried about getting sick, but there was also very little work.

It’s definitely been lonely. This industry is a brotherhood—we all hang around in the lot before and after shifts. For older guys like my dad, that’s where almost all of his friendships here have come from. They’ll spend hours in the cafeteria drinking coffee, playing cards. My dad’s uncle retired a few years ago, but he still goes in just to hang out. I think that’s one of the reasons my dad kept driving, maybe a lot longer than he should have. I was always saying to him, “Dad, are you sure this is a good idea?” Especially as people started getting sick. I’d hear about someone contracting Covid and think, What? I just saw him yesterday. And then we started to hear about drivers who had died—at least 10 as of early May. That was hard for the entire community. We’re scared, and we’re mourning this giant loss. I was talking to a friend of mine the other day, and he had spent the entire week attending Zoom memorial services.

My dad finally stopped driving in mid-May. I do both of our shifts now, and still I’m nowhere close to making as much as I did before Covid. I live with my parents, but I haven’t been seeing very much of them. I take my clothes off in the garage, then I shower and put on fresh clothing after that. My mom will sometimes leave food out, but other than that, I’m in the basement, totally separate. I can’t even imagine if my decision to keep driving got one of my parents sick.  My grandparents normally live with us, but they’re stuck in India at the moment—they’re fine, just unable to get a flight home. I miss them, but it’s kind of a good thing, since we wouldn’t be able to see them.

I don’t want to call myself a front-line worker or anything like that—especially compared to doctors and nurses and how much danger they are exposing themselves to—but it feels good to help people when so many people are helpless. I have picked up a couple of new immigrants to Canada, including a student coming from Bangladesh, who was still excited to be here, despite everything. That encounter reminded me how lucky we are to live in Canada, even in the middle of a pandemic. Last week I picked up a woman who couldn’t get back home to the States from Barbados, so she flew to Canada. I drove her from Pearson to the border, and her dad picked her up. They obviously wanted to hug so badly, but they had to do it from a distance. That was pretty awesome.

I haven’t had any bad experiences. If anything, people are really interested in hearing what my time on the road has been like. Most people are happy and relieved to be coming home, no matter how weird or scary things are. Recently, I sneezed into my mask while I was driving a woman home. It was just one of those regular sneezes—maybe dust or something—but of course I panicked. The woman just said, “Bless you.” That was nice.