“It will cost us about a million dollars not to operate this year”: Camp Arowhon director Joanne Kates on the devastating decision to close summer camps

“It will cost us about a million dollars not to operate this year”: Camp Arowhon director Joanne Kates on the devastating decision to close summer camps 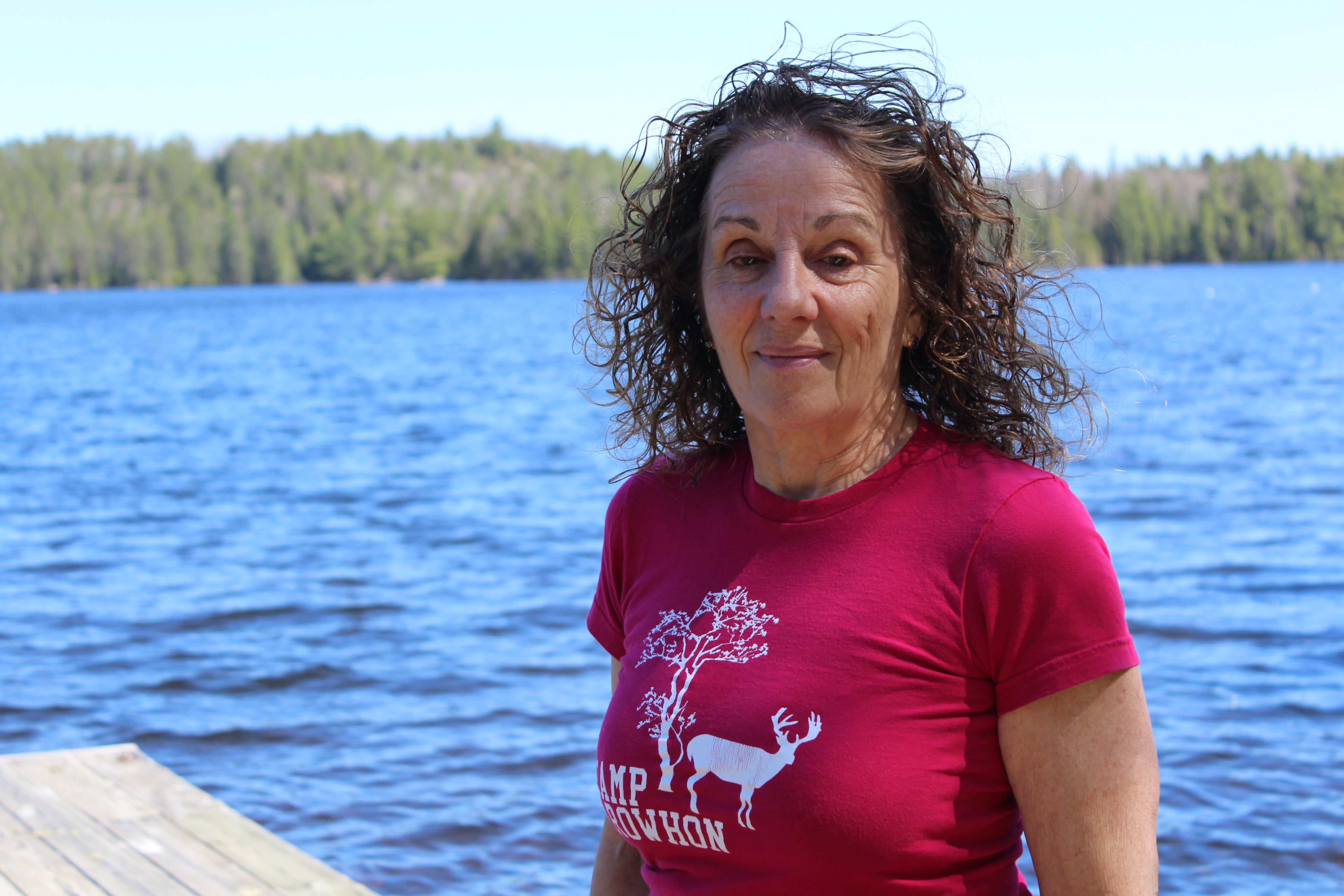 For four decades, Joanne Kates spent most of the year praising or pooh-poohing Toronto’s restaurants as the Globe’s food critic. Then, every summer, she’d go “home” to Camp Arowhon. Kates’s grandmother founded the getaway in Algonquin Park in 1934; Joanne took over as director in 1989. Earlier this week,  news that overnight camps are cancelled in the face of Covid-19 hit the Ontario camping community like a ton of uncooked bannock. Here, Kates shares her thoughts on the government’s decision, the parents’ heartbreak and why she’s still spending the summer at camp.

On Tuesday, the premier announced that overnight camps are officially off for summer 2020. Were you expecting this?
The Ontario Camps Association has been hosting virtual town halls several times a week with a couple hundred camp owners and directors, and we’ve been talking about it constantly for the last few months. The tone has been somber, scared, confused. For a while the question was, “To run or not to run?” which was a stressful burden. Many of us, myself included, saw the government’s decision as inevitable. As camp owners, our prime directive, our most sacred trust, is to keep everyone in our care safe. We knew we couldn’t do that in the face of Covid-19. We knew it was almost guaranteed that at least one camper or staff member would come to camp either asymptomatic and ill or pre-symptomatic. By the time we’d figure out that person had Covid, they would have infected a bunch of other people at camp, because we live and eat and play in very close quarters. Imagine 12 or 14 people sharing a cabin, a toilet, squished side by side on benches in the dining hall.

Was there a time when you thought maybe you could make it work with some adjustments?
We used the m-word—mitigation—a lot and for a while. We considered taking temperatures at the bus, isolating a kid as soon as they presented symptoms, counsellors remaining at camp on their days off. We talked about social distancing, but from the time I understood Covid-19, and that the majority of transmissions come from asymptomatic people, I was never confident that we could move forward. It was just ludicrous to imagine that every time a child shot an arrow, a 17-year-old counsellor would have to sanitize that arrow before the next kid touched it. The decision is heartbreaking. But it’s the right one.

A lot of readers will know you as a veteran Toronto restaurant critic. How does a city foodie end up running a camp? Do you miss the five-star dining?
My grandmother, Lillian Kates, started Camp Arowhon in 1934. Then my dad ran it, and then I took over in 1989. This would have been my 32nd year running the camp. It’s my home. I learned to walk here, and I was in a canoe before I could walk. As for the food, we eat well here, lots of fresh ingredients, food made from scratch. Our chef is from Mexico, so her fajitas are popular—perfectly cooked chicken, homemade guacamole and pico de gallo. Her brisket is amazing. Yesterday I had a lentil soup that was better than anything you’d find in most Toronto restaurants.

So you’re at camp now?
I got here on the weekend. The minute I passed the gate into Algonquin Park, I started to cry. I sobbed for the entire 40 minutes it took to get to camp. It’s all the grief and stress of the last few weeks coming to the surface. You don’t become a camp director unless you love camp. It is tremendously rewarding.

Will you spent the summer there or will that be too sad?
It’s already so sad. My husband and I live right beside a 12-year-old girls’ cabin. I was walking by it and thinking how I’m not going to hear their voices, their laughter. I’m not going to wake up to screaming at midnight because there’s a bat in the cabin and my husband has to come in with his fishing net to catch it. Still, even with nobody here, we need to take care of the site. My son is learning to run the property, and he and my daughter are training to take over camp. My daughter is also going to oversee an online program for our leaders-in-training so they can come back prepared to be junior counsellors next summer. As for me, I don’t know. I’ll have time to do the things I have never done. I have a new bike. Usually I don’t leave the property—I want to be here if there’s ever an emergency. So I guess this year I’ll get out and do some exploring in the Algonquin forest.

When I was at camp, impetigo was considered a camp-wide emergency. Has the Canadian camping community ever faced anything like Covid-19?
Not even close. We had H1N1 a few years ago, and a lot of kids got the stomach bug, but that was never life-threatening. With SARS, that was a spring event. We were terrified in May and early June, but then it went away. We’ve never had anything like this, and we’ve never missed a summer, including during World War II. And then along came Covid-19.

As well as an emotional loss, this is a tremendous business hit.
That part of it is hard for all of us right now. I went to have my hair cut right before lockdown and I said to the person cutting my hair, “You know, you’re going to hurt because you’re going to lose three months’ revenue.” But for us, three months represents 12 months’ worth of revenue. Zero revenue for 2020. It will cost us in the neighbourhood of a million dollars to own Camp Arowhon and not run it.

Are there expenses that you can avoid?
We won’t be spending on food, so that is one area where we can save, but I think people have this idea that camp springs from the forehead of Zeus every year on June 23 when the campers arrive. The reality is that we spend a lot of money between September and July. We have seven full-time employees, full-time maintenance staff and our chef works year round. We pay rent at our Toronto office and at Algonquin Park. The list goes on. When the pandemic hit, we had an owners’ meeting right away to talk about any costs we might be able to abandon. We had ordered one of those giant inflatable water toys. I asked my son if we could cancel that but it was already on a boat from China. So that was $20,000 spent.

That is one fancy floaty!
It’s a Nautilus. It’s the size of a small island and comes with two climbing walls and three slides.

With so much IRL activity going online, can you imagine camp doing the same?
I don’t know. People have been talking about virtual camp, but that’s pretty thin beer compared to the real thing. We’ve all been doing virtual campfires over the spring, to connect with our communities and stay positive, but I’m not sure how much anyone wants that to continue. The crappy songs we sing at campfire and the lame skits—when there are 500 of us sitting on cedar benches around a roaring fire in a beautiful clearing in the middle of Algonquin Park, those things are so special.

You must have heard from a lot of disappointed kids in the last day or so.
We’ve mostly heard from parents. I’ve gotten more than a hundred emails in just a few hours from parents saying their hearts are breaking, they don’t know how they’re going to tell their kids. And then we’ve heard from staff who are so disappointed: 200 young people who were counting on work this summer to pay tuition. It’s just awful.

Are you confident about summer 2021? For Arowhon? For other camps?
I’m not willing to imagine anything other than full-on camp next summer. We will be back, and it will be wonderful. If you are a camp owner who has bought recently, who has a mortgage to pay—those people could be in trouble. In that sense, we’re very fortunate. That’s something I’m trying to focus on. In the letters from the parents I had one mom say that while this is very sad, aren’t we’re privileged that we have camp to lose? It is a good reminder to put everything in perspective.