Inside an exclusive fundraiser at David Daniels’ Casa Loma mansion

Inside an exclusive fundraiser at David Daniels’ Casa Loma mansion

Last night, affluent arts supporters gathered at the swanky home of producer Kate Alexander Daniels and developer David Daniels (principal of the Daniels Capital Group) to celebrate the Musical Stage Company. The non-profit musical theatre company is Canada’s largest, producing award-winning shows. Conrad Black, Suzanne Boyd, Don McKellar and other guests mingled before heading downstairs to the Daniels’ mini theatre, where they were treated to performances of works by writer and composer Britta Johnson. The evening raised nearly $200,000 for the company.

Divine Brown sang “Magic To Do” from Pippin to let guests know the first showing was about to start: The rest of the performance was dedicated to songs by Johnson, whose next three works will be produced and funded by the Musical Stage Company. The first song was “Everything is Music,” from A Gathering in Memory of Dr. Gordon P. Silver, a musical set partly at the funeral of a cult leader, performed by Rielle Braid (centre), Barbara Johnston (centre left) and others: After the first song, host David Daniels, the company’s executive producer, thanked everyone for coming, joking that a funeral is a great way to kick off an event: His wife, Kate, has hosted three of these events in their home. She received cheers when she was thanked: Sara Farb and Daren A. Herbert performed the next song, “Before Him,” from Johnson’s musical Life After. In it, the daughter of a recently deceased self-help guru hears from some of his most devoted followers: The final song, “Light,” from Johnson’s musical He is Coming, was performed by Eliza-Jane Scott: Guests were then treated to a surprise performance from Tony winner Brent Carver, who led the crowd in a sing-along to “I’m Forever Blowing Bubbles”: Conrad Black, whom Daniels described as a “word gymnast” during his introduction, and Barbara Amiel were in attendance: This post has been updated from a previous version. 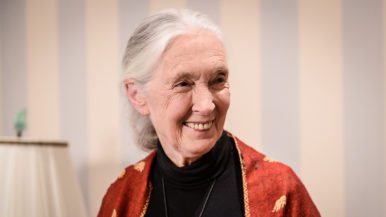 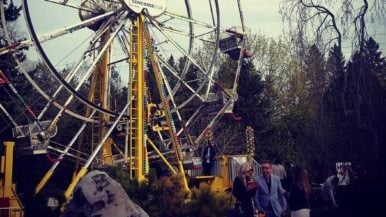