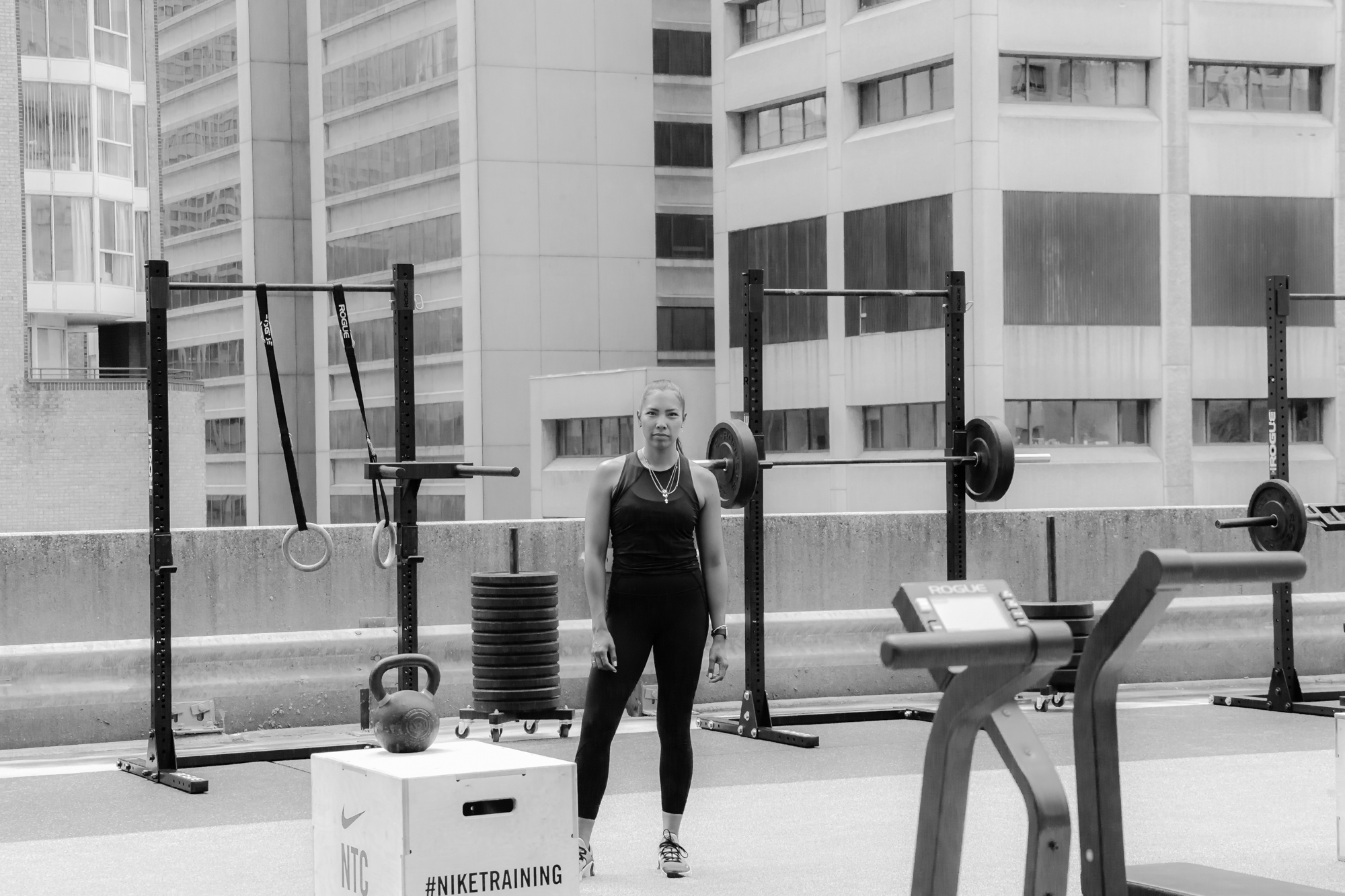 Unwilling to spend another summer running classes in the park, Toronto fitness instructor Jennifer Lau aimed high, opening a sister location of her FitSquad gym on the roof of a six-storey parking lot. A first in the city of Toronto, the 3,000-square-foot training facility offers a chance to work out under open skies (with an epic downtown view). Here, Lau talks about her struggle to stay in business over the last 18 months and why she finally feels like smiling again.
—As told to Courtney Shea

“In September 2019, I opened FitSquad with my partners, Aldo Frixione and Gabriel Lee. I’d spent the previous 15 years working as personal trainer. I specialize in functional strength training, which includes kettlebell and barbell use. Our concept was a cross between a boutique gym and a CrossFit studio: all of the intensity, but in an upscale environment. We found our dream location at Adelaide and Peter—6,000 square feet, 12-foot ceilings and loads of natural light. We installed premium equipment, a branded Instagram wall and the city’s longest custom turf. The planning and build took almost three years and tens of thousands of dollars. Right before the first lockdown, we had our busiest weekend ever, and we were on track to recoup our investment by 2025. Needless to say, spending 80 per cent of our first two years shut down was not part of the business model.

“To say the last 18 months have been tough would be like calling the Iron Man marathon a light workout. When everything closed down last March, we thought we were talking about a few weeks to flatten the curve—that’s what everyone thought! When we realized it was going to be longer we started doing some online classes, but the numbers never added up. People aren’t willing to pay the same for virtual as they would for an IRL experience. But I still had to pay my staff, and I still had to pay rent, which is $30,000 per month. We were lucky to have a supportive landlord, Crown Realty, which was willing to apply for the CERS subsidy. Unfortunately, it didn’t kick in until September 2020, and even then it only covered half the rent. We applied for the $40,000 CEBA, or Canadian Emergency Business Account, but it didn’t go very far—and we still have to pay it back. We’ve all invested our life savings into the build, so it’s not like we have a rainy-day fund to draw from.

“The first lockdown was hard, but there was the sense that we were all in the same boat. Like, yes, this totally sucks, but it sucks for everyone—retail, restaurants, ski clubs. More recently, I feel like the fitness industry has been unfairly persecuted. Ontario’s top health care officials released a report showing that only three per cent of transmissions could be traced to gyms and fitness facilities, compared with 14 per cent at restaurants. We were finally allowed to reopen in November, but got shut down again just a few days later—after we spent two weeks getting ready, setting up our equipment and bringing back staff. Staying closed is terrible, but the whiplash and uncertainty has been a particular kind of hell. I’m constantly waiting for the next update. CP24 has been on for a full year.

In the spring, we were hopeful that indoor gyms might get the go-ahead to open as part of Stage 2, but once again we were sidelined. Our clients have been really supportive, and some have even paid their membership fees the whole time, which makes me want to weep with gratitude. But every time there was another round of closures, we lost people. 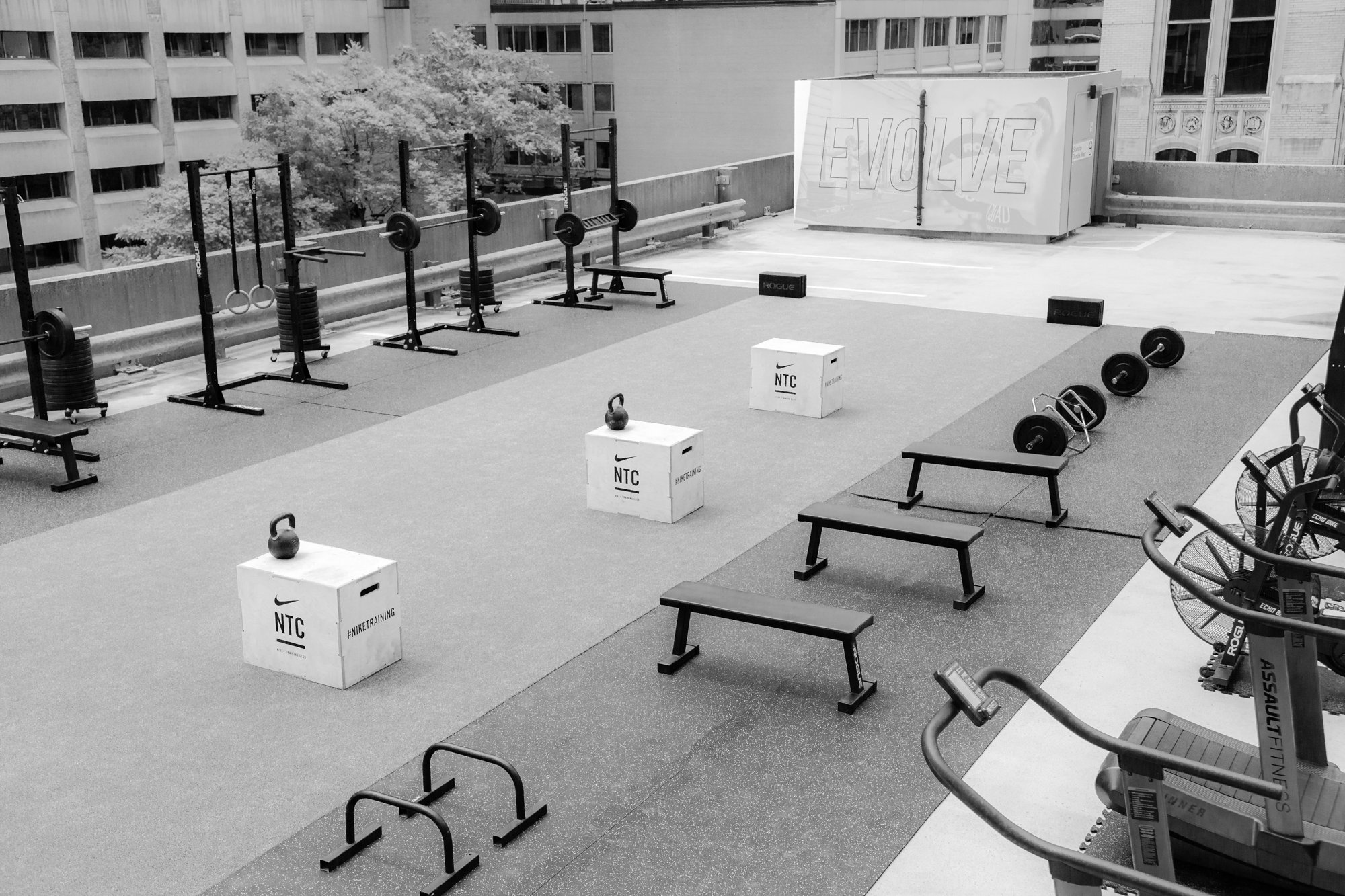 “Going into summer 2021, we knew we needed a plan that gave us some certainty. We first got the idea to do a rooftop location from looking at gyms in L.A. on Instagram. It started off as more of a fantasy, but the more we thought about it, the more it felt like a pivot we could pull off. It was fate—we found out our landlord had an unused 3,000-square foot roof space just two blocks away from our gym, on top of a six-storey car park, and they were willing to partner with us on the new venture. We are able to use some of the equipment from the main location, but we had to buy a lot of new things to work in the outdoor space: five new squat stands, a new storage structure and an Instagram wall. My business partner Gabriel came up with the design and layout—although we were able to use a lot of equipment from our main location, we had to buy a bunch of new stuff as well. We spent $8,000 on new turf and flooring alone.

“The construction took two weeks, and then the three of us spent four days setting up. I could definitely skip my normal workout after lugging kettlebells up six flights of stairs. We were still laying turf at midnight the night before we opened. I was so totally exhausted, but my adrenalin was too high for me to sleep. It was like that classic high school nightmare: what if I’m throwing a party and nobody shows up? I wasn’t sure what to expect.

“Clients started coming in at 7 a.m. the next morning. Some of them were faces I’d seen on screen for more than a year, so to meet them in person was amazing and surreal. The way the space is laid out, you have to take an elevator to the roof and then come up a ramp, so the view of the city hits you all at once. My favourite thing has been seeing the looks on people’s faces as they take it all in. Like, holy crap, this is amazing! Everyone has been so enthusiastic. Clients have shown up with champagne and doughnuts. One even brought us a new Nespresso coffee machine. I think there is a tendency to think of people affected by gym closures as a bunch of avocado-toast millennials, but our client list includes teachers, parents, front-line workers. One client, a radiologist, was texting me the other day saying how grateful she is to be back. She said that coming to our studio helps her do her job. 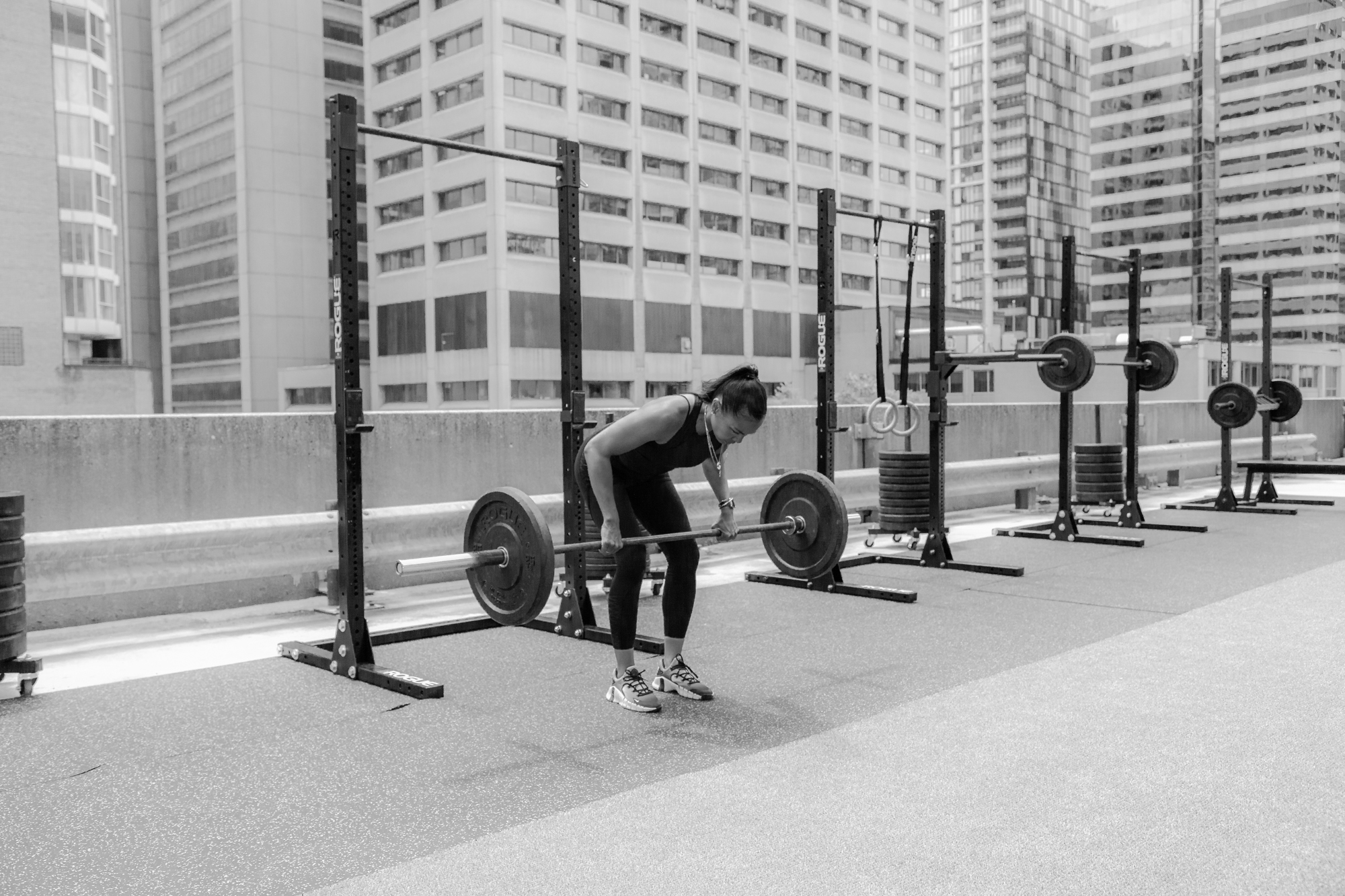 “We opened on a Monday, and by Wednesday we had to freeze registration because we were completely full. As a small business owner, that was a huge relief. And as a person who has devoted her life to fitness, it’s even more than that. For so long I’ve had to plaster a smile on my face when I’m teaching.  For the first time in months, I actually have something to smile about.

“It’s not easy, though. It feels like we’re in a very celebratory time right now—yeah, the vaccine is here, Covid seems to be over. But for small business owners, there is no such thing as hot vax summer; it’s just about surviving. The financial repercussions will last years. We borrowed even more money to launch the new rooftop project, and the pessimist in me worries that maybe we should have used that to pay off our debt.

“Still, I’m trying to focus on the positive. If you had told me two years ago that I would be opening Toronto’s first ever rooftop gym, I would have said that was crazy, but here we are. People are absolutely loving the al fresco experience. Or maybe they’re just loving being able to do a workout somewhere that isn’t their 600-square-foot condo. It rained on our first day, and on and off the whole following week. I assumed that people might not want to come in bad weather, but we have had people working even when it was pouring. It was nice to see that kind of commitment. I guess after a global health pandemic, what’s a little rain?”