“I never felt like the end was near”: A 95-year-old grandmother on what it’s like to beat Covid

“I never felt like the end was near”: A 95-year-old grandmother on what it’s like to beat Covid 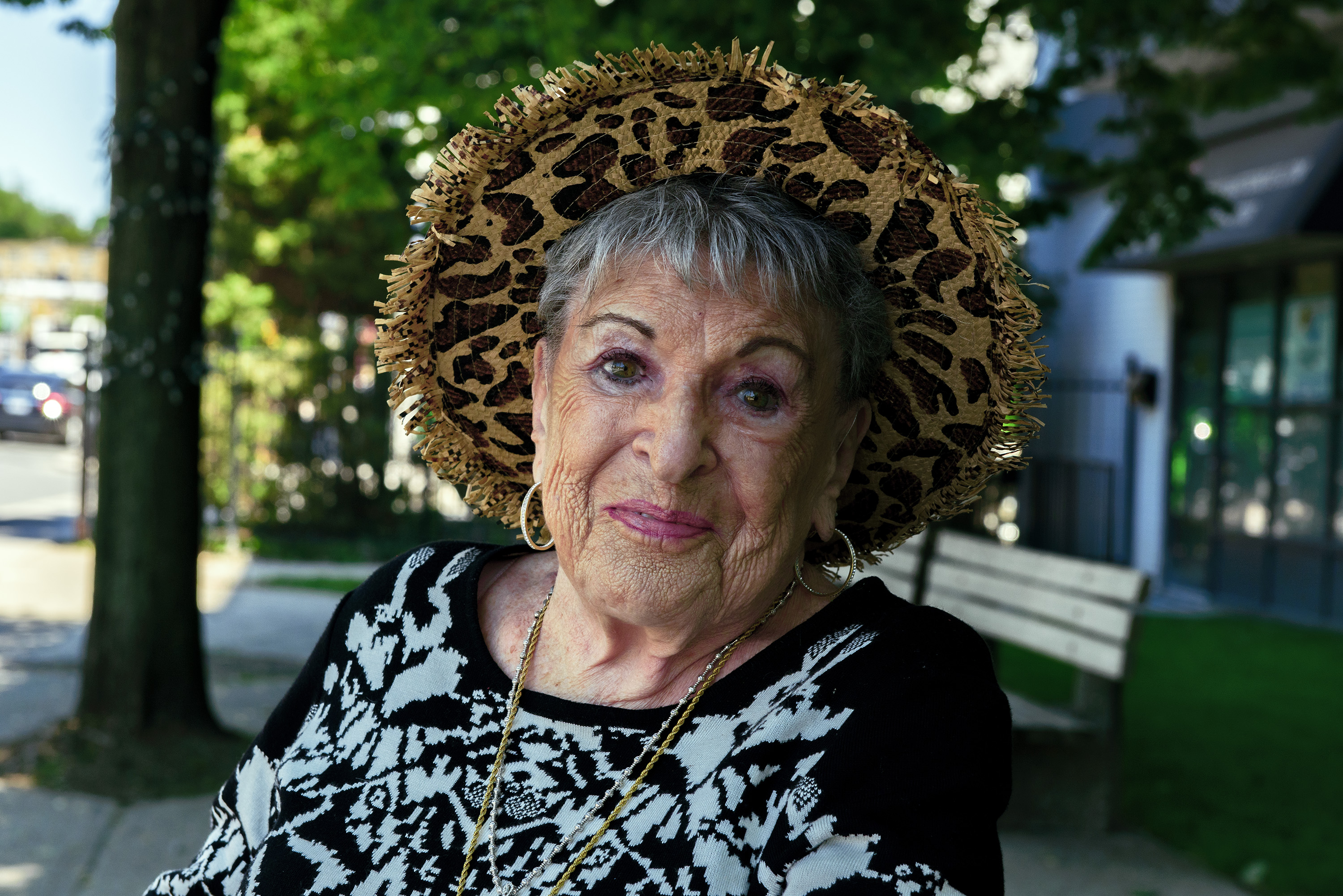 Ruth Barmash, a 95-year-old retired advertising professional, contracted Covid in April—and was discharged from hospital a few weeks later. Toronto Life talked to Barmash about coming out on the other side of the pandemic.

“I grew up in Montreal when it was a very cosmopolitan city, so I’ve always looked after my appearance—what I call my ‘being.’ I like to be presentable. I colour-coordinate my outfits and love a good cheetah print. I always have on a coat of lipstick and never leave home without my trademark Moschino glasses, my gold ‘Ruth’ bracelet and my wedding ring. When I got married for the second time in the early 1980s, my husband, Vuni, said he wanted me to look ‘chic and swell,’ which is Quebecois slang for a person who dresses well. He liked when my hair was nice and my nails were done.

We moved to Boca Raton, Florida and ran a promotional advertising business for over 30 years. We sold tchotchkes, like pens and lanyards with the business’s name on it. Vuni, who was a World War II veteran, was diagnosed with dementia in 2011, and we moved to Toronto so he could receive care at Sunnybrook’s veteran’s centre. He lived there for six years before he died in 2016. I still look chic and swell, though: every week I drive up to see my hairdresser, John, who works at Joseph D. Hair Creations in Lawrence Plaza. He cuts my hair, styles it, makes it look lovely. It’s appropriate for my age. There are no appointments at the salon—it’s first come, first serve—but I think he’s worth waiting for. I also get my nails done every two or three weeks. I go to a salon near Bathurst and Eglinton and ask for three-inch acrylics painted bright red.

“I’ve lived at Glen Gardens, an apartment building for seniors in North Toronto, for almost 10 years now.  They have lots of movie nights and theme parties. When the pandemic started, all the activities were cancelled. I like to play canasta with one of my neighbours downstairs, but we stopped because people didn’t like to see each other so much anymore. I wasn’t scared. What can I say? The building brings meals right to our door so we don’t have to go out to eat, and my daughter Susan brings extra groceries for me. She takes good care of me.

“On Good Friday, I got a call from Toronto Public Health informing me that I was exposed to somebody who had tested positive for Covid. I’m not sure who it was. I have a personal support worker who comes every day and helps me shower and get ready for the day. She stopped coming after Good Friday, so it might have been her. There was also a notice in the elevator about a building resident who had been hospitalized with Covid, so maybe it was that person. The only time I’ve left the building since March was to go to the drugstore to get blood work, so perhaps I came into contact with someone then.

“A week after the call, I woke up feeling very sick. I had a rash on my chest, a temperature of 38.6 Celsius and a cough. My grandson Billy is an internal medicine resident at Sunnybrook, and he sees lots of Covid patients. He figured that I probably had the virus. My symptoms seemed to clear up after a few days, but a week later, I started feeling much worse. I was coughing badly and felt very weak. I couldn’t walk much. My son, Brian, who lives in Atlanta, insisted that I go to the hospital. My daughter called 911 and an ambulance arrived to come get me. I can’t remember much after that because I was quite ill and out of it.

“I was very fortunate that the ambulance took me to Sunnybrook, where my husband had received such great care. When I arrived at the emergency ward, a doctor assessed me, tested me for Covid and decided I needed to be hospitalized. I was having a hard time breathing, so they hooked me up to an oxygen machine. They took me up to the Covid ward on the fourth floor, and they kept me in isolation for a full 10 days. Billy says I was treated for bacterial pneumonia alongside Covid, though I don’t remember anything, I was pretty delirious. I forgot my phone and my phone charger at home, but luckily Billy was able to drop off my stuff to my attending physician, who brought them to me.

“The staff at the hospital were just delicious. They were so kind to me. But they were kind to everybody. I did not take advantage of being Billy’s grandmother. I wasn’t able to have visitors, so the doctors made sure I spoke with my family every day over the phone. They wanted to know what I was doing, what I was eating, if I was being looked after. I had to spend Mother’s Day in the hospital, and my children put together the most wonderful gift basket and had it sent up to me. It was covered in tiny balloons and filled with chocolates and came with a Get Well Soon card. It made me feel so special, but then again, my kids always think I’m special.

“I was fortunate enough that my case wasn’t serious enough to require a ventilator. After 10 days, I had mostly recovered, and tested negative for Covid. I still needed to get my strength back, so I was moved to the St. John’s Rehab Centre. I worked with an occupational therapist, doing exercises like walking around and going up and down stairs, until I was strong enough to go back home. I’m happy to be back. When I’m on my own, I do what I want, I can go where I want. I like to talk on the phone and watch TV shows, like The Voice and America’s Got Talent.

“When I was allowed to go back home, there was no celebration because social distancing was still in effect, but my daughter and her family gave me a call. Now that the province has relaxed the regulations, I’ll be having dinner with my family for the first time in months this weekend. We’re getting together to celebrate Father’s Day and my release from the hospital.

“Everyone says I’m lucky to have beaten this, and I shrug my shoulders. I never thought the end was near. I’m very strong, and my kids are the same. We’re very strong in body and mind. I asked a doctor if I was the oldest person they’d seen beat Covid and they told me there was a 97-year-old that had done well too. What can I say? I’m lucky that I came out of this, and that’s it. But I didn’t know how lucky I was until the doctors started to tell me.

“I still feel quite weak, and I have a lot of pain in my right side. I haven’t driven anywhere since coming home because mentally and physically, I’m not ready. It’s up to my body to tell me when I can drive again. I am starting to think that it may be difficult to keep living alone, so I’m thinking about moving into a facility. Once things reopen, the first thing I’m going to do is go to the salon and get my hair done. I don’t like looking the way I do, but I don’t go out anyhow. Right now, I’m better off staying at home.”