I invested my life savings in a digital currency. Here’s how I lost it all

I invested my life savings in a digital currency. Here’s how I lost it all

It wasn’t entirely my fault! 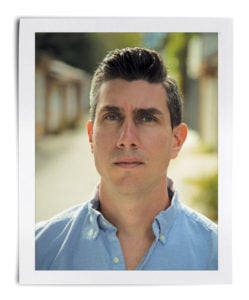 In the fall of 2017, I started to hear about cryptocurrency everywhere—the news, social media, even at my local barbershop. Bitcoin had skyrocketed from $900 to $10,000 per coin in under a year, making millionaires out of early investors. I was 37 and had never invested in anything, let alone digital currency, but I felt like I was missing out on a huge opportunity.

I started reading around and became enthralled with Ethereum, a cryptocurrency co-founded by a Torontonian named Vitalik Buterin. Ethereum’s units, called ether, can be used like bitcoin, to buy everything from virtual cats to party drugs on the dark web. But the platform itself has a bunch of other practical uses. Tech developers can post their apps for sale without being dependent on such profit-siphoning corporations as Apple or Google. And people can also use Ethereum’s “smart contracts” to broker independent deals, like the Idaho man who posted the deed to his house in order to sell without a pricy lawyer or agent. The more I read, the more excited I became, not only about the potential to make serious money, but about a utopian system that operates outside traditional financial structures.

In December of 2017, I bought five and a half ether at $900 each, investing $5,000. As a precariously employed freelance writer, this was a big deal. I promised myself I’d only make a single purchase and I wouldn’t check on prices for an entire year. Of course, I checked constantly. In the following weeks, Ethereum’s value jumped to nearly $1,800, which meant my $5,000 had grown to around $10,000, almost instantly. “Welcome to the wonderful world of crypto,” one friend said when I expressed my disbelief. I bought in again, adding around $2,000, which I couldn’t afford, but I was cocky.

I became an Ethereum evangelist. At parties, I’d preach the good word about how Ethereum would only get better as developers improved the code, and how there were hundreds of new cryptocurrencies that used the platform as their base. It was a cryptocurrency mothership! A friend bought in on my advice, and my dad asked me to invest $10,000 of his money, too. It felt good to have him take my opinion seriously. To invest our money, I used a Vancouver-based exchange called QuadrigaCX, which seemed to be a go-to source for purchasing cryptocurrency.

As prices skyrocketed, I felt a rush of possibility. Maybe I’ve discovered an Amazon in its infancy! Maybe this is what happens when you have an unregulated stock market! Maybe this is how the economy is supposed to work! I daydreamed about moving out of the apartment I shared with two roommates and buying my own house or maybe even a Muskoka cottage.

But with crypto, prices drop as quickly as they rise, and often without any discernible reason. That’s what happened in early 2018. They fell steeply, then bounced back, before falling again. I followed the ups and downs with euphoria and terror. Sometimes I would “buy the dip,” hoping to get ether at a discount due to panicked investors selling too soon. In total, I put in $8,000 of my own money. By year’s end, the price plummeted to $115, and my investment—worth nearly $10,000 at its peak—was suddenly worth a miserable $1,050.

Frustrated, I stopped paying attention until February of this year, when I tried to peek at my funds on the Quadriga exchange and saw the website was down. I got a sinking feeling in my chest and went on Reddit to see what people were saying. The consensus was that the situation was very, very bad. It dawned on me that I had not received a single receipt for any of my purchases. My money was locked inside a site that no longer worked, untethered to the real world. News soon broke that Quadriga’s owner, Gerald Cotten, had died and was, apparently, the only one with the passwords to access the funds. Reports have emerged that Cotten severely mismanaged the exchange without checks and balances to protect investors. All told, some $250 million in crypto is either trapped or gone completely.

I knew I had to break the news to my dad. Ever since we bought in, he had taken to lightheartedly asking me how our investment was doing. “So, Dad, about our investment…” I said nervously. “Something really bad happened.” It was embarrassing to admit that his $10,000 had not just diminished but vanished. I had been so arrogant. He took the news stoically and tried to make me feel better, suggesting we might get the money back one day. But I still felt terrible.

I now know that I should have stored my currency in an independent digital wallet. But because I’m so used to trusting that Canadian banks will take care of me, I put too much faith in Quadriga. As I write this, the RCMP and the FBI are trying to figure out the Quadriga debacle. (The irony isn’t lost on me: after investing in decentralized currency, free from government regulation, I’m counting on the government to get my money back.) Nowadays, I’m trying to rebuild my savings in a high-interest account and an RRSP, and my fantasies of home ownership are more modest: a condo or an income property outside the city, something that will gain value over decades, not weeks. Maybe Ethereum will revolutionize the financial system one day, and if my barber tells me about it, I’ll swallow my FOMO and check my RRSP.

Jon Sufrin is a writer living in Toronto.