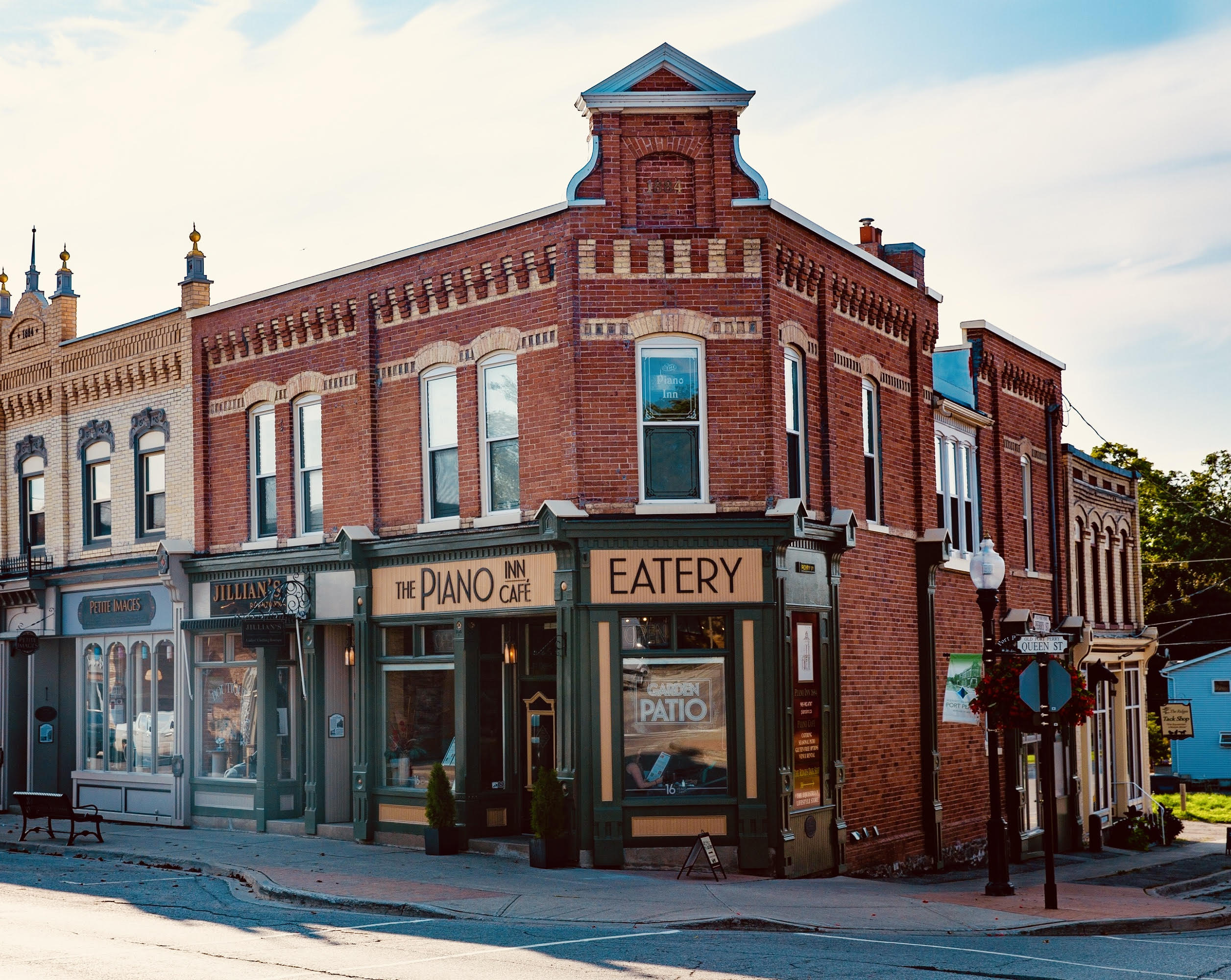 Christy Stone-Curry and her husband, Rob Curry, are the owners of the Piano Inn and Café in downtown Port Perry. When the pandemic hit, they tried to find creative ways to keep the lights on through the never-ending flurry of changing regulations. Then Stone-Curry got a call that changed everything. Here, she tells us how her little café became the home of a new Amazon TV series—and how it got her and her family through the worst of the pandemic.

—As told to Sean Wetselaar

“I remember the day I realized how serious this pandemic was going to be. It was March 12, 2020, and Doug Ford was on the news talking about closing schools and restaurants. St. Patrick’s Day was around the corner. I’d just ordered $5,000 worth of food.

“Early on, people called us asking if they could use our inn to quarantine family members who were sick. We didn’t know much about Covid back then, so we were all pretty scared. Also, I live upstairs with my husband and eight-year-old son. We decided to close the inn, even though we weren’t required to. My family owns the building—my grandfather purchased three adjoining Victorian structures back in 1972, and they’ve remained in the family ever since—so we took some comfort in that. But with the inn and restaurant shut down, we had no revenue coming in, except from the H&R Block that rented out some commercial space from us.

“During that first year or so, we were occasionally allowed to open for indoor dining, and then ordered to close, over and over again. I came up with creative ways to make money, like offering little pop-up grocery days and a farmer’s market stand. I’d sell things that were hard for most people to find at the grocery store at the time, like flour, yeast or bacon, in big, industrial packages. That allowed me to keep a few key members of my staff of 15 at least occasionally employed. When we were allowed to open at half capacity, we tried to maximize the profit per seat, moving to a fixed menu. But I was scared—no one really knew what was going to happen next, and my business and my family’s livelihood hung in the balance.

“Then, in October 2020, I got a phone call that changed everything. It was a producer for a new Amazon show called Reacher, based on the novels by Lee Child. This was the latest adaption of the blockbuster Jack Reacher series, which had previously been made into films starring Tom Cruise. As location scouts searched for quaint venues that could double as small-town Georgia for the show’s first season, they found their way to Port Perry. They wanted to rent out the building that housed our café and inn to use as a home base in the town for two days. I was a little freaked out by Covid, but I needed the money, so I said yes.

“It wasn’t the first time we’d had productions come through. In 2005, the producers of The West Wing asked us to cater a shoot for one episode of Season 6. Over the years, several more celebrities came through: Gene Hackman, Ray Romano, Marcia Gay Harden and Christine Baranski were here to shoot the 2004 film Welcome to Mooseport. Hayden Christensen, Fred Savage and some of the Game of Thrones cast also passed through for shoots. I was proud that my restaurant could bring in people from all over the world—but I hadn’t known at the time just how important our connections to the production world might become.

“The Reacher crew arrived in October of 2020. They used the restaurant to feed crew members while shooting brief footage of Alan Ritchson, the show’s star, running through the streets. They came through in a hurricane of equipment, personnel and organized chaos. The following spring, I got another call—they hadn’t gotten the shot they needed, so they came back for a reshoot. Both visits were fun and exciting for our town, and they brought much-needed money in. But at the time, it didn’t strike me as an especially large production.

“Months later, I got another call. Reacher wanted to use my corner building for a fight scene. This time, they had to get a film permit from the town. There would be more people, and they would be building a set as well as a staging ground. The morning the shoot began, my husband came to ask me what the hell was going on. I got so caught up in the excitement that I may have neglected to mention the exact day the crew would be arriving.

“The block was carpeted in equipment and people—hundreds of people. My little parking lot alone was host to a generator and tents crammed with cast and crew. There was a private chef and people lounging in lawn chairs, dressed for cold weather. It was June. I stumbled into my building, where an efficient group of workers was unplugging all of my appliances and repainting my walls. I bumped into a camera operator who sent me to a trailer where they were screening for Covid and handing out wristbands to show you’d been cleared. The Covid screener ran out of wristbands—he distributed 300 that day.

“I parked myself across the street on a bench in front of the town funeral home and watched the production for most of the day. The crew made my restaurant look beautiful—all white tablecloths and Southern polish. Alan Ritchson came through my front doors over and over again, sometimes covered in fake blood. Between scenes, I snuck in to take pictures and got one with Alan. He invited me up to Orangeville, where they were doing another shoot for the show the following day, but I assumed he was just being polite and never followed up. Afterwards, a crew member told me he was being totally sincere, and I wish I’d taken him up on it.

“It was a chaotic, three-day cacophony of lights and cameras and bodies. When they left, they put my Piano Café signage (which had briefly become JJ’s Ale House) back up and repainted my walls to their original colour. They left the place better than they found it.

“The last couple of years have been hell on the restaurant industry everywhere. We were lucky in that respect. We were allowed to open the hotel shortly after the initial first-wave panic subsided, and that helped sustained us during the times the restaurant was closed. But it was the unexpected income from the shoots that really gave us the peace of mind to weather the pandemic—and it allowed us to take the business to the next level. We’re open at full capacity again, and we get so many customers coming in who saw our building on Reacher and wanted to check out where the scene was shot.

“That’s not the only change to the place, though. I had an empty unit that a tenant vacated at the start of the pandemic, which we’d planned to use for overflow seating. My son noticed, with the wisdom only an eight-year-old can possess, that in the warming days of early spring, the lines in town weren’t for restaurants; they were for ice cream. He likes ice cream and thought I should open a pop-up ice cream parlour in the unused section of the café. It then occurred to me that the other ice cream places in Port Perry don’t have liquor licences—but we do.

“We opened our ice cream shop on April 16, over the Easter long weekend. We’re serving ice cream, wine and floatinis—ice cream, chocolate and mint liqueur, and hot fudge in a martini glass topped with a chocolate-dipped cone. We’ll keep it open in the summer, and move the patio seating in there for the winter. It was a smart idea, and I’m pretty proud of my kid. He’s now the fourth generation to work on making these buildings something our town can be proud of.”