As a boy, he fled Somalia for Canada. Now he has the unenviable job of deciding who gets in and who doesn’t 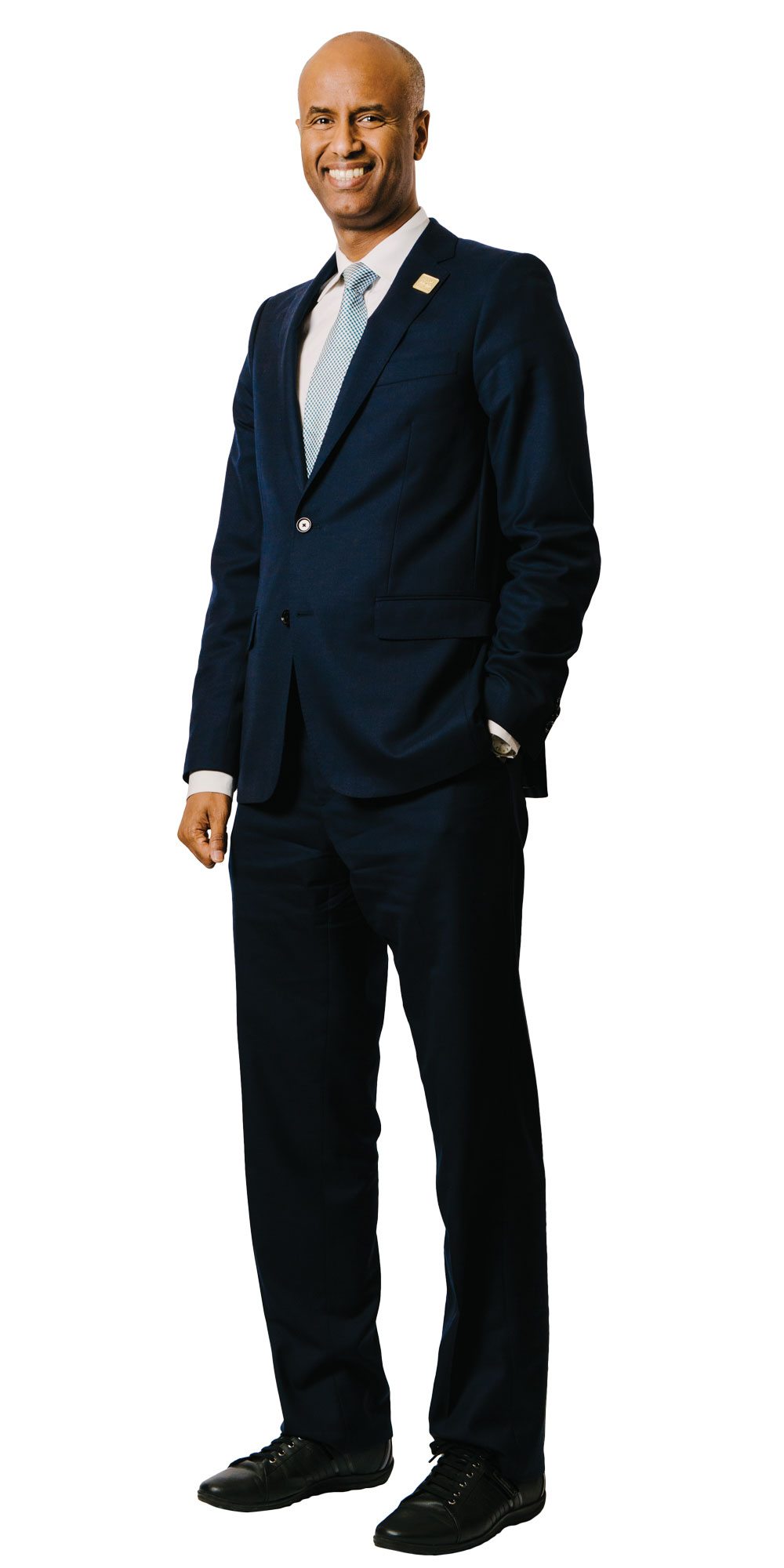 In January, you became immigration minister. Two weeks later, Donald Trump signed an order banning visitors from seven Muslim-majority countries, including Somalia, the country of your birth. Was this a travel ban or a Muslim ban?
Neither. My U.S. counterpart, John Kelly, the head of Homeland Security, told me that it was a pause to allow them to deal with travel document integrity and analyze their refugee resettlement program. I have to take him at his word.

The Canadian government has committed to admitting 300,000 permanent residents in 2017, and right now you’re deciding what the number will be in 2018. What can we expect?
I don’t have exact numbers yet, but I can assure you it won’t drop. It’s a matter of finding the right mix.

Kellie Leitch, the former Tory leadership contender, made lots of noise on the campaign trail about Canada’s screening process being lax. Did she have a point?
No, she didn’t. And her dog-whistle rhetoric was soundly rejected. I don’t think she knows very much about screening.

Are all newcomers interviewed in person?
No, but we don’t have to in order to assess threats. We screen for criminality, human rights violations, terrorism, health. And the results speak for ­themselves: we have brought in 40,000 Syrians without compromising security.

You have intimate experience with Canada’s immigration process, having come here from Somalia as a boy. What were your early years in Mogadishu like?
Happy. Lower-middle class. My father owned trucks; my mother ran the household. Neither knew how to read or write.

The Civil War started in the 1980s. When did your family decide to leave?
The turning point was in 1991, when the president fled Mogadishu. We headed south in the back of an open truck, and eventually made it to Kenya, where my mother had friends.

Two years later, at age 16, you were bound for Pearson. What were your first impressions of Canada?
The cold! I was wearing dress shoes and a leather jacket. I recall walking from the terminal to the parking lot and thinking, how do people live here? I was also surprised by the cleanliness. In Africa, you have clean streets but also mounds of garbage, which someone will eventually light on fire.

How was the transition to life in Canada?
Hard and lonely. My older brothers were already here, but my parents were still in Africa. I had to figure out how to use the library and TTC, how to adjust to school and find a job, how to use a bank machine. I was embarrassed one day when I had difficulty exiting a Toronto streetcar—I didn’t understand that you had to stand on the step for the door to open.

When did Canada start to feel like home?
Once I joined the track and field team in high school. I was 6 foot 5, and I got three athletic scholarships to the U.S., but I couldn’t go because my permanent residency application was backlogged for six years. And without it, I couldn’t get a student loan anyway.

So how did you afford university?
I pumped gas in Mississauga for $6.85 an hour. I lived in Regent Park, so I took a streetcar, a subway and a bus, and then walked 20 minutes. But I saved enough in eight months to pay for my first year at York University.

How did you meet your wife?
I met her many years later, when I got involved with the Canadian Somali Congress. I recruited her to sit on the board.

Was it love at first sight?
Haha, not really. It happened gradually. Our first date was dessert at a place called Williams on Dixon Road. Right now she’s raising our three boys. Our youngest is 11 months, so life is busy.

You eventually became a human rights and immigration lawyer. Why run for office?
I used a lot of Canadian taxpayer–funded resources, including affordable housing, in those early years. In 2015, those services were under attack by politicians. Remember Doug Ford questioning the point of libraries? I used the library to print out my resumé! Eventually, a friend said, “If you feel so strongly, why don’t you do something about it?” So I campaigned for office, and here I am.