Opinion: Why Ripley’s Aquarium is one winter activity that never gets old

Opinion: Why Ripley’s Aquarium is one winter activity that never gets old 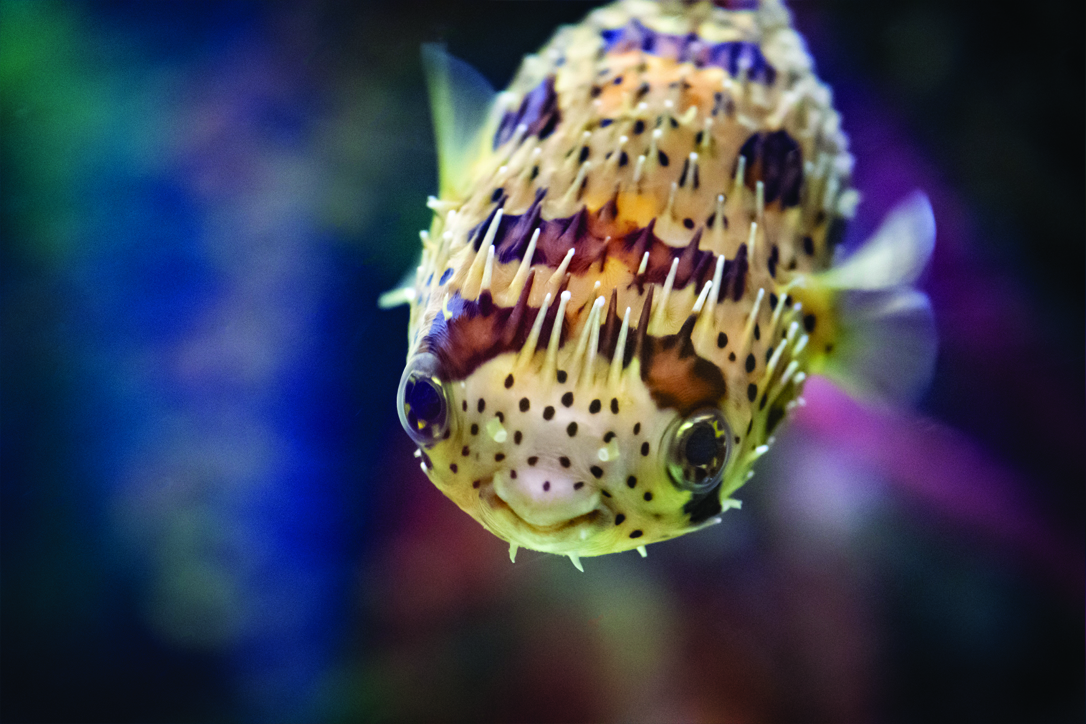 In Toronto, there are infinite ways to pass the time in the winter months, from attending the latest museum exhibitions to eating your way through city’s coolest restaurants. But when it comes to daytime excursions, few are worth repeating time and time again—we can’t imagine climbing the CN tower more than once, or spending more than a few hours at the Christmas Market, for instance. In our personal opinion, one of the only activities that actually becomes more enjoyable the more you go is Ripley’s Aquarium. It’s sort of like how you can keep listening to David Attenborough’s calming voice on Planet Earth a million times over, without ever getting bored. Like all aquatic worlds, the environments inside Ripley’s are teaming with ever-changing explosions of marine life. There’s so much to see that it’s impossible to absorb every detail on one (or even five) trips. Whether you’re taking your kids for a day-trip, or just want to zen out by yourself amid the gliding sting-rays, there’s no limit to what you can learn.

For those who aren’t aware, there are 5.2 million litres of water onsite (or about 25,000 bathtubs full), which contain marine life from all over the world. There are over seven environments, including Rainbow Reef, which replicates the warm coral seas of the Indo-Pacific region; Dangerous Lagoon, the largest exhibit, and the one that holds all those sharks; Discovery Centre, where you can actually touch creatures like horseshoe crabs; The Gallery, which caters to both bright fish and masters of camouflage; Ray Bay, which is home to gliding sting rays; and last but certainly not least, the captivating and totally Instagrammable neon-hued Planet Jellies. The place also grows their own coral on site, and there are tons of interactive exhibits, like one where you can experience what it would feel like to be shocked by an electric eel.

Inside all of that water are over 20,000 aquatic animals, meaning there’s no way you can see them all in a few hours. While there are certainly the more obvious stars of the exhibits—like majestic green sea turtles or fierce-looking bonnethead sharks—second and third glances usually reveal smaller, equally interesting creatures you didn’t catch the first time. For example, we’re big fans of the pipefish, which has a bony exoskeleton and is over 50 million years old. 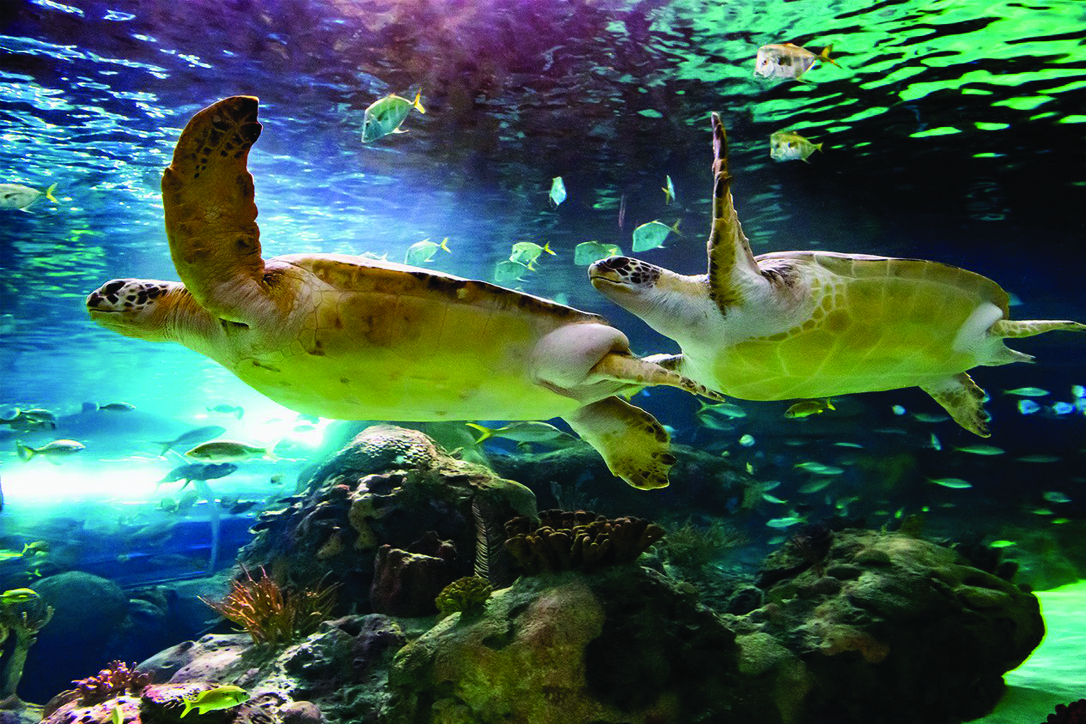 Like real-life oceans and fresh-water lakes, the aquarium also is always evolving. Though it’s been open for six years, fascinating new creatures and beautiful underwater plant life continue to pop up. In 2018, for instance, they brought in a new exhibit called Curious Creatures: From the travels of Robert Ripley, which focused on unusual critters Ripley discovered travelling around the world. There’s the peacock mantis shrimp, which can hurl itself into a punch with the speed of a .22 bullet (they had to manufacture special glass to hold them), and walking batfish, which resemble bats and walk along the ocean floor due to their poor swimming skills.

In addition to new species, there are also always new ways to take in the sights, and the aquarium keeps inventing experiences that are crazier than the last. In addition to a whole bunch of kid-friendly programming, the adult experiences are getting seriously creative. One favourite is Paint Nite, where visitors use aquatic inspiration to create their own marine-themed canvas. And for any local yogis, we can’t recommend the morning yoga classes enough: especially in winter, doing flows next to the kaleidoscopic fish and graceful rays is way more serene than in a stuffy studio.

If you can’t make it during the day, there’s no need to fret: the aquarium is open until 11 p.m. most nights—making it an excellent date-night option after grabbing a bite to eat downtown. It’s less busy then, too, so you can wander through the glowing displays unbothered by any screaming kids and snap romantic selfies in front of the vibrant jellyfish. The thing about the aquarium is that when you know how to make the most of it, every visit can be totally different and more eye-opening than the last.