Lilly Singh’s late-night debut, Jonathan Van Ness at JFL42 and nine other things to see, hear, read and do in Toronto this week

Lilly Singh’s late-night debut, Jonathan Van Ness at JFL42 and nine other things to see, hear, read and do in Toronto this week

A late-night dynamo
1The Scarborough-raised YouTuber Lilly Singh has proven her online mettle with nearly 15 million subscribers, many of them young women who feel seen by her off-the-cuff riffs on everything from PMS and bras to her own mental health. Now, NBC is banking on her bringing that spontaneous sensibility—and those millennial eyeballs—to the staid world of late-night TV. This week, she takes over Carson Daly’s 1:35 a.m. slot with A Little Late With Lilly Singh, becoming something of a unicorn among late-night hosts: a queer woman of colour under the age of 40. Details are scant, but Singh has said she plans to shake up the standard topical-monologue-celebrity-interview formula. No doubt her Punjabi parents (played hilariously by Singh) will be making cameos. Premieres Monday, September 16. Global.

Olympians on ice
2Canadian sweethearts Tessa Virtue and Scott Moir continue their quest for CanCon dominance this fall with guest spots on Battle of the Blades. The beloved competition series, which pairs hockey players and figure skaters for Dancing With the Stars–style smackdowns, returns after a five-year hiatus, bringing back head judge Kurt Browning and host-slash-national-treasure Ron MacLean. Women’s hockey superstar Natalie Spooner is confirmed to skate and, while her partner is still TBA, fans needn’t worry: Scott and Tessa will be rinkside for on-ice chemistry coaching. Thursday, September 19. CBC.

A daring take on Tennessee Williams
3Give Weyni Mengesha a standing O for bravery. She’s opening her first season as Soulpepper’s new artistic director by staging Tennessee Williams’s most iconic work. A Streetcar Named Desire’s depiction of sexual misconduct will surely resonate in light of the scandal that rocked the theatre company less than two years ago when four actresses accused co-founder Albert Schultz of sexual harassment. The tale of fragile Southern belle Blanche DuBois and her brutish brother-in-law Stanley Kowalski crackles with currency two years into the #metoo movement. Saturday, September 21 to Sunday, October 13. $38–$98. Young Centre for the Performing Arts. 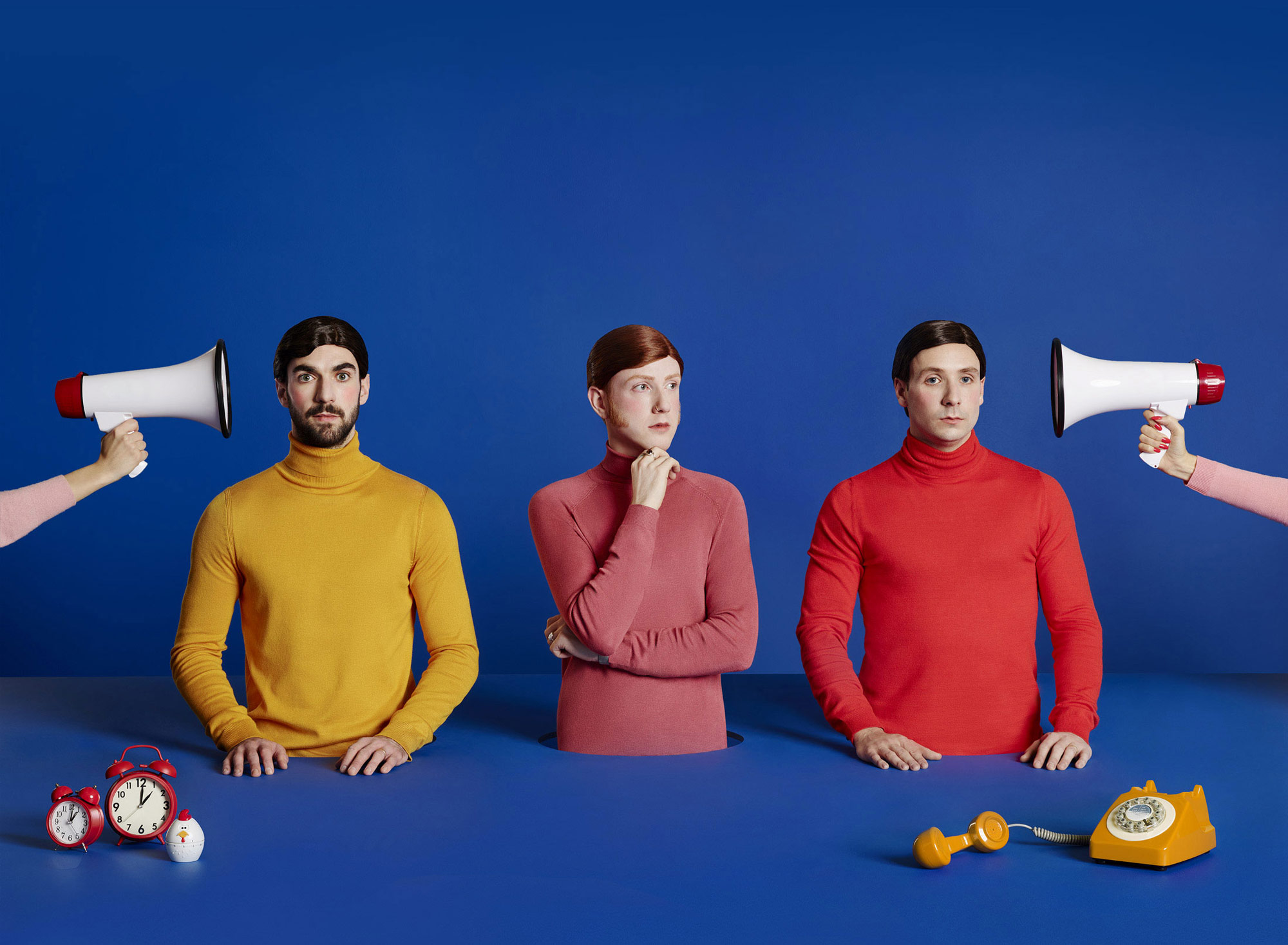 A peppy pop-punk show
4Devotees of the Northern Irish indie trio hit up a TDCC show ready to dance—not jigs, of course, but the kind of upbeat, New Wave flailing perfected by ’80s club kids. Two Door Cinema Club’s freshly released fourth album, False Alarm, is as catchy as its 2010 breakout Tourist History (which was cherry-picked by Hollister and The Vampire Diaries) but with an extra dose of synth, plus nods to David Bowie and Paul McCartney. And if the visuals for the album are any indication, slicked-down bowl cuts are likely to make an appearance at the band’s east-end performance. Wednesday, September 18. $39.50–49.50. Danforth Music Hall.

A haggish whodunnit
5Baba Yaga, that scary, bone-grinding hag of Russian folklore, gets a rethink in Yaga, a new comedy-thriller by the ever-provocative and always funny Toronto playwright Kat Sandler. When grisly human remains are found buried in an osteologist’s garden, it launches a murder investigation involving a small-town sheriff, a rookie detective and a senior female academic with a thing for younger men. Stratford Festival legend Seana McKenna stars along with Noah Reid (Schitt’s Creek) and Claire Armstrong in this mystery-meets-feminist fairy tale. Tuesday, September 17 to Sunday, October 20. $29–$57. Tarragon Theatre.

A new sketch troupe
6What do you get when you turn the women of Baroness Von Sketch into twentysomething barons? That would be TALLBOYZ, a new comedy series starring the four funnymen behind the Toronto sketch troupe Tallboyz II Men. Tim Blair, Guled Abdi, Franco Nguyen, and Vance Banzo turn heavy, hot-button topics like race, representation and toxic masculinity into smart satire that’s too silly to ever be scolding, and serve it up with a healthy dose of millennial minutiae. So pour a glass of brosé and get ready to laugh. Tuesday, September 17. CBC.

A 10-time Tony winner
7If you loved Come From Away, you’ll adore The Band’s Visit. Like the smash-hit musical set in Newfoundland, it concerns stranded strangers: in this case, a touring Egyptian police orchestra that accidentally winds up in a sleepy Israeli desert town. As they wait out the night for the next bus, tender feelings and tentative romances blossom between the musicians and their unwitting hosts. The winner of 10 Tonys, including the 2018 best musical award, plus a Grammy for best musical theatre album, the seductive show arrives here on its first North American tour with a cast that includes local favourite Chilina Kennedy. Tuesday, September 17 to Sunday, October 20. $49–$150. Ed Mirvish Theatre.

A waterfront takeover
8A swarm of 100 robotic butterflies are programmed to respond to seismic frequencies. Portraits of Indigenous women are lit up by LED fireboxes. These and 100 more installations will occupy 10 sites along the waterfront for Toronto’s inaugural Biennial of Art. Its curators are hoping their show will attract cultural capital, as biennials do for cities like Venice, Gwangju and São Paulo. They’re also asking the 90-plus artists, including art-world stars like Judy Chicago and Maria Thereza Alves, to consider in their works the Indigenous, immigrant and settler histories that shaped Toronto. Saturday, September 21 to Sunday, December 1. Free. Various locations. 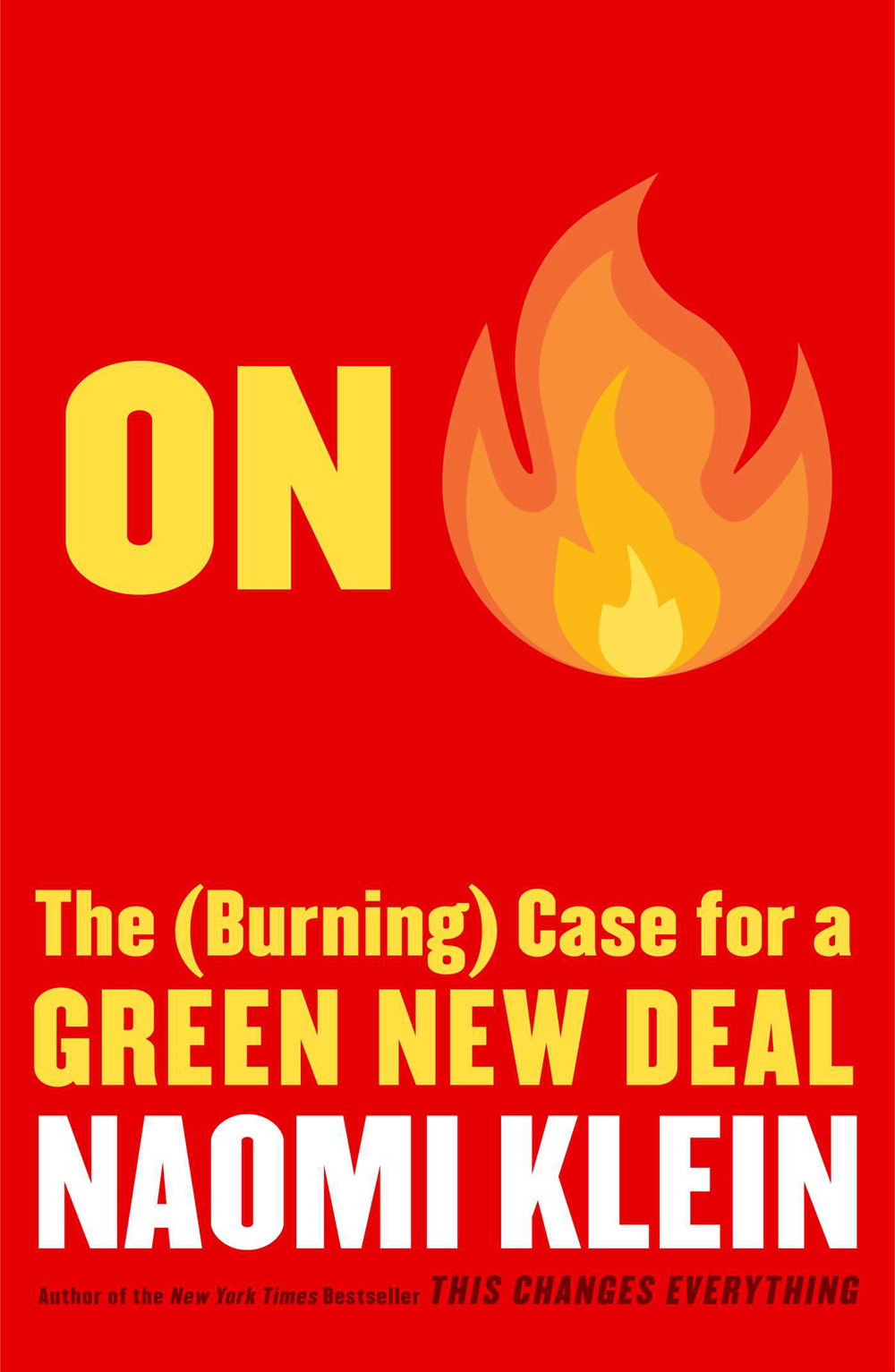 A climate change manifesto
9After countless classroom screenings of An Inconvenient Truth, the children so often invoked as future victims of climate change have grown up and joined forces behind the Green New Deal, a plan to transform America’s economy and infrastructure with a flurry of social policy and public investment. Naomi Klein has authored the movement’s manifesto, On Fire. It sways between optimism and despair as she describes a smoke-choked Pacific Northwest, a Great Barrier Reef that’s now a mass underwater grave, and the front lines of the youth movement that may be our planet’s last, best hope. Tuesday, September 17. $32. Knopf Canada.

A symphonic romance
10Tafelmusik, the city’s premier period performance orchestra, specializes in Baroque and Classical music, but it’s not above dabbling in the Romantic era from time to time, even though that means learning different techniques. The result? A more transparent sound than we typically associate with Tchaikovsky, whose Serenade for Strings is on the program, along with three works by Mendelssohn. Thursday, September 19 to Sunday, September 22. $20–$97. Koerner Hall.