Tiny Town: four Torontonians who are living large in micro-condos

Tiny Town: four Torontonians who are living large in micro-condos 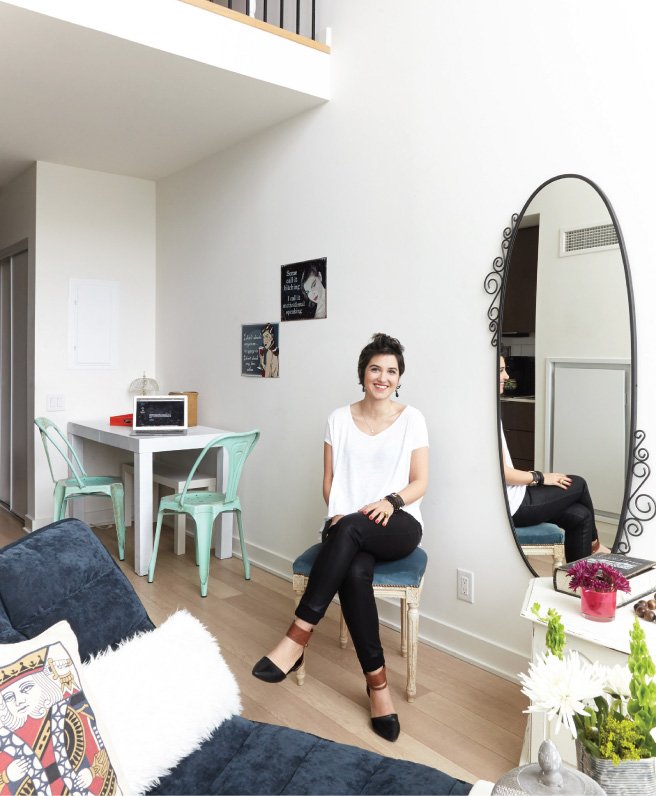 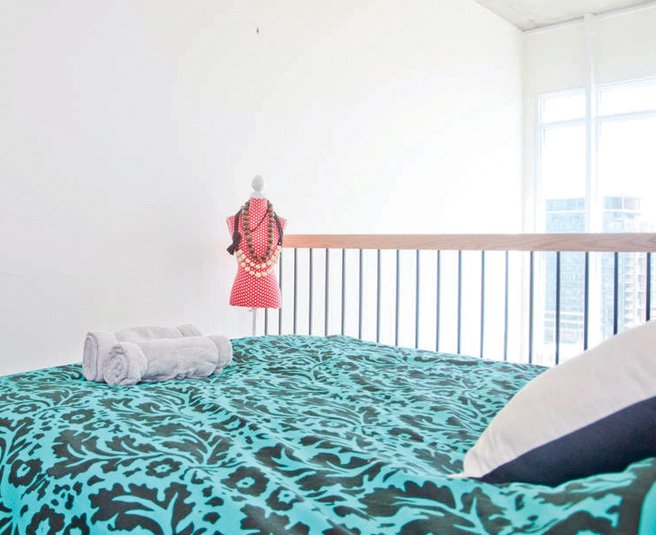 Why she went small: In 2011, Rouhani, a diehard west-ender, dropped $200,000 on a condo at King and River, wooed by its investment potential. But she missed living near her Queen West ad agency, RadRou, and her go-to hangouts on Ossington. So she leased out her place for $2,000 a month and rented a bi-level bachelorette pad in Liberty Village.

The challenges: She’s ruthless about what she stockpiles (clothes) and forgoes (anything to do with cooking—her kitchen is a three-metre strip of appliances). “I subsist on soup and salads,” she says.

The Payoff: Rouhani’s savings—including the small profit she makes on her east-end unit—help fund frequent trips overseas. She travels several times a year to RadRou’s satellite office in the Middle East, and she recently spent a month vacationing in Spain.

The future: Upsizing isn’t a priority—Rouhani is single, and her place works just fine for one—but that’ll change if she meets someone and decides to start a family. Even then, she might opt for a condo. “I’d prefer a penthouse to a picket fence,” she says. 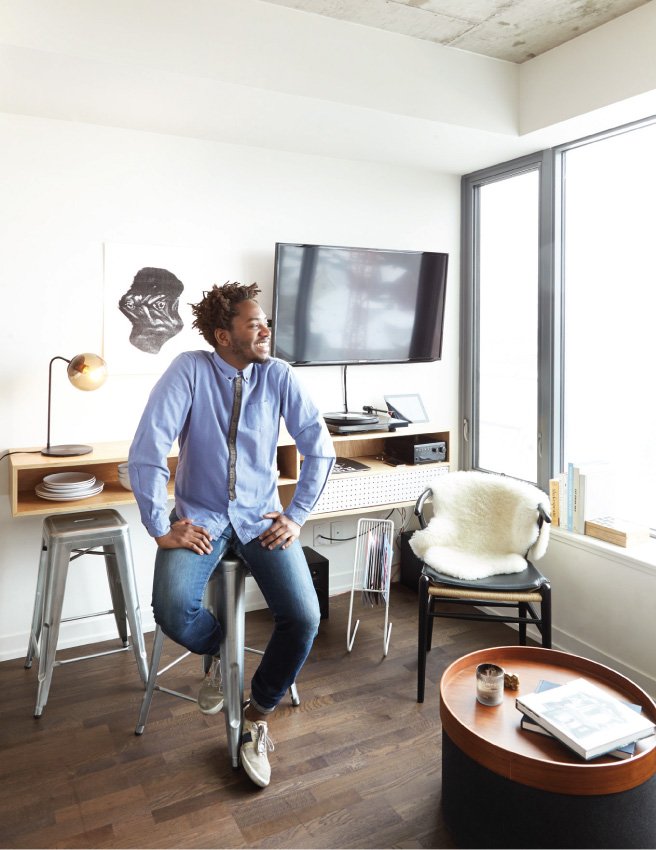 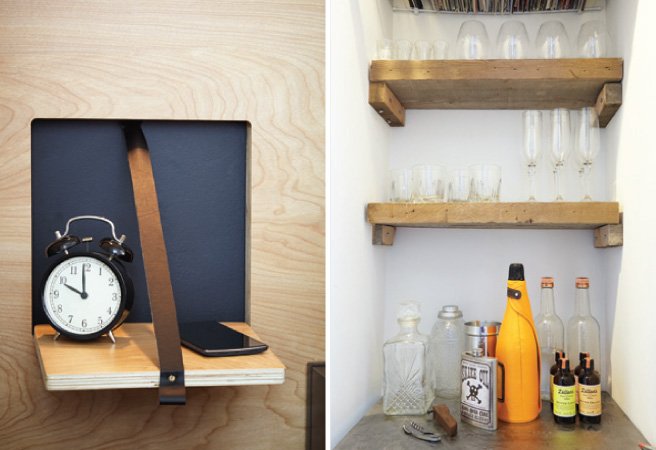 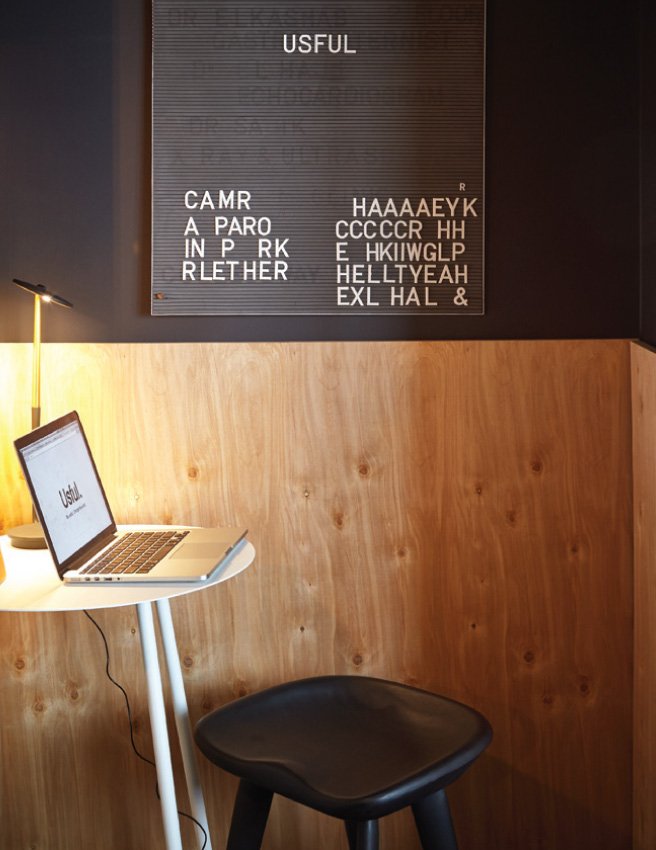 Why he went small: Gyekye’s early 20s were one big party: he lived with roommates, worked part-time in retail and ran an after-hours club out of a friend’s garage. Eventually, that life got old. Feeling restless, he launched a digital ad agency called (fittingly) Little Room and leased a small one-bedroom on King, near his new office. “I just wanted a place where I could sleep, and that’s it,” he says.

The challenges: A porta-potty-size bathroom with zero storage forced Gyekye to winnow his toiletries down to shampoo and a bar of soap.

The payoff: He and his business partner, Clint Robinson, recently co-purchased a farm in Prince Edward County—something Gyekye could never have afforded to do if he’d splurged on a Toronto pad. He drives out there on weekends to unwind.

The future: Gyekye has no plans to leave his one-man crash pad, for reasons both personal and altruistic. “I love small spaces, but I’m also trying to live responsibly,” he says. “We leave a crazy footprint on this planet.” 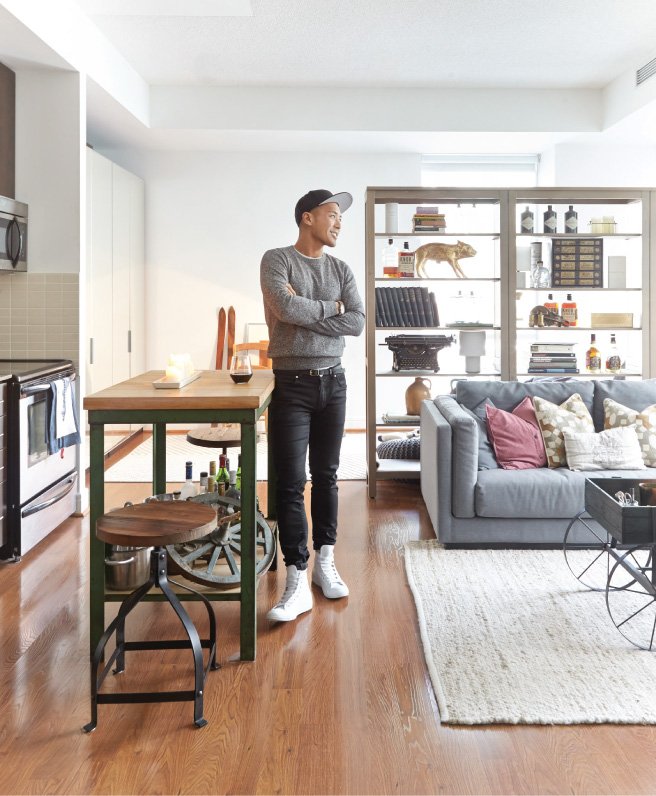 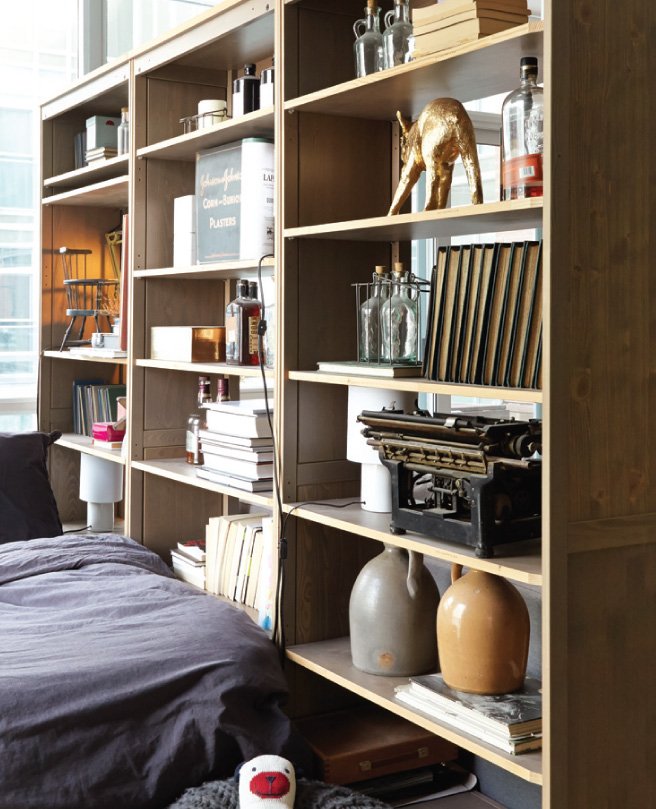 Why he went small: When Chan started condo shopping two years ago, he was logging 12-hour days at a prestigious design firm and spending every spare moment getting his own company, Nivek Remas, off the ground. He’d budgeted for a big one-bedroom, but his designer’s eye gravitated toward a studio instead. “I can’t stand wasted space,” says Chan.

The challenges: He spends most evenings and weekends at his boyfriend’s roomier one-bedroom at Queen and Church. While Chan’s apartment works well for one, it’s too cramped for a couple.

The payoff: Buying a cheaper place left Chan with lots of extra cash to spend on decor: he hoards 19th-century antiques, like a butter churn that doubles as his laundry basket.

The future: Chan put his single-room sanctuary on the market in early February, and it was snapped up within a week—for $36,000 more than he paid in 2013. He and his boyfriend purchased a comparatively spacious row house at Ontario and Dundas, so he’ll be saying goodbye to his bachelor pad at the end of the month. 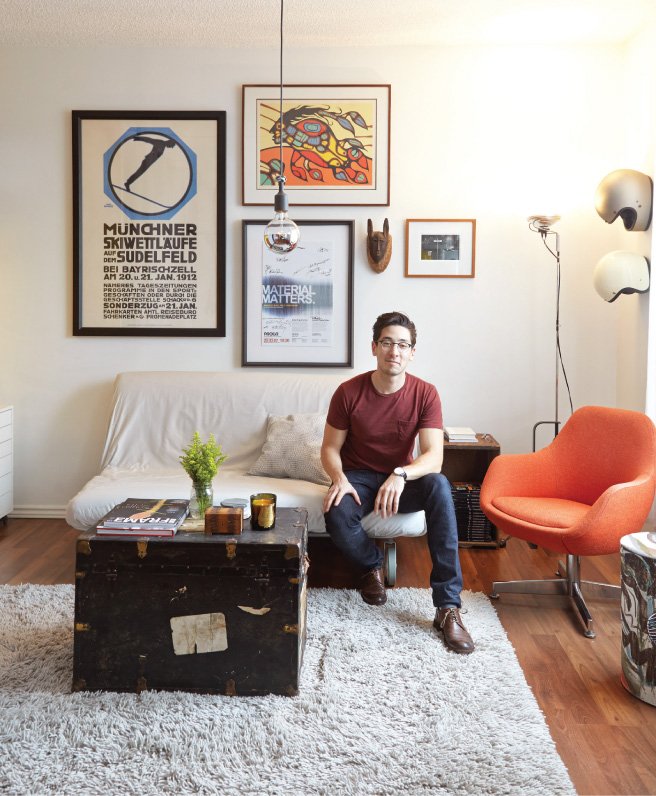 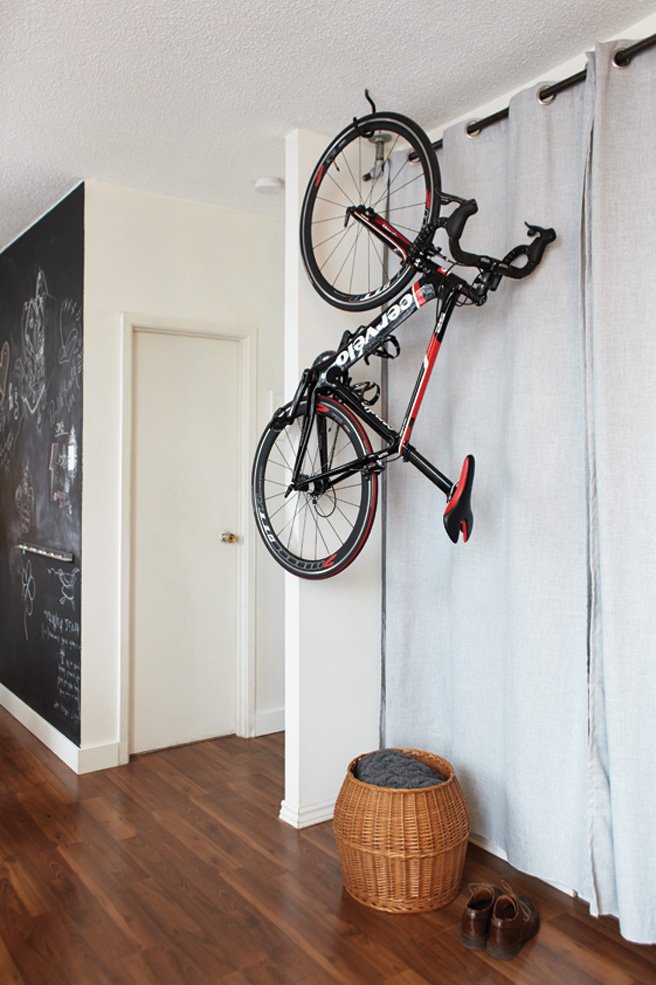 Why he went small: As an architect at Paul Raff Studio, Solowski designs sleek, sustainable buildings all over the world. For his own home, he envisioned a multifunctional living space, like the apartments he saw in Tokyo. “My Japanese cousins roll their sleeping mats out at night and then tuck them away in the morning,” he says. “I do the same with my futon.”

The challenges: He needs to be fastidious about keeping things spotless—in 300 square feet, one stray sock can feel like a clutter calamity.

The payoff: Living small lets Solowski save cash without sacrificing proximity to his favourite bars and restaurants—a bachelor under $1,000 is practically unheard of on such a trendy stretch of Dundas West. He spends his savings on outdoorsy toys, like his new $2,800 road bike.

The future: Solowski and his boyfriend, musician Steven Hagen, are talking about moving in together, so they may soon be looking for a place that can handle their combined belongings. “There’s barely enough room for my own stuff here,” he says.

11 thoughts on “Tiny Town: four Torontonians who are living large in micro-condos”