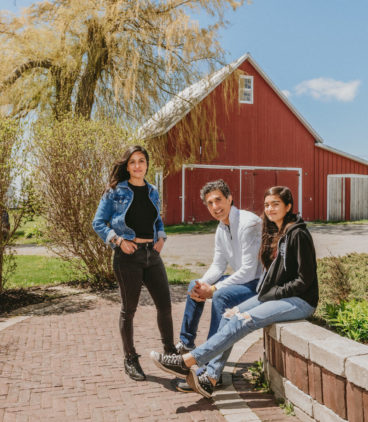 Who: Deenah Patel, senior HR director for a financial services company, her husband, Daniel Patel, a former chiropractor and hobby app developer, and their daughter, Miah, 13. 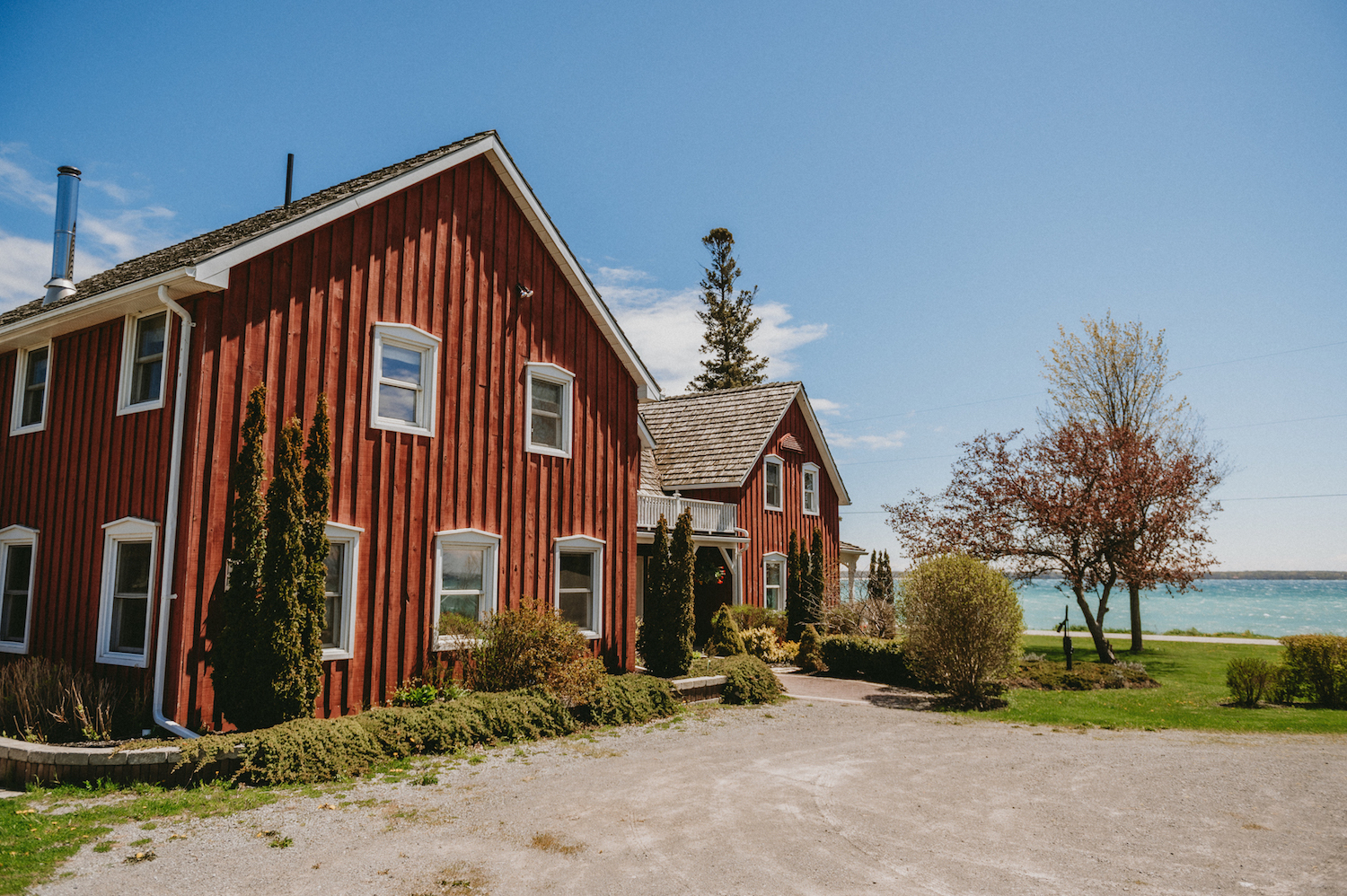 Where: A seven-bed, four-bath farmhouse on 1.8 acres in Sandbanks Provincial Park. This century-old farmhouse, one of a few private residences in the park, comes with a slice of rocky lakefront that is separated from the main property by a public road. 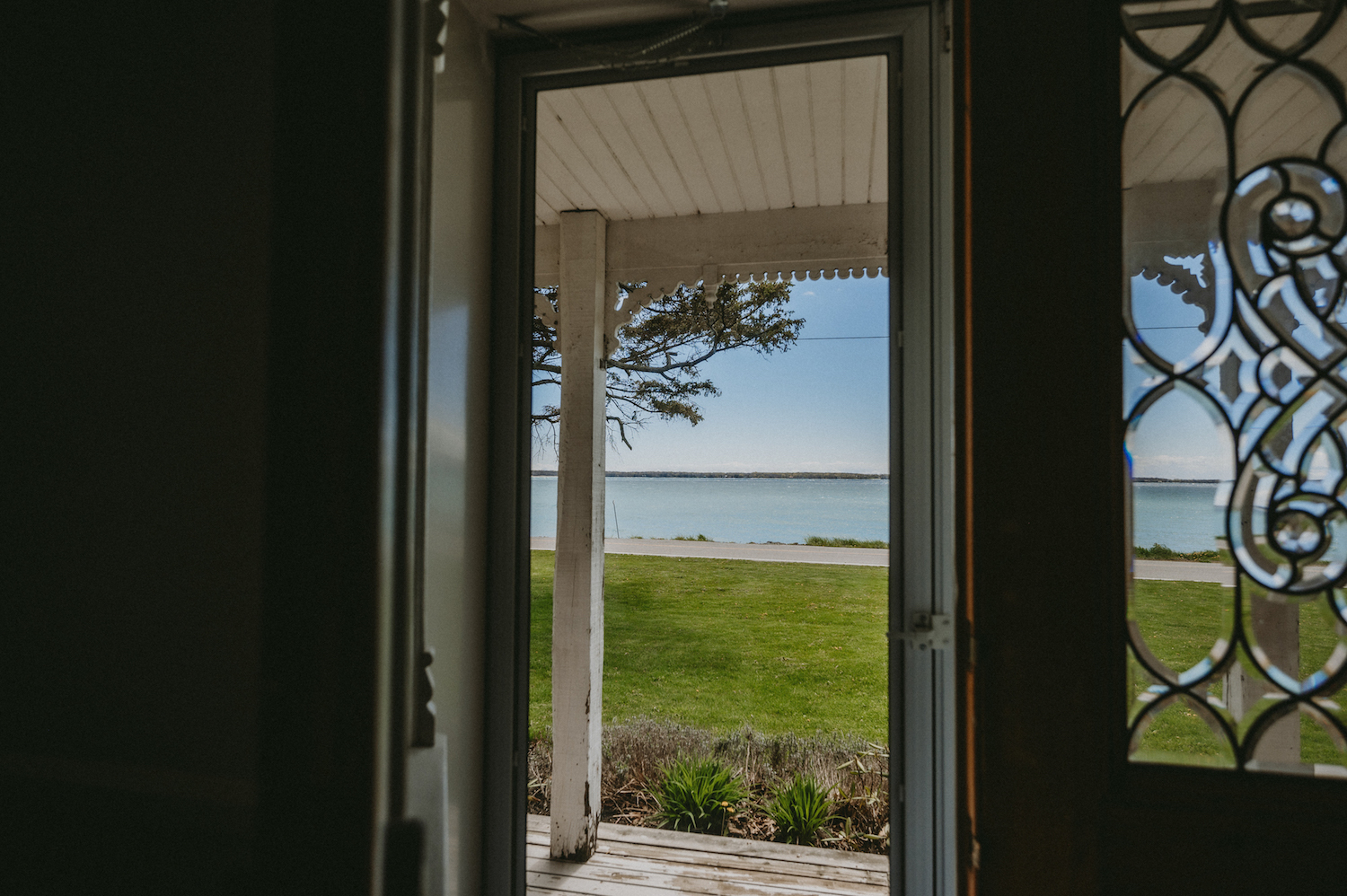 The story: Before the pandemic, Daniel and Deenah had been living in a roomy two-bed, three-bath St. Lawrence condo for about 12 years. In 2019, Daniel stepped away from his chiropractic practice to spend more time with Miah. When Covid hit a year later, Deenah began working from home, and Daniel was able to help out with Miah’s virtual schooling.

They took a day trip to P.E.C. in October, fell in love with the County’s charm, and found this renovated, fully furnished farmhouse soon after. By December, they’d bought the place, and a month later, Miah joined in-person classes at a school a 20-minute drive away. There’s a Via Rail station nearby, which will be convenient for Deenah when in-person meetings resume downtown, but they’re also keeping their Toronto condo. 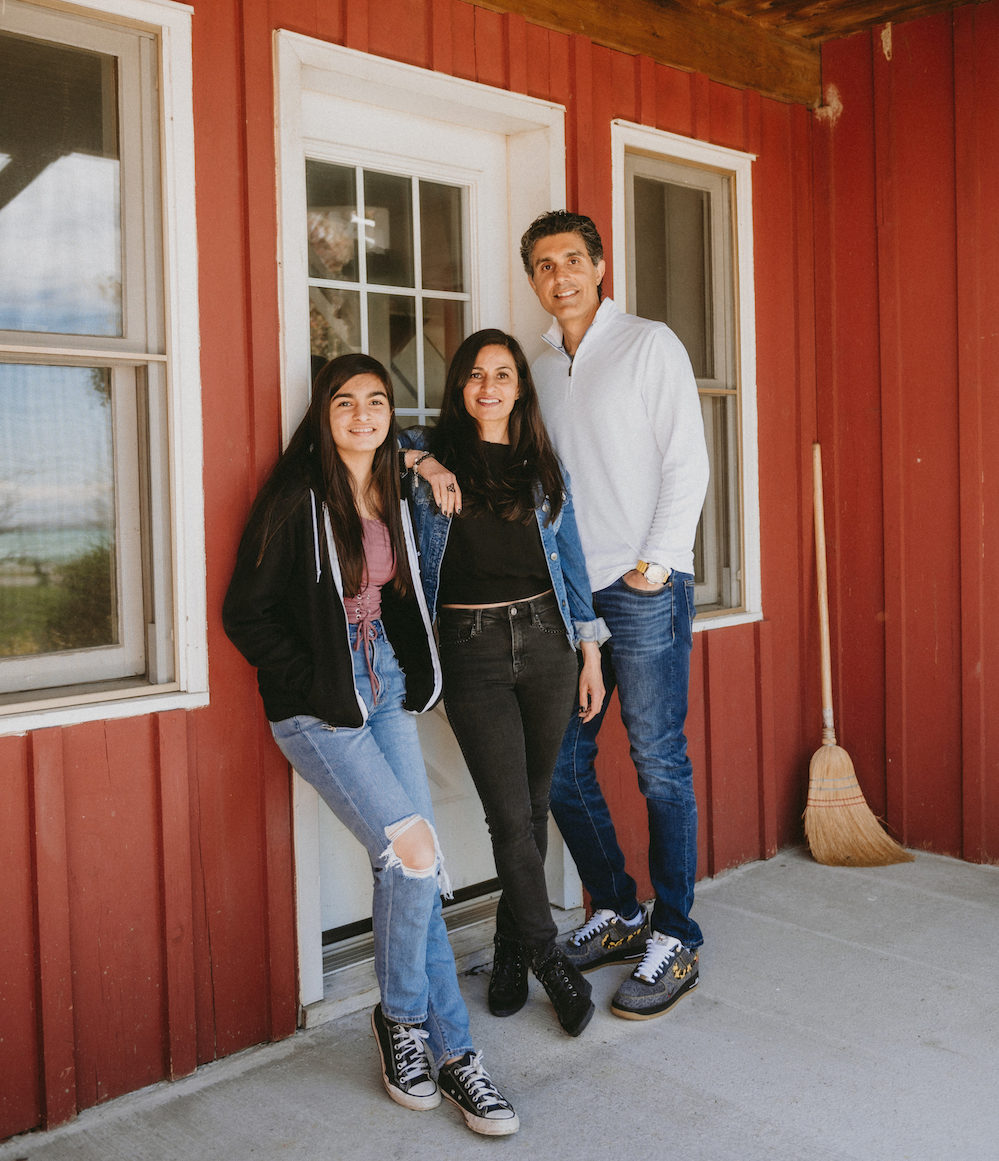 Daniel and Deenah are looking forward to hosting family and friends soon, but in the meantime, they’re making the best of their slower-paced lifestyle. “At one point, I took a work call outside, and I found my daughter painting under a willow tree and Daniel doing some gardening,” Deenah says. “Life is very different here.”

Deenah’s mother, Putli Byramjee, was a sculptor, her sister is an art teacher, and she, Daniel and Miah all paint. The family’s work is displayed all over the house. The wooden sculptures are by Deenah’s mom. “We used to have them clustered together in the condo,” Daniel says. “But now we’re able to appreciate them as we walk by different areas of the home.” 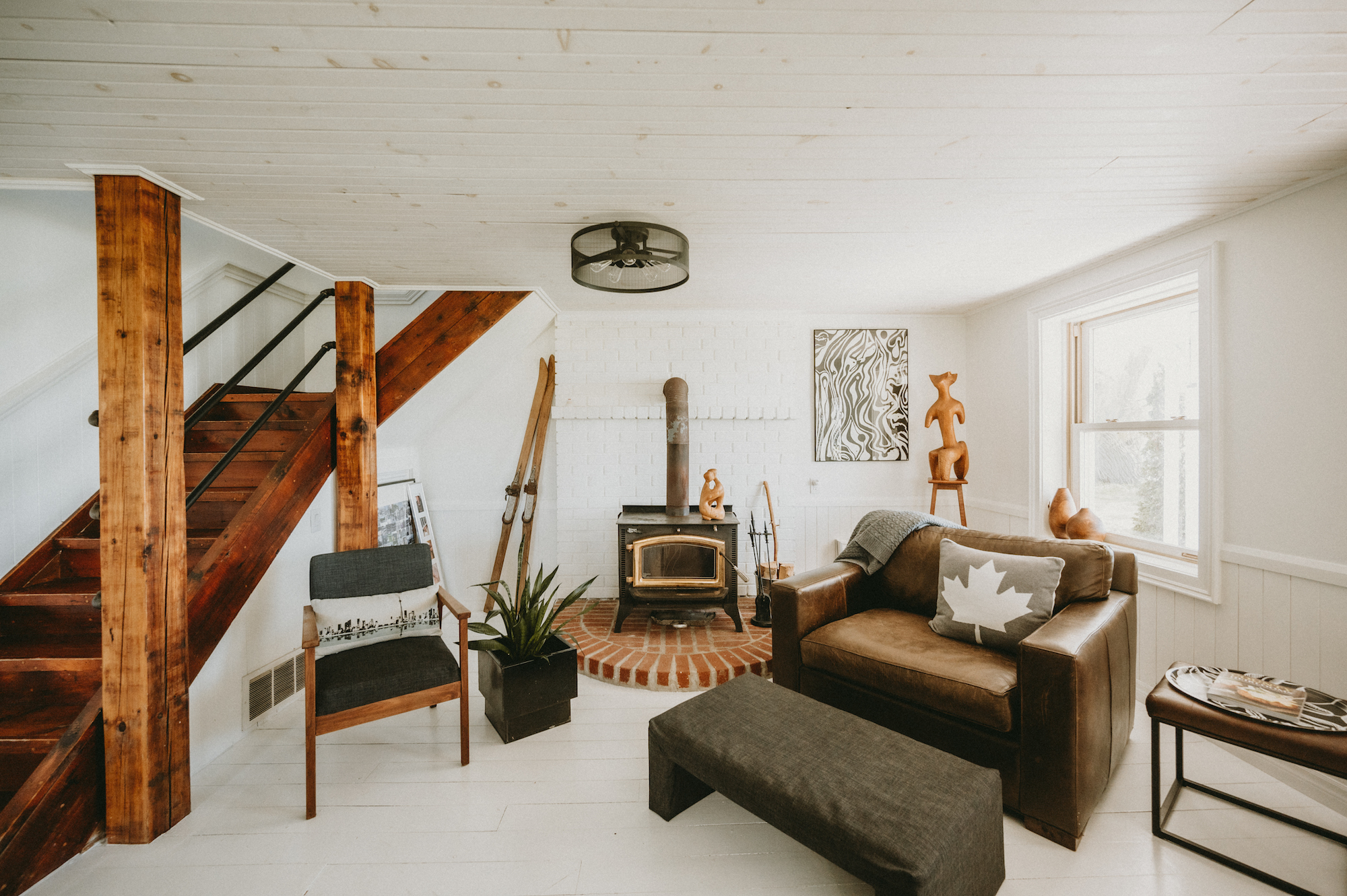 The couple inherited some great pieces from the previous owners, including this church pew in the kitchen. The portrait of Miah is one of Daniel’s works-in-progress: 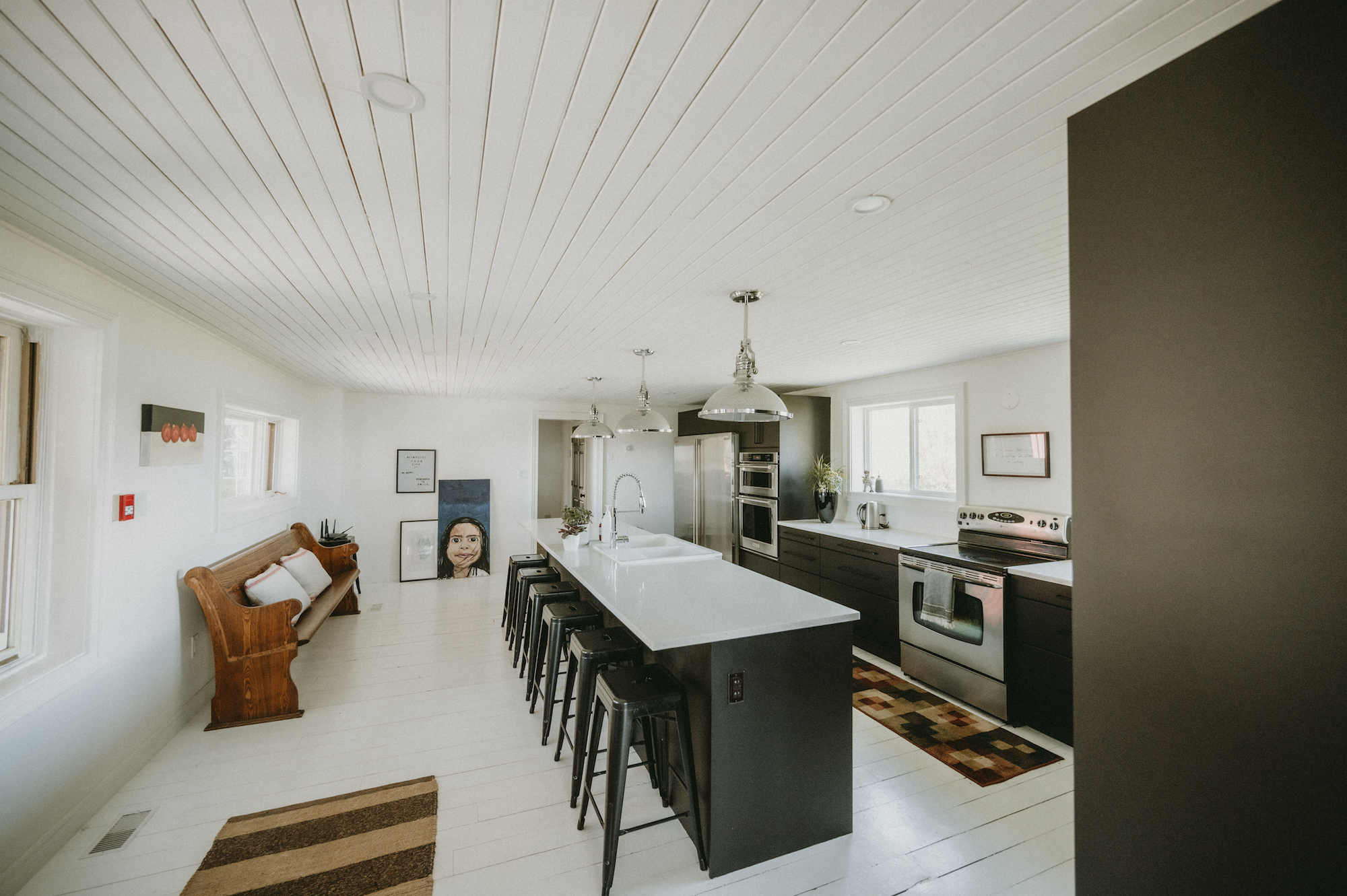 With five bedrooms to spare, they’ve turned one into Miah’s classroom, one into Deenah’s office and the rest into guest bedrooms: 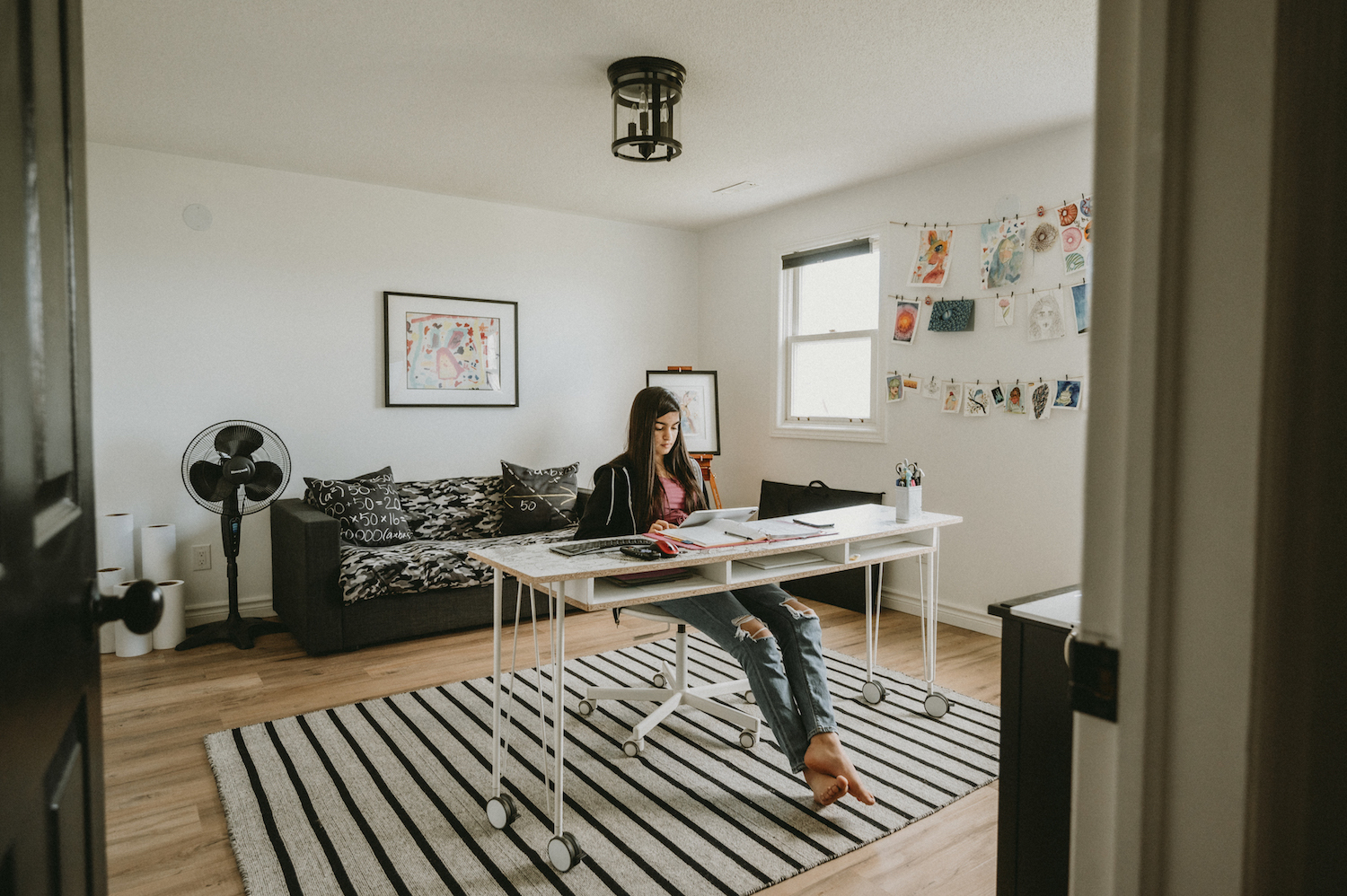 Deenah and Daniel’s bedroom has Danish-made wooden cabinets, a bed from their Toronto condo and a vintage writing desk left by the previous owners. The painting of a woman’s face was done by Daniel: 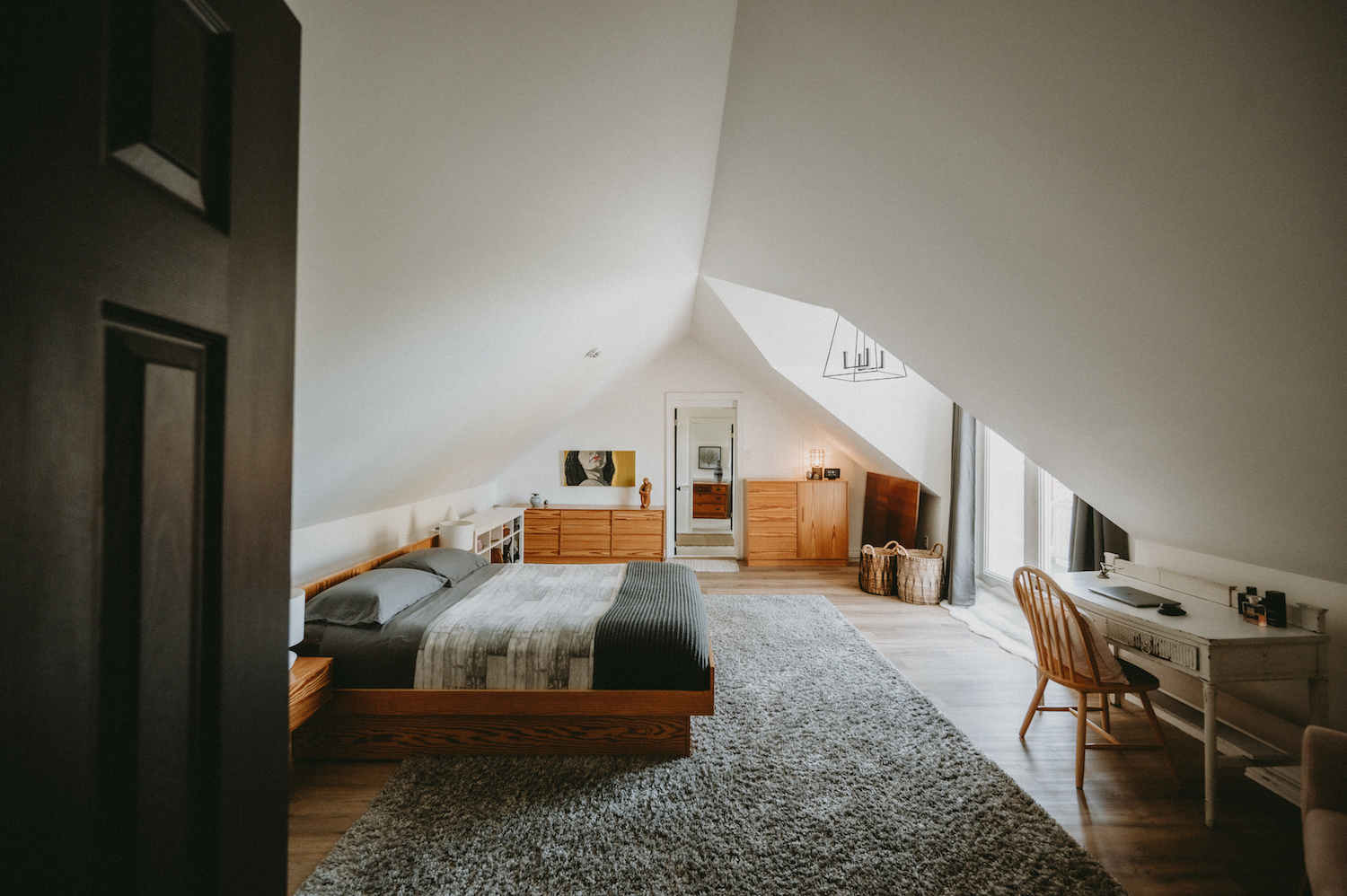 Deenah and Daniel swapped out the original light fixture with a wood pendant from their condo, and added a plaster sculpture of three figures by Deenah’s mom to the upstairs hallway. “It’s my favourite one,” Daniel says. “We’re three people, so it works for us”: 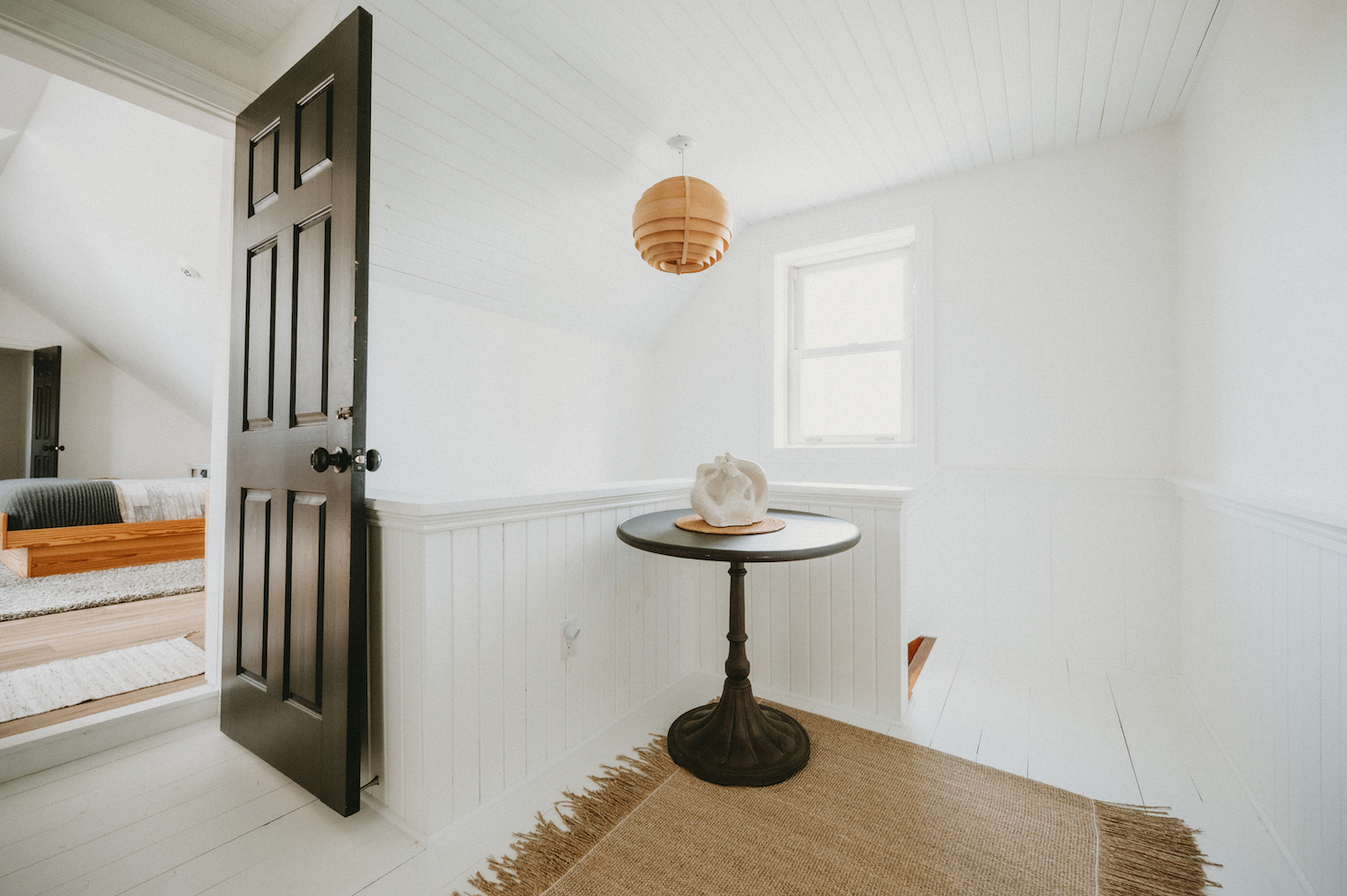 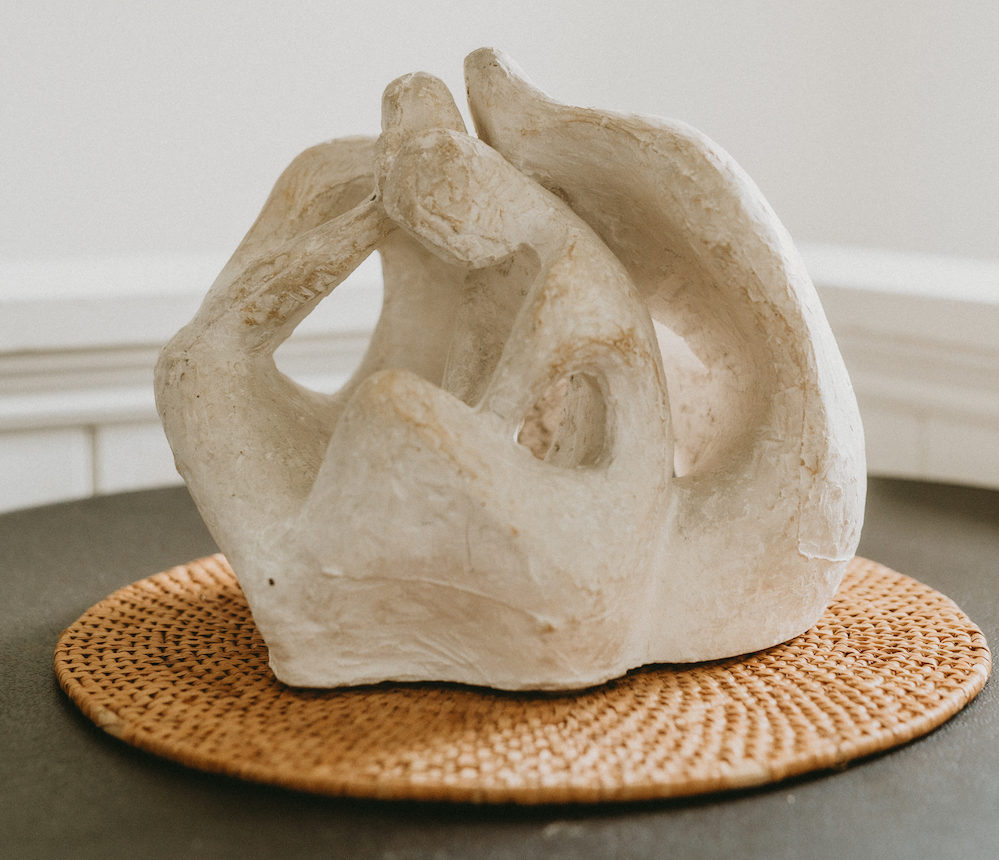 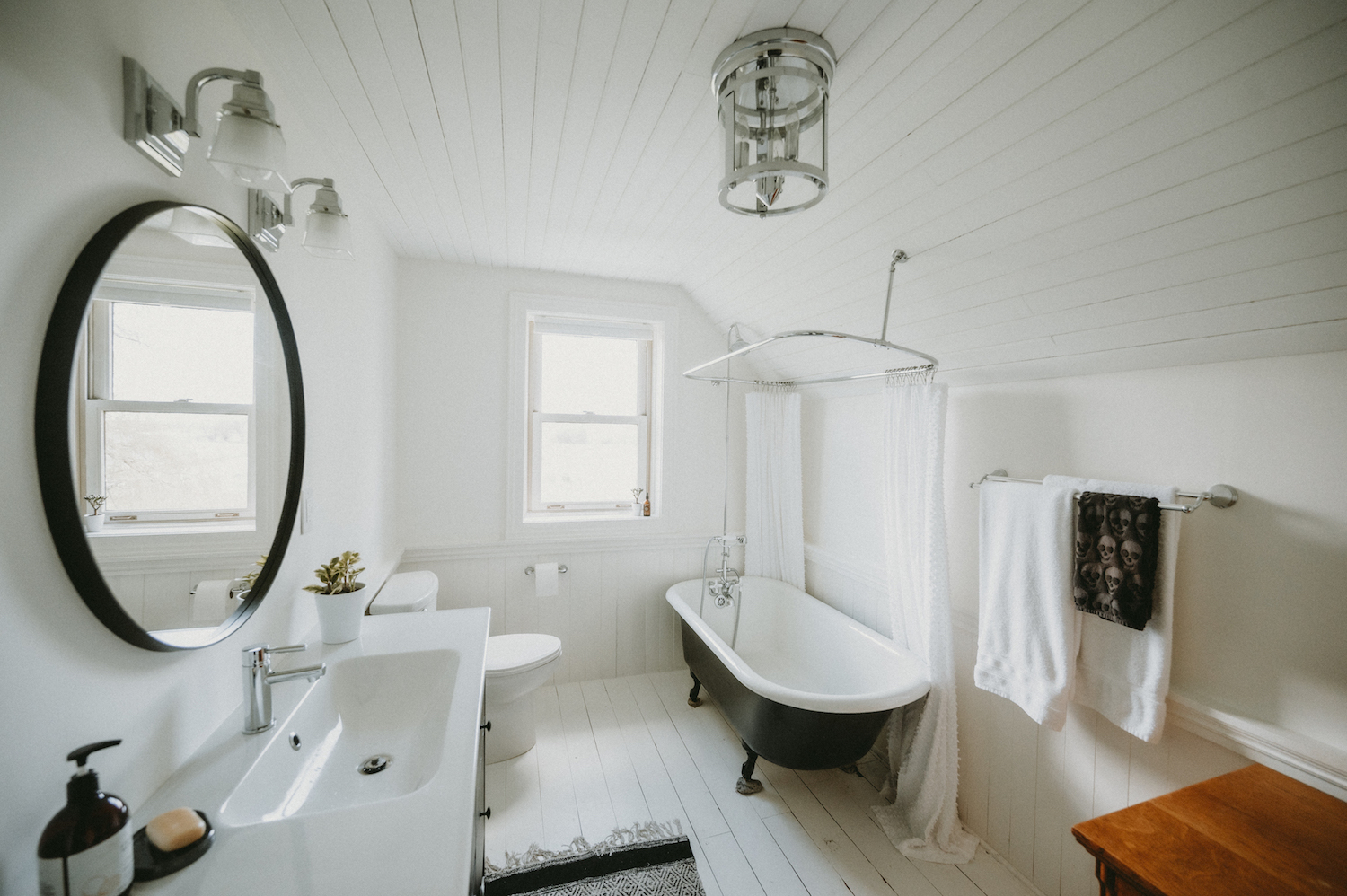 The antique cart and propane fireplace are remnants from the previous owners: 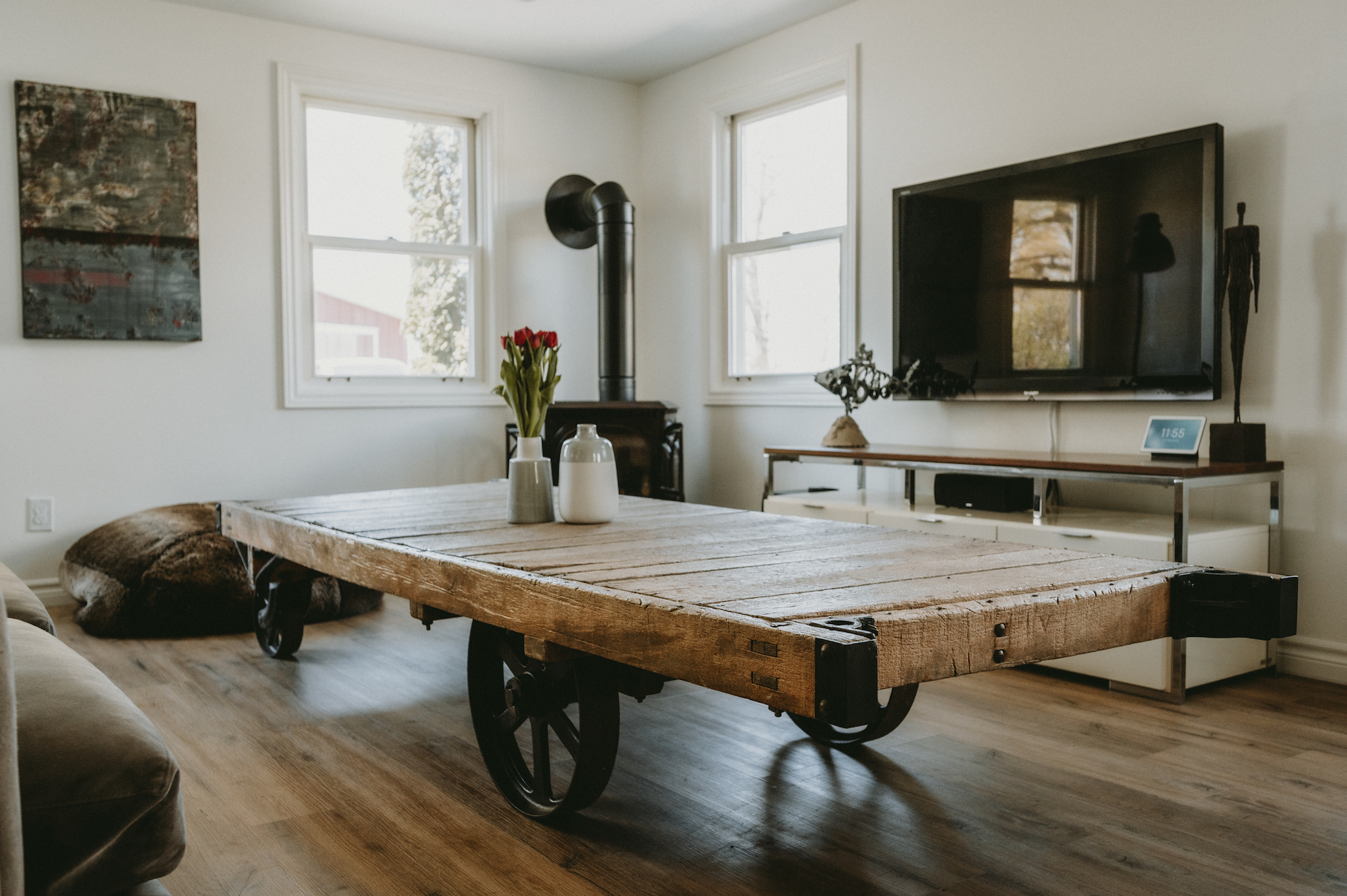 The butcher block also came with the house. Daniel and Deenah added the dark-resin Buddha statue and their 13-year-old cylindrical snake plant: 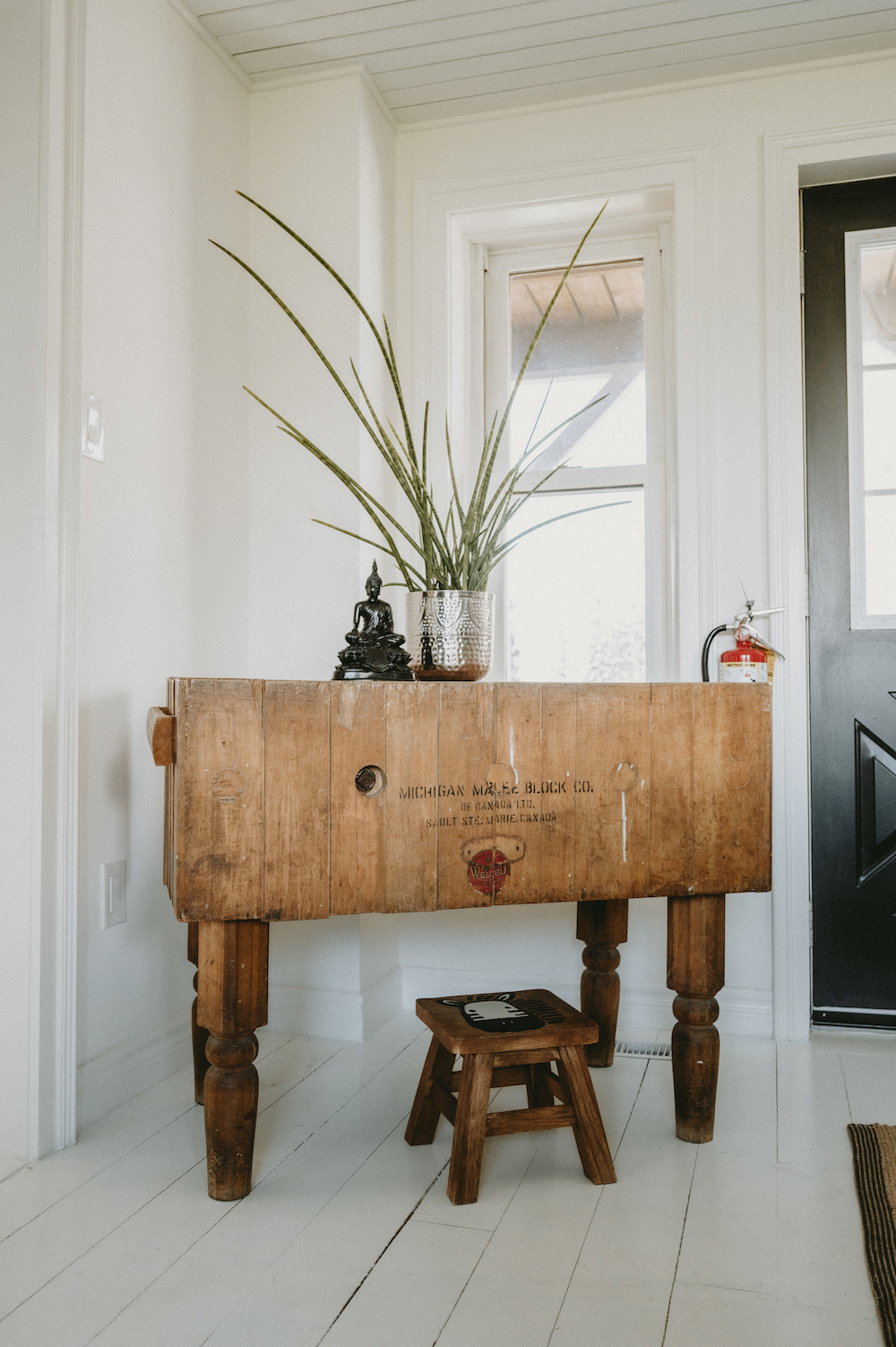 Daniel plans to turn the barn into an art studio and workshop to start a passion project: building furniture and lamps: 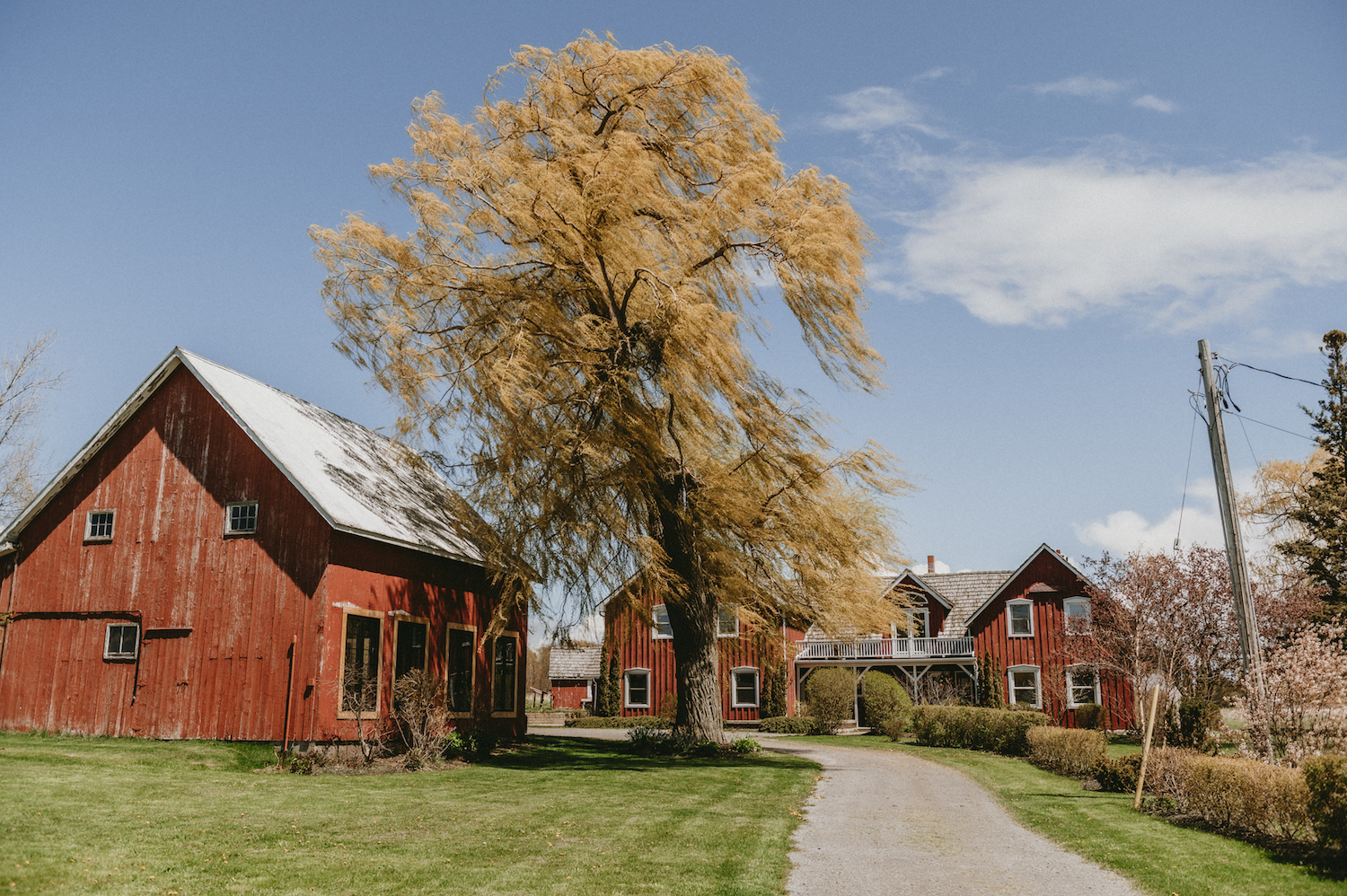 Miah uses the smaller shed at the side of the house to paint and create digital drawings on her tablet: 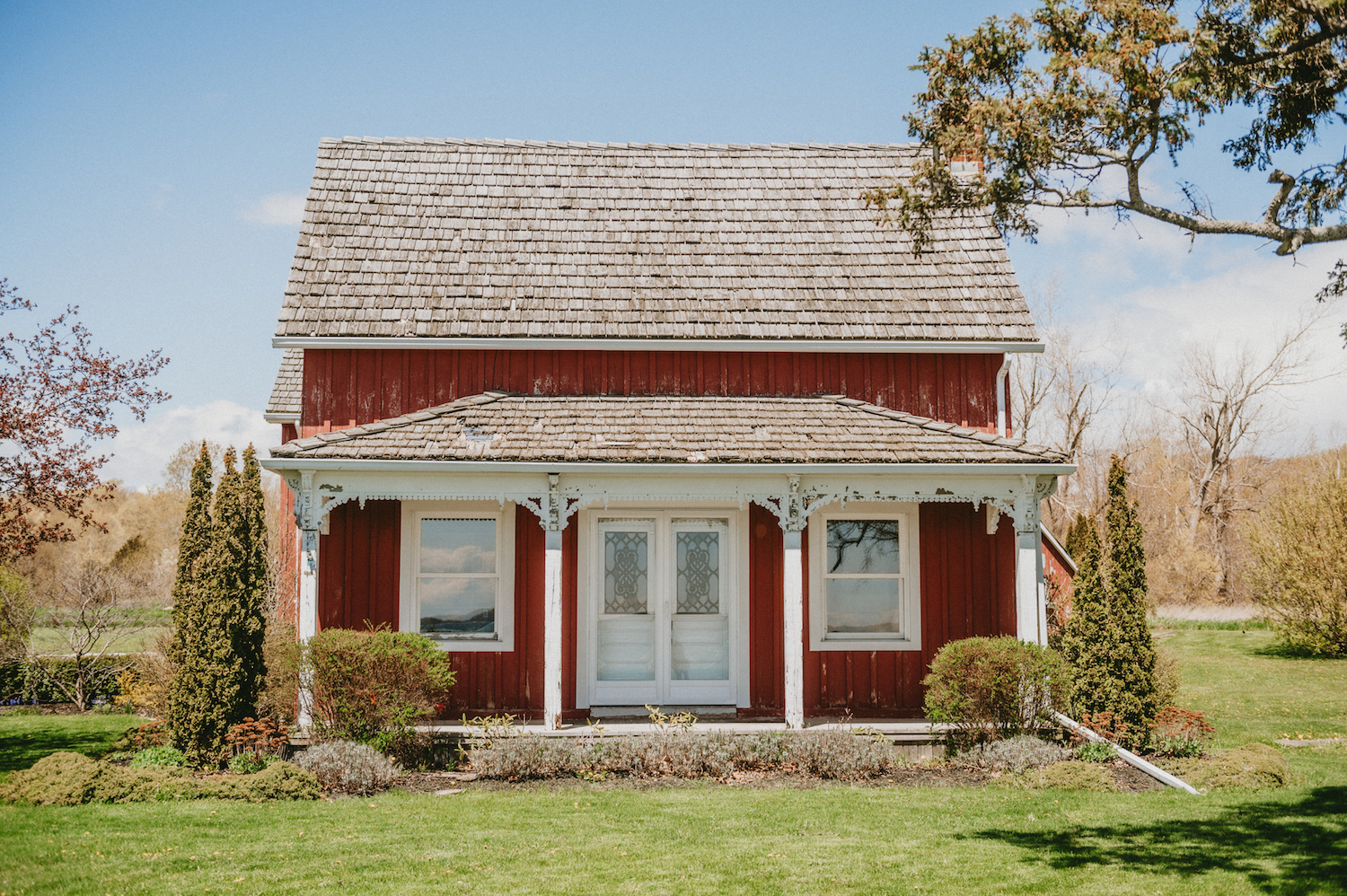