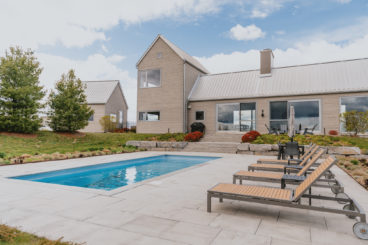 This Northumberland County farmhouse became Bob Hambly and Barb Woolley’s pandemic retreat. They liked it so much, they sold their downtown home

Who: Bob Hambly and Barb Woolley, founders of the Toronto graphic design firm Hambly and Woolley 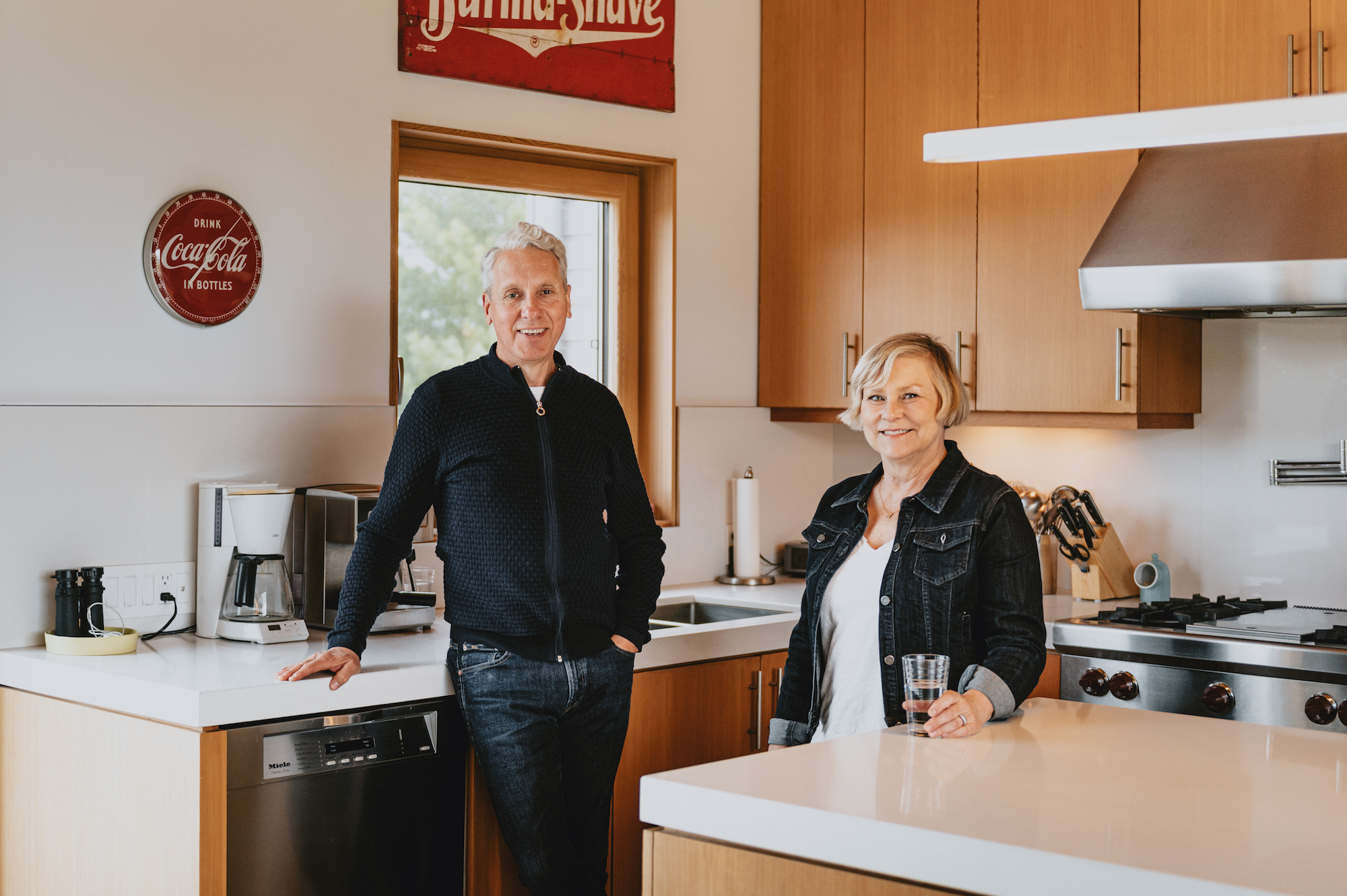 What: A three-bed, four-bath new build on 94 acres in Northumberland County 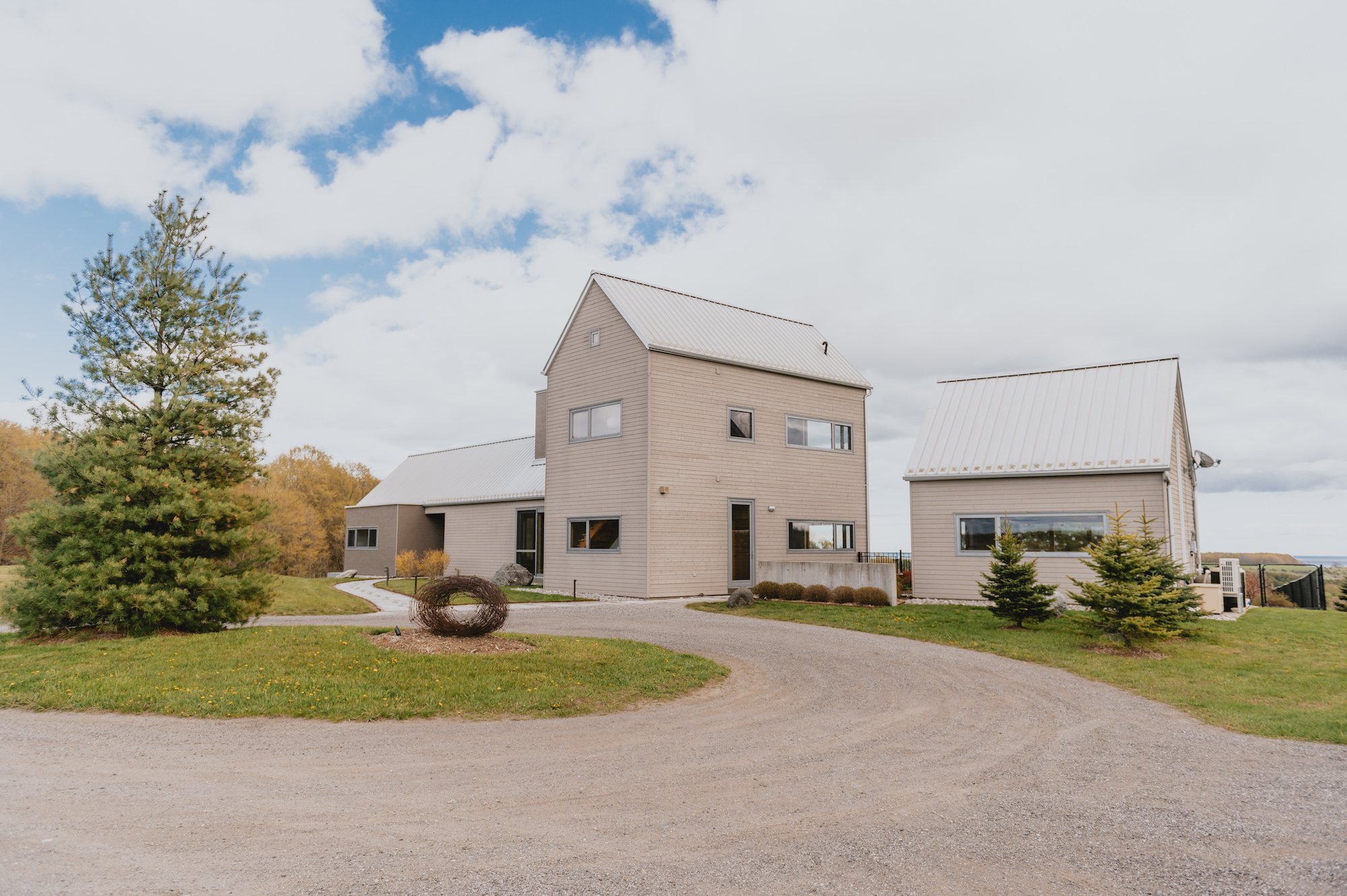 In 2007, Bob and Barb bought a plot of land near Cobourg with expansive views of rolling hills, farmland and Lake Ontario. Then they hired architect Cindy Rendely, who also did their Leaside residence, to design an unfussy rural dwelling. “We didn’t want a house full of precious finishes,” says Barb. “We wanted to be able to walk in with snowshoes on.”

The home, completed in 2010, became their weekend retreat where they’d kayak in the nearby rivers and inlets, ride horses or work on artistic projects. In 2019, they sold their business, and when the pandemic hit shortly after, they escaped to their farmhouse indefinitely.

At the time, Bob and Barb thought Northumberland was a good place for weekend decompressing, not for full-time lodging. But they discovered a community full of creative types, and, Covid-willing, cultural offerings on the horizon. Over the summer, they converted their garage into an open-air dining room for visitors, and in May, Bob and Barb sold their Toronto house. “We’ll keep a condo in the city,” says Barb, “but clearly Northumberland County is now our home.”

Architect Cindy Rendely modelled the long, horizontal house on a nearby 19th-century barn: 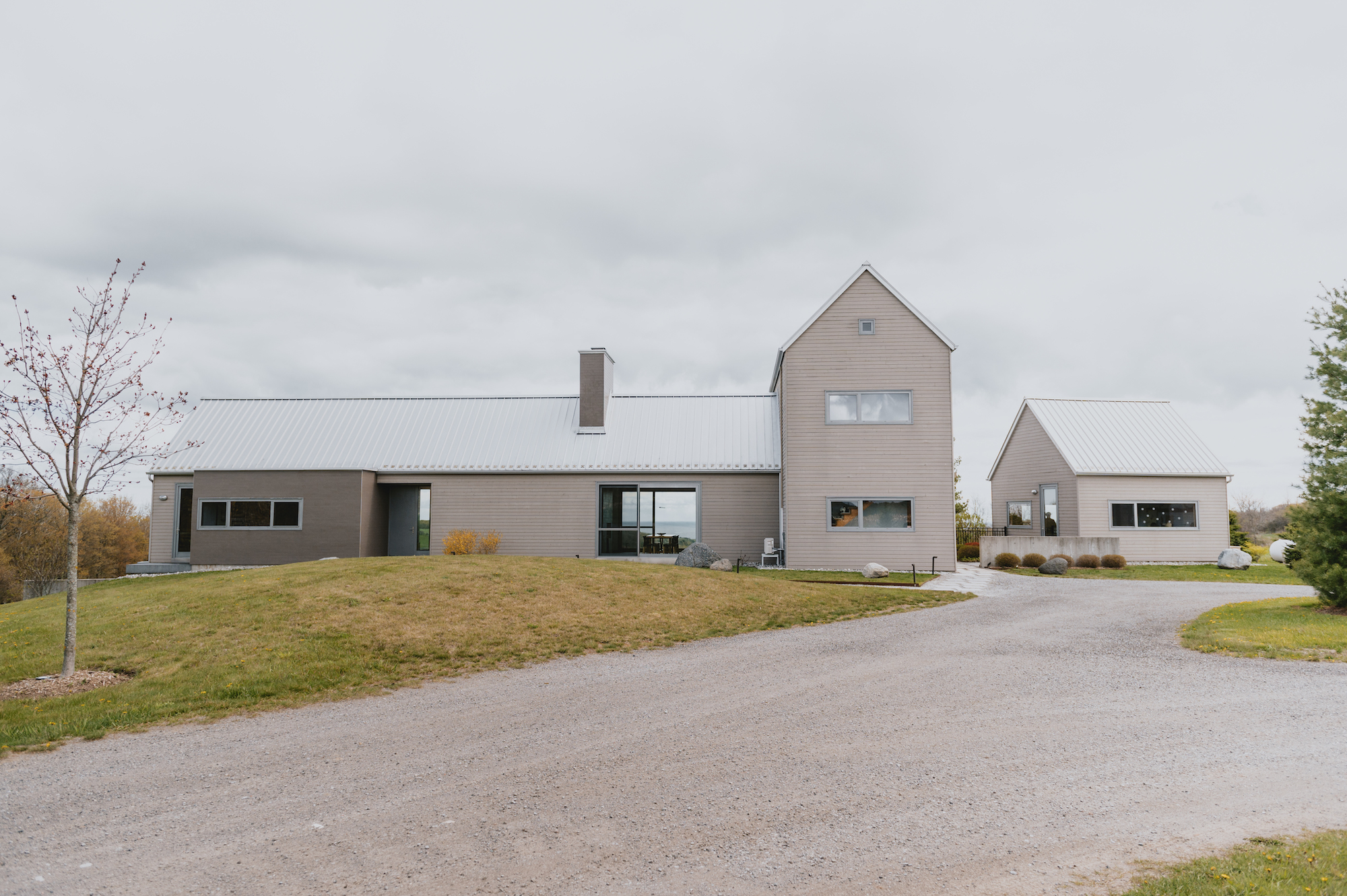 The pool was completed in 2010. “When you’re in it, you can see the lake in the distance,” says Barb. “It feels like an infinity pool.” 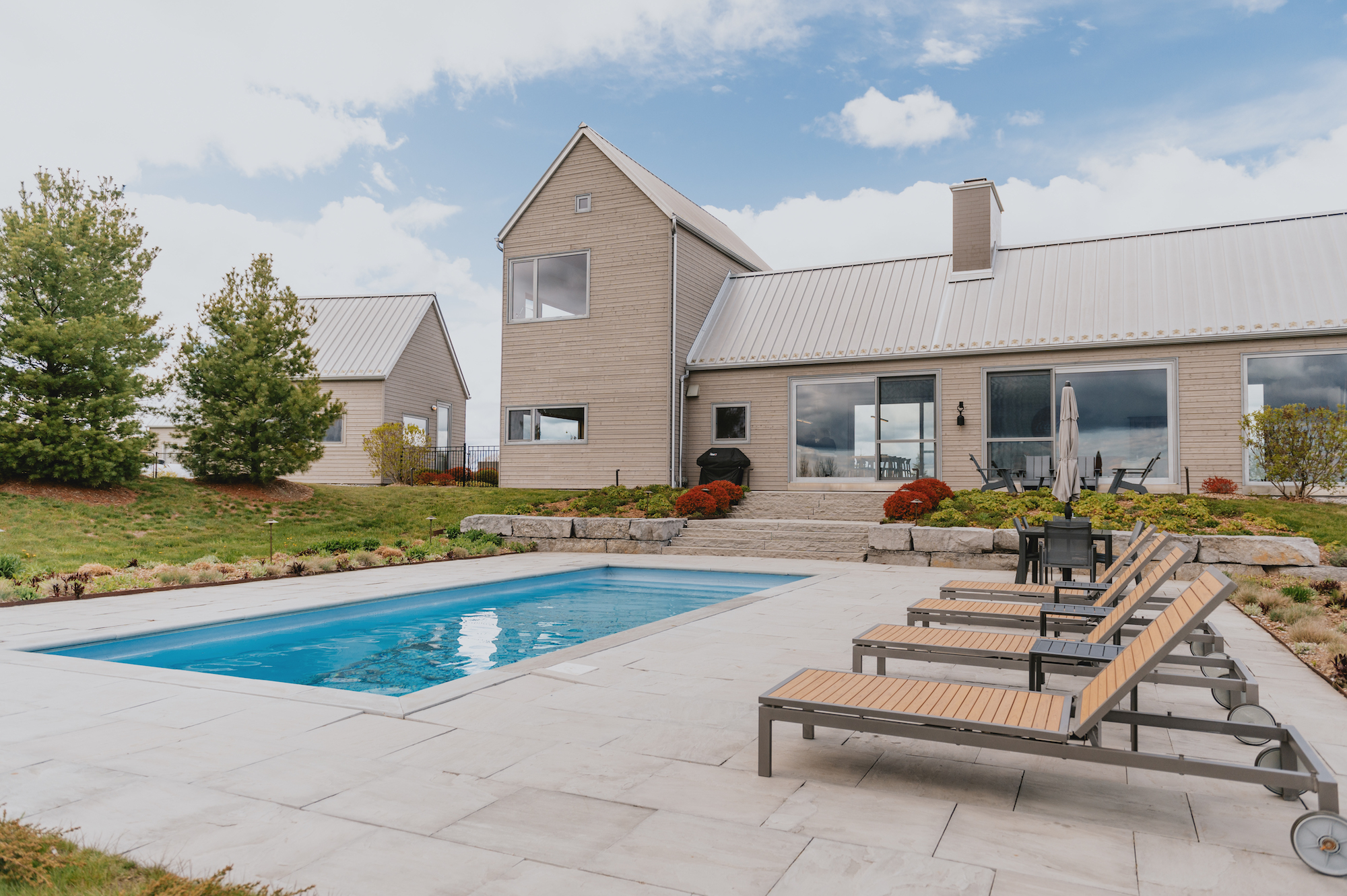 The German-made windows in the living room were so heavy and tall that they had to be crane-lifted into place. “They were the biggest expense,” says Barb, “but so worth it. The views make the house.” 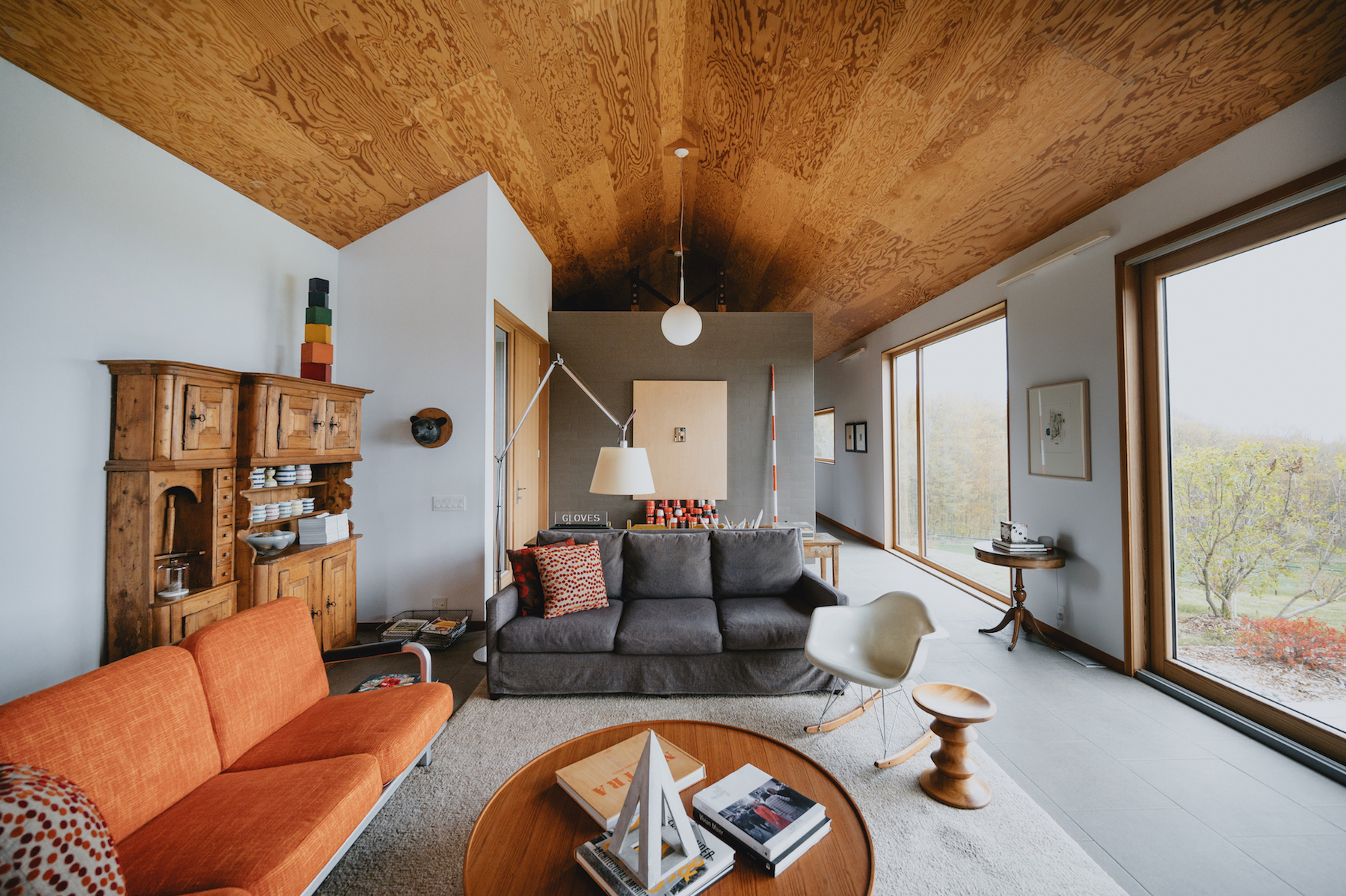 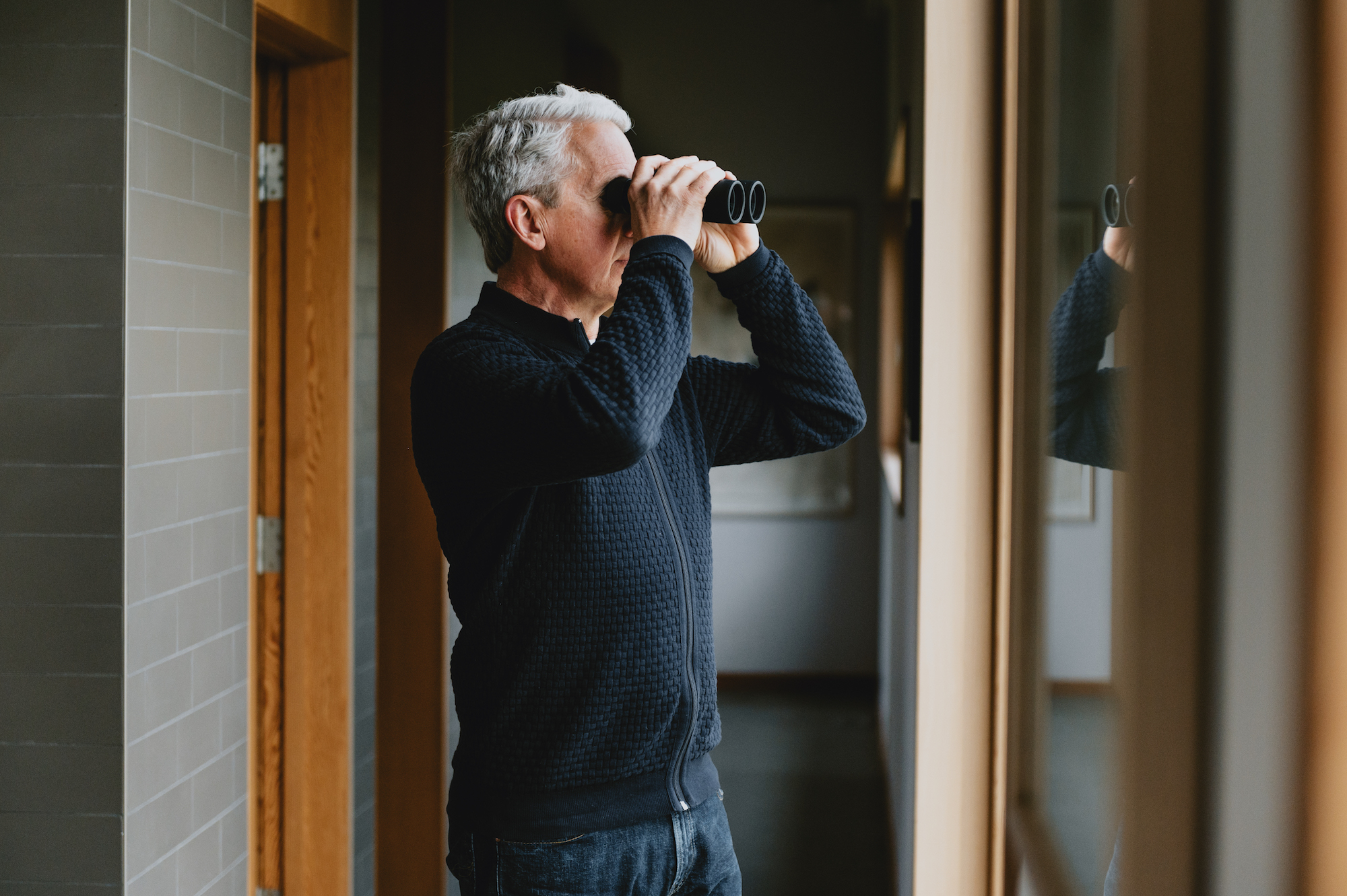 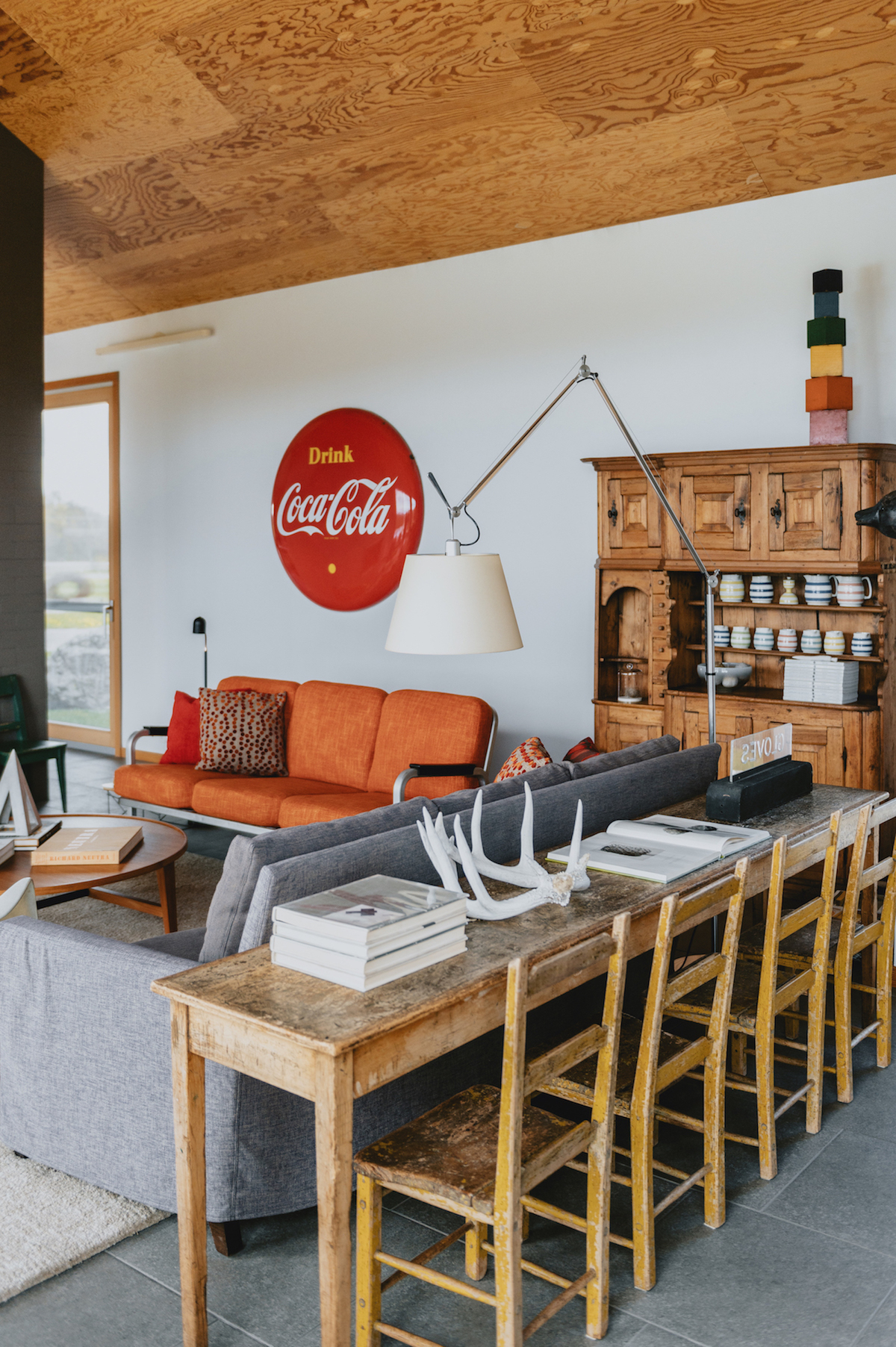 Bob and Barb collect vintage thermoses—decked out in stripes, zigzags, plaids and polka dots—from the ’50s and ’60s. “We kept buying them until we ran out of space,” says Barb: 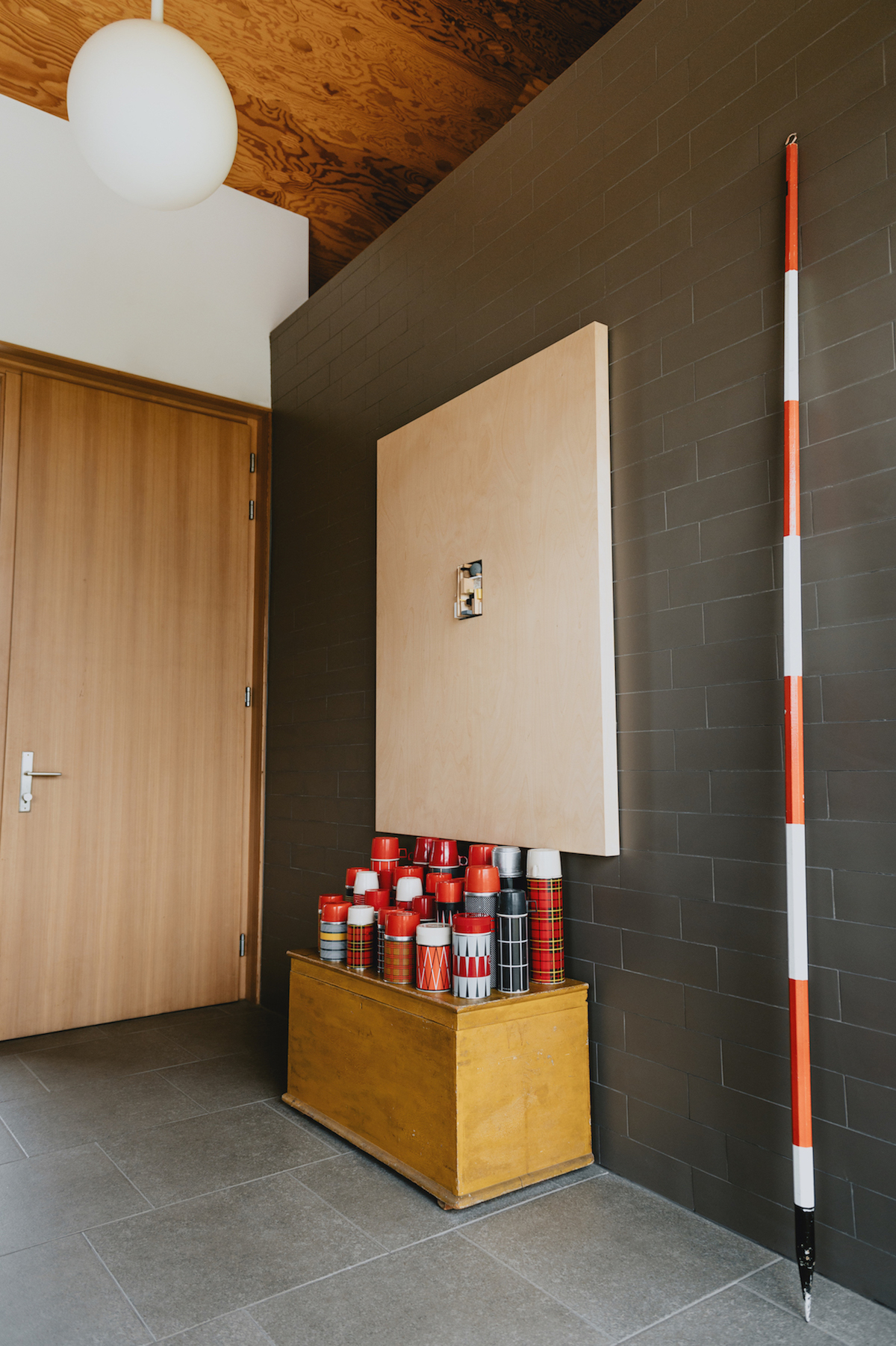 The wall clock-shaped Coca-Cola fixture—also from Bob’s family—is actually a thermometer. The Burma Shave signs are an original set Bob and Barb purchased on eBay from a seller in Ohio: 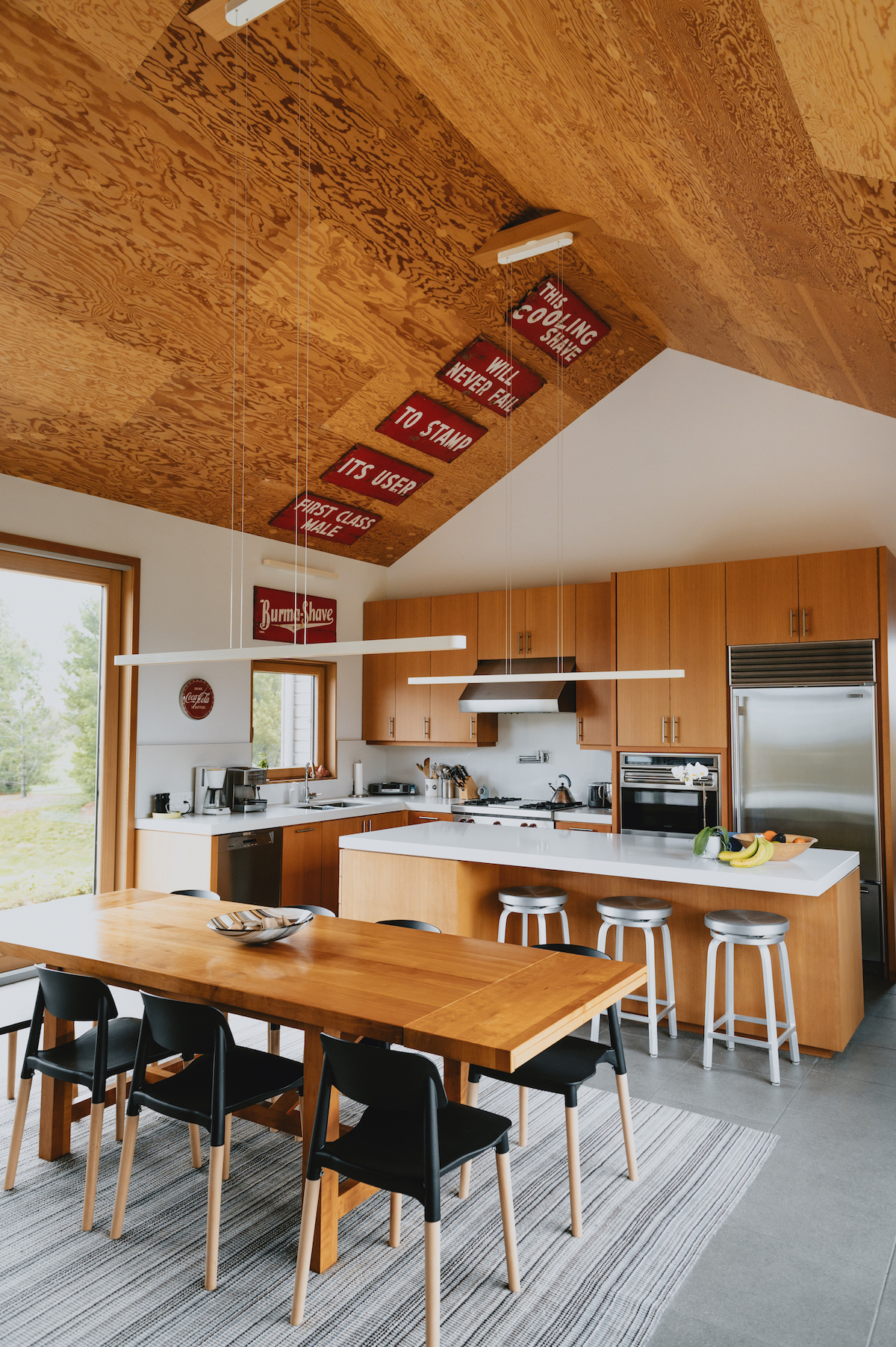 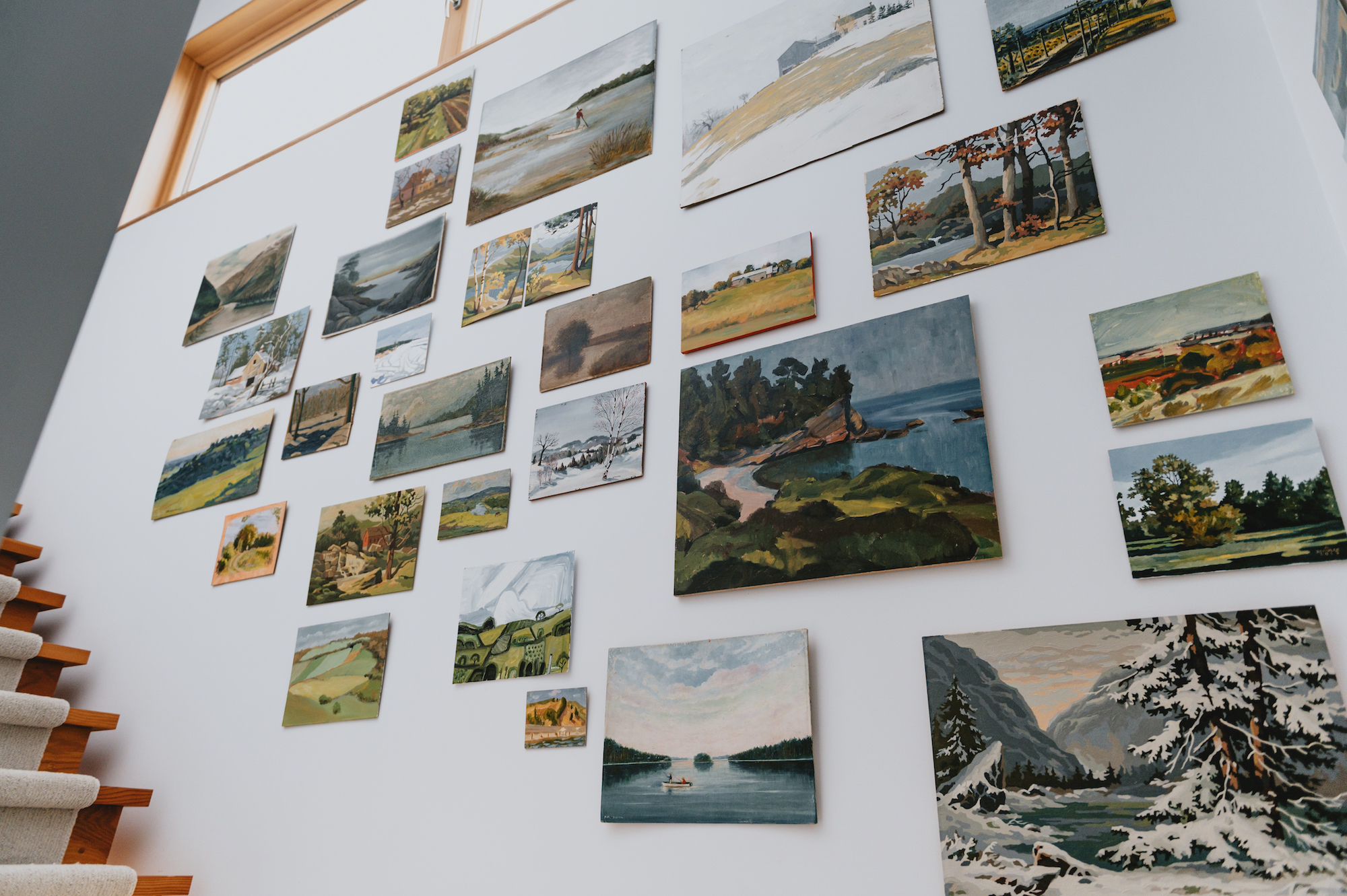 The bedroom is clad in simple Douglas-fir plywood. From the windows, Bob and Barb spot wild turkeys, deer, coyotes and foxes: 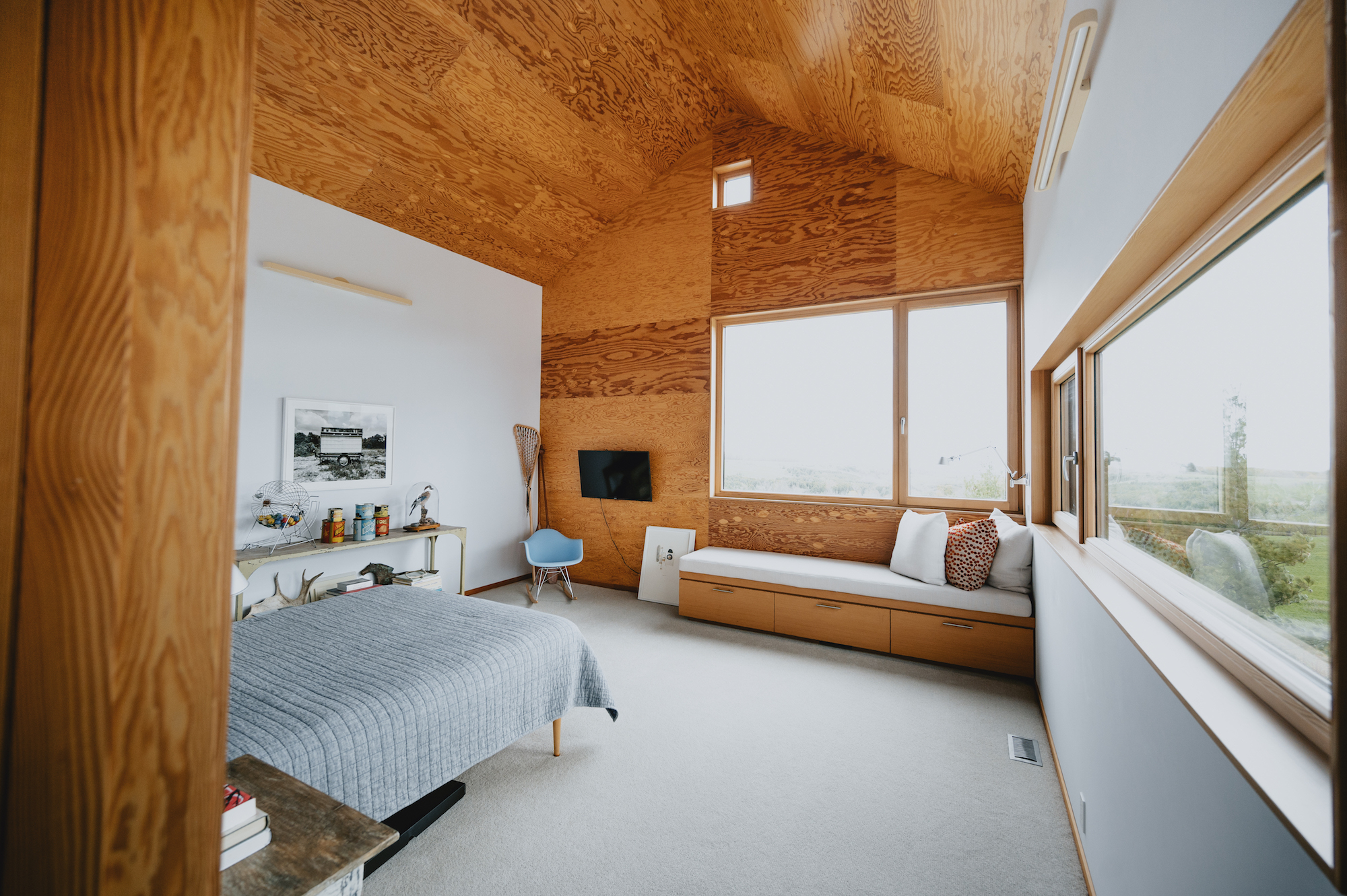 Their bed is usually claimed by their Cornish Rex, Luna: 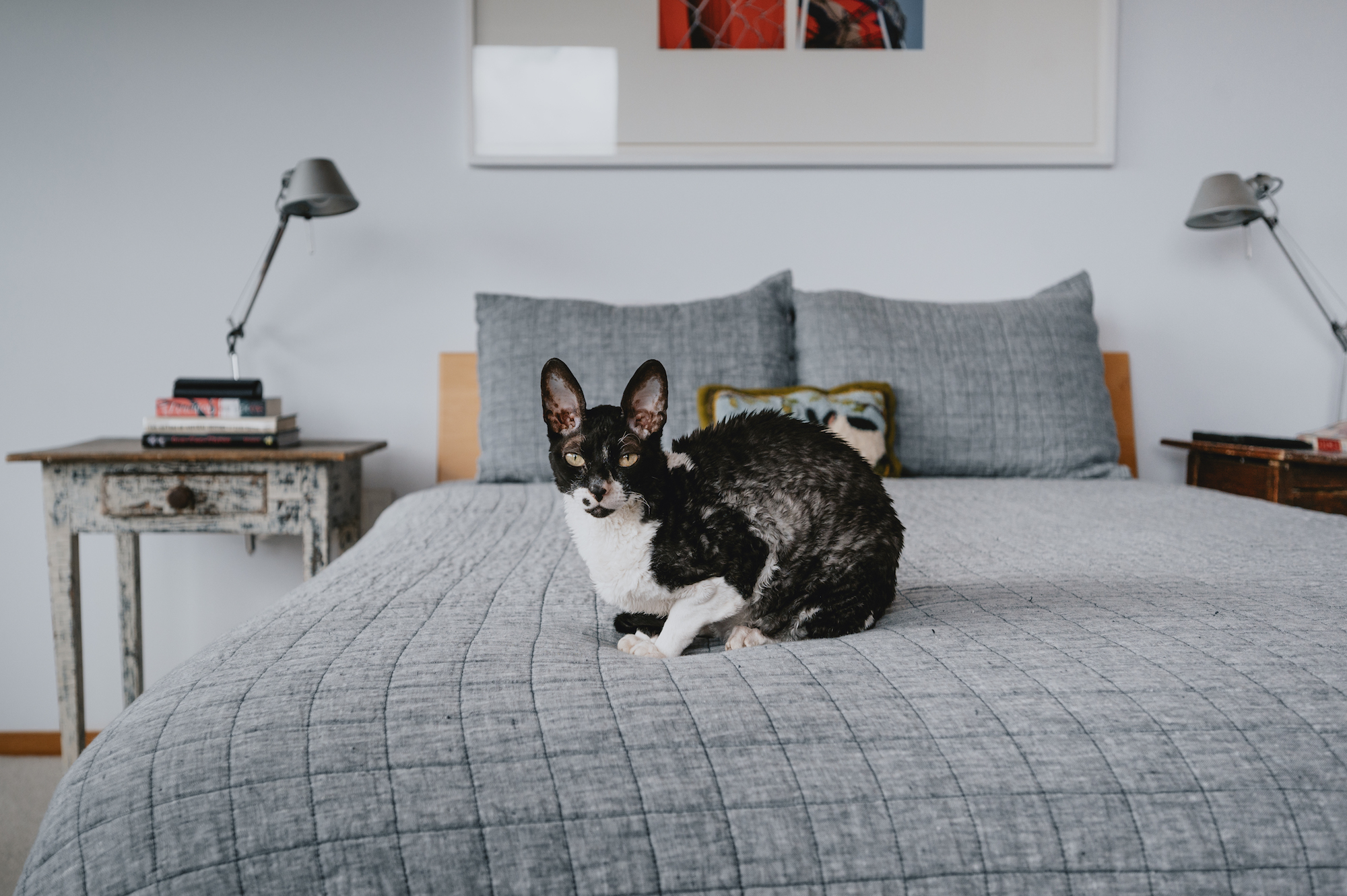 Bob and Barb bought the circa 1965 Canadian flag in the guest bedroom from an antique store in Port Hope. They had the stars-and-stripes cushions made in Toronto from a flag that flew over a friend’s house in Connecticut: 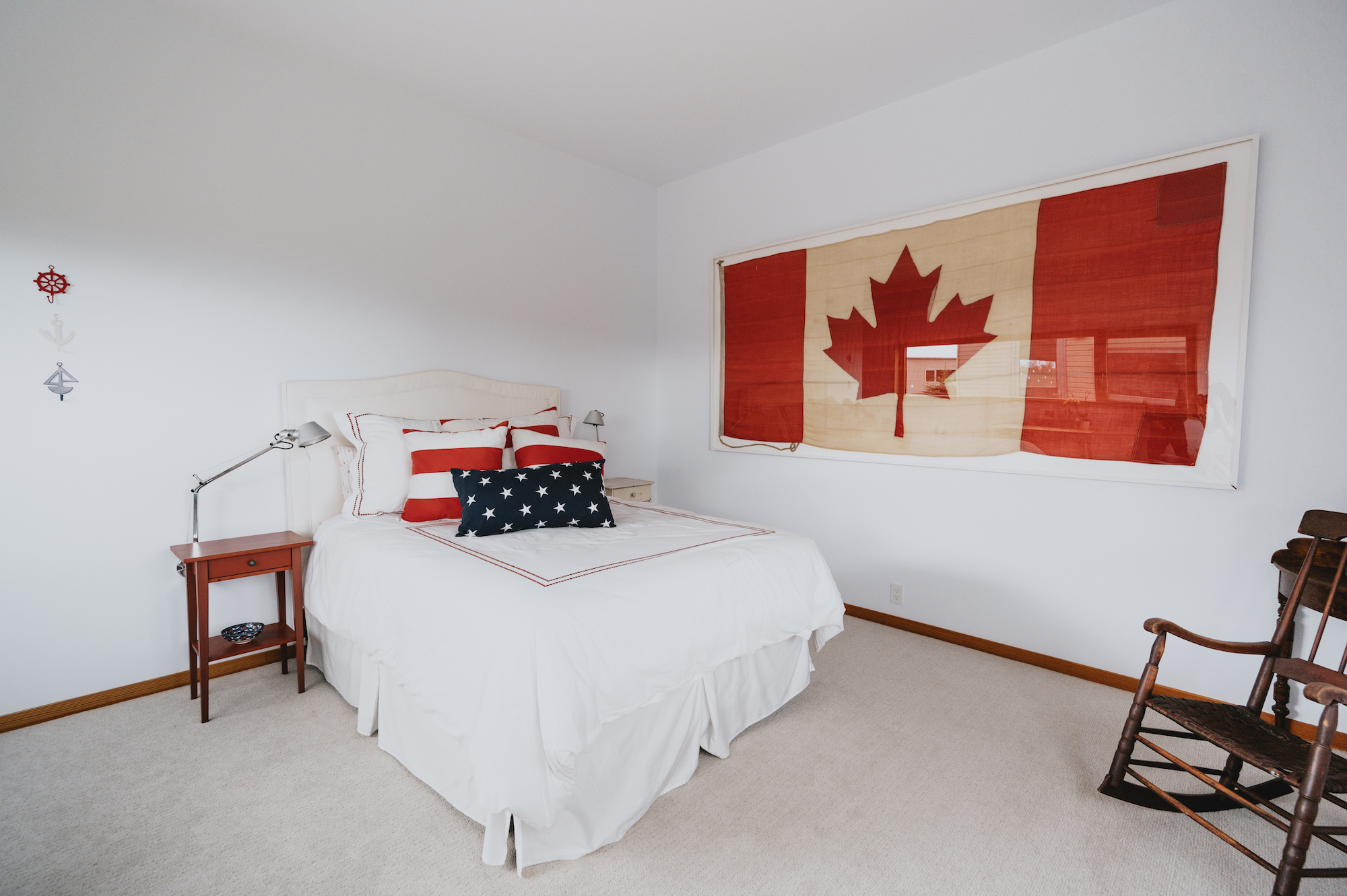 The home studio has polished concrete floors, trestle tables for work and plinths to display Bob’s sculptures. “We think of it as a mini gallery,” says Barb. 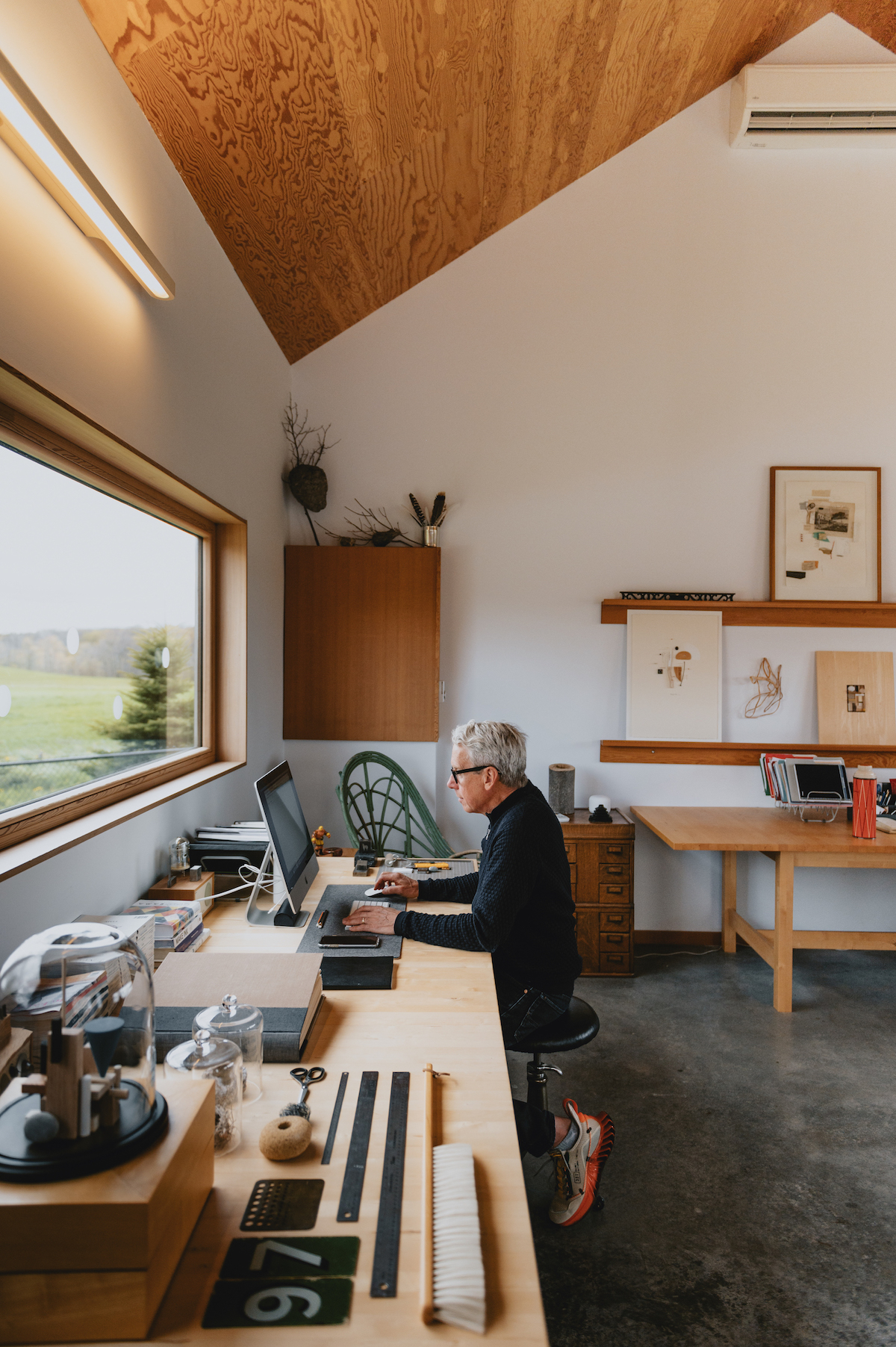 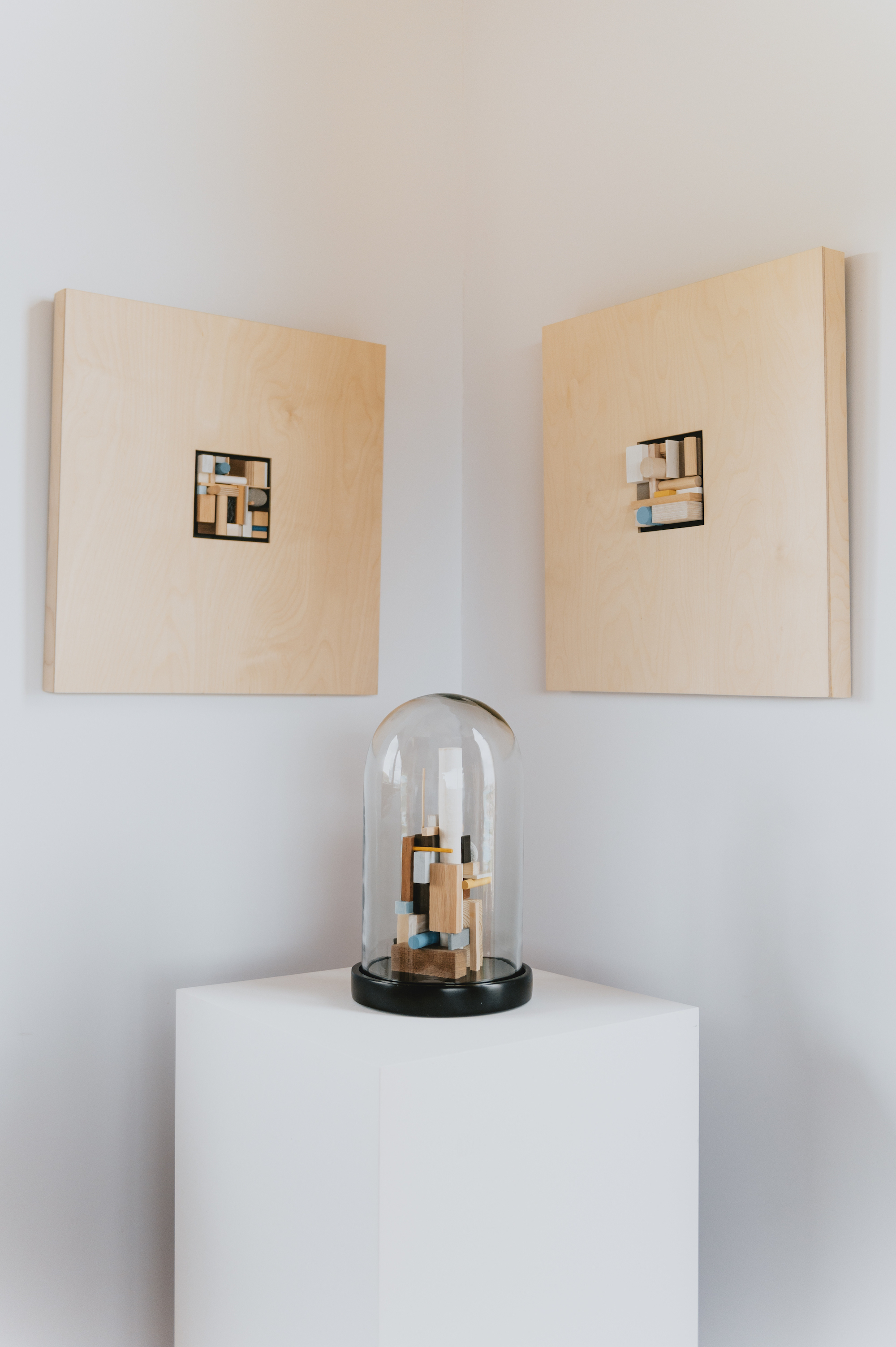 Here are some of Bob’s raw materials: 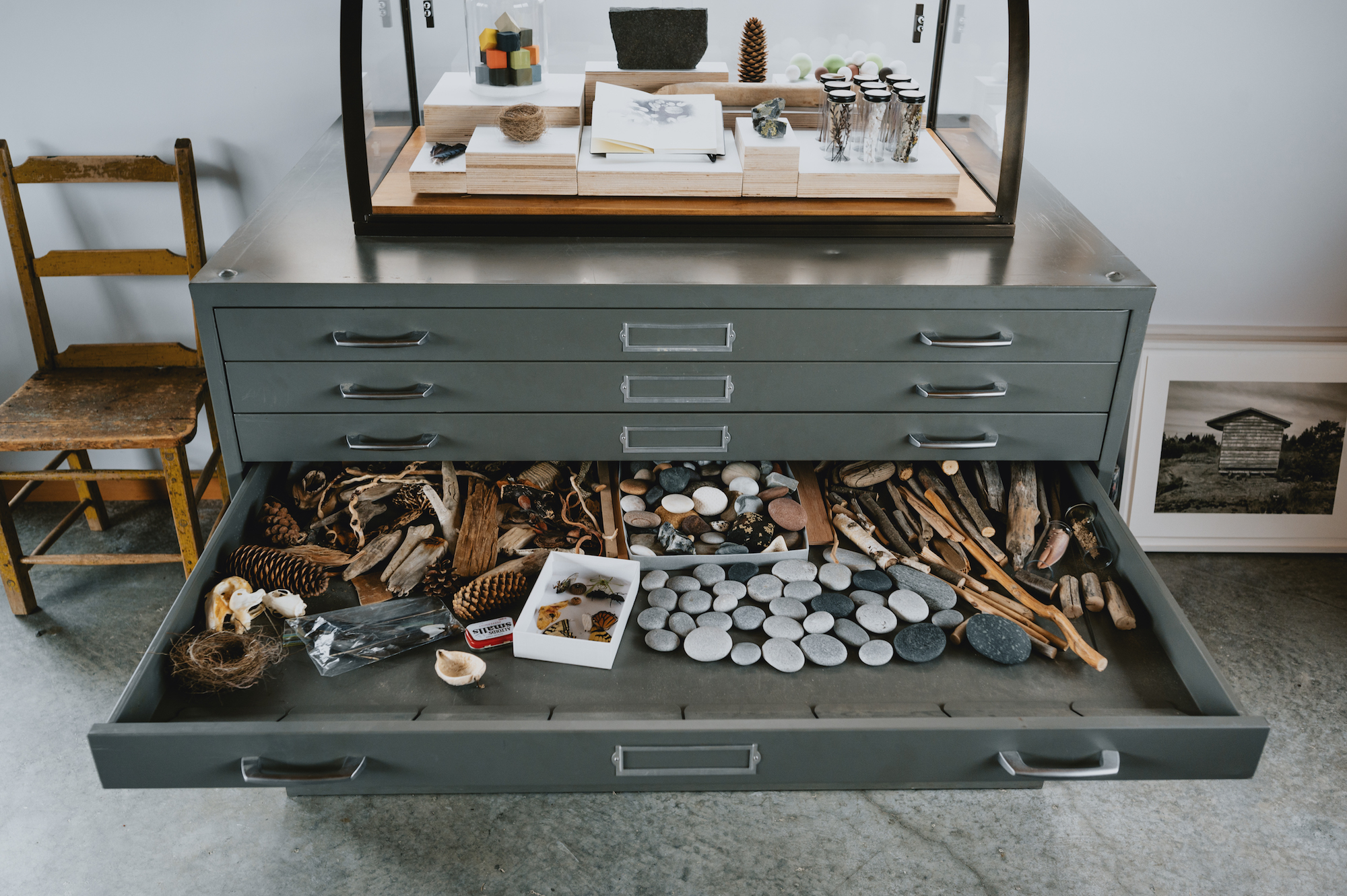 The couple’s taxidermy collection includes a barn owl, a pheasant, a tarantula and a grouse. They got this Eurasian jay from Deyrolle, the beloved Paris curio shop: 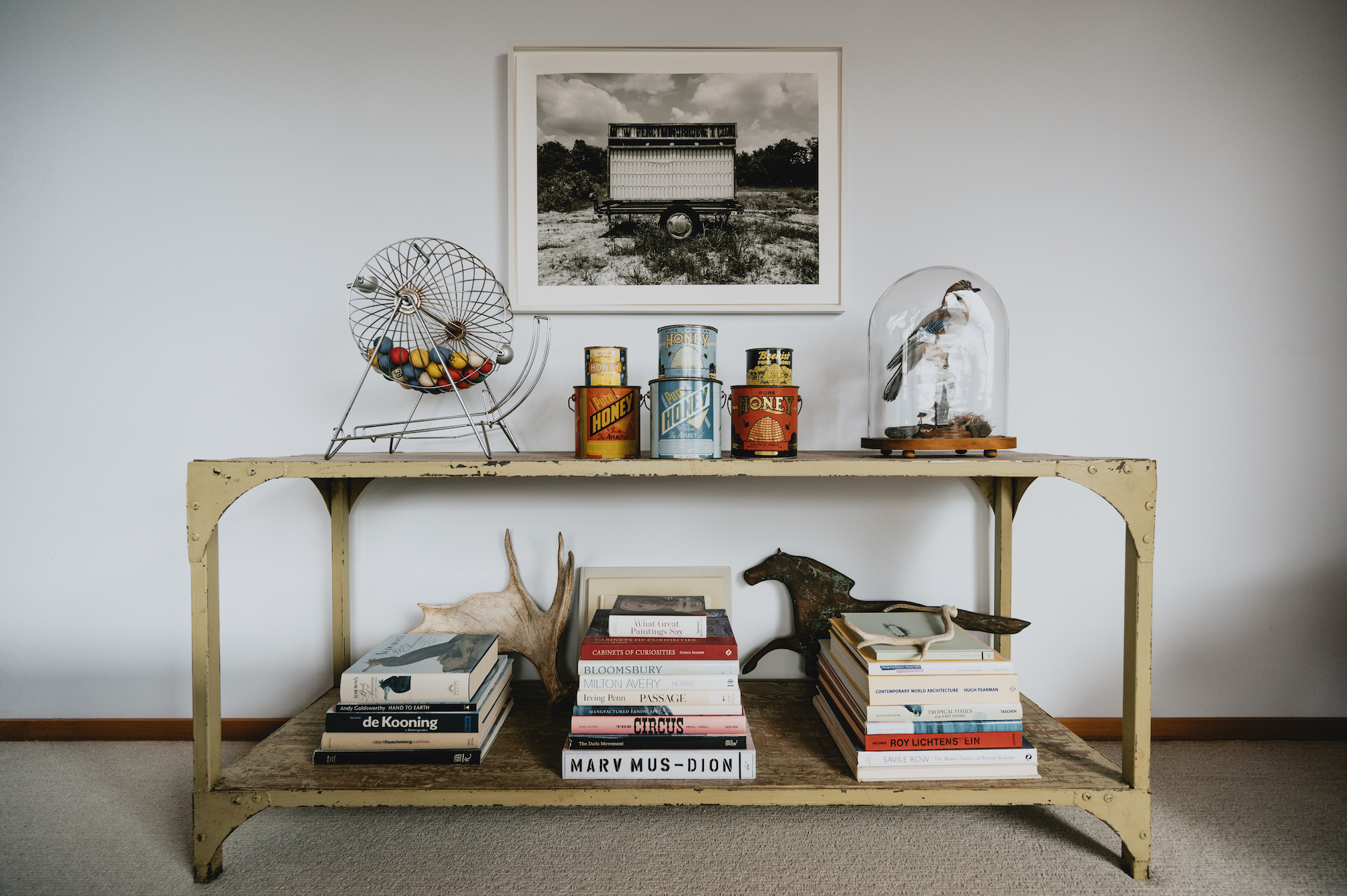 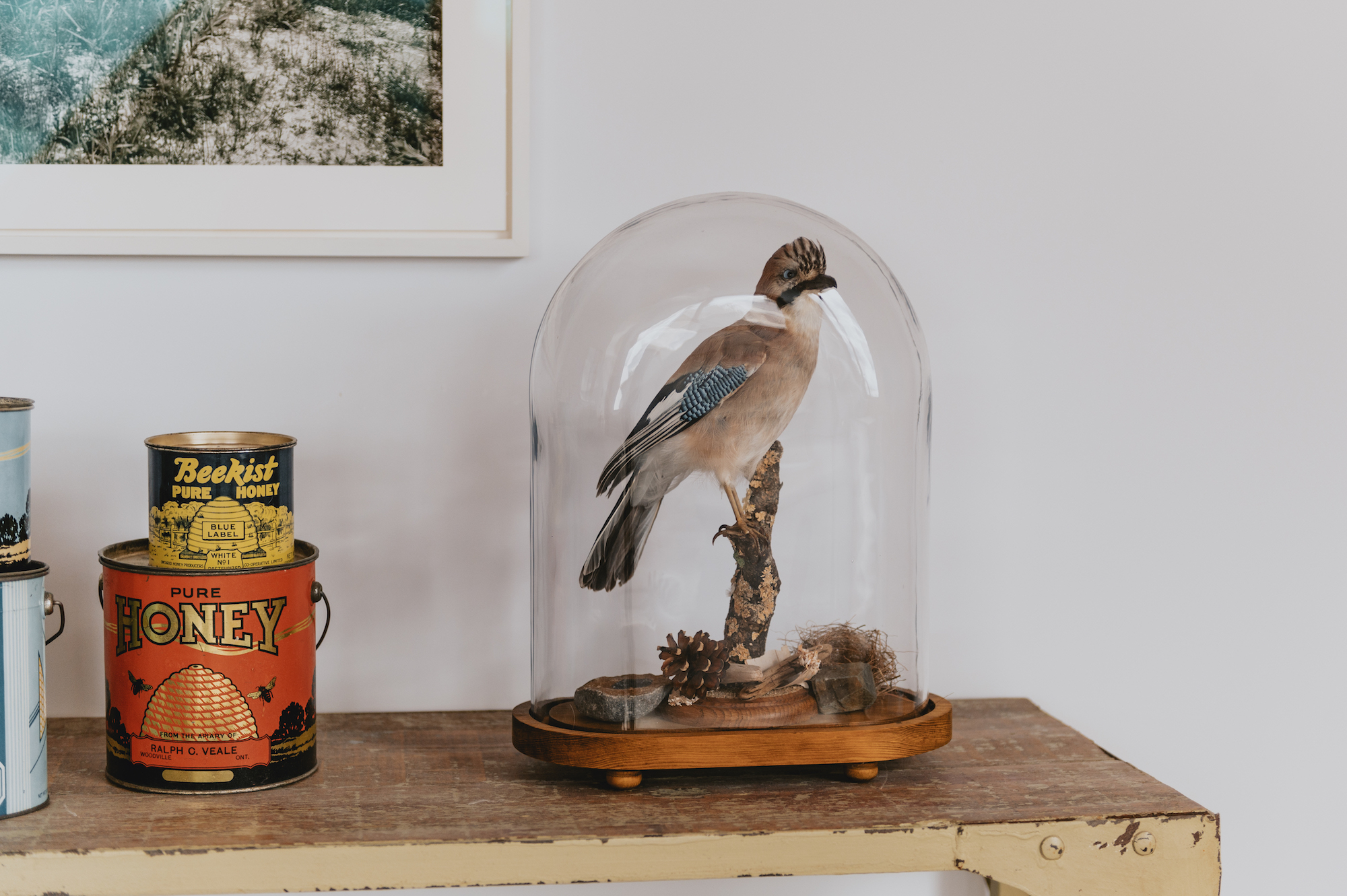 Barb got Rusty, her 21-year-old rescue horse, four years ago. “He lives across the road with my neighbour’s horse,” she says. “They’re best buddies.” 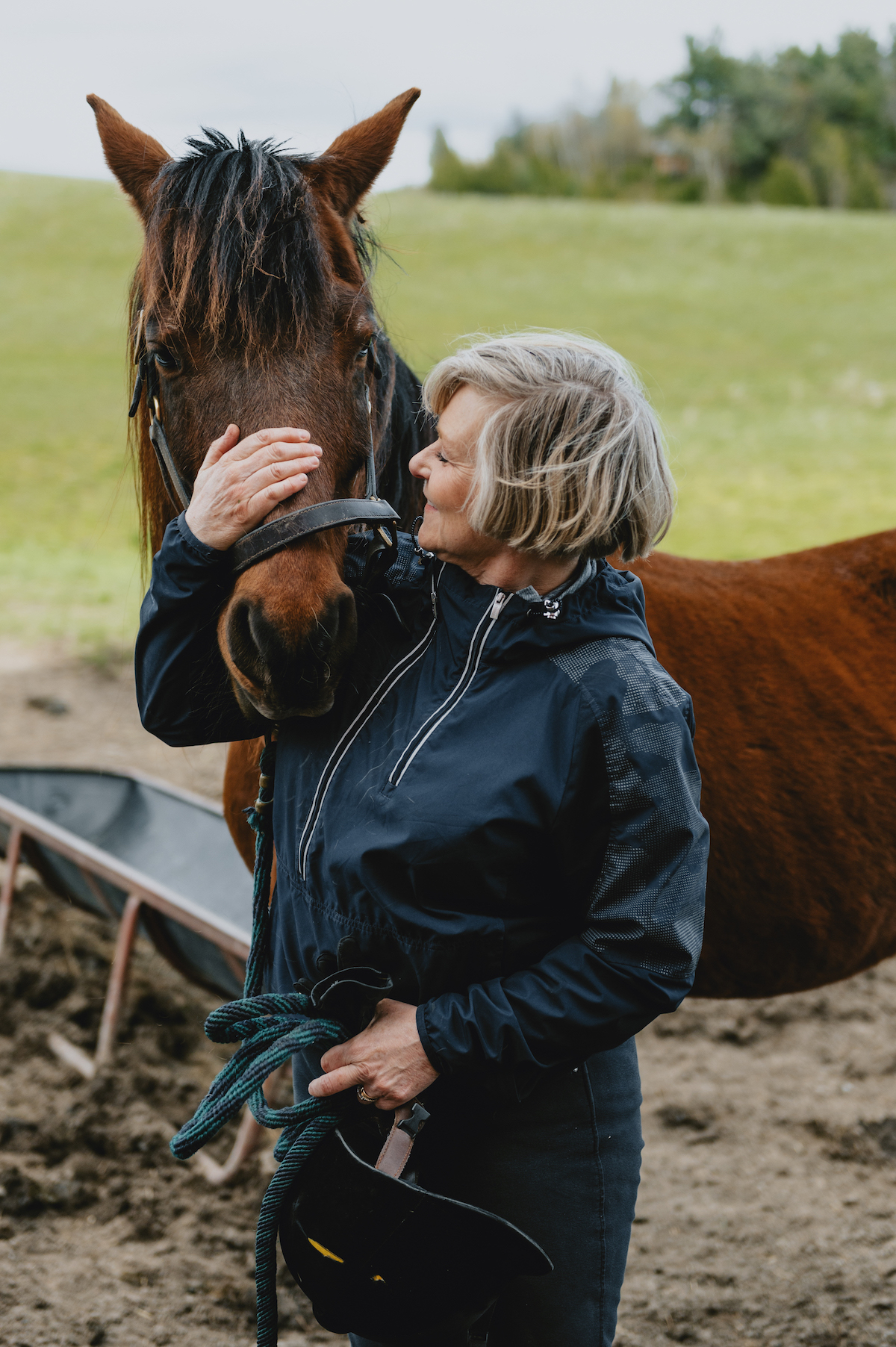