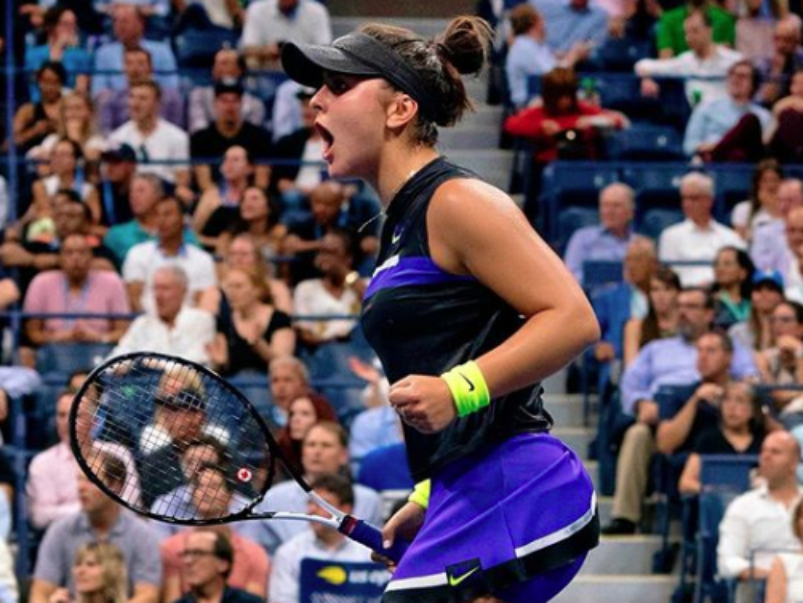 Everything we know about tennis prodigy Bianca Andreescu

This weekend, the sporting world got two new superstars: Bianca Andreescu, the Toronto teen who beat Serena Williams at U.S. Open, and her mother, Maria. Though Bianca’s winnings are nothing to sneeze at—$3.85 million—her parents were already doing pretty well for themselves. Maria is the chief compliance officer for Global Maxfin Investments and Bianca’s dad, Nicu, is an engineer. That might explain the bangin’ outfits Maria wore on the sidelines as she watched her daughter rocket to victory. Here are a few of our favourites.

There were a lot of social media references to Schitt’s Creek’s Moira Rose and Absolutely Fabulous’s Edina Monsoon, as Maria sat, stone-faced, draped in a Louis Vuitton scarf. Let’s assume her drink wasn’t filled with vodka, as Monsoon’s would be:

@SchittsCreek is that Moria Rose at the us open? @usopen #USOpen https://t.co/AscTG7OLPv

Here she is holding Bianca’s dog, Coco. Anyone looking for some hard-hitting journalism on Coco can read more here. Unsurprisingly, her collar reads “Dog Queen”:

Even Bianca acknowledges that her mom is a “straight G.” Also, if anyone ever needs someone to punctuate a point with a sarcastic golf (or in this case, tennis) clap, Maria Andreescu is your girl:

This is actually hilarious. My moms a straight G. I’ll never be that cool https://t.co/4pvXVf5ZXv

Nicu and Maria Andreescu, proud parents as their daughter is the Rogers Cup champion. pic.twitter.com/RE7TxRyCBG