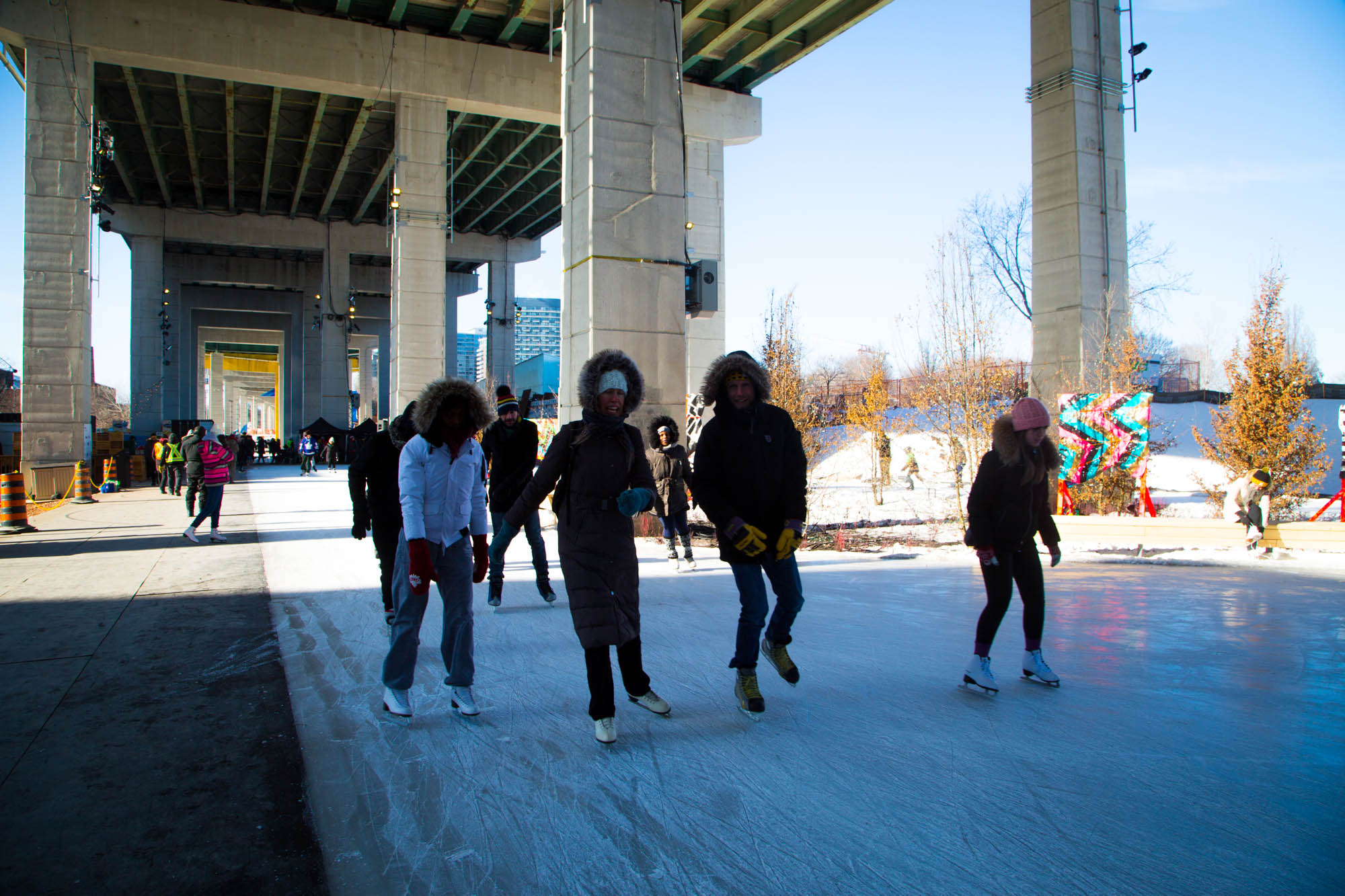 Most sane Torontonians stayed indoors this past weekend, as record-low temperatures dipped to almost -30. But the city’s most adventurous souls grabbed their skates and headed down to the new Bentway Skate Trail, an 220-metre-long path under the Gardiner Expressway near Fort York. The trail is one of the first steps in transforming 1.75 kilometres of unused space under the highway into a year-round public space to be used for special exhibitions, festivals and public art.

A formal ribbon-cutting ceremony kicked things off on Saturday morning: 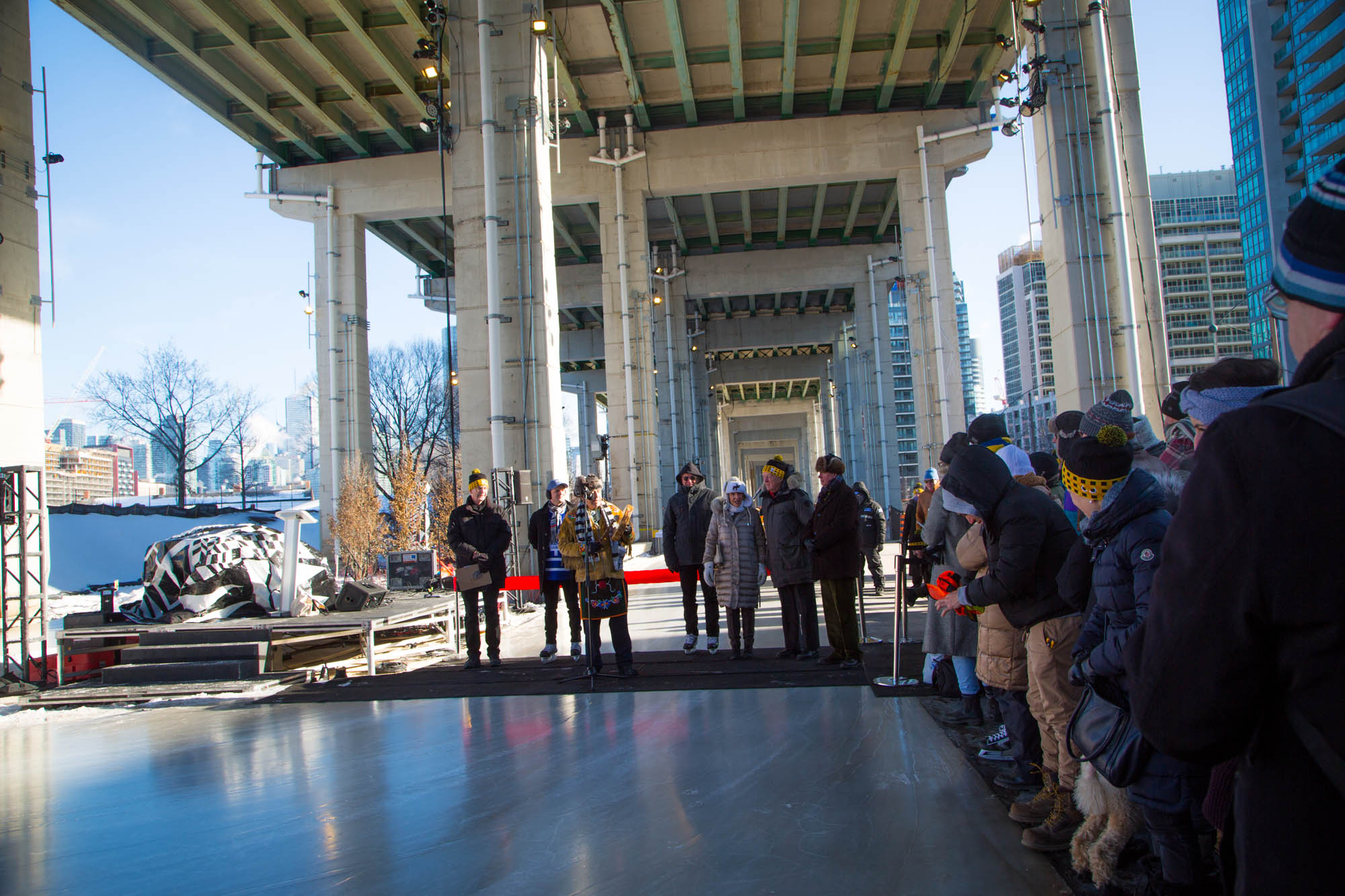 Skate rentals were free during the opening weekend at this booth, housed in a Giant shipping container designed by Astound. A two-hour rental will cost $10 for adults: 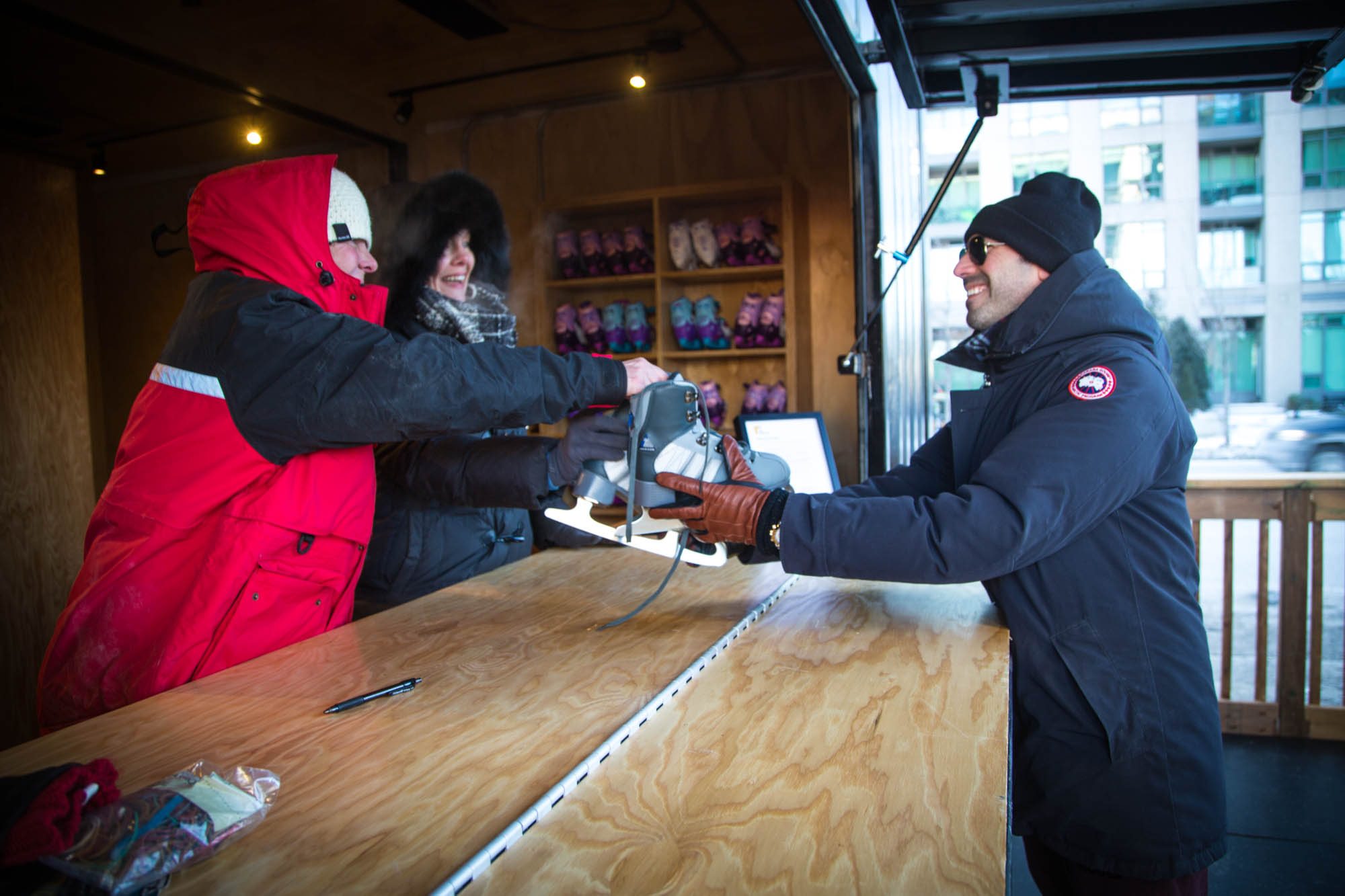 Visitors got ready in the Lacing Lounge: 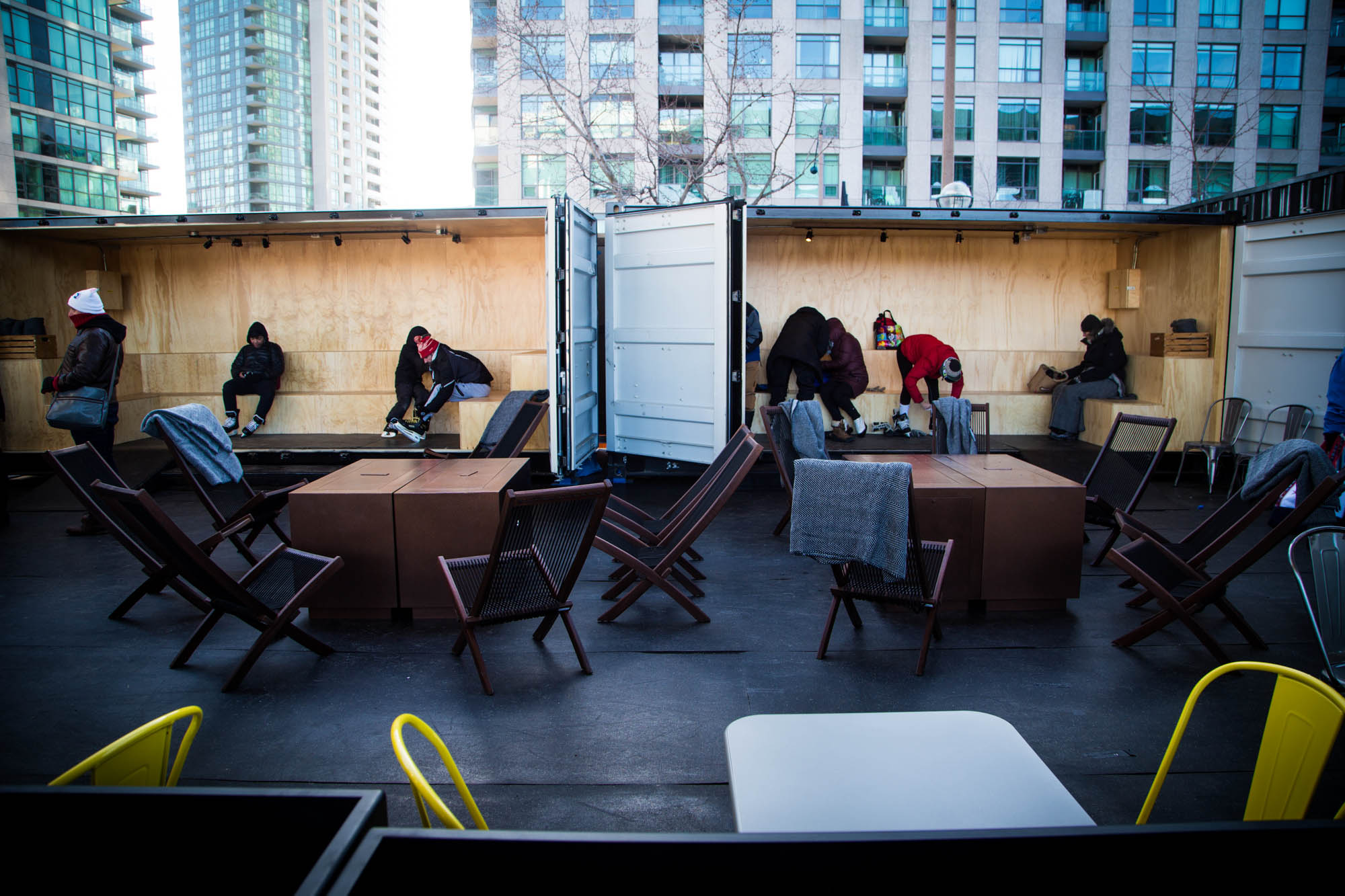 They also sipped on Strongbow ciders (warm, of course): 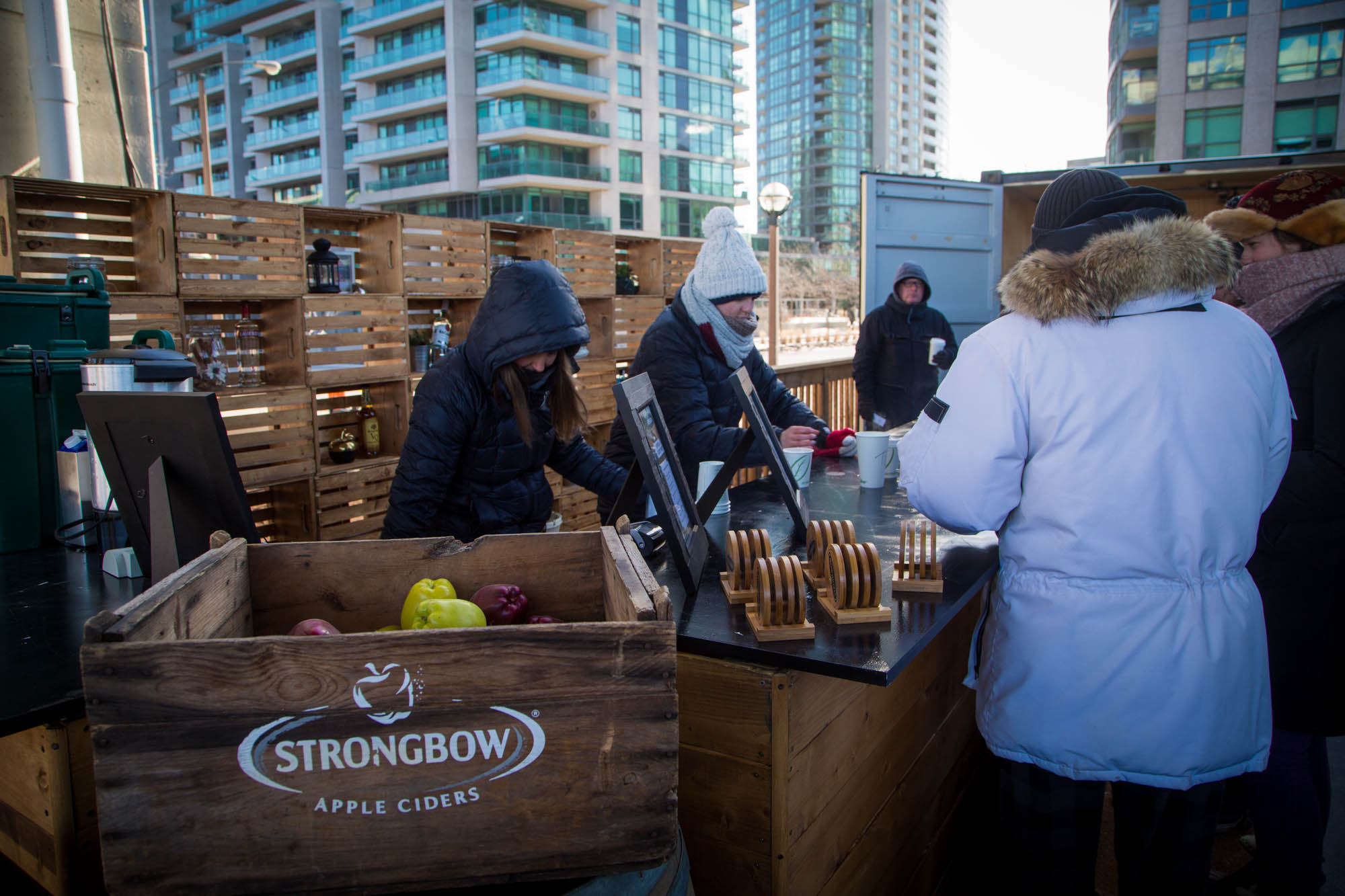 Skaters took the ice dressed in umpteen layers to keep warm. We asked some of them to tell us about what they wore on this frigid day. 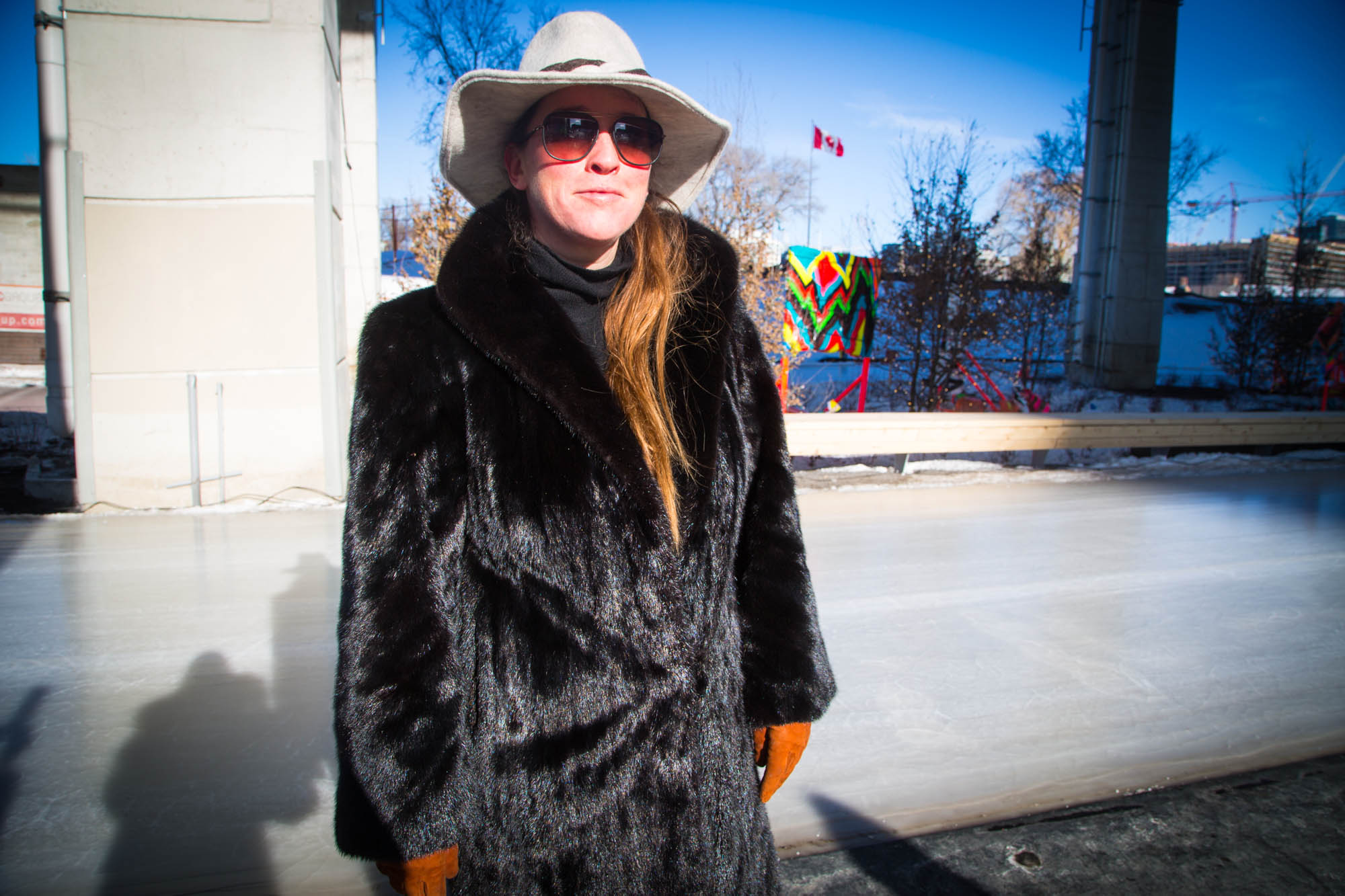 40, visual artist
“My outfit is warm. It’s Canadian. My hat is made of wool and is surprisingly toasty.” 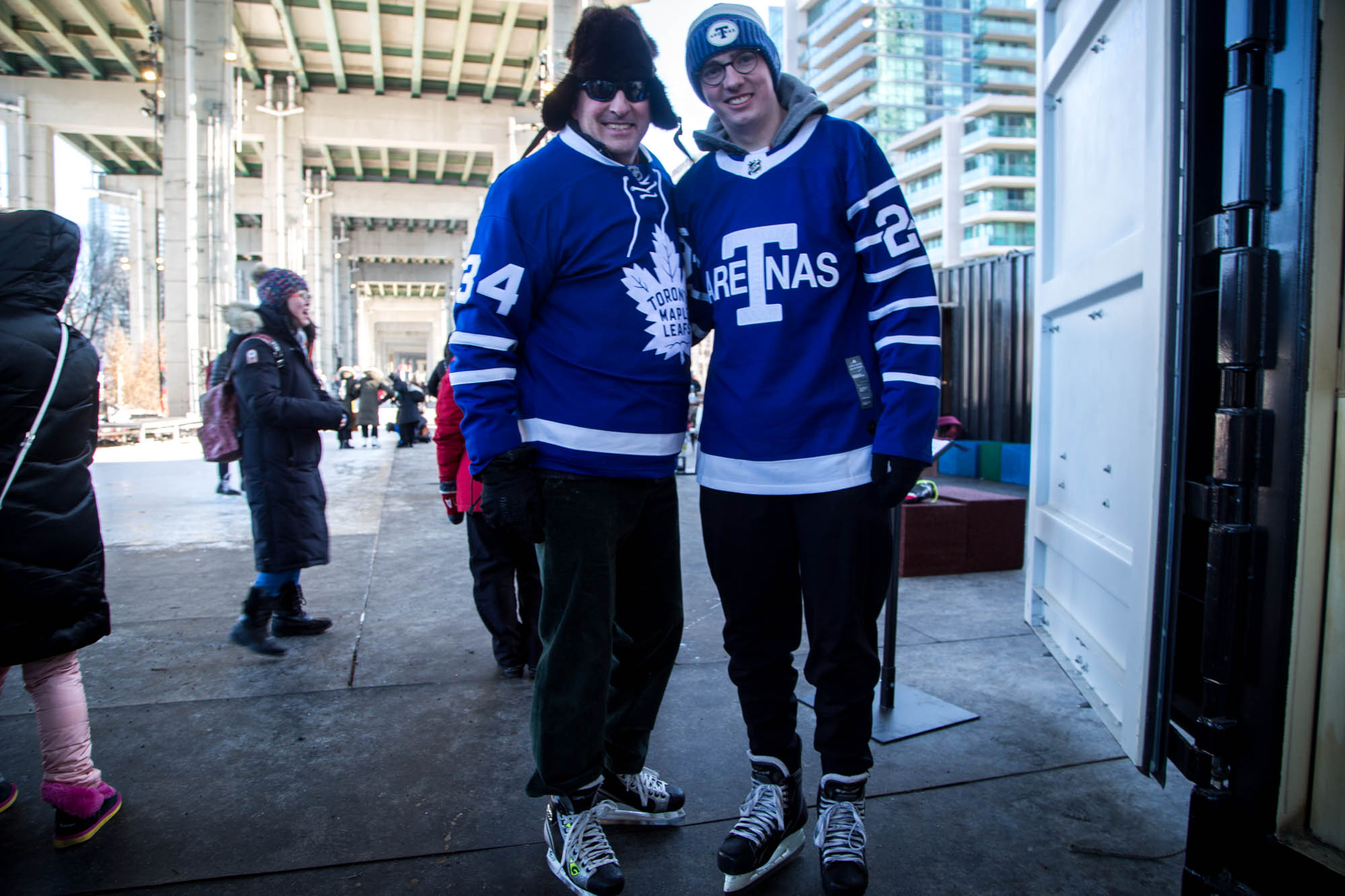 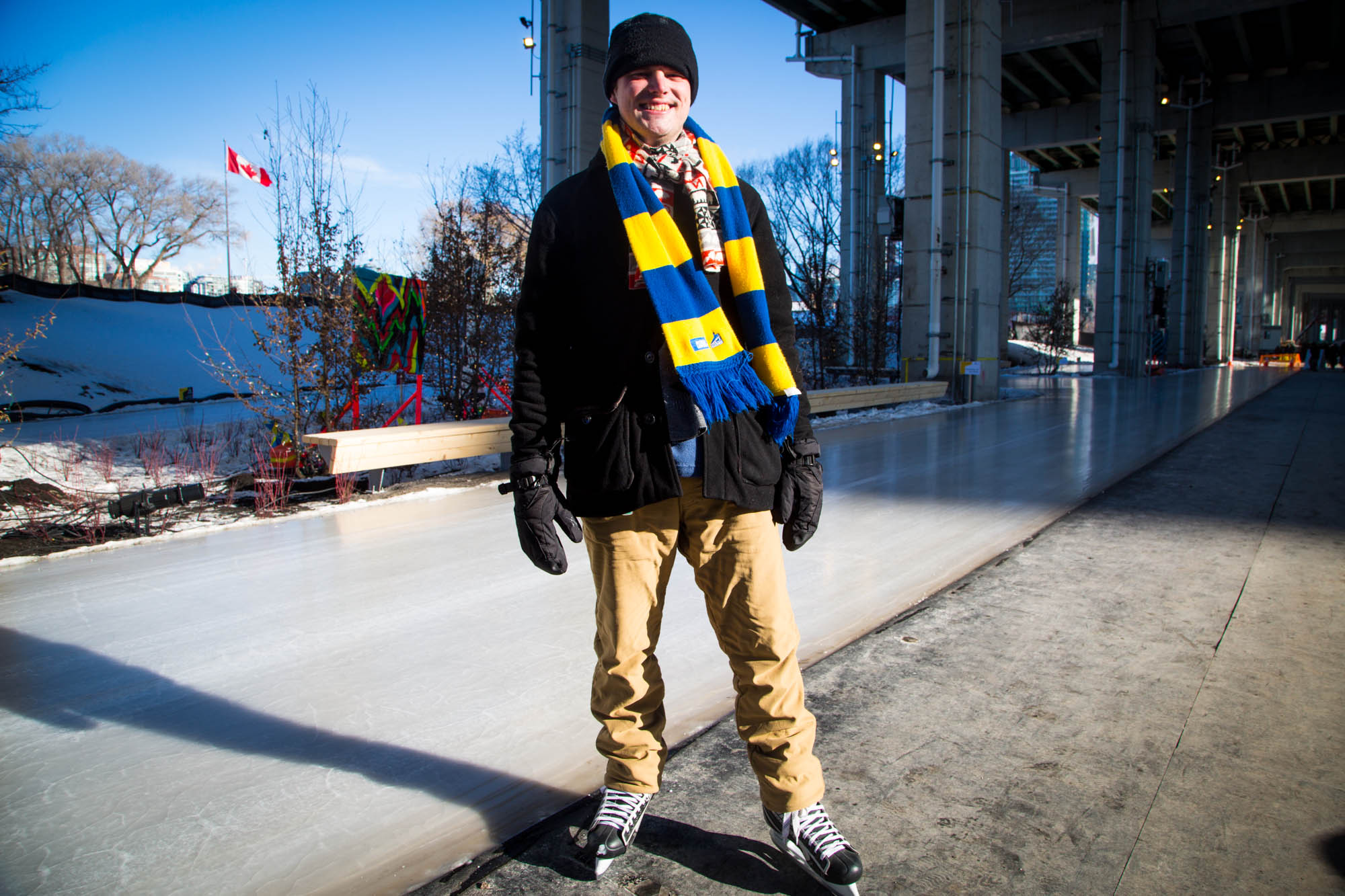 35, land-use planner
“I’ve got three scarves on. The first from Ryerson, because I went to school there. My fiancée bought the next one from the Calgary Tower. The last one is just a smaller scarf to fit under the other layers.” 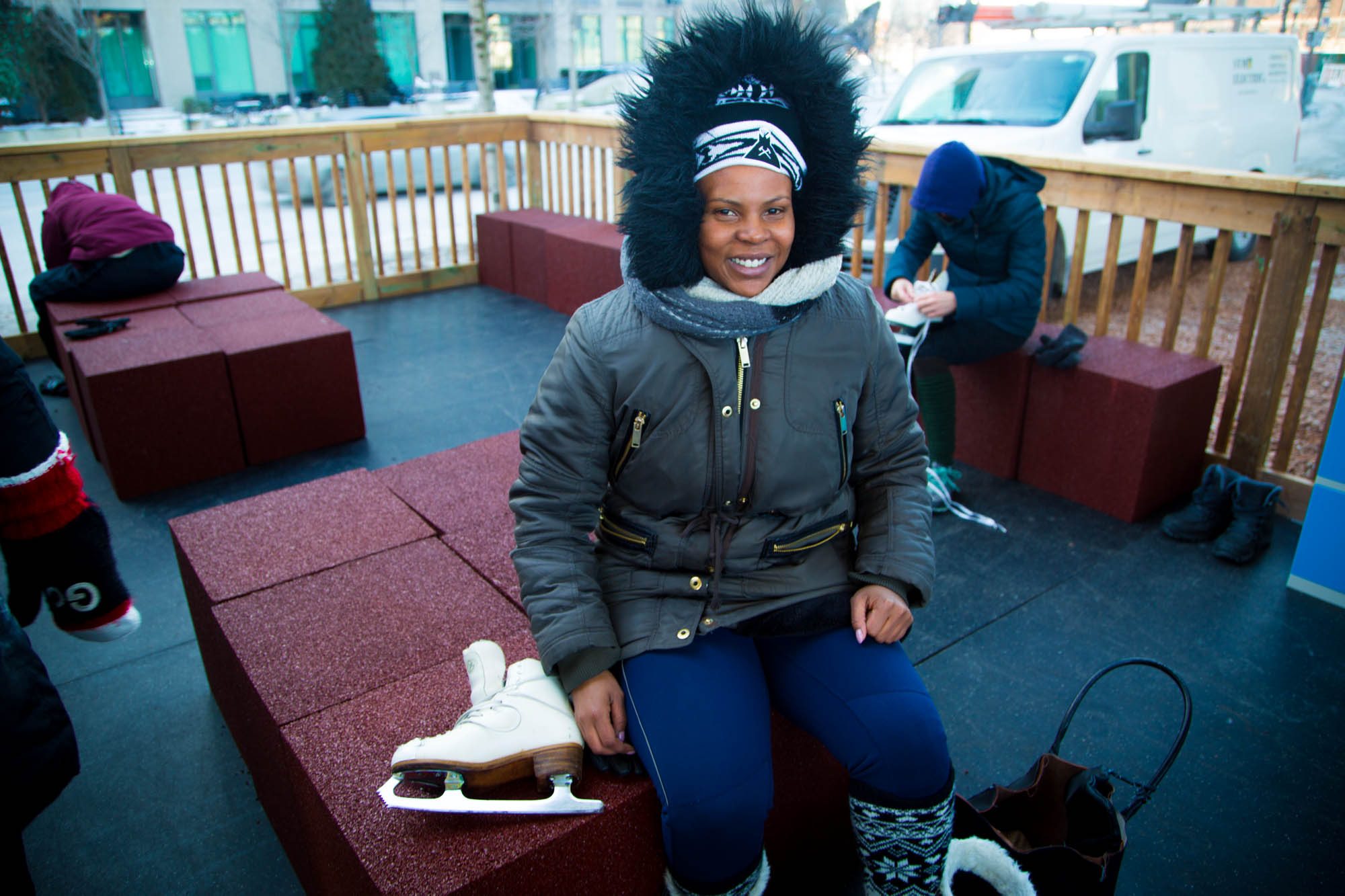 32, early childhood educator
“I wanted something super-warm but with a lot of flexibility and movement. I used to figure skate when I was younger and, while I can’t really imagine squeezing into a skating dress anymore, this is pretty much what I always wore to skating: leggings and leg warmers.” 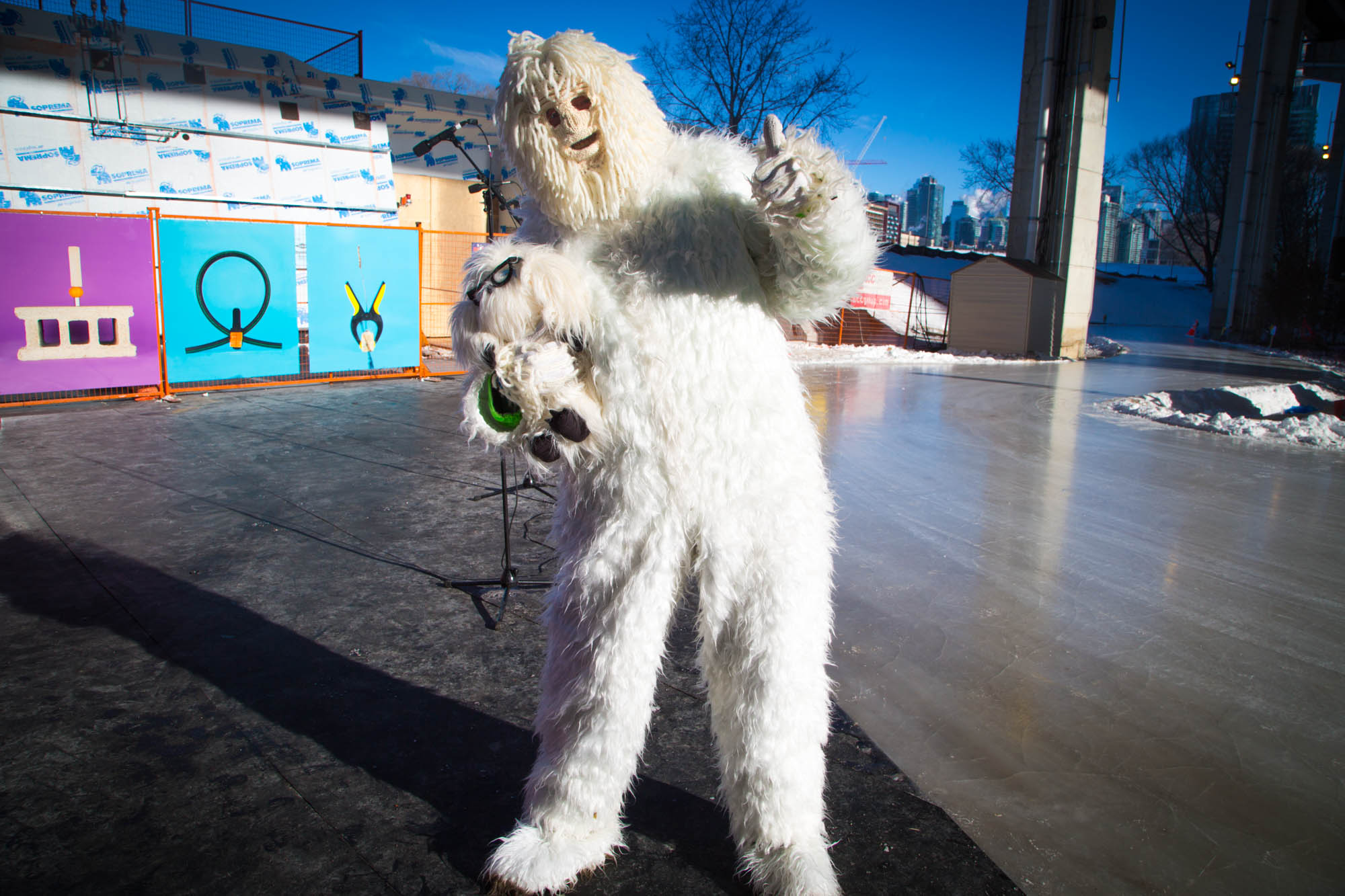 71, IT worker
“I’ve had this Yeti costume for about three or four years. I’m pretty active—I like kiting and paddling—and I thought, with the Bentway opening, that’s where I wanted to be.” 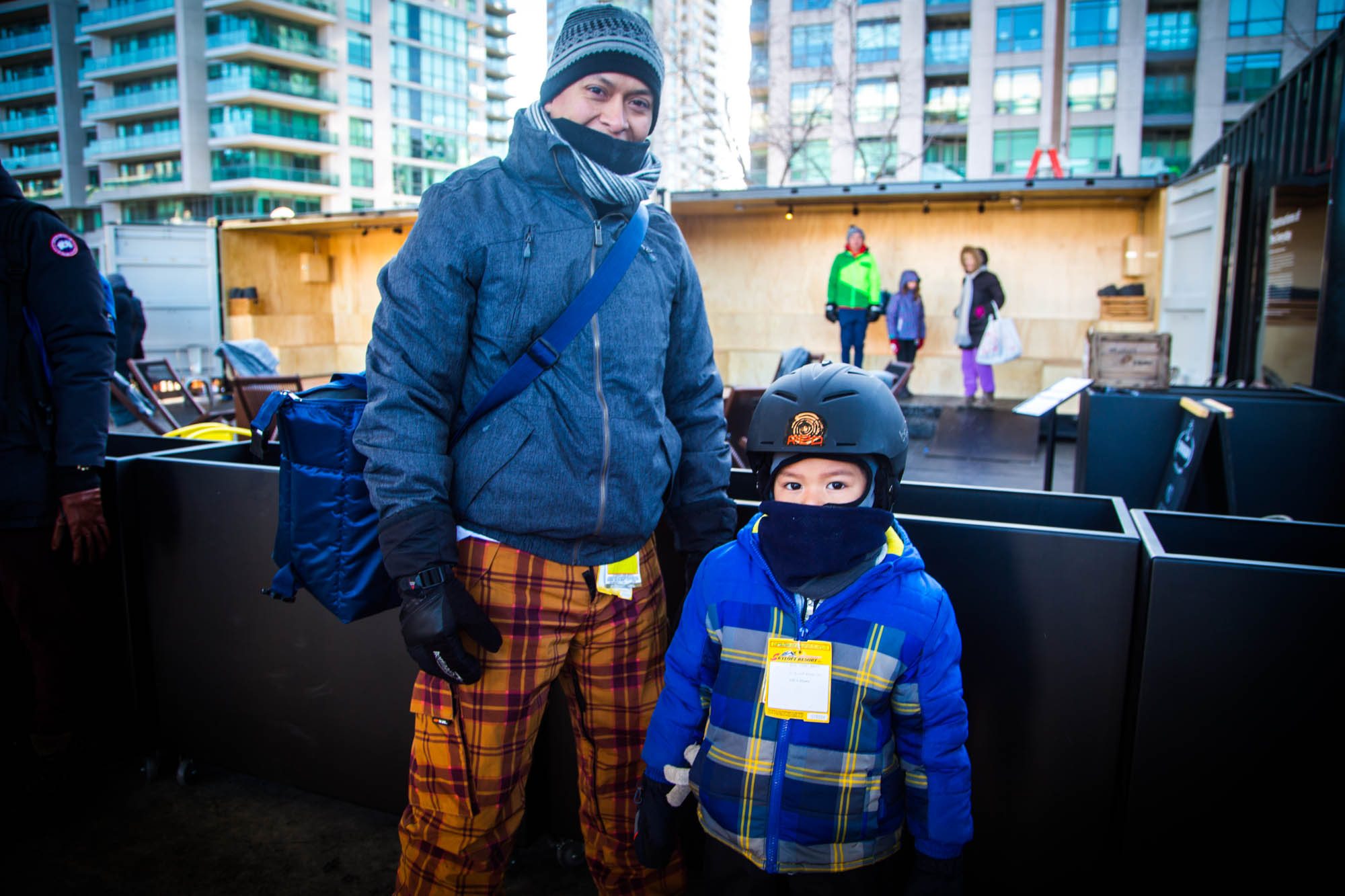 35, engineer; 5
Larry: “We were told it was going to be very, very cold, so we’re actually wearing all our snowboarding stuff, including David’s helmet. The matching plaid wasn’t on purpose at all.” 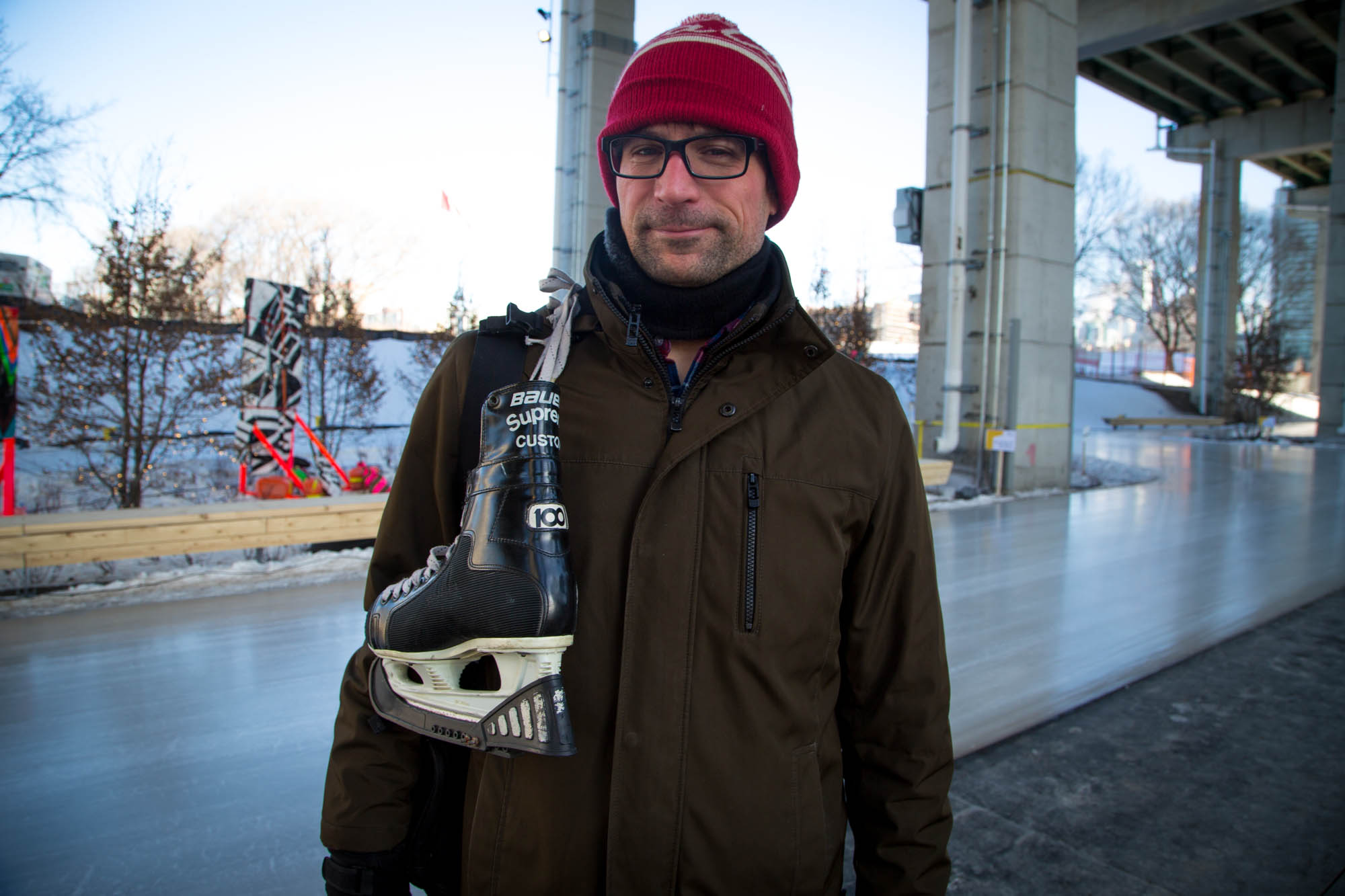 39, city employee
“I use William Davis Park by the lake a lot, and it’s always cold, so I knew it was going to be cold today. I layered up. I’ve got a little bit of Canadiana, a plaid shirt, under my jacket.” 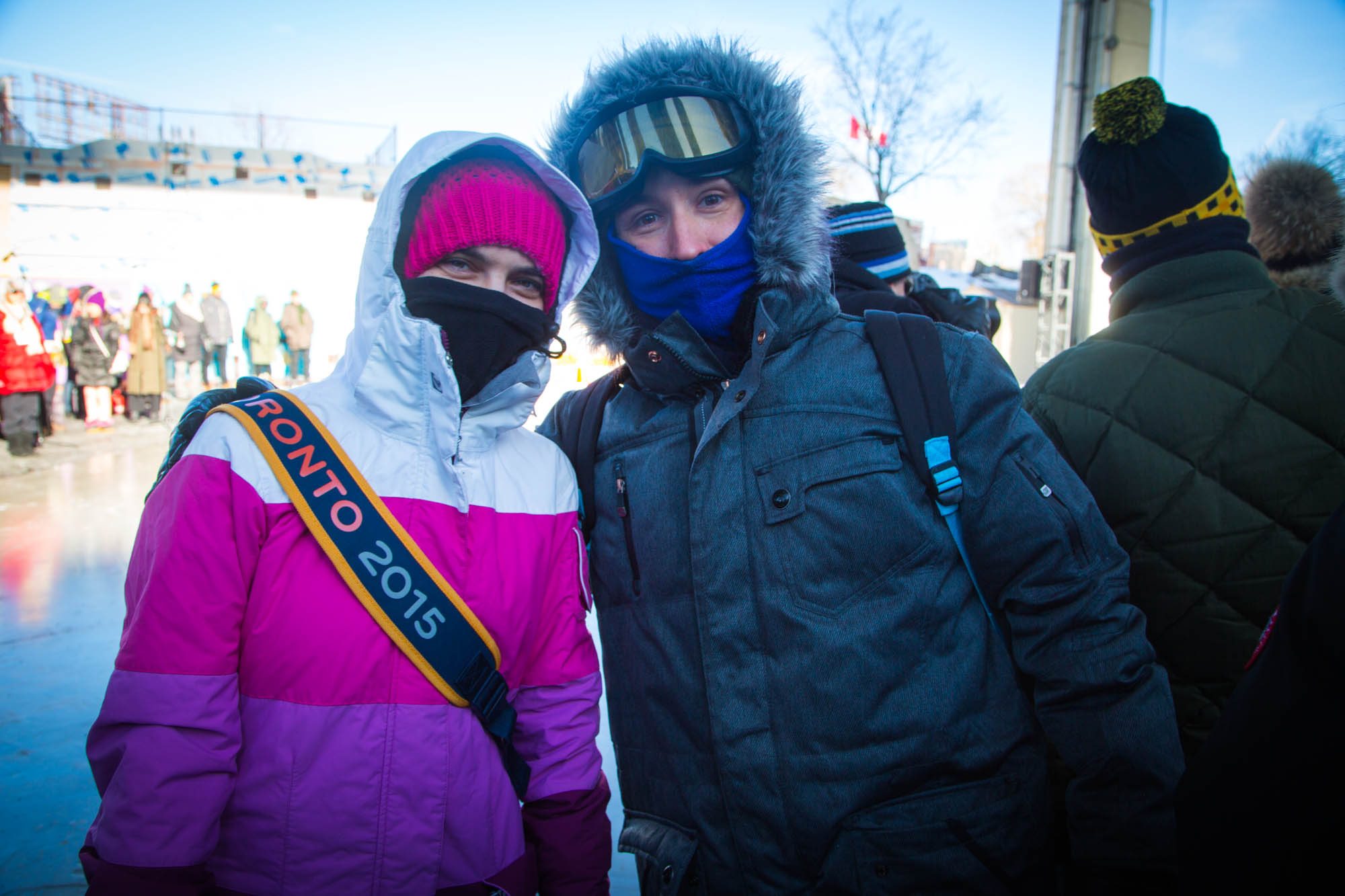 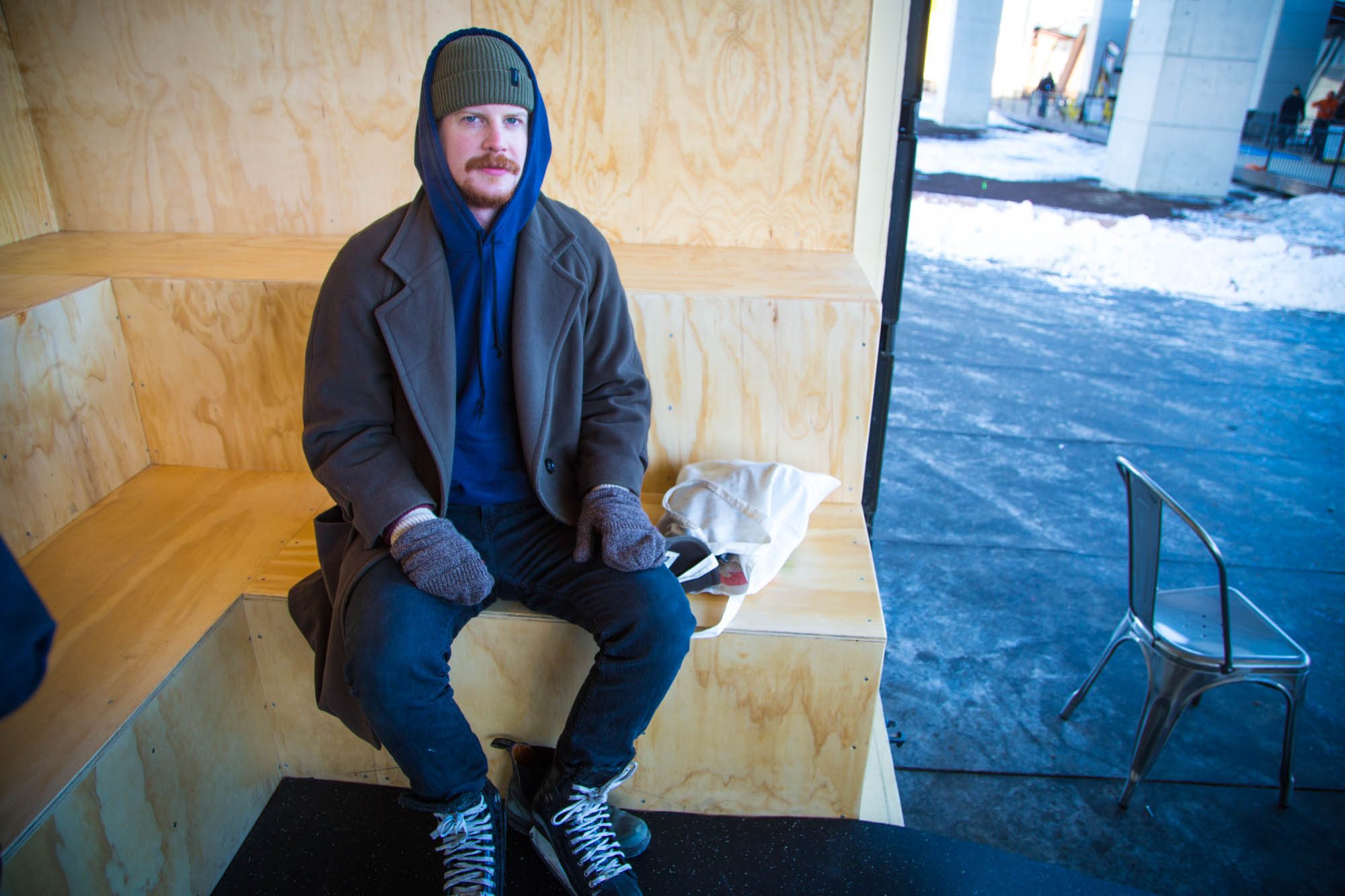 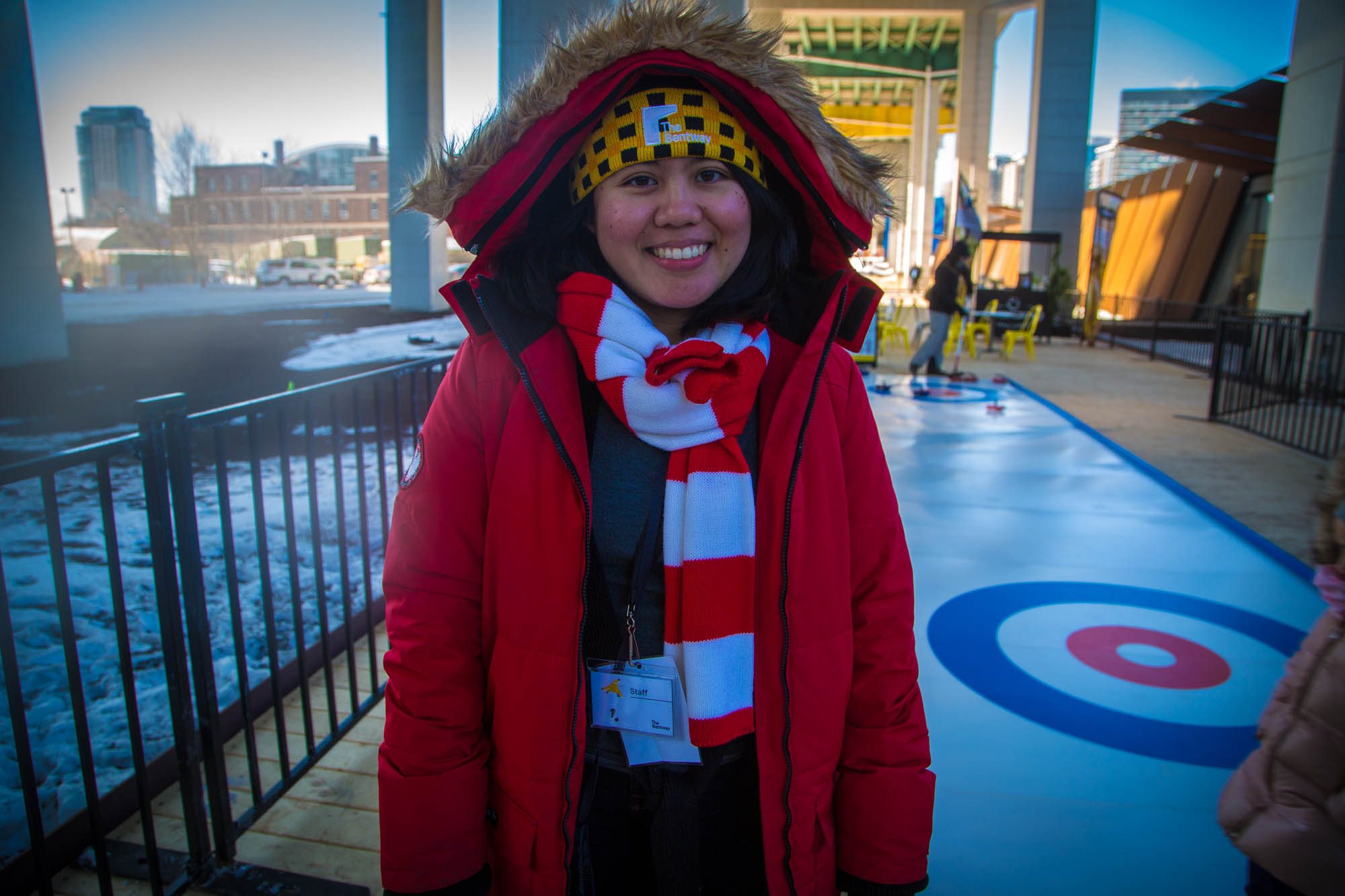 29, social media coordinator for the Bentway
“Wully Outerwear, a Canadian company, helped us out by providing these toques, which are super-useful because it’s so cold out here.”