Our homes have taken a beating since the start of the pandemic, doubling as offices, gyms, schools, studios. And—let’s be honest—some of our DIY projects have been more successful than others. If you find yourself looking around and saying ugh on the daily, we have some thoughts. A few individualized, professional pieces can refresh the look of your space without the cost and disruption of a reno. Here, we’ve lined up six Toronto companies that will help you realize your niche decor dreams.

Light-up signs of anything under the sun from Fuse Neon

During the 2019 NBA playoffs, photographer Nicole Cheng and videographer Karen Lam brought two LED Raptors signs they’d made into a crowd-filled Jurassic Park. When the home team won against the Milwaukee Bucks, Cheng and Lam were swarmed by fans eager to get a piece of the bold Toronto insignia. From that moment, the former photographers put their full-time focus into growing Fuse Neon. The bespoke business creates phrases, logos and other illustrative designs in multiple hues using can’t-believe-they’re-not-neon LED light strips twisted and mounted onto plexiglass. Cheng and Lam conceptualize, plan and build all their creations themselves in their Toronto studio, often incorporating the CN Tower and other Six-related pop icons. A custom design costs about $190 to $600.

Wacky floor coverings in any shape from T.O. Custom Rugs

Stuck indoors during the early months of the pandemic, best friends and retail sales associates Jin Lee and Austin Tran began looking for new hobbies to pass the time. After experimenting with graphic design, they decided to make illustrative rugs of pop culture icons using a canvas backing, a few tufting guns and lots and lots of yarn. They created their first rug—a teary-eyed Drake—and posted it to Instagram in September 2020. As their following grew, they began taking custom orders, turning just about any logo, image or item—including the Jordan 1 Chicago sneaker, a Murakami flower and anime character Naruto—into vibrant, hand-tufted rugs. Their artworks will cost you between $150 and $500. 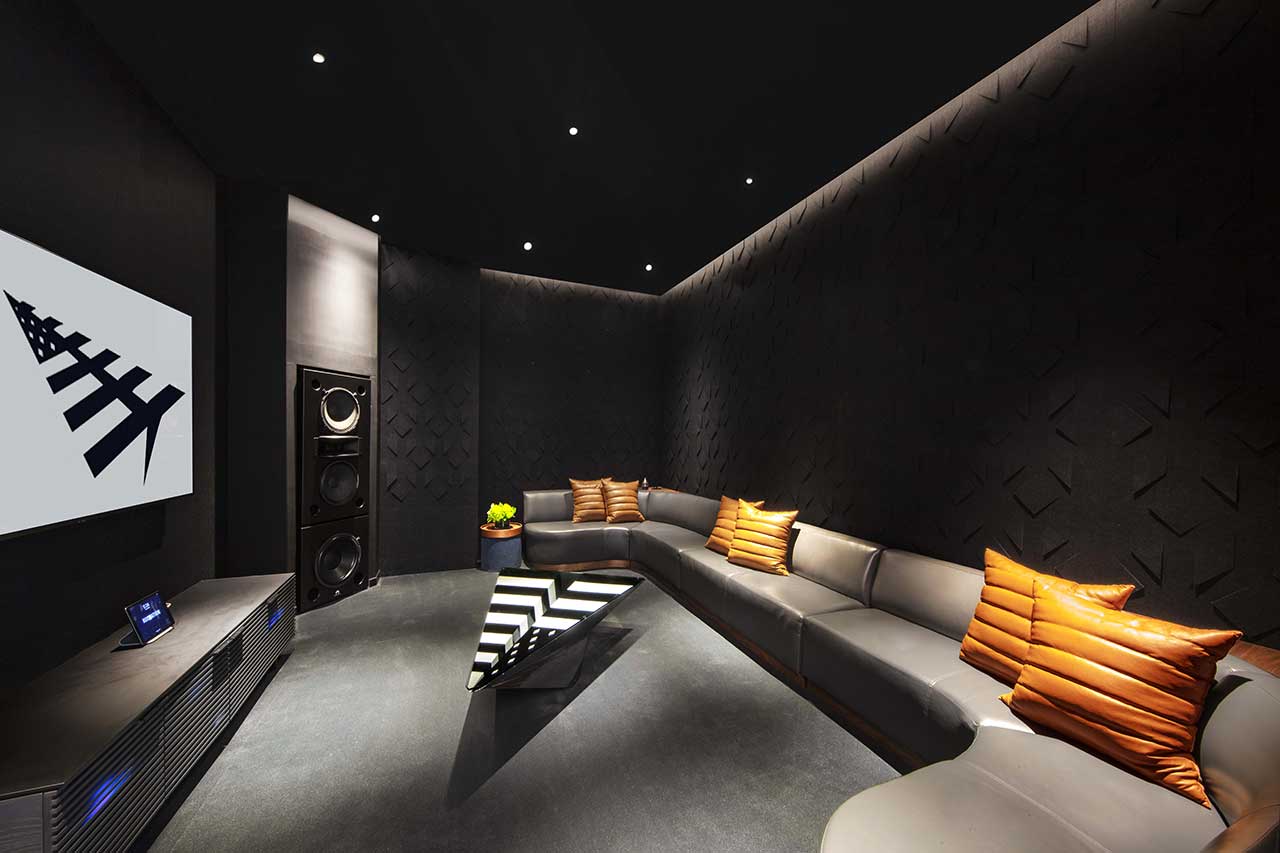 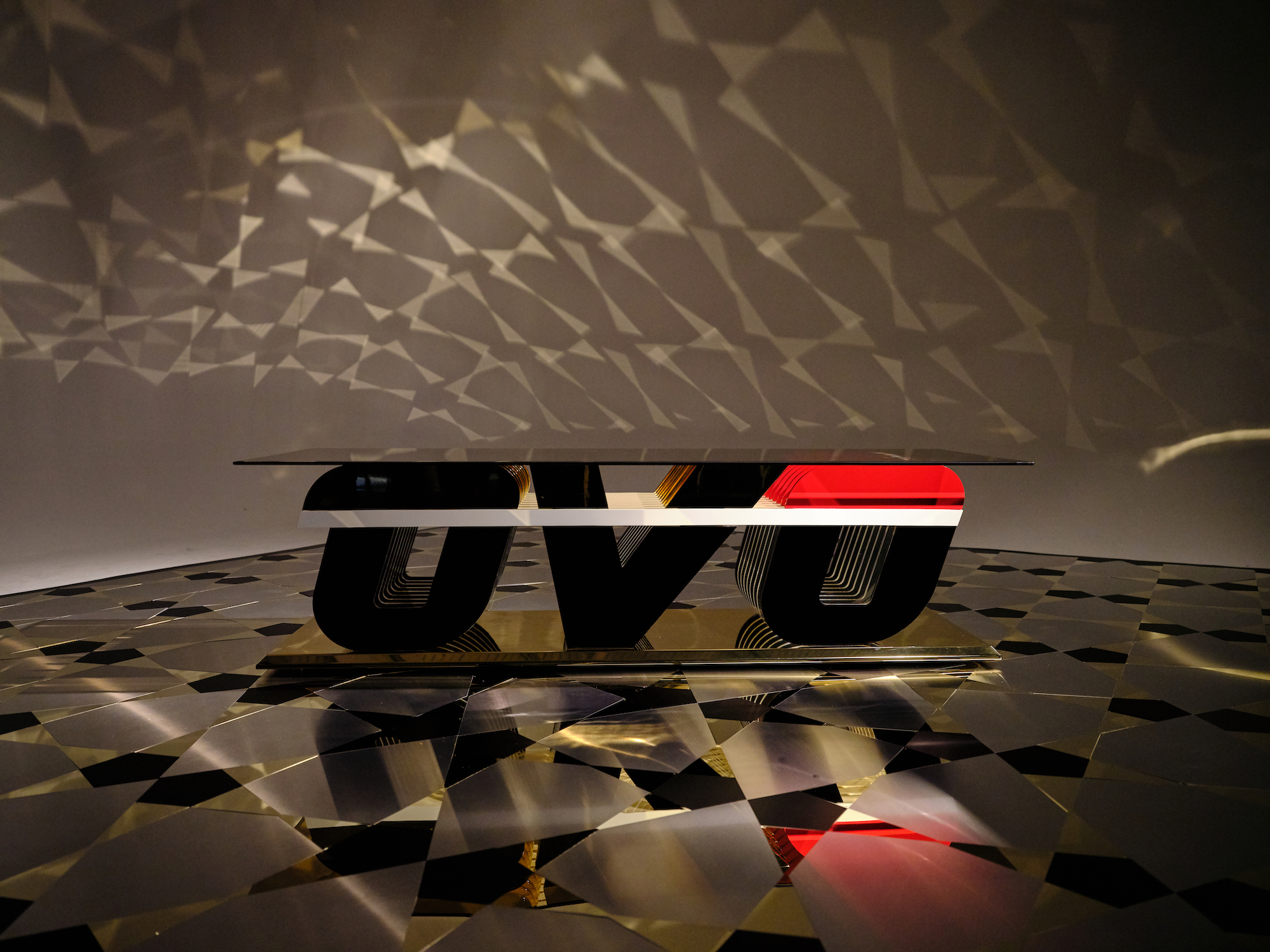 A functional piece of art for the living room from Futurezona

Futurezona’s principal designer Ranbir Sidhu applies his background in engineering and manufacturing to create functional pieces of art, including futuristic coffee tables. Some of his most notable projects include a replica of an asteroid, with 220 edges and angles, and a paper plane–inspired stone table for Roc Nation. The materials depend on the scope of the project. Sidhu’s most over-the-top commission to date is an OVO table for Drake made with diamond dust, reflective brass and a coat of 24-karat-gold-infused paint. A custom commission from Sidhu ranges from $100,000 to $250,000.

Pekota—a spin on the name of its creative lead Marco Pecota—is a North York studio mixing cool hand-finished steel and exposed bolting with warm solid oaks and baltic birch. Prior to the pandemic, Pekota churned out a reliable line of industrial-style shelving, lights, seating and tables for both business clients and homeowners. But the pandemic slowed down production speed, so Pecota shifted focus to luxury-level custom-made storage and bold lighting. In his shelving, Pecota is able to use the flexibility of his hot-rolled steel to add custom additions like drawers, wine racks and glass holders. He’s even made a 30-foot industrial staircase for a $6 million downtown loft. A custom shelf will cost you up to $4,500.

In 1989, Terry Moore, an Ojibwa woodworker, was walking down his street in Parkdale one morning and found an old Regency-style desk that someone had put out on the curb. He scooped it up, hauled it home and began reverse-engineering its production to figure out how it was built. He picked up a few more pieces and fine-tuned his self-taught skills from there, launching Black Bear five years later. Its focus: bespoke pieces featuring local and sustainably sourced woods like oak, walnut, spruce and cherry. Since opening his studio, Moore has worked with Richard Branson on his Necker Cup trophy and made a boardroom table for the Naskapi Nation. Traditions from his heritage find a way into his work: he recently redesigned a set of heirloom tables incorporating seven carvings rooted in the Ojibwa story of the seven grandfathers. Price upon request. 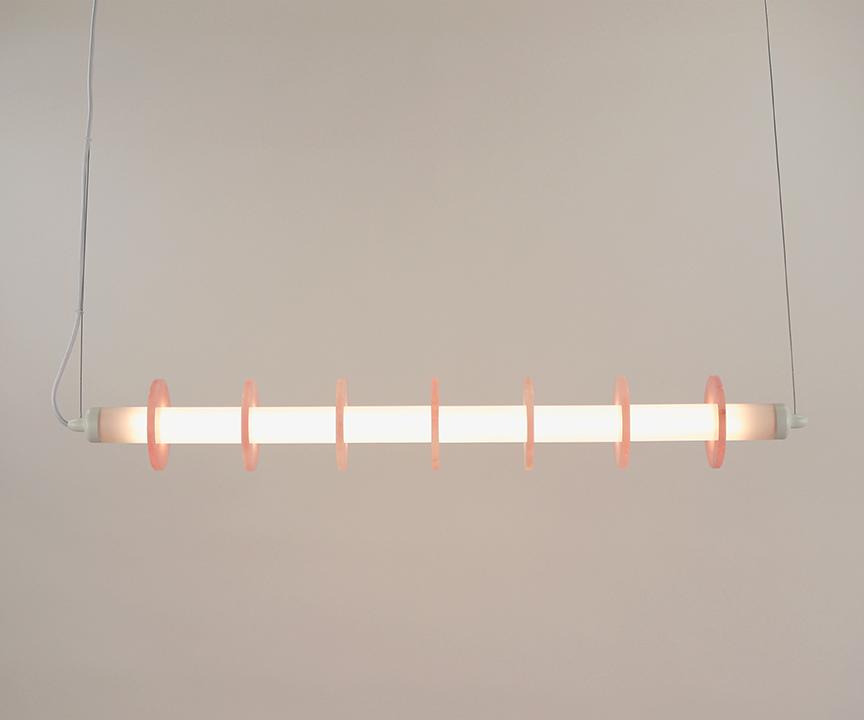 In 2015, Sarah Cooper, a product development manager, and Rob Southcott, a home furnishings designer, decided to collaborate on a lighting collection and spent a year designing and putting together their debut collection, combining futuristic shapes and winding curves with warm hues and natural elements like rose quartz. Cooper and Southcott also work on custom designs, including the marquee for Toronto’s iconic El Mocambo lounge—a set of old school vanity lights and displays with 36 Edison style bulbs wrapped around an oversized steel fixture—and their Aura floor lamp, which was featured the set of Netflix’s Monarca. Custom designs range from $2,000 to $10,000.