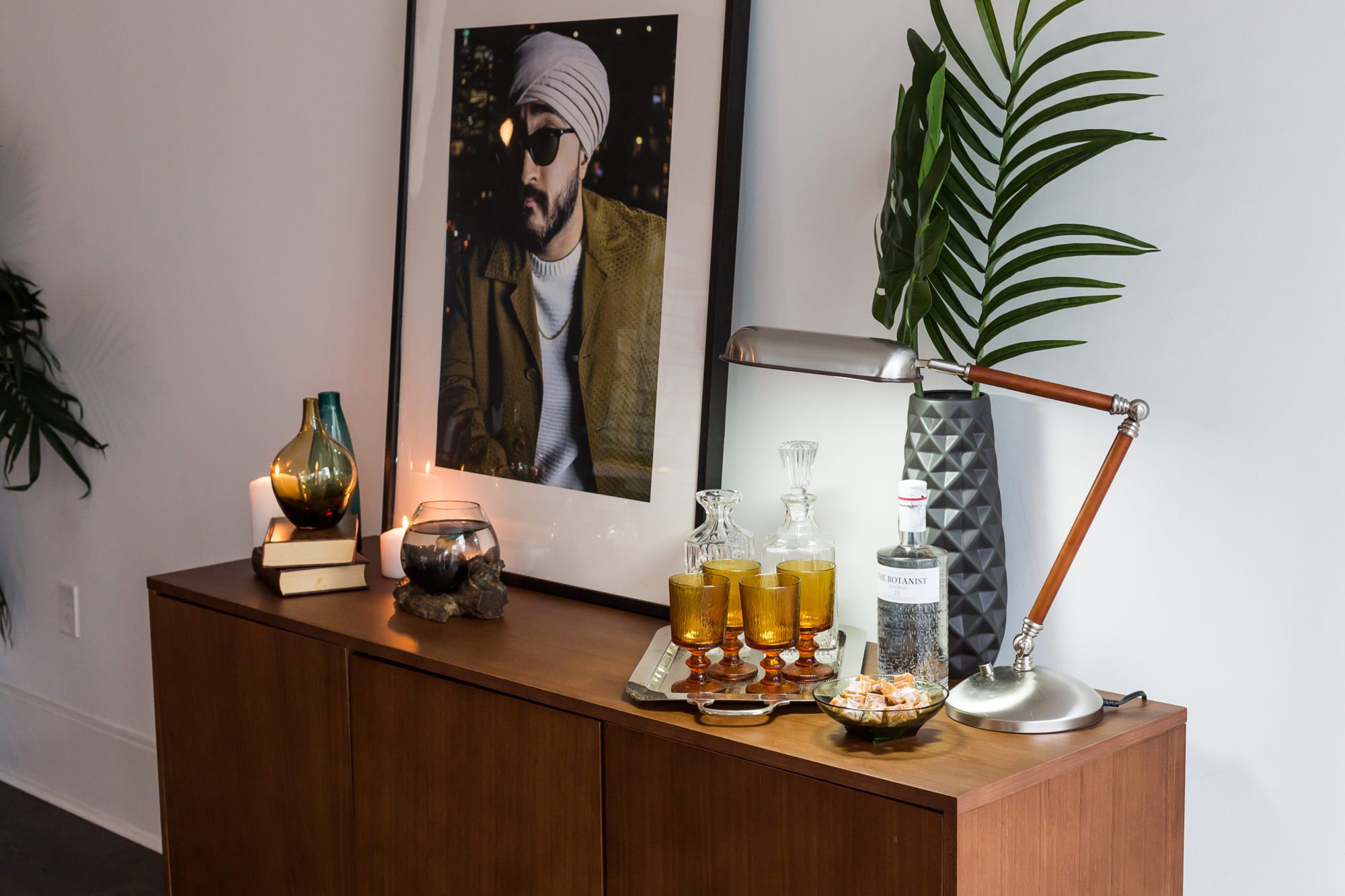 When Jasmeet Singh, a.k.a. the Brampton-bred YouTube sensation Jus Reign, moved into a downtown rental condo earlier this year, he didn’t know quite what to do with the place. After living there for a few months with only a sectional sofa, dining room table and bedroom set, he decided to enlist his friend, designer Jaclyn Genovese, of Spaces by Jacflash, to transform the space into a cozy paradise.

He was headed away on a two-week work trip to L.A., and he wanted the apartment to feel like home by the time he returned. His parents always had lots of plants around the house when he was growing up, so he asked Genovese to put together an interior with a lush, tropical vibe. He dubbed the space “the Reignforest,” and the name stuck.

The condo already had a new kitchen and sleek walnut floors. Genovese added outdoorsy touches and a greener colour palette. She installed natural-looking pendant light fixtures, added bamboo and jute furniture pieces and designed custom teak partitions. She also filled every corner with tropical houseplants, including banana trees, palm fronds propped up in vases and a faux-living wall above the bathroom’s soaker tub. The end result has warmth and personality worthy of its comedian tenant. “It’s still classy and timeless, despite the fun concept,” says Genovese.

Most of the furniture was either vintage, or sourced from West Elm or CB2. When he returned from the west coast, Singh was pleasantly surprised to find that the interior feels super-spacious, even though Genovese added a bunch of stuff: 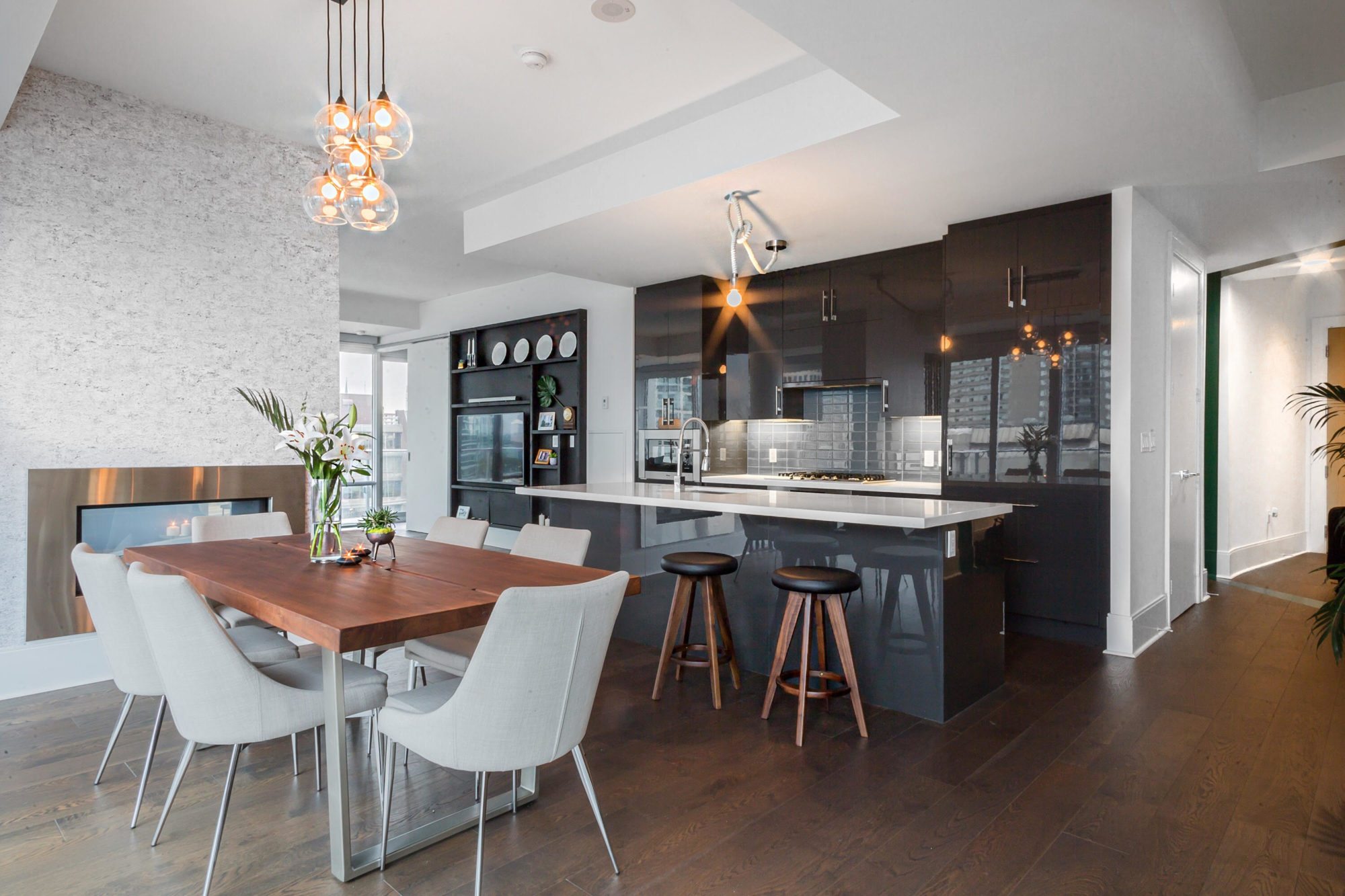 In the living room, Genovese added some colourful throw cushions, a bamboo chair and a rattan-and-marble Hettler Tüllmann coffee table: 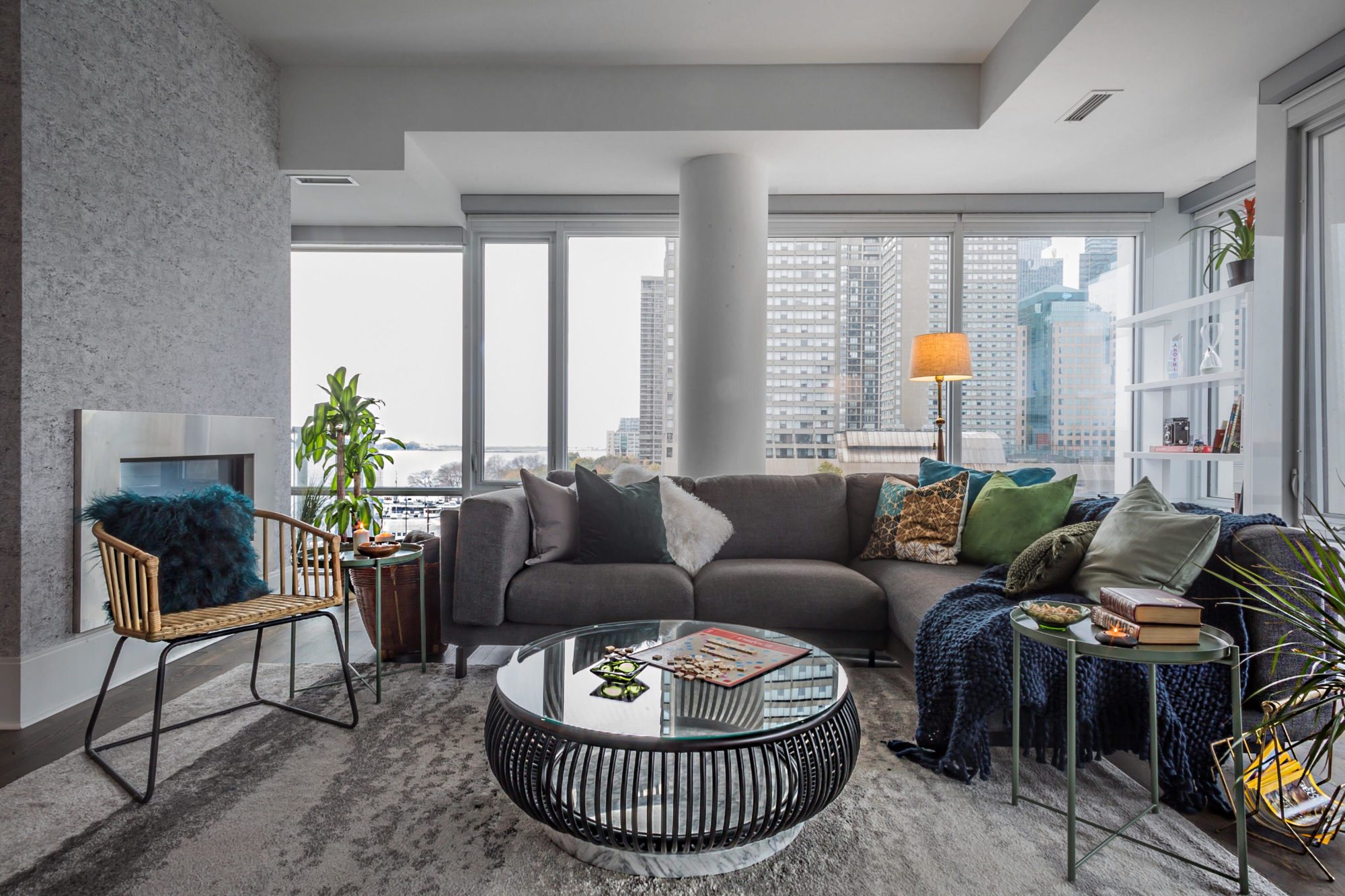 The eating and living areas are divided by a set of teak slats, designed by Genovese. She covered the fireplace wall in concrete-style wallpaper, to give the space a more industrial feel: 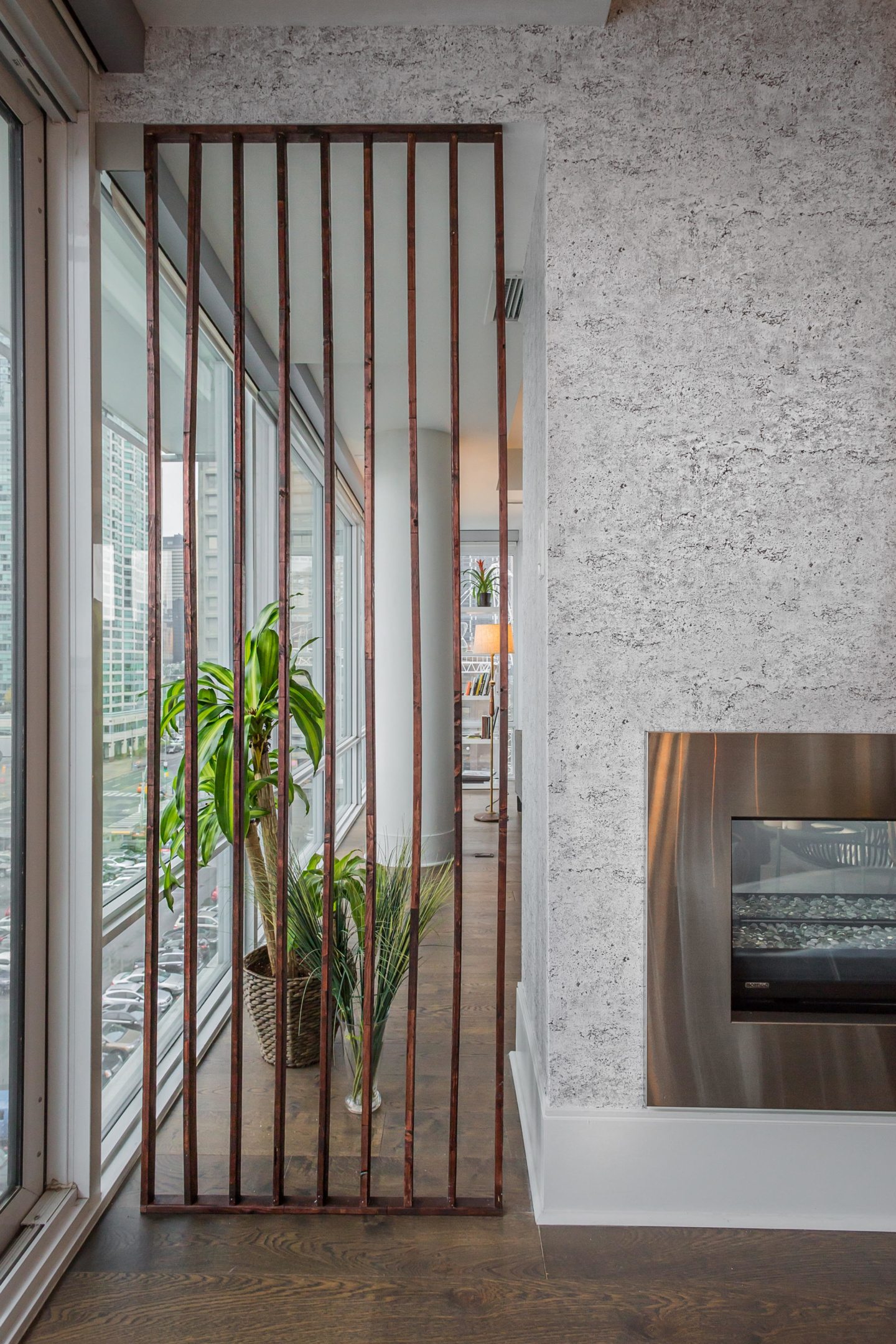 The bedroom has a jute carpet. Genovese installed the wooden ceiling beams during the redesign: 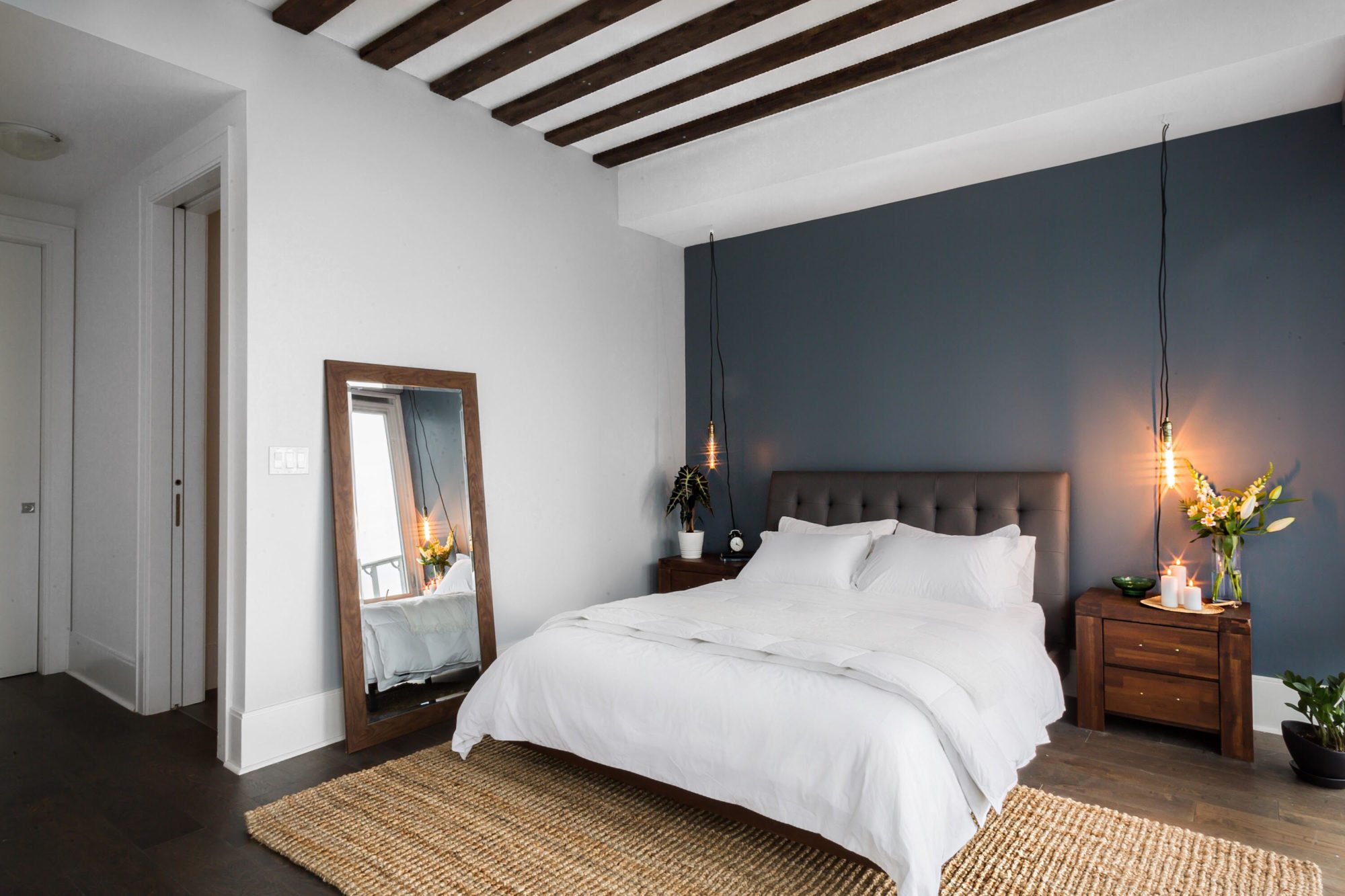 This antique dresser was another new addition: 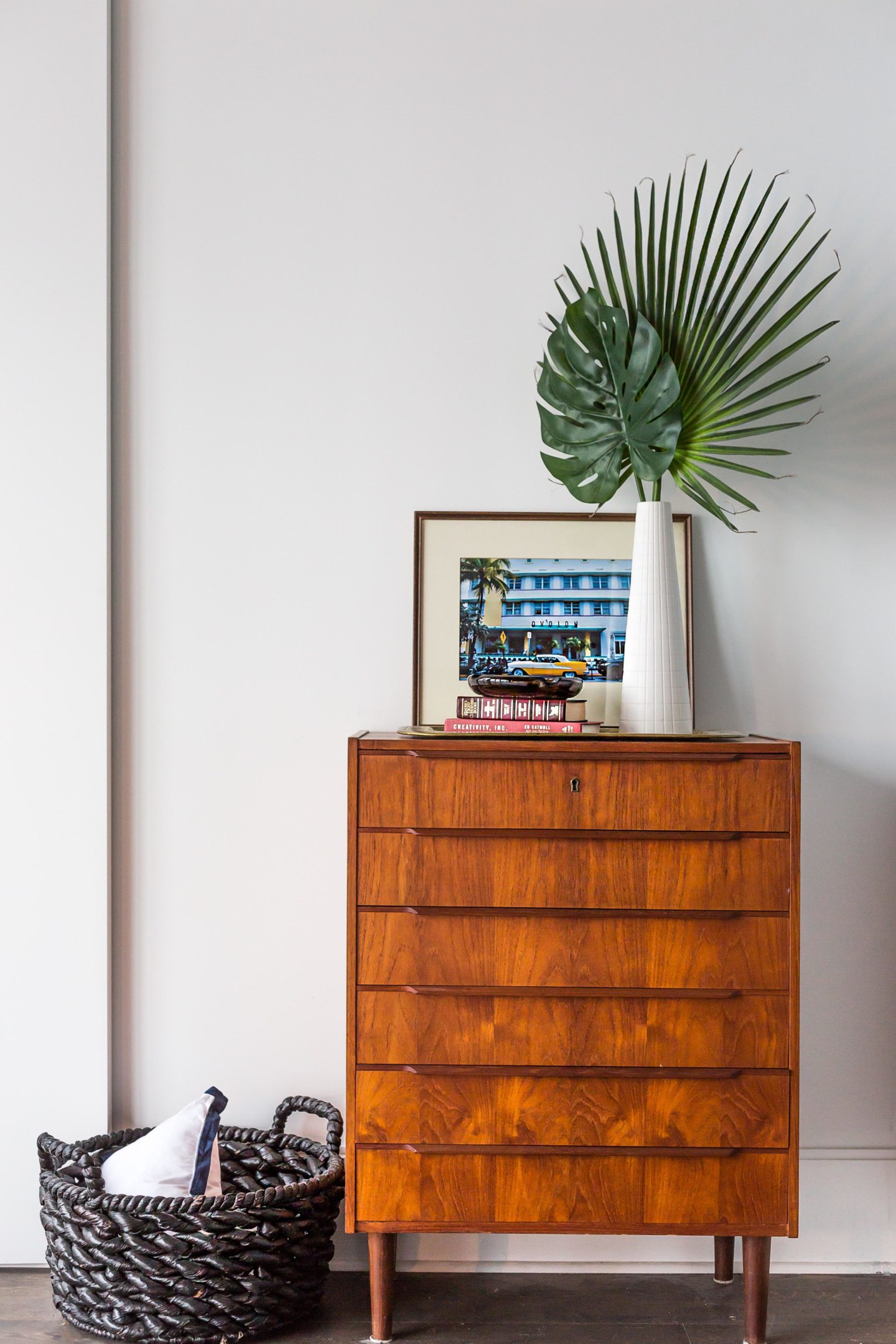 The custom TV console in the living room is filled with family memorabilia and antiques: 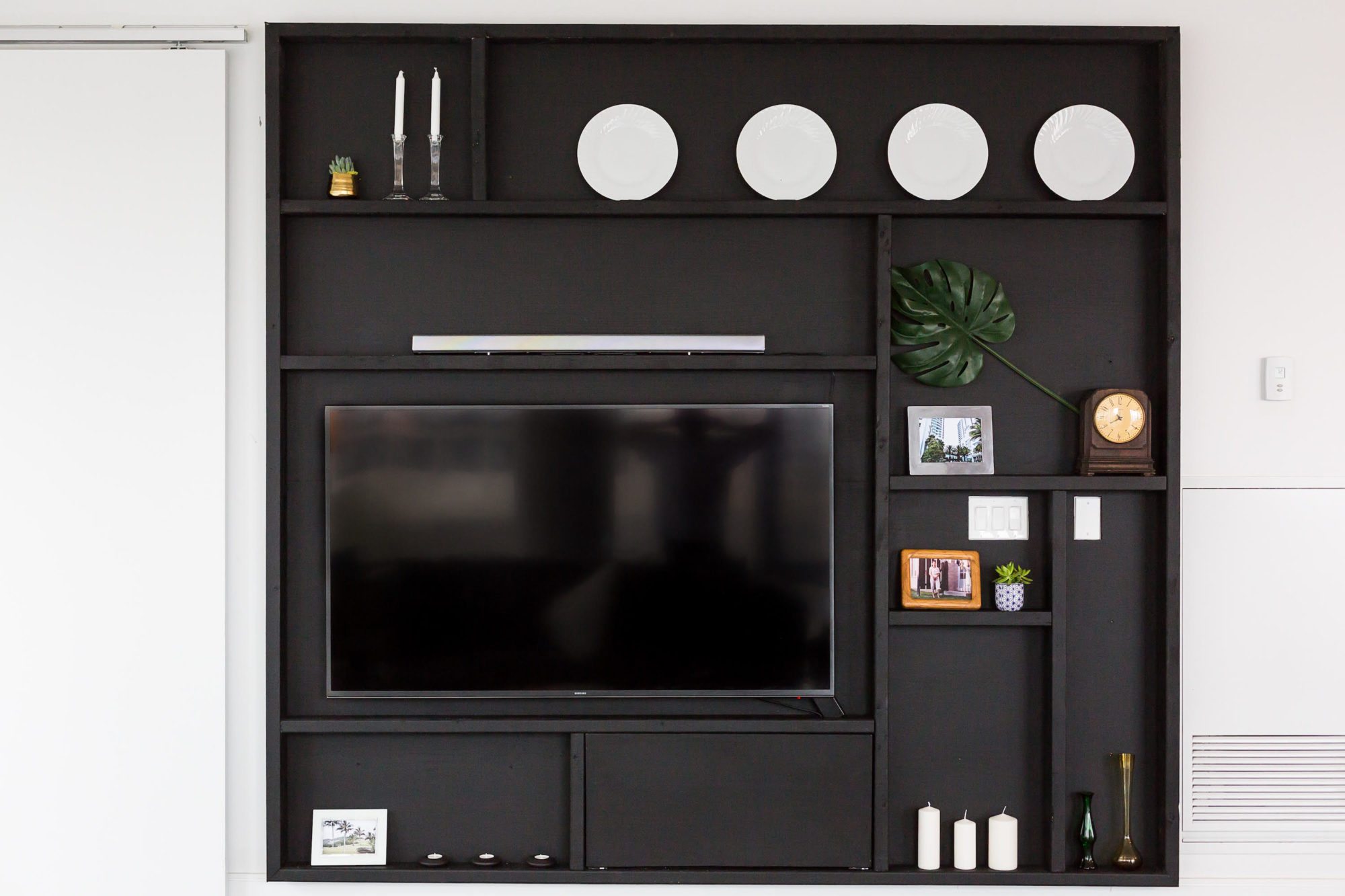 Here’s the bathroom, with the plant wall above the tub, and a stool made to look like a tree stump: 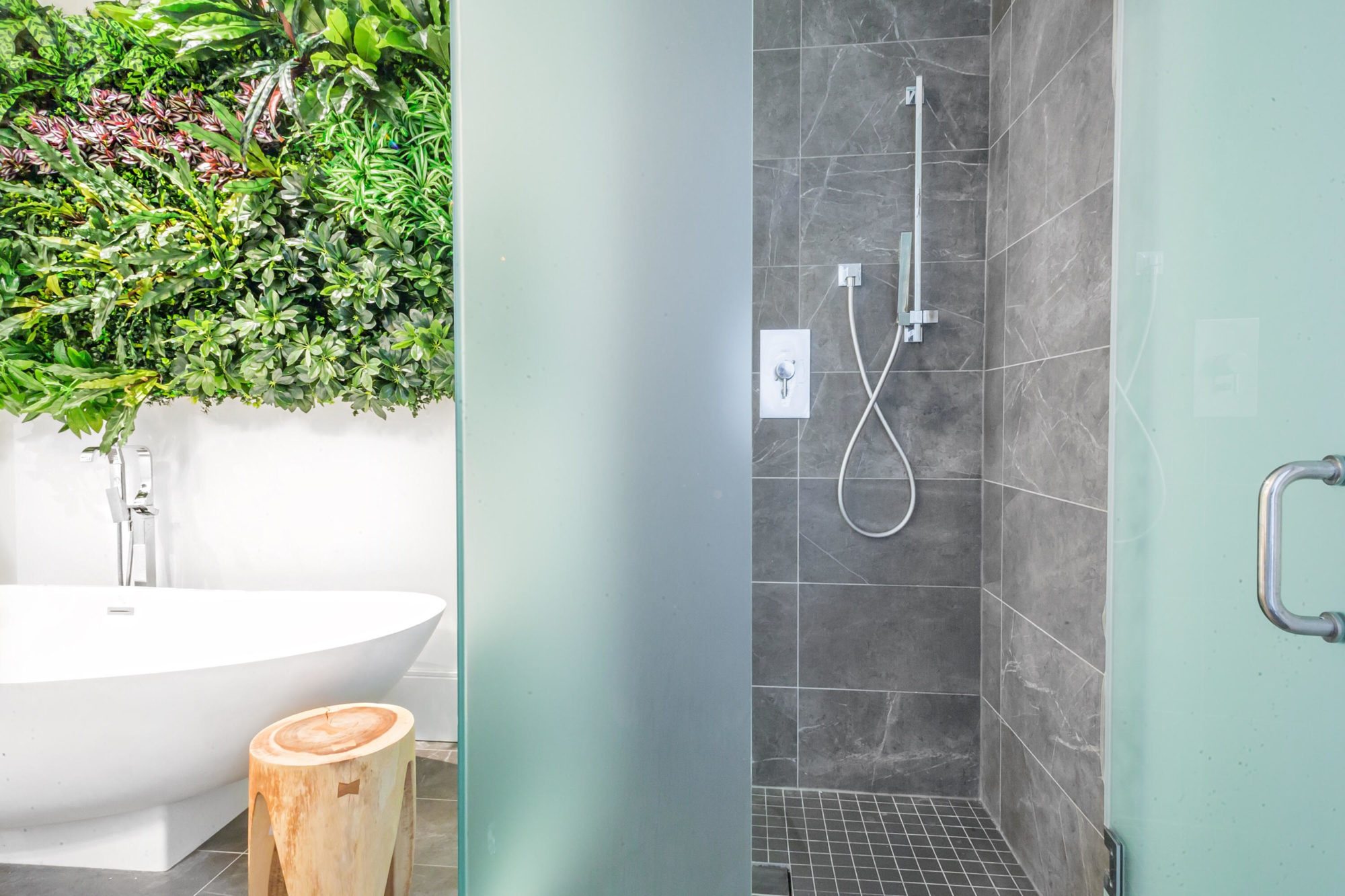 And here’s the tenant pondering the meaning of life in his new kitchen: