Inside the zany closet of accessories purveyor Zane Aburaneh, with Lionel Richie sweatpants, baby shoes and lots of vintage

Inside the zany closet of accessories purveyor Zane Aburaneh, with Lionel Richie sweatpants, baby shoes and lots of vintage

Zane Aburaneh started hawking accessories out of his apartment back in 2010, hosting pop-up events for up-and-coming designers and brands that weren’t available in Toronto yet. He opened his eponymous boutique on Queen Street a year later, and a Yorkville location followed in 2014. “I’ve always thought accessories were the fun stuff,” says Zane. “Jeans and T-shirts are everlasting, but accessories make our uniforms unique.” He was one of the first retailers to stock local jewellery brands like Biko and Jenny Bird, and still prides himself on carrying over 70 per cent Canadian-produced goods.

His Queen and Spadina loft, which he’s owned for about five years, is a retreat from his hectic life. He’s decorated it in a sultry bohemian fashion, with trinkets from travels, art from friends and a few statement discards from his stores (like a grandiose mirror and light installation made out of spare bulbs). Sartorially, he mostly adheres to a simple philosophy: “If it feels good, wear it.” It might be a silk shirt and tons of chunky silver rings in the summer, or a vintage three-piece suit layered over a knit turtleneck sweater in the winter. Though he’ll splurge on some staples, like a black Issey Miyake hoodie, he also loves to source dickies from the paint shop for $29. Every morning, he bundles up for his outdoor tai chi practice, and he always dresses for the weather—which he checks in an old-school fashion, by opening up a window and sticking out a hand. “I’m like a chameleon,” he says. “My aesthetic changes depending on my mood, the day and the energy of the air.”

One of his baby shoes is kept under a glass cylinder on his bedside table. It’s among his most cherished objects: 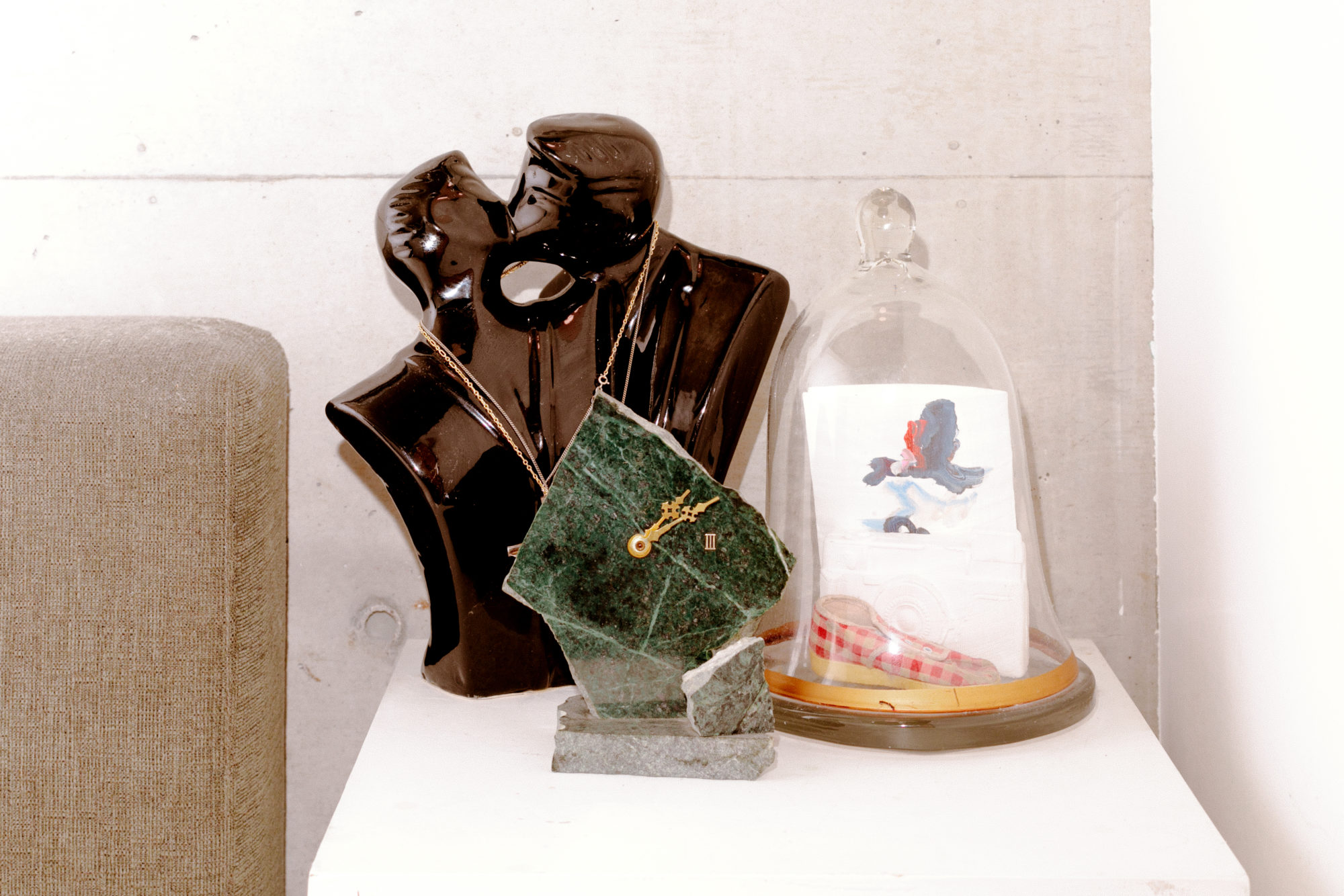 “Jumpsuits are the best,” says Zane. “They make me feel so free.” This one is from Mama Loves You Vintage on Queen Street, a regular pit-stop on his walks home from his store: 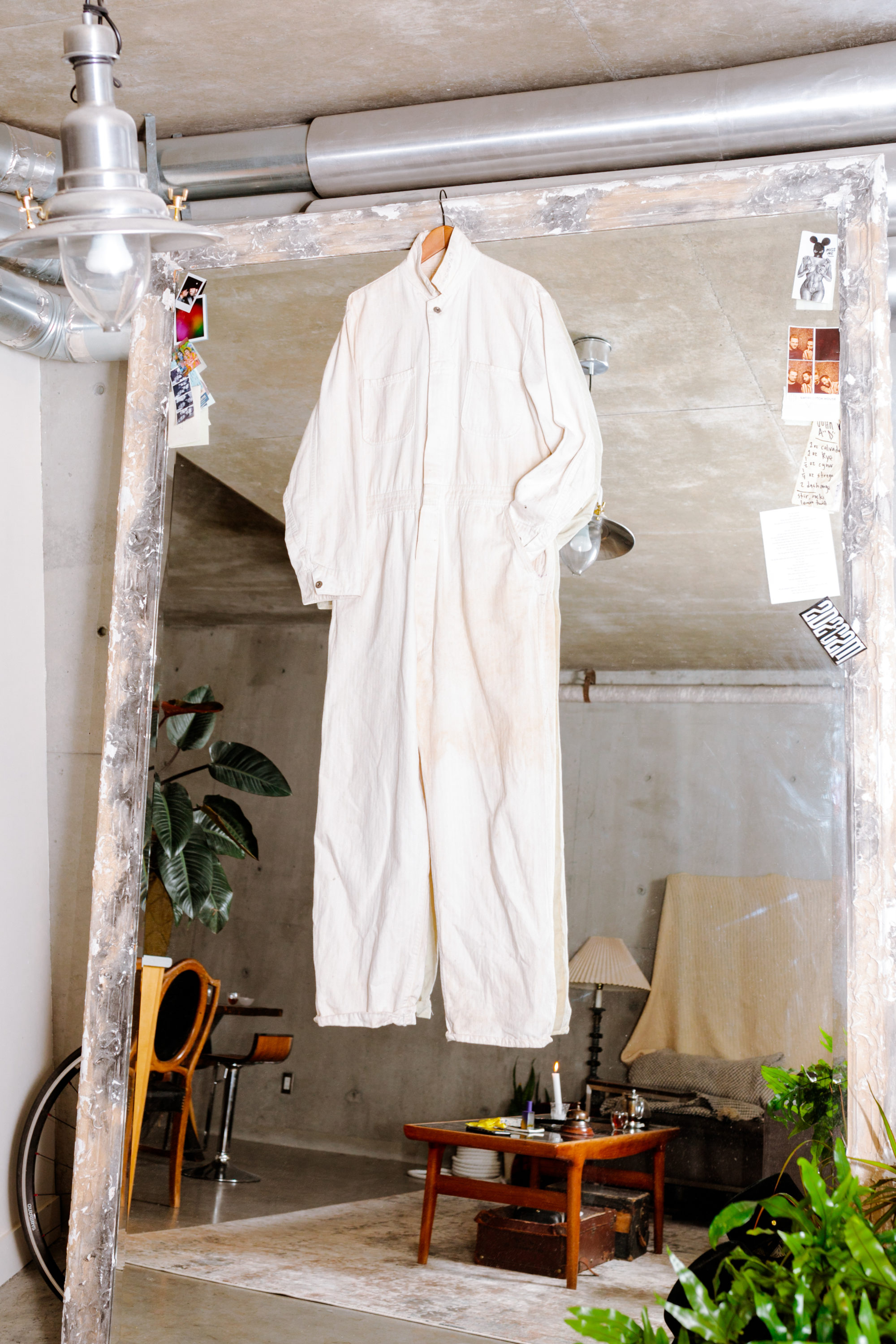 This vintage silk shirt is ripped up the side, but that doesn’t prevent Zane from wearing it regularly during warmer months. “It’s soft, man, and feels amazing.” 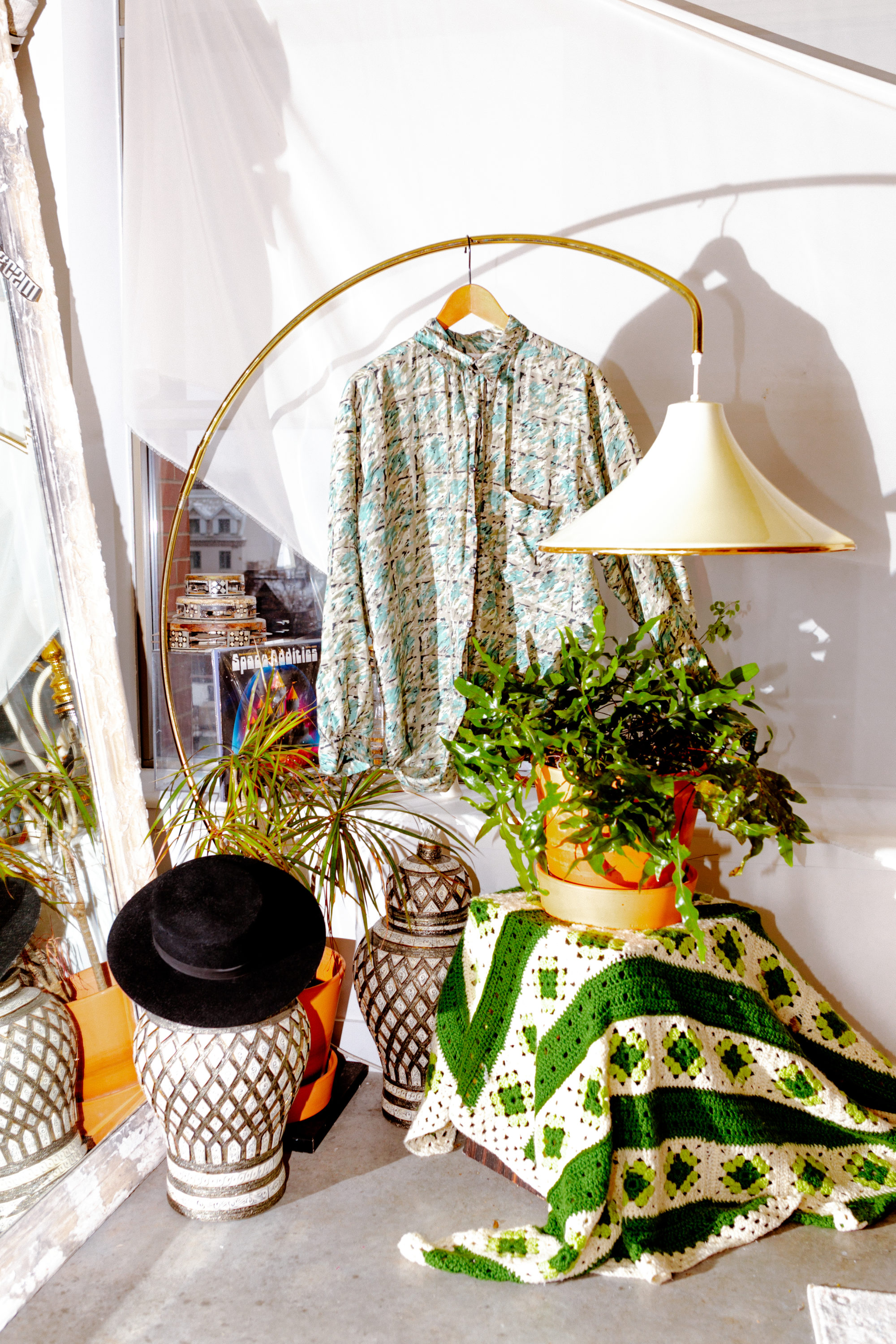 Right now, he’s into oversized vintage concert T-shirts. This one’s a triple-XL Garth Brooks T-shirt he picked up at Mama Loves You Vintage: 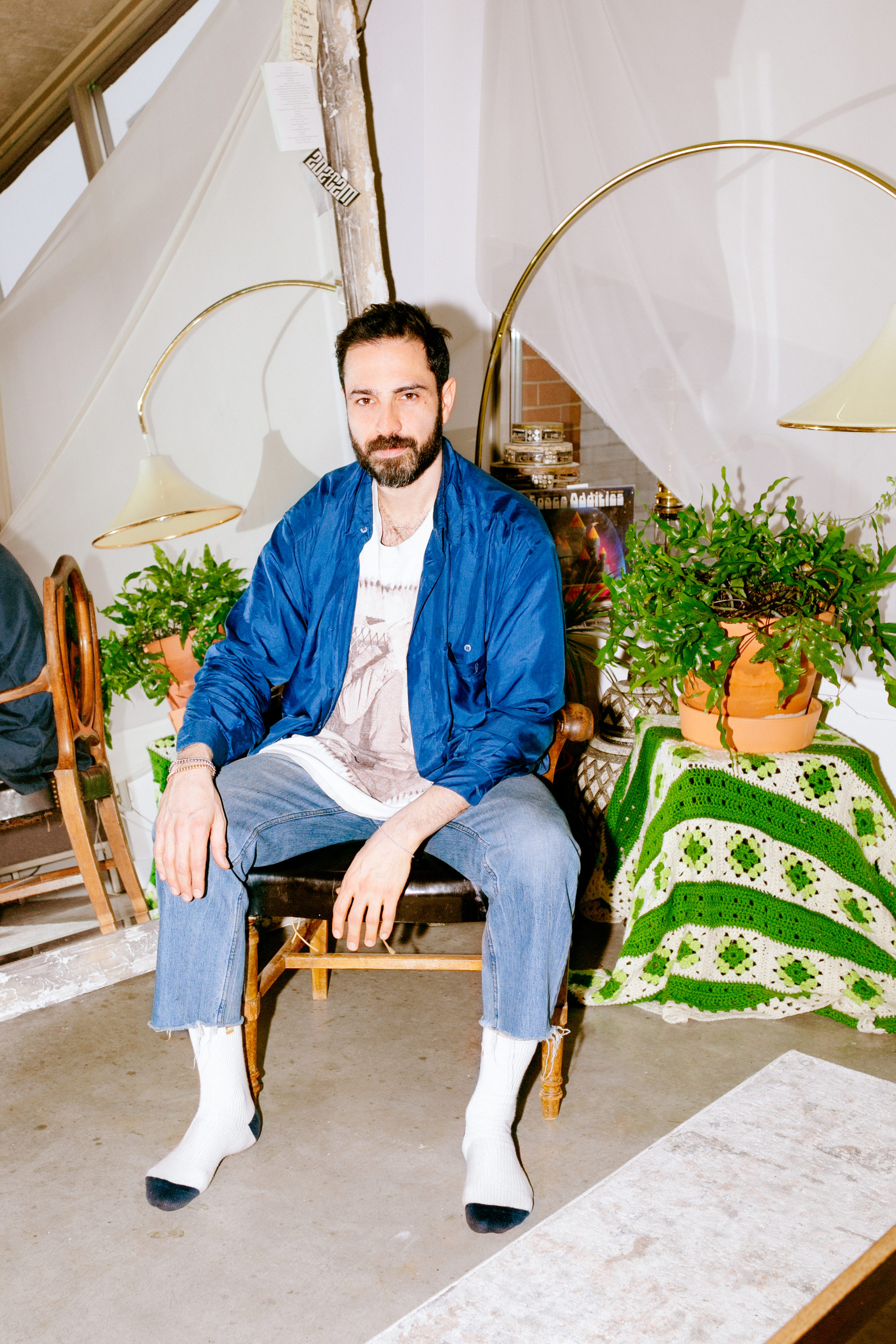 And not just tees: he wears these Lionel Richie sweatpants for tai chi nearly every day: 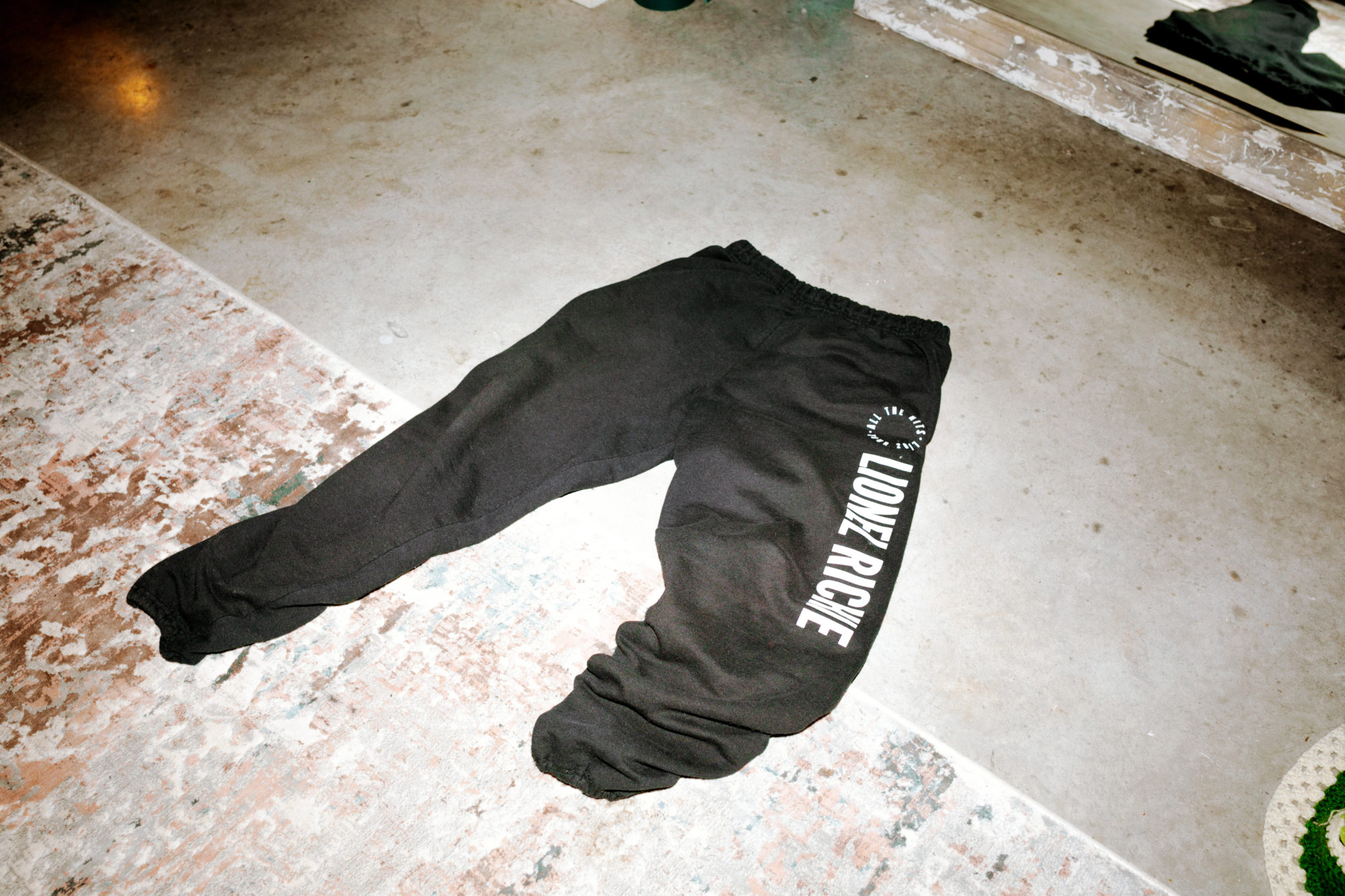 He found the green flannel in Korea. He loves bringing home items from places he’s visited: 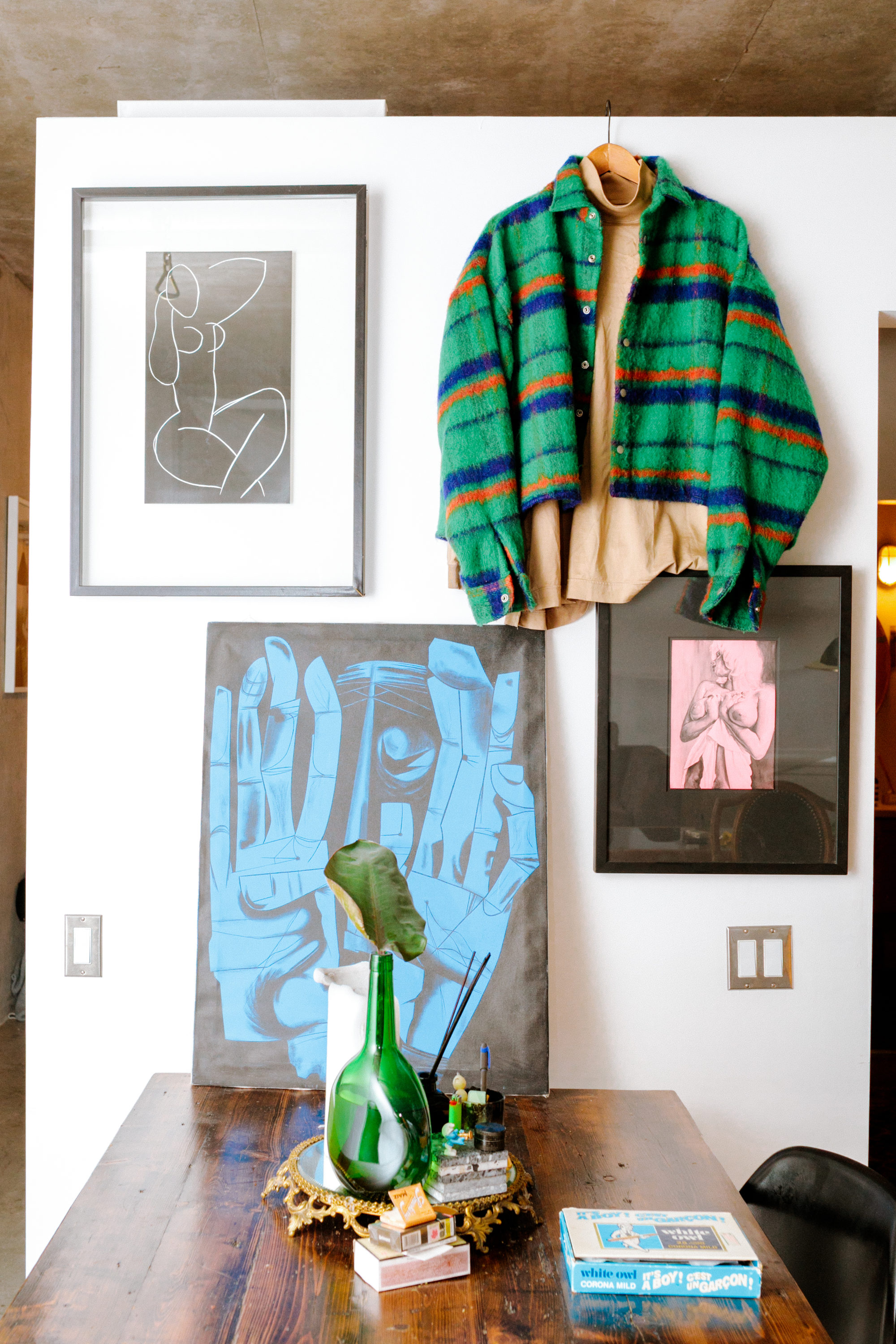 He picked up this tan 1920s double-breasted suit at Queen Street’s Flashback Vintage. “It’s very on trend, with a high waist and big collar,” he says. He’ll wear it with a beige sweater underneath: 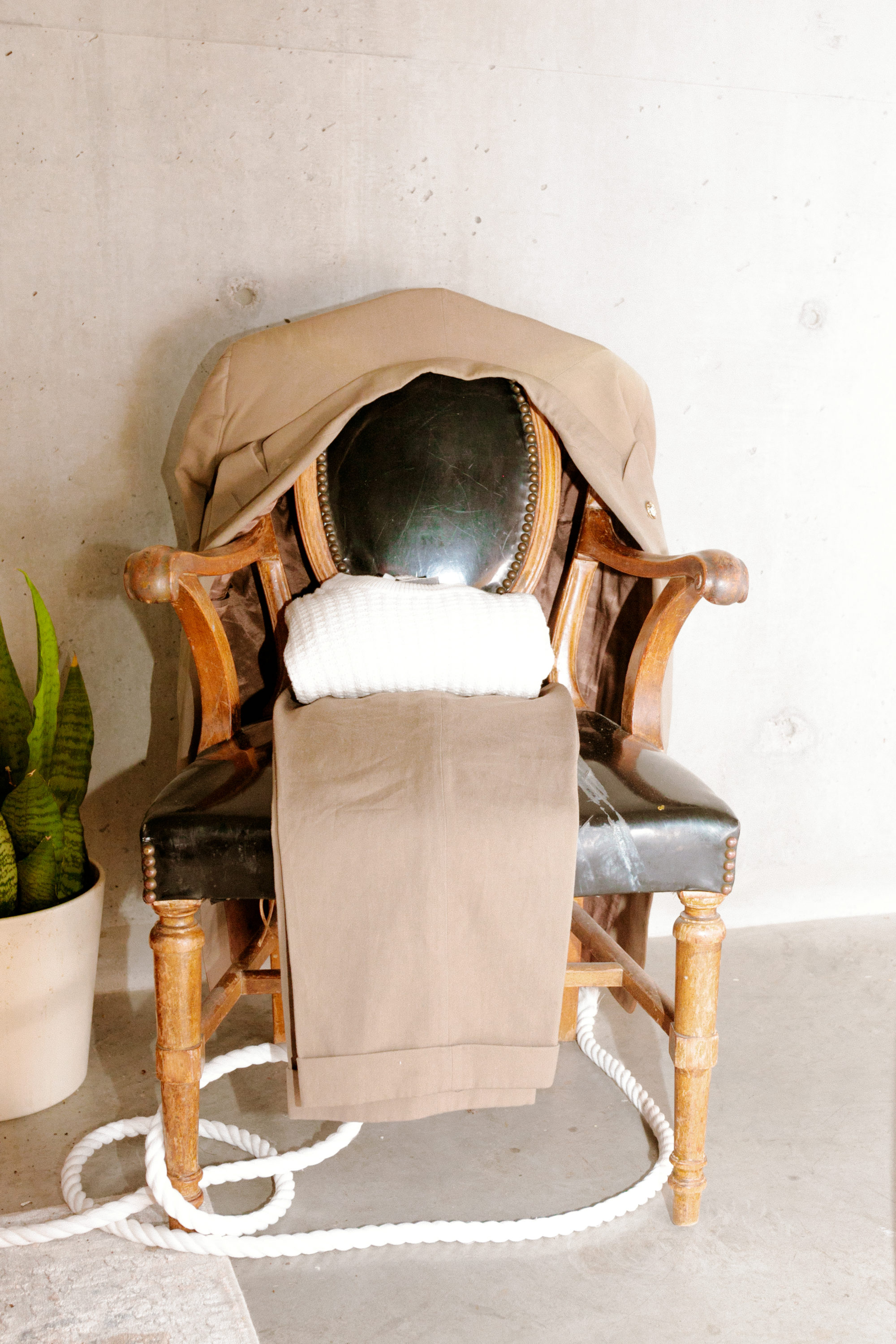 He keeps his silver rings tied around a piece of yellow cloth. He finds he wears them more in the warmer months, when he doesn’t have to worry about wearing gloves. They’re sitting atop a jewellery box his mother gave him, and next to a matchbook from Korea: 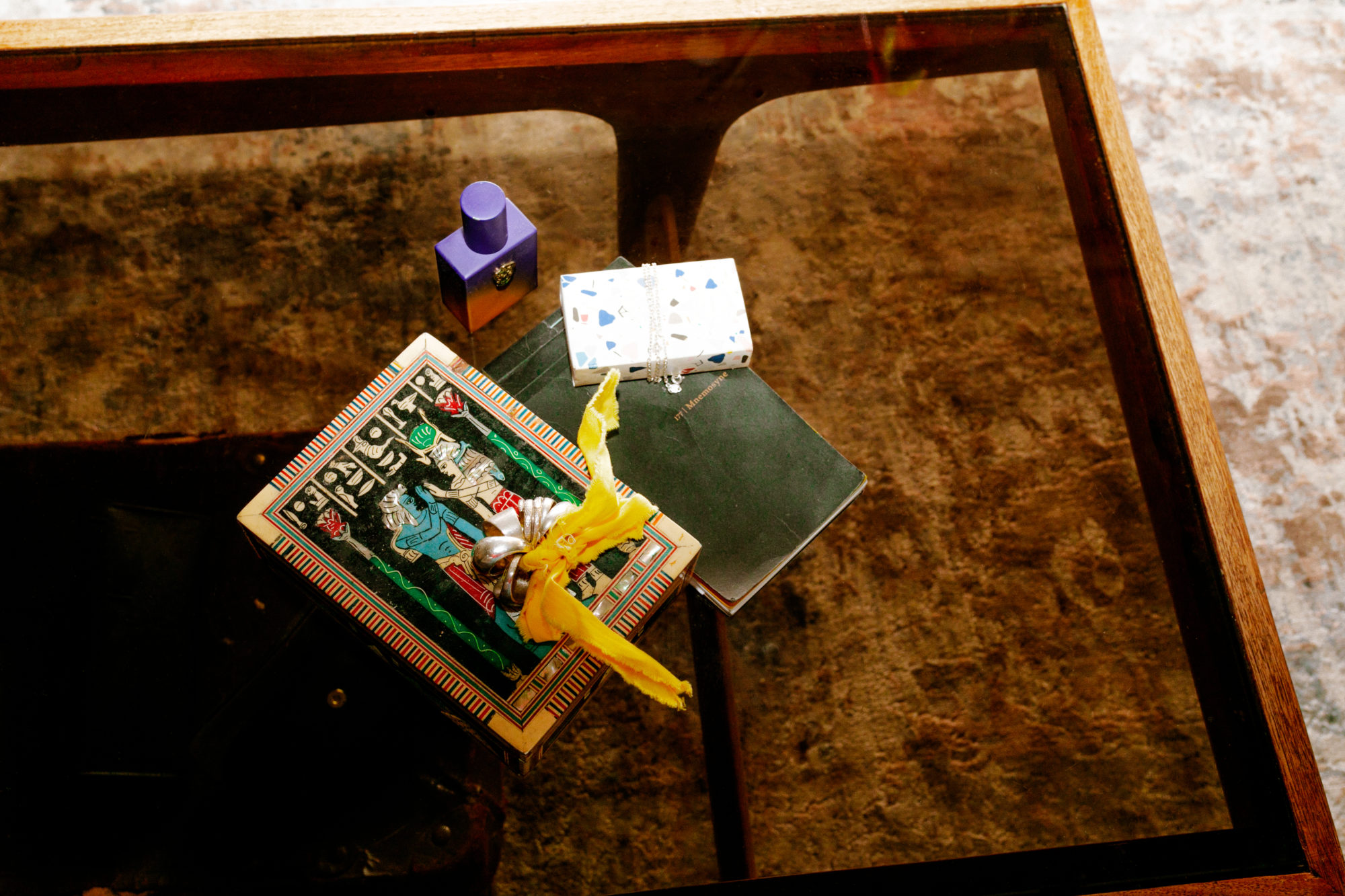