The most fascinating works on display at Toronto Fashion Week’s Salvador Dalí exhibit, including a $2.5-million sculpture

The most fascinating works on display at Toronto Fashion Week’s Salvador Dalí exhibit, including a $2.5-million sculpture

During Toronto Fashion Week, Yorkville Village is playing host to a giant (and free) exhibition devoted to the moustachioed Spanish surrealist Salvador Dalí. The show was curated by the shopping centre with the help of Hazelton Lanes Fine Art Galleries, the city’s exclusive Dalí dealer, and the Dalí Universe, which runs Dalí exhibits around the world, and includes pieces that highlight the artist’s impact on the fashion world over the past century. In addition to sculptures and paintings, the show also includes a selection of custom designer dresses (from names like Franco Moschino and Vivia Ferragamo) commissioned by the The Dalí Universe in the 1990s. Everything, except for the dresses, is for sale, though not on the cheap—the most expensive item will run you $2.5 million. The show runs until the end of the month. 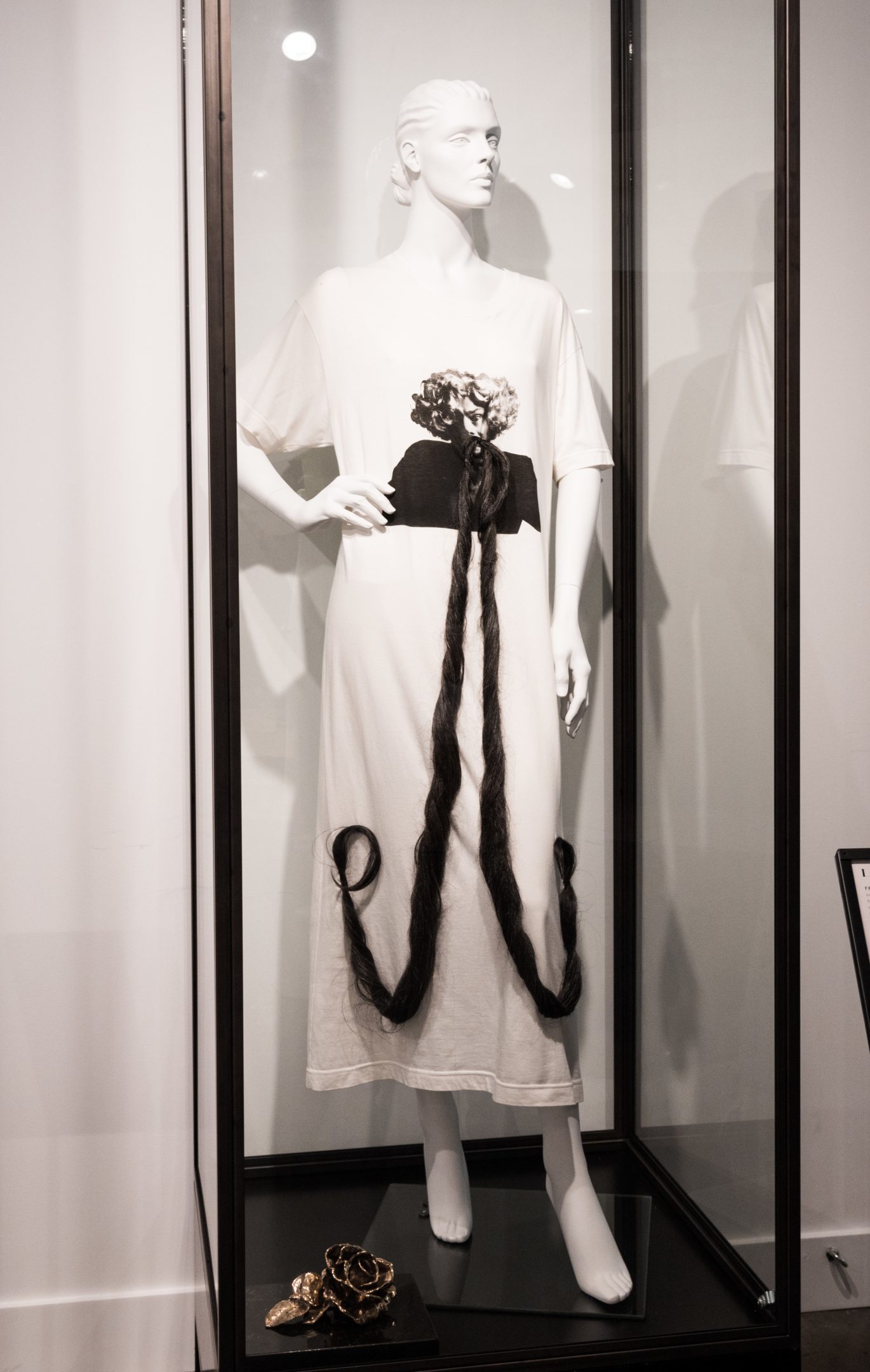 Here, Stewart Parvin, who has designed outfits for the Queen for two decades, reinterpreted Dalí’s Lips sofa, which was inspired by Mae West’s signature pout, in a simple frock: 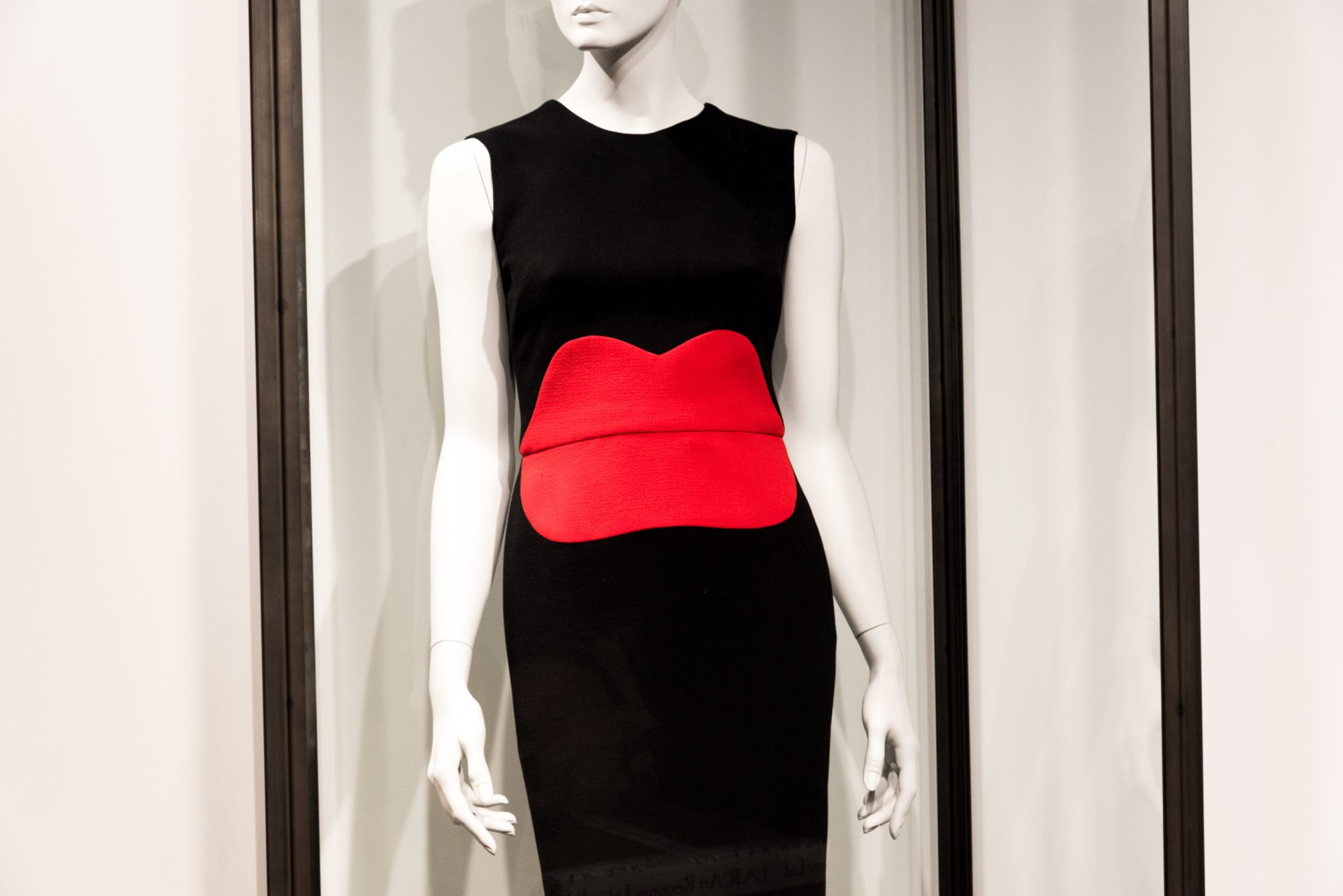 Korean designer Yung In decorated this traditional quilted dress in Dalí-esque themes: the open drawers symbolize hidden secrets and the melting watches dripping downward are a nod to the fleeting nature of time: 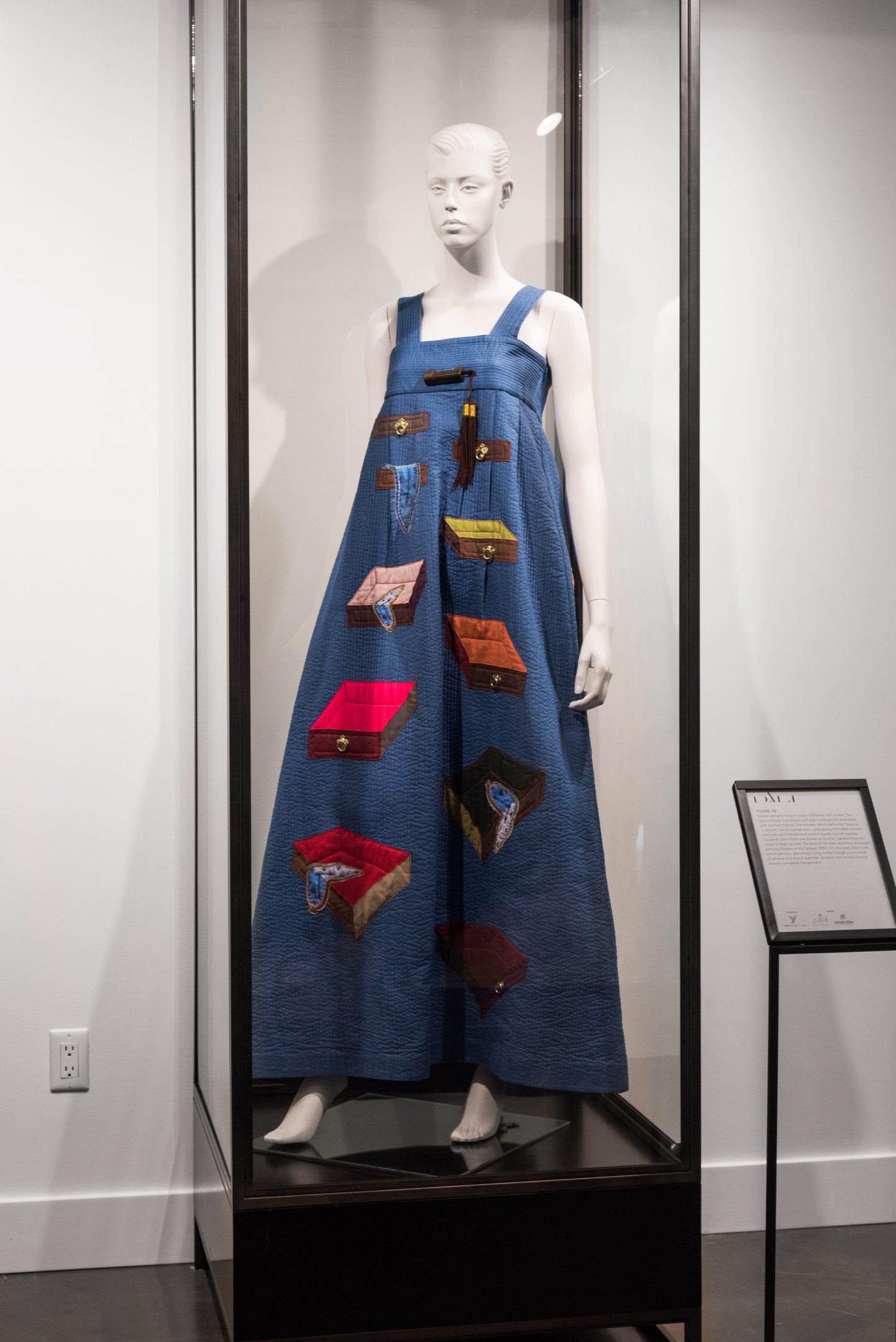 Space Venus depicts an egg inside a female torso. The egg represents birth and eternal life, while the melted clock on the neck shows that everyone succumbs to time eventually. There are two numbers missing on the clock, five and 11 (Dalí’s birthday is May 11): 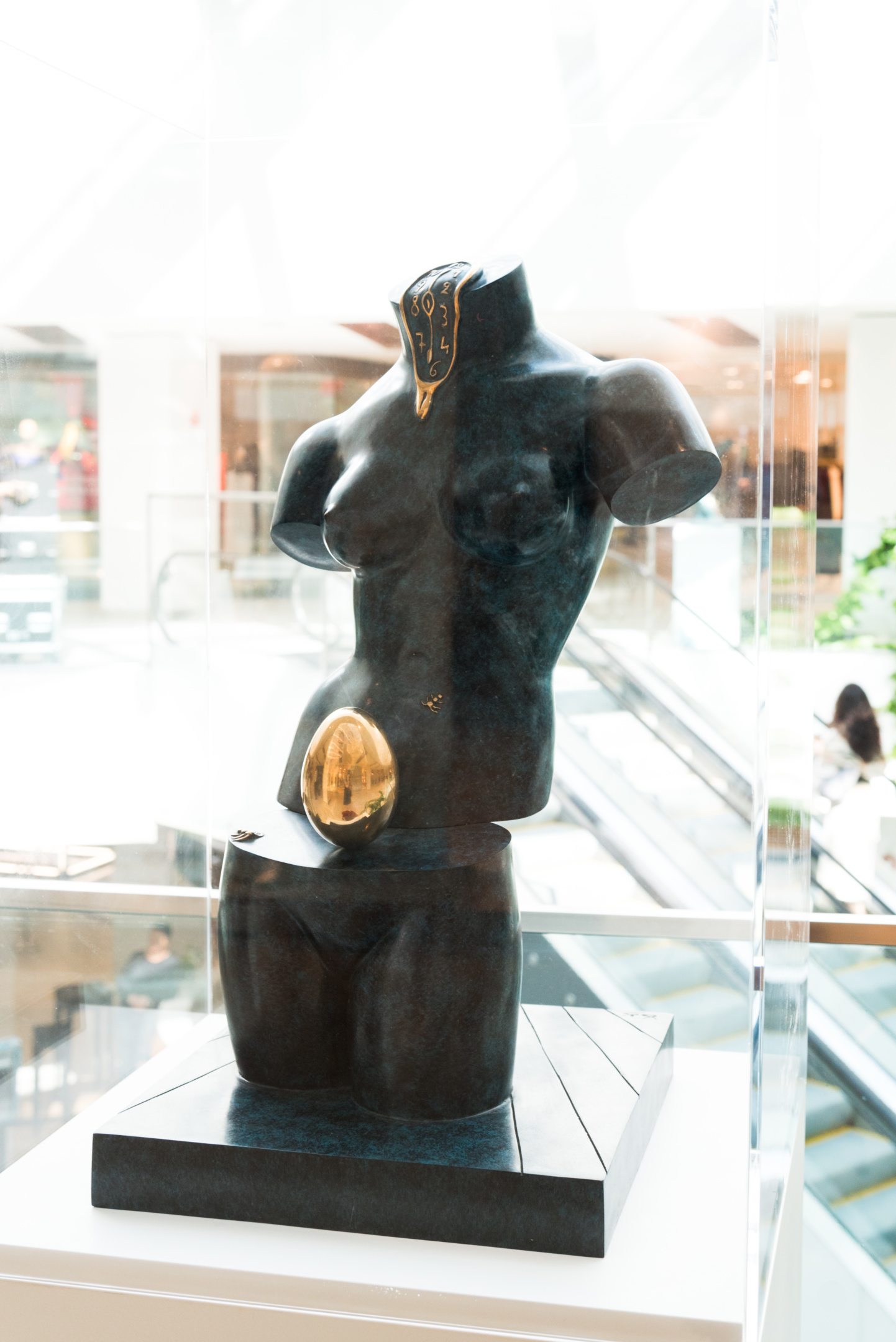 The back of this gown, by British designer Betty Jackson, is embroidered with a majestic butterfly, another recurring image in Dalí’s work. The haphazard, blood-red stitching is meant to contrast the butterfly’s beauty with the inevitability of death: 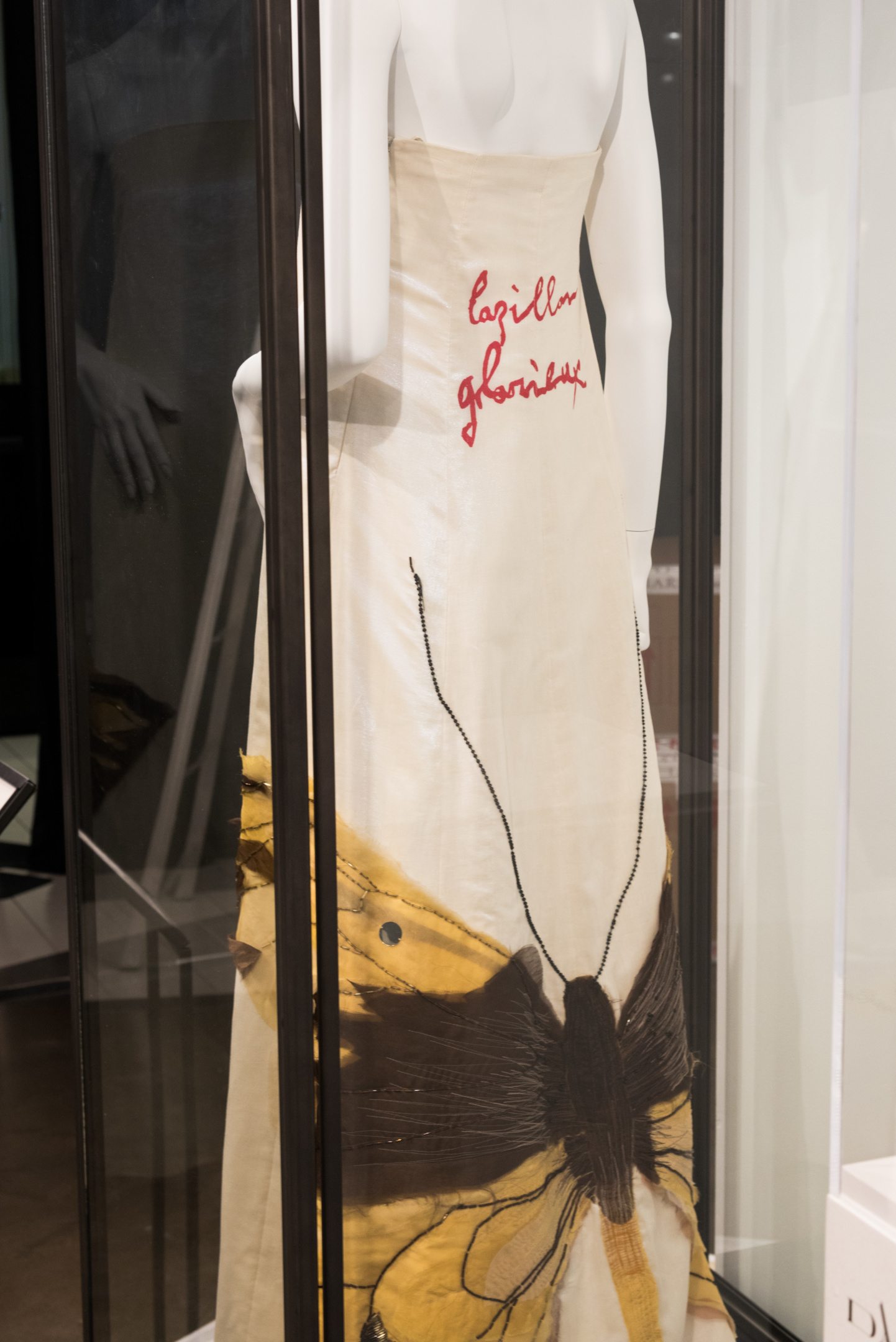 Vivia Ferragamo, the granddaughter of the famed shoe designer Salvatore Ferragamo, created this bright, earth-toned dress called Circle of Life. The eyes on the bottom represents how every person views the world differently: 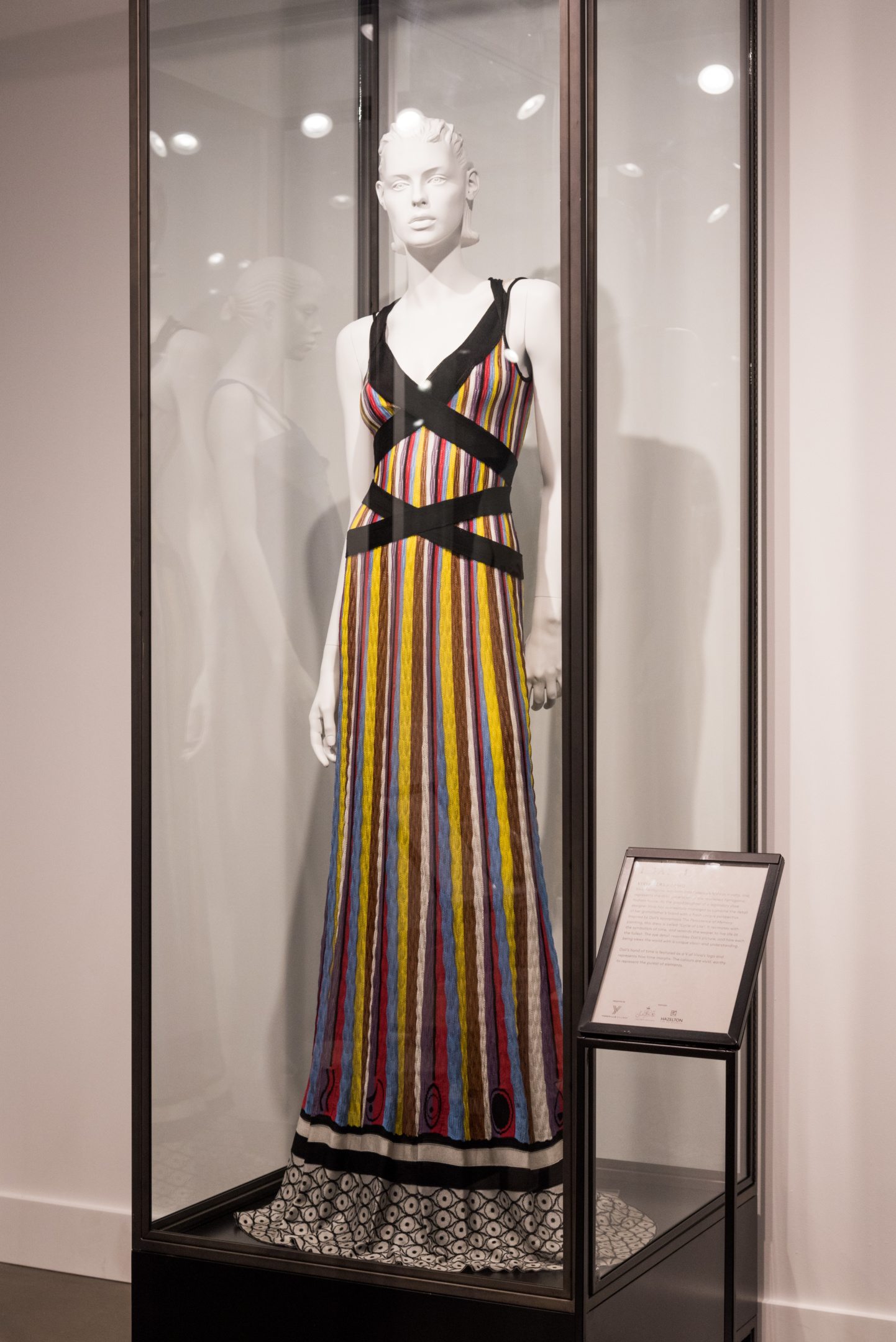 Woman Aflame, one of Dalí’s more famous sculptures, was inspired by Sigmund Freud and the concept of the subconscious. It shows a faceless female with a torso made up of open drawers (representing hidden secrets) and a burning dress (signifying intense desires). It can be yours for $2.5 million: 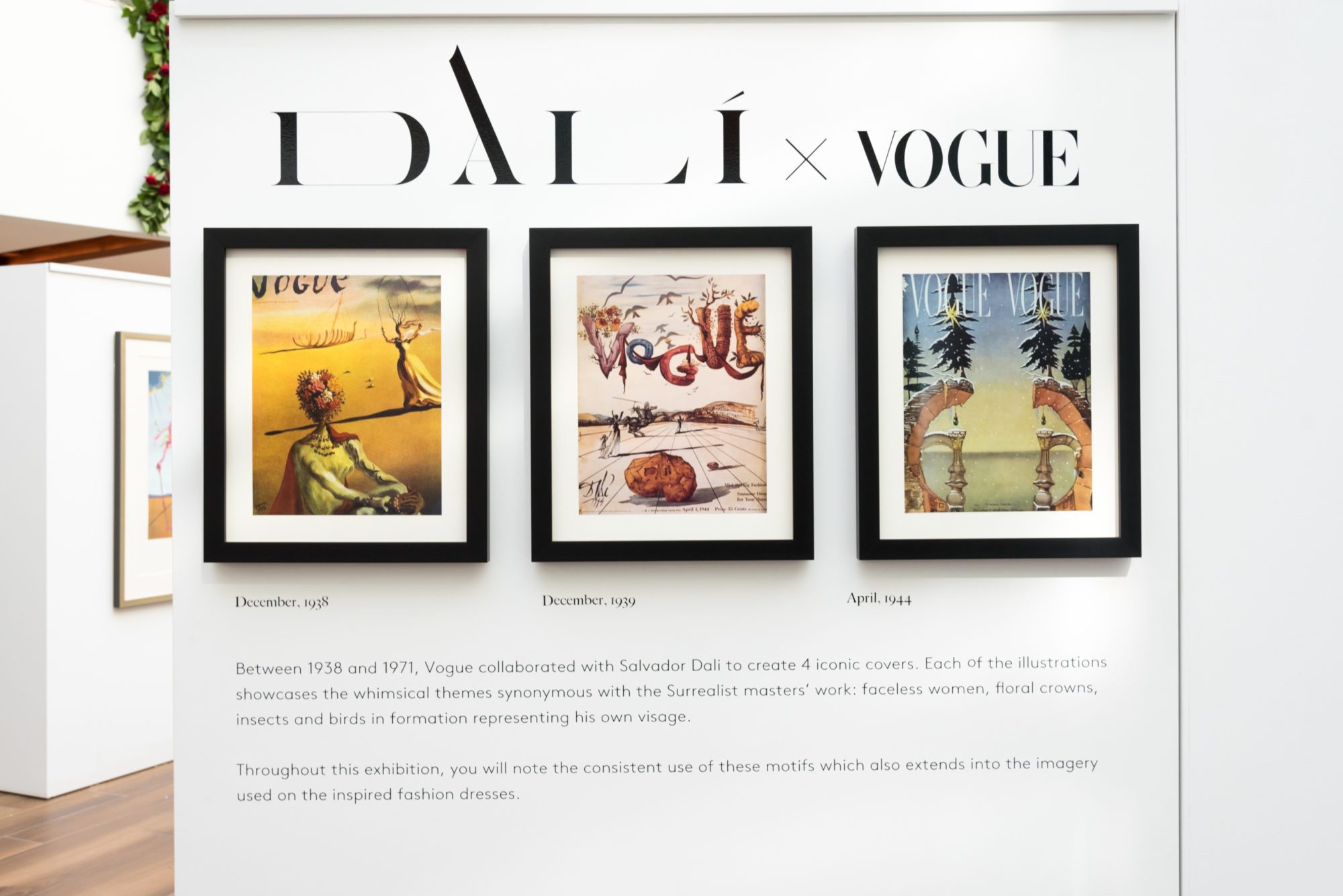 This melting clock is actually a self-portrait of Dalí’s face (the 9 is the moustache): 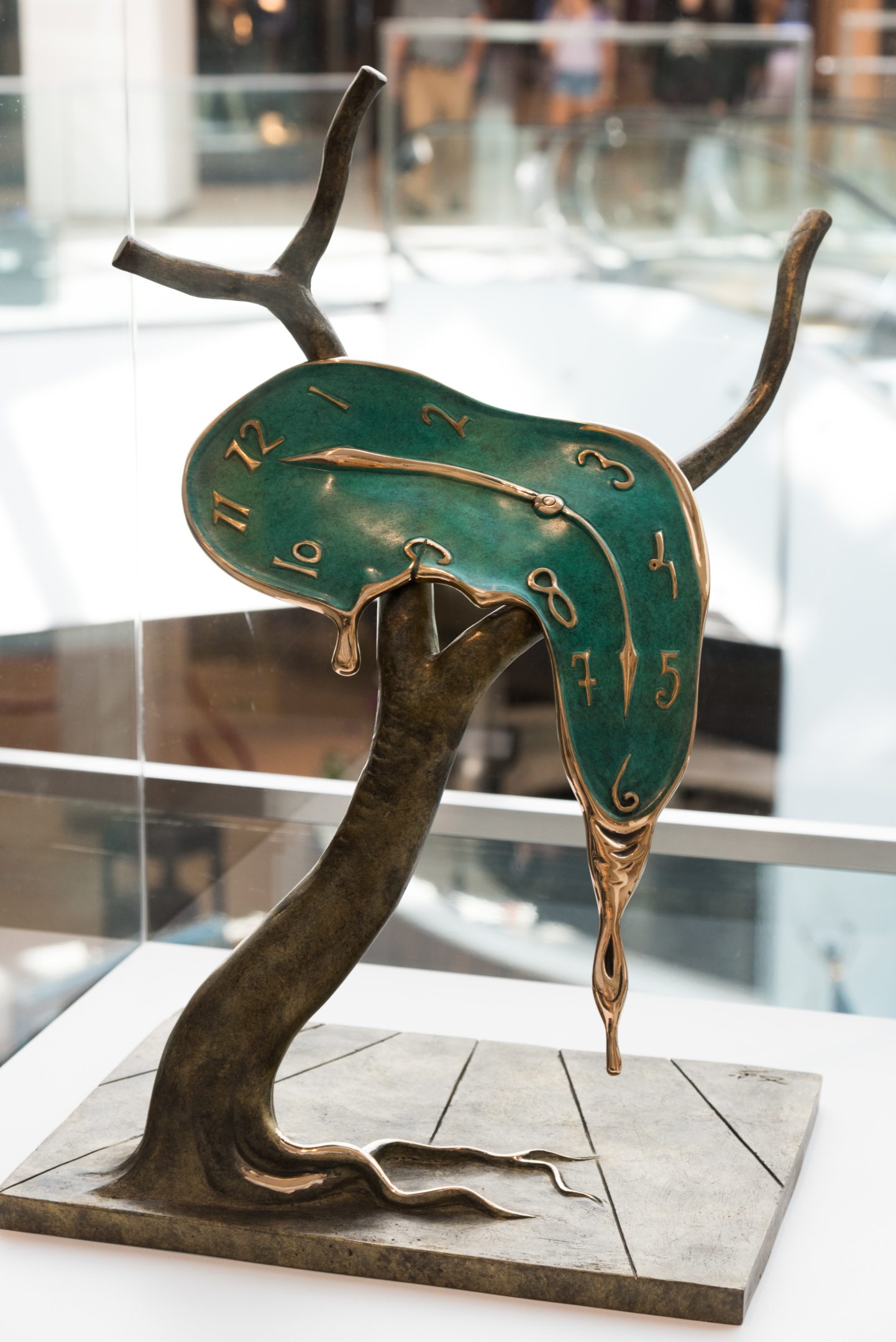