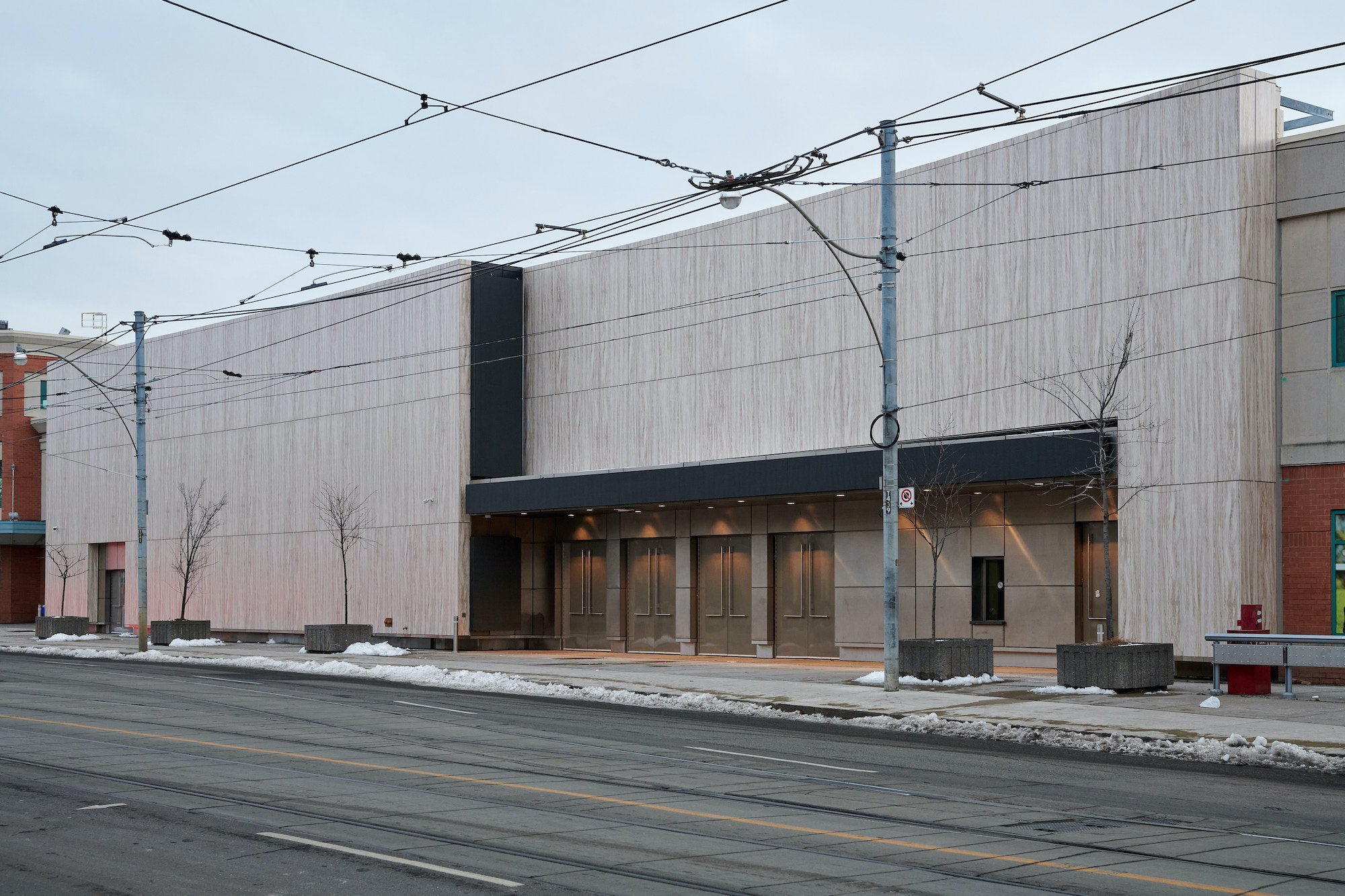 After a string of lockdowns. live music is back, baby. The latest addition to the scene is History, Drake’s new music venue, which opened in November of 2021 in partnership with Live Nation Canada. It’s meant to fill the void between the city’s smaller club venues and the behemoth Scotiabank Arena and Rogers Centre stadiums, and with just 2,553 seats over multiple tiers, it has a big-arena feel in a small square footage. Even the cheapest seats offer excellent sight lines.

Expect the Drake-isms to be subtle. Okay, there’s a framed set list or two and a few Degrassi-era photos, but his imprint is largely found in the details: the space was built out with high performance quality in mind, with massive LED screens, state-of-the-art soundproofing, dedicated quick-change rooms and a customizable staircase for pre-show pump-up sessions. Here’s a peek inside.

History may be far from the core, but that means it offers all those things downtown can’t—namely 300 parking spots (available to rent with ticket purchases): 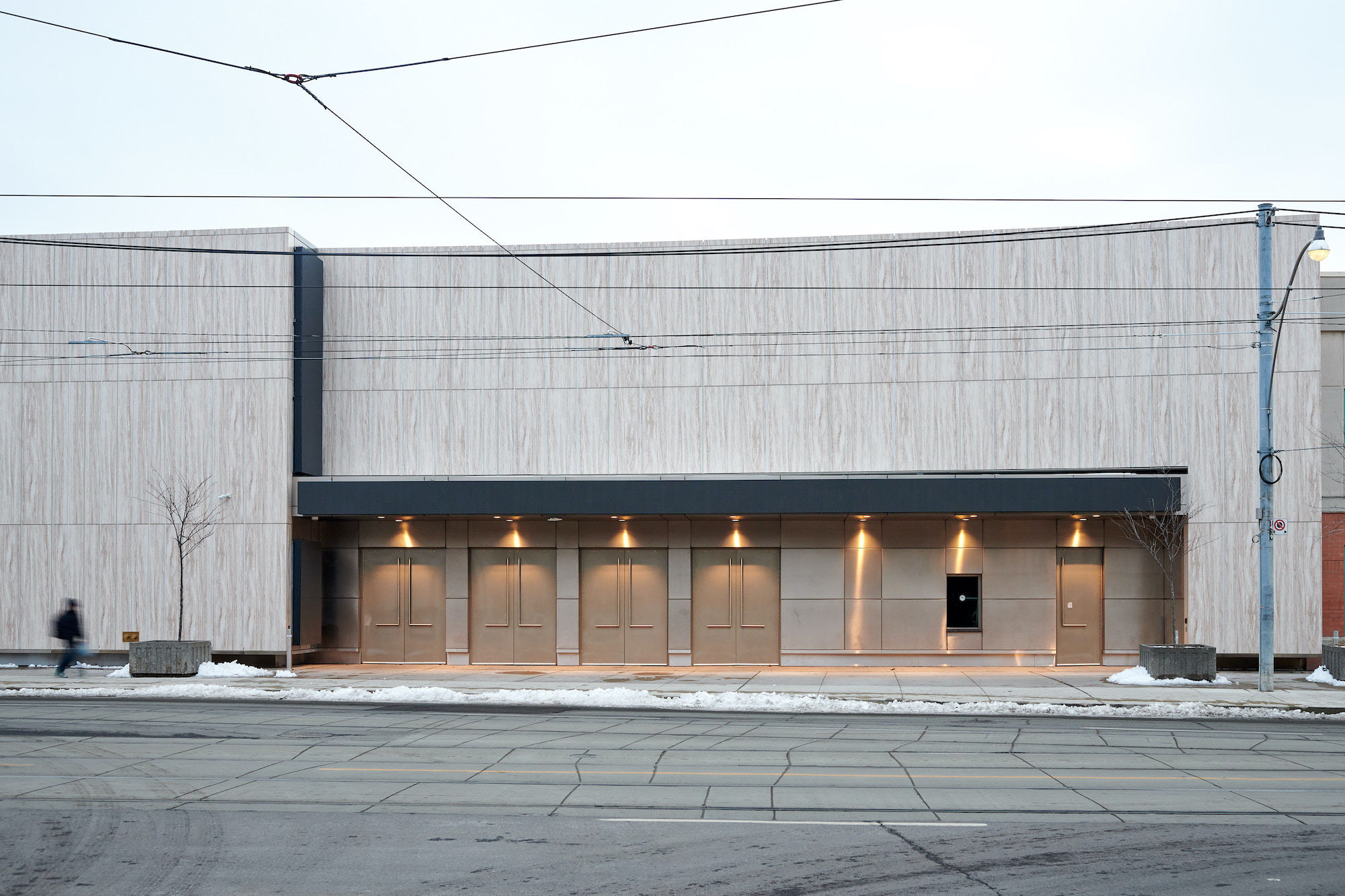 The front doors open to an Instagrammable lobby. Meanwhile, performers aren’t restricted to the OVO-adjacent. Already on the docket: The Flaming Lips, Kaytranada, All Time Low, and Yungblud (plus CanCon staples like USS, Silverstein, July Talk and Lights). Ted Talks, weddings and other events are in the works too: 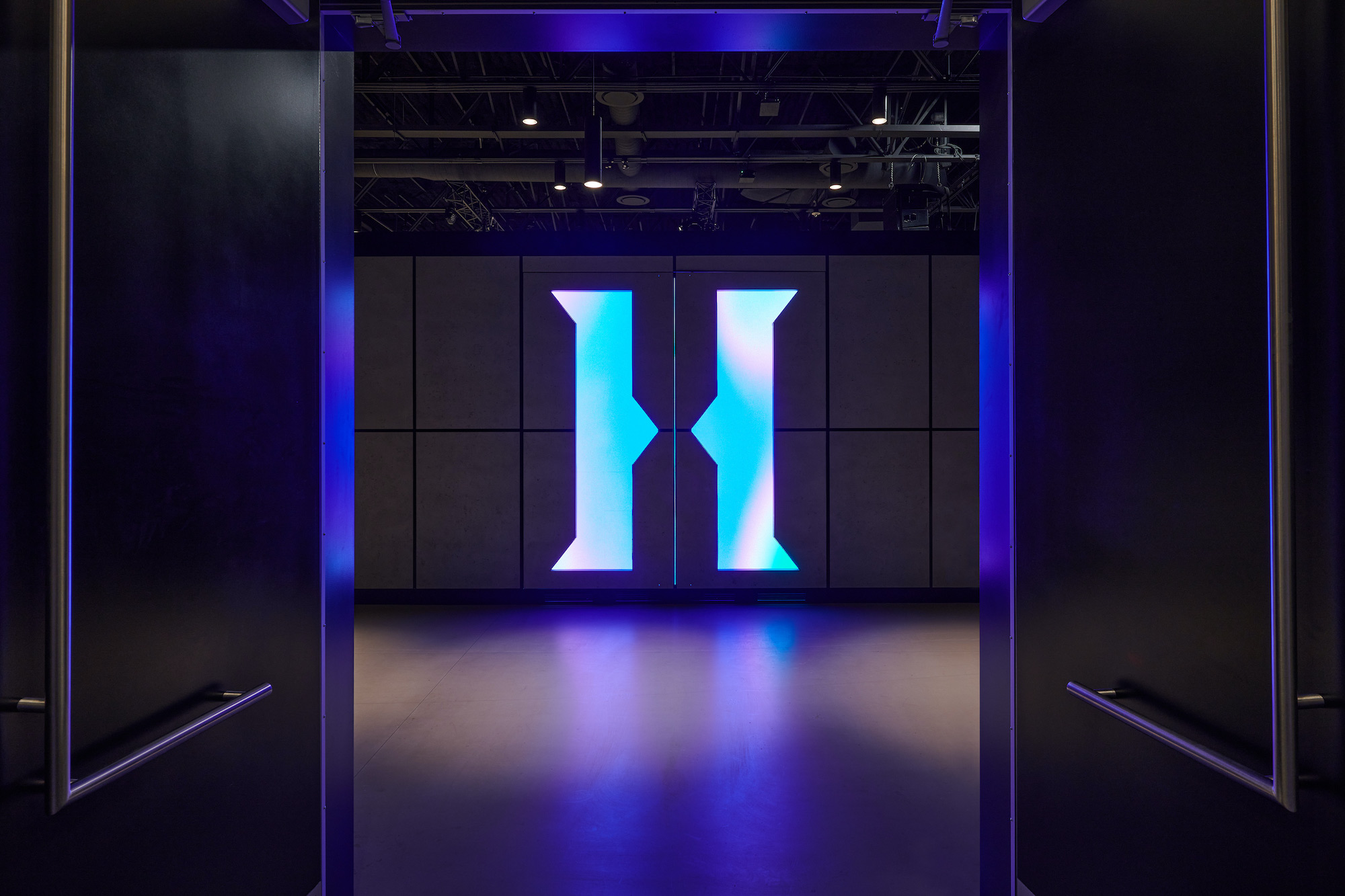 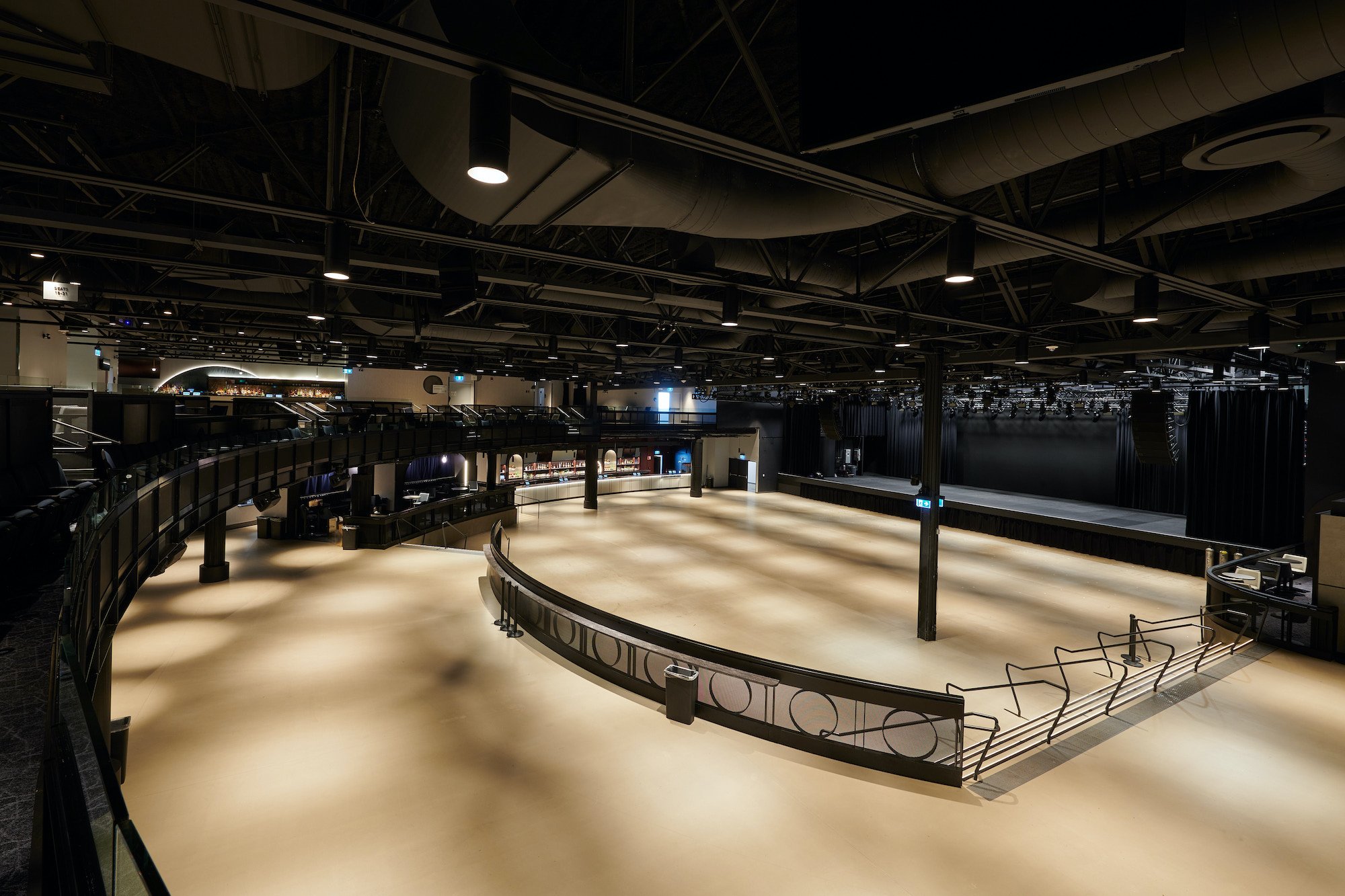 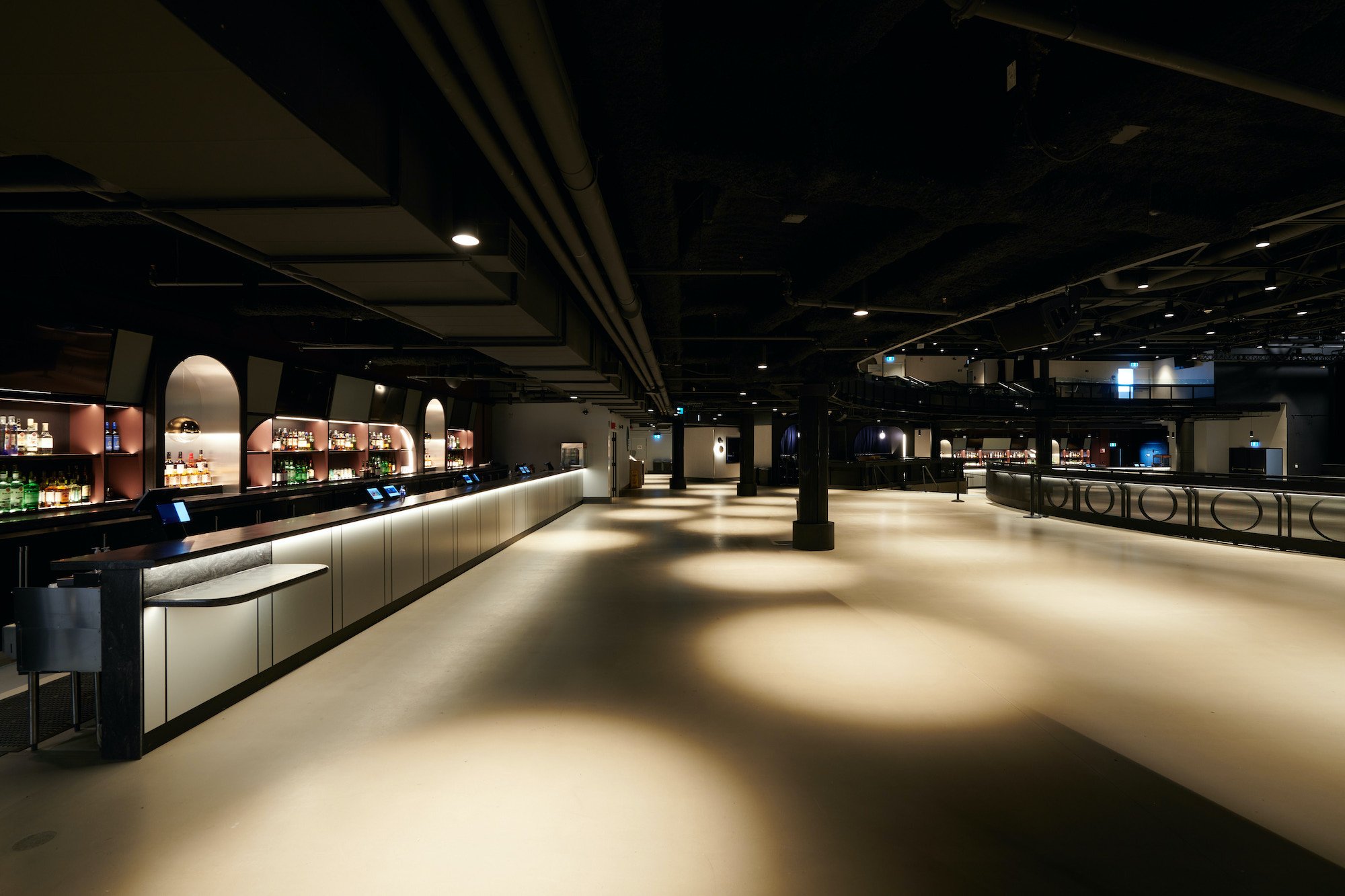 The entire venue is fully accessible, with general-admission ramps and lowered bars: 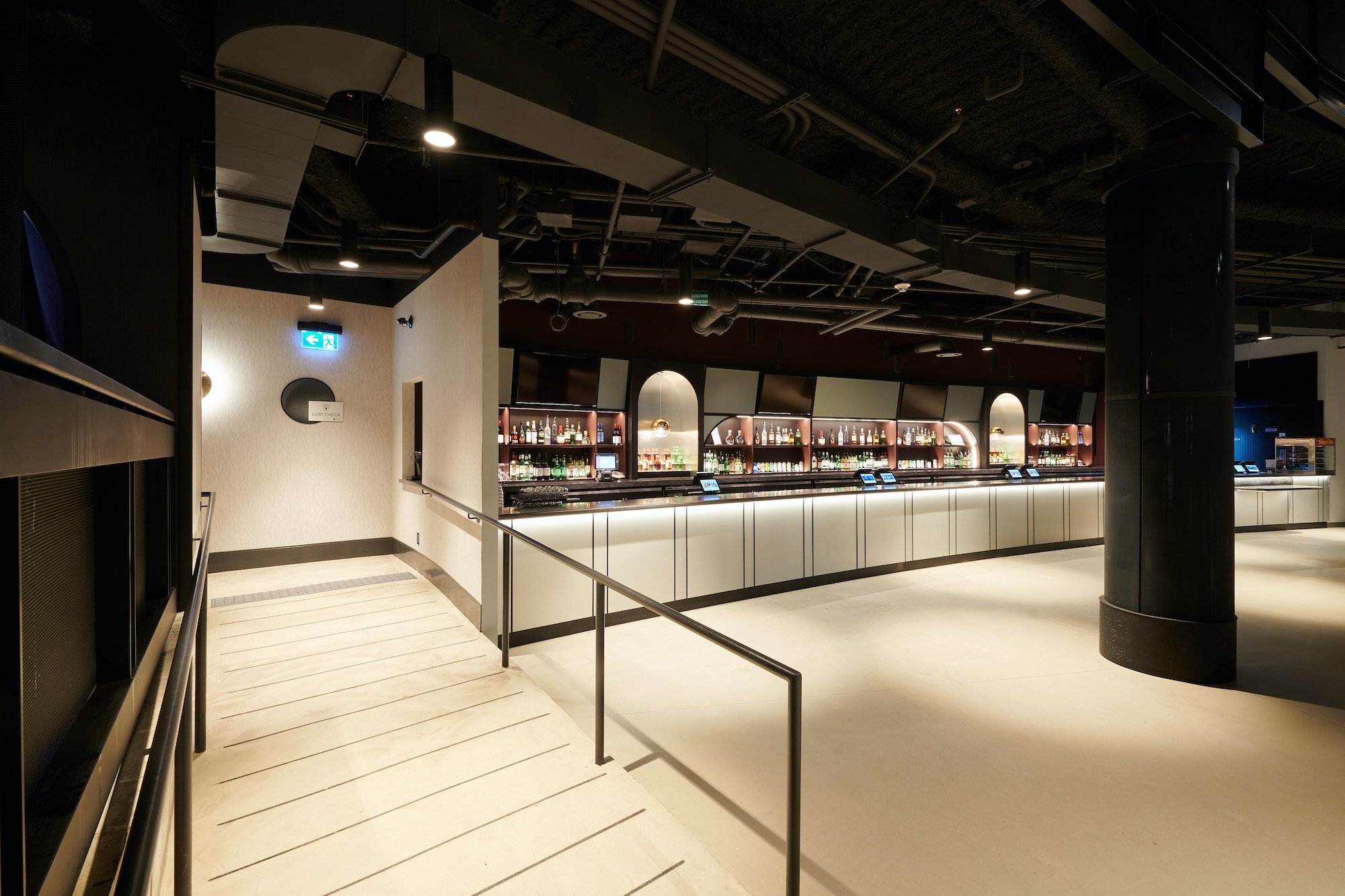 The bars circle the ground floor, and there are plenty of water-bottle refill stations. The nearby restaurant scene is sparse, so the venue has partnered with the Food Dudes for menu-service bites in the VIP areas plus fresh slices from Blondie’s Pizza in the general admission zone: 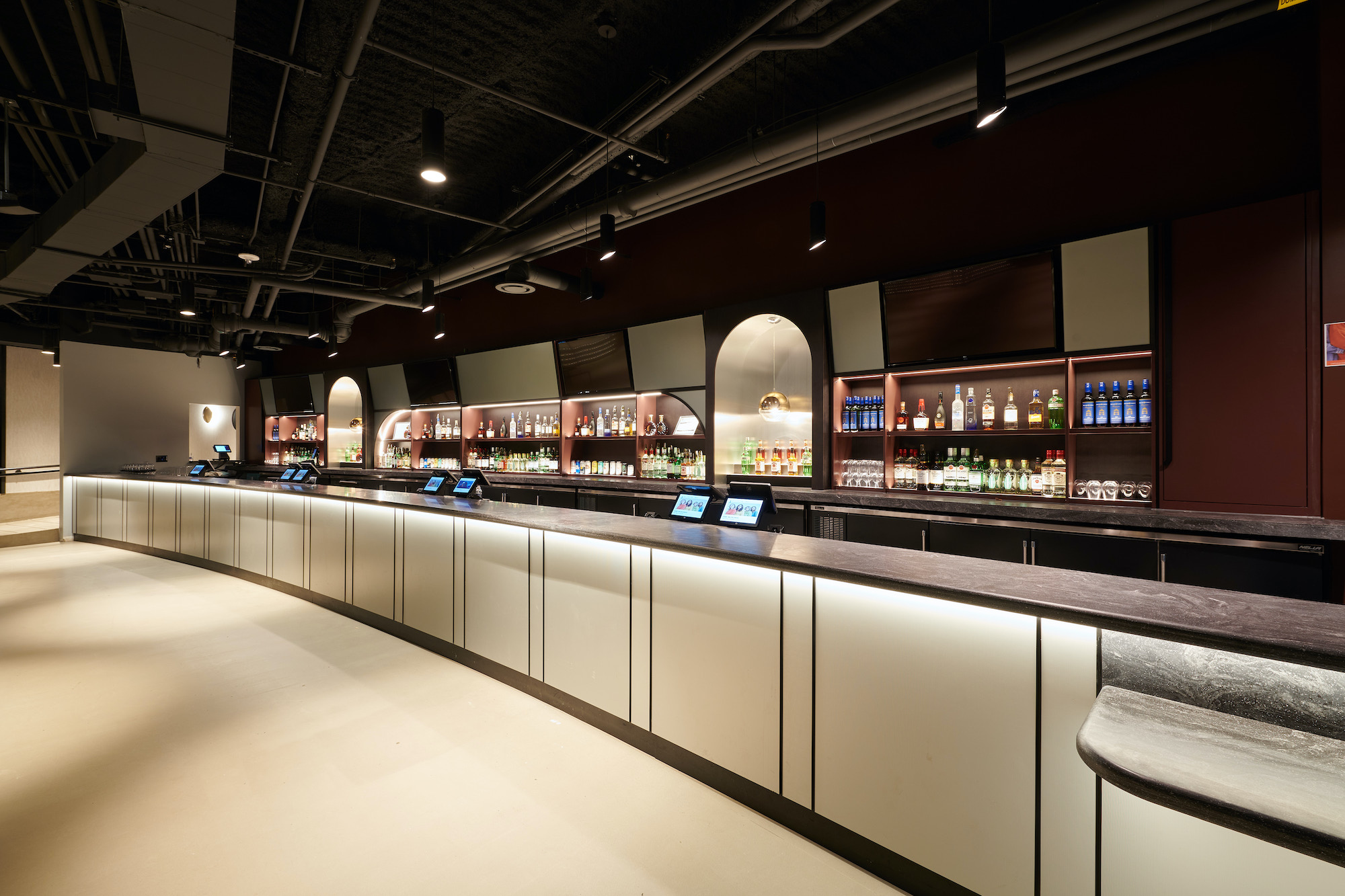 A ground-level VIP area is ideal for superfans and visiting artists. It’s slightly raised above the general-admission space and offers a private entrance, bathroom, and bar, plus spitting distance from the stage: 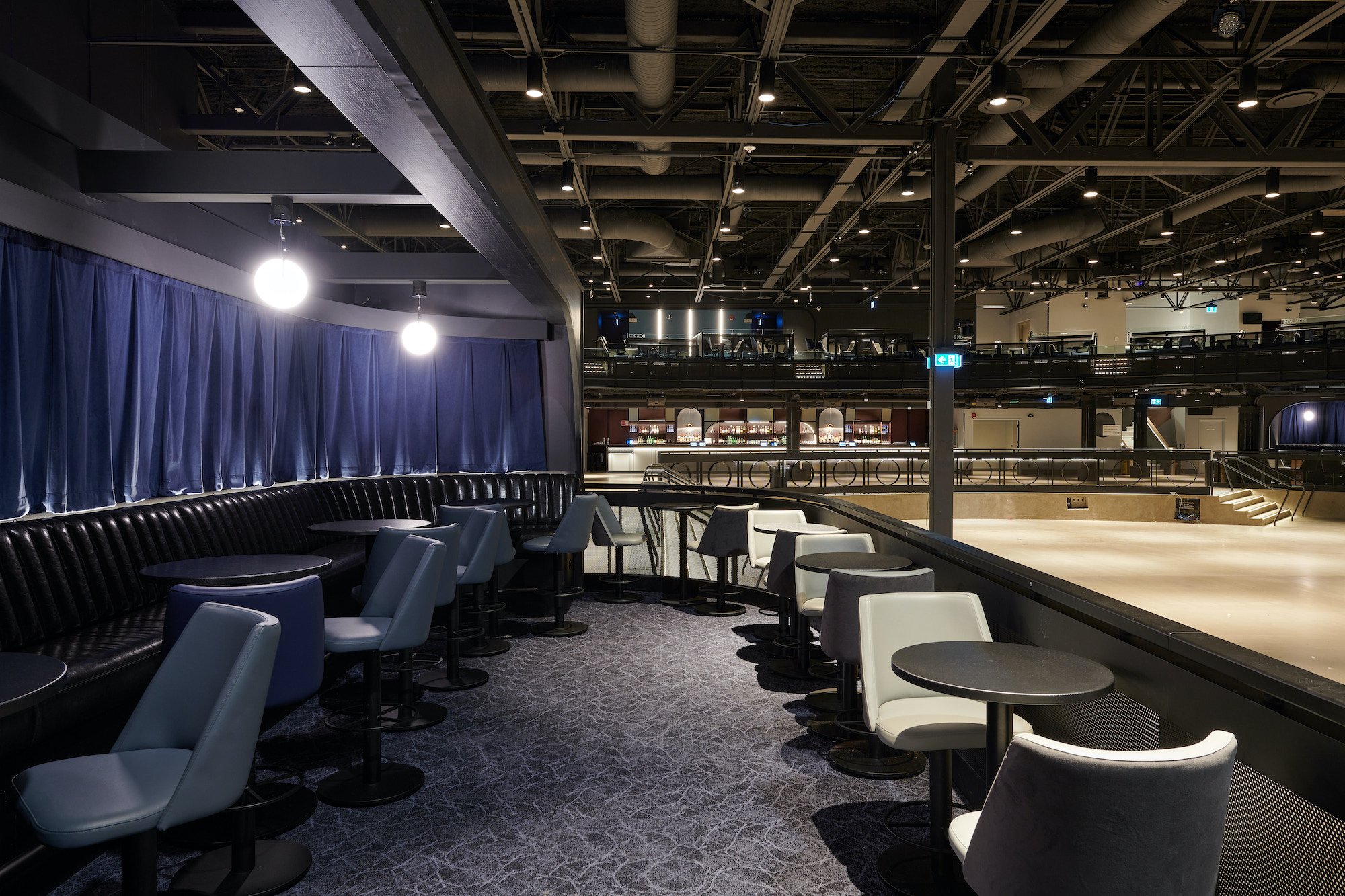 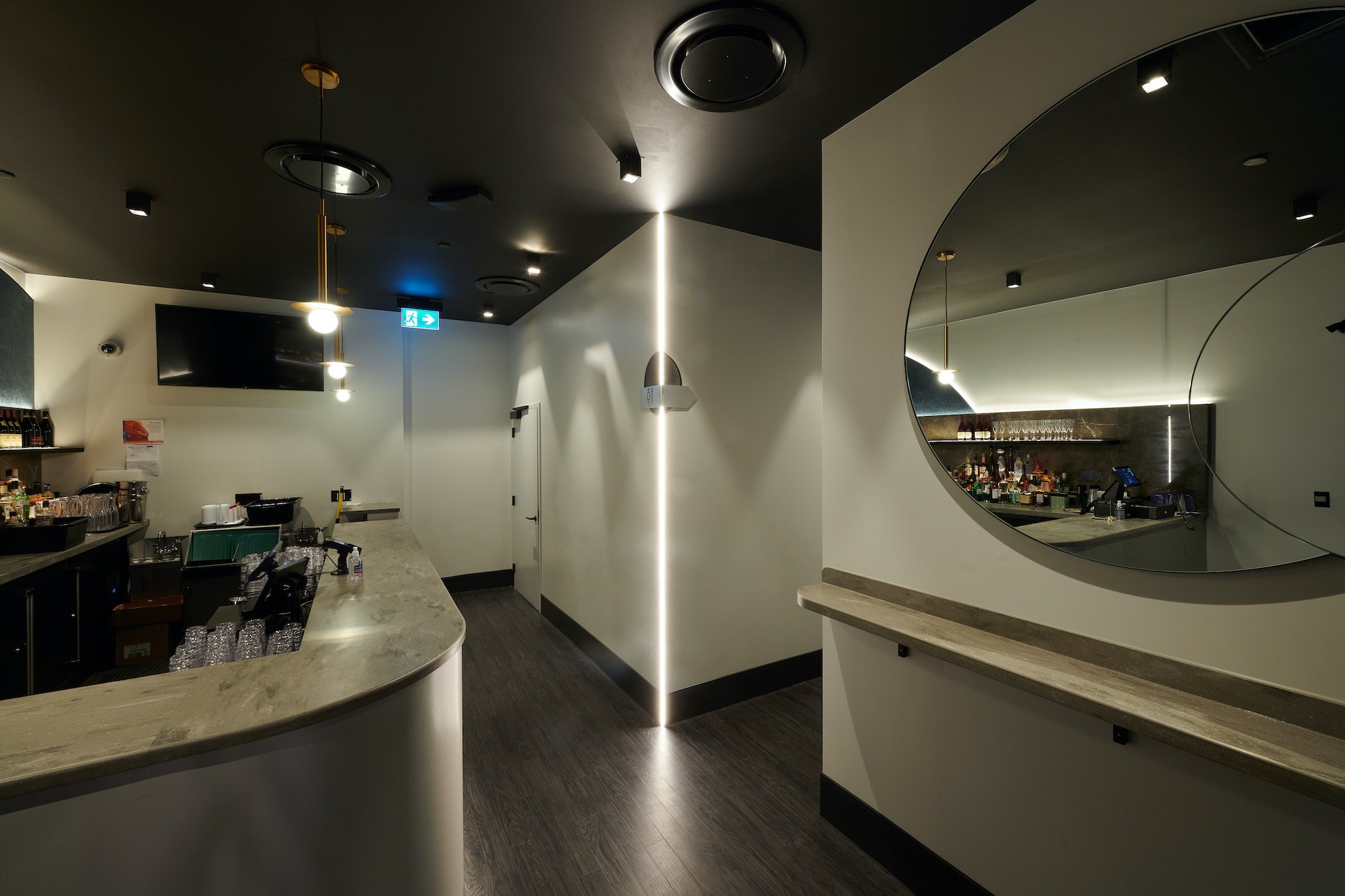 The upper tier has 55 theatre-style seats for those who prefer to recline, along with 10 box-style seating areas. There’s also premium general admission standing space and accessible seats with excellent views of the stage: 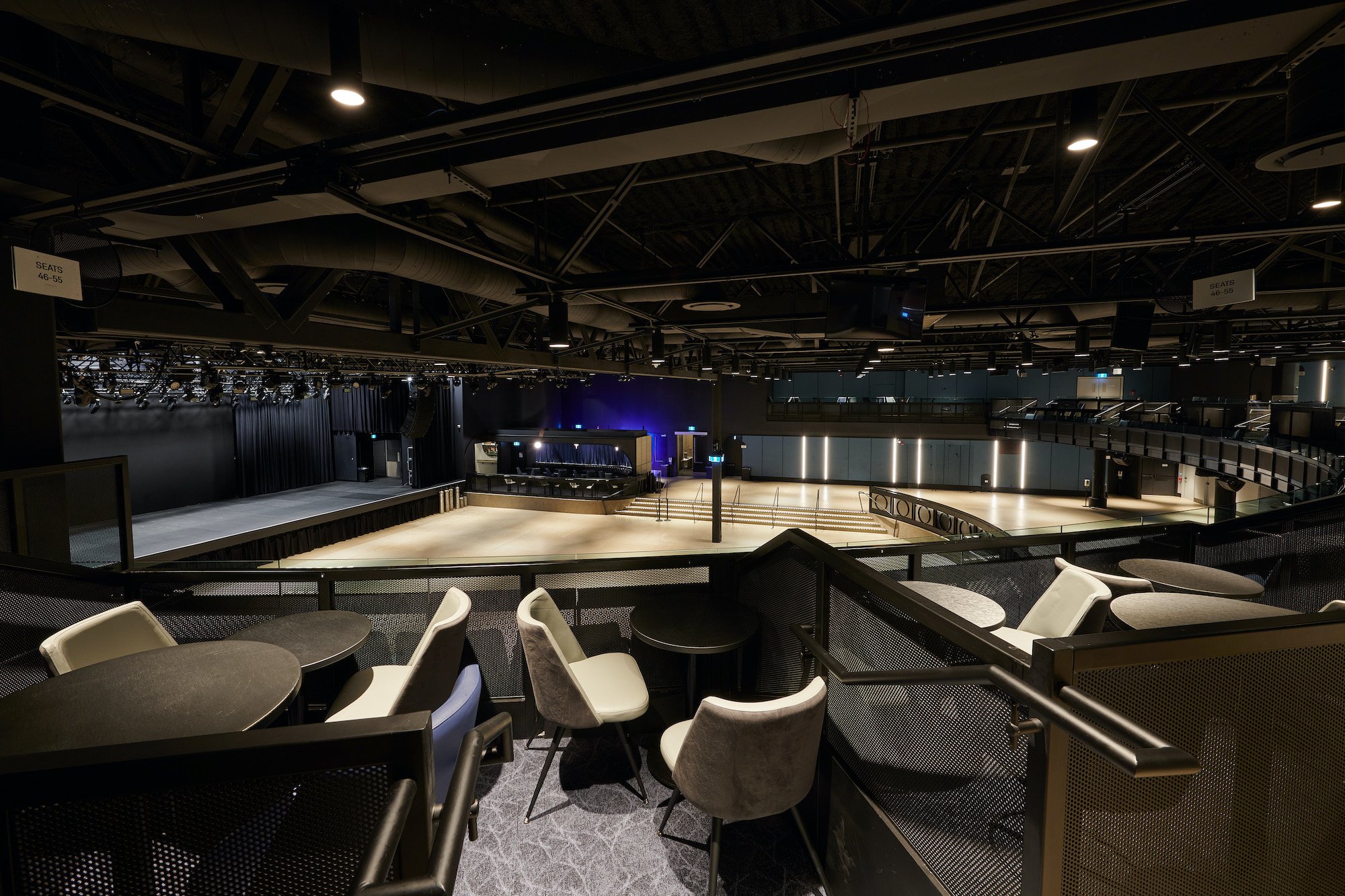 Much of the backstage space is influenced by Drake’s likes and dislikes from venues around the world. His team picked the furniture and curates the space. There are two dressing rooms, and the larger one is split into two with a retractable wall. They’re outfitted with pull-out closets for quick changes—Teyana Taylor made good use of these at a November show: 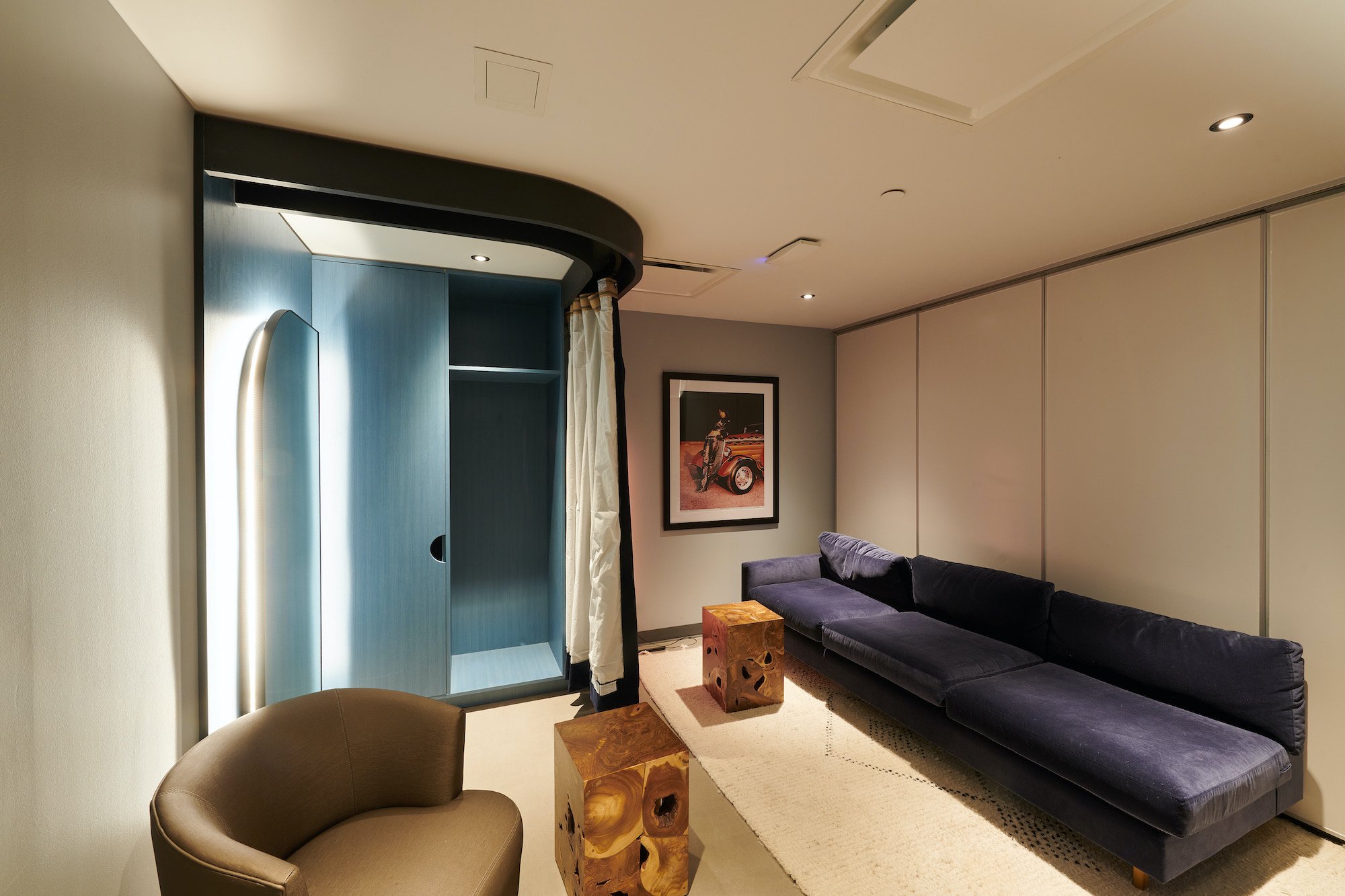 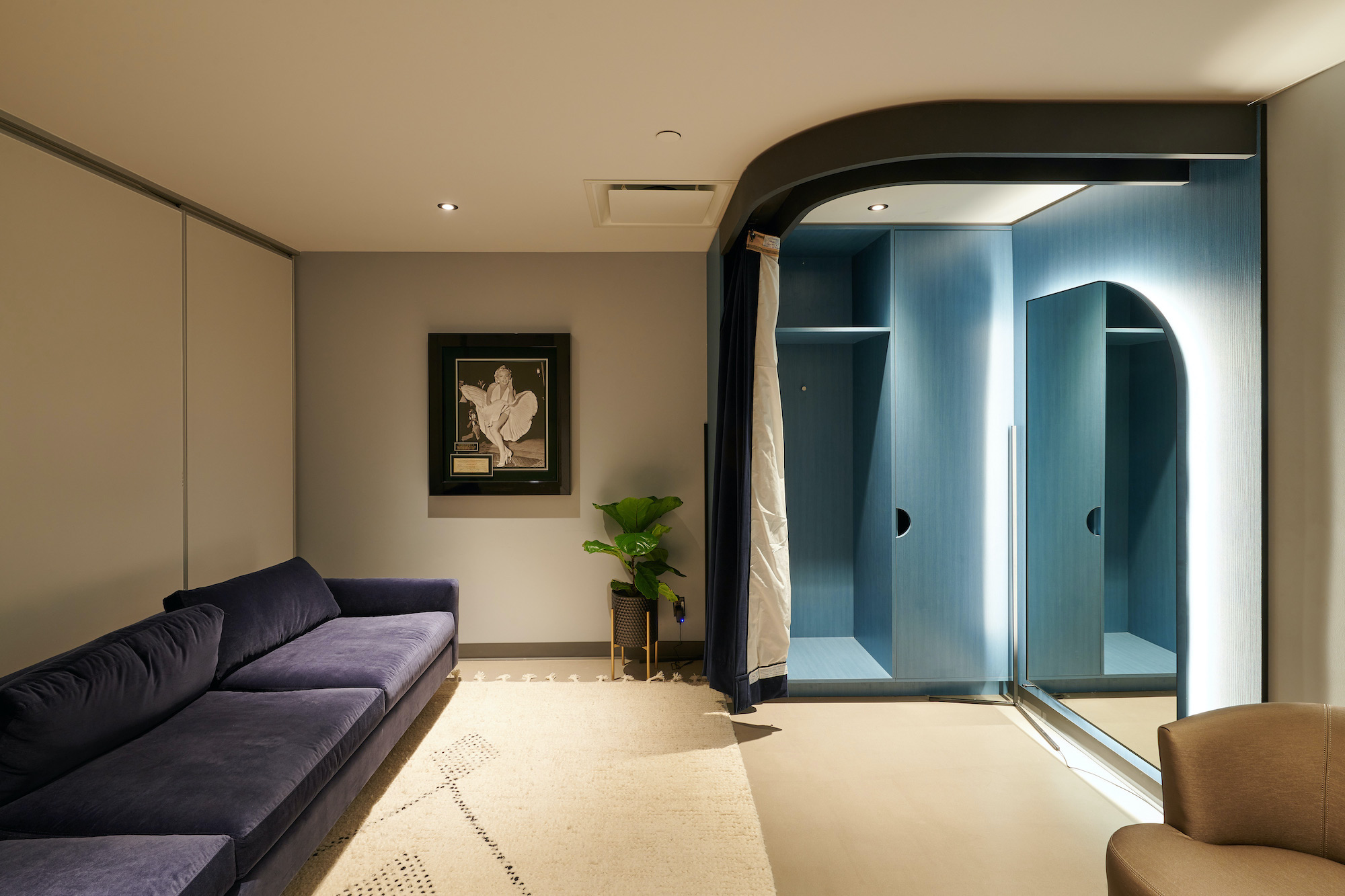 Artwork is pulled from Drake’s own personal collection. Throughout the venue there are high school photos of Drake, tour set lists, signed Godfather posters and portraits of Aaliyah and Virgil Abloh: 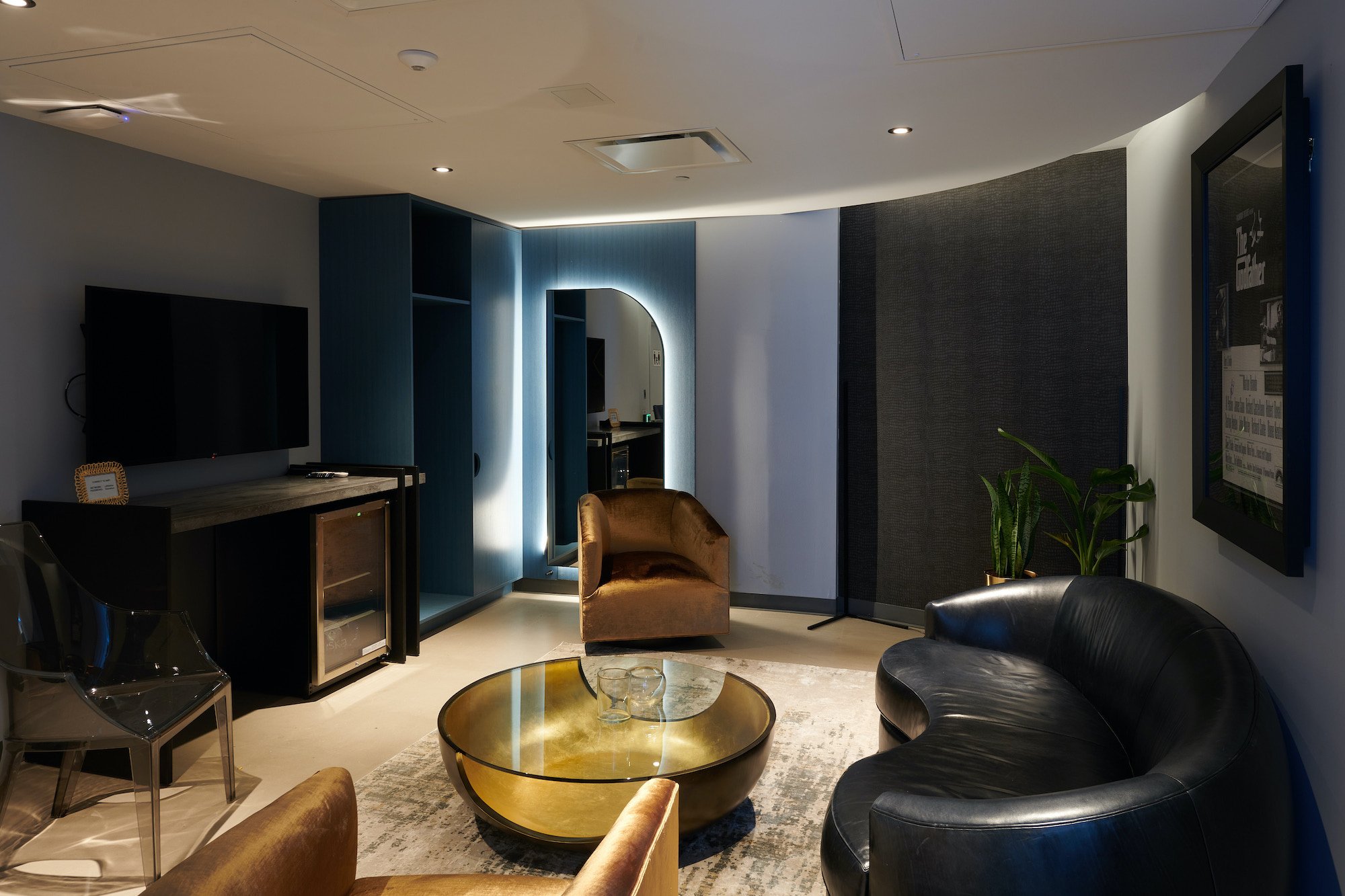 A staircase leading from the dressing rooms to the stage is a prime spot for pre-show pump-ups—artists can customize their walk-out colours, music and lights: 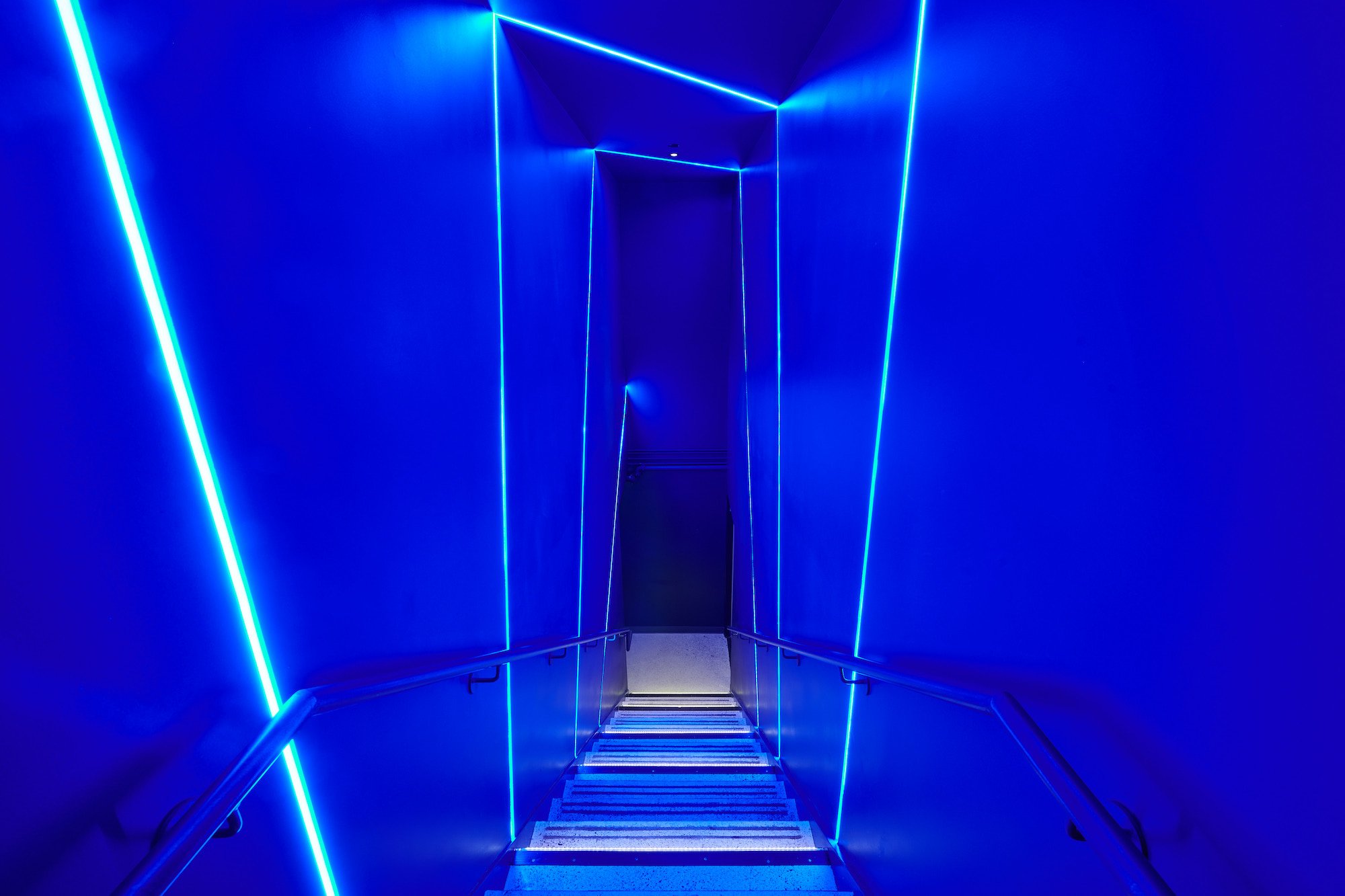 During shows, the performing artists’ friends and family kick back and watch the show via live feeds in this overflow space, outfitted with a wine fridge and Nespresso machine: 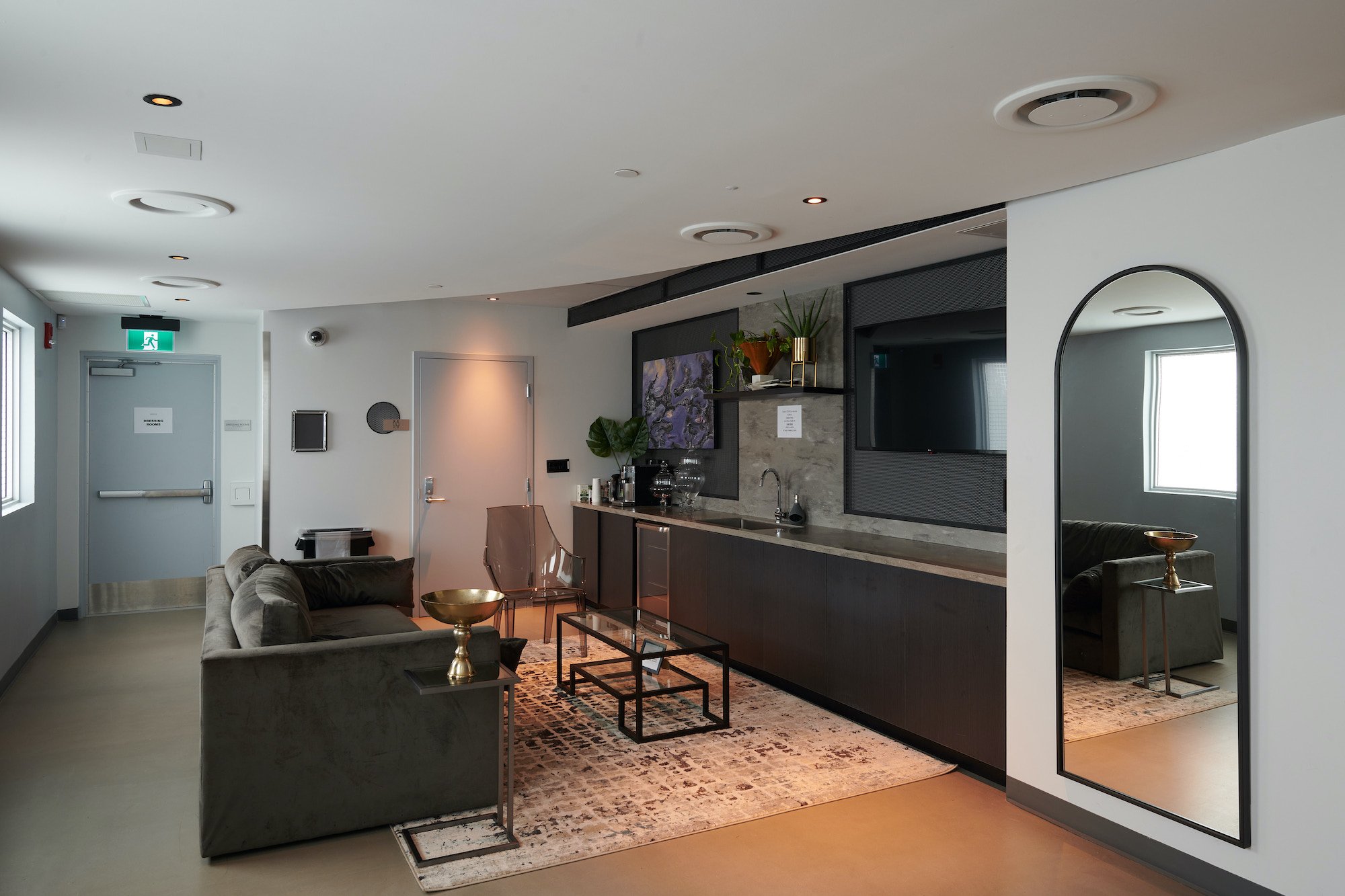 After the show, performers take this high-octane staircase—which has “Started From the Bottom” lyrics printed on each step’s riser—from the venue straight to their tour bus: 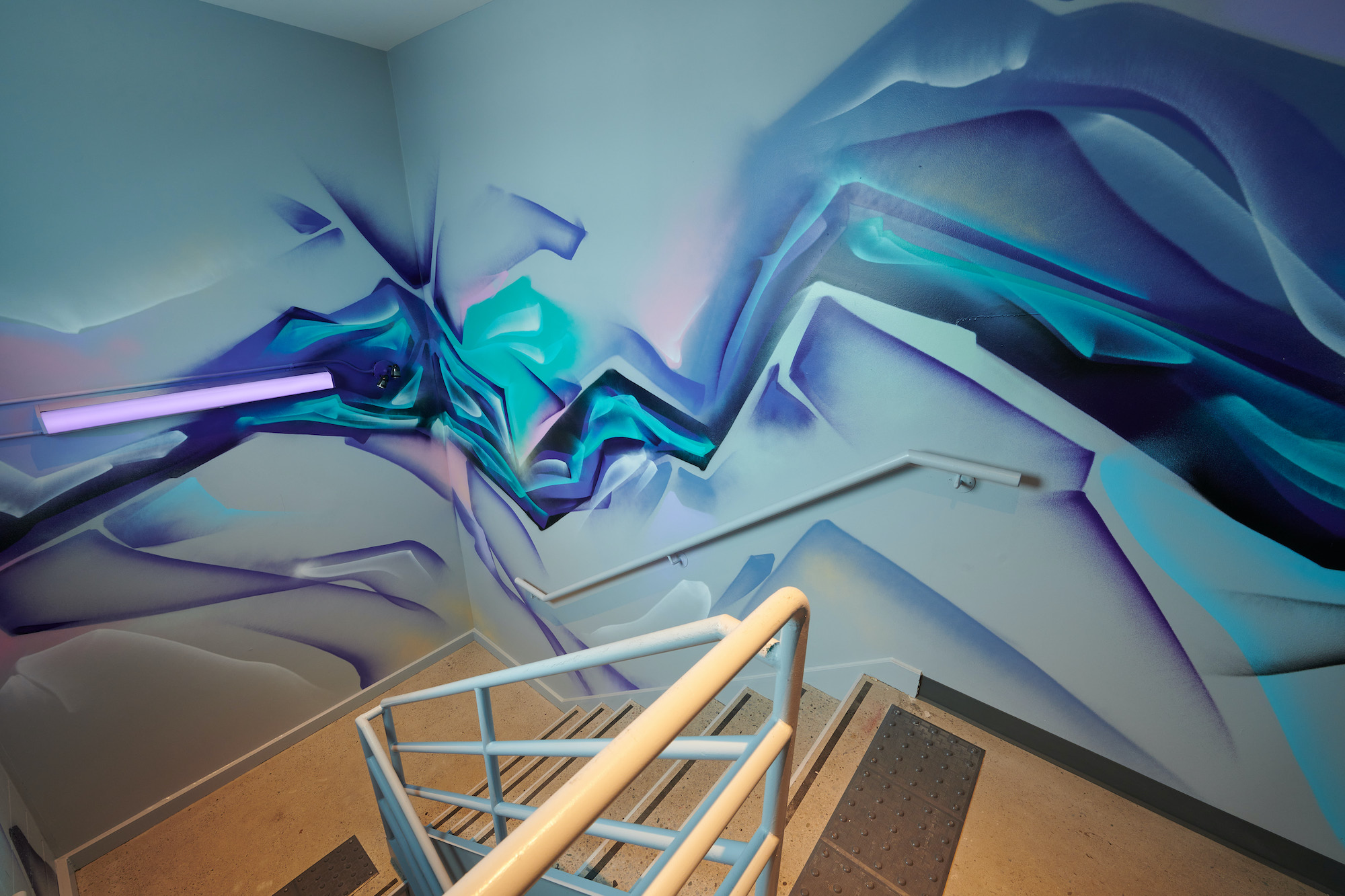