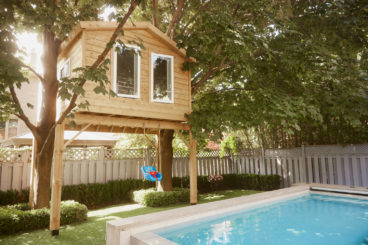 When family vacations were hard to come by, this family brought the good times to their backyard

Who: Renetta Persaud Vice, a primary school teacher; her husband Luke Vice, owner of a digital media company and co-owner of the Italian restaurant Viaggio; and their daughters, Luna, 1, and Lurena, 3. 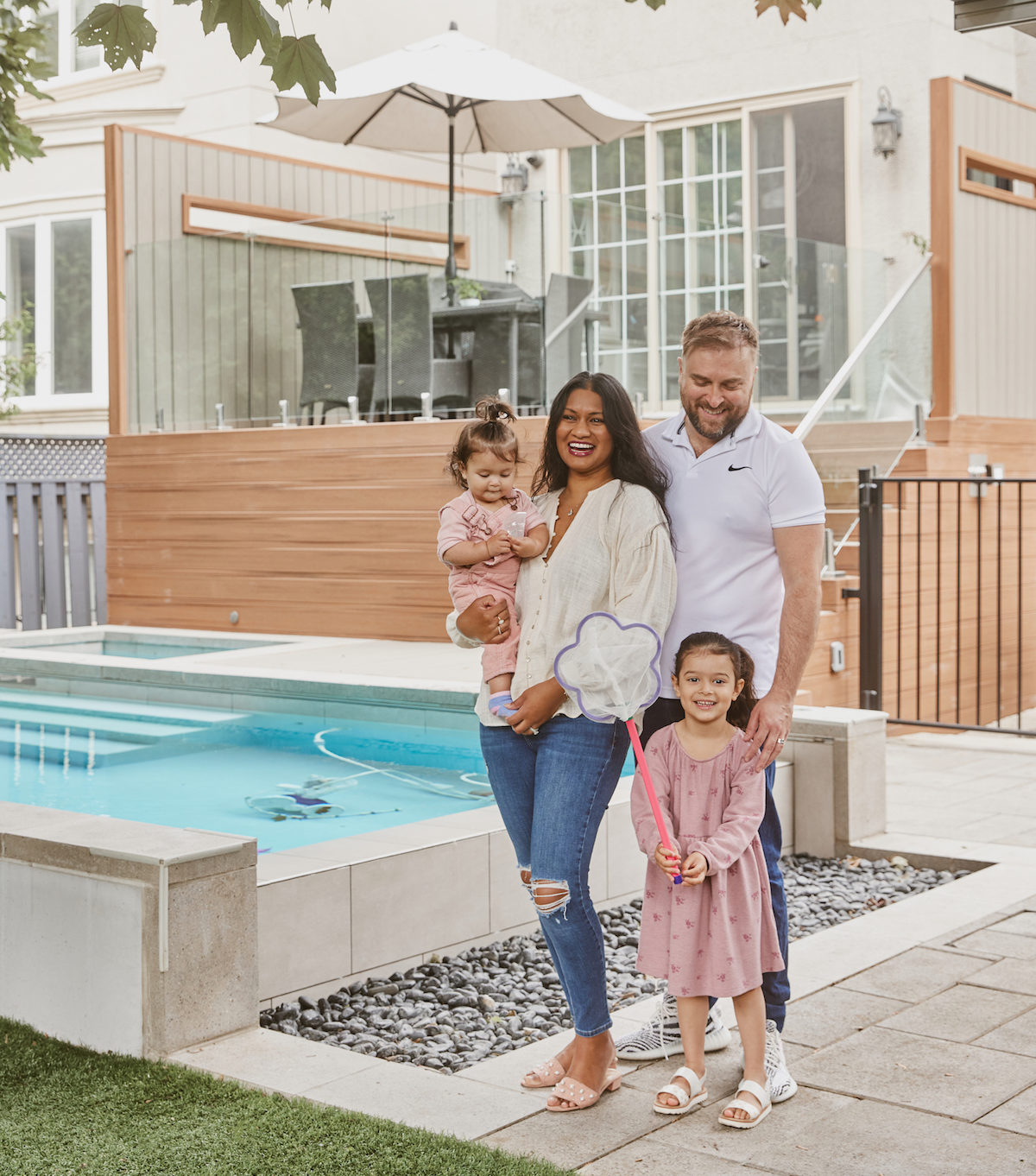 Where: Avenue and Lawrence. 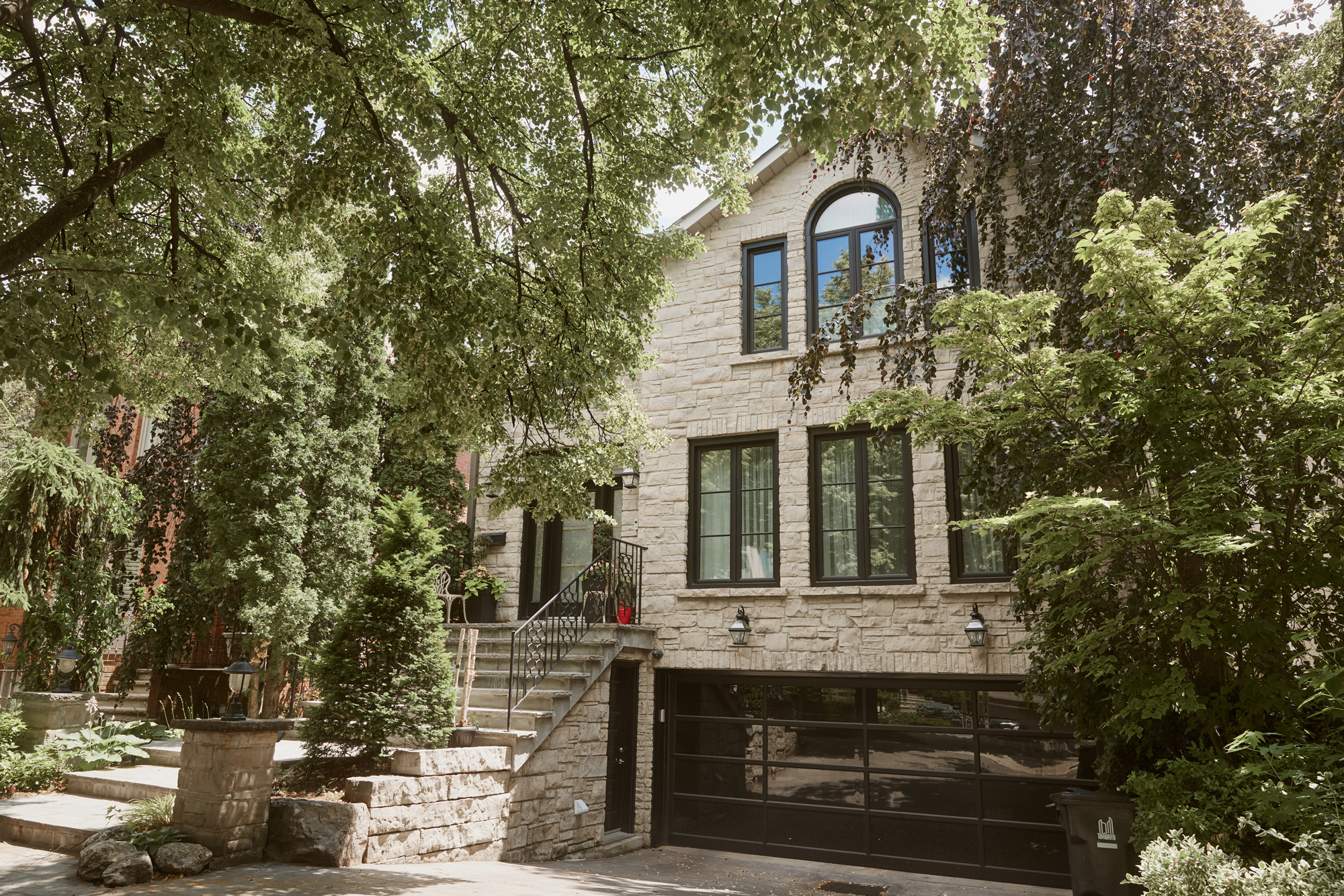 In 2014, Luke and Renetta bought a five-bed, four-bath detached house in Ledbury Park with a patchy 1,700-square-foot backyard. It had a deck and a rickety old treehouse cabin built between two shady Norway maple trees. “The trees destroyed everything within 10 feet of them,” Luke says. “The grass became mud, and mushrooms started popping up.”

Four years later, after Luke and Renetta had their first daughter, they finally sat down to consider a backyard reno. First, they added a hot tub and a pool, a raised deck for a dining table, and a lounge area under a pergola. They planted a wall of ivy behind the lounge for extra greenery. 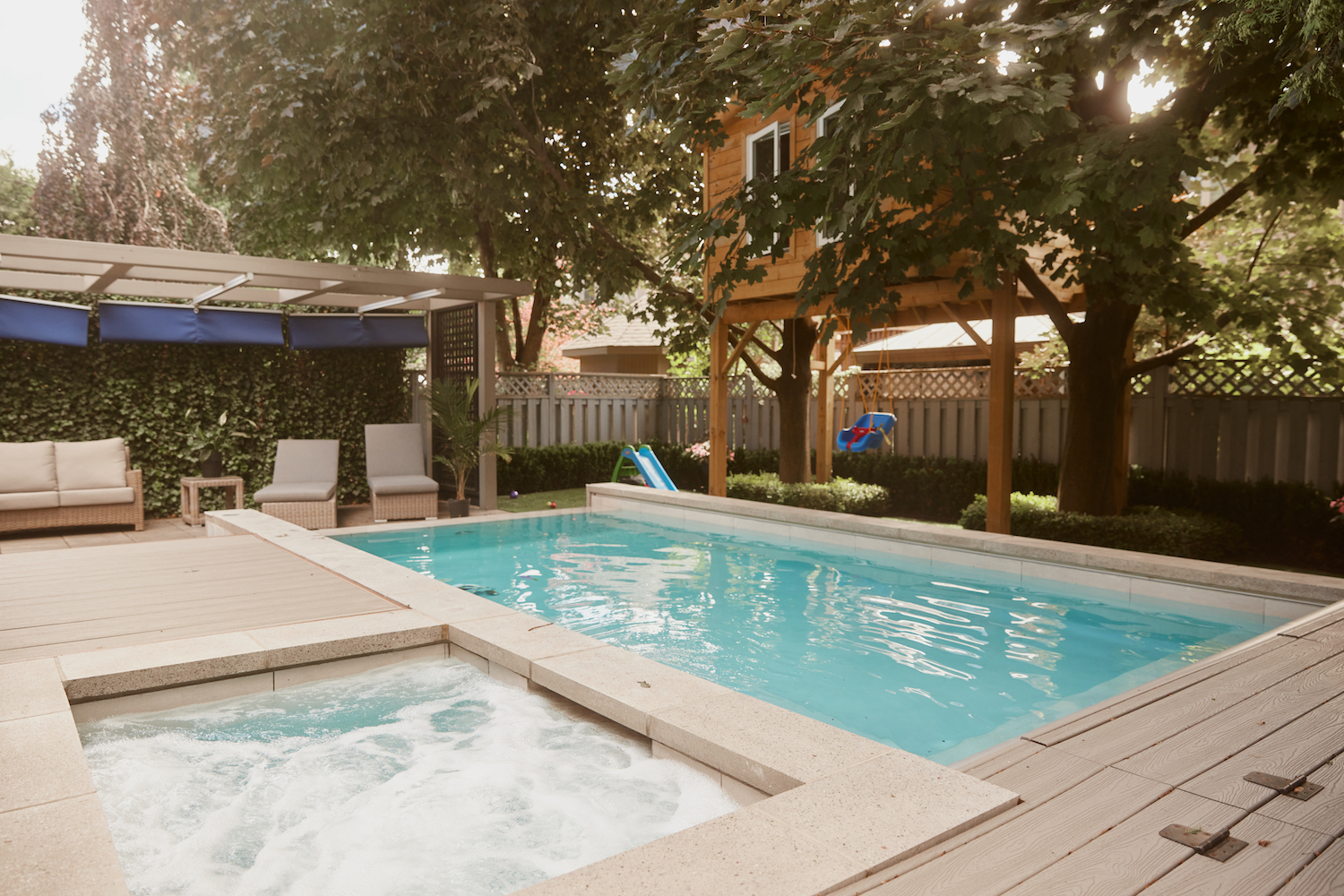 Later, they tackled the derelict treehouse, adding windows to keep wildlife out. 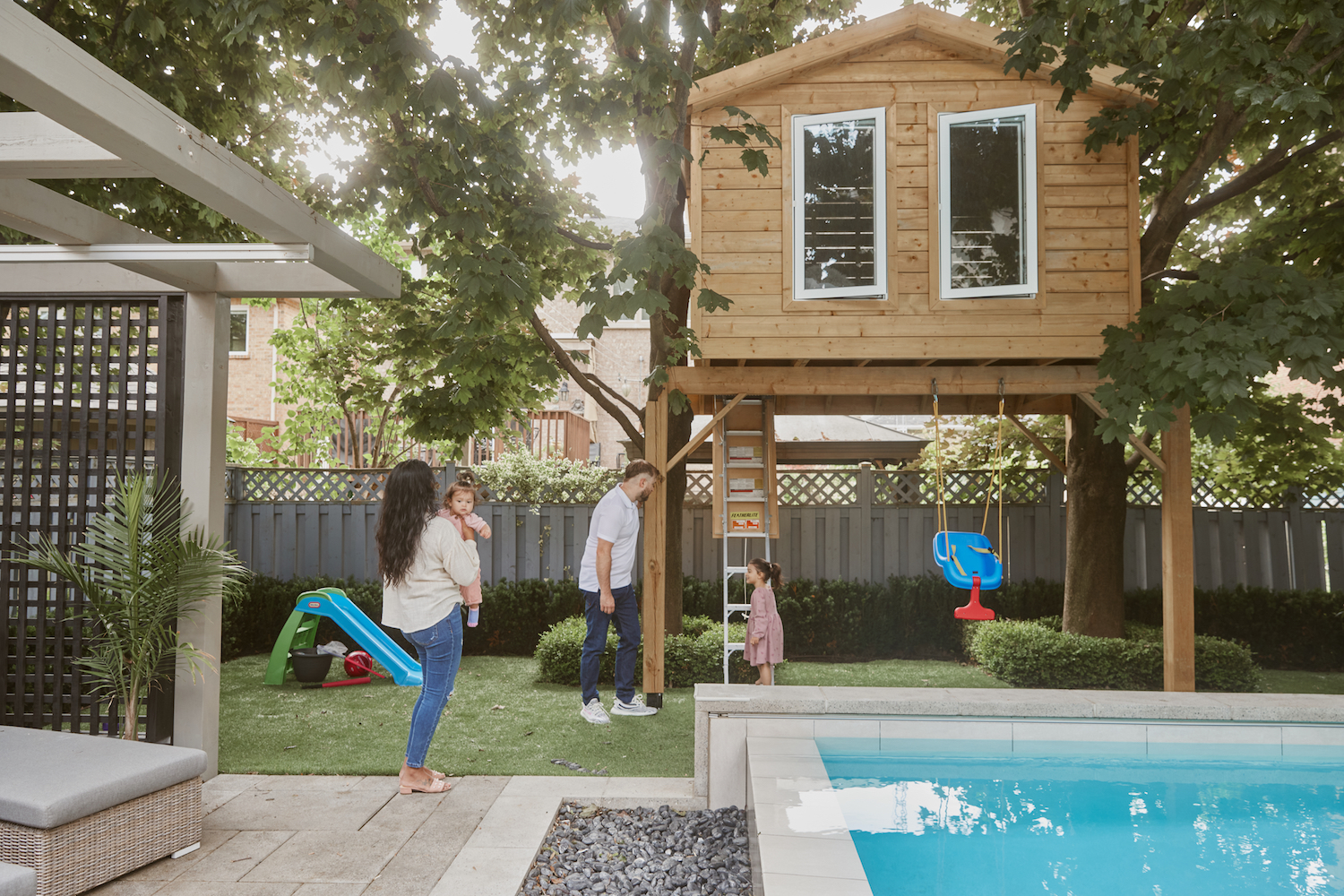 During lockdowns, the new backyard provided the perfect space for the parents to relax and for Lurena to burn off excess energy—she loves swimming around in her floaties. And when it was safe to do so, the family hosted small pool parties and barbecues. This summer, Luna took her first dip in the pool, and Lurena has started private lessons with a swim instructor—she just learned to doggy paddle. 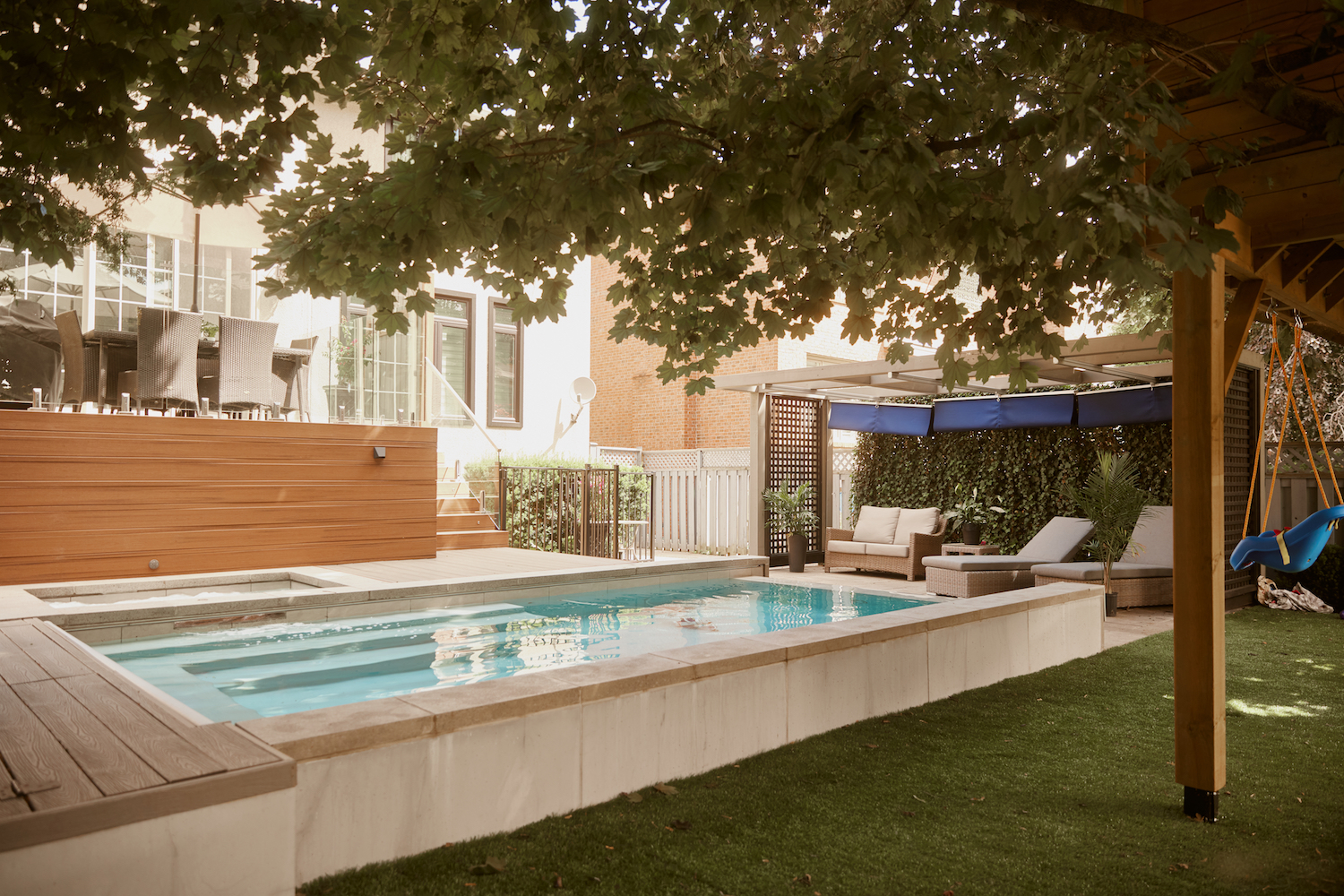 Landscape designer Taylor Fifield from Land-Con suggested the infinity-edge waterfall to make the area under the pergola more peaceful and relaxing. 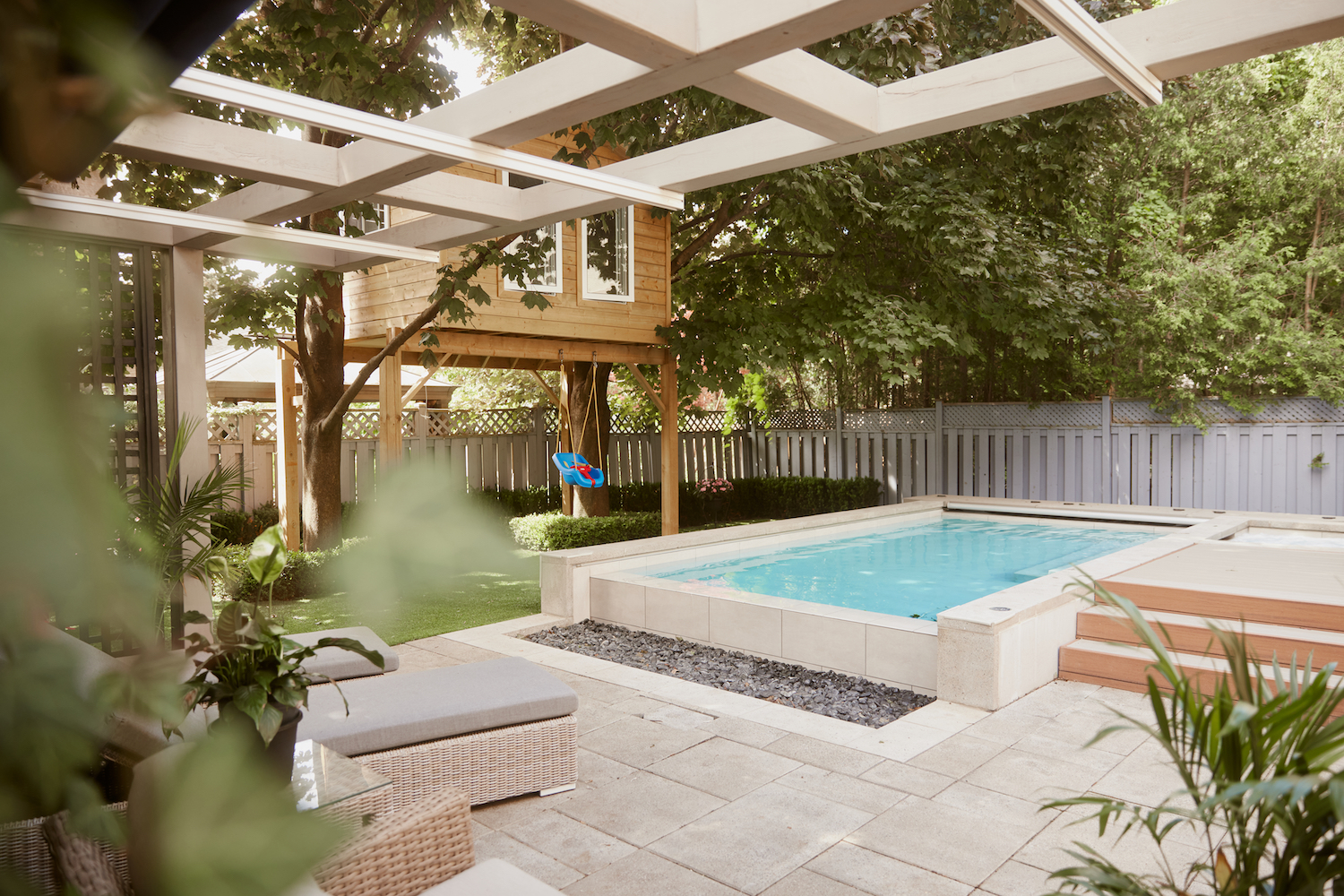 The pool and hot tub are by BonaVista Pools. Lurena loves splashing about during the day, and Luke and Renetta make the most of the backyard at night. “We bring the baby monitor down and hop in,” Luke says.

Luke loves the entire yard but the pool is his favourite, while Renetta loves the hot tub. In the summer, Lurena likes the pool the most. But whenever the pool is closed, the treehouse becomes her favourite feature. 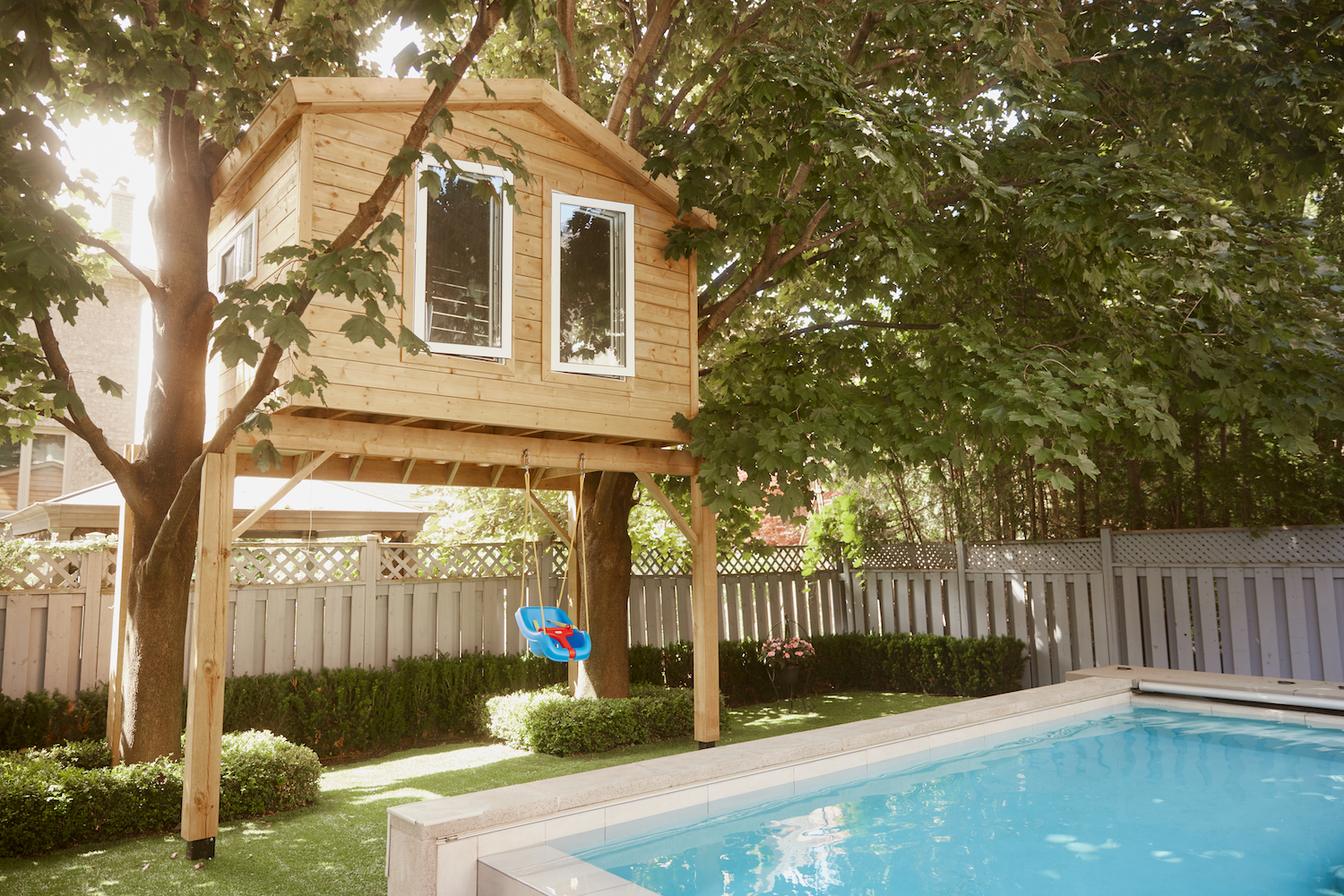 The oak treehouse is accessed via a trapdoor ladder, which Lurena climbs herself. 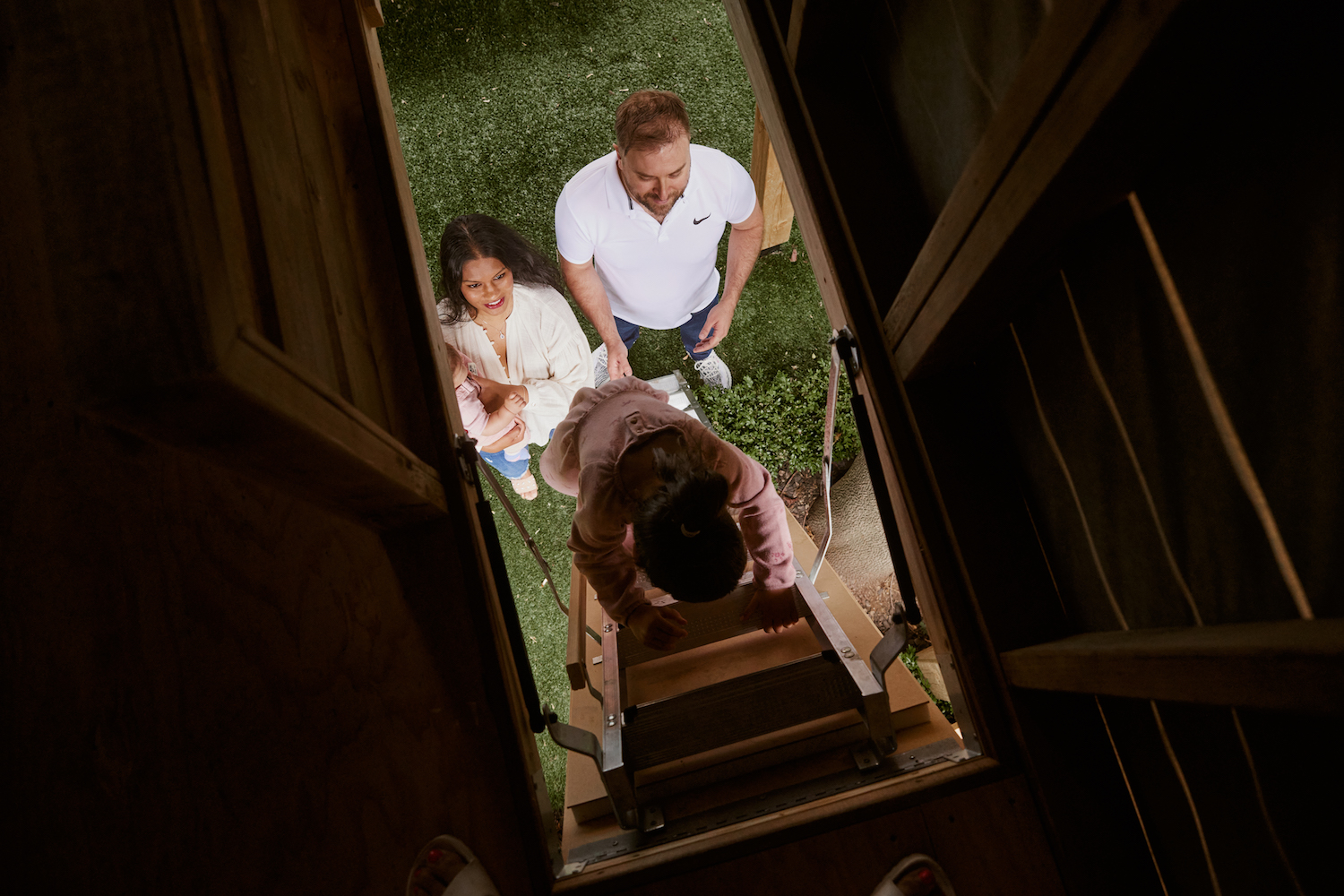 Inside, she likes to host tea parties for her dolls. 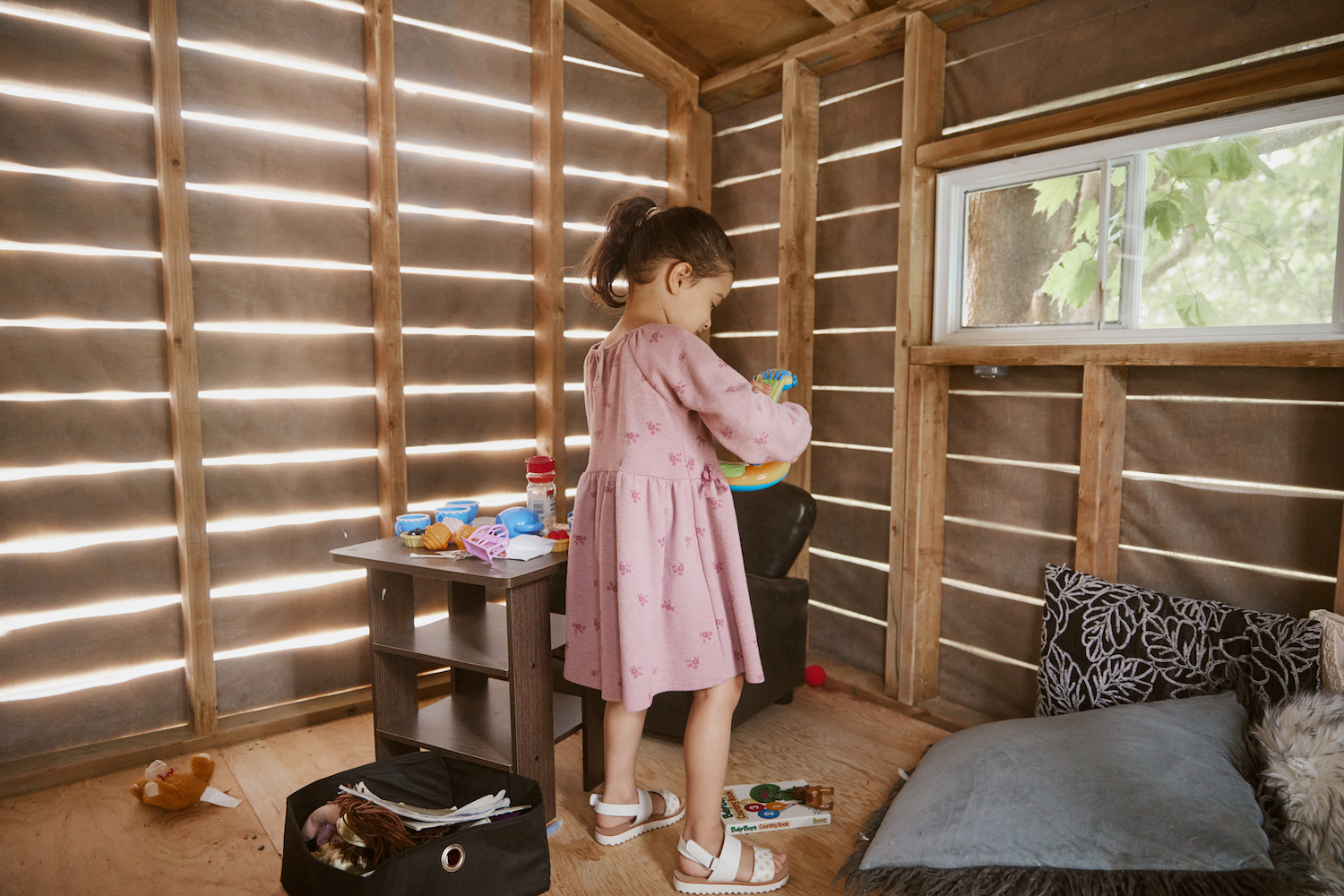