A weather-proof rooftop pool, a spa on a waterfall and other luxurious ways to pamper yourself this winter

A weather-proof rooftop pool, a spa on a waterfall and other luxurious ways to pamper yourself this winter 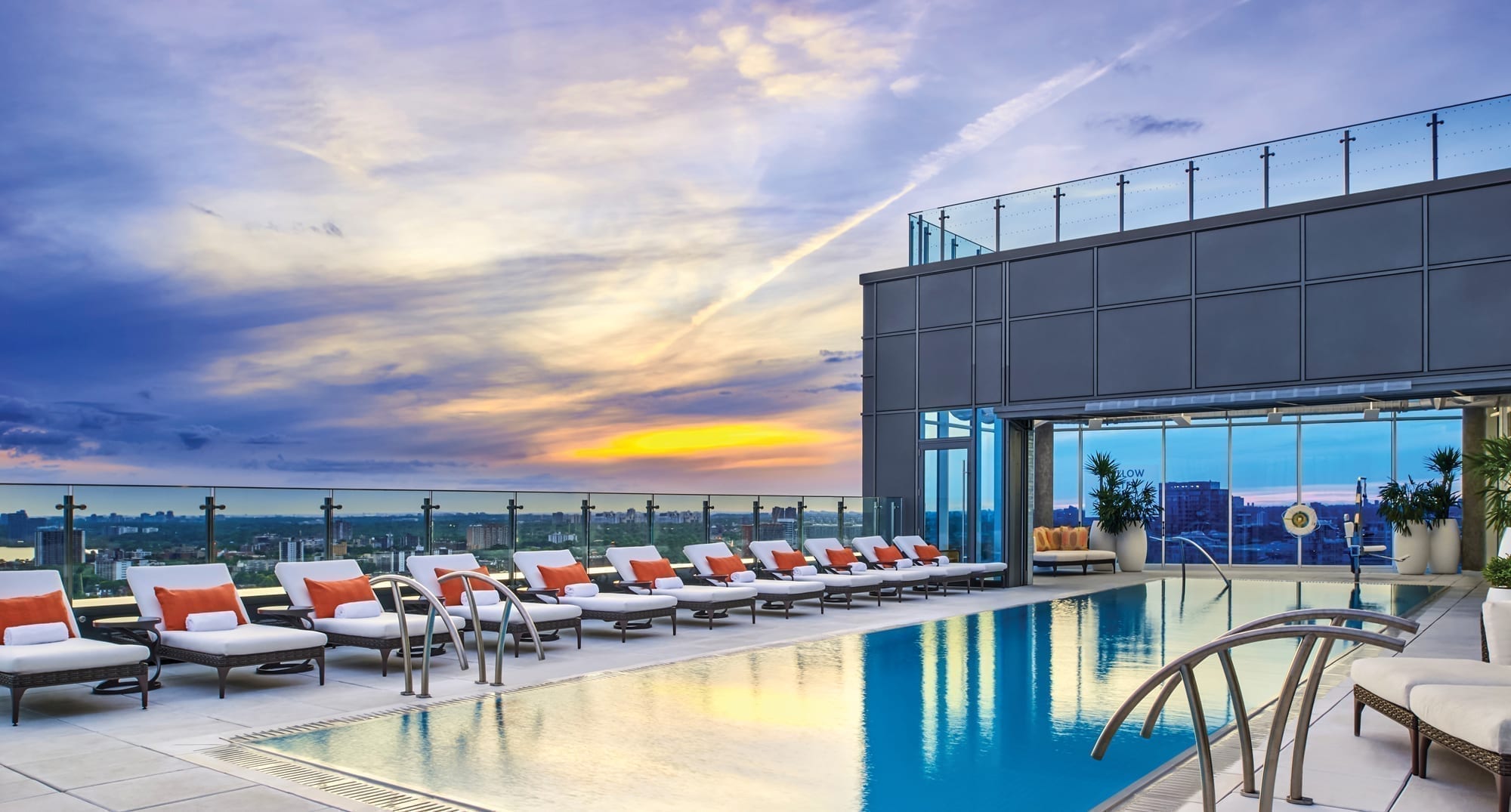 A rooftop pool that’s open in January
1Hotel X’s rooftop pool is Toronto’s newest contender in the battle for swim supremacy, with infinity edges, chaise lounges everywhere and a spectacular waterfront view. But it also has an important advantage: it stays heated all year. That includes the dead of winter, when the plan is to clear snow frequently, crank the temperature to 25 degrees and keep the adjacent Falcon SkyBar open for service. The hotel is a buzzy new oasis with an Oscars-worthy screening room, a golf simulator, a massive athletic facility and a close proximity to many Toronto nightlife highlights. Which all sounds good, but so does blowing it off to spend an entire January weekend poolside. 111 Princes Blvd., 647-943-9300, hotelxtoronto.com. 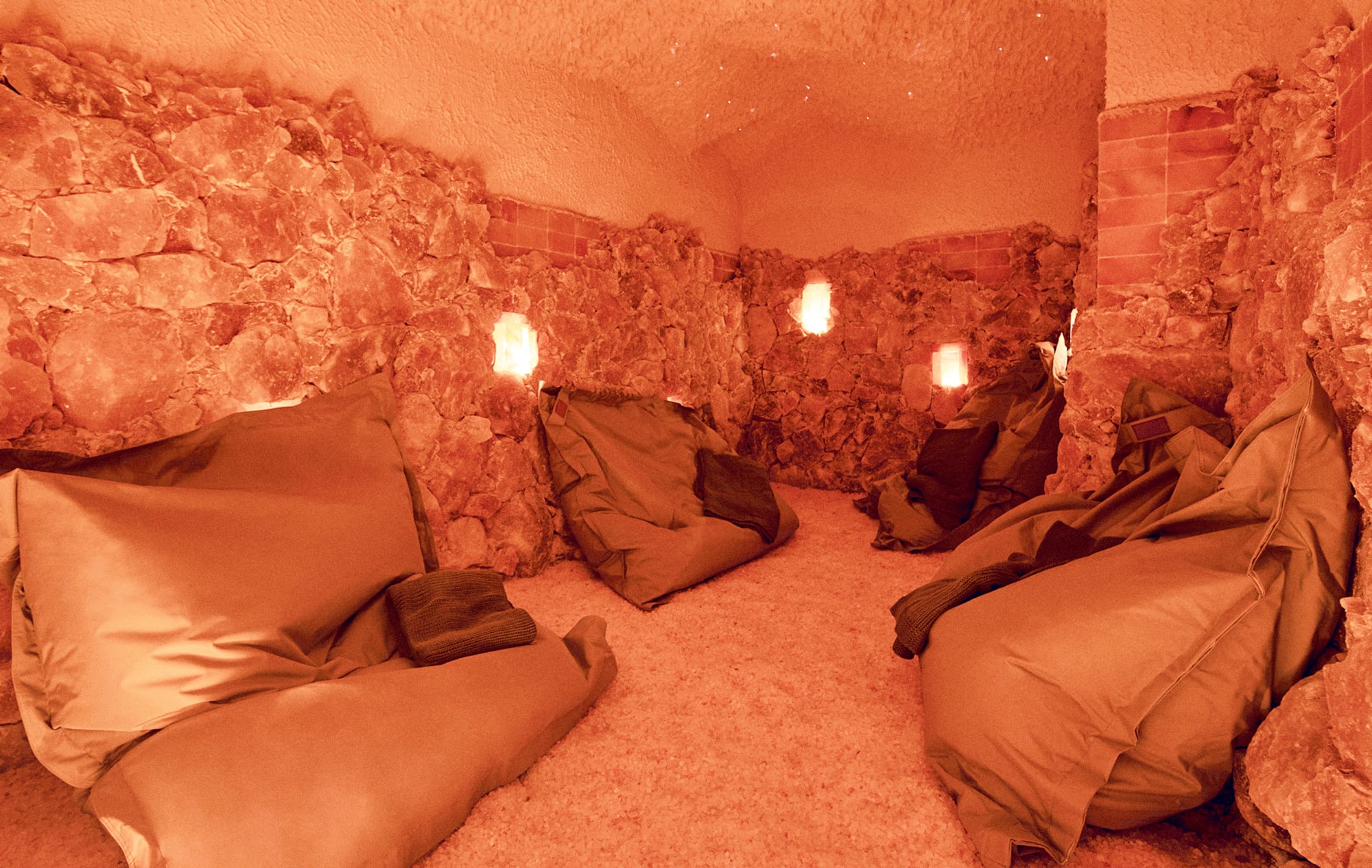 A GOOP-worthy rock salt cave
2In the hierarchy of trendy wellness ingredients, pink Himalayan rock salt is the new charcoal—a purported cure-all said to promote relaxation and respiratory function while combatting skin conditions like acne and eczema. The salt cave at Hoame, a new meditation studio downtown, has a whole lot of it: more than five tons of pink Himalayan crystals lining the walls and piled on the floor like sand on a beach. The practice of lounging in a salt cave, also known as halotherapy, dates back to ancient Egypt and has recently been lauded by modern-day Cleopatras like Gwyneth Paltrow. The jury’s out on how well it works, but a few hours in a warm pink cave with a mug of tea and noise-cancelling headphones: how bad could it be? 430 Adelaide St. W., 647-749-6036, hoame.ca. 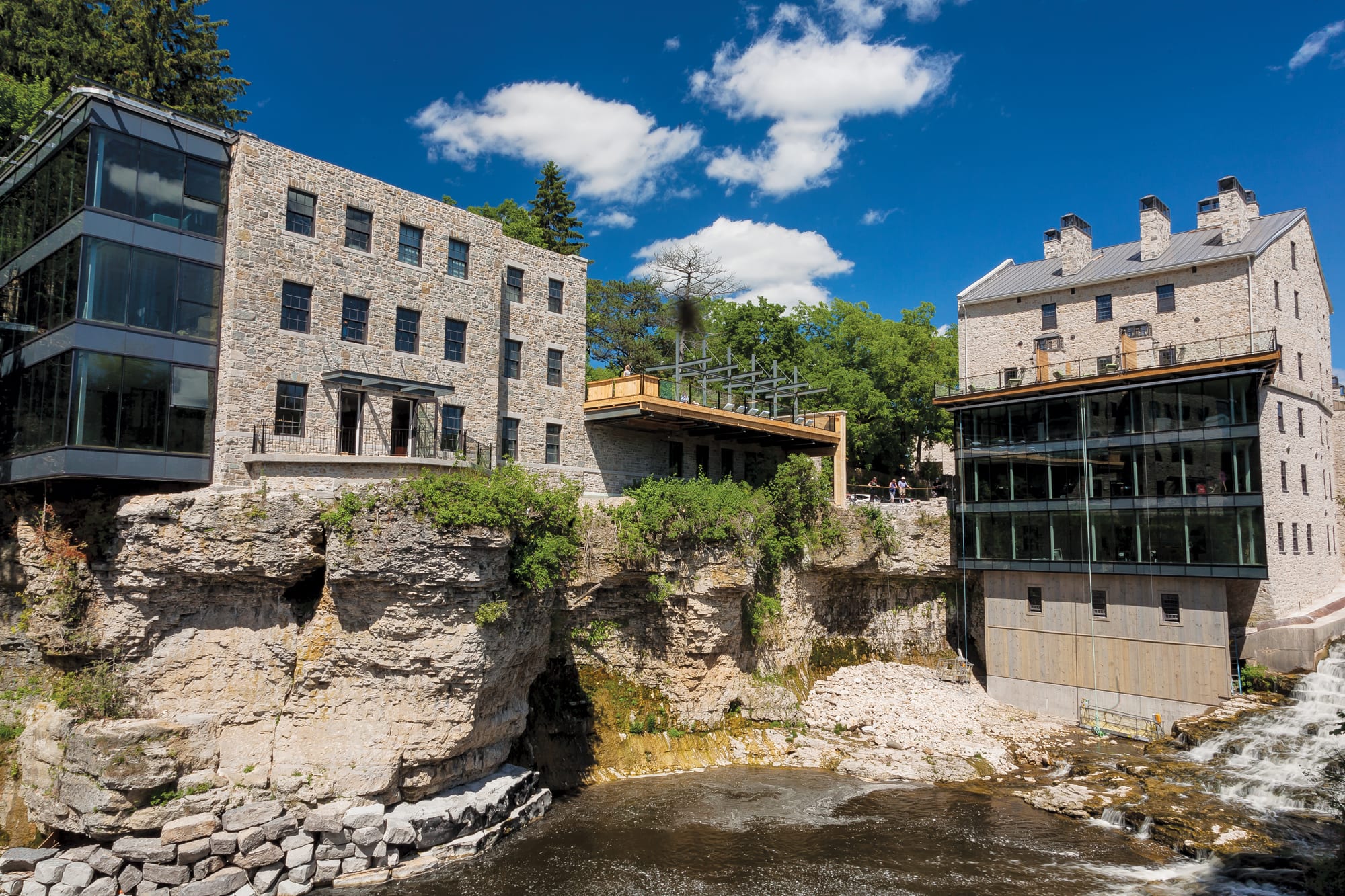 A spa on a waterfall
3The Elora Mill, originally a 19th-century grain producer, has reopened after an eight-year, $27-million renovation. The undisputed highlight: a stunning transformation of the property’s old stables into the Stable Spa, a three-storey glass solarium perched on a roaring waterfall above the famous Elora Gorge. It’s the ideal backdrop for a yoga class, a foot massage or even just hanging out poolside, pretending to be a cast member of the Real Housewives of Ontario. Signature services include the Tooth of Time facial, a plumping and strengthening treatment named after the rock formation at the entrance to the gorge, and the exfoliating mimosa body scrub, whose ingredients include walnut husks and bamboo extract. 77 Mill St., Elora, 519-846-8464, eloramill.ca. 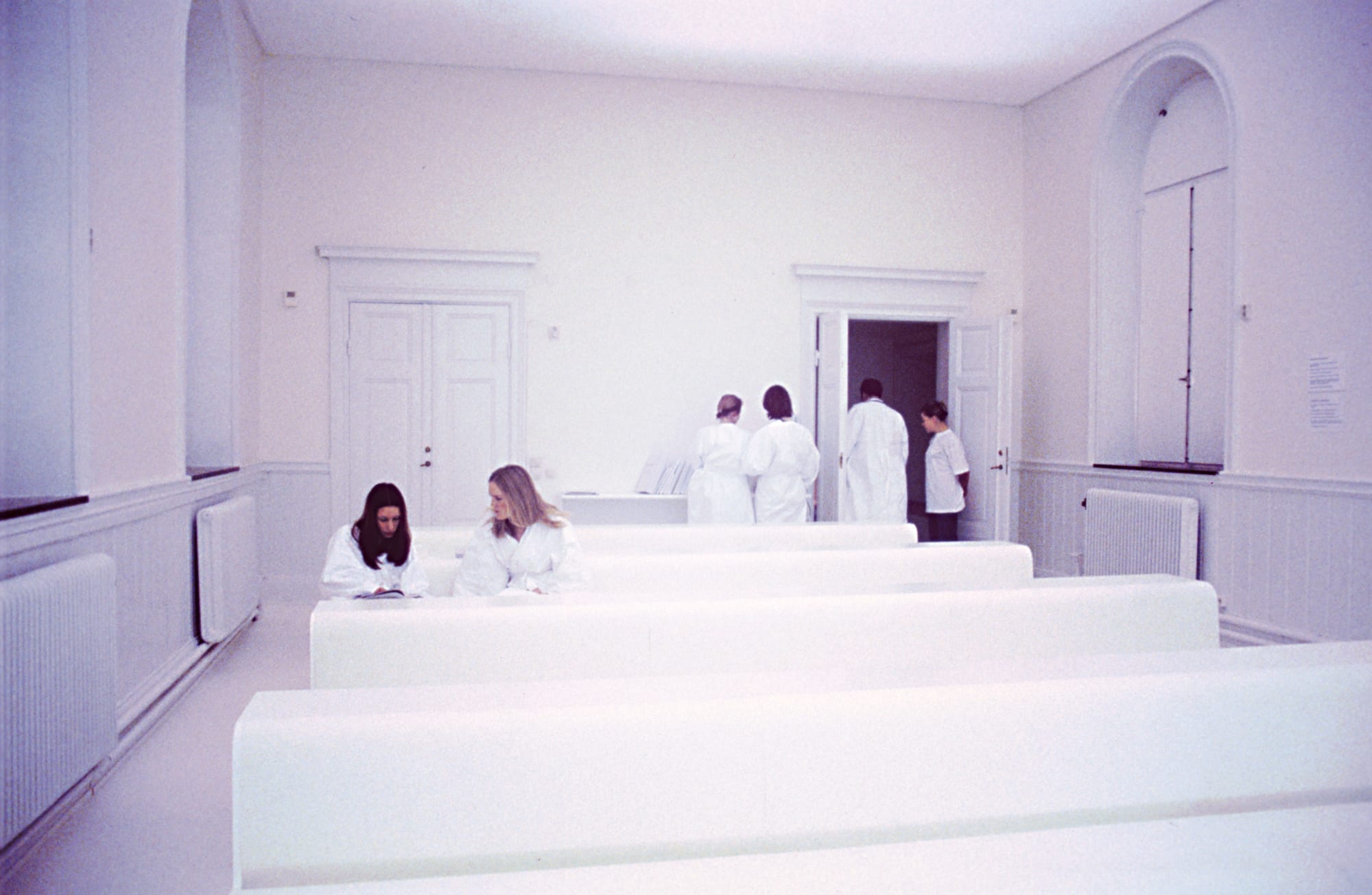 A mood-boosting light therapy room
4The latest exhibit at the newly revamped Museum of Contemporary Art is literally a bright idea. Light Therapy, by the Swedish artist Apolonija Sustersic, is both a meditation on happiness and on how cultural spaces support well-being. Spending time in the room—all white and LED lit to simulate the perfect summer day—may help alleviate Seasonal Affective Disorder by releasing serotonin and resetting circadian rhythms. The space is strewn with sofas, and visitors can sip hot drinks from the museum’s Forno Cultura café—so even if it doesn’t cure the January blahs, at least it offers a reprieve. 158 Sterling Rd., 416-530-2500, museumofcontemporaryart.ca. 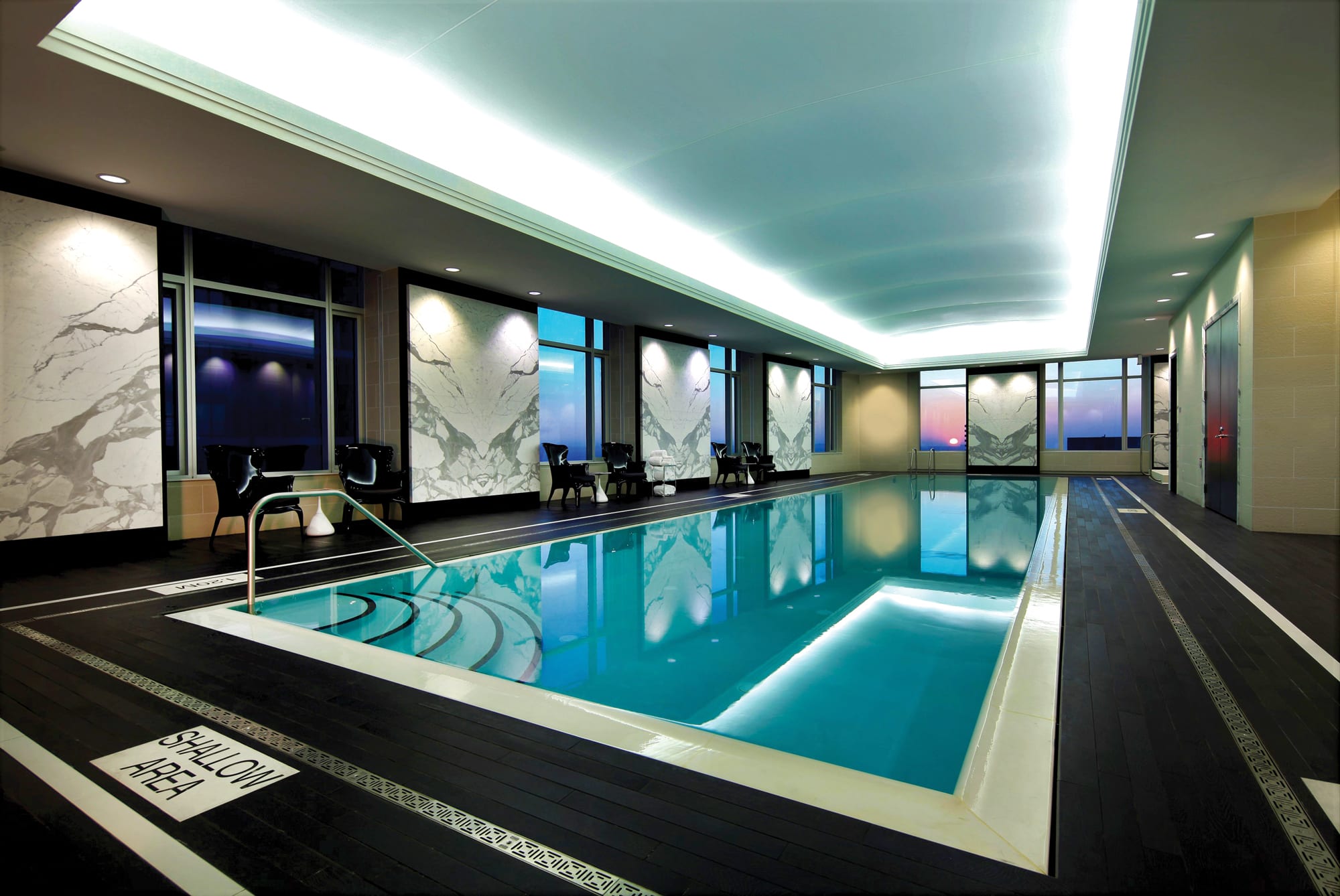 A spa that you can rent by the night
5For couples celebrating a honeymoon, anniversary or merely seeking a night away from the kids, the St. Regis Hotel offers the city’s swooniest retreat. Every detail—the food, champagne, bubble bath scent, even the soundtrack—can be customized with a personal concierge. The indulgence might start with dry-brush exfoliation treatments and 90-minute hot stone massages, followed by a midnight swim in a pool covered with rose petals. Bathing suits, of course, are optional. $3,000 for four hours. 325 Bay St. 416-306-5800, marriott.com. 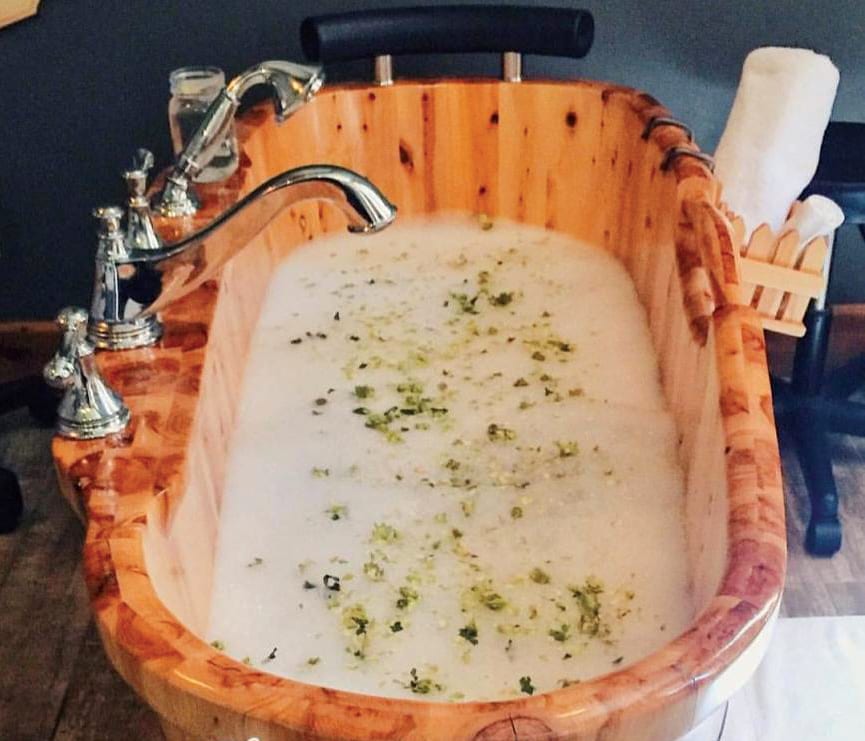 A detoxifying beer soak
6It turns out beer is good for your health—but only if you soak in it. At The Grand River Spa, housed in a former textile factory in Brantford, guests submerge in a cedar tub of warm bubbling suds infused with hops, barley and Vitamin B–heavy yeast, all of which are said to draw out toxins while improving the skin’s elasticity and hydration. Speaking of hydration, guests can’t drink the bathwater (gross), but they do get a complimentary pint from Ramblin’ Road, a nearby brewery in Norfolk County. $58. 202 Grand River Ave., Brantford, 519-759-1311, grandriverspa.com. 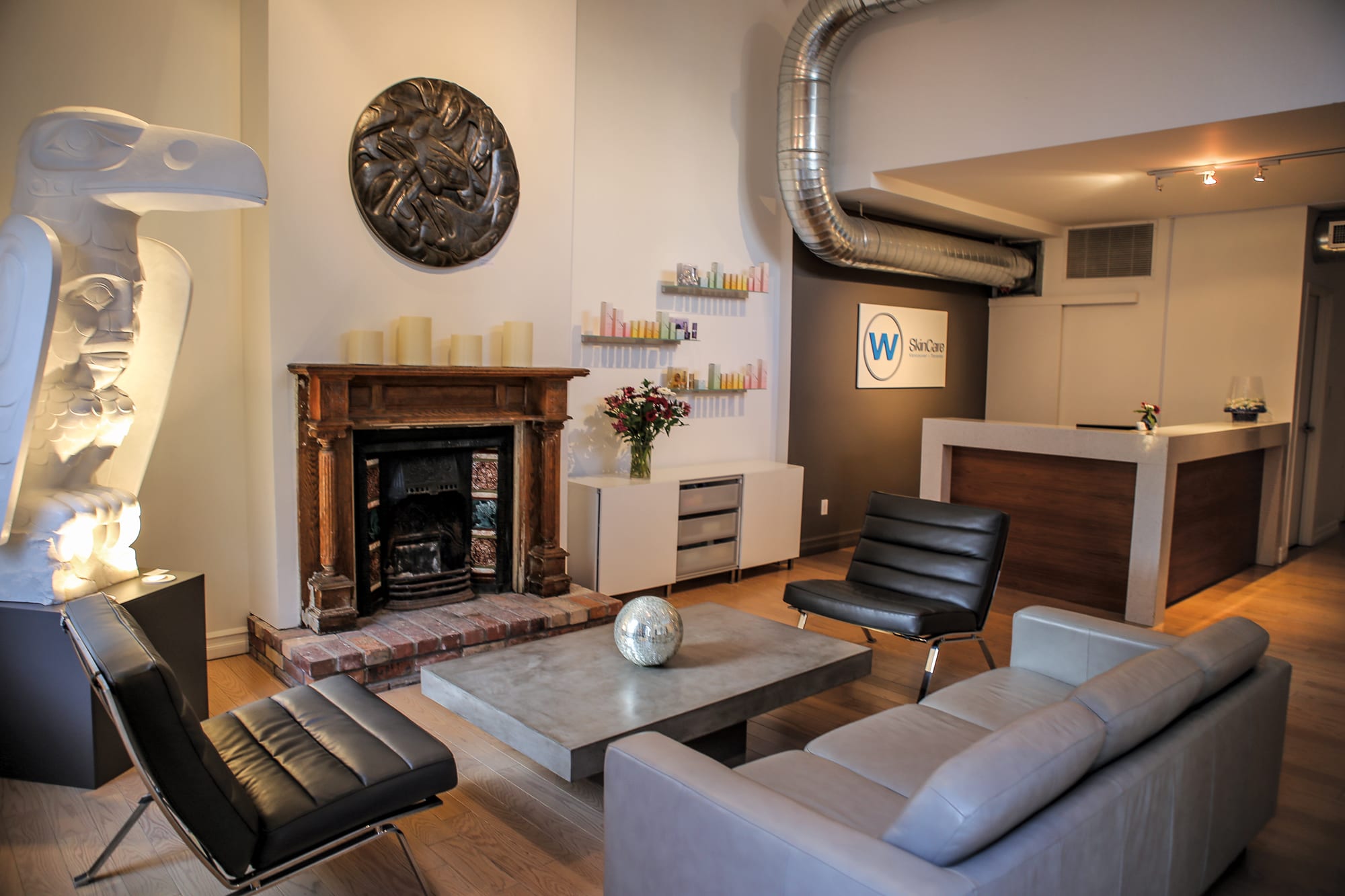 Duchess-approved destinations
7While living in Toronto, Meghan Markle visited W Skincare (67 Portland St., 416-599-2711) for the Hollywood Six, which requires six consecutive weekly sessions of cold-laser therapy and is said to smooth skin texture and boost collagen production. Her venue of choice for facials and massages was the Miraj Hammam Spa in the Shangri-La Hotel (188 University Ave., 647-253-5770), a Marrakesh fantasy of Moroccan tile and steam baths. And Saana (577 Wellington St. W., 416-361-3033) is her favourite Toronto spot for hot yoga and vinyasa classes. 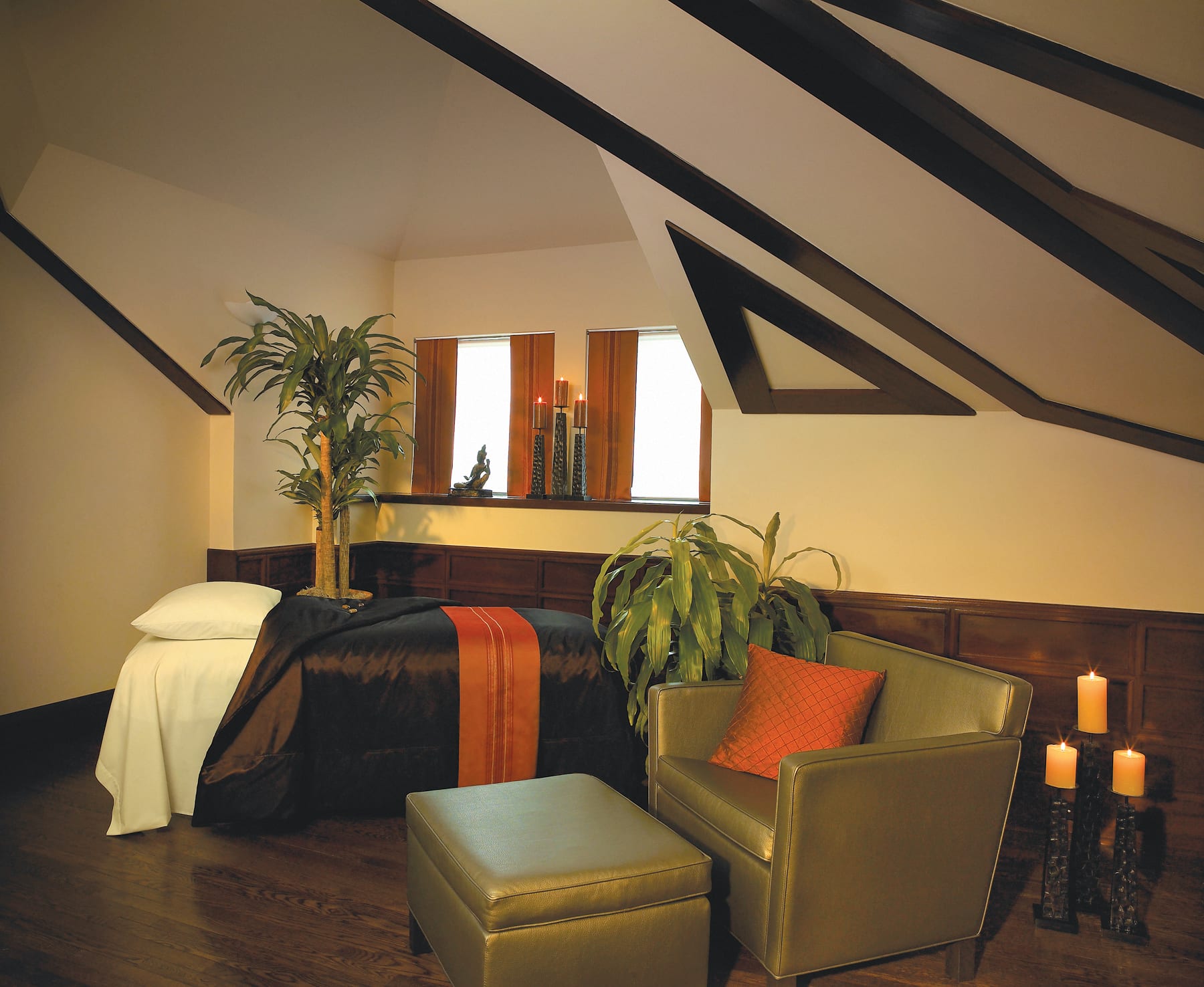 A luxe spa package for dudes
8The Men’s Essential Retreat at Elmwood Spa is a half-day luxury binge: a Swedish massage, a mani-pedi, facial, water therapy, and unlimited access to the hot tub, pools and steam room. A three-course lunch at the Terrace restaurant is included, because there’s no comfort like carbs. $385. 18 Elm St., 416-977-6751, elmwoodspa.com. 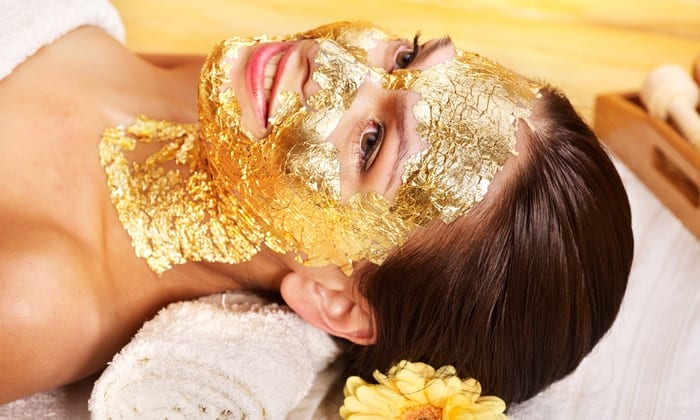 Outrageously fancy facials
9For criminally opulent, totally-checked-out-of-reality skincare splurges, Toronto facialists have you covered. At Sweetgrass (111 Queen St. E., 647-691-6906), the menu includes a Midas mask made of 24-karat-gold, said to reduce acne inflammation and boost cell growth (it also looks great on Instagram. The Four Seasons’ (80 Yorkville Ave., 416-964-0411) rose-gold treatment begins with a peel containing real diamonds, followed by a gold jelly mask and a rose-gold massage, purported to boost collagen and reduce wrinkles. The most decadent option, for a whopping $625, comes out of the Hazelton Hotel (118 Yorkville Ave.,416-963-6300), where beauticians coddle your skin with two cleanses, three facial massages and four masks—all made from the honey, propolis and royal jelly produced in Swiss beehives, said to contain miraculous moisturizing properties.