Close to 1,000 designs will be on display

Graphic tees these days are more than just apparel. They make all kinds of statements, from the political (ahem, Rihanna) to the purely punny. Finding a tee that speaks to you is like finding a piece of pirate’s gold. That said, it sometimes takes years of sifting through thrift stores to find that one gem you’ll wear religiously. UNIQLO’s huge new series of collaborations is a game-changer for anyone who’s ever dreamed of proudly sporting their love of Chupa Chups or affinity for obscure animé on their chest.

Although the brand has a cult following for basically everything they sell, from their undershirts to their designer collaborations, their latest UT Collection (it stands for UNIQLO T-Shirts) is set to break the Internet with its sheer scale. To celebrate the launch, UNIQLO is hosting a dazzling four-floor exhibit at 202 Queen Street West from May 2 to 5. Attendees will be able to ogle nearly 1,000 different graphic tee designs displayed among art installations and other interactive pieces.

Rei Matsunuma, Director, UT Collaboration for UNIQLO, has been dreaming up UT collections since 2014, with each successive season getting bigger and better. He says providing so much choice this year was a no-brainer. “A T-shirt is more than just a T-shirt. It’s an expression of who you are. Where you’ve been. What you love.”

This year’s limited-edition collection draws on a massive range of authentic cultural references, and takes inspiration from traditional brands, up-and-coming artists and comic book characters. Each design was created exclusively for the collection. Says Matsunuma: “What you see may be familiar, but you’ve never seen them before.”

There are plenty of niche collaborations, like one with Japanese manga Weekly Shonen Jump for its 50th anniversary. UT came out with graphic tees that honour over 30 top animé and manga titles, including Dragon Ball, Naruto and Hunter x Hunter. The winning designs of this year’s Marvel-themed UT Grand Prix competition are also totally unexpected. UNIQLO picked the 17 best superhero submissions (of over 8,500) from fans around the world. 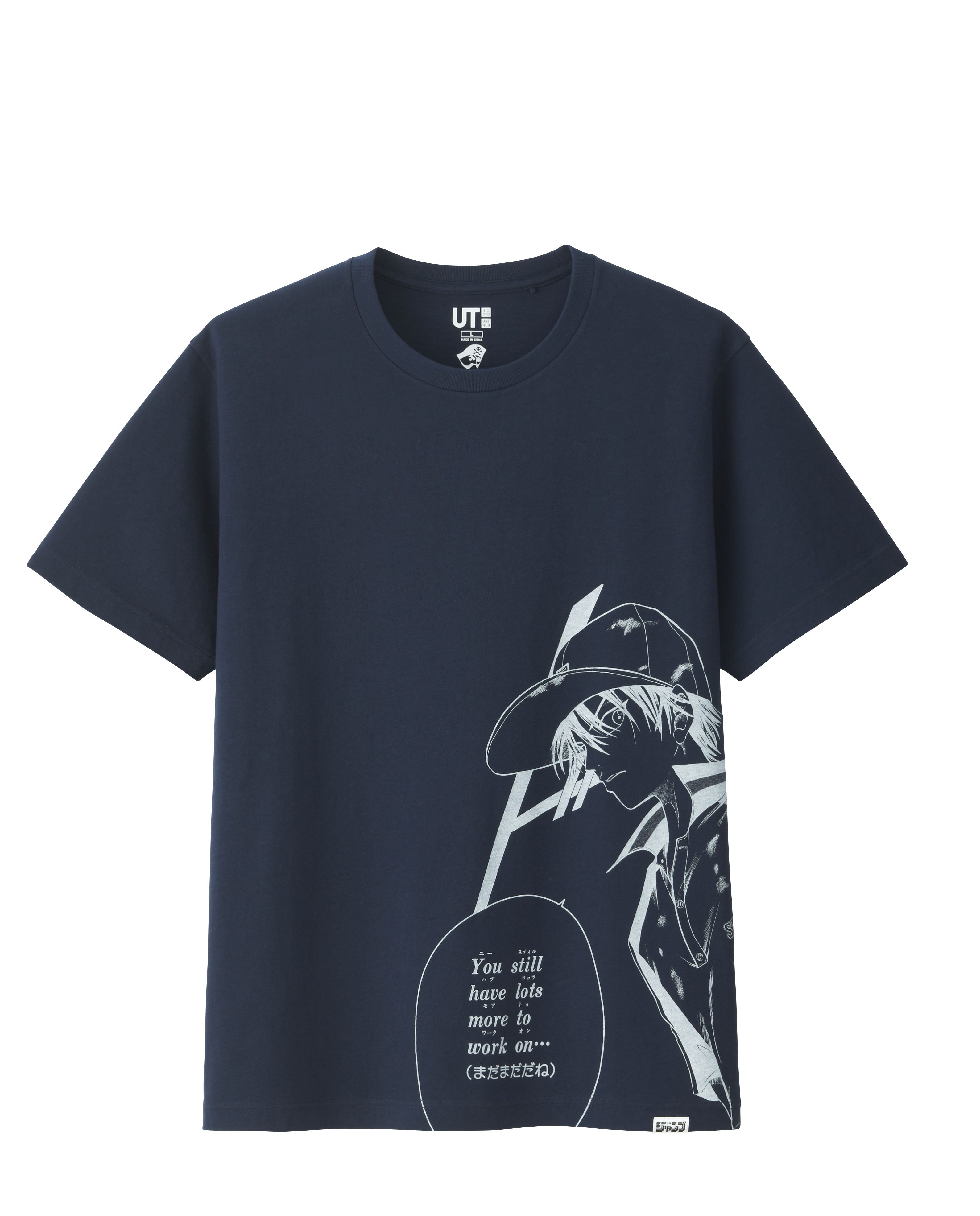 Others are as classic as the Queen. Studio Sanderson is an interiors brand that’s served the British royal family for nearly a century. They’re known for creating timeless floral and botanical-inspired designs. For their UT collection, the brand designed women’s and girls’ T-shirts printed in pretty peonies and lush greenery.

Local creatives will love the art collection, which features designs by Jean-Michel Basquiat, N.Y.C.-based typography artist Timothy Goodman (his shirt that reads, “Don’t look for love look for pizza,” is bound to be a crowd-pleaser), and Charles and Ray Eames, of chair fame. Six artists and illustrators also created their own, totally unique versions of Mickey Mouse. Kevin Lyons, for instance, whose monster characters appear on murals around the world, depicted the faces of Mickey and his pals as aging grandparents.

Toronto’s brand loyalists can browse through tributes to iconic labels, from Volkswagen Beetles to Ladurée, the Parisian macaron maker. But probably even more exciting of all for anyone who came of age in the 1980s is a collection devoted to retro American movies, like Star Wars, E.T. and Back to the Future. After all, publicly sporting your old-school film preferences is the best way to handle nostalgia. Visit the exhibit to scope out which one you like best.

Having trouble connecting on desktop? Try this link:
http://www.UNIQLO.com/ca/en/special/UT/2018.html