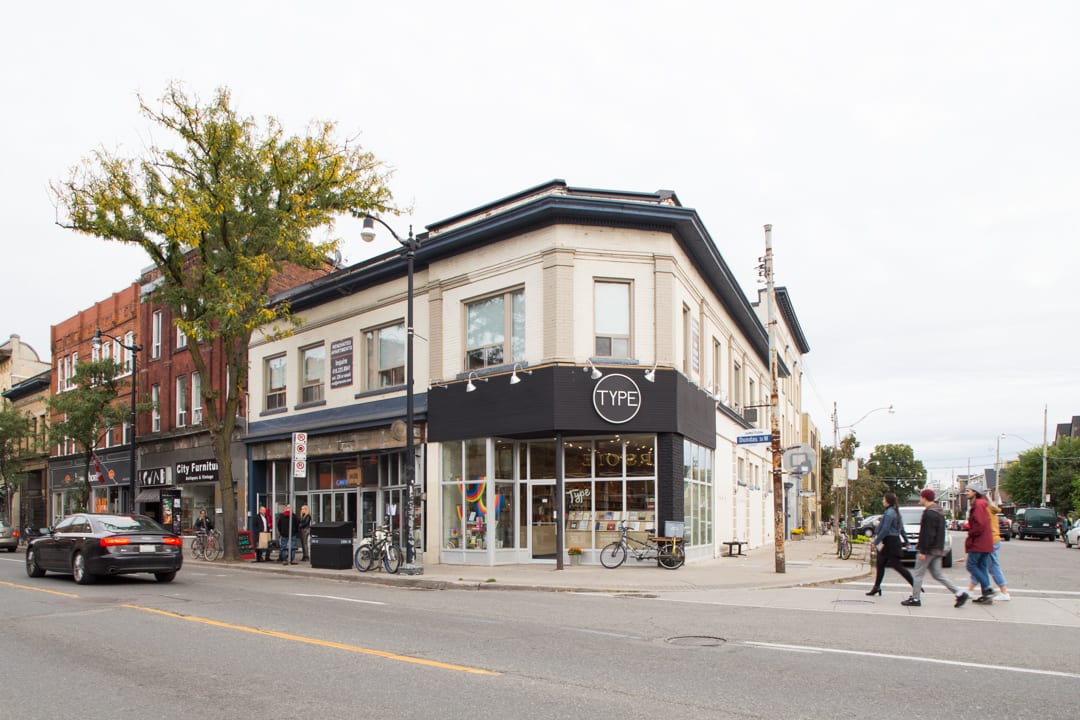 It’s not every day a new indie bookstore opens up in downtown Toronto. The Junction’s latest, the third outpost of Type Books, is particularly pretty. Co-founders Samara Walbohm and Joanne Saul met doing their PhDs at the University of Toronto. They opened their first location, on Queen West, in 2006. “It was a time when a lot of independent bookstores were closing—and we missed them!” Joanne says. Type has been able to satisfy the city’s literary desires in ways that big-box stores and online retailers can’t, in part by collaborating with publishers, showcasing local artists and running not-for-profit programs for kids. “It’s an overused term, but we truly wanted to act as a community hub, and be grounded in our neighbourhood,” Joanne says.

For the past year, Joanne and Samara had been getting a steady flow of encouragement to open in the Junction—particularly from their manager, Rebecca Andoff, and their window designer, Kalpna Patel, both of whom live in the area. “We were getting a lot of positive pressure suggesting it was exactly the kind of neighbourhood that was ripe for an independent bookstore, and Type in particular,” Joanne says. In the spring, they found the perfect spot: a corner storefront at Dundas and Keele with tons of natural light, a wall of exposed brick and great curb appeal.

When it came to curating the selection of books, they turned to their local insiders to get a sense of the neighbourhood’s needs. In addition to best-sellers from their other stores, they made sure to have especially strong design, cooking and arts-and-crafts sections. They’re planning lots of launch events and parties this month, so keep an eye on the store’s Instagram page to stay in the loop.

The rainbow installations were made by Kalpna, who has been doing Type Books’ windows for over a decade. “We give her completely free rein to do whatever she wants,” says Joanne: 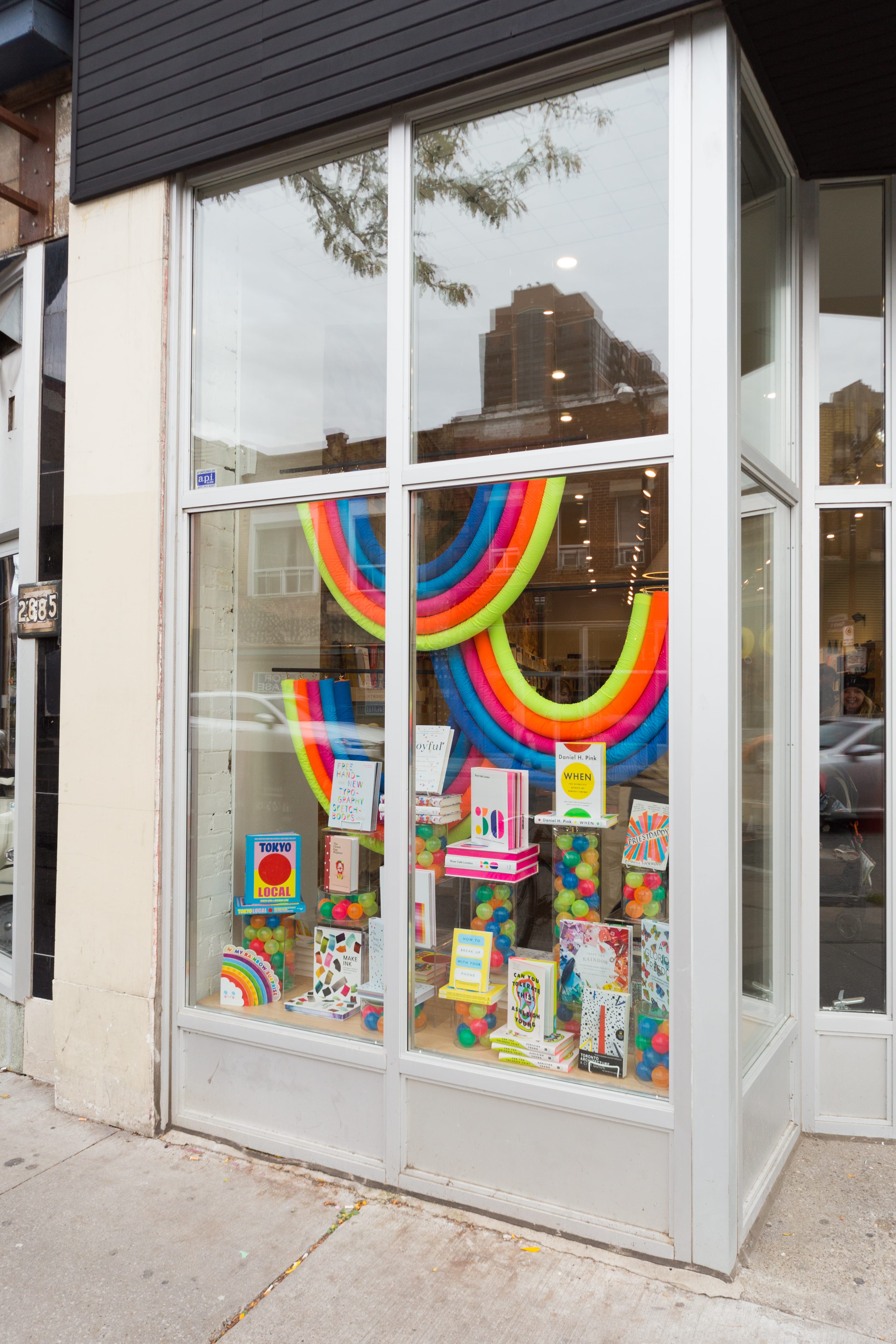 The place used to be a dispensary, and was already in pretty good condition when Type Books took possession in the spring:

They wanted the interior to be as bright as possible, so they added more lighting. They also had minimalist displays and fixtures custom-made. “We wanted to make it Type, but also distinctive,” Joanne says: 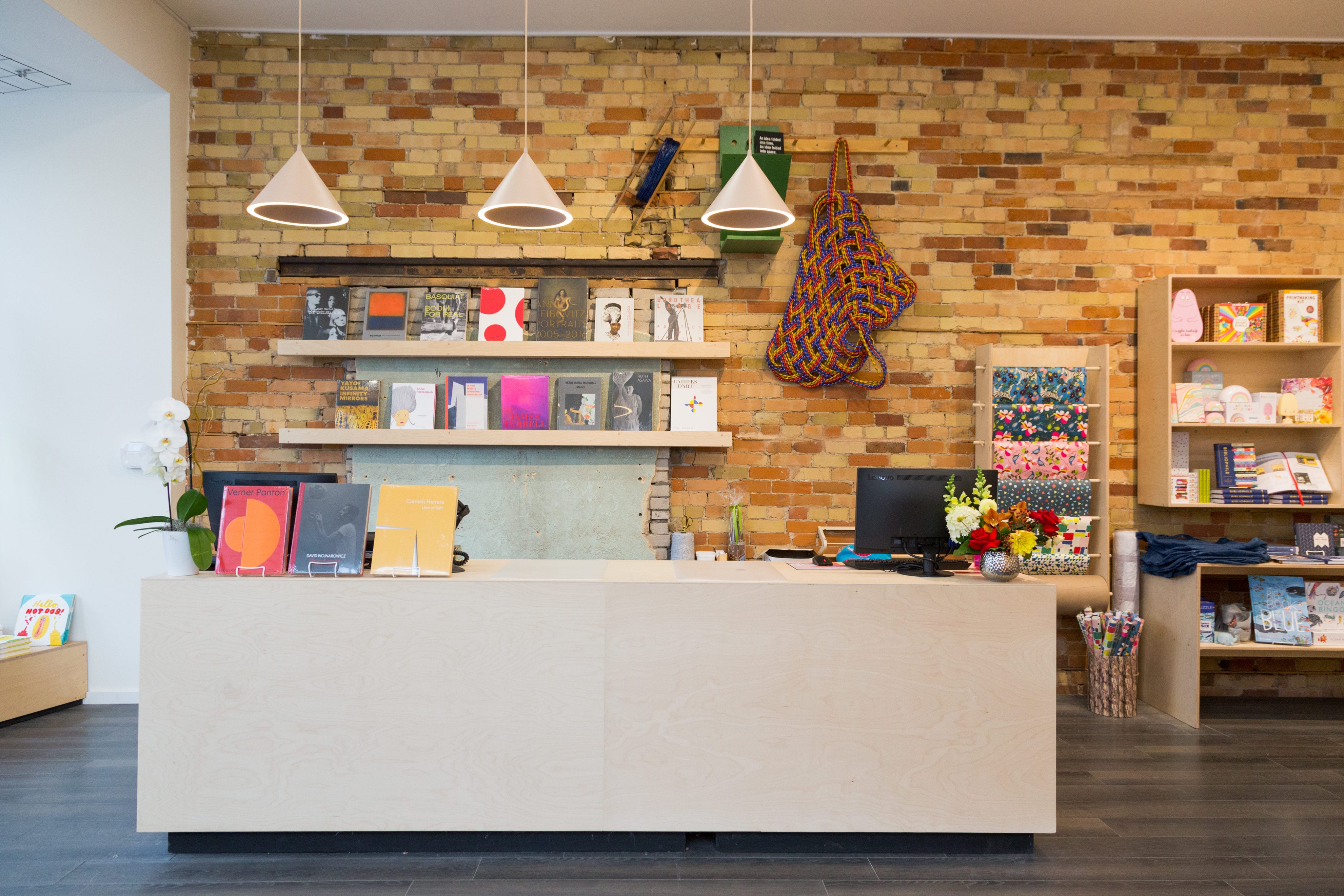 Type has always collaborated with local artists on tote bag designs. This one is by GuyGuyGuy: 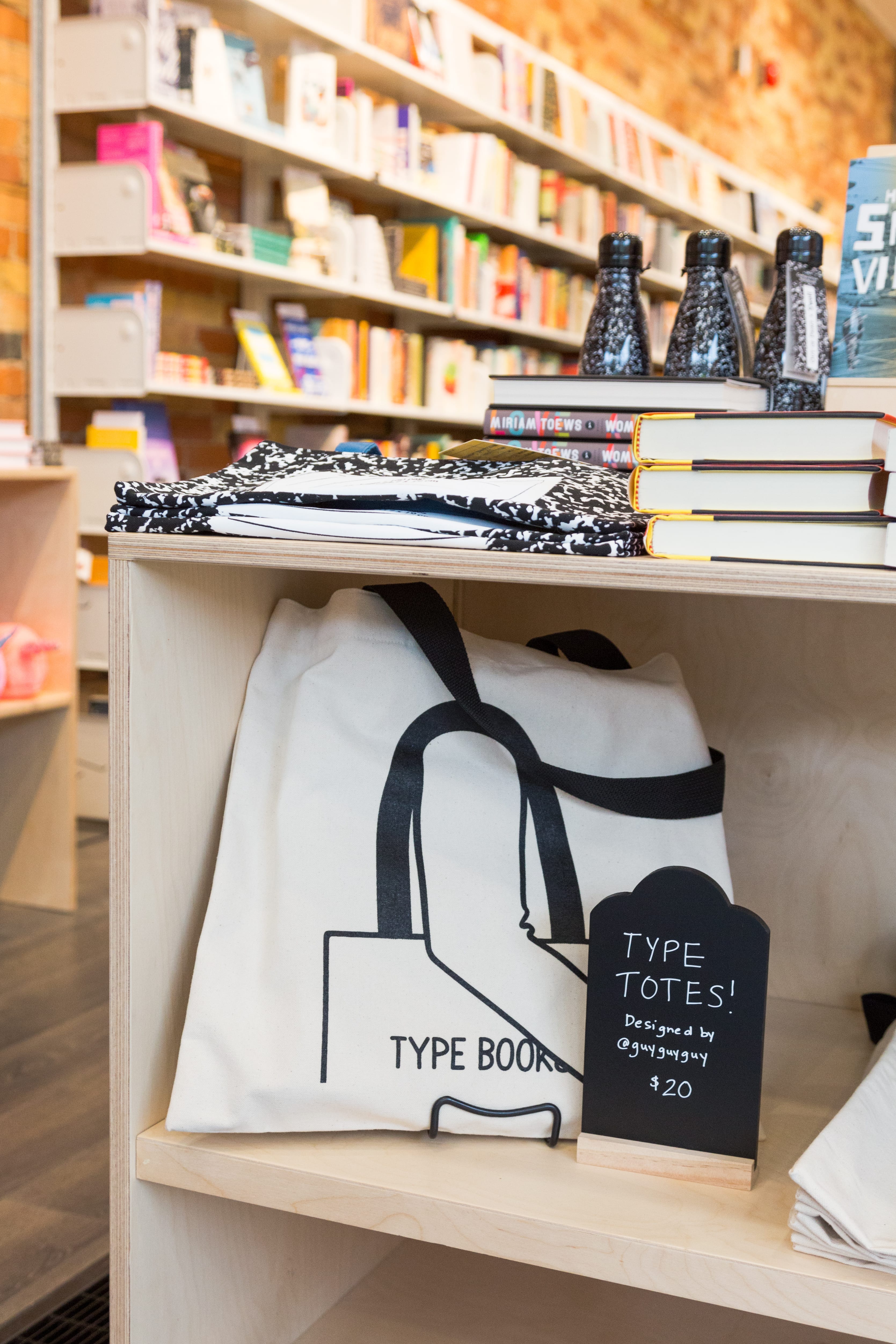 Here’s the window display from the inside: 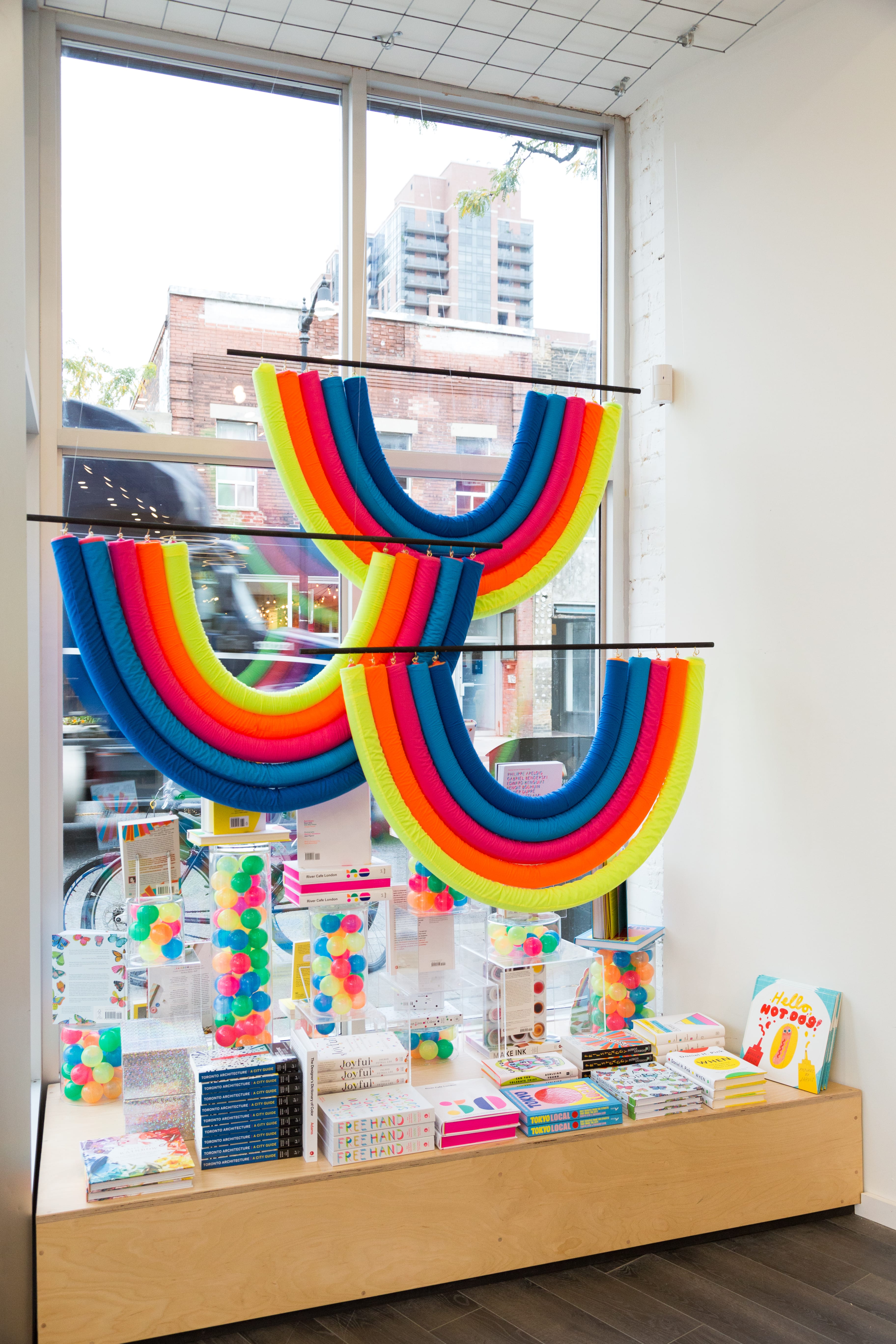 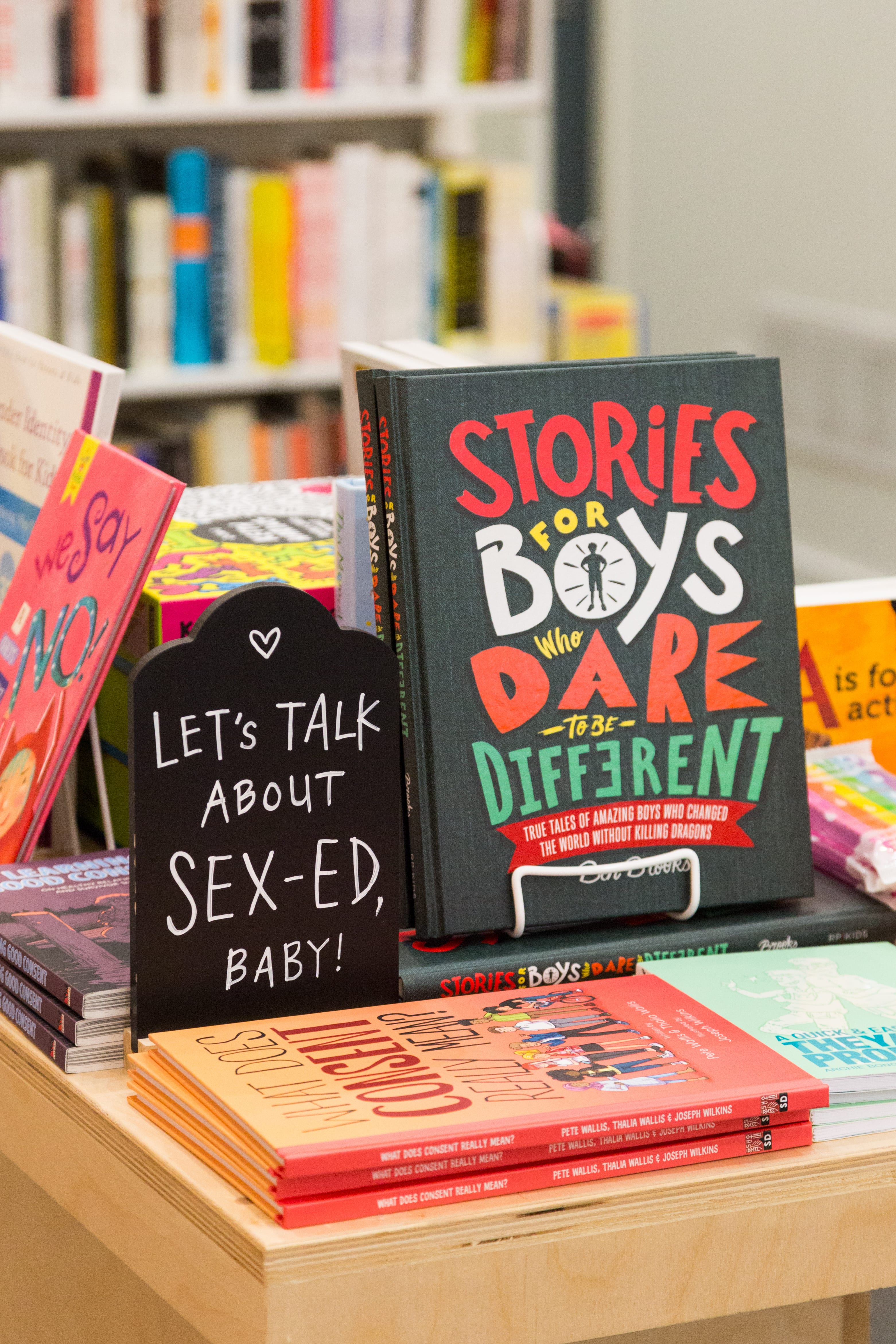 There are plenty of progressive children’s books: 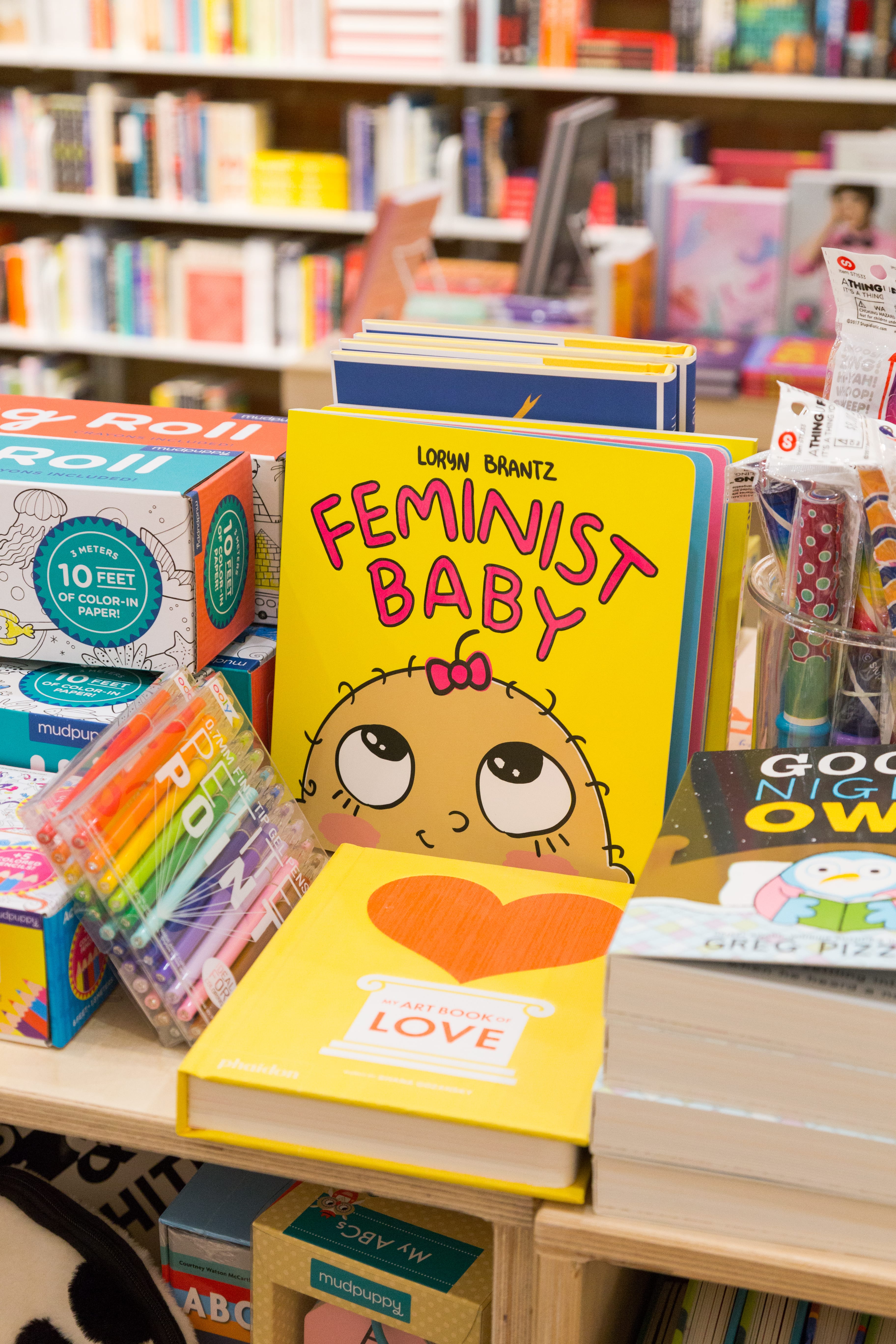 And a kids’ reading corner: 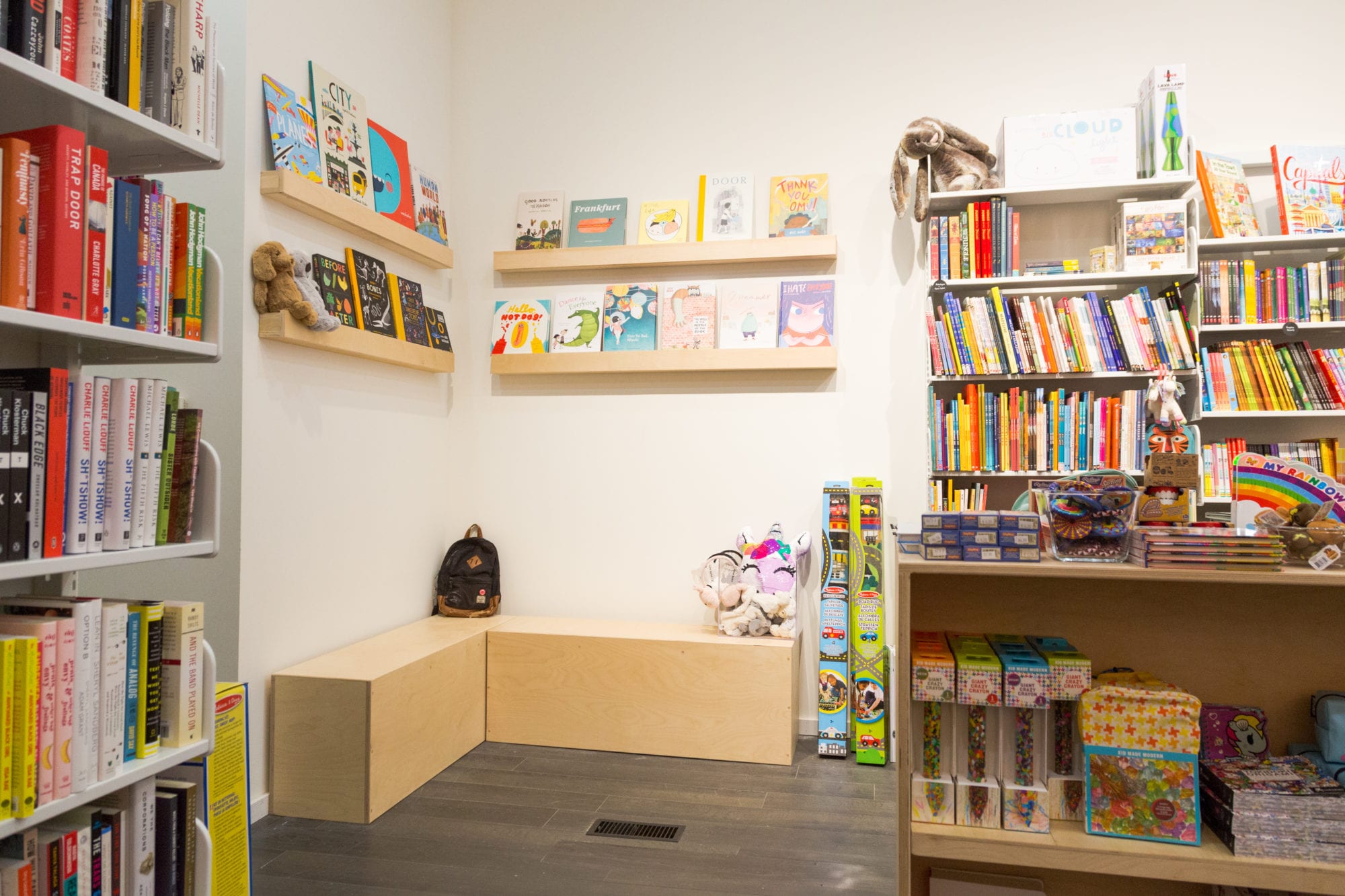 Grownups can learn how to cook with weed: 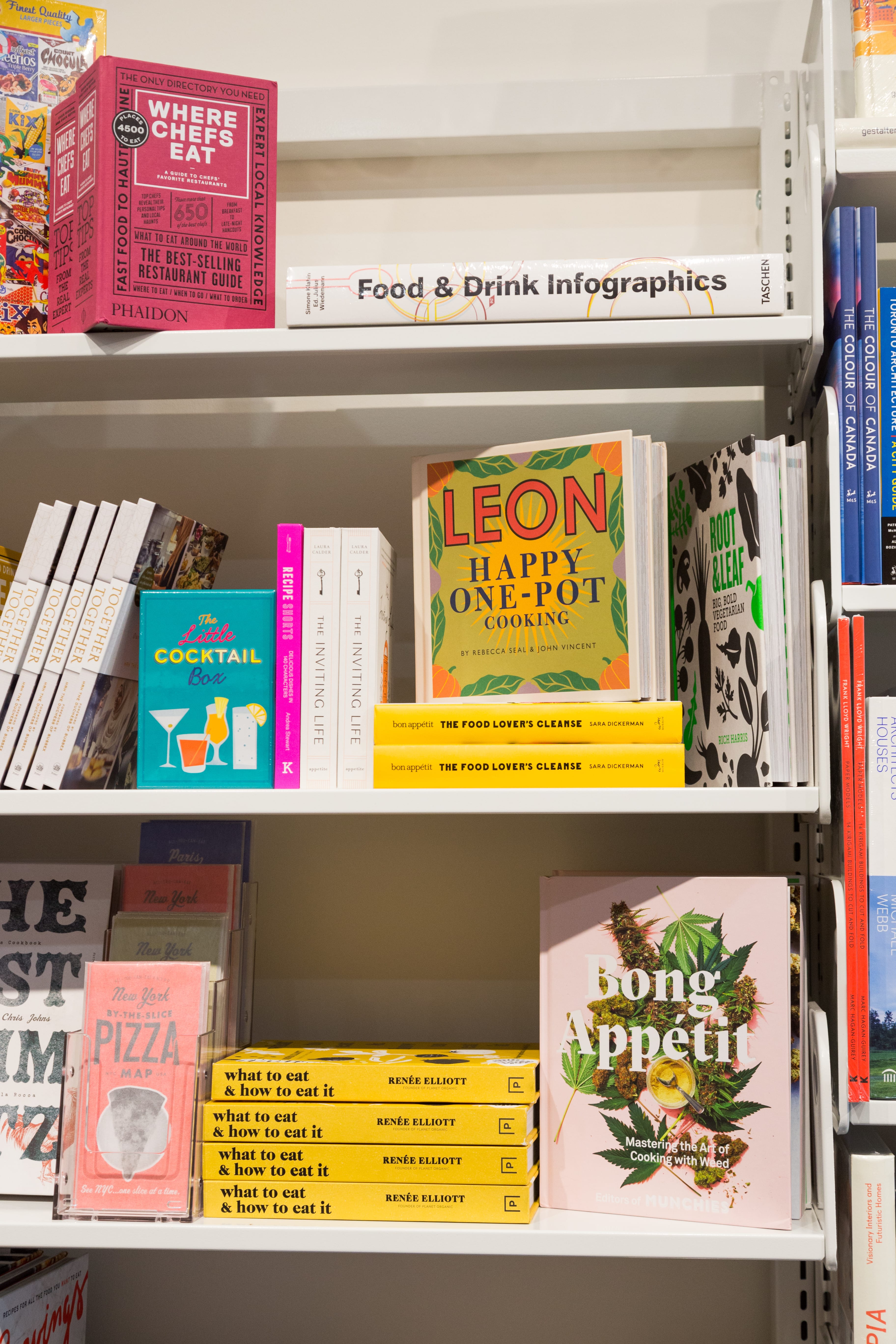 And trust that the staff picks are guaranteed to be good reads: 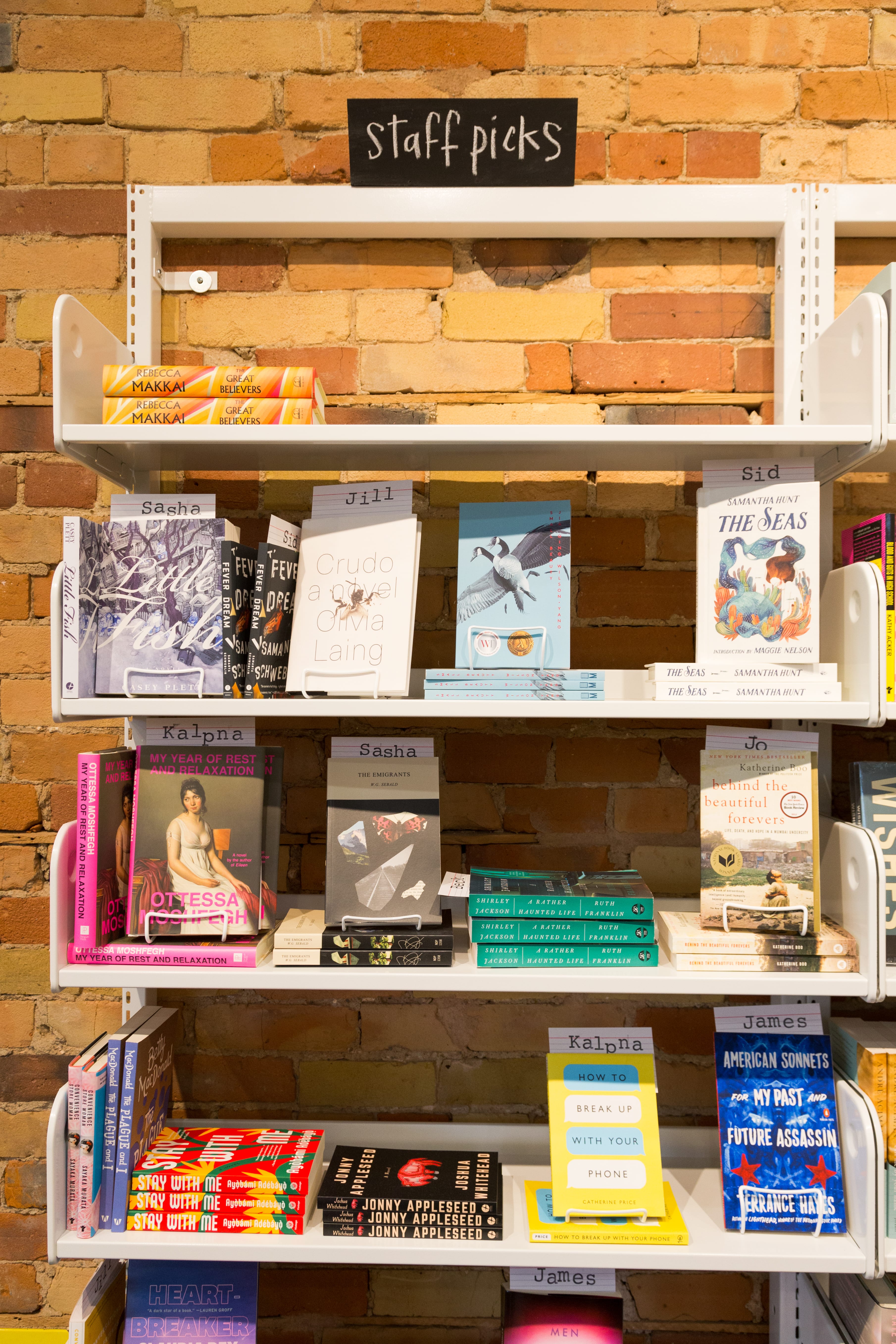