Inside the playful, cozy offices of Toronto-based mattress maker Endy

Inside the playful, cozy offices of Toronto-based mattress maker Endy

When Endy launched in 2015, a handful of employees worked from a teeny office space inside the Burroughes Building. It was a typical start-up environment, with mattresses everywhere and a bell that staff would press every time they made a sale. In 2017, they moved to a slightly bigger, loft-like space at Yonge and Shuter. By then, they had 15 employees, but the staff quickly ballooned to 50 and personal space became rare. They started searching for a long-term home and found a totally raw floor of a high-rise at Church and Adelaide that they could make their own.

They renovated the space in just three weeks, polishing the floors, building out meeting rooms and painting the space in bold Endy colours (navy blue and fuchsia). They worked with local design firm Harrison Fae to create a comfortable and homey feel, with plenty of Canadiana touches to reflect the brand’s roots (the founders are from Calgary, but the brand’s always been based in Toronto). They wanted the opposite of a rigid office environment, so they decided to forgo a traditional receptionist. Instead, they added tons of playful touches, including hopscotch, pool and ping-pong tables, and mini-putt. Also available for staff: the brand’s signature nap pods, which are also found at their west-end pop-up, for when employees need to catch some z’s between meetings.

The elevator doors open onto a hallway that was designed to look like the Queen subway station, as an homage to their original location: 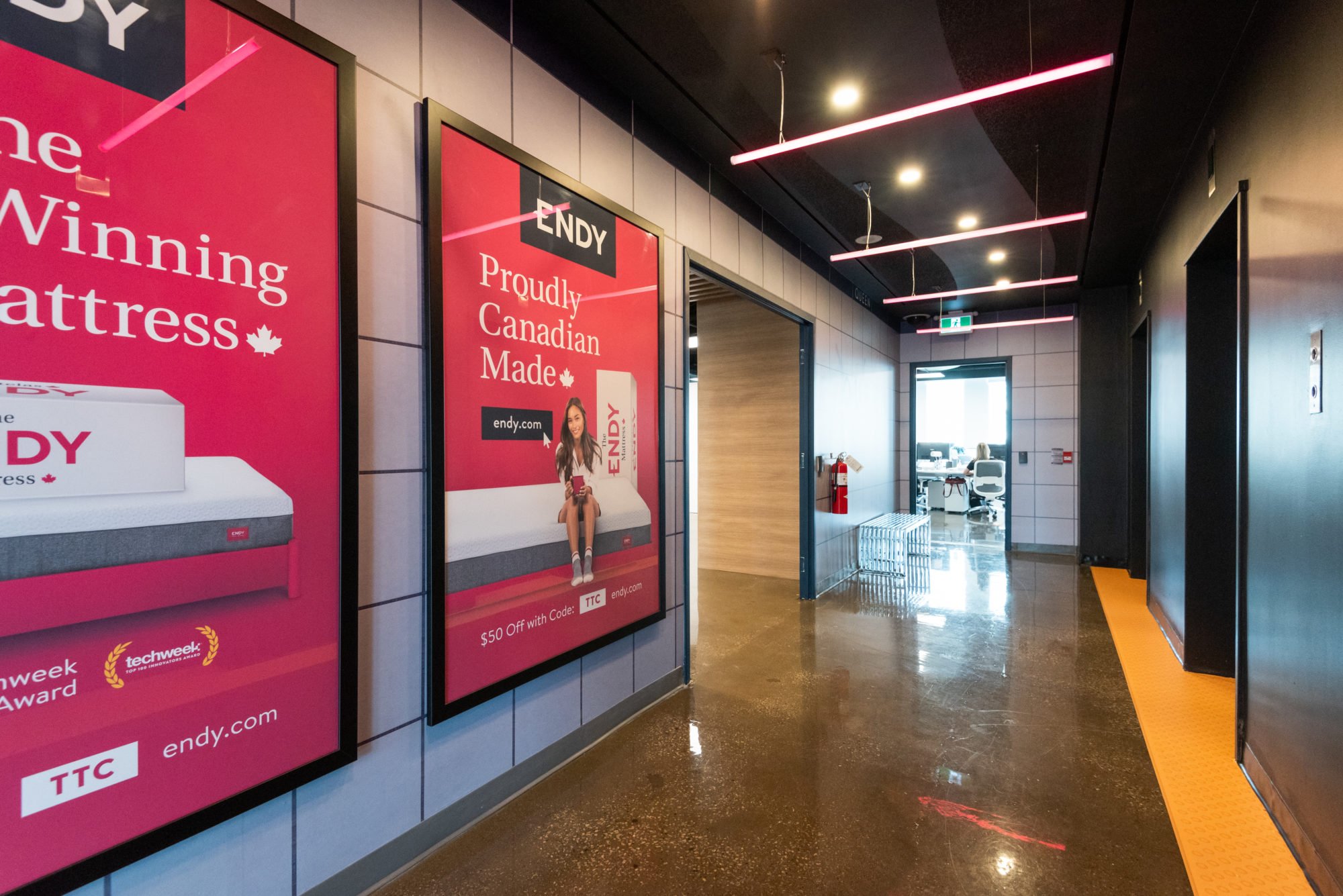 In the lobby, an iPad doubles as a receptionist. Visitors simply type in the name of the person they want to see and shoot off an email: 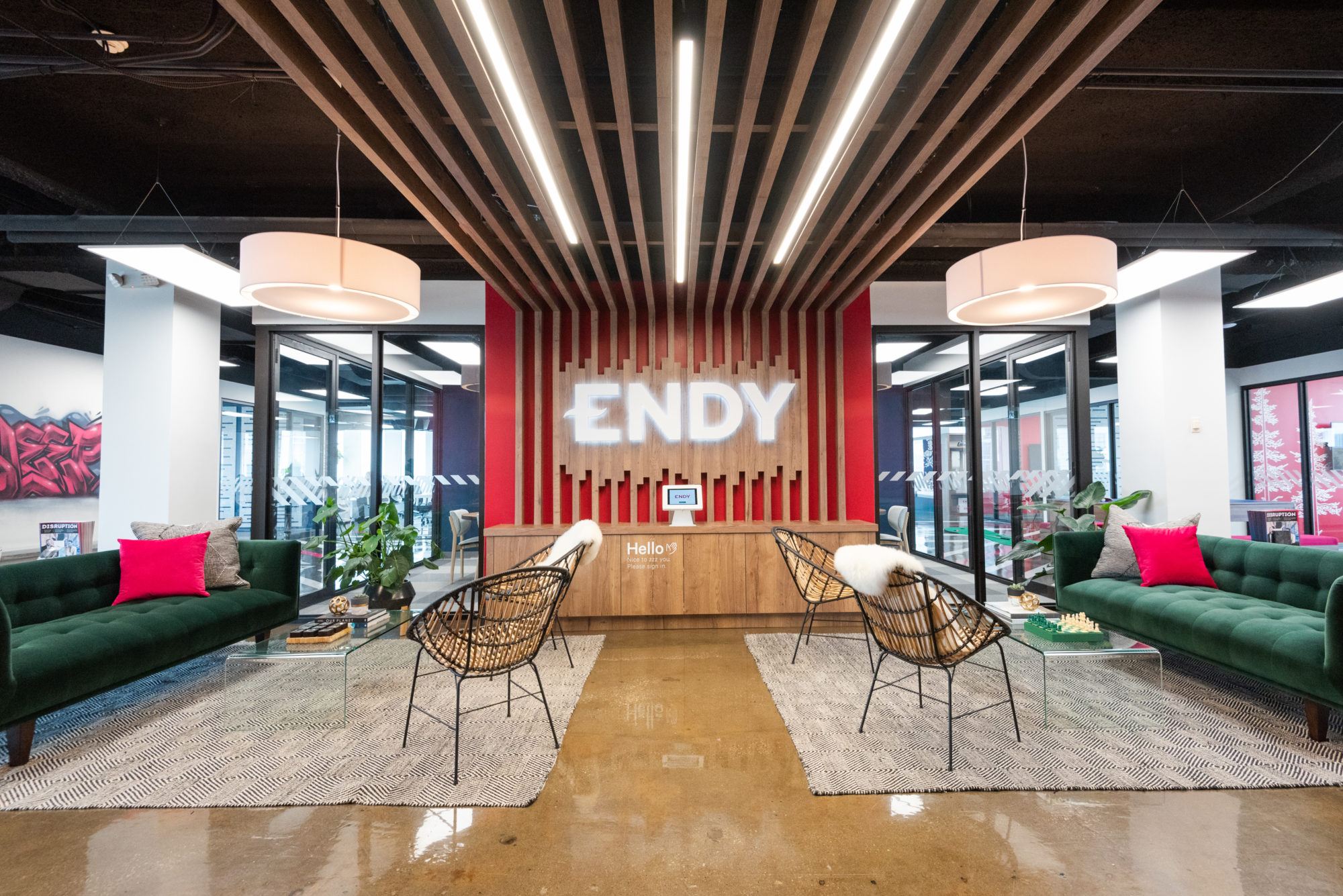 Staff members were asked what they wanted in the new office, and one of the answers was flexible work spaces. These fuchsia booths are great for meetings, phone calls or solo work time: 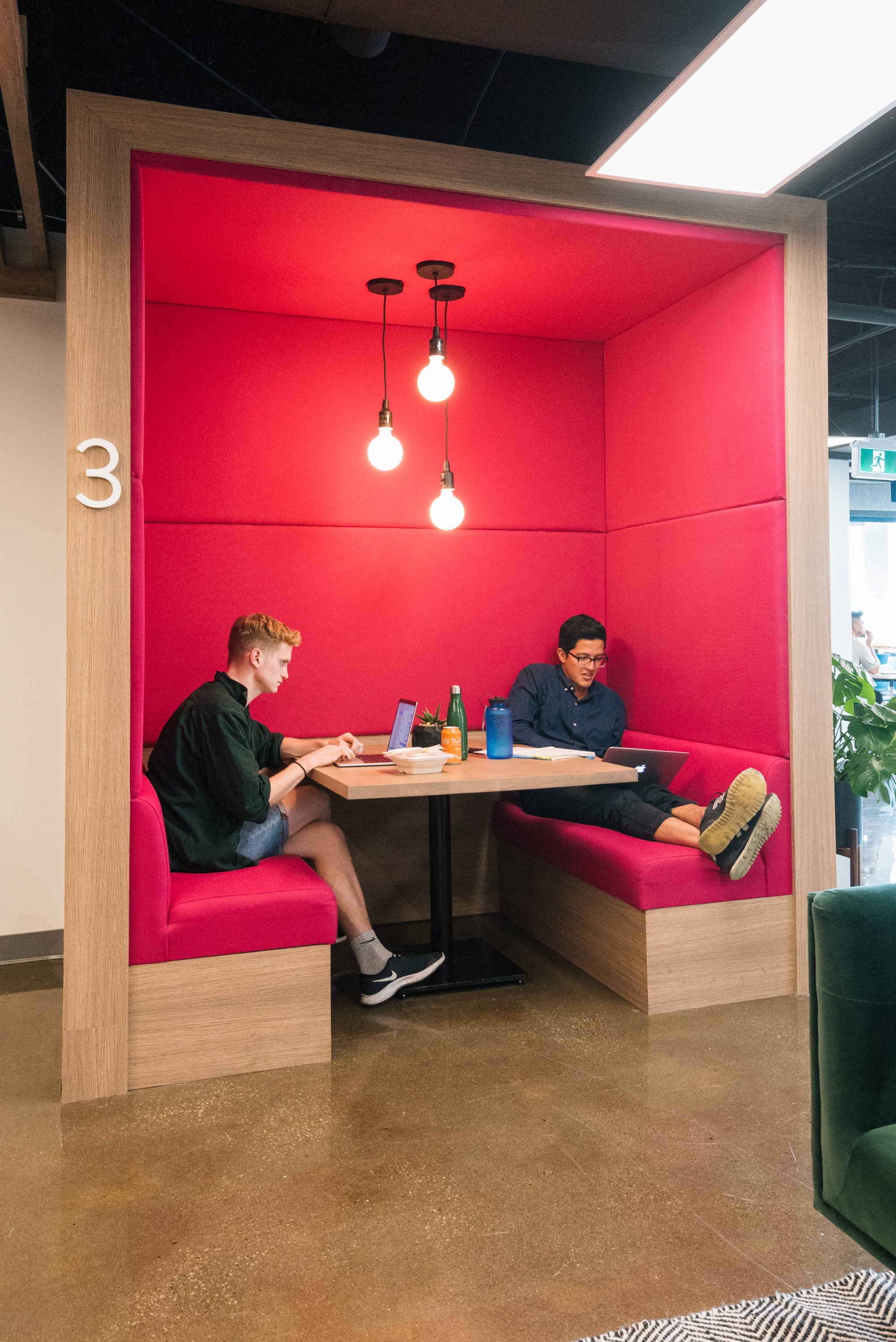 This faux patio is called the Raccoon Lounge, for obvious reasons: 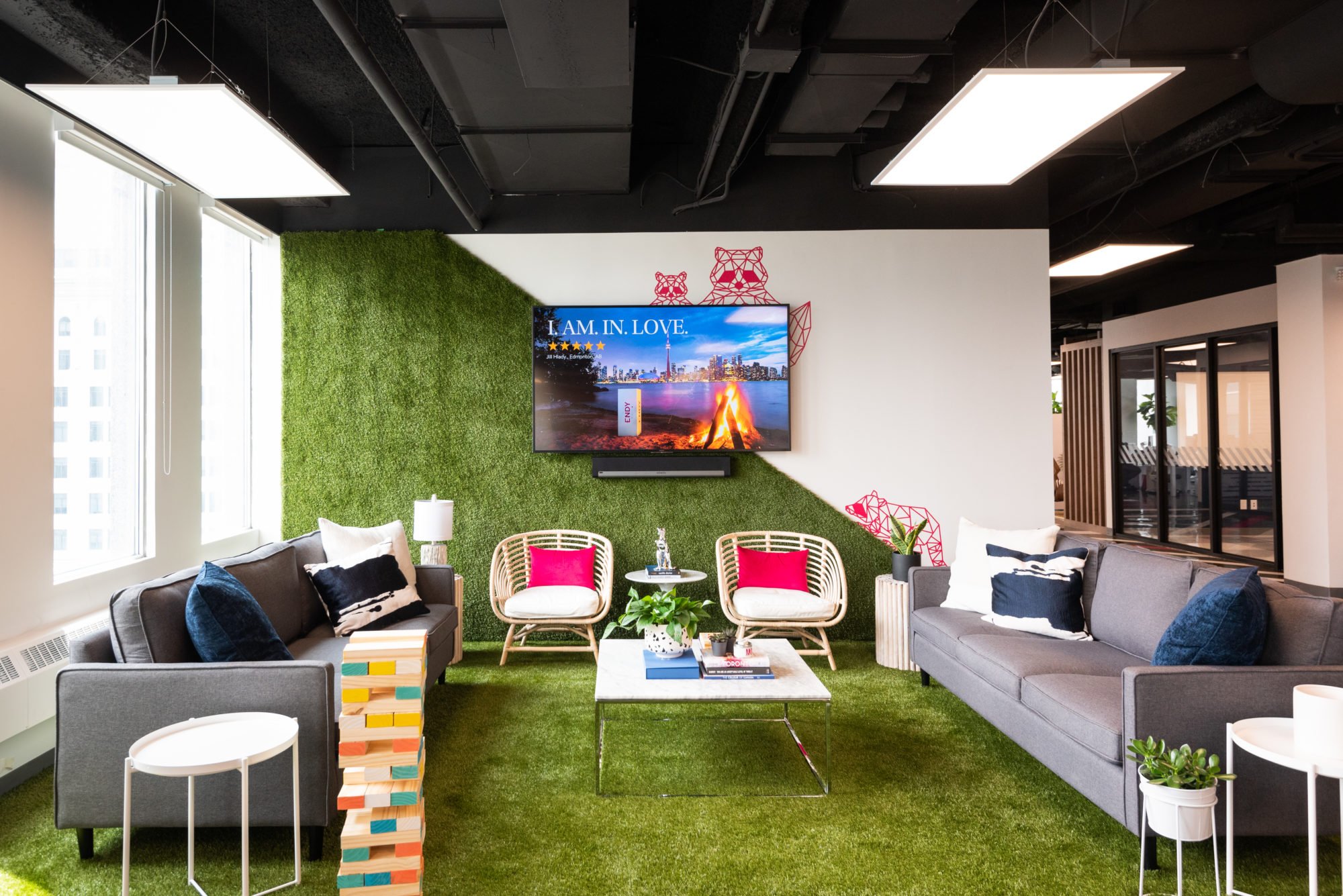 The kitchen is where they often gather for all-staff meetings. There are plenty of snacks on hand, and a fully stocked beer fridge for Friday afternoons: 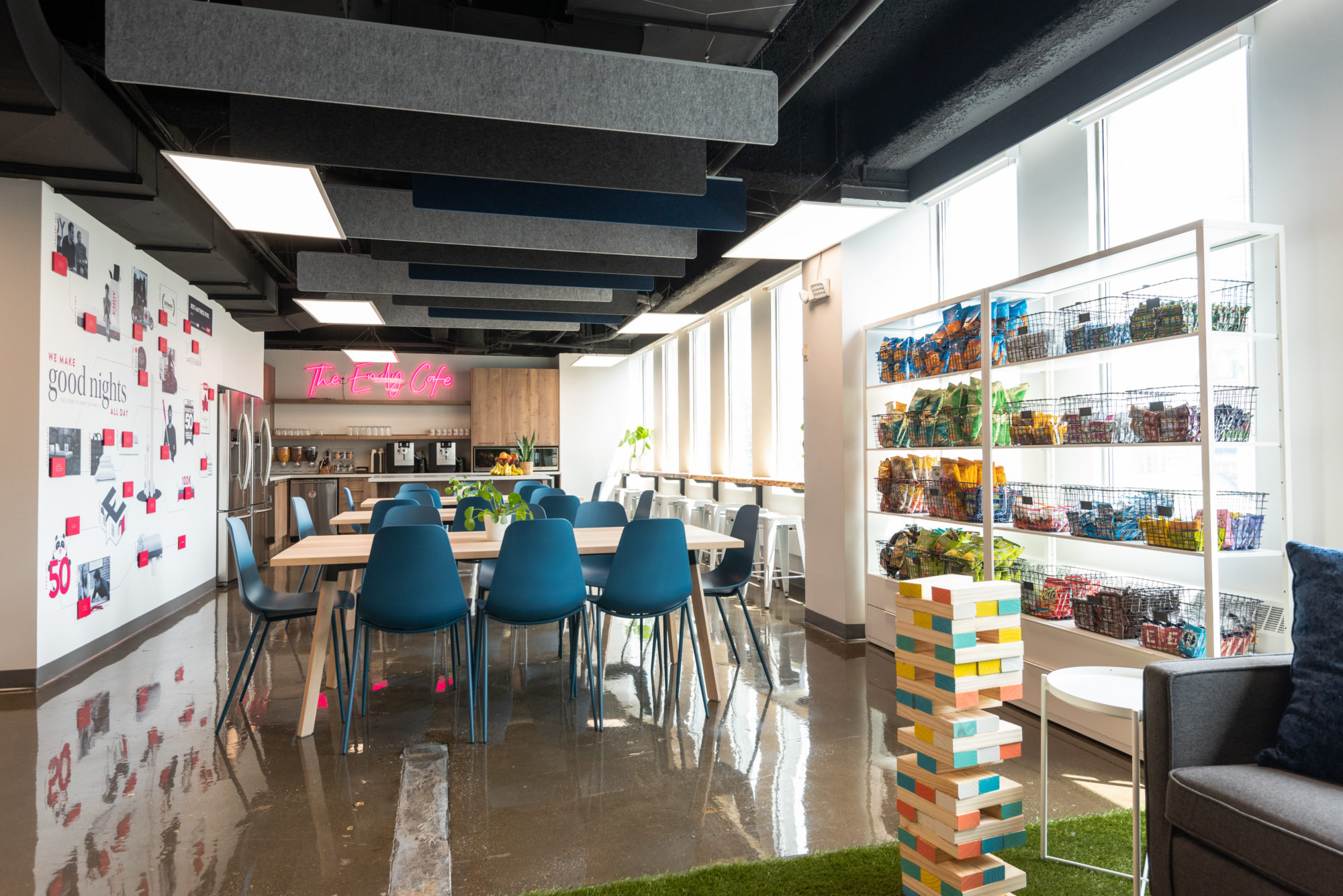 It’s called the Endy Café, as an ode to their first office, which was less than 1,000 square feet. One small patio table crammed into a corner was jokingly dubbed the Endy Café. This is a serious upgrade: 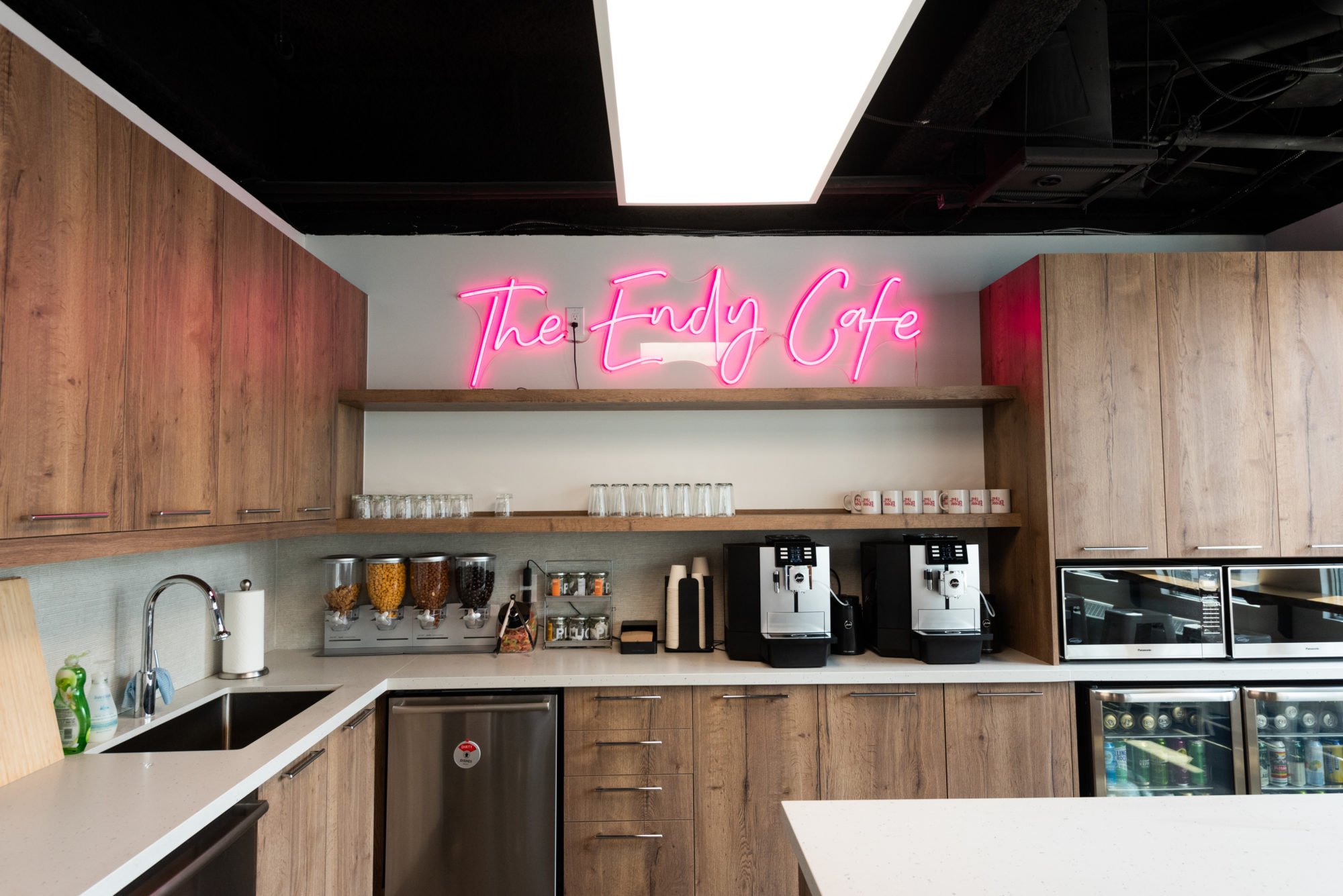 They made a timeline of the company’s growth on the wall, including major moments like when they got their Dragon’s Den investment or when they launched bike courier service. They also keep a running tally of all the mattresses they’ve donated through charity partners (more than 5,000 so far): 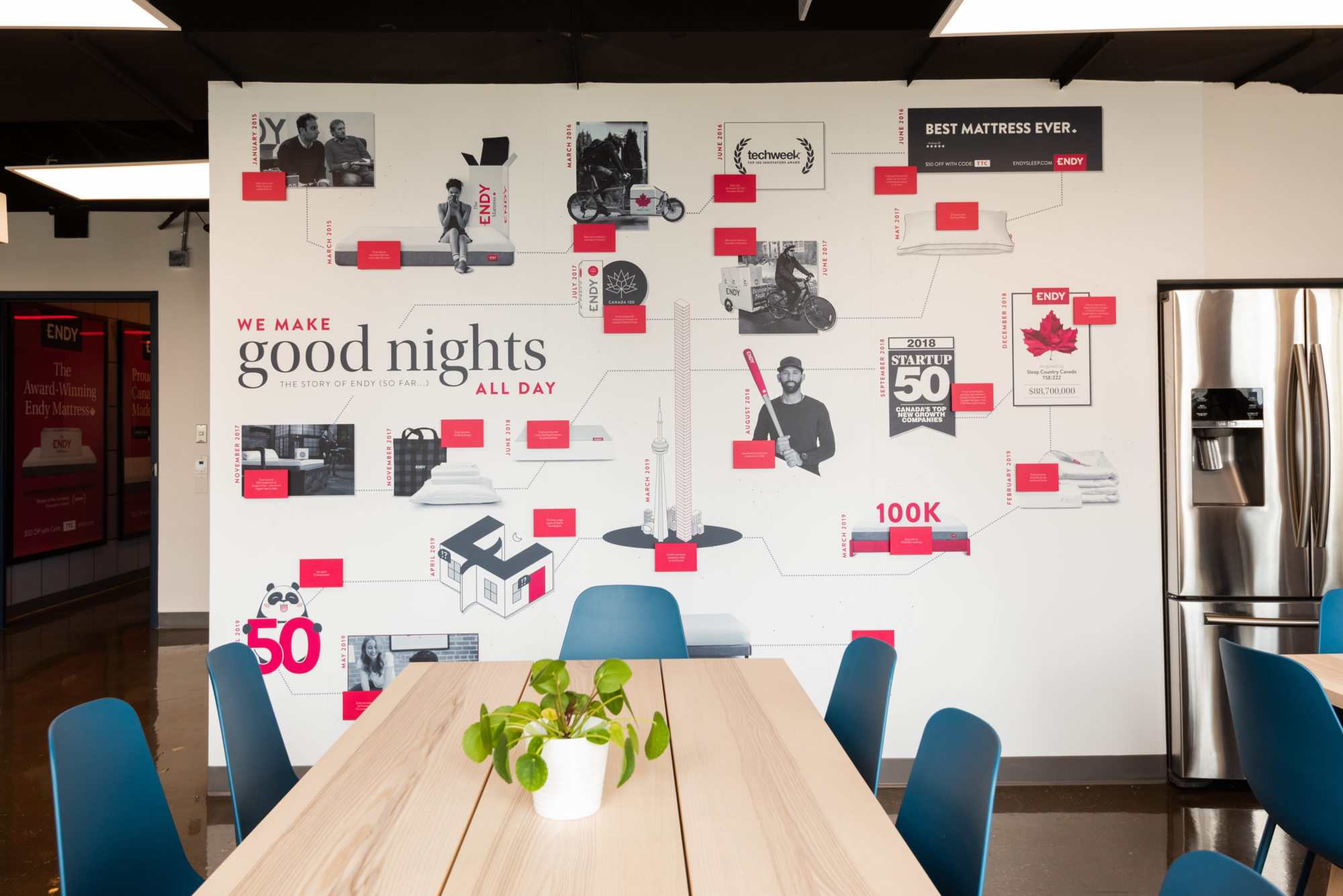 Here’s where everyone works. There are sound barriers above the desks to stop noise travelling from one department to another: 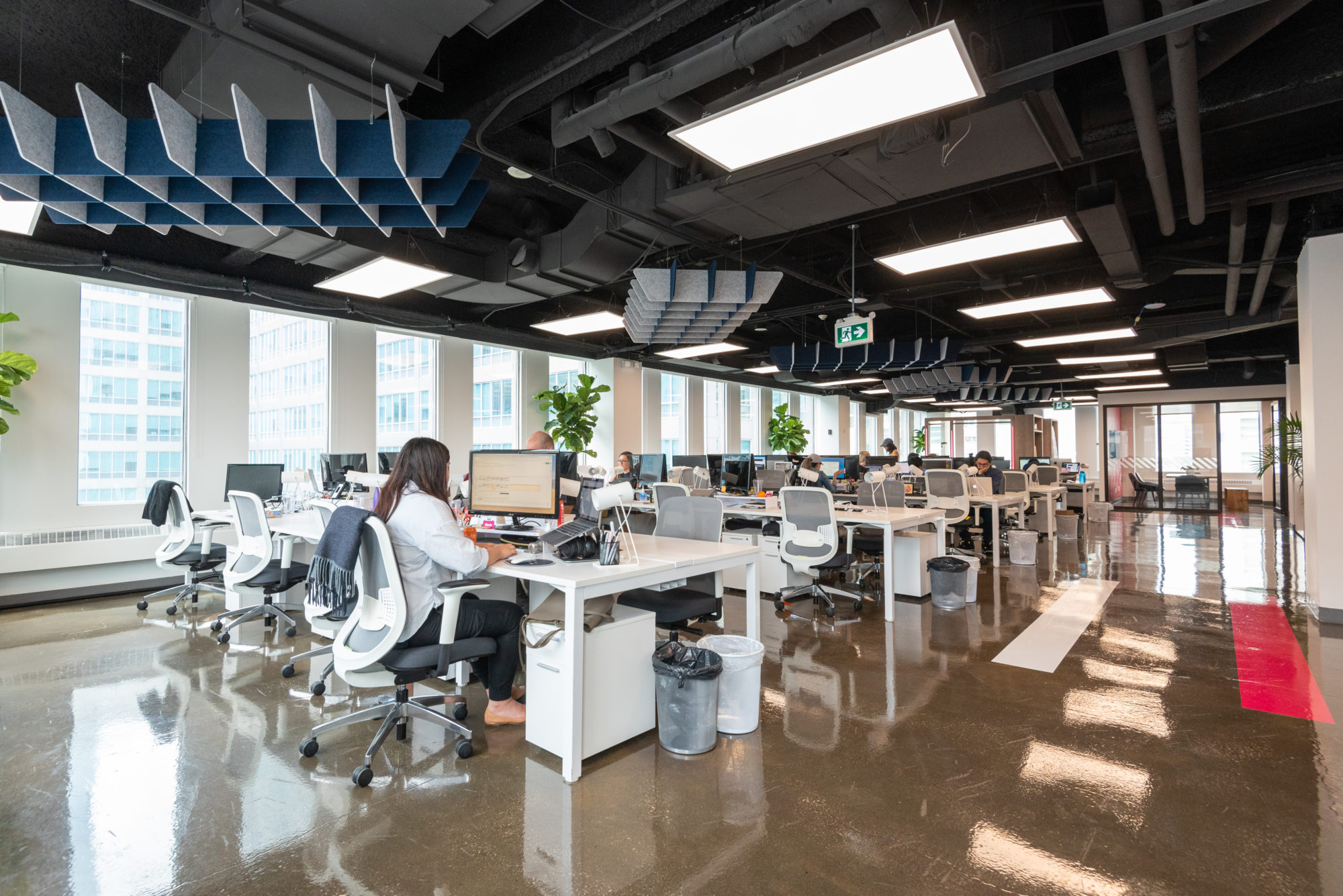 The nap pods are decked out in all of Endy’s latest products, including pillows, duvets and sheets: 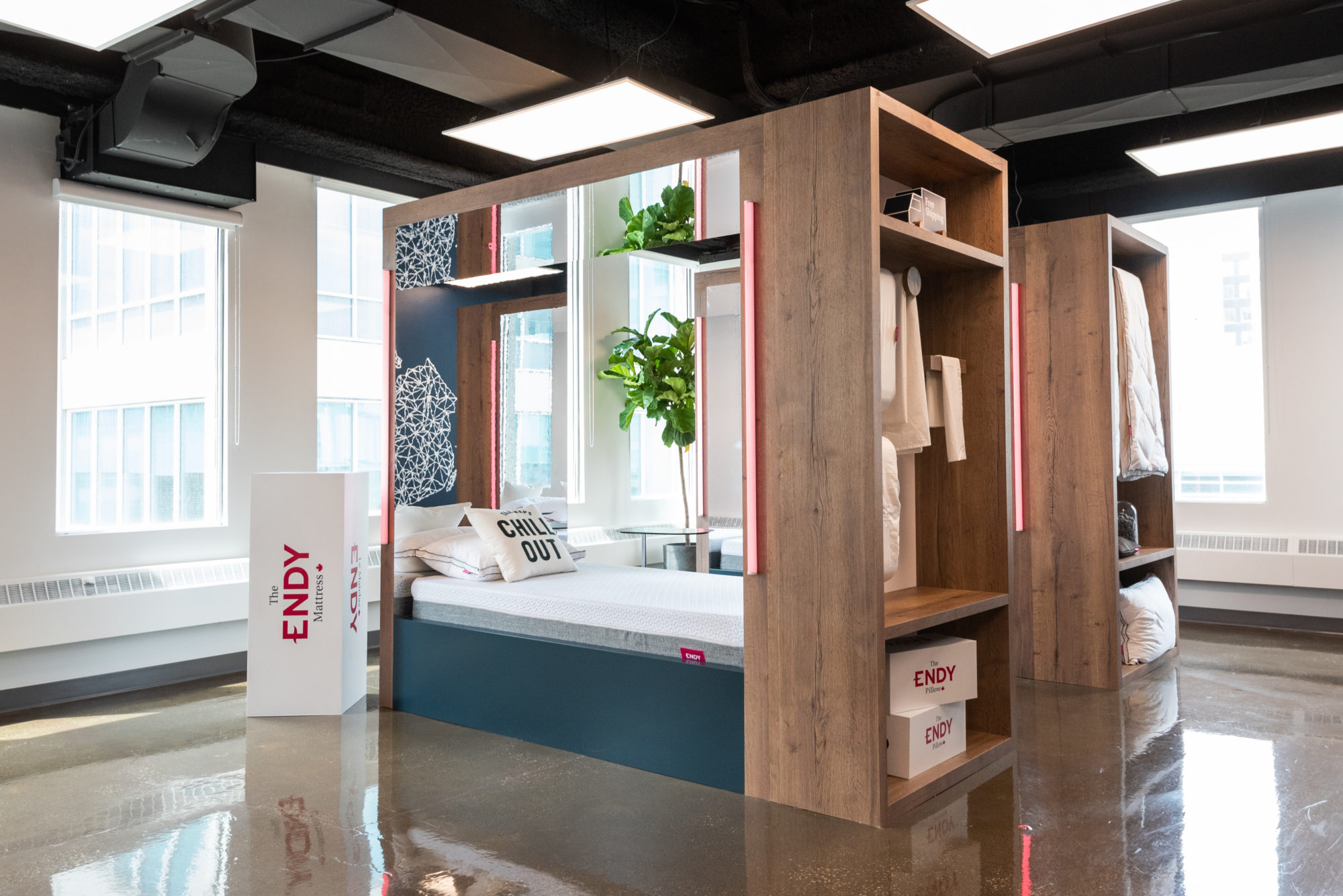 They commissioned this piece of art from Toronto graffiti artist Poser. It says “Love Sleep.” The hopscotch area is directly beneath, and staff often find themselves skipping through it on the way to meetings: 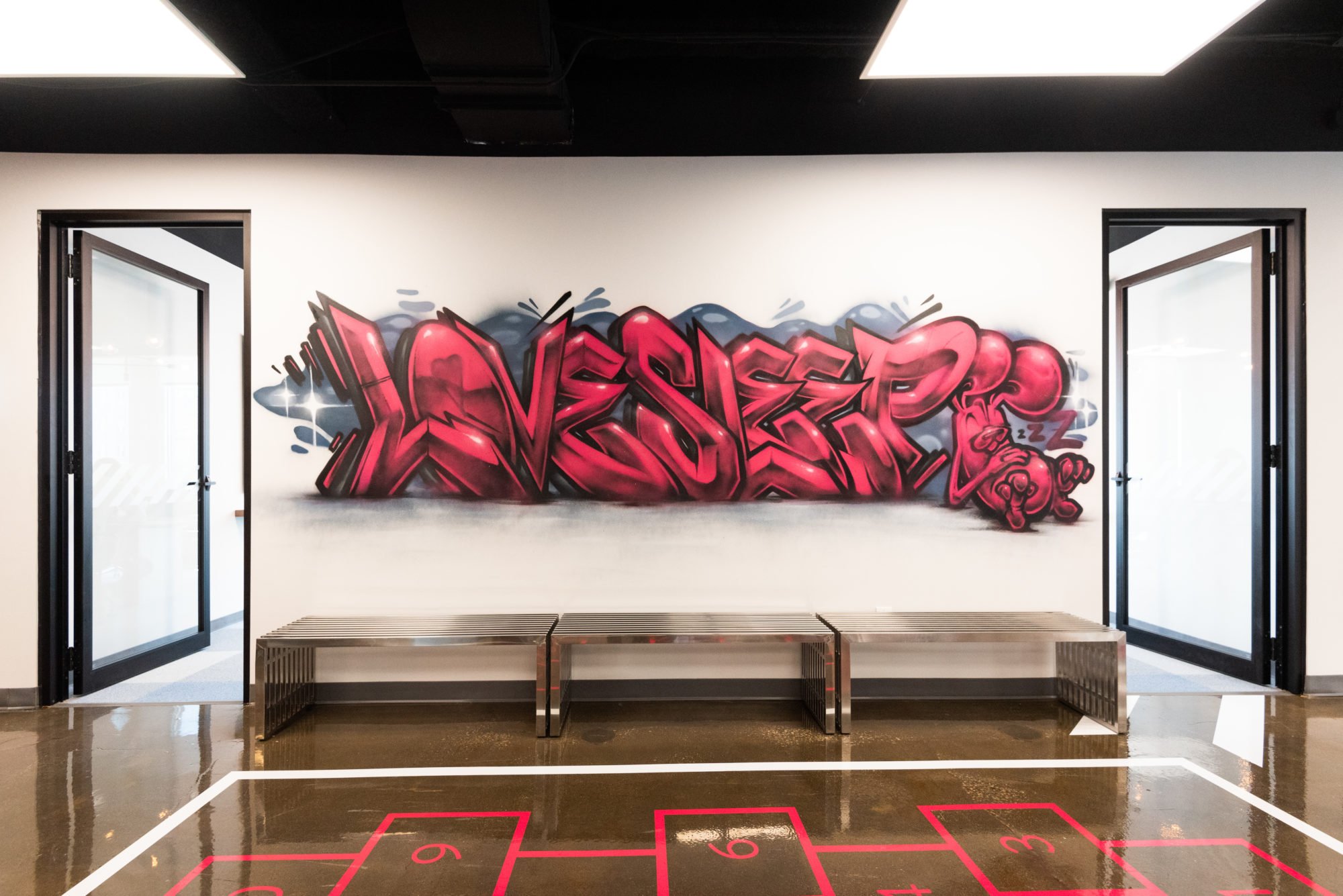 Staff can also play a few rounds of mini-putt when their minds need a break: 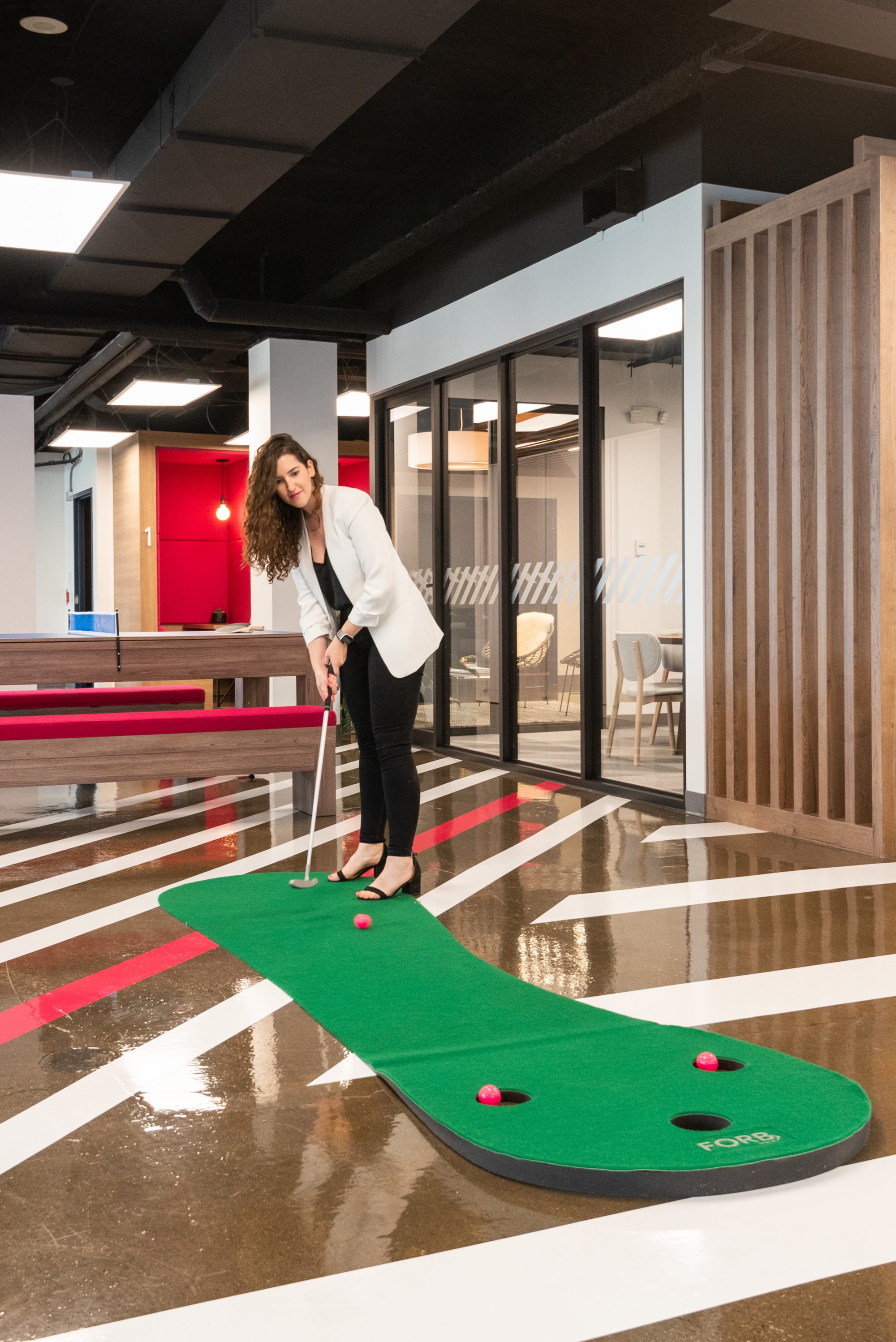 They have an in-house studio for creating Facebook ads, filming how-to videos or taking staff portraits: 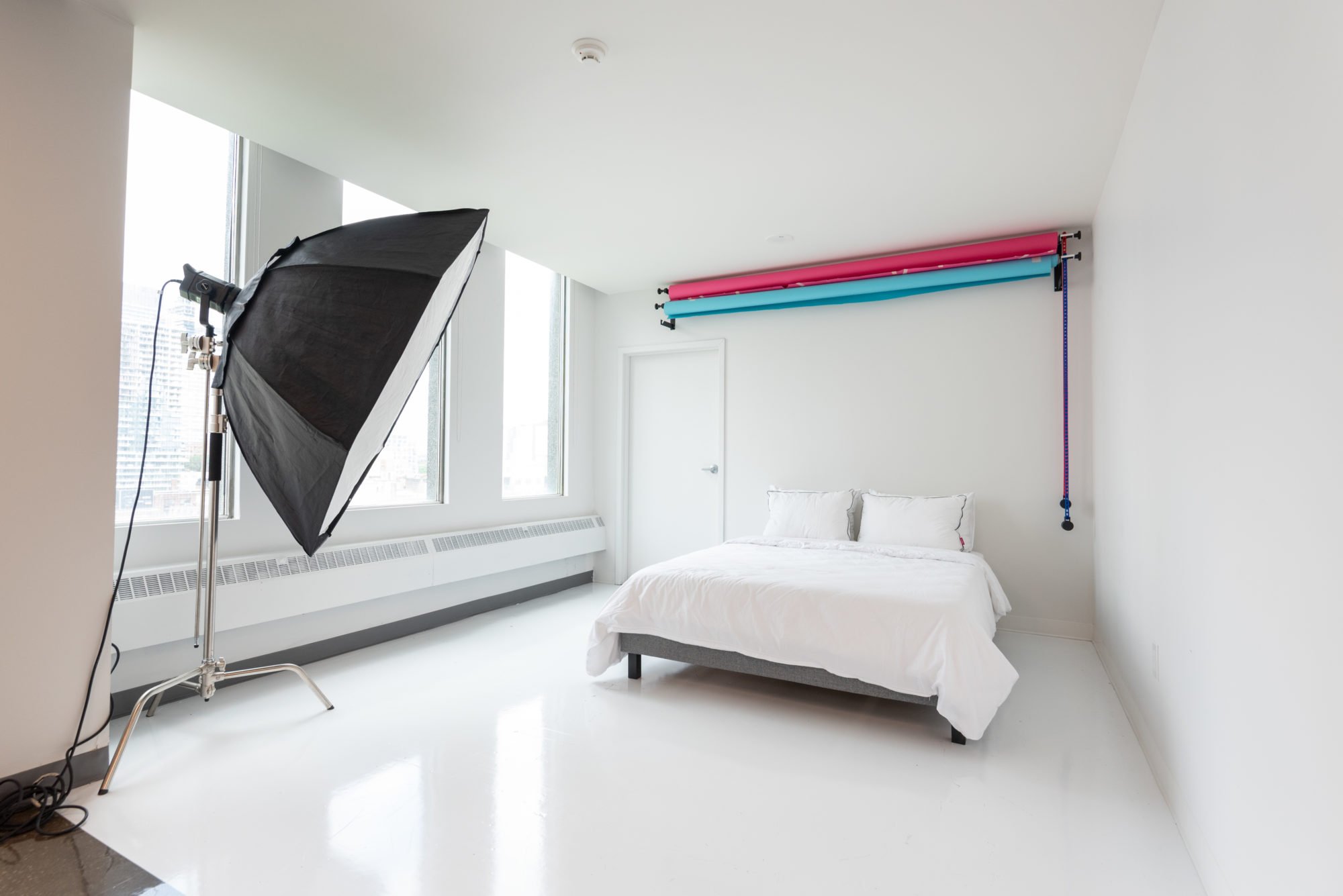 José Bautista has been a long-time fan of the brand, and is now one of their only external investors. He gave the co-founders this signed bat: 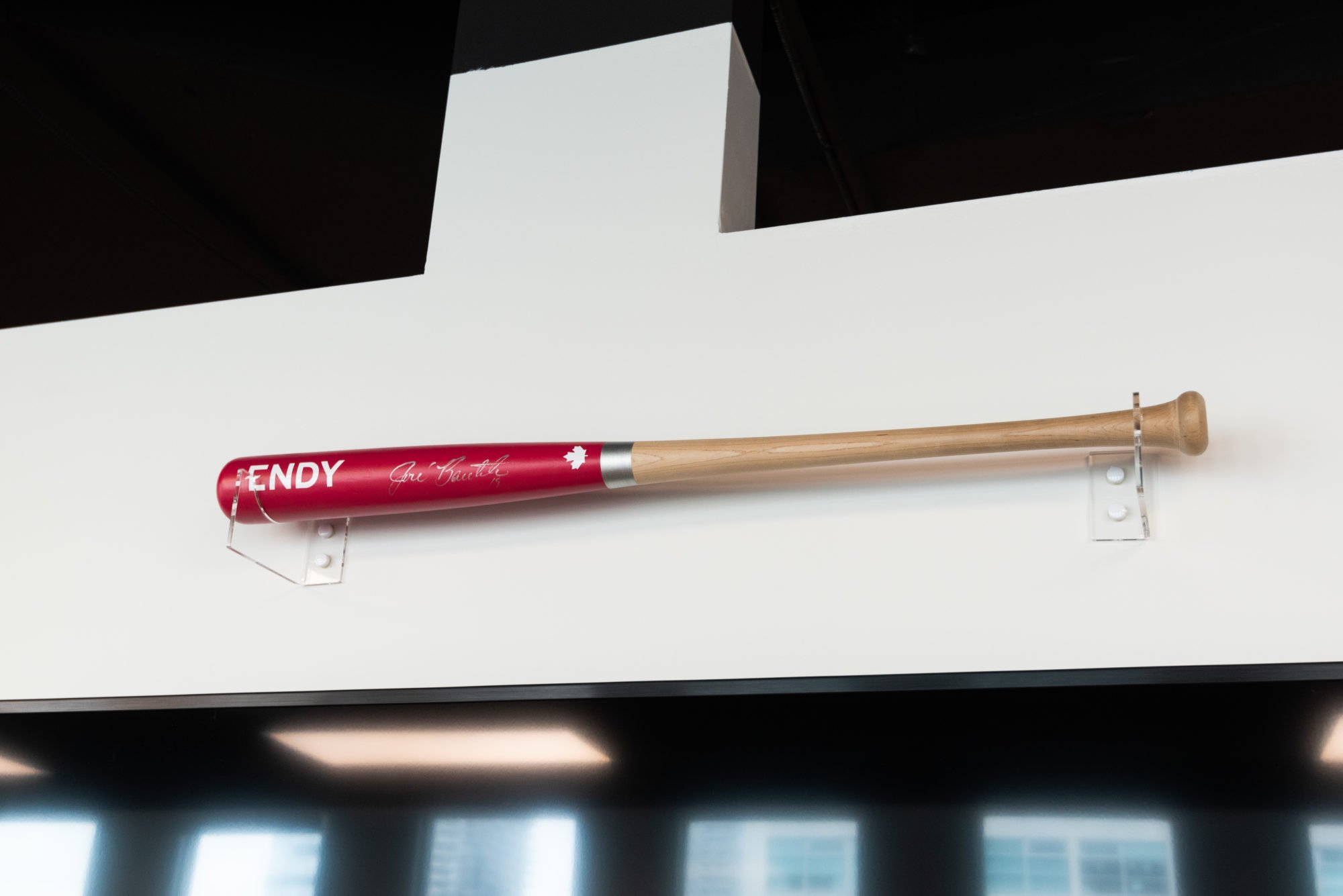