Inside Over the Rainbow’s swanky new location in Yorkville

Inside Over the Rainbow’s swanky new location in Yorkville

Over the Rainbow has been Yorkville’s go-to denim destination for over 44 years, since founder Joel Carman, a former taxi driver, opened the first 450-square-foot shop back in 1975. At the time, denim was just starting to become fashionable, and Carman was one of the first to market jeans to women. As the store become more popular, he expanded to a few other locations before finally settling into Yorkville Avenue.

When their building was sold last year, Carman started looking for a new store to call home. He settled on the Manulife Centre (they’ll have Eataly right upstairs) and created a bright, contemporary space outfitted in Italian stone, marble, copper and white oak. At 6,500 square feet, it’s nearly double the size of their previous shop, so there’s more room for womenswear, menswear, accessories, and, of course, lots and lots of of jeans. They also installed a glass-walled alterations room, where shoppers can watch their denim being tailored. Here’s a look inside:

This denim wall is similar to the one in their old space, but bigger and better. The store has around 170 styles of denim for men and women: 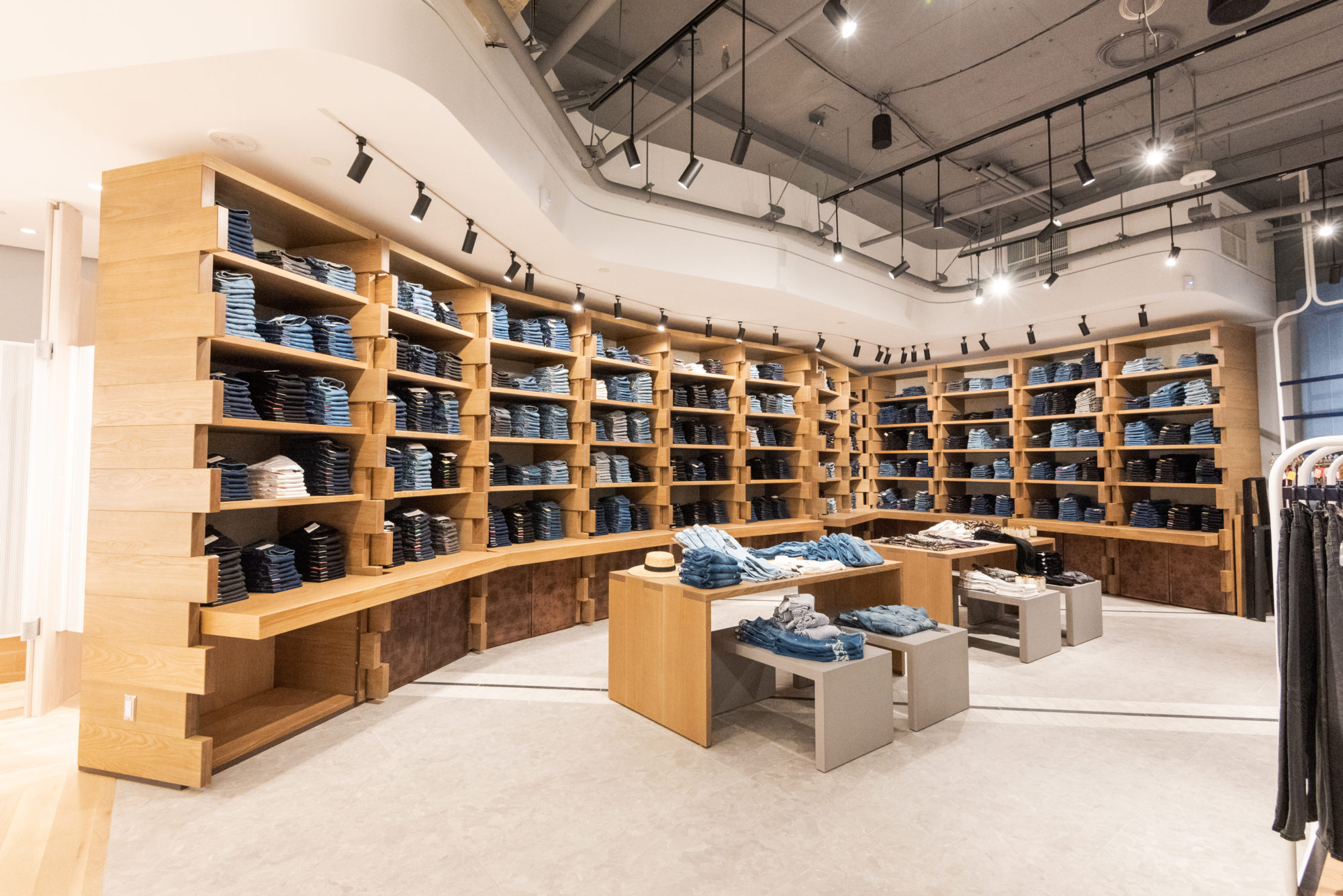 The old store was dimly lit with carpeted floors, bad AC and ancient fixtures, but there’s plenty of good lighting in the new location: 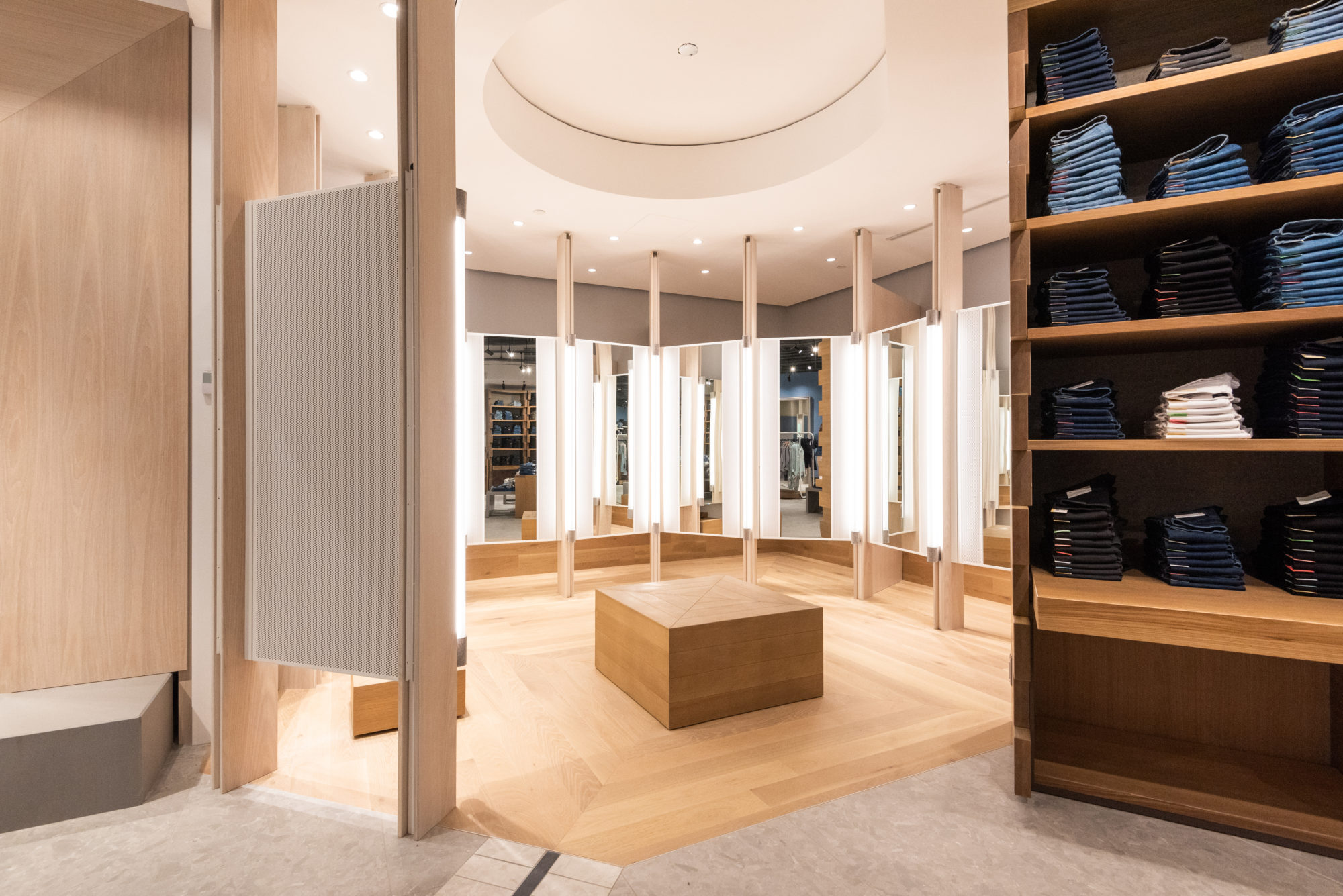 The blue wall is made of wool felt. There’s another wall made of recycled denim, which functions as a bulletin board: 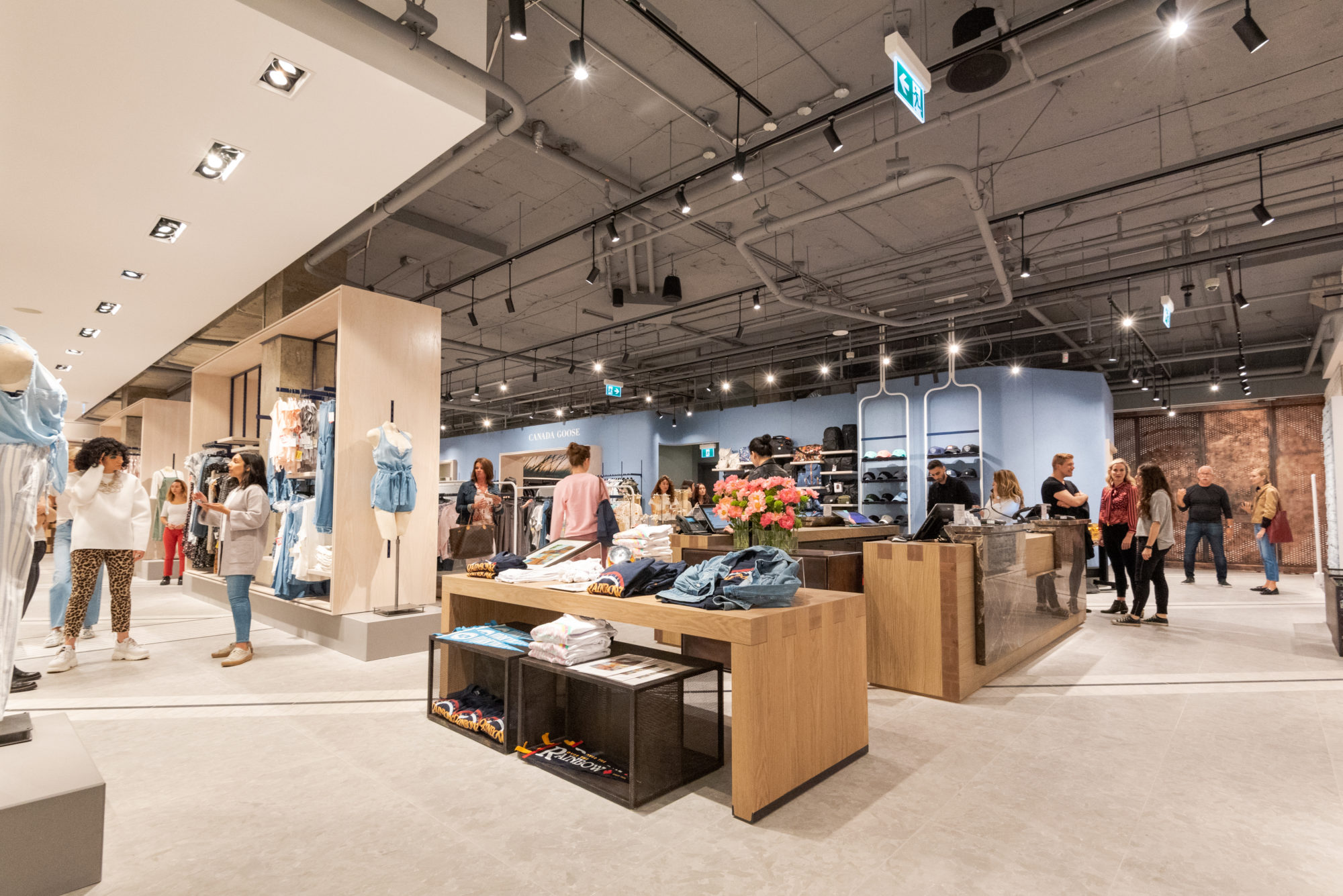 Here’s a peek inside the tailoring shop: 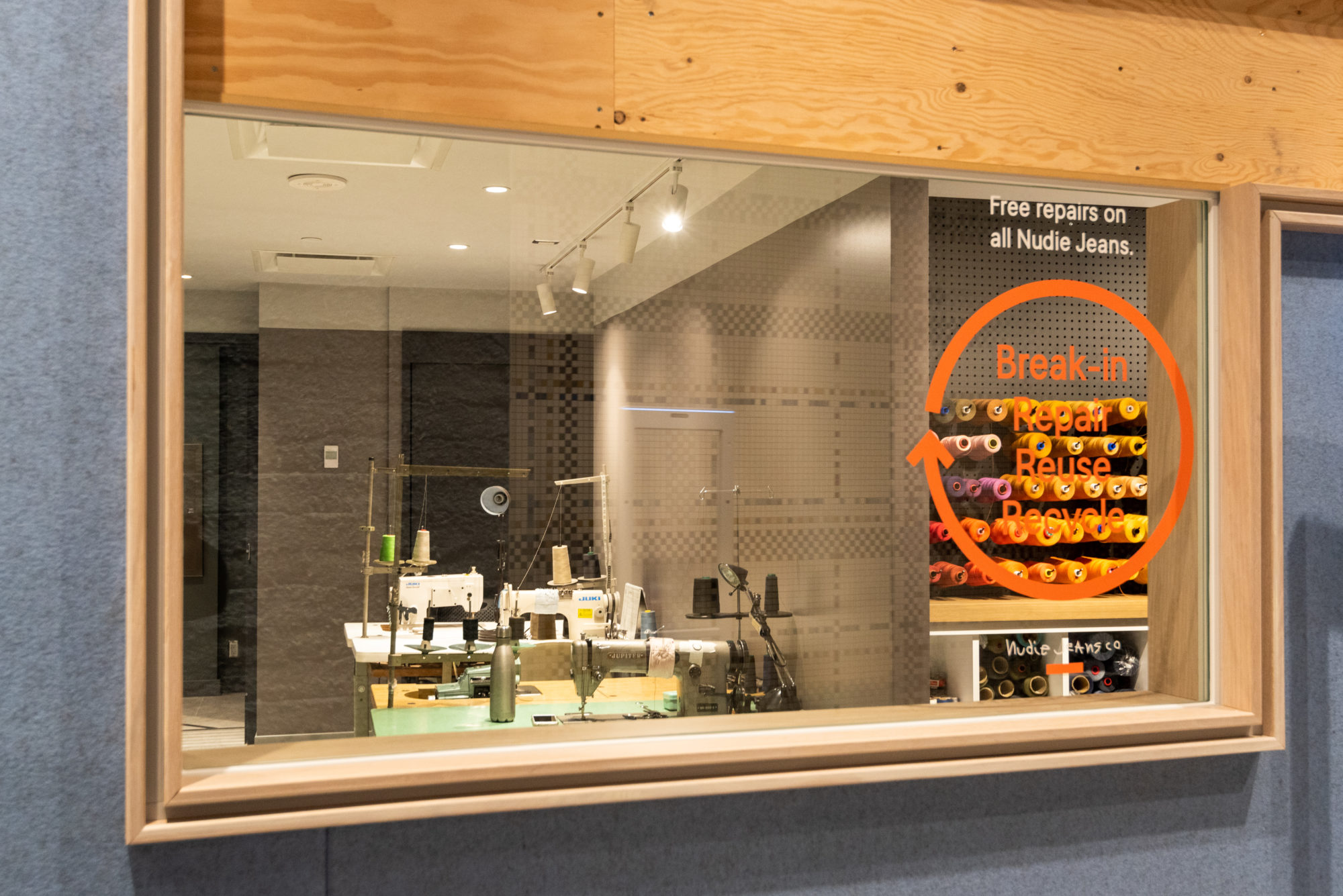 Carman was gifted this 24-karat-gold sewing machine from his friend Yul Ku, the founder of L.A.-based brand AG Denim. Ku visited the old Over the Rainbow location years ago and was impressed by their alternations department, so he decided to add them to his American stores. “I said, ‘well, you owe me a commission!'” says Carman. The machine was later sent as a thank you: 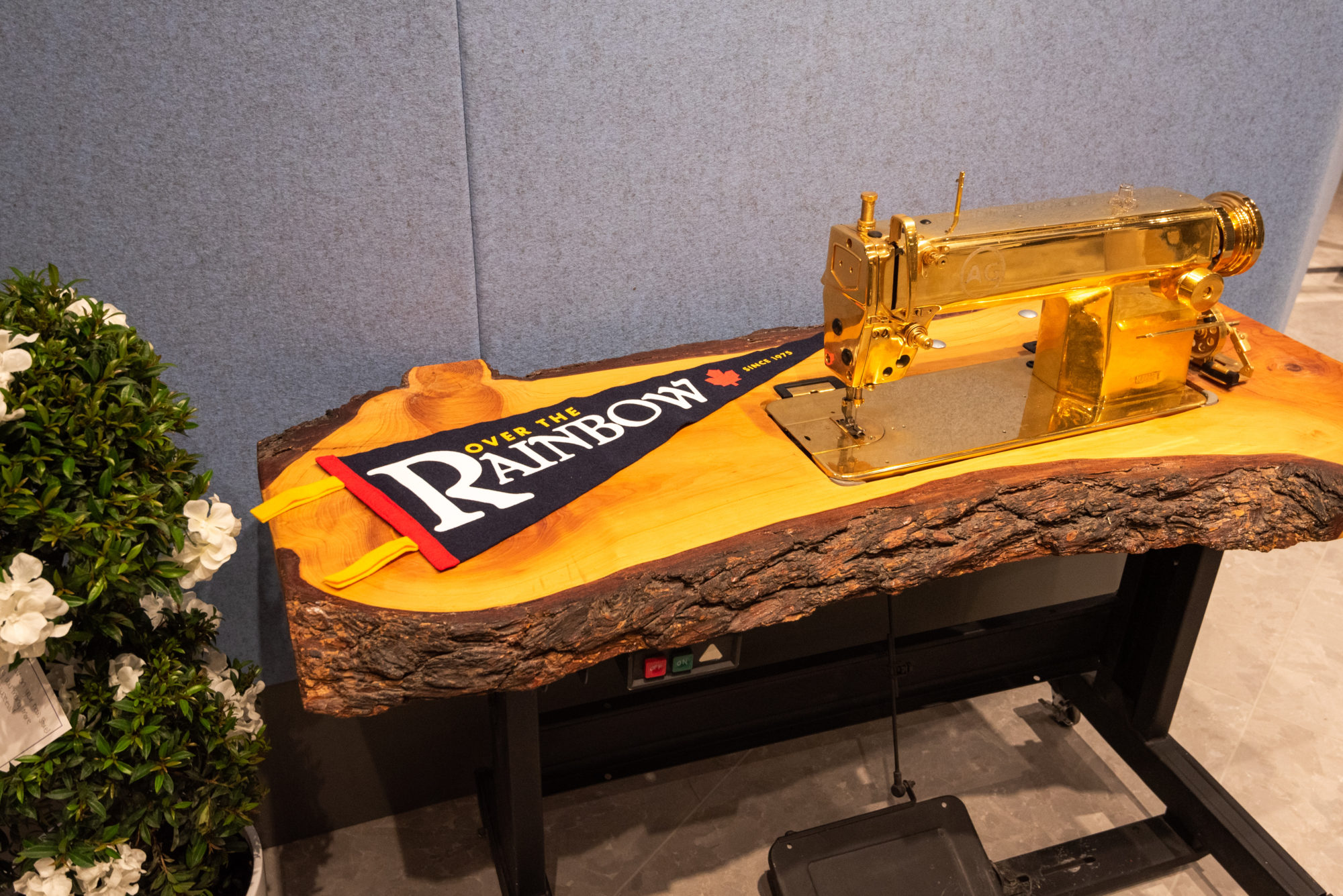 Carman collaborated with Canada Goose to create a mini store within a store. Over the Rainbow sold Canada Goose back when they just had one unisex style: the Chilliwack bomber: 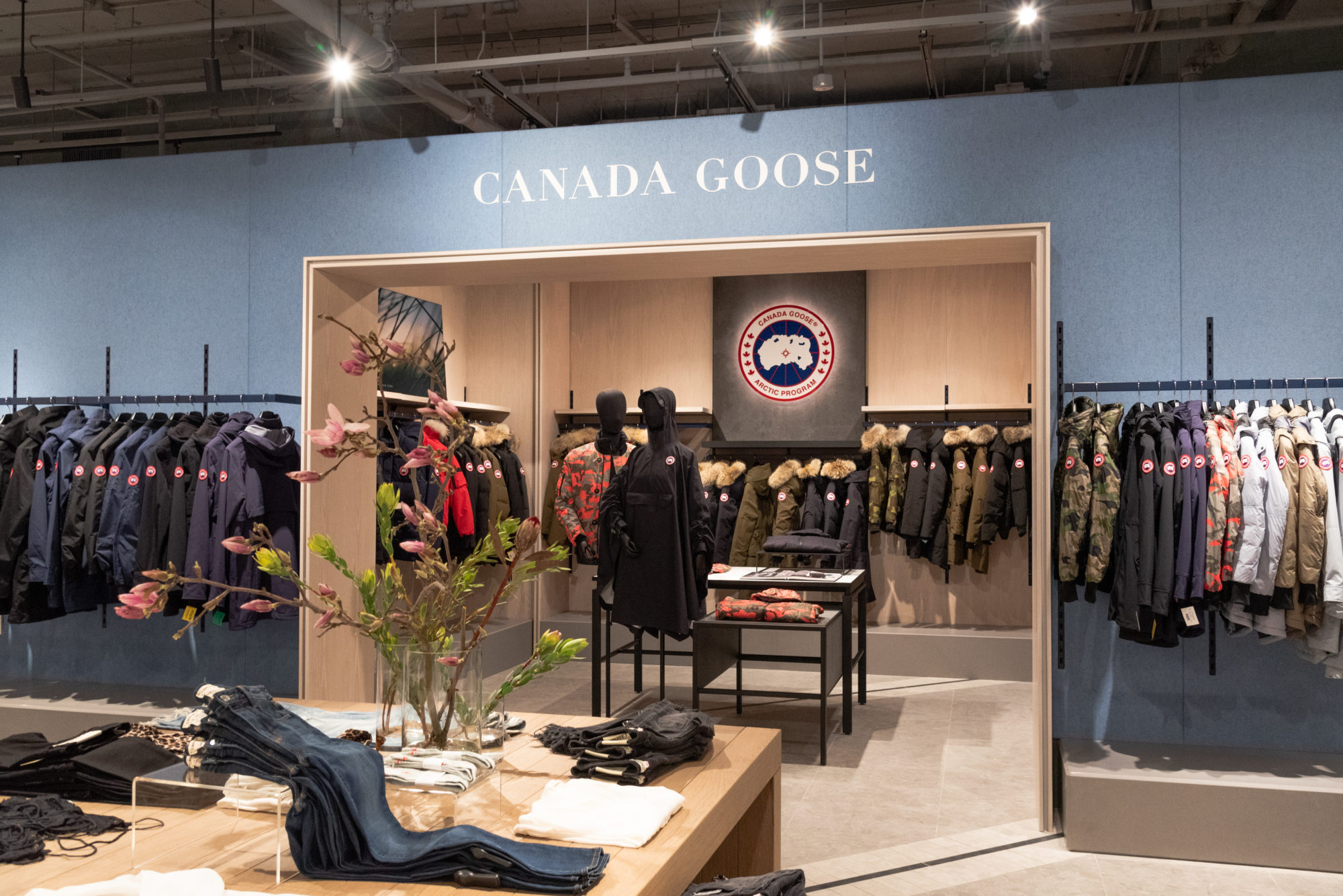 There are nods to the brand’s history throughout the store, like this sketch of the old location. Plans to repurpose the old rainbow letters somewhere inside are currently underway: 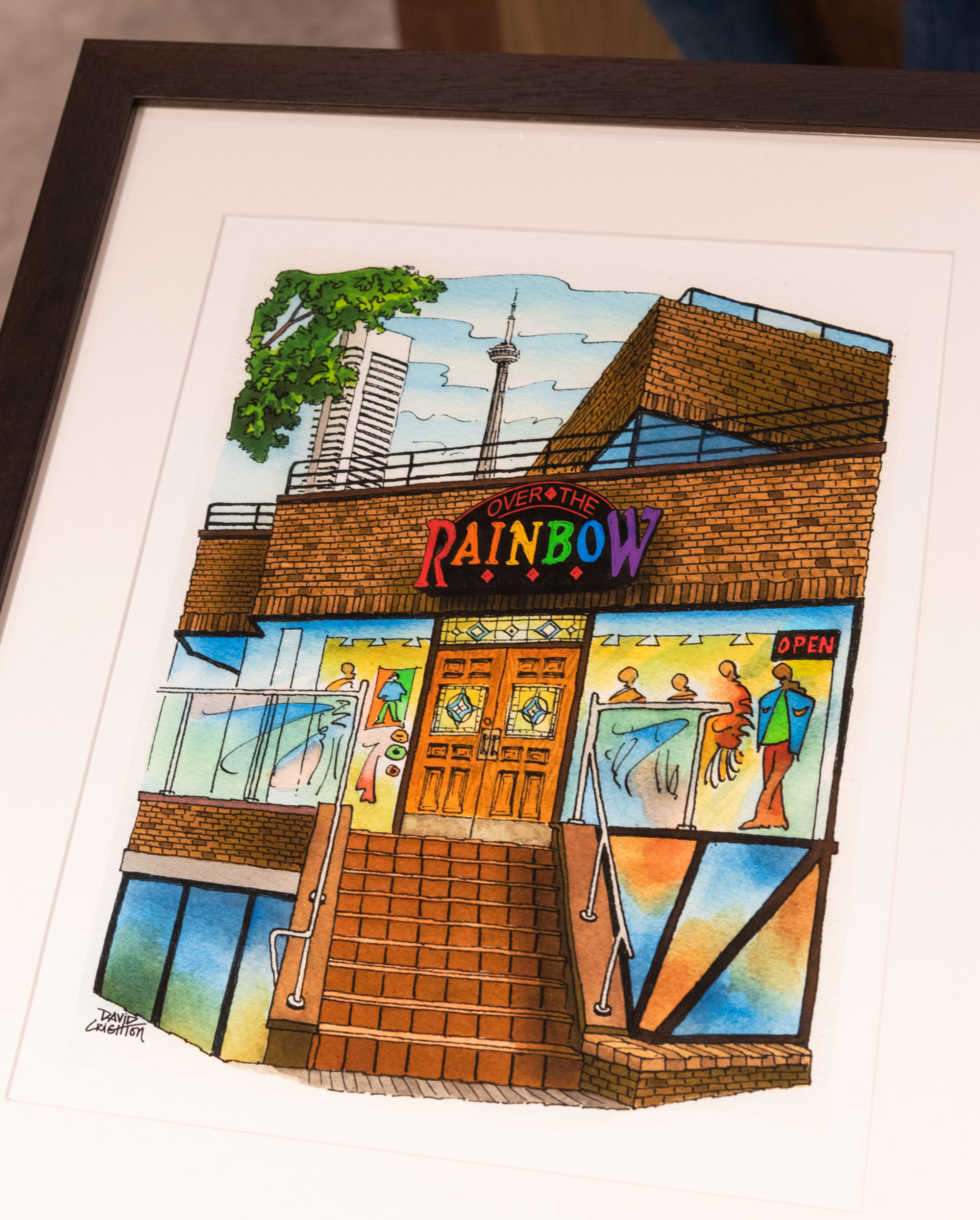 To celebrate the launch, the brand revived this 25-year-old sweatshirt design: 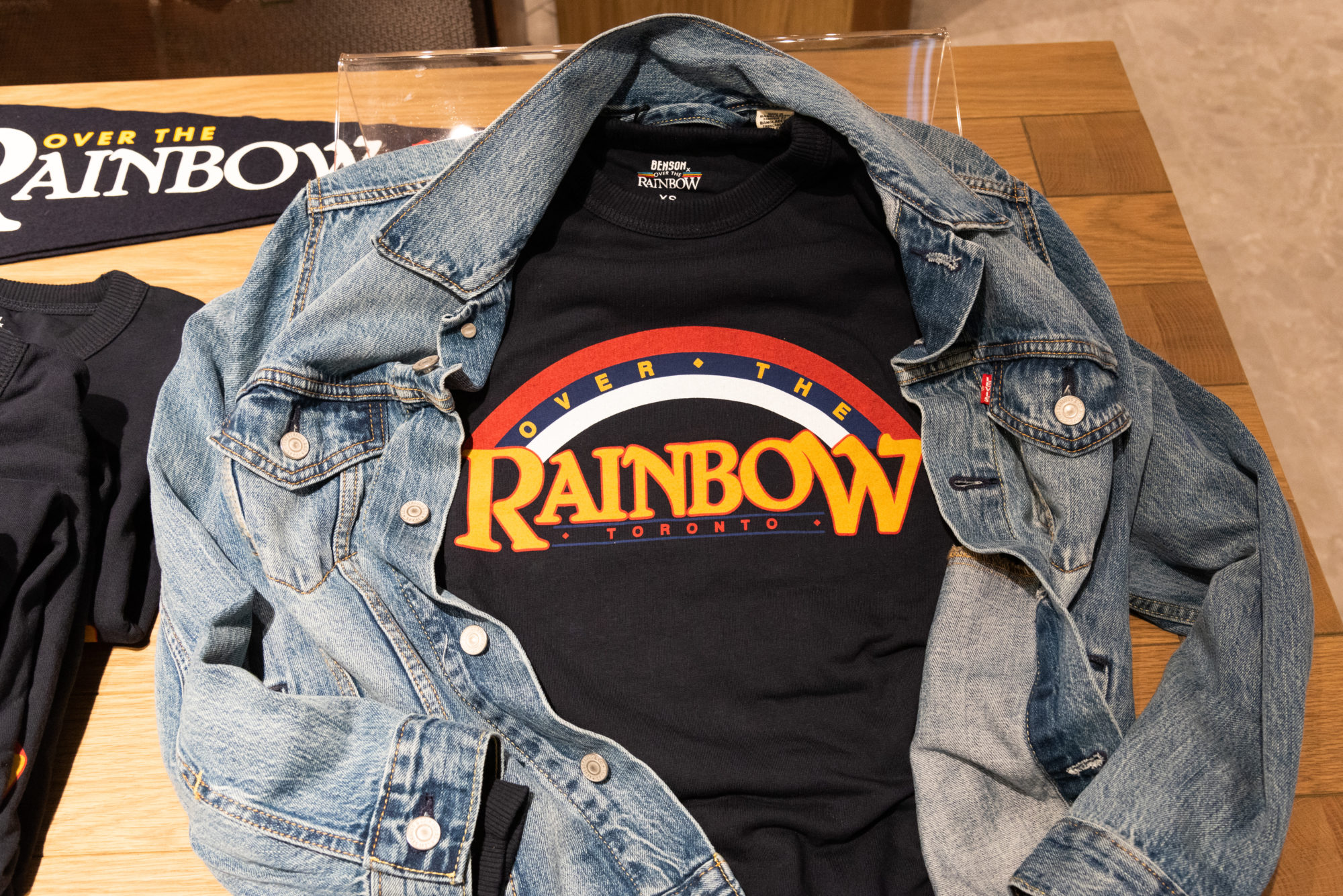 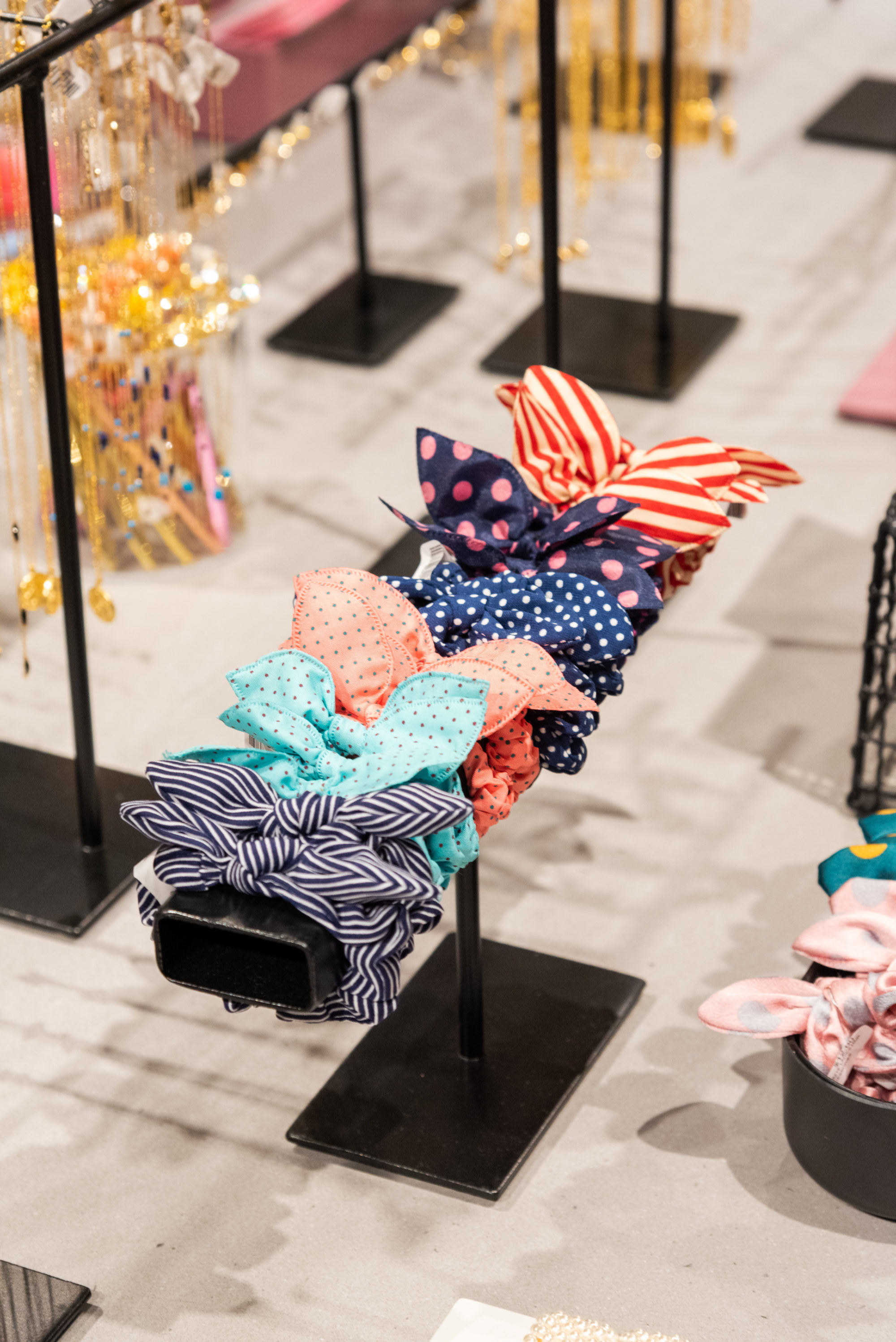