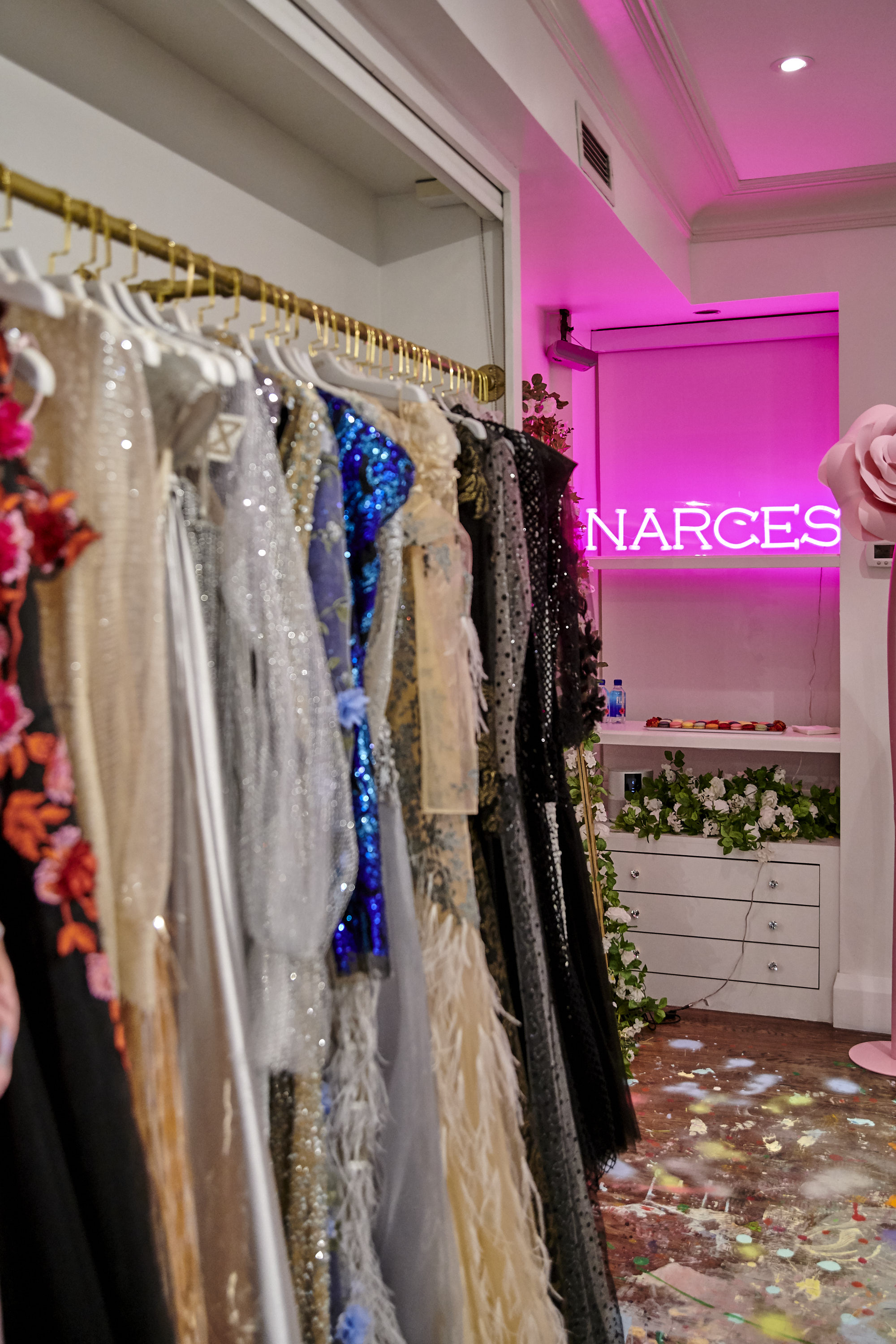 Narces has been a favourite among local socialites looking to shine at galas and fundraisers since it launched its first collection of flirty gowns in 2012. It’s run by husband-and-wife duo Nikki Wirthensohn Yassemi and Stefan Wirthensohn, who met doing their MBAs at University of Toronto. Nikki’s the designer and creative director, while Stefan handles the business side of things. It’s a full family affair: Nikki’s mother, who also works at Narces, used to work with Victor Edelstein, the British tailor to the royal family, and helped construct Princess Diana’s iconic Travolta dress, which later sold at auction for over $350,000. Nikki’s approach to design is boldly feminine: she loves to start with a sheer fabric like tulle or organza, and build layers of embellishments, whether it’s lots of intricate beading, rows of 3-D florals or giant structural bows. “I want people to wear what makes them happy,” she says. “I don’t believe in rules because fashion is art, and art doesn’t have rules.”

Until recently, the brand ran operations out of their home studio, with individual gowns being made at two other locations in Toronto. Last November, they moved into a storefront on Davenport. The space used to belong to an artist, and the floor was speckled in dashes of paint. They loved the carefree, creative look, and added even more splashes. They also installed some hand-painted wallpaper and playful pieces of decor and furniture, much of which they crafted themselves. “It was about making a creative space that wasn’t stuffy or sterile,” says Nikki. “When you’re creating a custom gown you need to be able to have fun with it.” Shoppers can find all manner of frilly, sparkly and feathery samples hanging on racks, and come in for an appointment to design a custom piece—whether it’s a totally bespoke wedding gown or an alteration to one of their signature styles. Here’s a look inside.

Nikki designed the store herself, and was inspired by London boutiques. She lined the windows in lush floral arrangements. “It’s nice to have something that makes you feel like it’s not so cold,” she says: 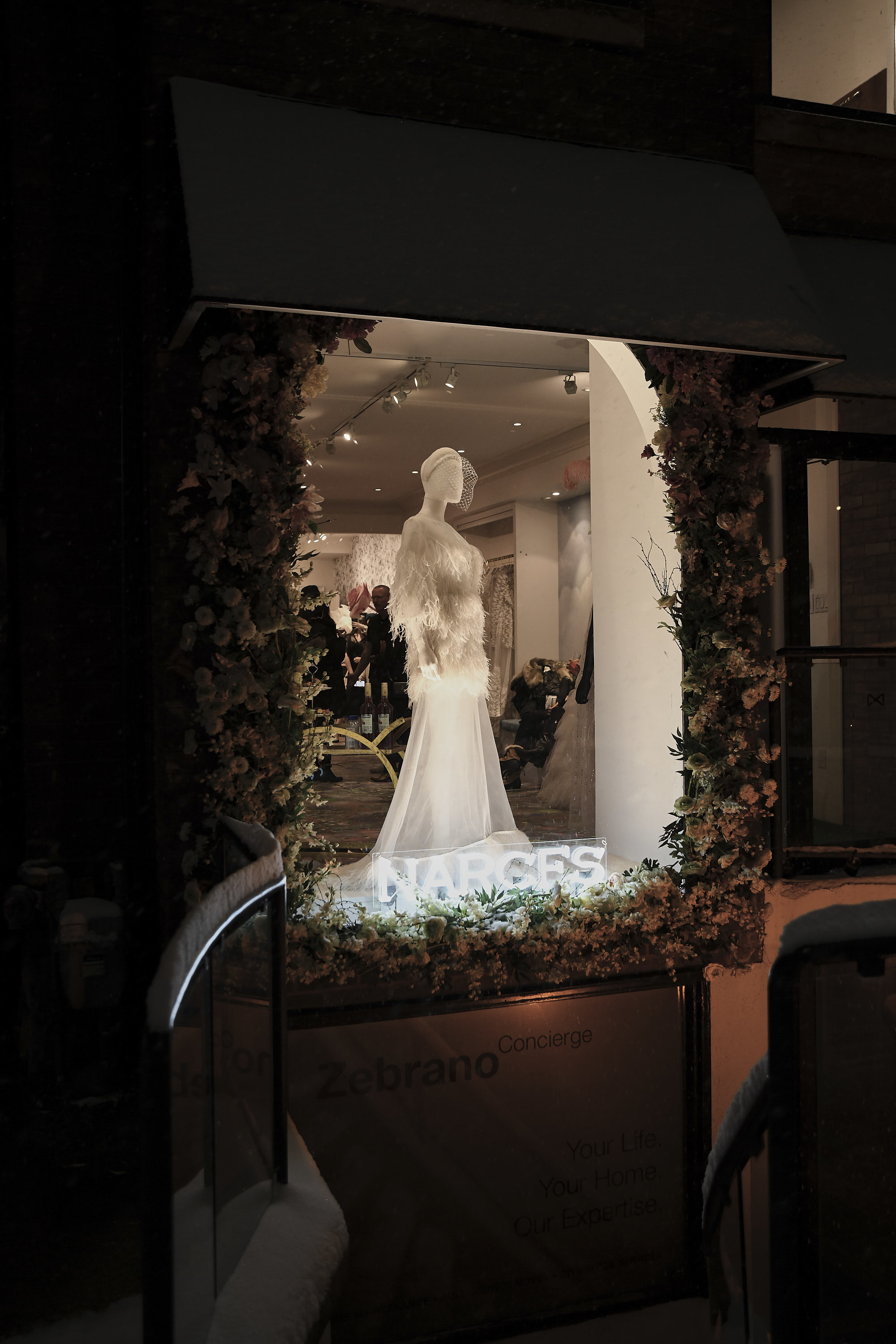 Inside, the entire floor is covered in colourful paint splashes—some of which was leftover from the previous tenant, others that they added themselves: 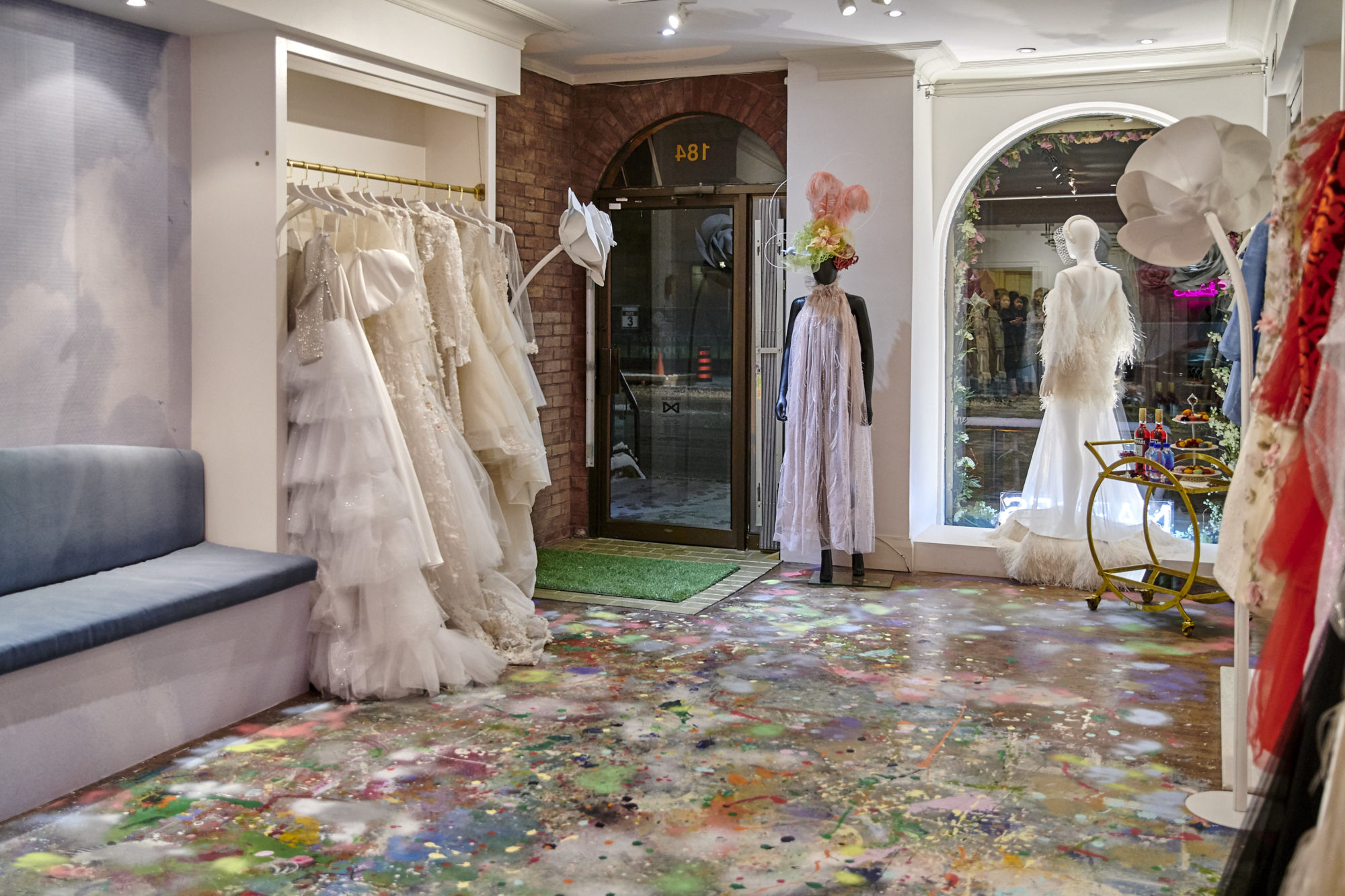 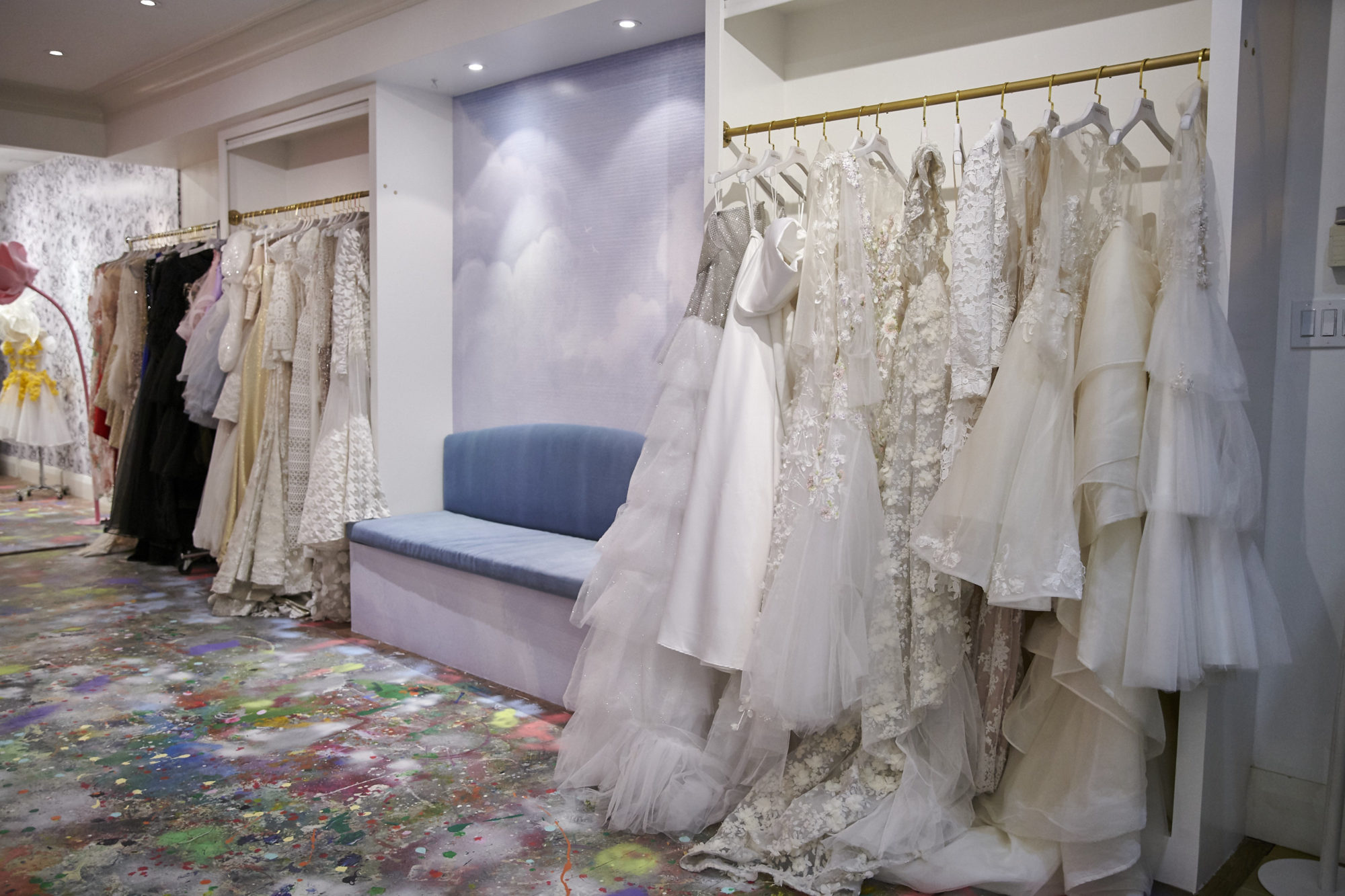 They make quite a few custom bridal gowns, often on short timelines: 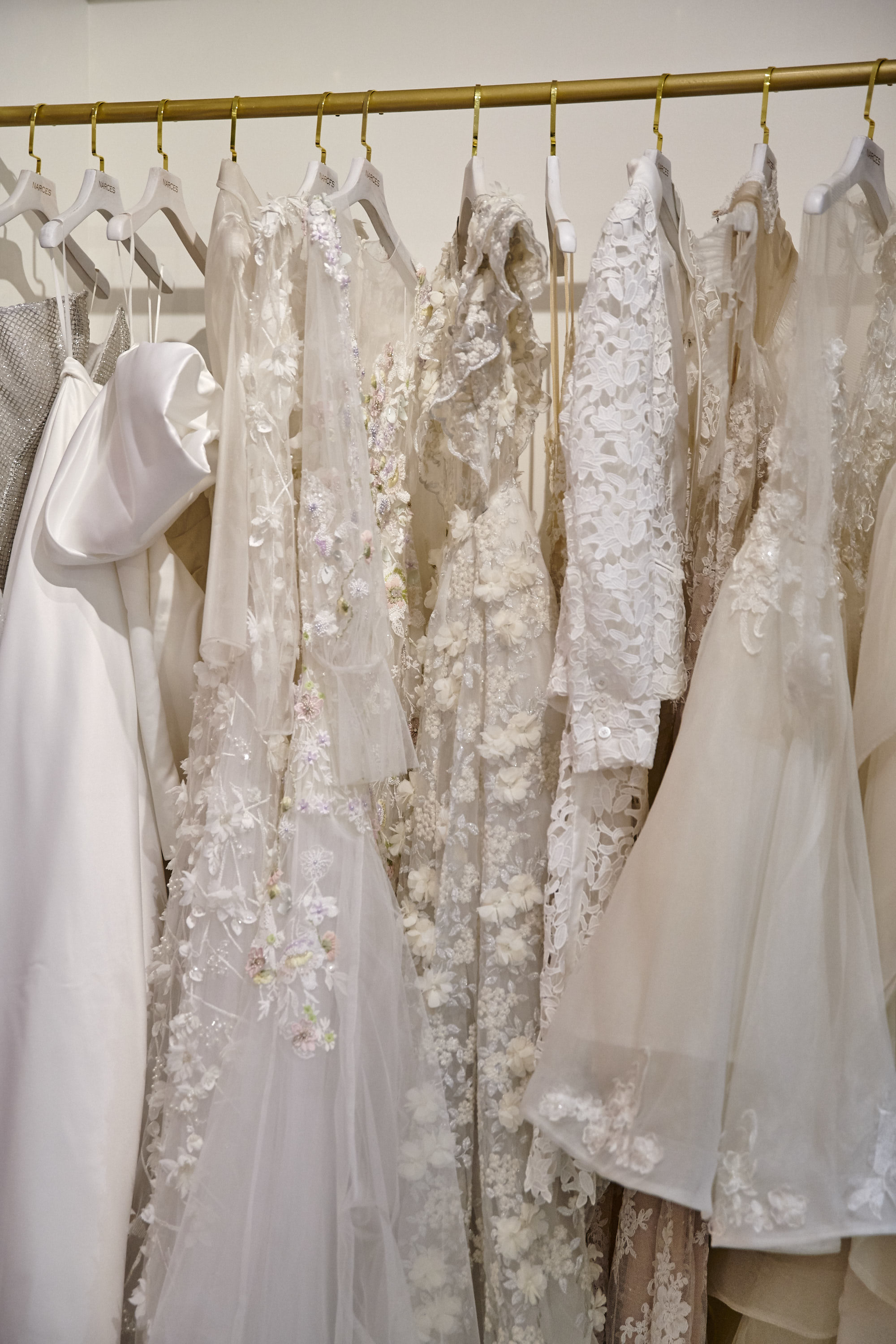 Here are some of their playful cocktail dresses, which have been worn by celebs like Mya and Jessie J: 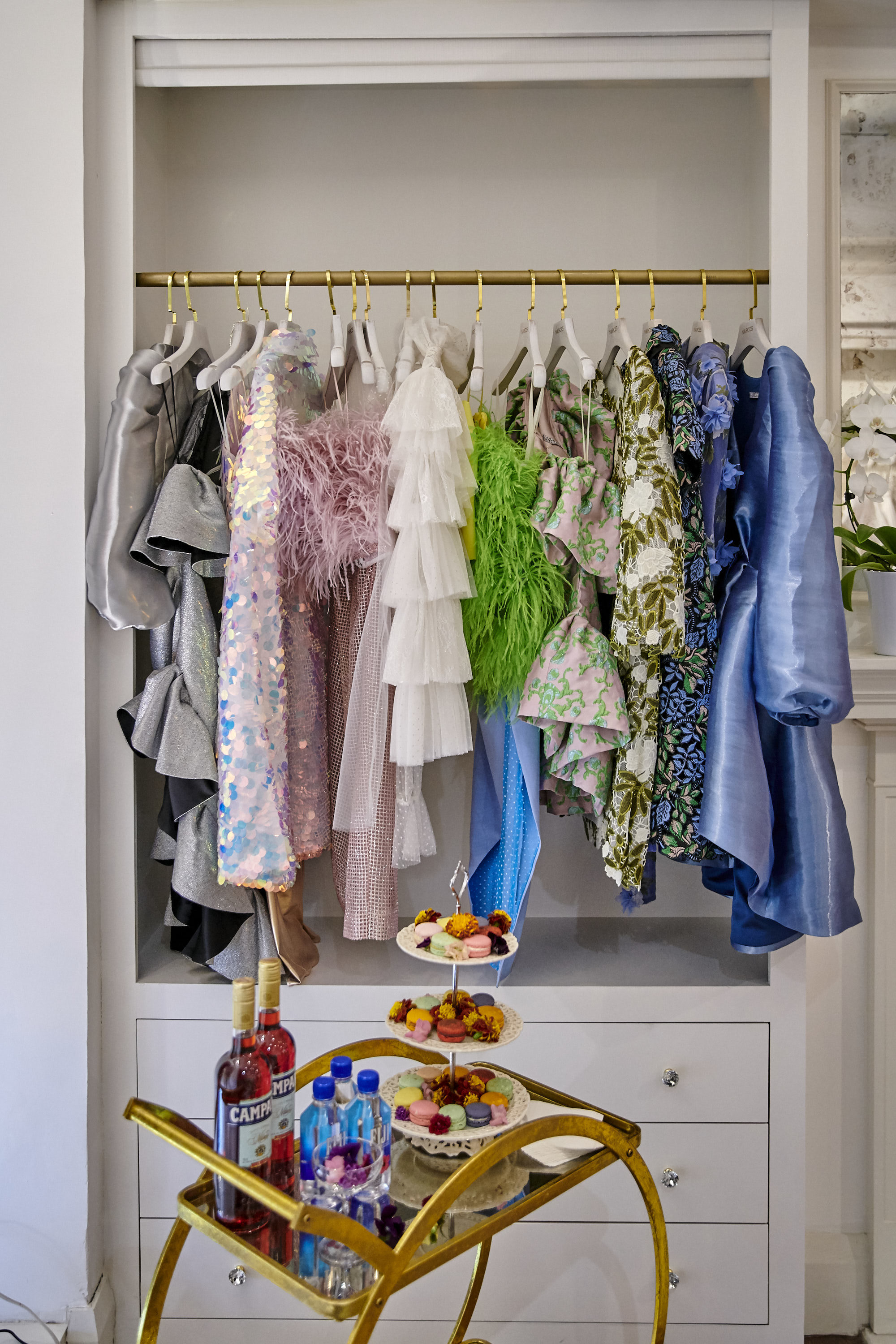 And more of their formalwear. This long-sleeved sequinned gown has been especially popular this winter. Prices generally start around $2,000 for a custom piece, but they’ve made ones as expensive as $15,000: 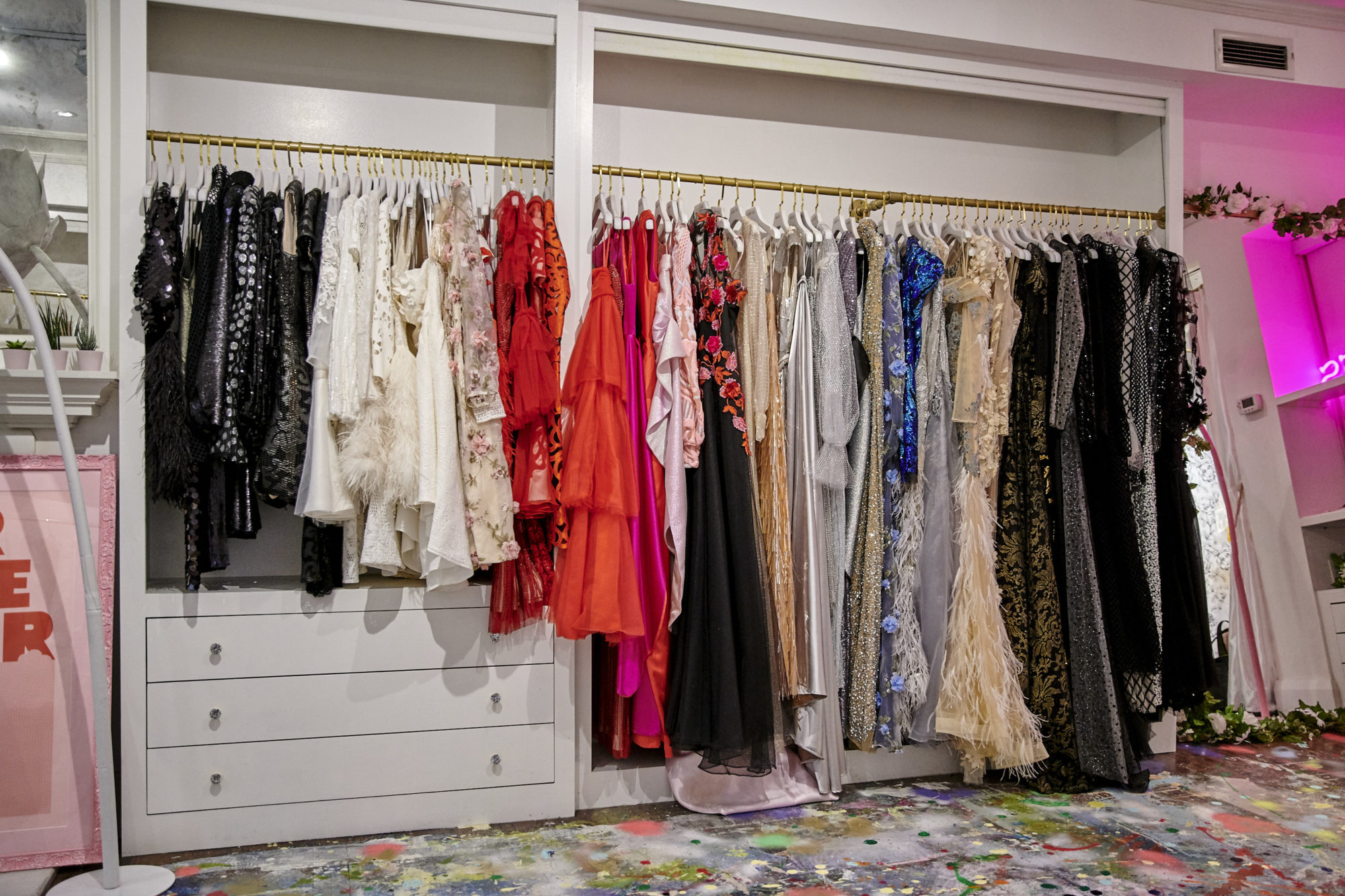 There are more florals lining the mirror, and a custom neon Narces sign: 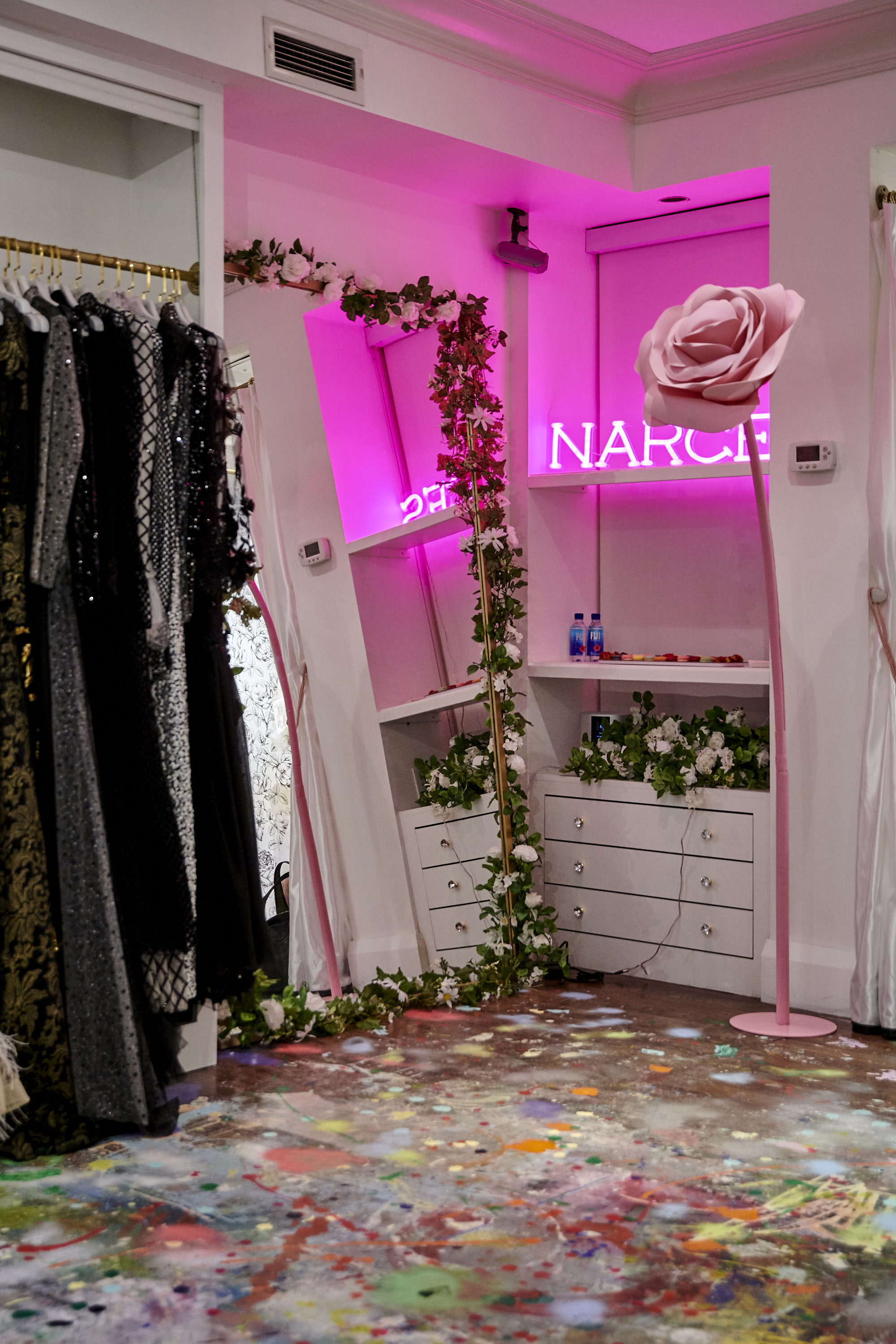 Here’s Nikki in front of one of their other wallpapered walls. “We always wanted to have a lot of flowers, since we love 3-D florals and structure in our looks,” says Nikki. 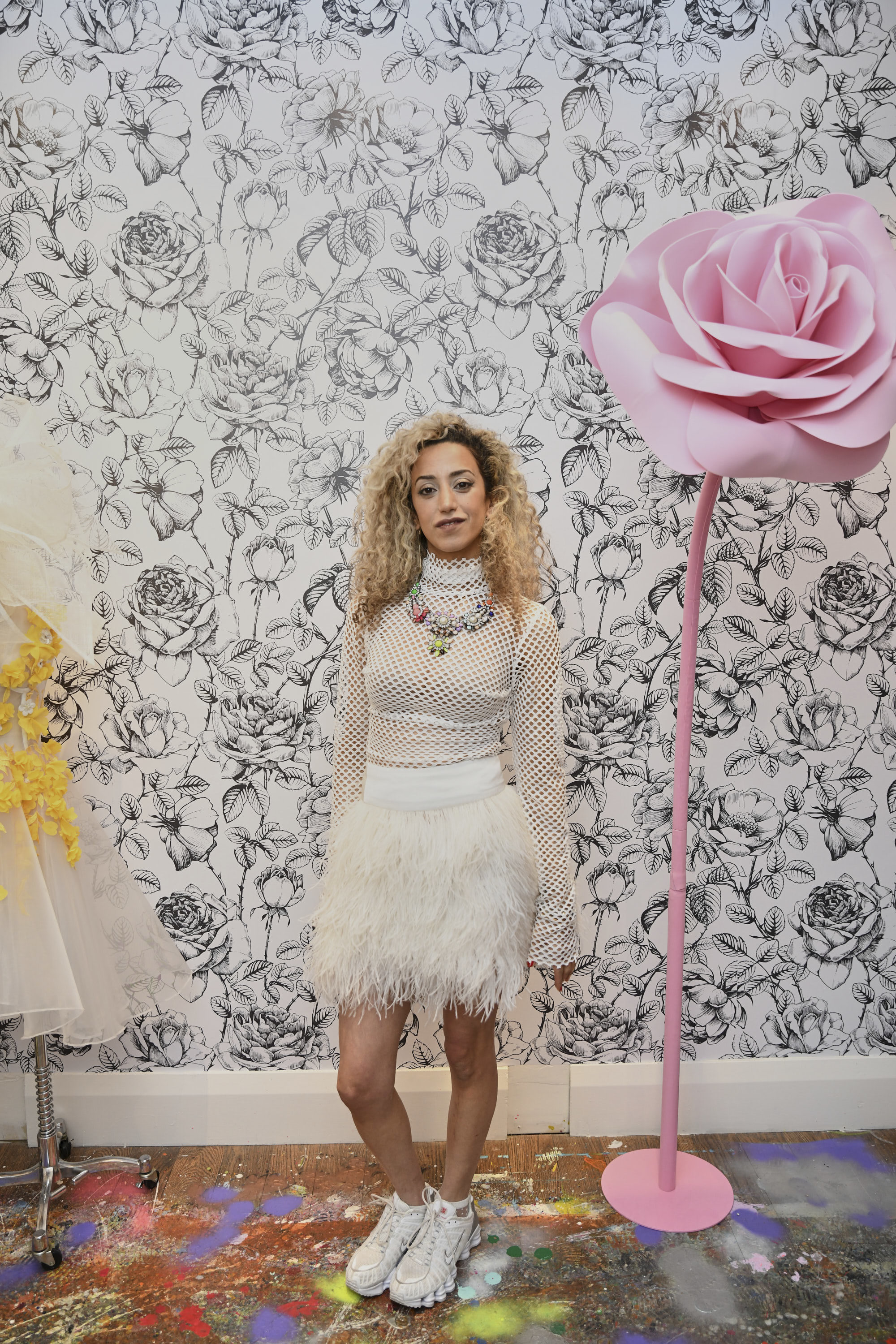