Drake’s new flagship OVO store in Yorkdale Shopping Centre opened on Saturday morning and immediately attracted huge line-ups. There were an estimated 1,000 people waiting at one point. People began queuing up on Friday around 8:00 a.m., and had to be moved outside overnight. 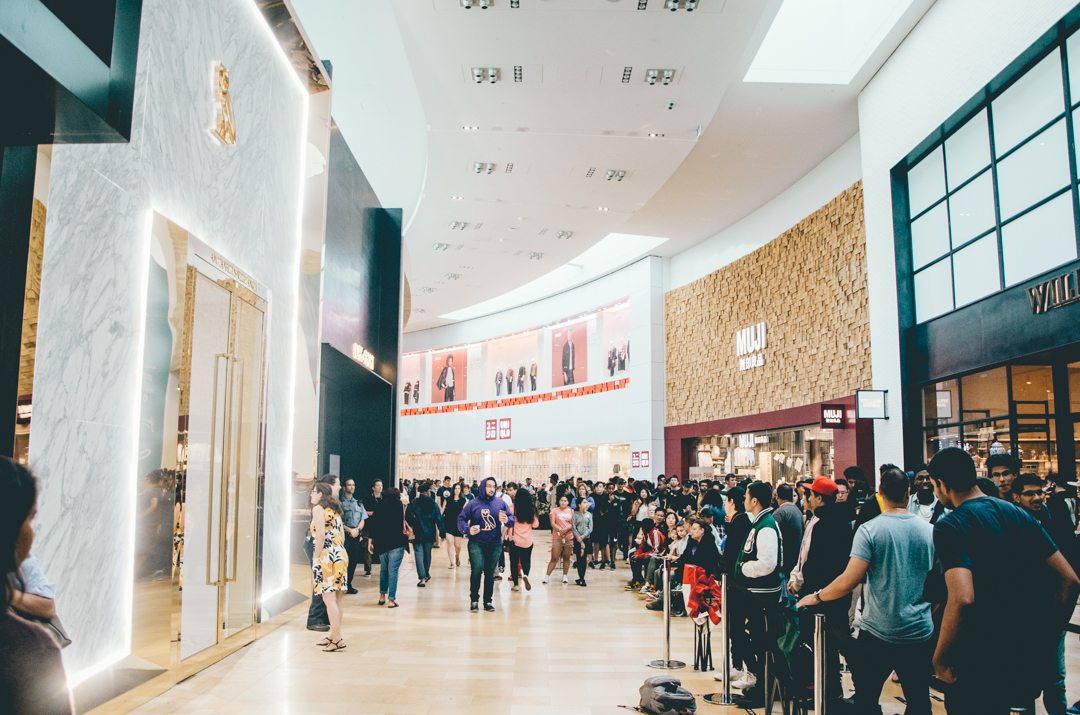 Some of the first fans to get inside were already wearing some OVO (October’s Very Own) merch. This is the fourth OVO location to opening, alongside the original spot on Dundas St. W. as well as stores in New York and Los Angeles. 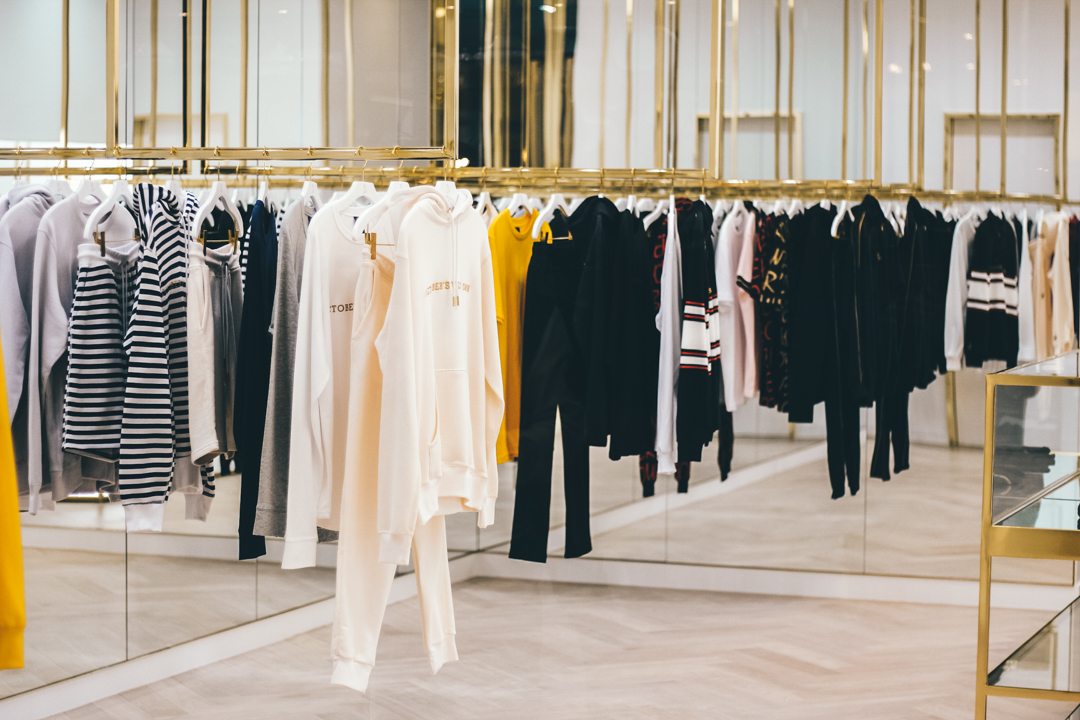 A closer look at the wares came courtesy of @welcomeovo‘s Instagram Story: 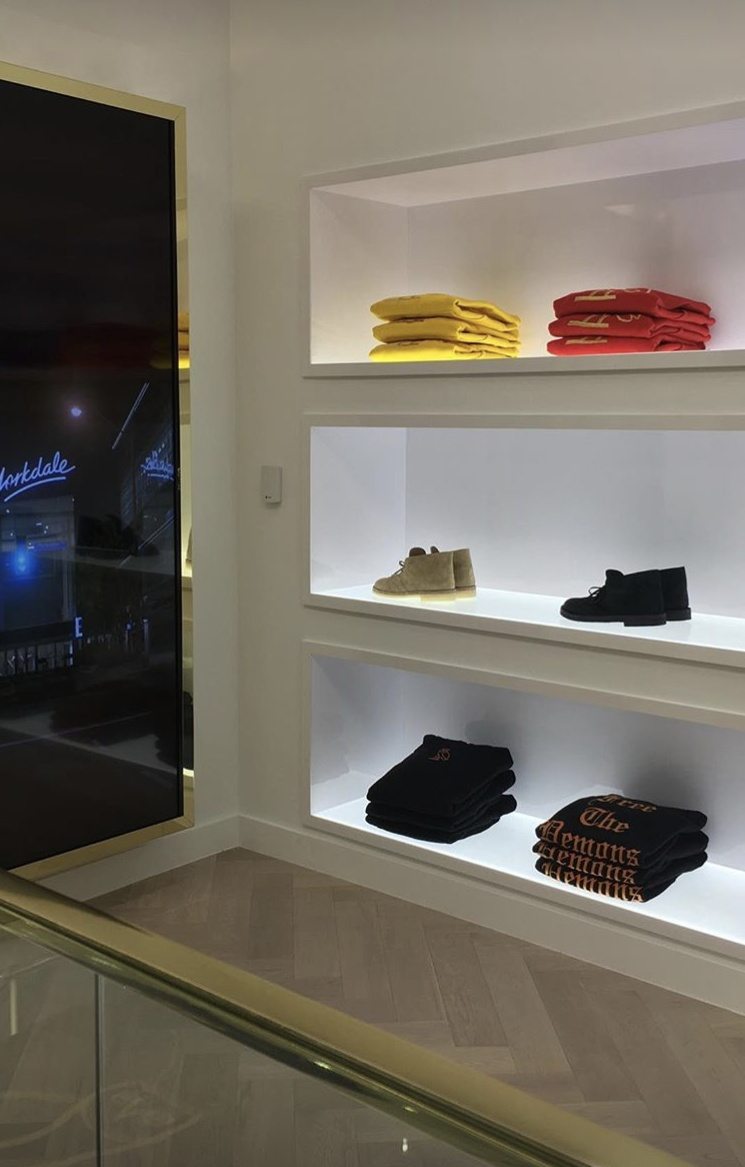 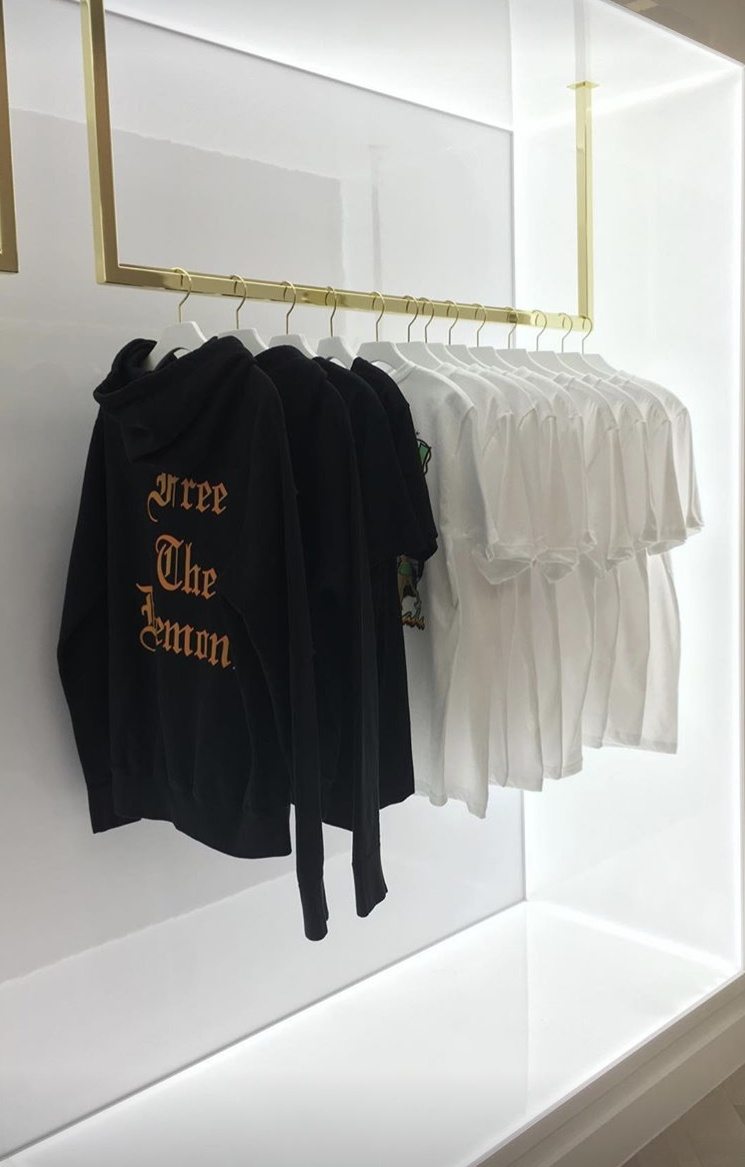 The store will carry OVO-branded apparel, including T-shirts and tanktops (starting at $40), hats (starting at $50), track pants ($120), and hoodies ($150) emblazoned with slogans like, “Free the Demon.” The store also carries jewellery and footwear: 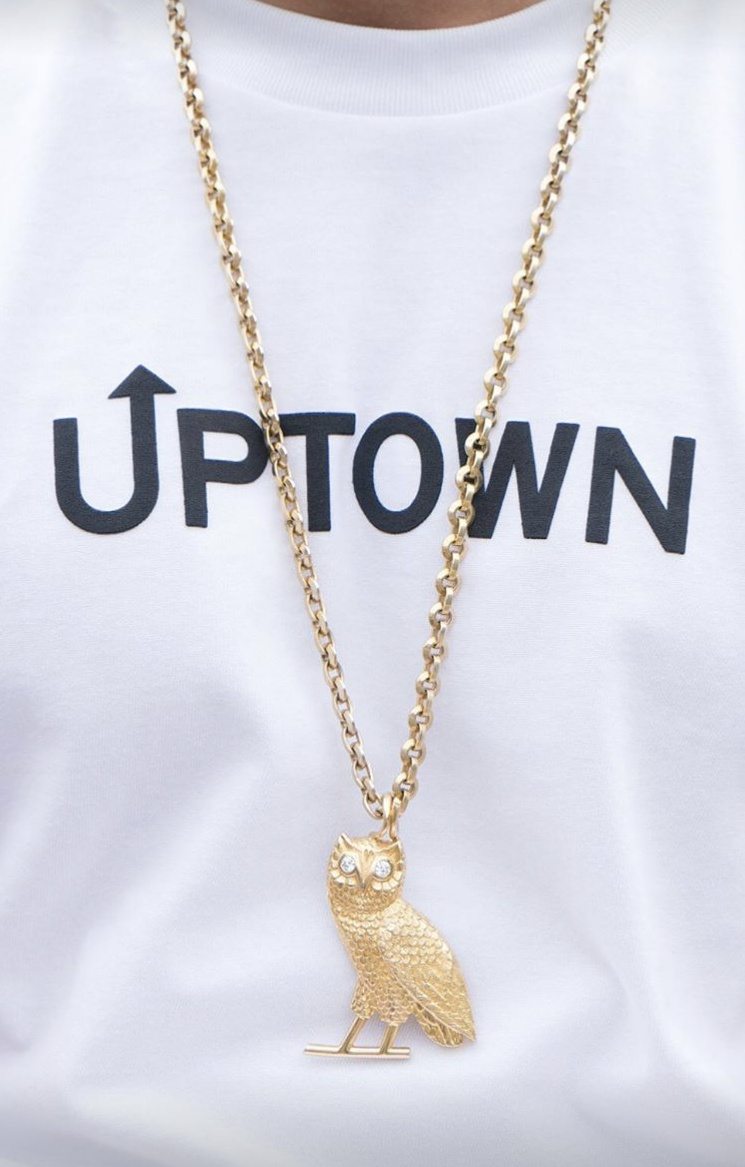 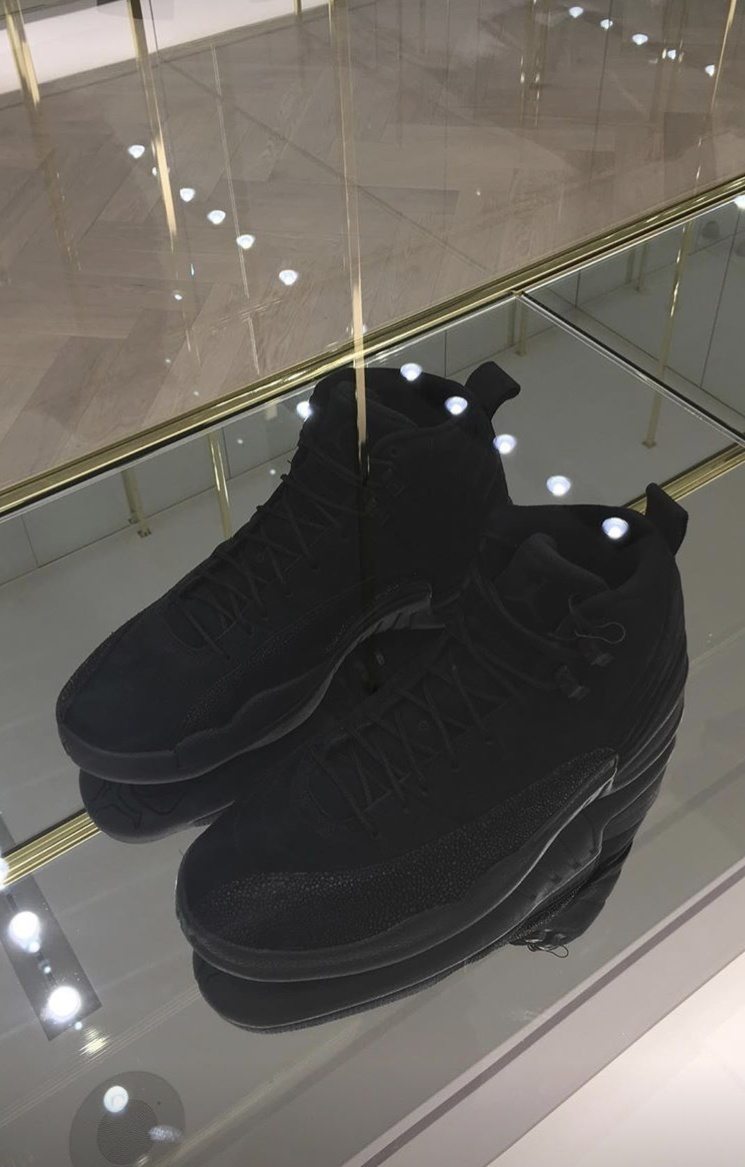 Of course, owls feature prominently throughout: 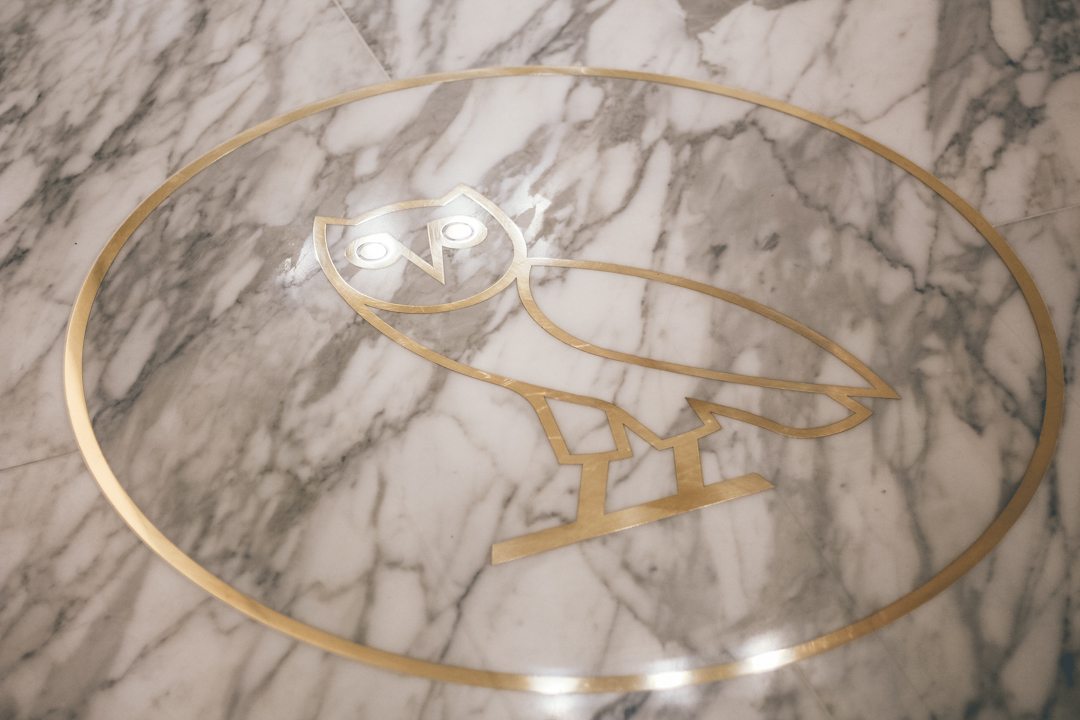 Here’s another one from the change-room area: 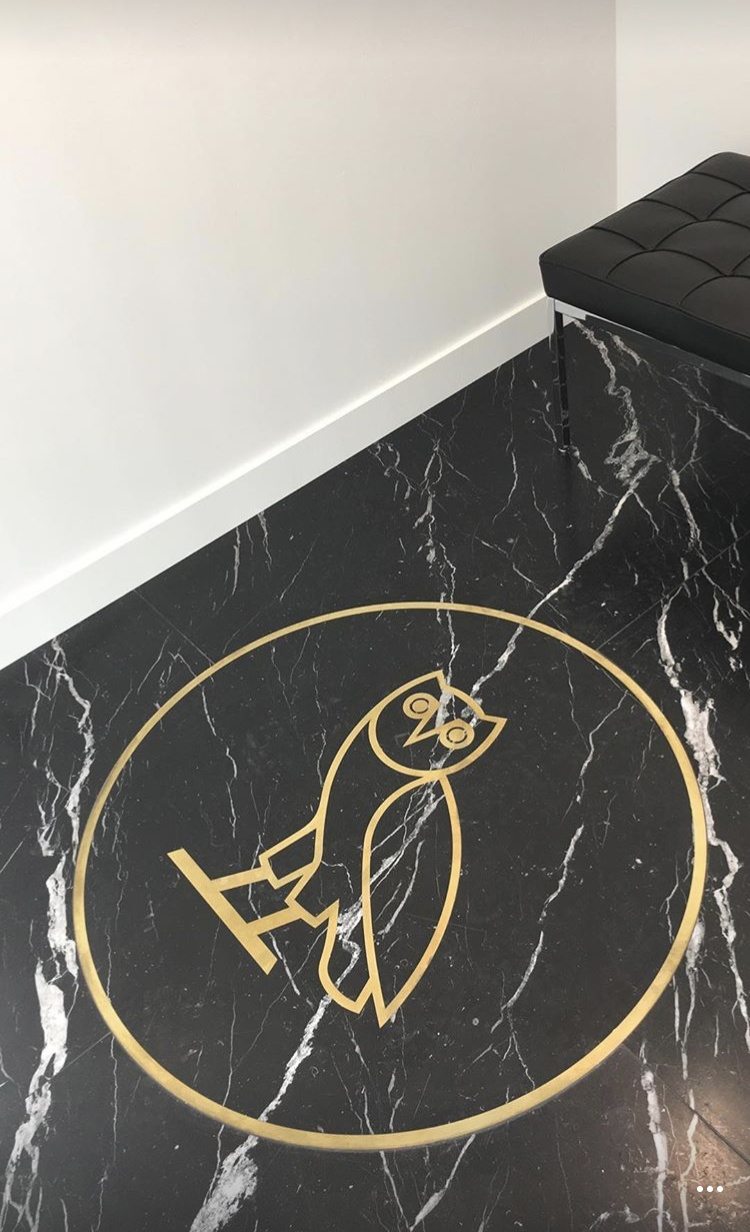 And on a sweater: 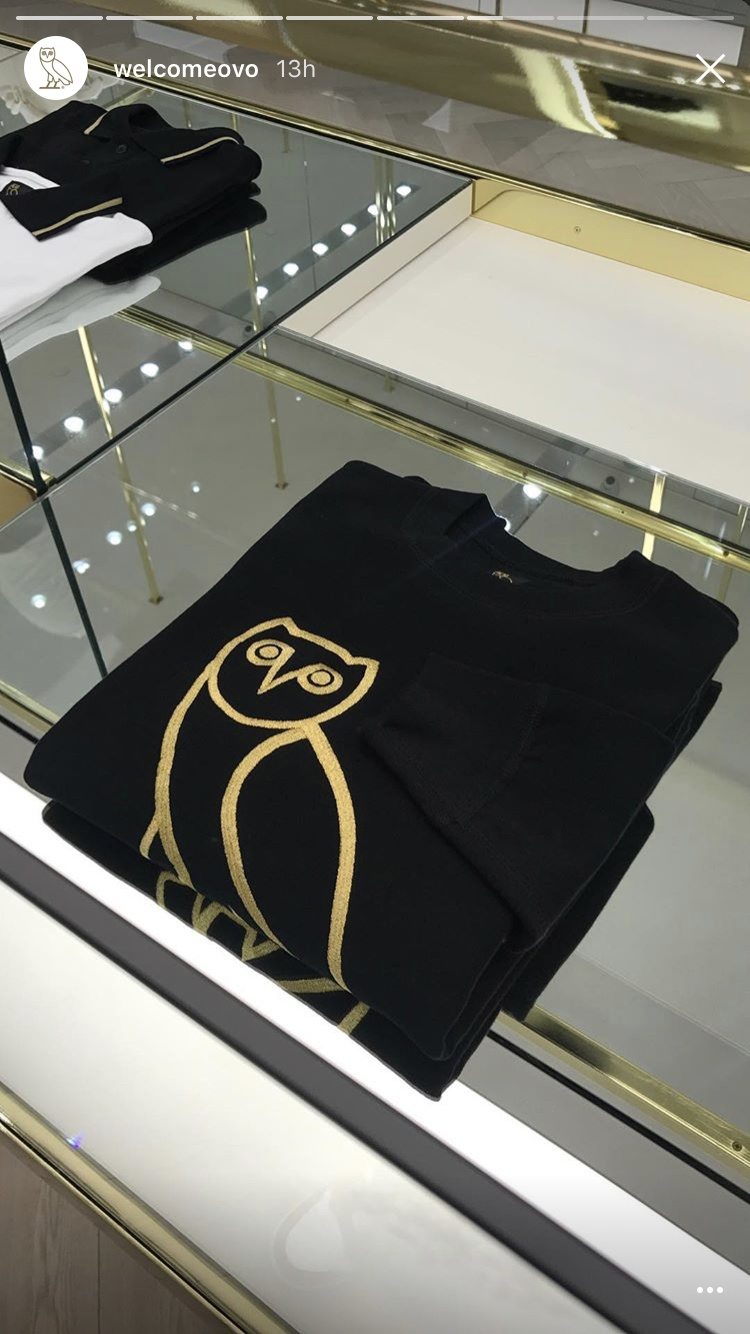 Last Thursday, Drake teased the opening of the store by releasing a clip from the music video for ‘Gyalchester’, which shows him and his crew driving a Cadillac Escalade through the mall. 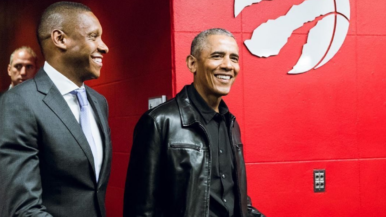