For as long as anyone can remember, buying a house in Toronto has been a feat of Herculean proportions. Things got even worse during the pandemic, when inflated asking prices, gnarly pre-emptive offers and cutthroat bidding wars turned the hunt for a dream home into a big-time pain in the behind.

But lately, pandemic-induced debt and increased mortgage rates have some experts anticipating a slowdown. So we ventured to an open house, to ask potential buyers about the state of the city’s real estate market. 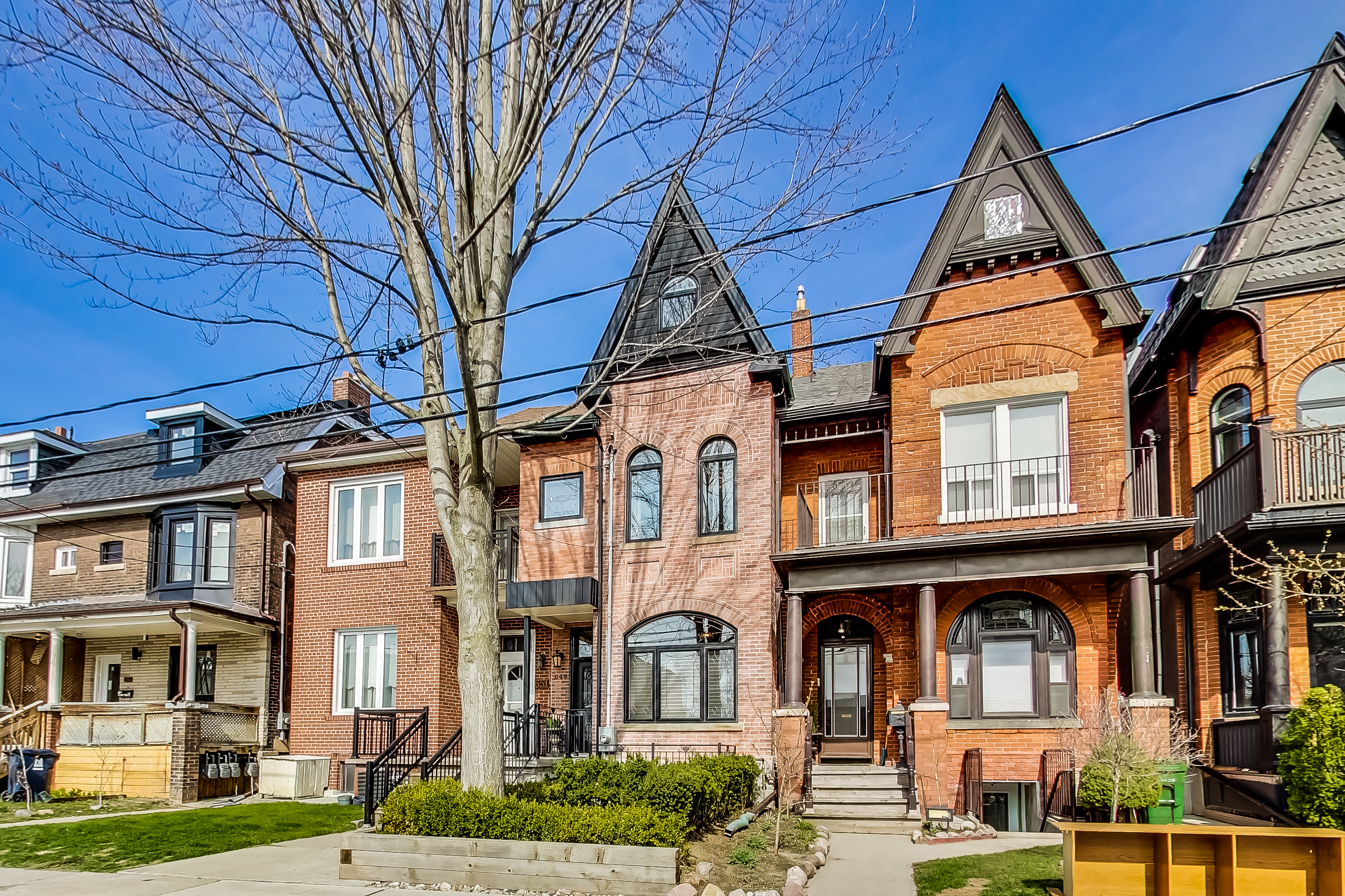 The place? A four-bed, four-bath on Manning Avenue, listed for $1,899,000 by agents Jon Paulson and Cheryl Mickolwin of jandcrealty.com. 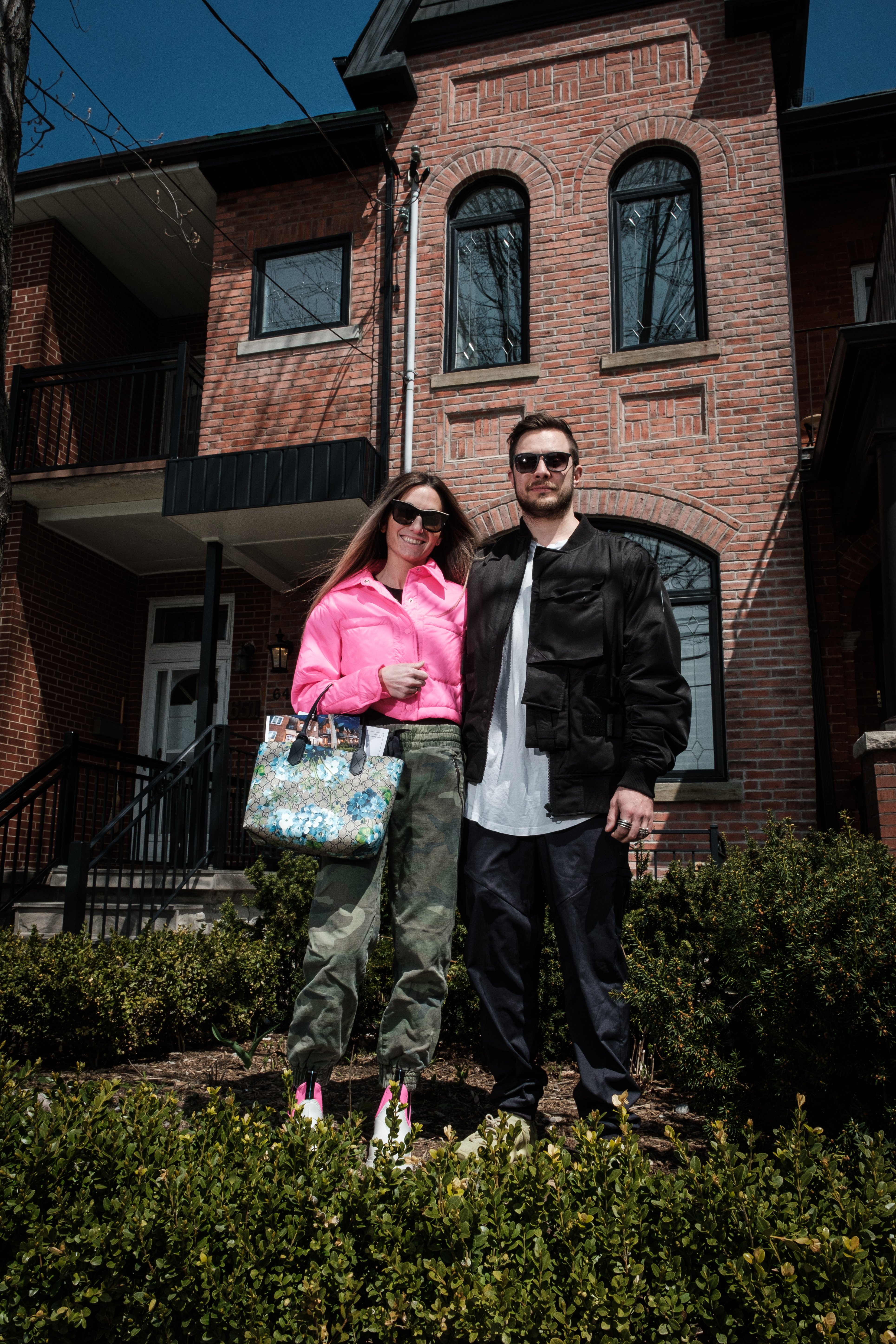 What sort of house are you looking for?
Deborah: We own a condo together near Moss Park. We’re getting married in two months, and want something bigger. We’re looking for an open-concept home with enough bedrooms so that if we have a child, they can have their own room. We also want office space and a gaming room—Ivan really likes gaming. My wish-list also has four bathrooms: a master en-suite, a guest bathroom, a main floor powder room and a basement bathroom. We also want parking, and are pretty hell-bent on a walk-in closet.

Finding a house is frustrating because even with a nice showing—it’s beautiful, you love it, good price tag—you know that it’s potentially going to go for $600,000 to $700,000 above the asking price. So all of a sudden, what was in your price range is no longer in your price range. I always say to my parents, “I did everything right.” We went to university, we both work hard, have good jobs, and yet I can’t have the dream home my parents had without spending a lot of money. Our budget for the home we want is $2.8 million. It can feel so unattainable for Torontonians.

How do you feel about the state of the real estate industry?
Ivan: We’ve watched the market since we bought our condo in 2018, and I’ve followed market stats really hard for the last year. Seeing the Bank of Canada raise interest rates, and with inflation numbers trending the way they are, it can get pretty depressing. We’ve both been in our industries for more than 10 years, and yet anything in a realistic price range is uninhabitable—the barrier to entry is so high.

But we hope that if prices get driven down and fewer people are purchasing in the next year, it could get rid of some competitiveness and work in our favour. Only recently have we seen things sell for asking or slightly under, but those are few and far between. Last weekend we saw four open houses, and we’ve got more this weekend. We’re on real estate websites every day, and we just started working with a realtor. The buying strategy is simple: place bids fast, but still defer to your realtor to make sure it’s a good move. 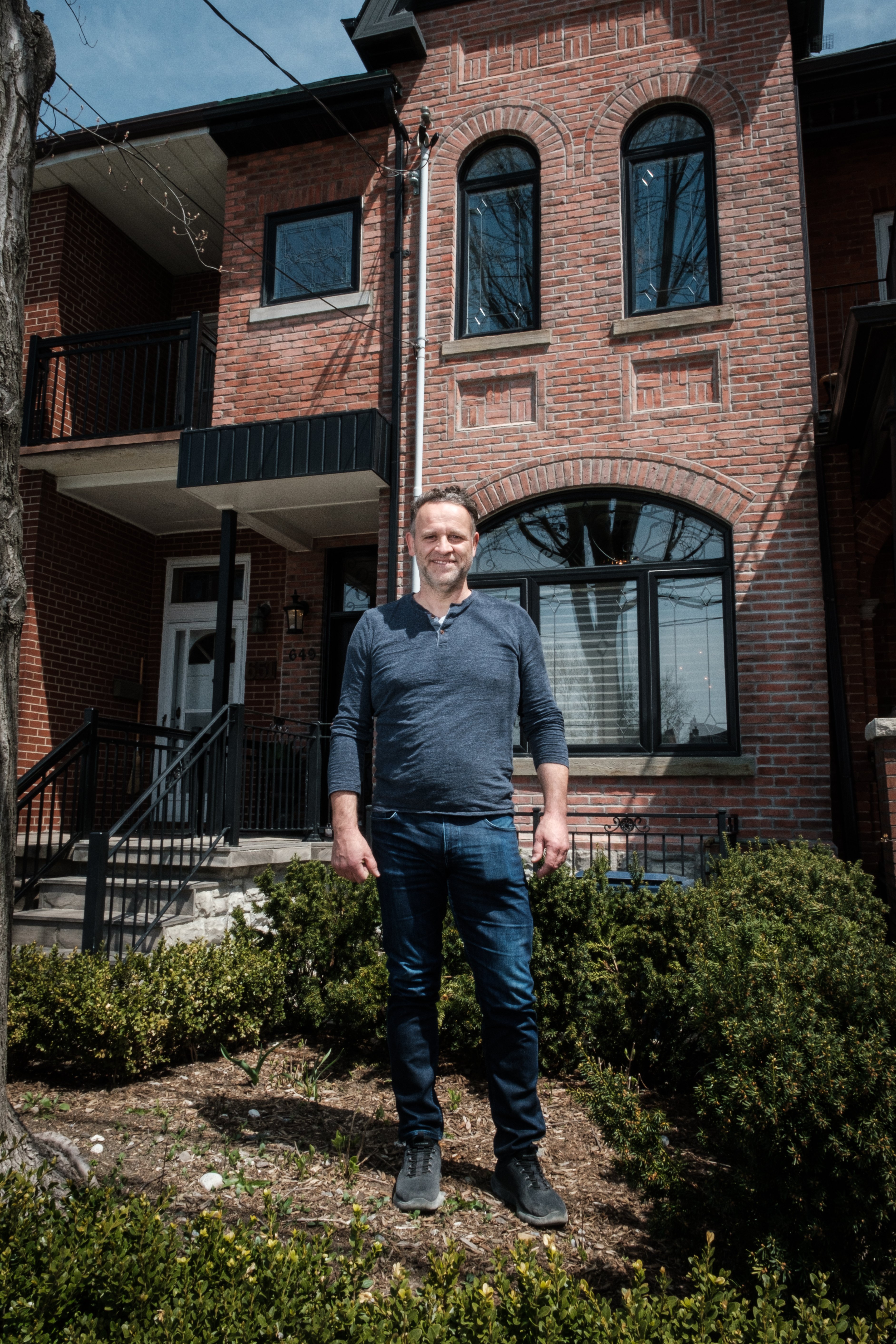 What made you want to buy a new house right now?
I want to buy because I’m getting close to retirement. It’s 180 days away. I live in Mississauga because it’s closer to my work, but I’m looking to sell the place and come back to the city. I still have lots of friends around here. I’ve just started shopping this year, so I haven’t placed many bids yet, and I am not overly picky about the type of home. A detached house would be nice, but for my budget I’ll probably have to accept a semi-detached. Either way, I’d want to be somewhere where I can rent out the basement for some extra income.

What’s your buying strategy?
The main strategy for me is to stick to my budget. My max would be $1.8 million. I don’t think I’d go crazy in a bidding war, because that’s a good way to spend a lot more than you want to. The market in Toronto is not going to decline anytime soon. I think Toronto is a young New York City, and it’s just going to keeping taking off and gaining value. I wouldn’t be surprised if it eventually reached the same highs as New York, and there’s still a way to go before then. So I think it’s wise to get in as quickly as I can. 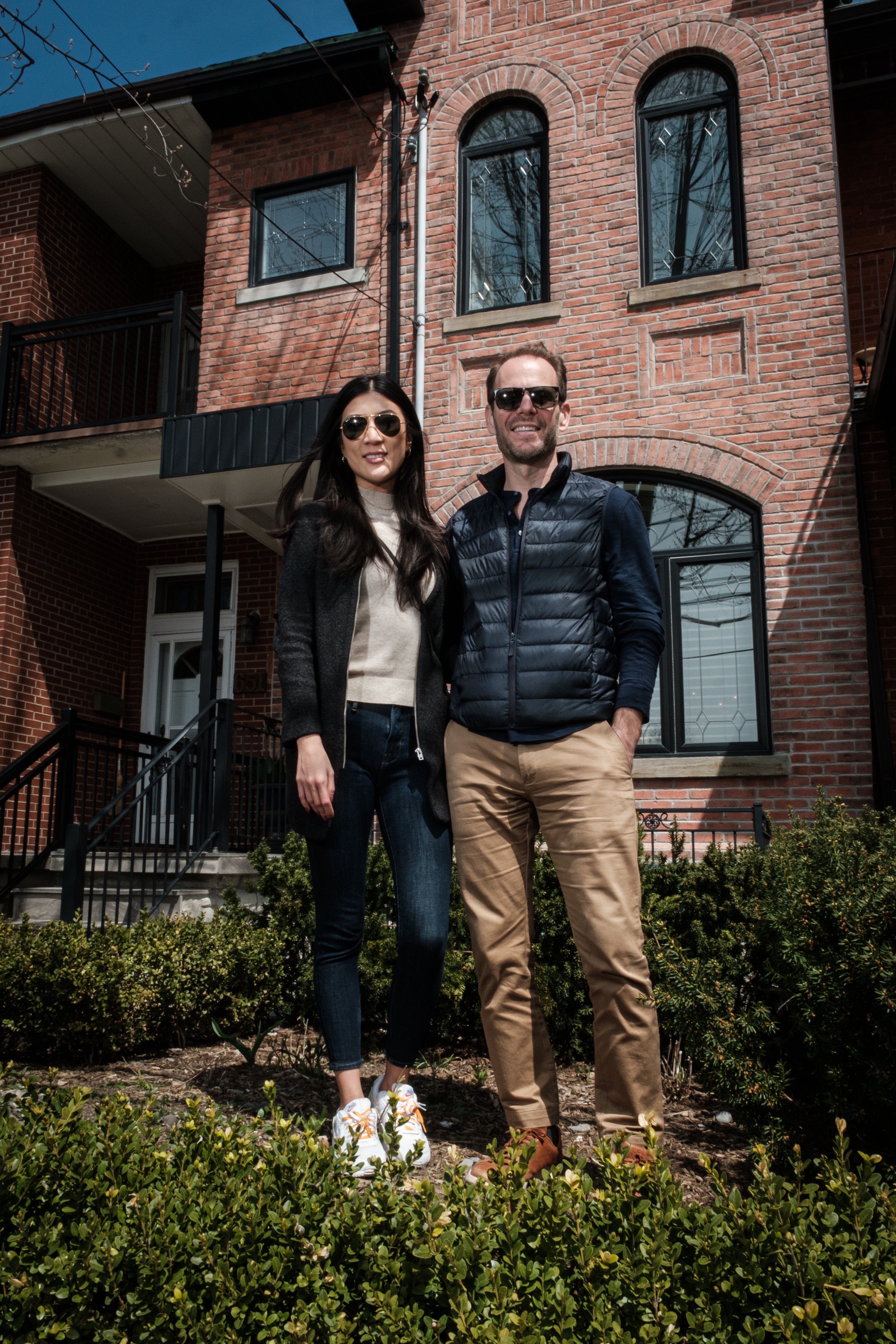 How have you found the home-buying experience?
I’ve been in condos for the last six years, and now I think I should buy a house. I want a piece of grass, something with more space inside, not just one unit. Over the last few years, I’ve seen maybe 10 open houses. I’m not aggressive, especially as interest rates are going up. I also don’t think I’ll be the guy to bid way out of market: if somebody really wants it, they can have it.

I don’t think right now is a good time to buy. The market is so hot that it’s hard to make sense of renting versus owning. So that’s why I’m not really going to jump in with both feet unless I find something really compelling. I’m more so monitoring the market so that I know what the relative values are once buying does make sense.

There have been reports that the market is cooling. What are your thoughts on that?
I think changes in mortgage rates will hit the market eventually. Right now, people are still burning off their pre-approvals, but as soon as that all disappears, you might see some more moderation in the market. And then interest rates are going up. That’s also kind of what I’m waiting for: grin and bear higher interest rates for a few years, and wait until they come down again. I think the market has gotten ahead of itself and interest rates will probably fix that. 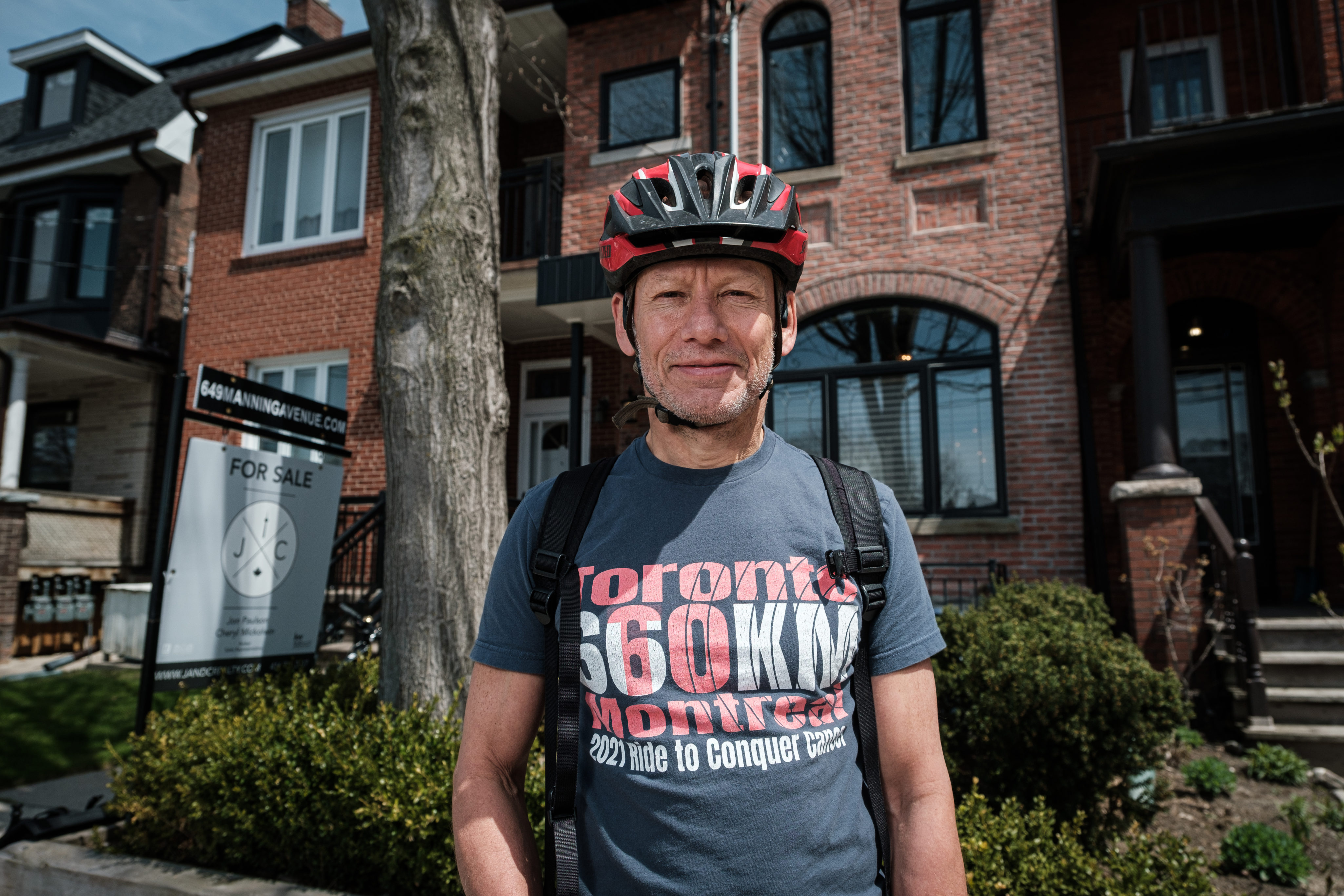 What sort of house are you looking for?
I live in a townhome in the area with my wife, and we’re looking for a standalone house, a detached or semi-detached where I don’t have to pay condo fees. I’m paying those now and I really don’t like that. I don’t know if I want to wait too long before buying. That’s risky. It’s difficult because now the interest rates are going up. It’s also discouraging to sell, because you pay your realtor and also moving fees. At the end you’re out $100,000 for what could be the same place. So, that can also make it discouraging to move.

What has been the most frustrating part?
What I hate the most about the real estate market in Toronto are these blind bidding wars—they drive me crazy. I’ve been a victim of that before, where some people make fake offers to inflate the price. In the past, I put in an offer for a house, but was told another offer was better than mine. I got into a war, gave up, and realized the house was never sold, so I wonder if there was any offer on it at all. That really pissed me off. My strategy is to avoid getting into a bidding war: my rule is to never go more than five per cent over the asking price, and I wouldn’t go over $1.8 million. 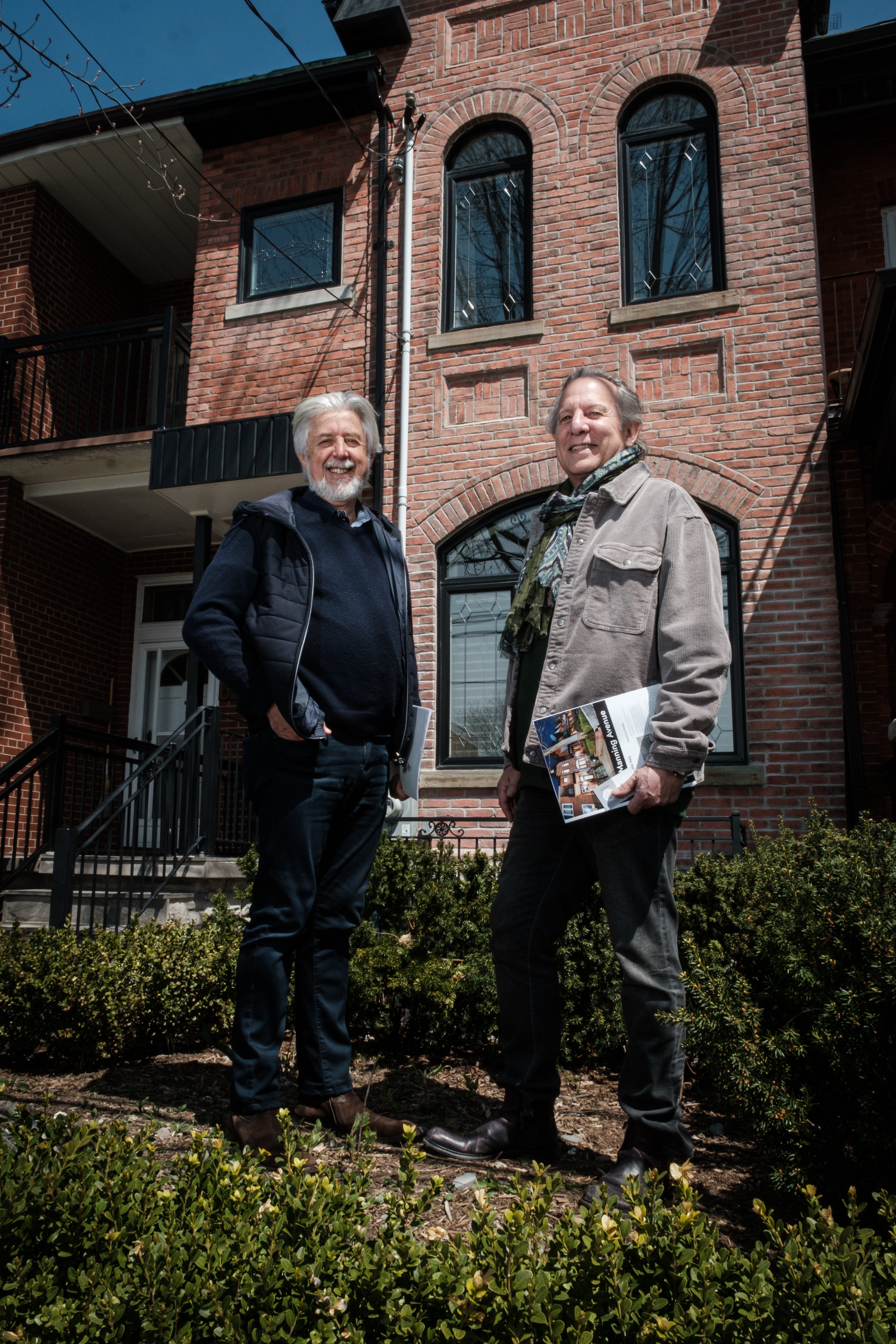 What made you want to buy a new house right now?
Enio: I’m moving into the city from Thornhill. Now that the kids are out of the house, I want to be in the urban centre.

How many open houses have you been to?
Richie: Today, this is our fifth. In total we’ve seen about a dozen. Every house we’ve seen today, if we’d buy any of those, we’d be happy. They mostly just need sheets and pillow cases—there is a lot of quality in the market.

What’s your buying strategy?
Richie: If there are five offers and they’re asking for $2 million, do you go in at $2.3 million? $2.5 million? $2.7 million? We’ve been asking this for years. Either way you have to be ready to go up. This open house here is selling for $1.89 million, and I think it will get $2.5 million.

Enio: If I find what I want, it’s a done deal. I have a flexible budget.

How do you feel about the state of the industry?
Richie: The market here in Toronto is not cooling. Not in the city. Not in the Annex, not in Little Italy. Showings have 50 people coming in. There’s tons of appetite. 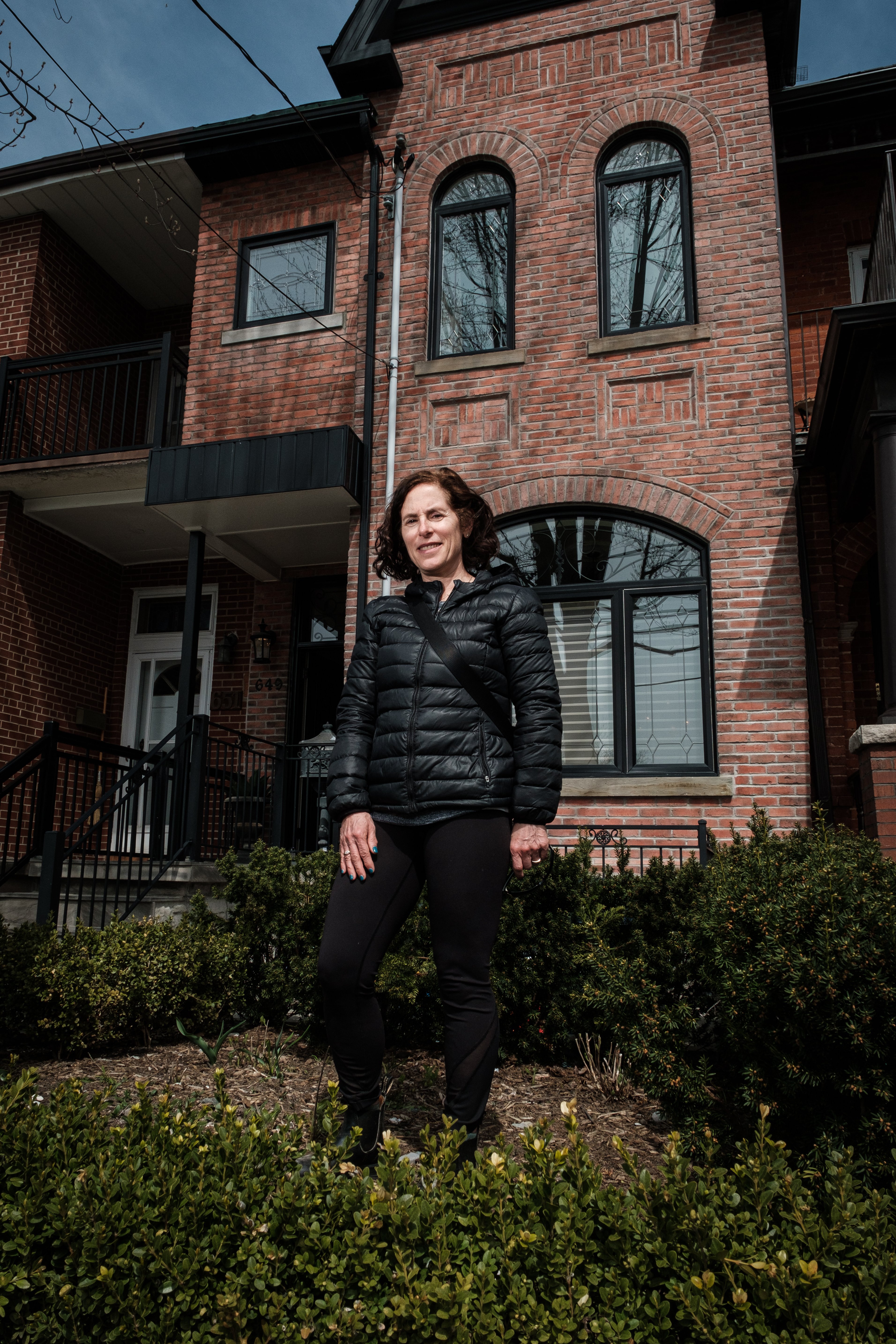 What are you looking for?
A fourplex in the city would be perfect, something accessible where I don’t have to hire another company to do the maintenance. I’m not visiting many open houses just yet, but I started looking for investment properties a few years ago after my mother passed away. We sold her condo and then we had the money to buy an investment property. I thought the residual income would help me when I retire. Since then, I placed a bid on three or four places, in 2020 and 2021.

What’s your buying strategy?
You have to have a number in your head of what you can afford, and then try to stick to it and not get caught up in the bidding. But the market moves quickly… I used to have a budget a year ago; I’m not sure if I have the same one now. I don’t think it’s a good idea to buy now, but it’s a good idea to buy in general. This year, I think we’ll see a dip, but then it will go up again. I feel for the generation below us—the market is very inaccessible. You pretty much need help from your family, or to be a doctor or a lawyer to get in.

This article has been updated to reflect that Enio Zeppieri is not retired.