“We don’t miss the city”: Why a communications manager and a nurse left Toronto for Midland

“We don’t miss the city”: Why a communications manager and a nurse left Toronto for Midland

Who they are: Chris Lepp, a registered nurse, 40; Laura Tulley, a communications manager, 32; and their two-year-old daughter, Jayne
Where they lived: A one-bedroom condo at Bloor and Jane
Where they live now: A three-bedroom detached house in Midland, about a 90-minute drive north of Toronto 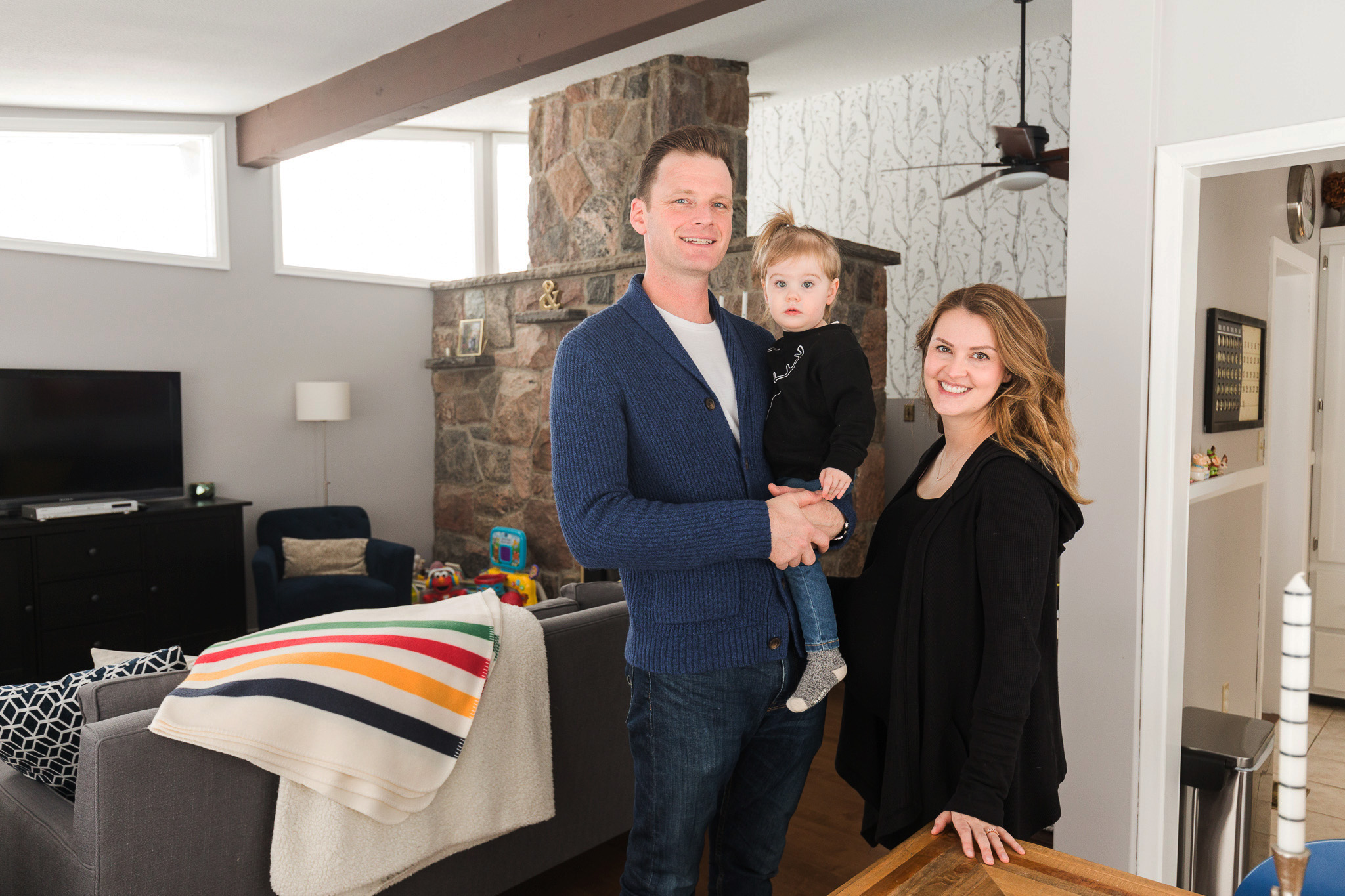 Laura: I grew up in Markham and my parents were both teachers. It was a pretty average southern Ontario childhood. After high school, I moved to Hamilton to study communications at McMaster. In 2008, I came back for postgrad study at Seneca. Then I did a master’s in communications at Ryerson. At the time, I lived with my sister in a one-bedroom apartment at Yonge and Sheppard, and paid $400 a month to sleep in the den.

Chris: I’m from a town called Virgil, about 15 minutes from Niagara Falls. We lived in a subdivision, but there were farms all over the place, so we played outside most of the time. I had no idea what I wanted to do after high school. I spent seven years doing all sorts of jobs. First, I worked in construction. Then I worked in a machine shop, operating a milling press that forged dyes for car parts. In 2001, I took out a mortgage on a $90,000 three-bedroom bungalow in St. Catharines. A few years later, I figured it was time for a career change. I wanted to do something that would help people, so I decided to become a nurse. In 2007, I sold the house for $185,000 and put a chunk of that money toward tuition. I eventually graduated with a nursing degree from Brock and got a job in the intensive care unit at Guelph General Hospital. 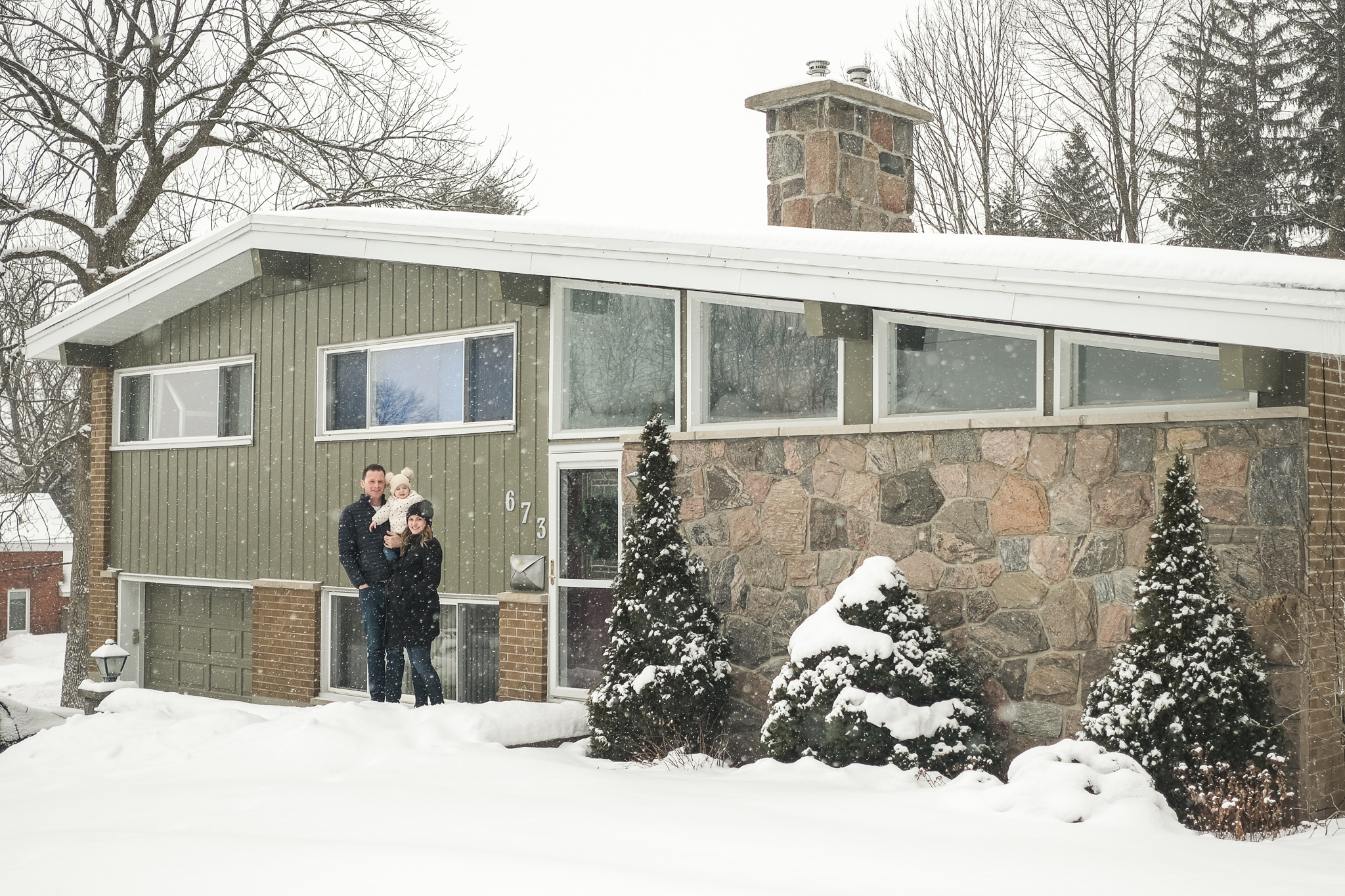 Laura: In 2014, I moved to a great one-bedroom apartment in the Distillery District. It was the first time in my adult life that I didn’t have a roommate. I was working at Hill+Knowlton, a big international PR firm, but the $1,450-a-month rent was eating up a huge portion of my salary. While I was living there, I met Chris online. It was the early days of Tinder and we got lucky because the app matched us, even though I was in Toronto and he was in Guelph.

Chris: Our first date was at a pub in Liberty Village. I drove up from Guelph in the middle of a snowstorm in my old Ford Focus. We were so immersed in conversation, we didn’t even eat. I came to Toronto again the next week, then Laura came to Guelph. Pretty soon we were in a long-distance relationship. We did that for a year, until 2015, when I got a job at Humber River Hospital and moved to the city. We moved in together immediately. It was sooner than we expected, but it seemed crazy to rent two apartments in Toronto. 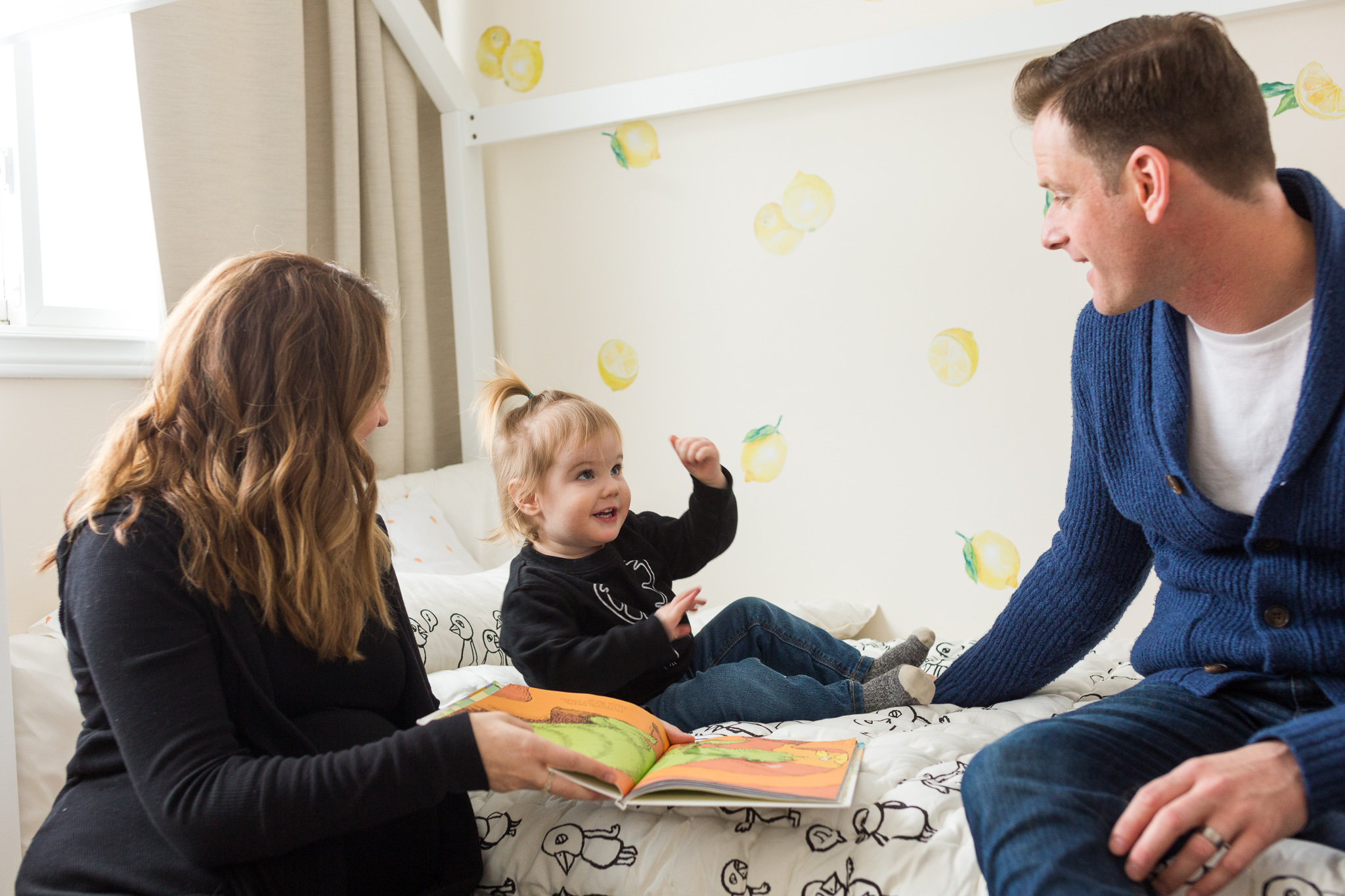 Laura: Chris found us an apartment at Bloor and Jane in a brand-new low-rise building overlooking the Kingsway. When we first moved in we were paying a total of $1,650 a month. It was a beautiful one-bedroom plus den, with hardwood floors and granite counters. The area was great, too, just a short walk from Bloor West Village. I was working at a new PR job at Yonge and Bloor, so I could jump on the subway and be at the office in half an hour.

Chris: On the weekends, we’d go to the Coffee Tree, get our groceries at No Frills or go out for dinner and drinks at the Henry VIII pub, where Laura really liked the wings. I loved biking along the Humber River on my way to work in the summer. I’d get in a solid 40 minutes of riding each way, so it was my commute and my exercise. I could leave the car in the underground parking at our apartment and bike everywhere. 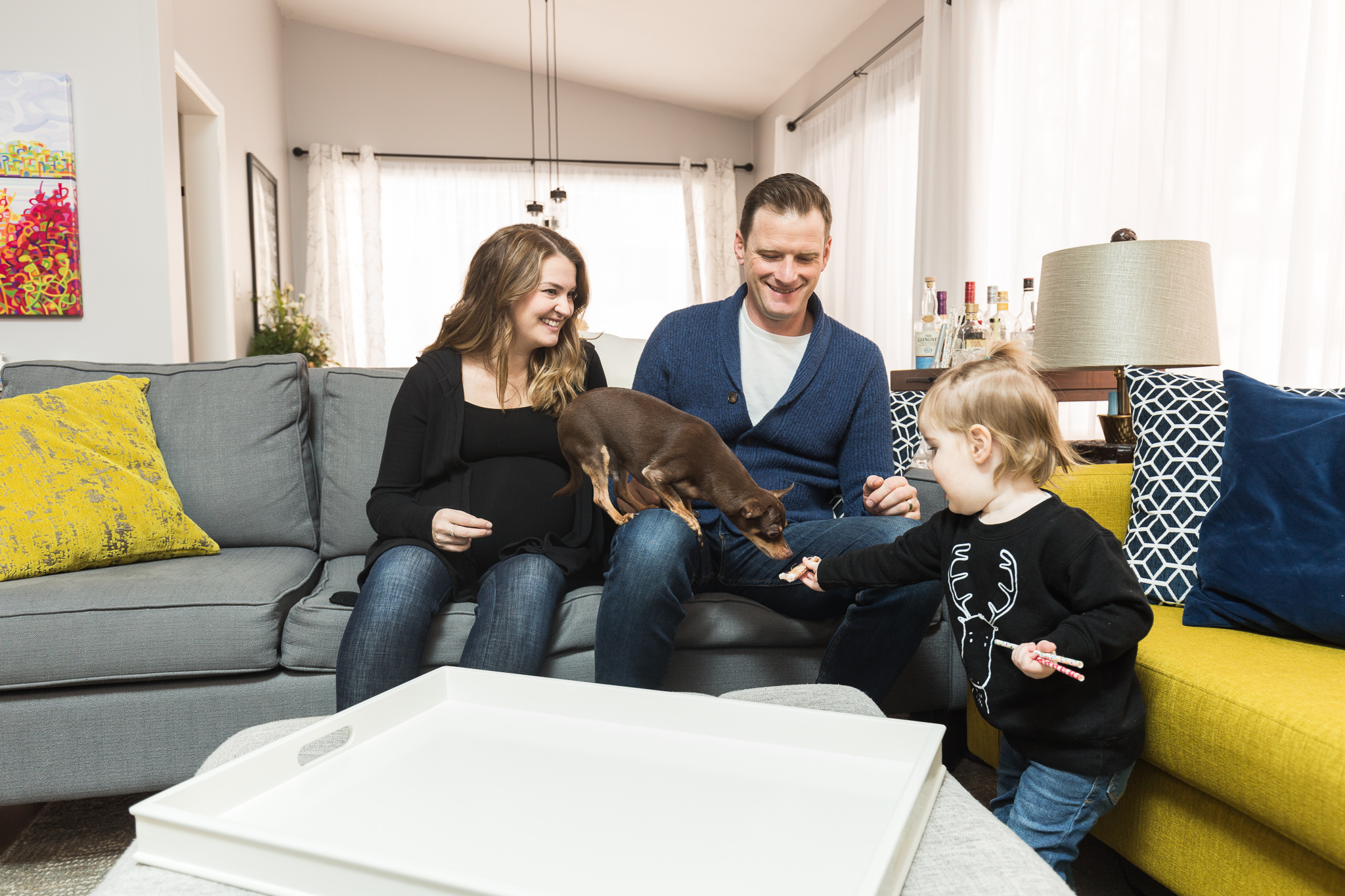 Laura: One day in 2016, I left the apartment for a moment, and when I got back there was a pink sapphire ring on the table next to a vase of hydrangeas. That was Chris’s way of proposing. Of course, I said yes. Shortly after, we started thinking about leaving Toronto. We planned to have a couple of kids, which meant we’d need a bigger place—but houses in Toronto were so expensive, and lots of places want you to put down $1 million with no conditions, which we couldn’t afford to do. So we expanded our search to the GTA, only to realize that Scarborough, Mimico and Mississauga are also prohibitively expensive—except without the convenience of being able to jump on the subway.

Chris: We briefly looked in Guelph, but in the spring of 2017, it had just been listed as one of the most desirable places in the country, and prices were going crazy there, too. At that point, we decided it was time to think bigger and get some real bang for our buck. Laura’s family had always cottaged in Balm Beach, so we started looking up there. It’s pretty far north, but it was more appealing to us than living in a subdivision in Barrie or Mississauga. Her parents recommended a realtor, and she showed us seven houses in one day: everything from new-build townhouses to big old family homes. One of them stood out. We loved it immediately, and we had enough financial flexibility to figure out our work situation later, so we made an offer of $375,000. 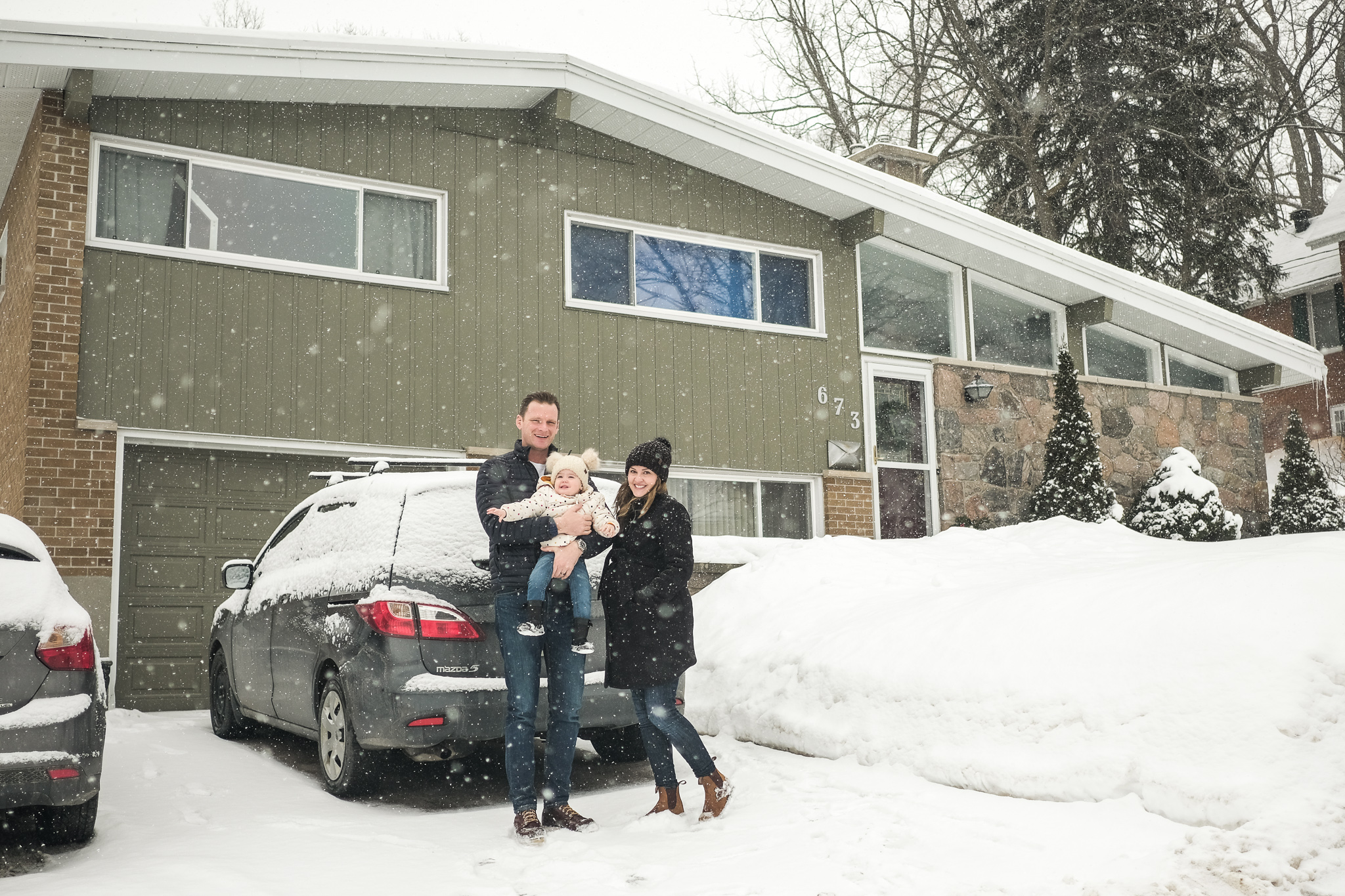 Laura: Everything happened so quickly. In May 2017, we got married at Discovery Harbour, the same historical park where my parents met in 1976. It’s in Penetanguishene, just north of Midland. On the day of the wedding, our offer had been accepted but we hadn’t closed. At the same time, I was interviewing for a job with a Toronto-based global consulting firm. I was so lucky: they didn’t flinch when I told them I needed to work remotely.

Chris: The sellers had built the home. It was like the Brady Bunch house from the ’70s, with wood panelling, orange carpets and old cabinetry. It’s a three-bedroom with a ton of personality, but a lot of the decor wasn’t to our taste. As soon as we moved in, we painted everything, changed every light fixture, redid every ounce of trim. I built a deck and a retaining wall in the backyard. We also brought in contractors to widen the driveway and redo the upstairs bathroom. The whole reno cost us roughly $20,000. 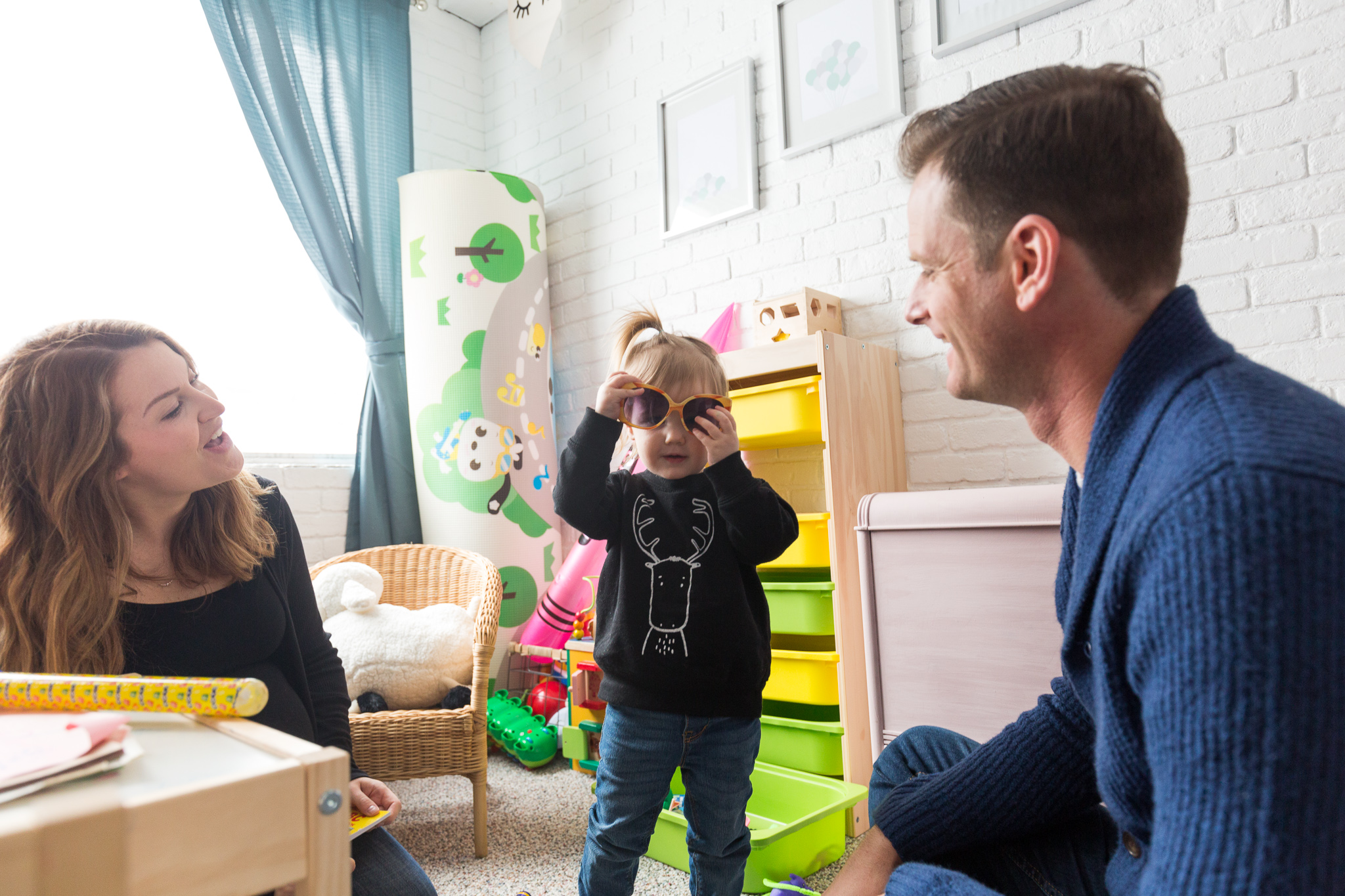 Laura: When we moved, Chris got a job at Georgian Bay General Hospital, then moved to the local health integration network in Barrie, where he coordinates healthcare for elderly patients once they’re discharged from the hospital. It takes him about 35 minutes to drive to work, and it’s a lot less stressful than back-to-back ICU shifts at Georgian Bay General. I go down to Toronto one day a week for work. I drive down early and usually have dinner with friends so I can drive back at night, after the traffic has died down. We’ve got two cars and go through about a tank of gas in each car per week, which costs about $100 total. Our household income is around $200,000 and we have a much greater sense of financial security than we did in Toronto. We’re building equity.

Chris: It really feels like we’re up north. The summertime is amazing: we fish and hike and kayak. Last summer, I loaded up my bicycle with camping gear and went up to Awenda Provincial Park and spent the night on my own. The white sand beaches on Georgian Bay are incredible. 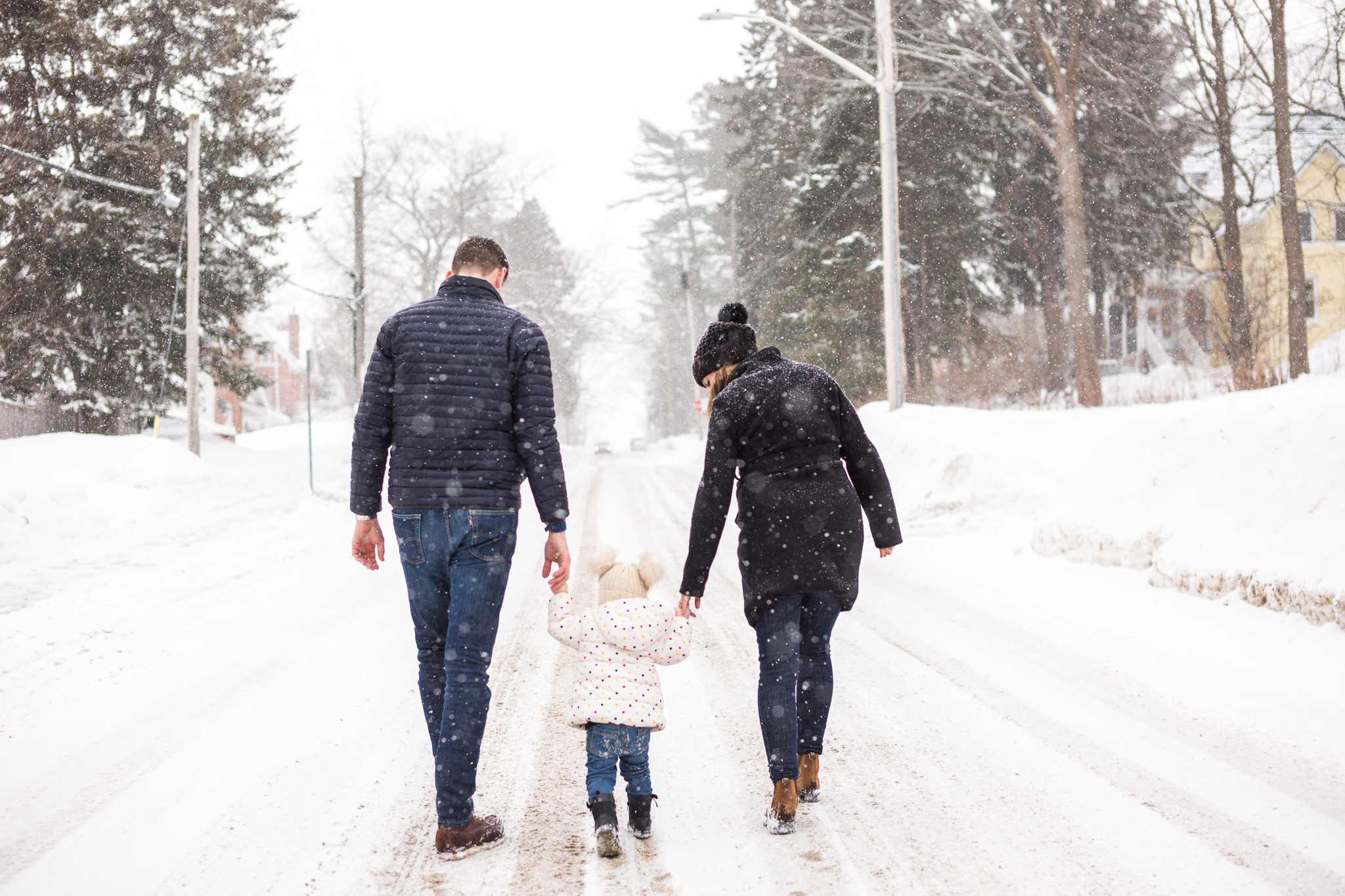 Laura: Like a lot of people who live in Toronto, I don’t think we took full advantage when we lived there. It’s not like we went out to a show every night, so it’s not that different now: we can go back for a concert and it’s a nice treat. Given everything we have up here, we don’t miss living in the city. In fact, we’re doubling down on life in the north. We just sold our Brady Bunch house for $420,000 and bought a four-bed, four-bath bungalow on a one-acre lot in nearby Midland Point. That cost $600,000. We move in May, and we’re going to need the extra space. Last week, we added another member to our family—a 10-pound baby boy named Benjamin.