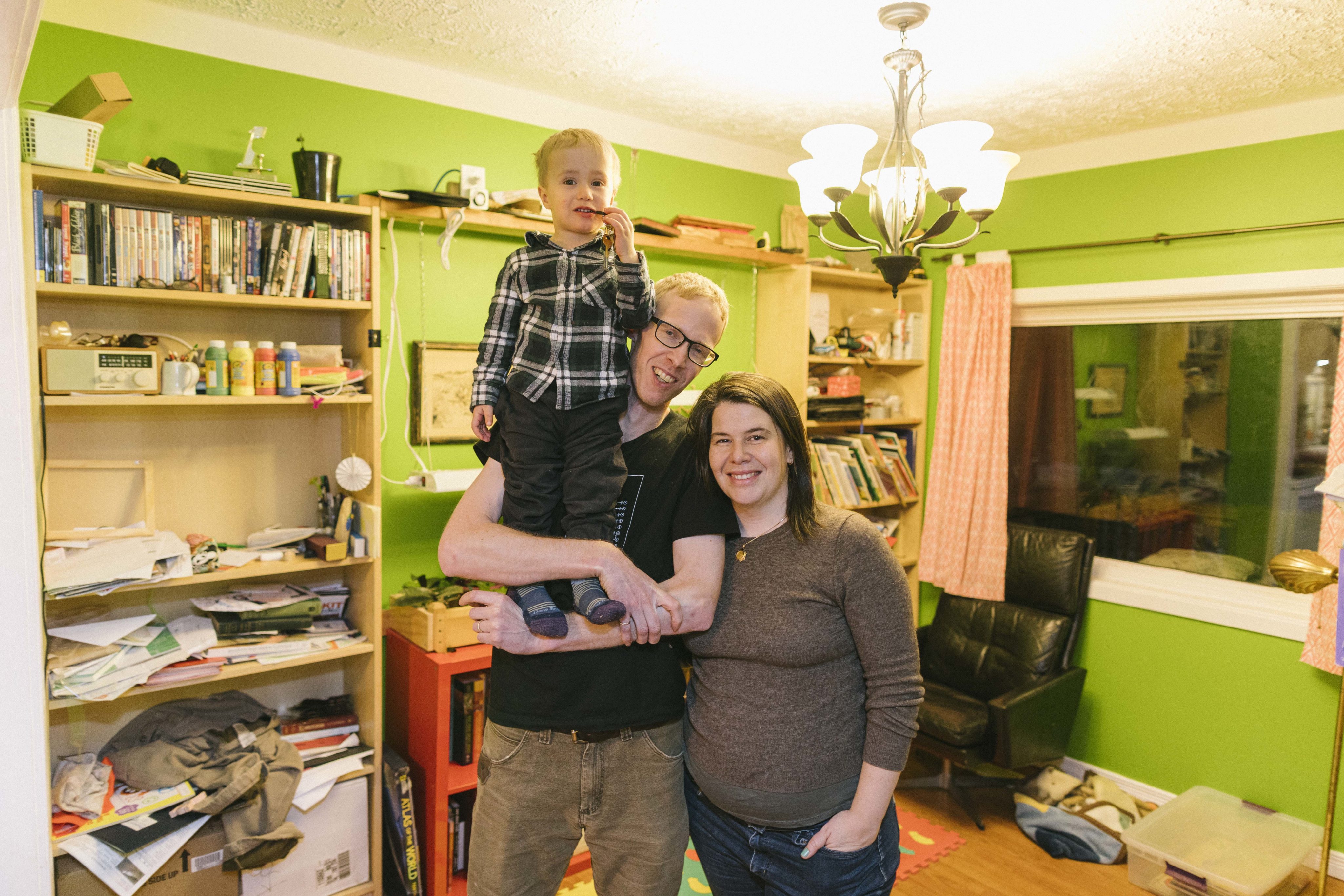 Kate: I love Toronto. That’s where I grew up. My dad bought a $17,000 house in Cabbagetown in the early ’70s, which ended up being our family home. It was typical city living: diverse schools, the noise, the smells. We ate at restaurants, like House on Parliament, where the roast beef dinner was only $9.99, and went to festivals in Little India.

After high school, I studied history at the University of New Brunswick in Fredericton. I went there because I wanted to play for the field hockey team and live in a smaller city. Then I did my master’s in military history at Wilfred Laurier in Waterloo. In 2007, I came back to Toronto and started working as a freelance journalist. 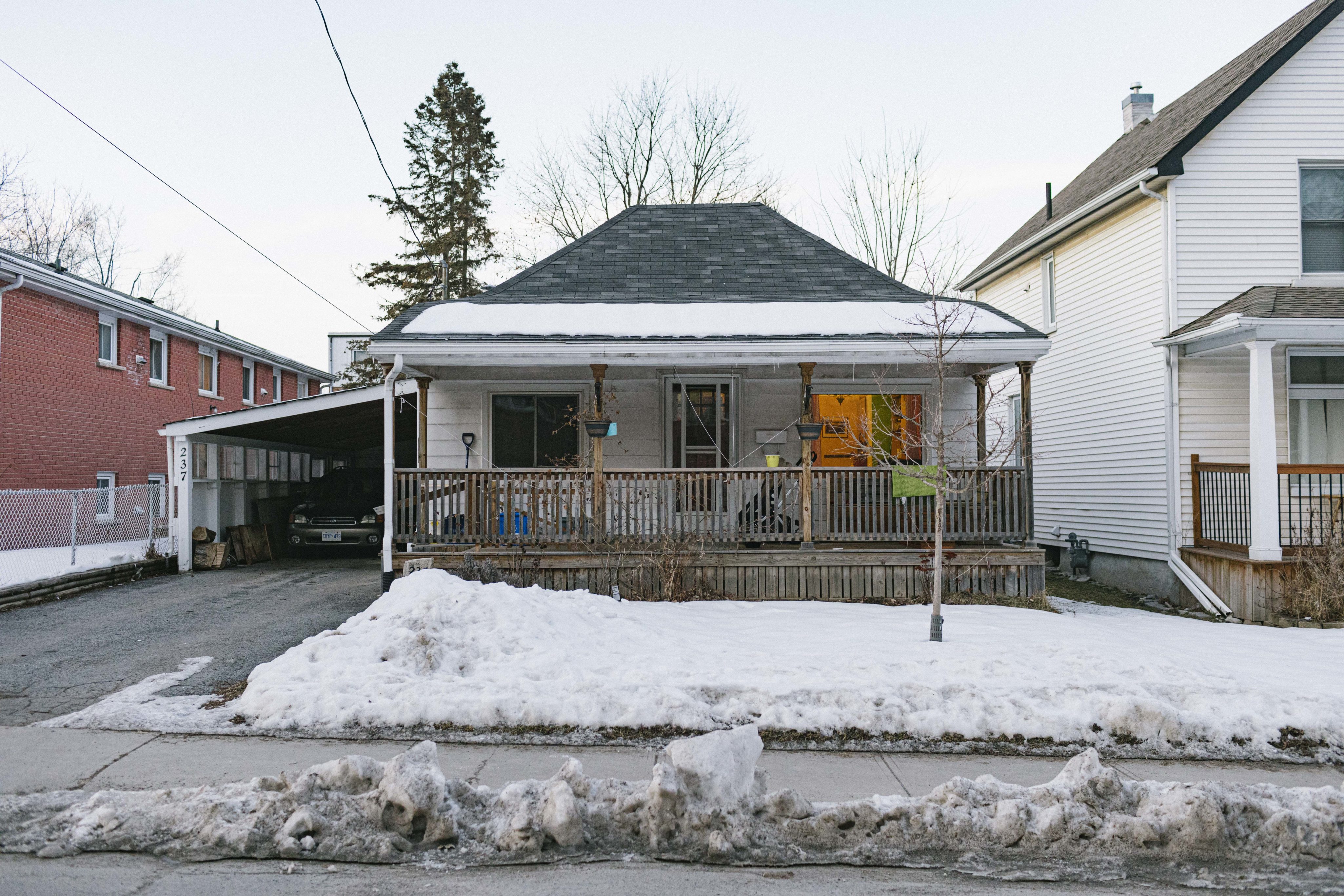 For the next few years, I lived in Cabbagetown, then at Church and Wellesley, and in 2013 I moved to Bloor and Dufferin with another friend. We paid $1,750, between the two of us, for a second-floor two-bedroom apartment. It was nice, but the kitchen was small and there wasn’t a lot of living space. On the other hand, it did have a big deck and we threw some great parties. Around that time, I met my future husband, Dave, on OKCupid. I like to tell people that we were introduced by our mutual friend—the Internet.

He’s originally from London, ON, but he went to Queen’s and became a marine engineer. He ended up in Toronto, working on bulk carriers in the Great Lakes, for a shipping company called Algoma Central. Since he’d be away on boats for months at a time, it didn’t really make sense for him to get his own place, so he just crashed at our apartment. That meant we got accustomed to cheap rent, about $600 each, because we split it three ways. 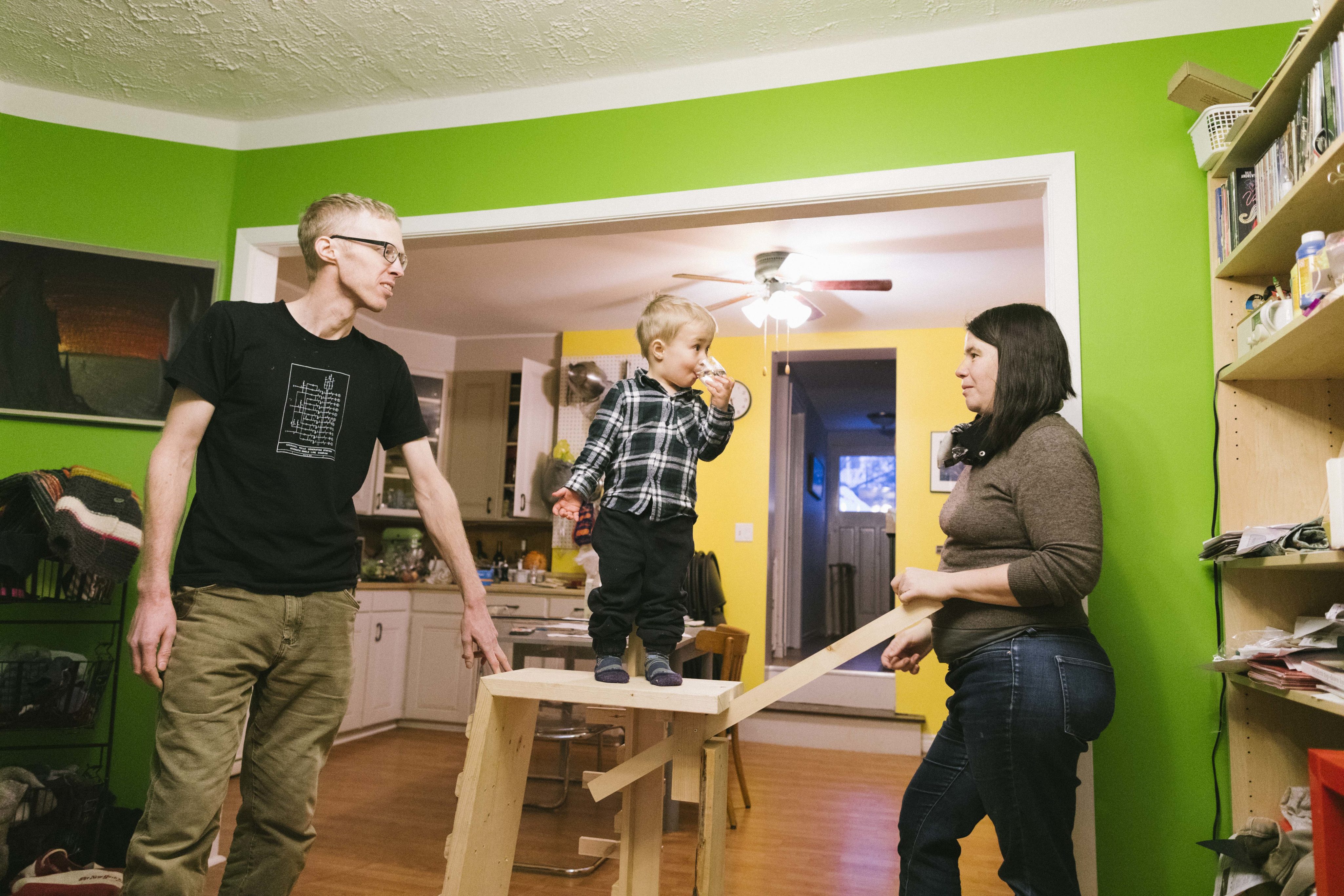 Dave and I got married in 2015, in a tent pitched on his dad’s farm outside London. Shortly after, our roommate started looking for a condo to buy. By 2017, she’d moved out and we had the place to ourselves. But with all those annual two per cent rent increases, by then, we were paying more than $1,800 a month.

I was making pretty good money as a media advisor at the Ontario Securities Commission, around $75,000 a year, and Dave was bringing in roughly $80,000. But it really felt like there were no spare hours in the day. I was getting up first thing to check the newspapers, commuting 35 minutes to downtown, working until 7 p.m. and going home. It was rough. 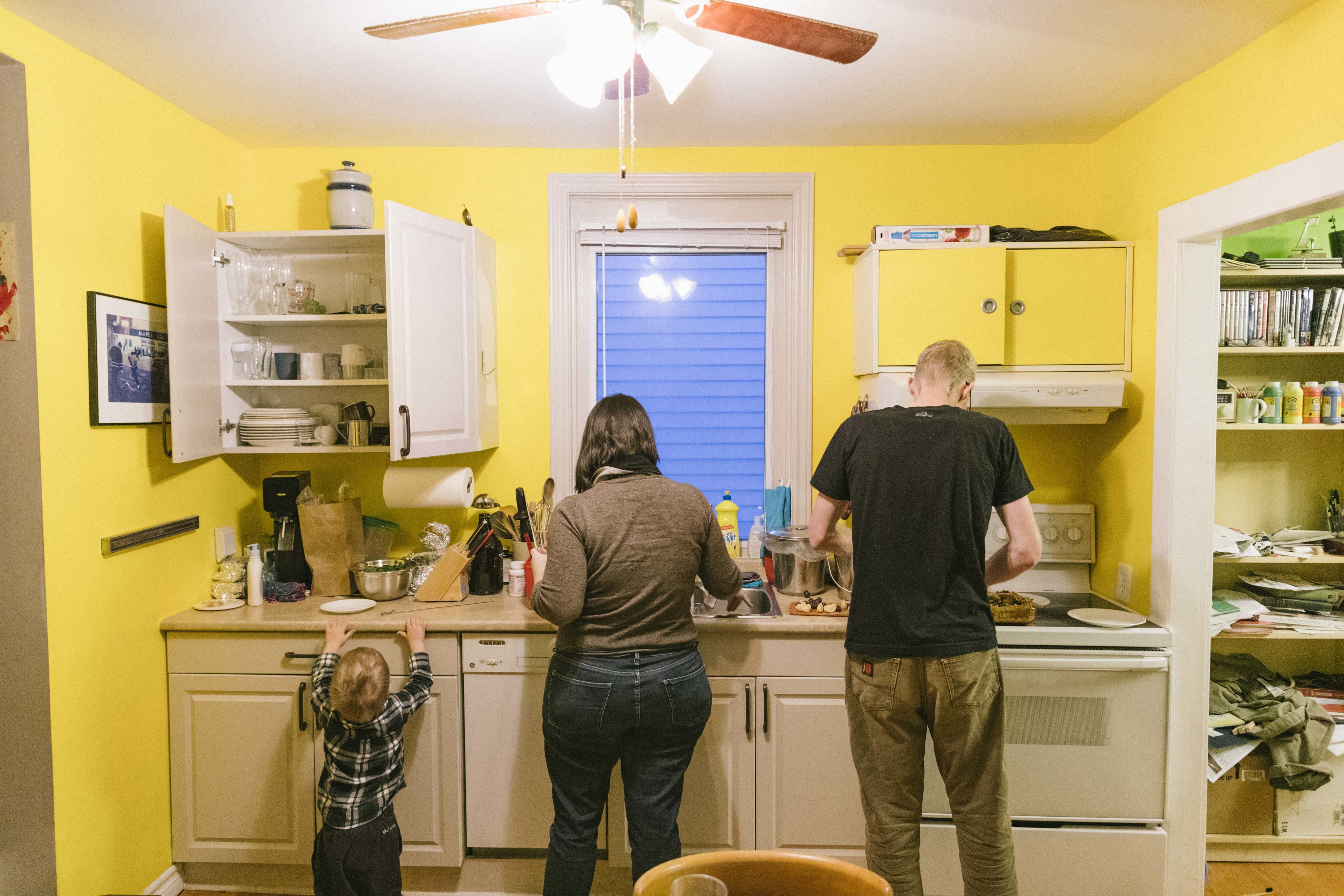 I thought about how my parents bought that house in Cabbagetown and helped build a community in the neighbourhood. It felt like they were part of something bigger. These days, it’s like Toronto has grown up and there’s no way to establish yourself. You’re just a cog in the machine. I didn’t want to be working 80 hours a week for what felt like no returns, no chance to relax. I was happy to rent for life, but there was a sense that whether we rented or owned in Toronto, we’d always be treading water.

By 2017, we were both ready for change, whether that meant switching jobs or moving elsewhere. I quit my job and our son, Ernie, was born. Dave was still working on boats in the Great Lakes, but he was on the lookout for a new gig that would keep him in Toronto. We expanded our search outside of the city, too. We viewed some places near Moncton and even put in an offer on a five-bedroom, century-old farmhouse with 140 acres of land, which would be unimaginable in Toronto. We bid nearly $290,000 but lost out to someone else. Then we tried for a four-bedroom wooden house on the Bay of Fundy, which needed a lot of work. That was only $35,000. We didn’t get it, either. 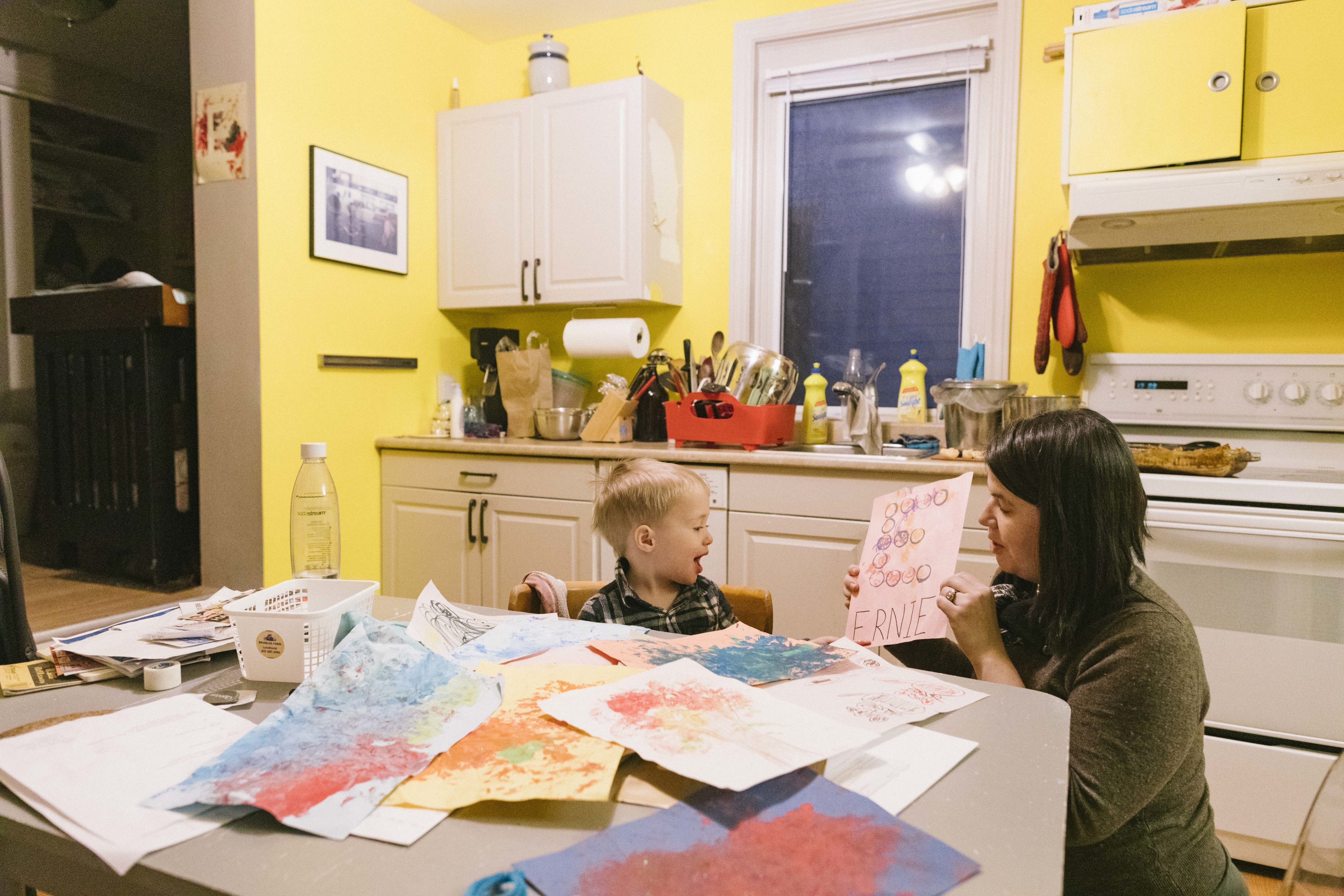 Then Dave’s mom sent him an ad she’d seen for a job as a marine engineer on the Wolfe Island Ferry in Kingston. Having been to Queen’s, Dave loved the idea. I didn’t know Kingston at all, but having a kid made the decision feel pressing. We wanted better livability, affordability, more outdoor space and to be near good schools for Ernie. I also didn’t want to carry a stroller up two flights of stairs anymore. Dave got the job on the Wolfe Island Ferry, which meant we were going to Kingston.

Initially, we planned on renting, because we wanted to take some time to get settled. But Kingston has a surprisingly low vacancy rate. Since we couldn’t find anything short-term, we figured it was time to buy. One day, in mid-2018, we connected with a Kingston-based realtor and looked at five or six houses in the city. One of the houses was an early 20th century cottage listed for $240,000. It had a kitchen, living room, bathroom, half-finished basement and two bedrooms. 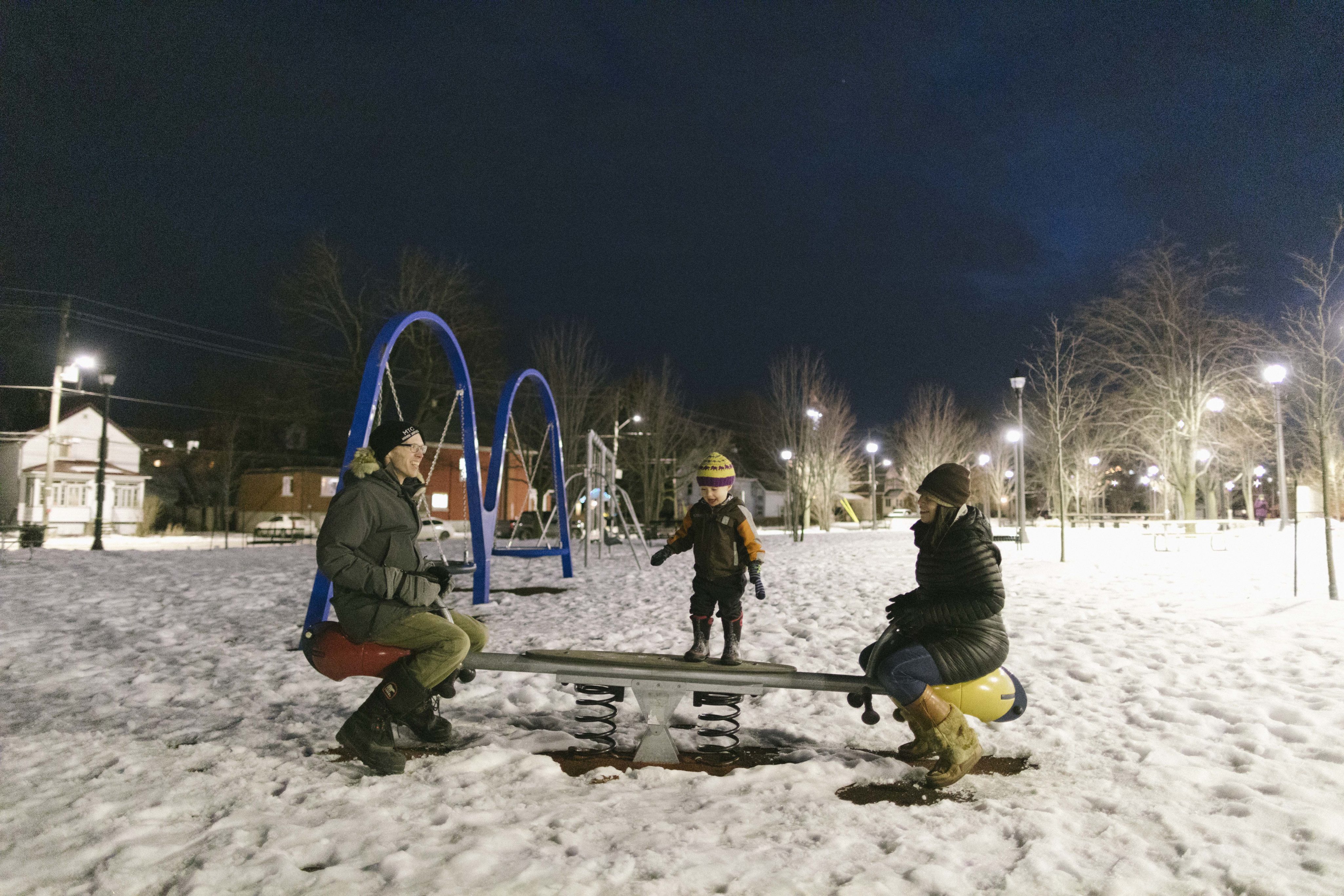 We didn’t fall in love with the house, but it had good bones and sat on a 40-foot-wide lot. We figured that if we changed our minds and wanted to move elsewhere, it would still be a good investment. So, we offered $226,000, which was every cent we could scrape together from our savings combined with Dave’s inheritance. We couldn’t get a mortgage, because I was on mat leave and Dave was only on contract with his company. Plus, we were enamoured with the prospect of owning a house outright. It was an estate sale and we had no conditions because we didn’t need finance, so the sellers were thrilled to be able to close quickly, and we took possession in three weeks.

The house needed some upgrades. The interior was a gloomy grey, so we livened it up with yellow and green paint. Dave has always wanted a yellow kitchen and I love really bright colours. We don’t have a bathtub, which I realized is really important, especially when you’re stuck trying to bathe a two-year-old in the sink. Redoing the kitchen and bathroom will cost around $35,000, but it’ll be IKEA cabinets, not anything fancy. We’re also thinking we might add a second storey at some point in the next five years. That should cost about $125,000. 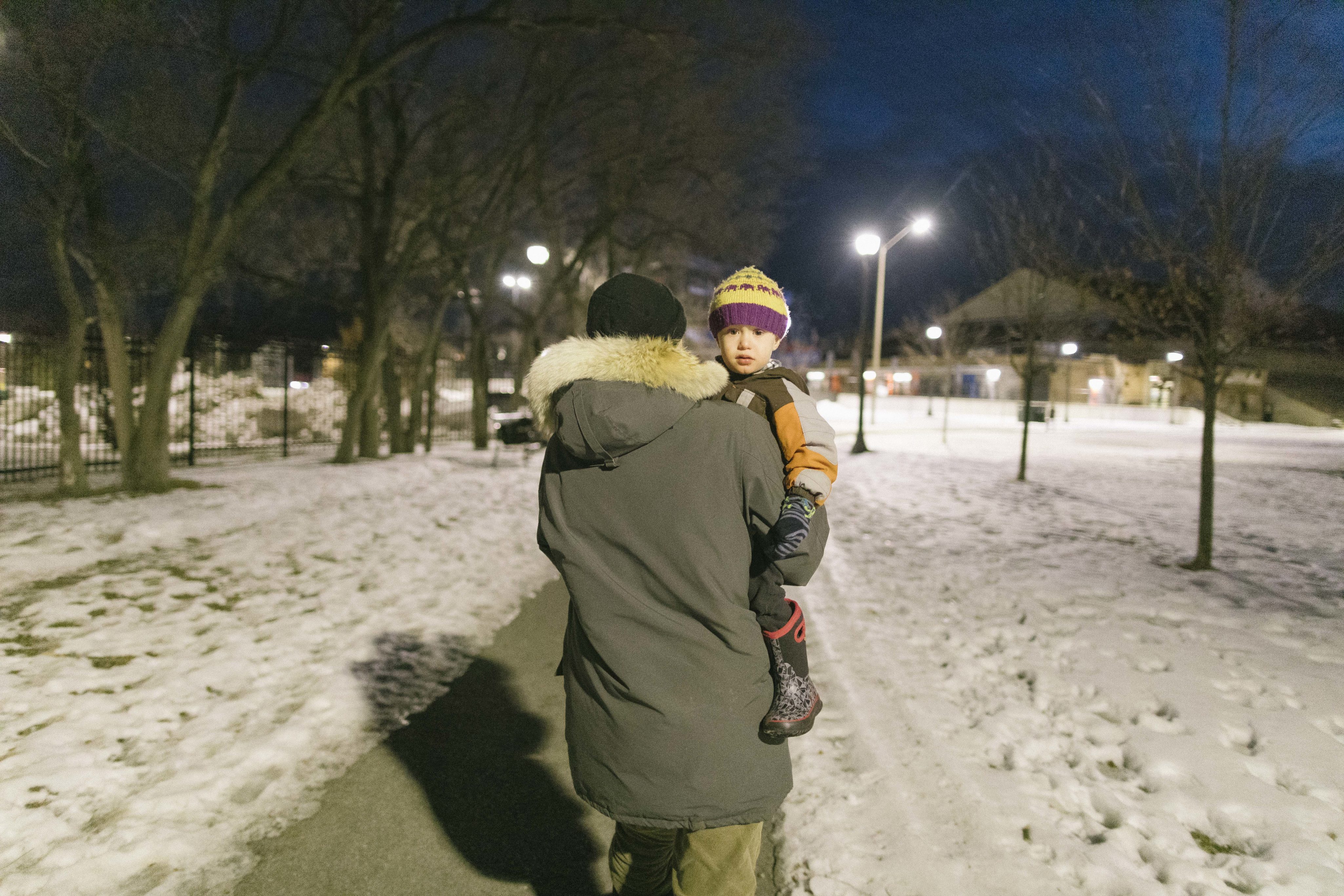 Once we officially moved, in May 2017, I found a job in the office of the local MPP, Ian Arthur. It takes 20 minutes for me to walk to work downtown. Our salaries are lower by around $10,000 each, but we have more disposable income and the time to enjoy it. In Toronto, the days were pretty sparse: go to work, go home, maybe go out for dinner. But here in Kingston I’m on the board of the public library. Never in a million years could I have done that in Toronto, since there are so many people vying for those positions and you’re often expected to make big donations. Comparatively, Kingston feels like the right size to make an impact.

It’s such an outdoorsy town. We’re a five-minute walk from the Memorial Centre Farmer’s Market, which I love, because the fruit and vegetables are always super local. We’ll go swimming in the lake at the Gord Downie Pier, right in front of Queen’s, which has the same sort of Harry Potter vibe as U of T. I go walking there all the time. Our backyard is great, too. There are three apple trees and Dave is putting in a wooden climber for Ernie. We built an outdoor pizza oven and have friends over all the time. In the summer, my parents park their RV, which we call the Happy Hour Express, in our driveway. And if we want to visit the city to see our friends, it’s only a two-and-a-half hour drive. Toronto isn’t going anywhere.