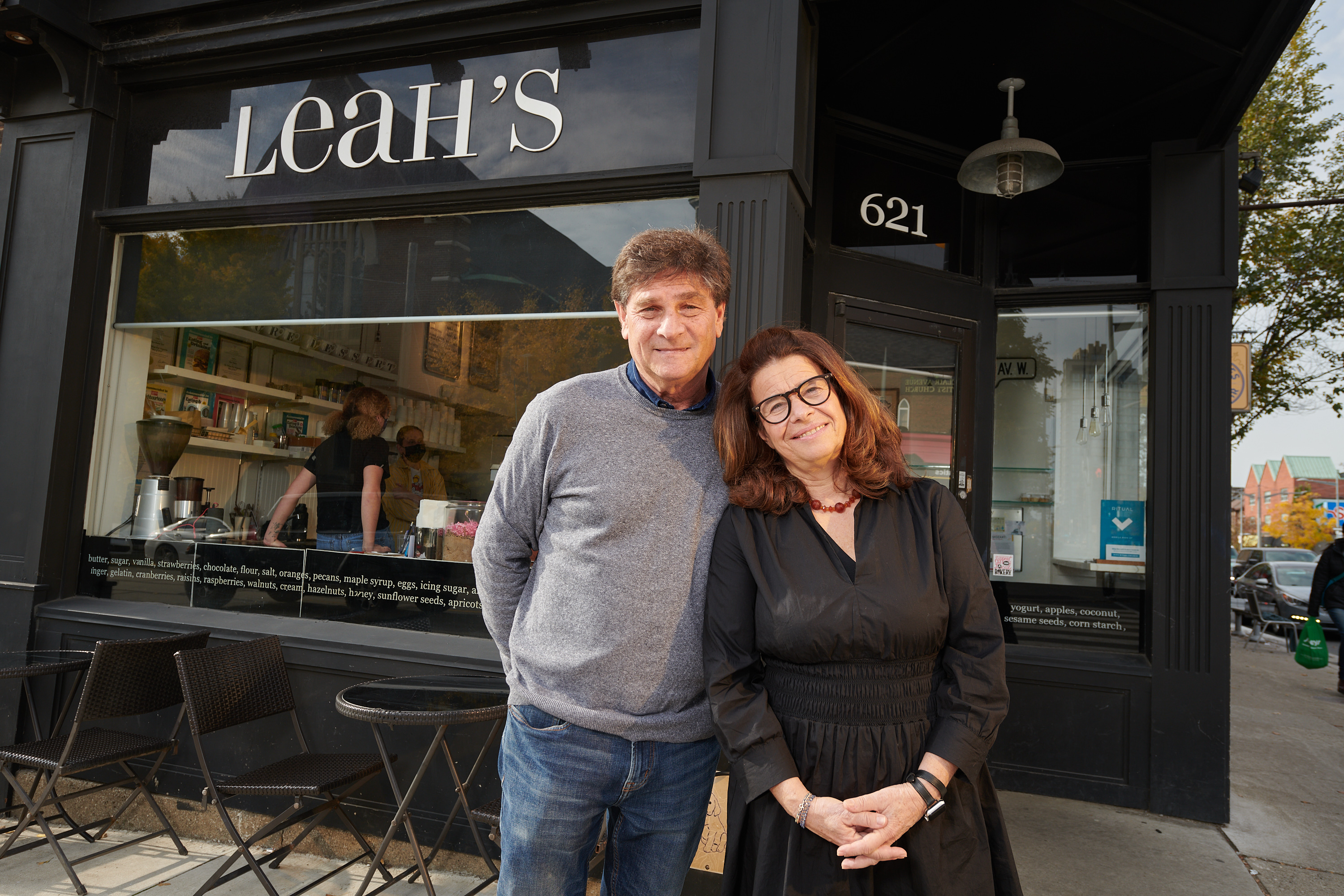 Like many Torontonians, I’ve got the real estate bug. Since 2008, I’ve run a bakery near St. Clair and Bathurst. But for as long as I can remember, whenever I had the free time, I’d scour MLS listings and read anything I could find about the Toronto market. Some of my favourite stories were the ones about dramatic reno transformations.

For the past 14 years, my husband and I have lived in a semi in the Annex, where we raised our two daughters, who’ve since moved out and married.

My husband, Michel, is a general contractor. He’s built and fixed up homes across the GTA for the last 30 years. He would often talk about his work, whether it was a Victorian in Parkdale or a rebuild in the Annex. And I’d tell him about an intriguing fixer-upper I came across in Wychwood or Bloor West Village.

In 2001, we decided to start doing our own projects around the city. Each one usually takes about a year, from taking possession of the property to closing. By 2020, we’d successfully completed eight projects. 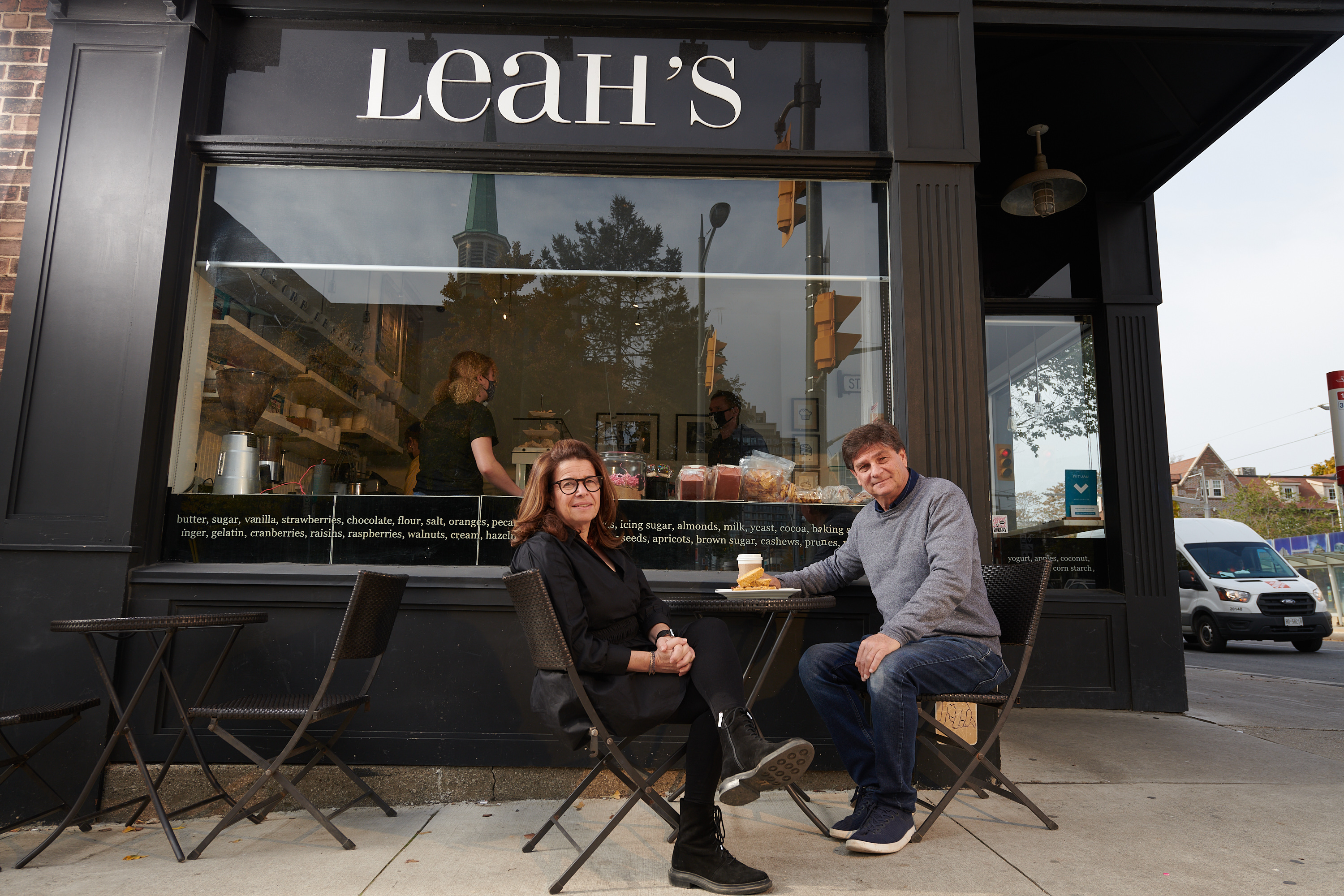 Over the years, we developed a formula. We’re always on the lookout for a home with lots of upside: a single-family dwelling, preferably detached, with at least three bedrooms, plus parking.

Michel and I split the tasks. He takes on the day-to-day construction work with his team, while my role is more front-heavy. I search for the property and arrange financing. Along the way, I also help with design decisions, like kitchen cabinetry, tile selection and lighting.

In the spring of 2020, I discovered a promising listing in the Junction. Built in the early 1900s, the two-and-a-half storey detached had a red-brick façade, with a covered porch that Michel was keen on opening up. Plus, the home had a two-car driveway and garage. Out back, there was a small deck and yard. 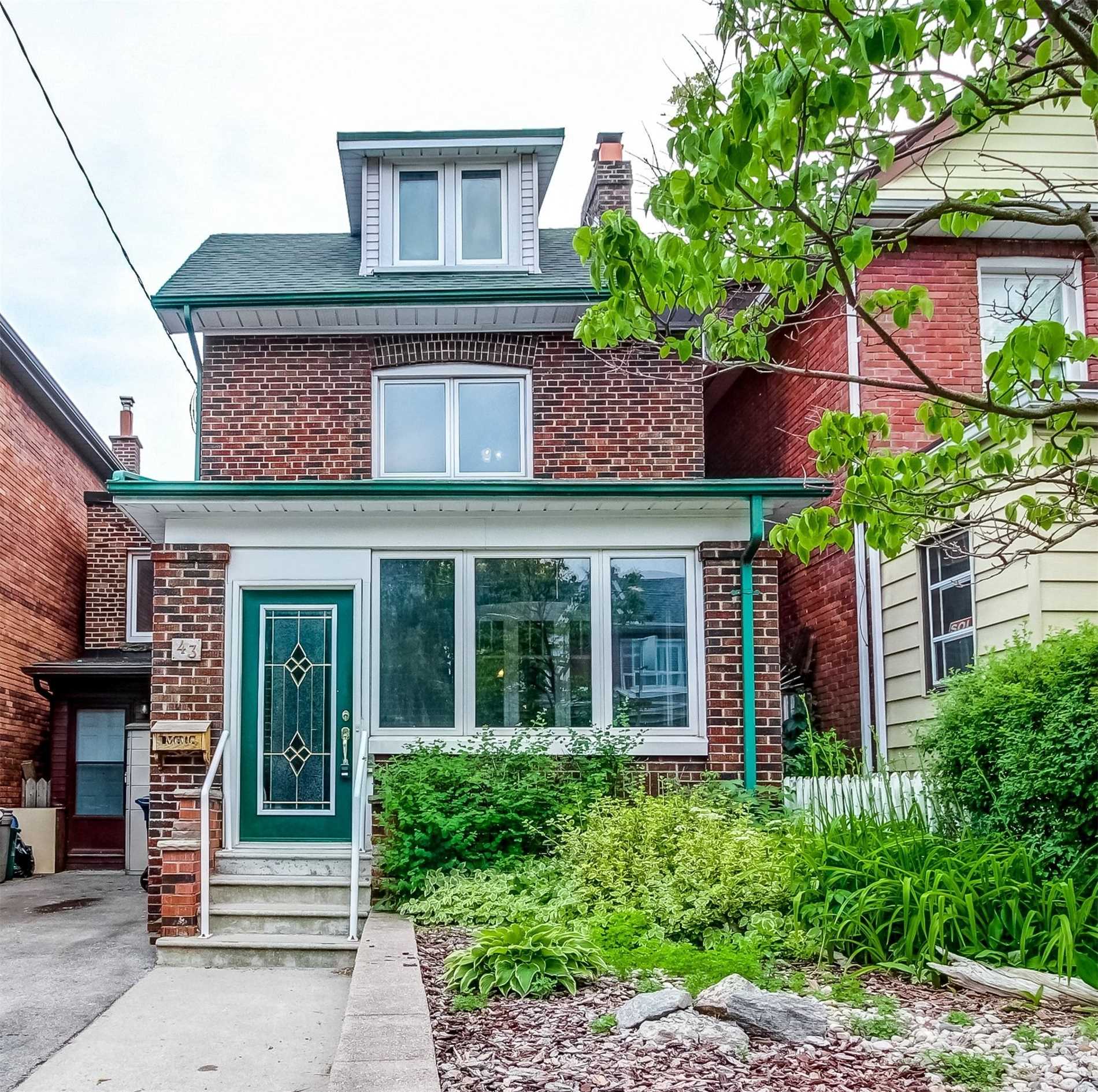 The four-bed, two-bath home had good bones, but the interior was poorly designed, with lots of narrow hallways and constricting partitions. The ceilings and hardwood floors needed replacing throughout, and the kitchen had outdated wallpaper, cabinetry and floor tiling. You also had to stoop to walk in the five-foot-tall unfinished basement. 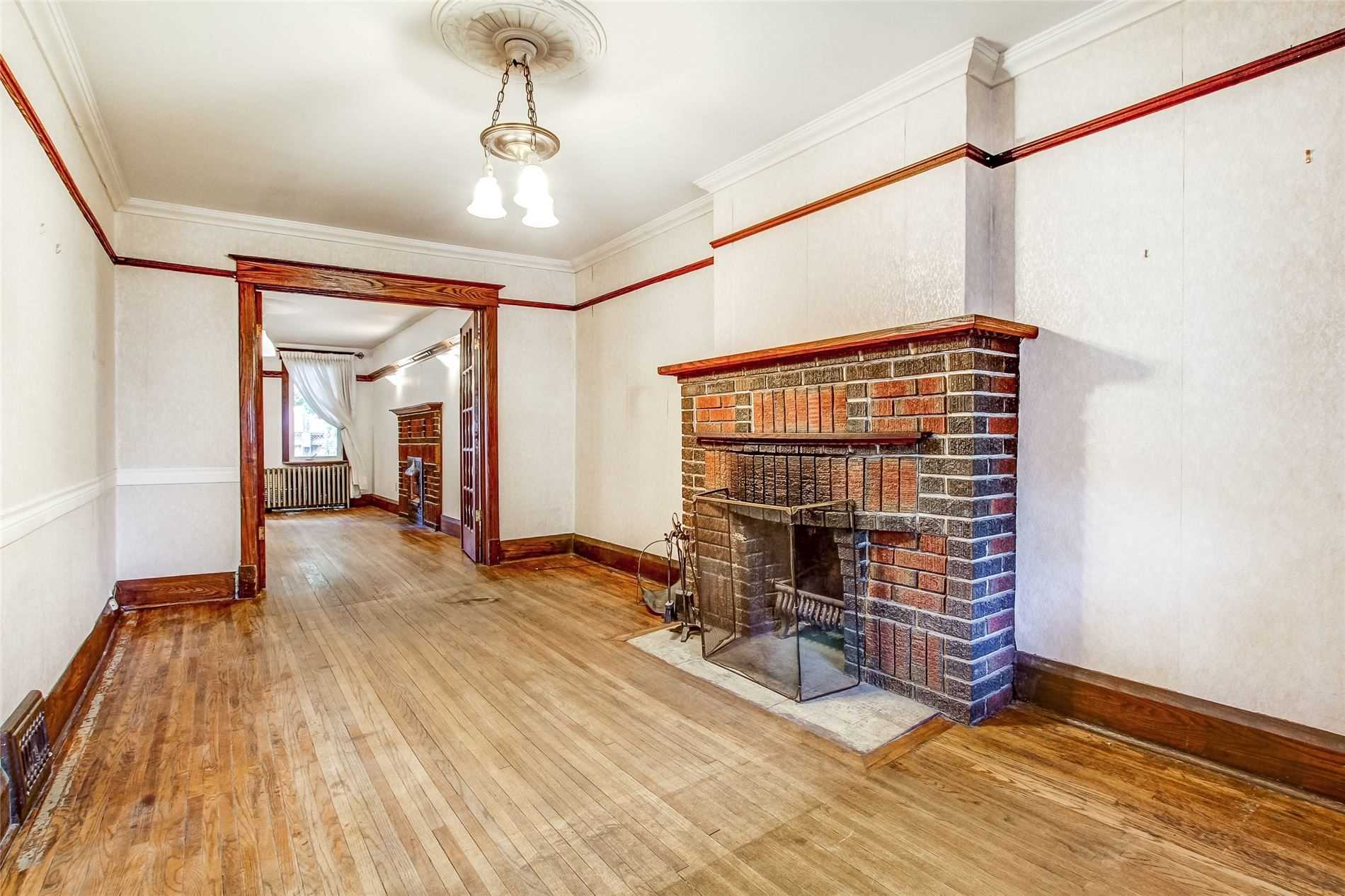 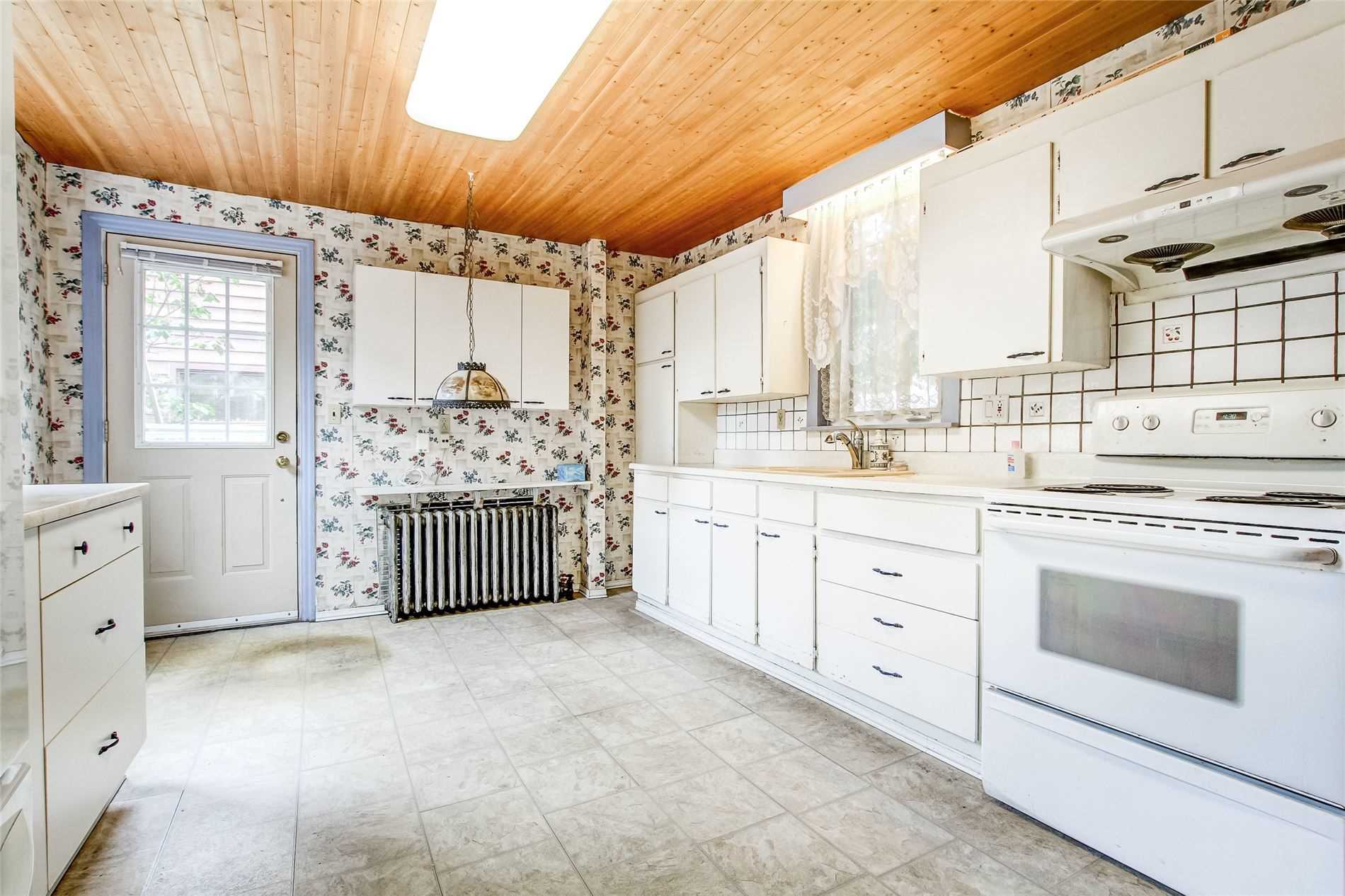 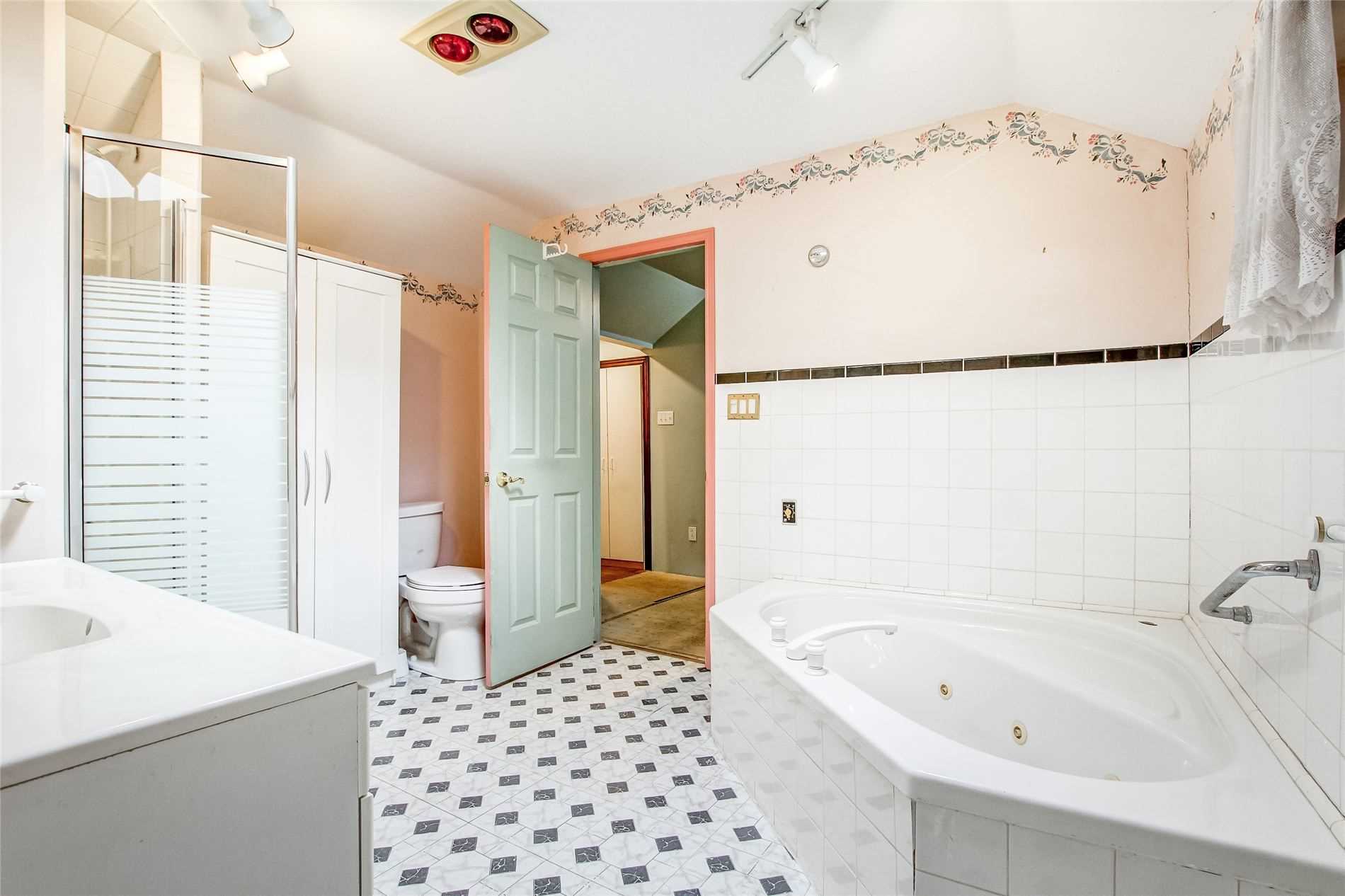 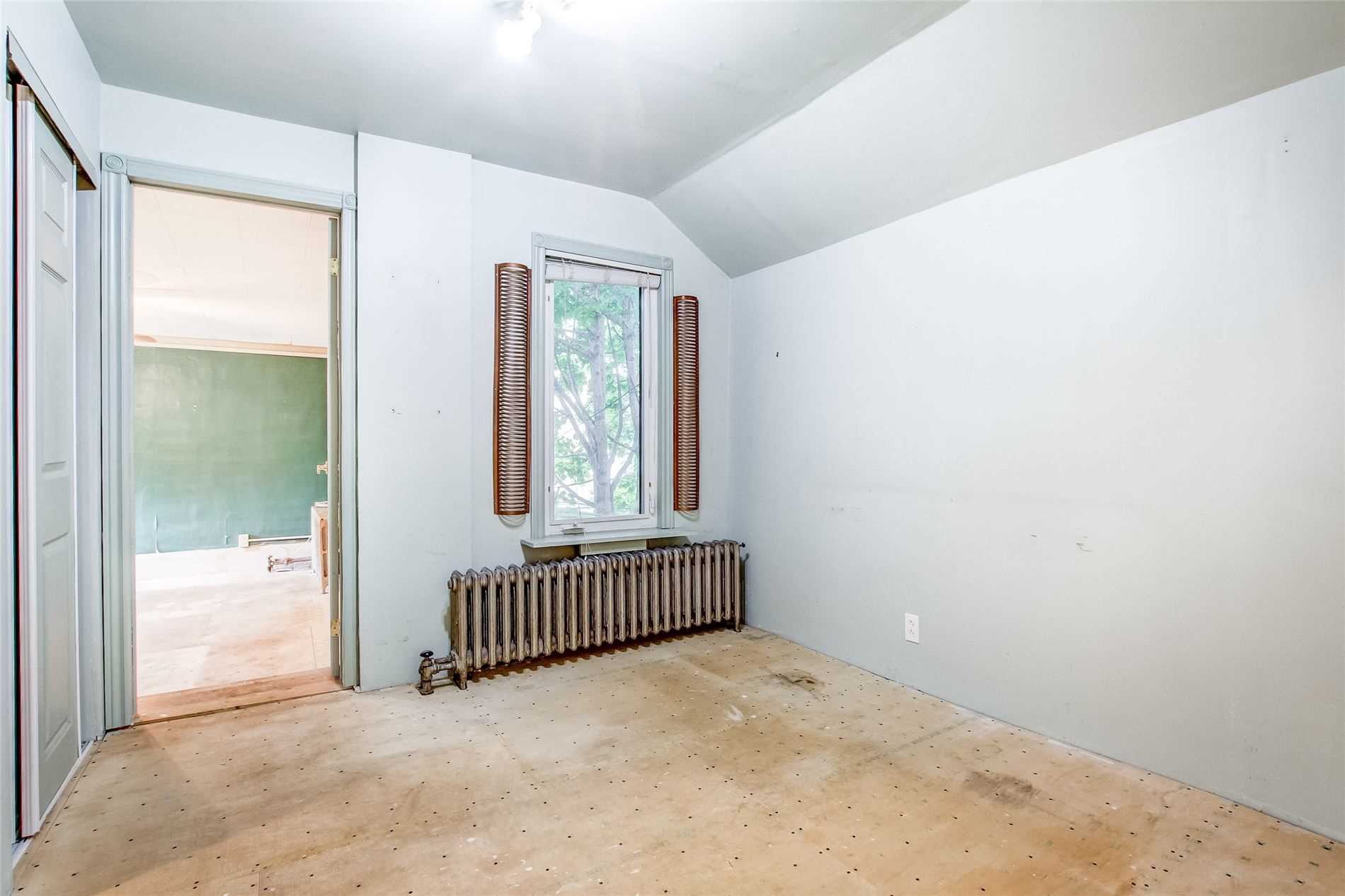 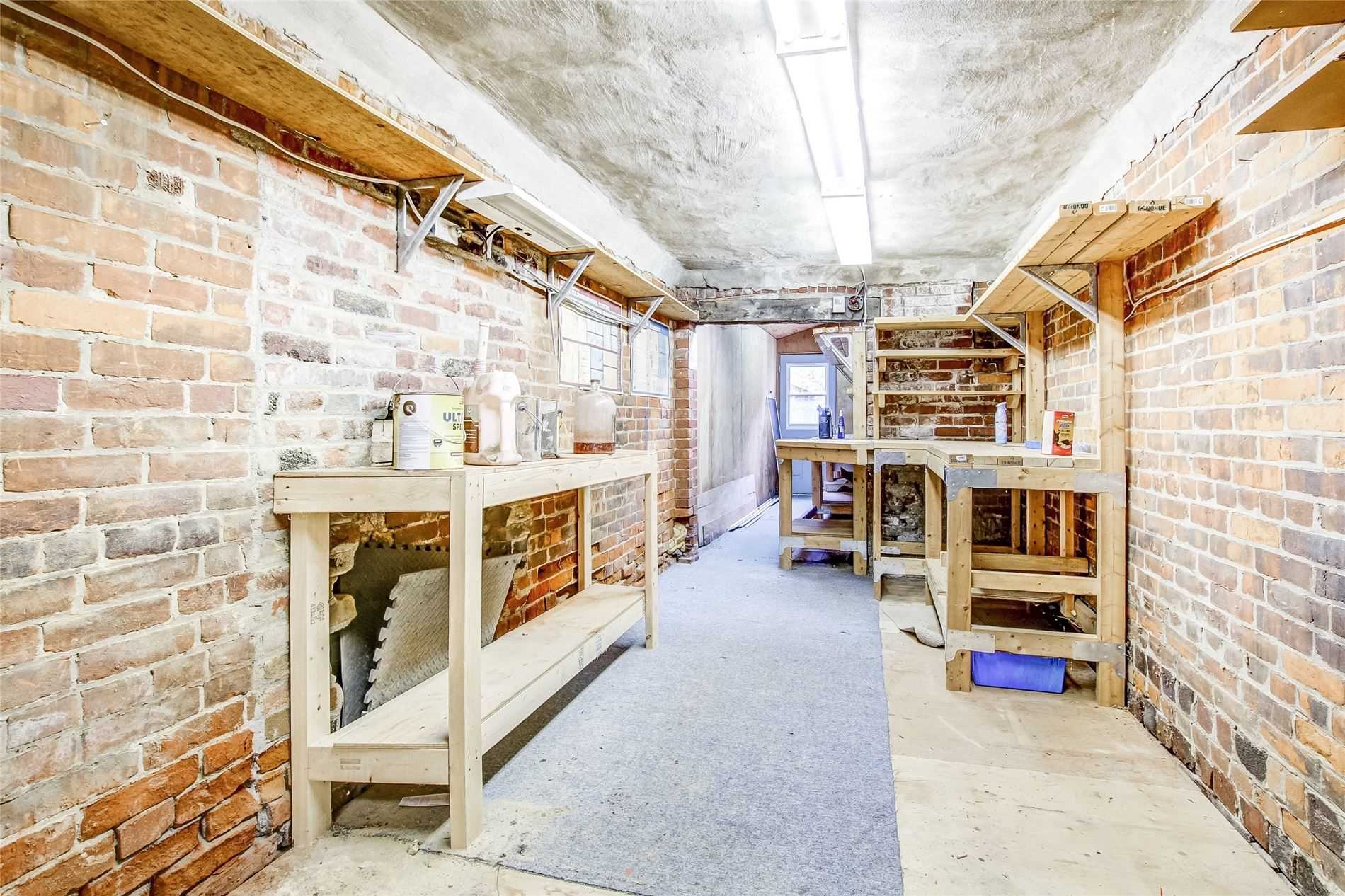 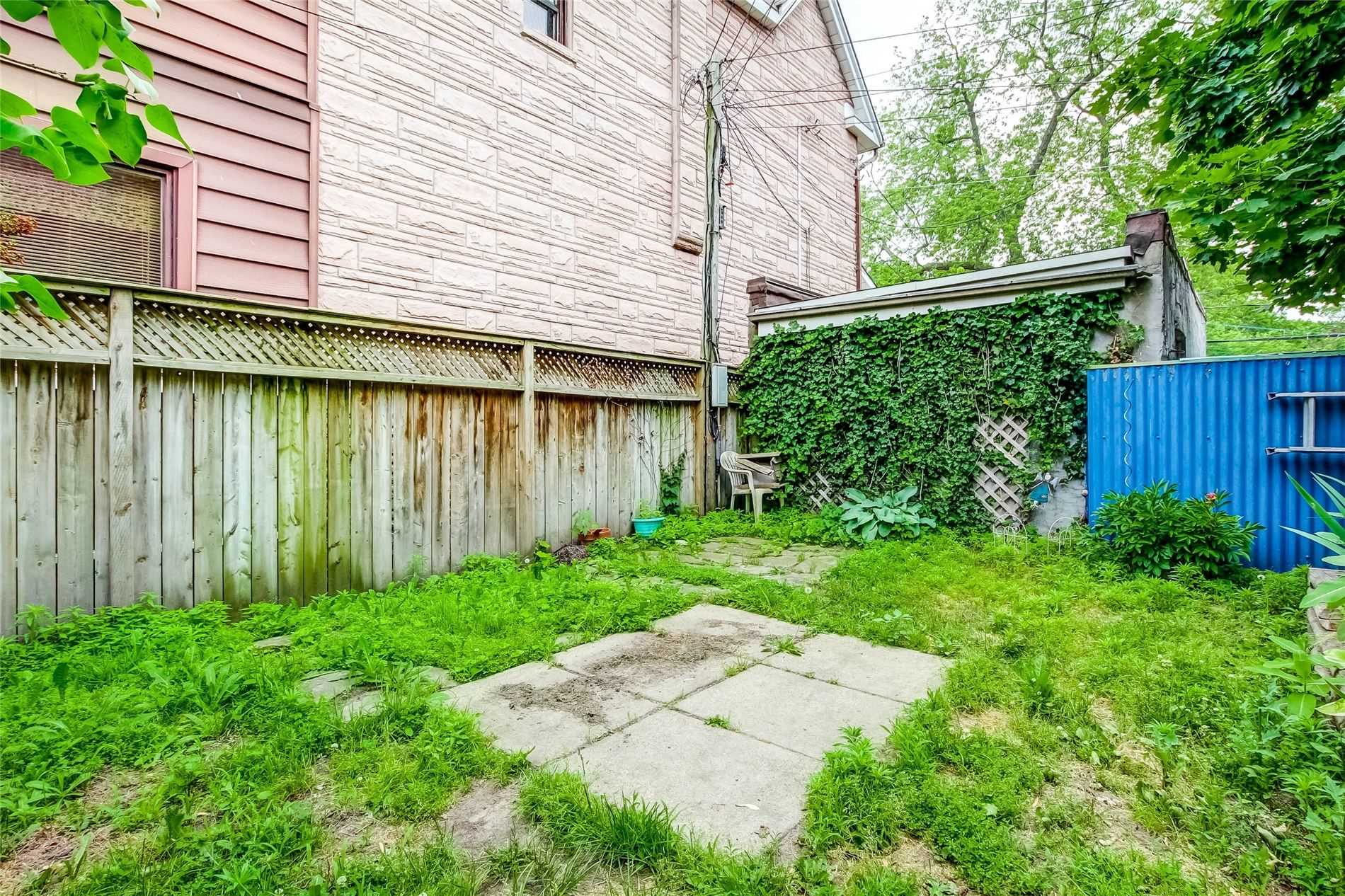 We decided to go for it. The place was listed for $1.15 million. If the renos were done right, we knew the place had the potential to sell for more than $2 million.

But we still felt the list price was too high for the project to be feasible, considering the fact that we estimated renovations would cost more than $500,000, based on experience. We made an offer under asking, but the sellers were clearly hoping for more and turned us down.

We decided to keep looking elsewhere, and the Junction home remained on the market for a month. We suspect the seller was struggling to find buyers willing to tackle such a massive renovation.

So in July of 2020, we tried again, upping our previous offer, coming in at $1,040,036 (the number 36 is good luck in Judaism). This time, the seller accepted. In October, we closed on the place and immediately began renovations.

Michel and his team gutted the interior and raised the roof in the back of the house by two and a half feet, bringing the ceilings up to nine feet. They replaced the deck in the backyard and removed the porch enclosure in the front.

Inside, they tore down partitioning on the main floor to create a streamlined and spacious open-concept floorplan. Four brand-new bathrooms were built. They insulated the entire home, installed modern plumbing, and changed the electrical and HVAC. In the kitchen, they installed hardwood floors, marble countertops and white oak cabinetry.

As is often the case, there were some unexpected challenges. We had to lower the basement to add three feet of height, before waterproofing. Then there were pandemic-related supply shortages, which made it difficult to source doors and appliances to finish the job.

All told, we spent approximately $750,000 on the project, including renovations, insurance, financing, land transfer tax, legal fees and commission. The project was completed in August. 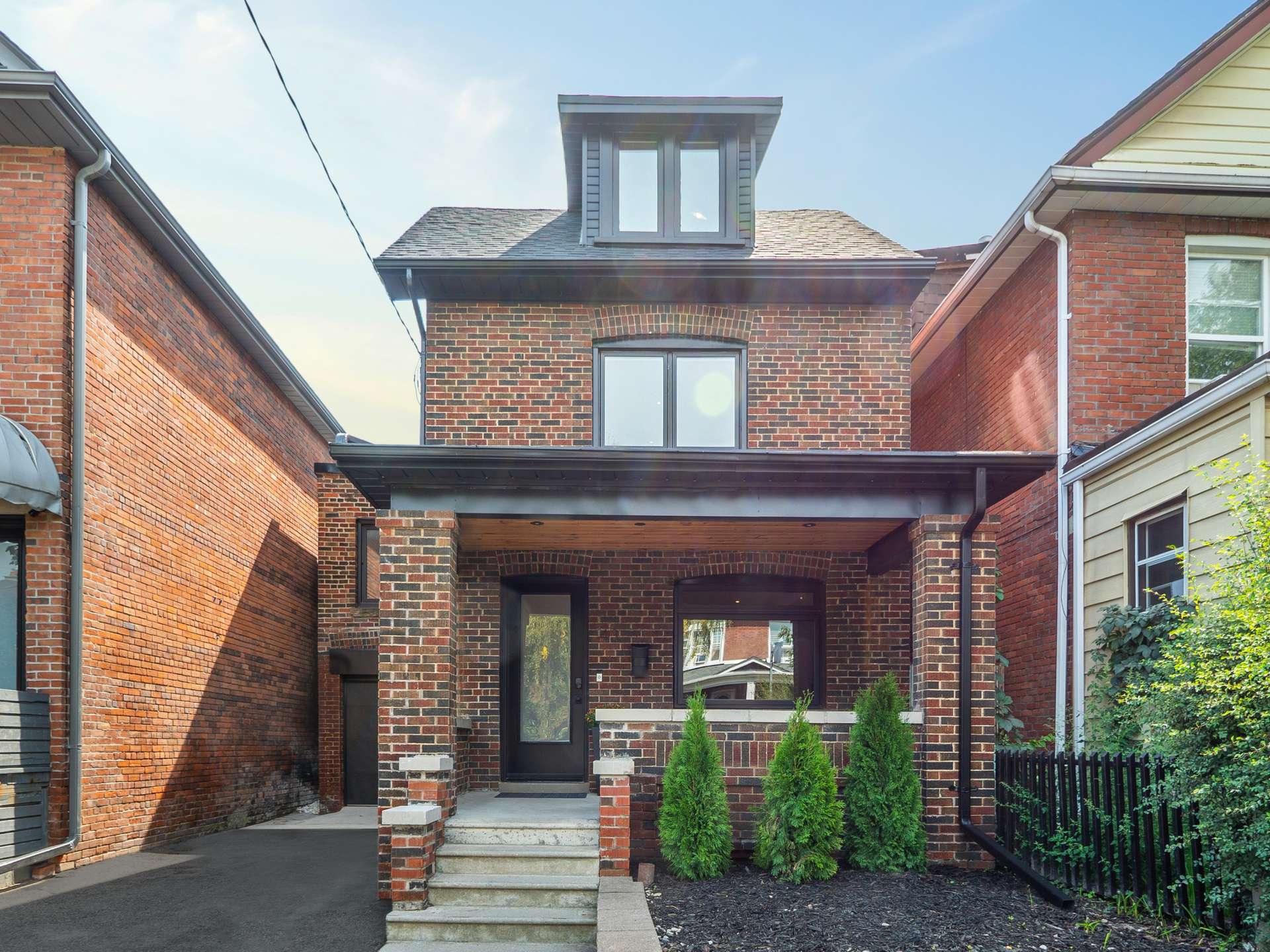 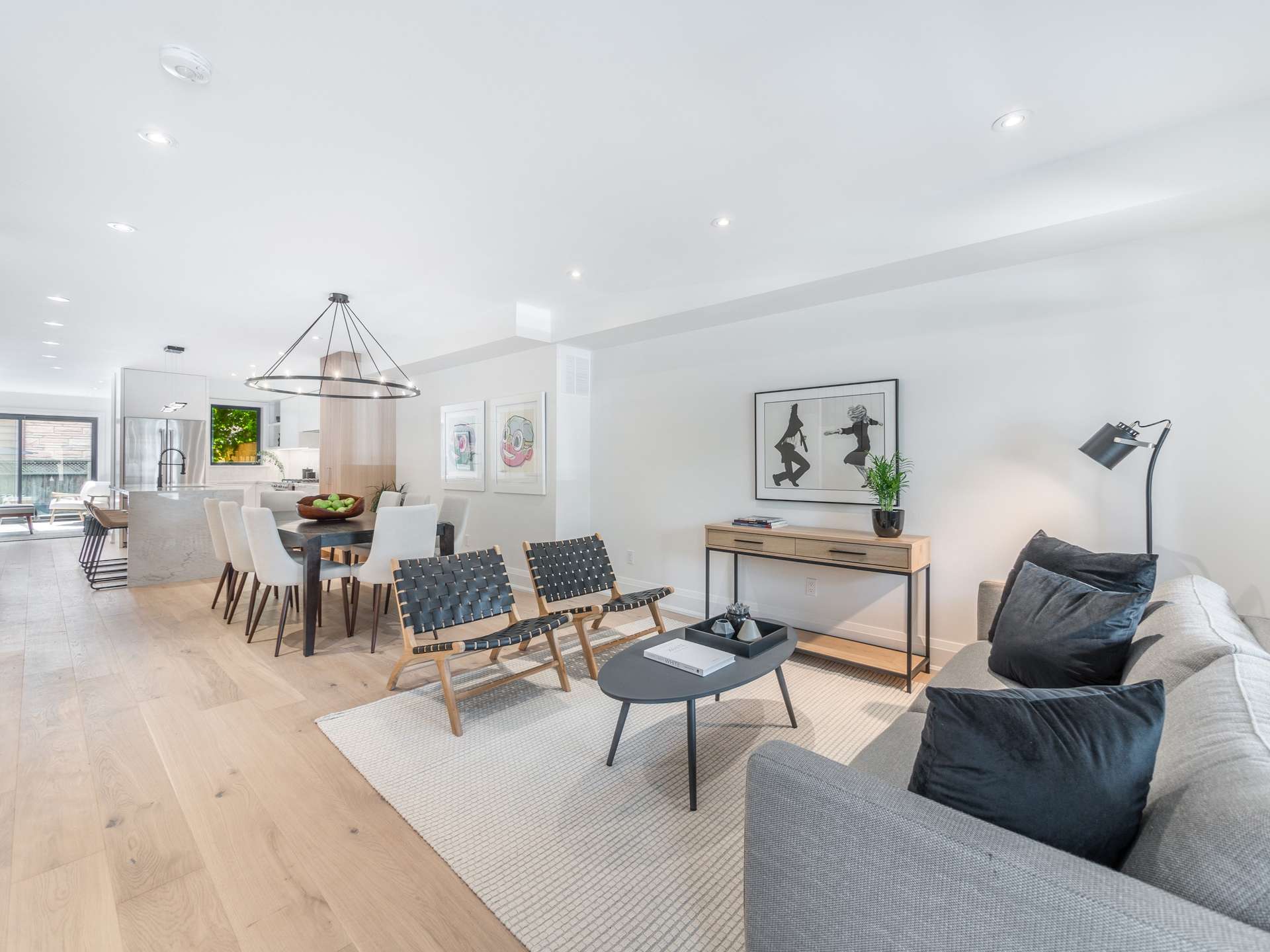 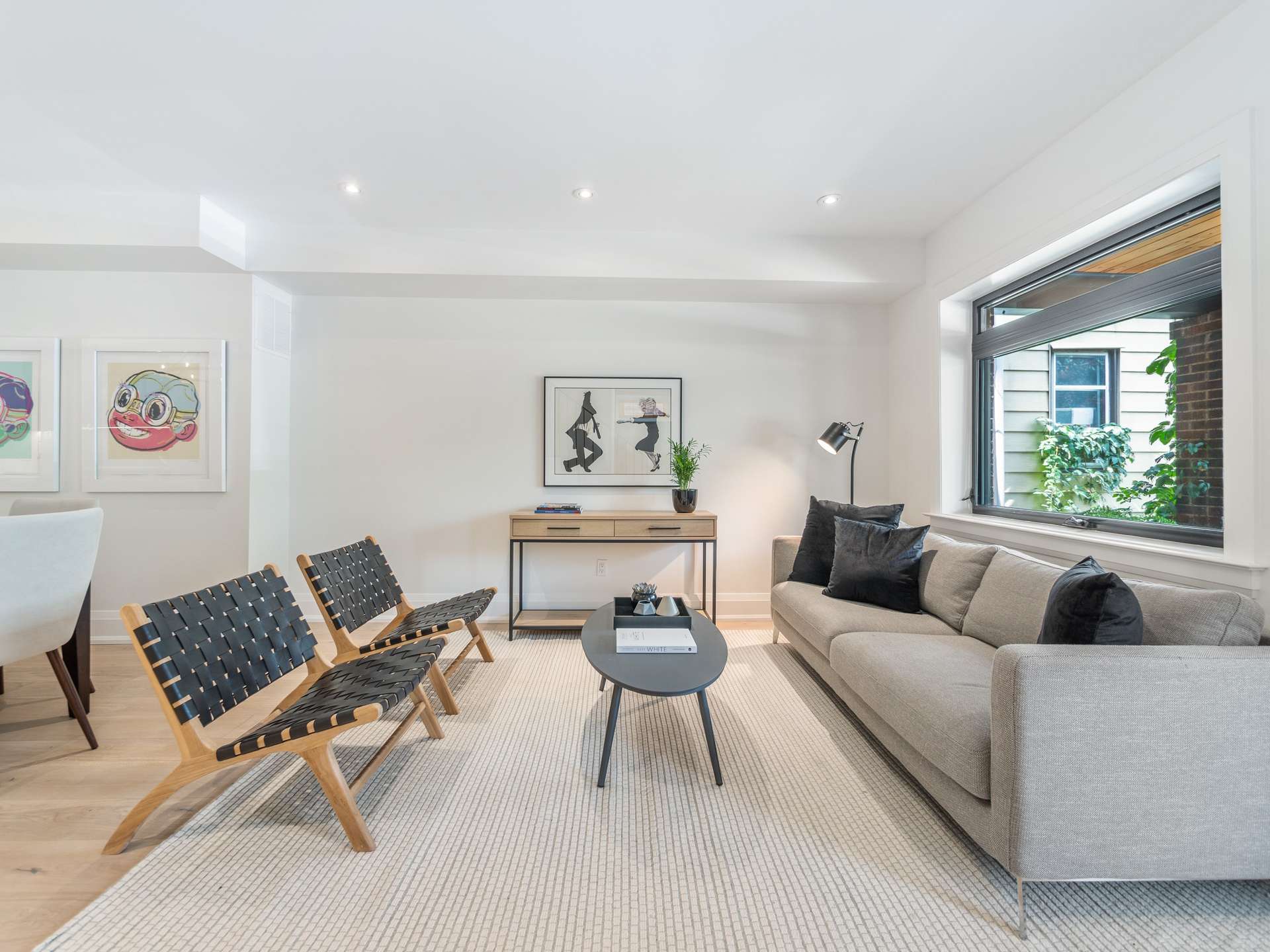 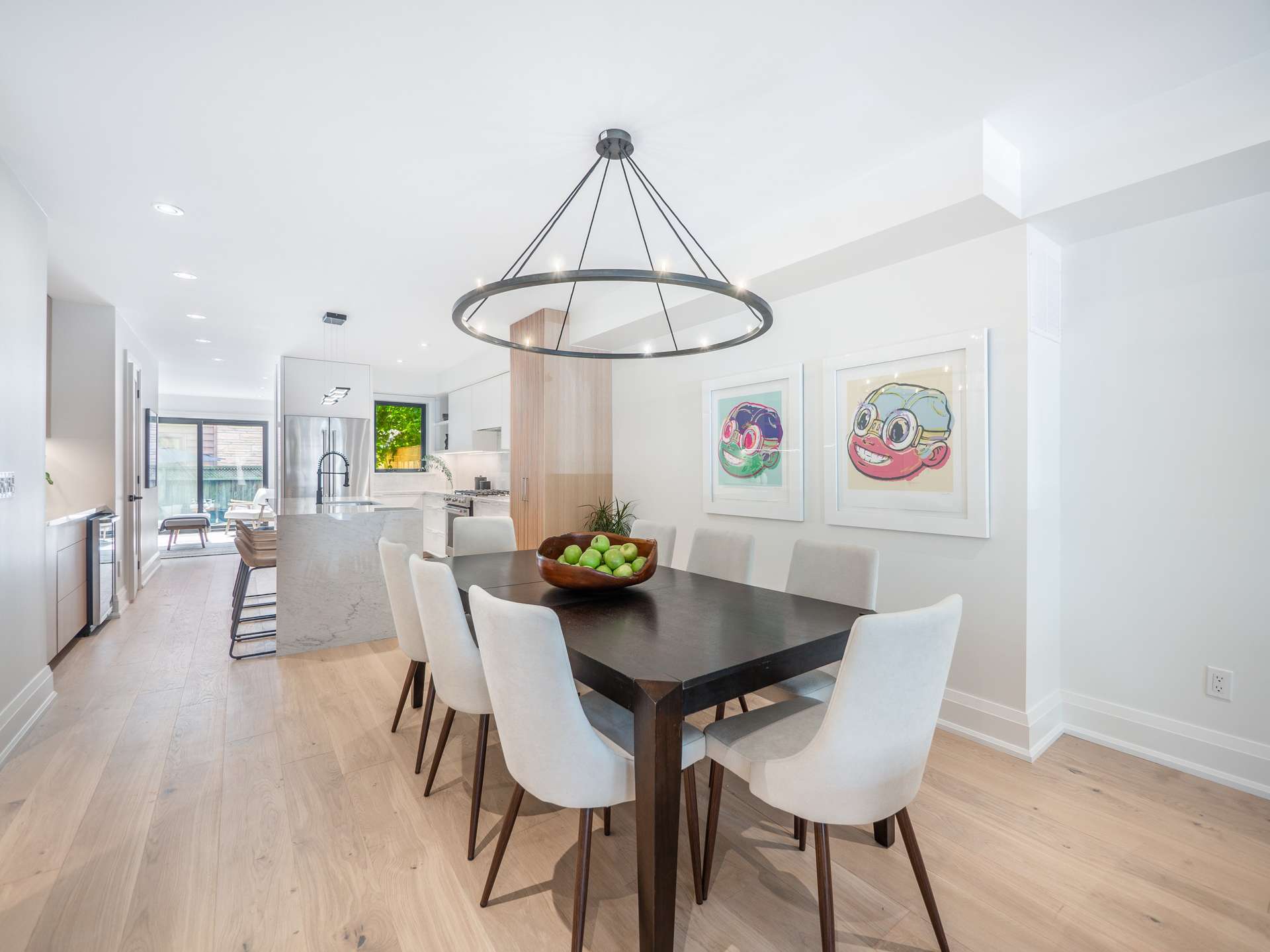 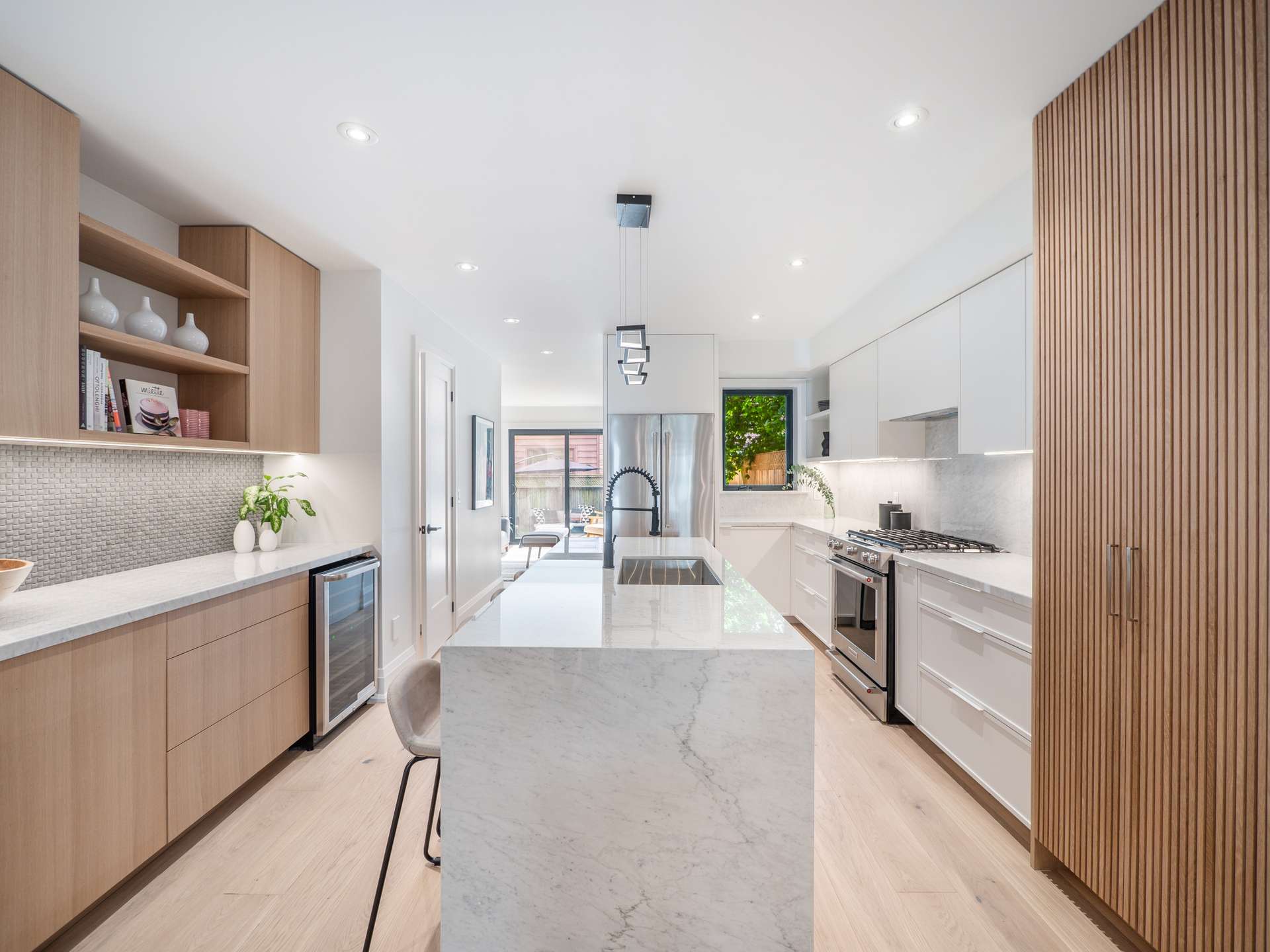 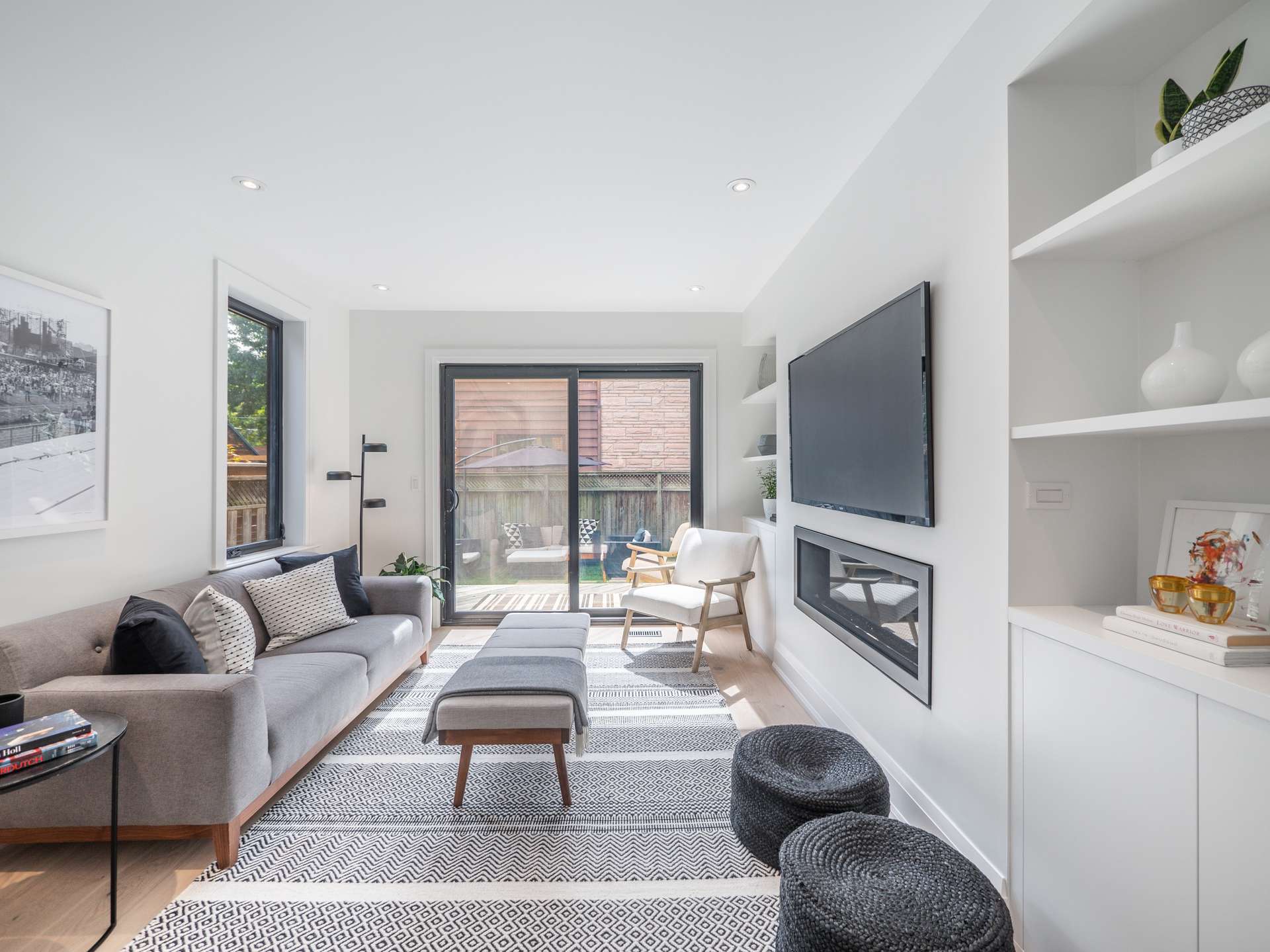 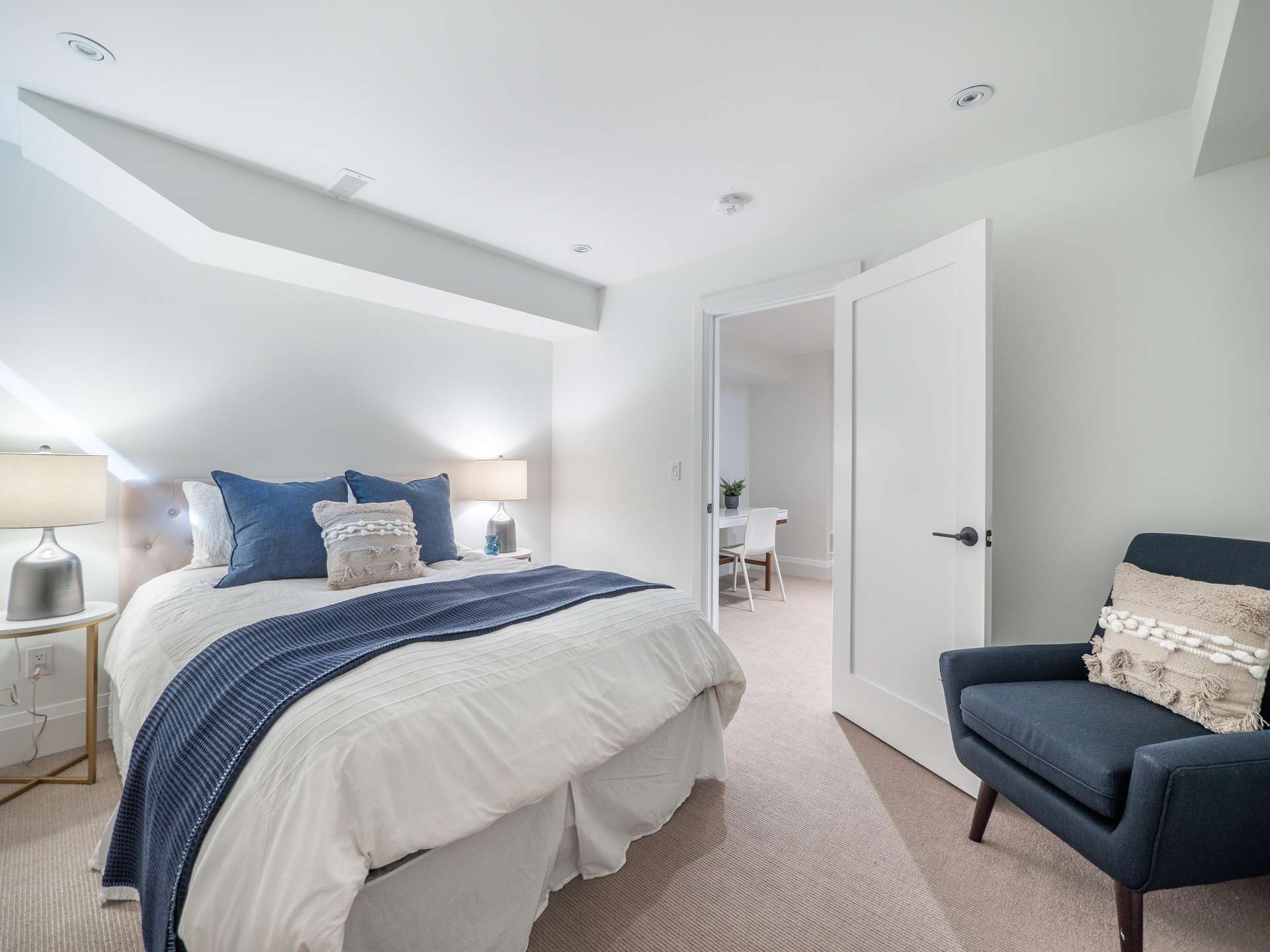 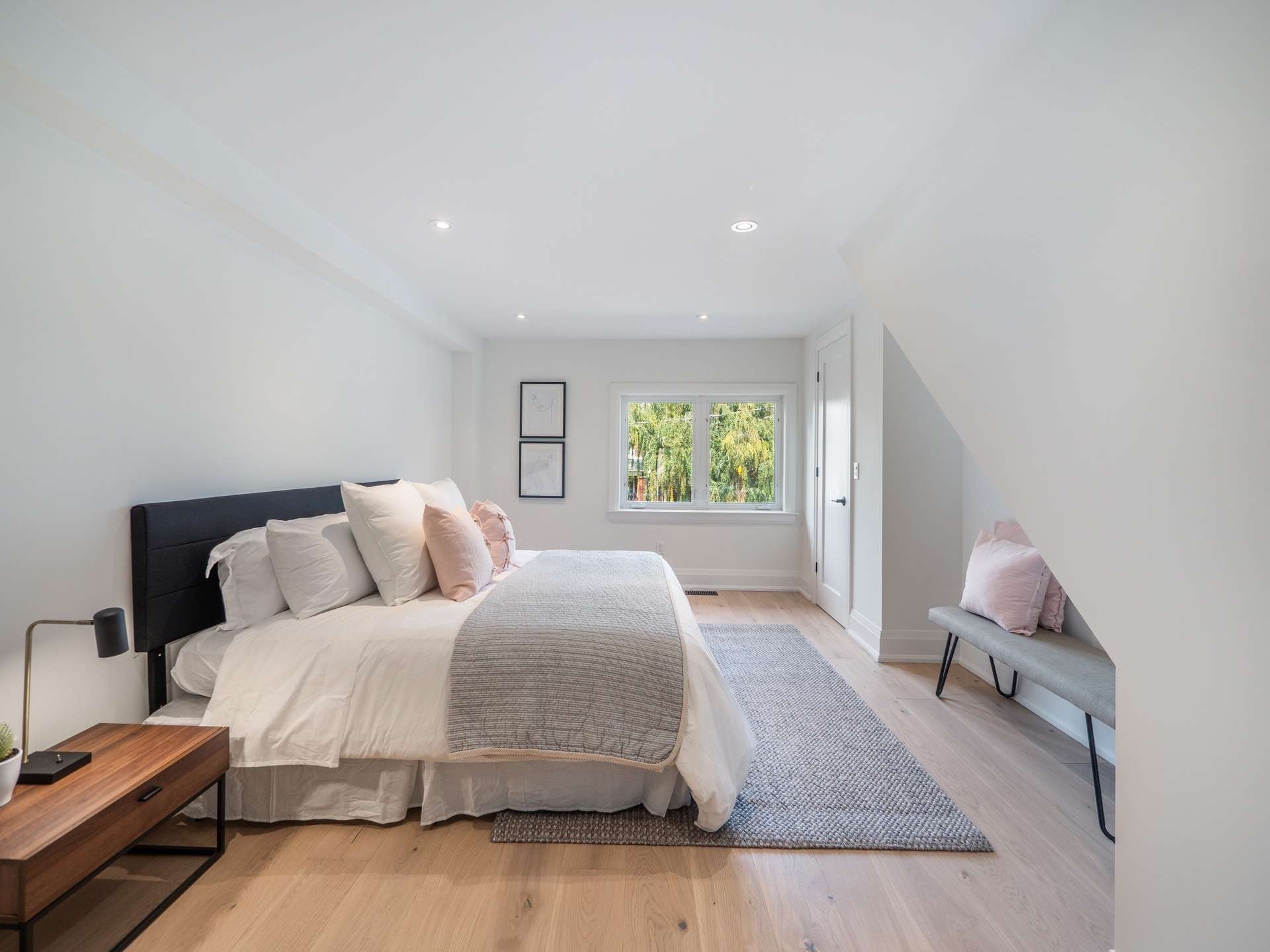 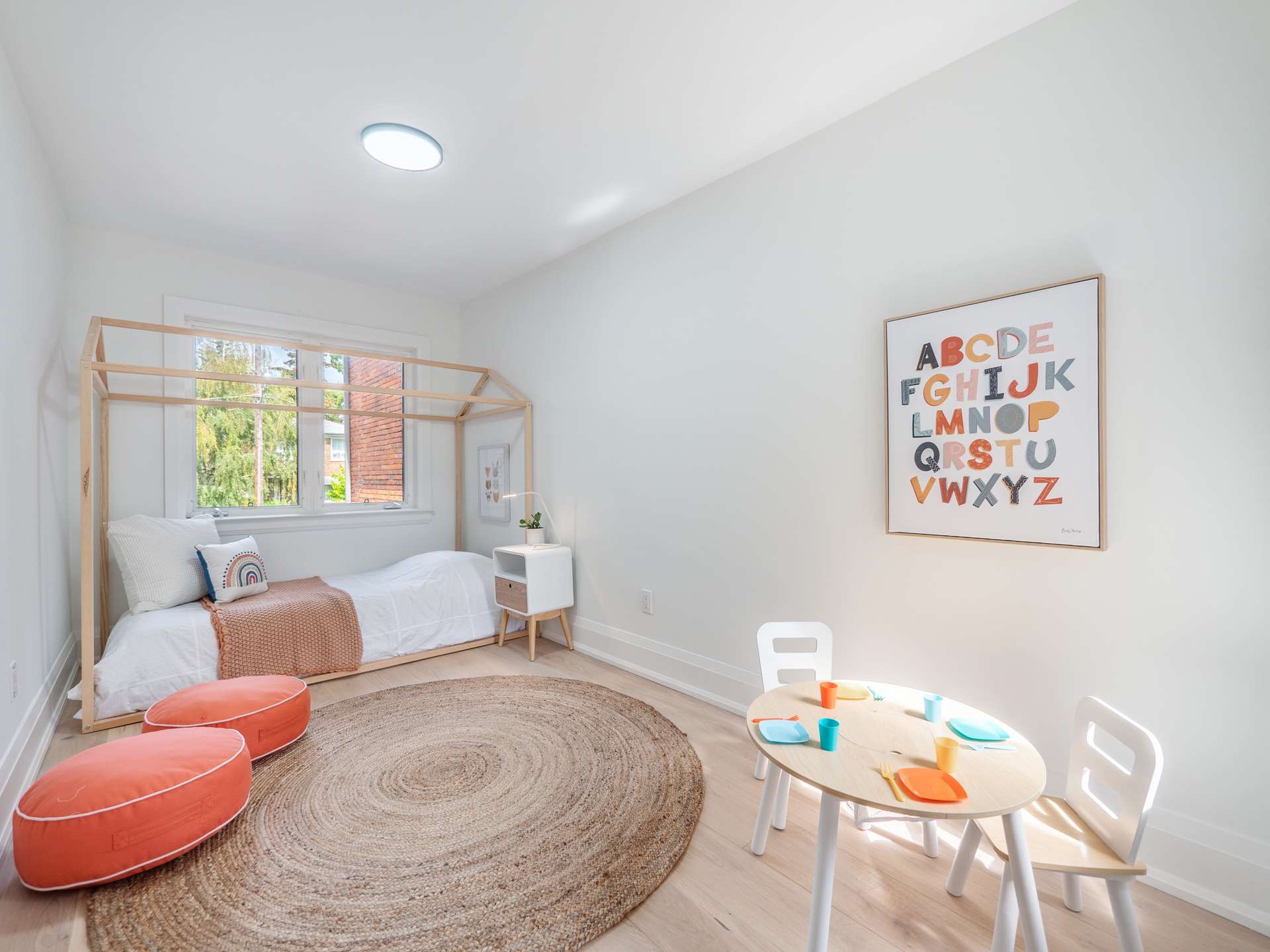 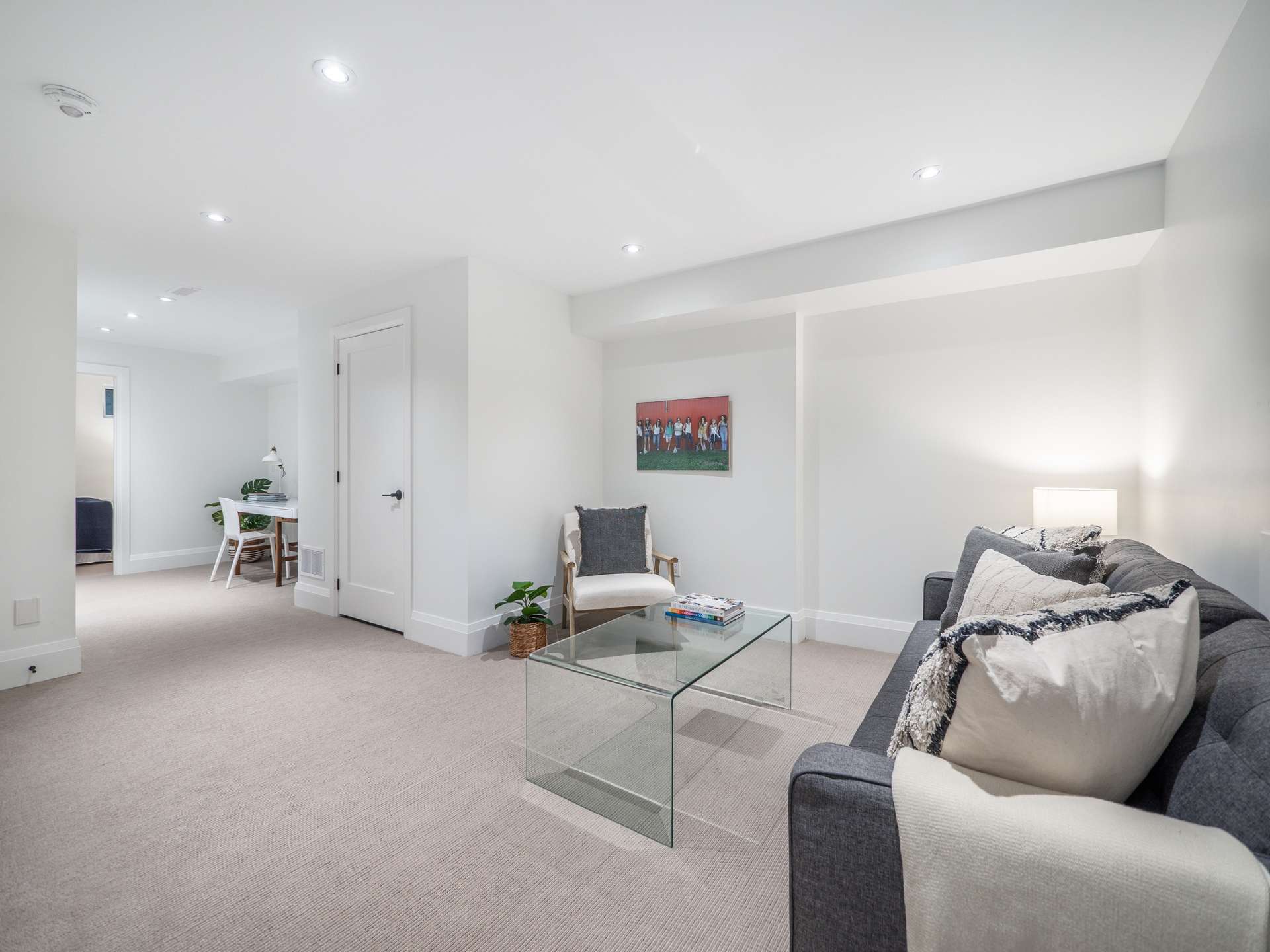 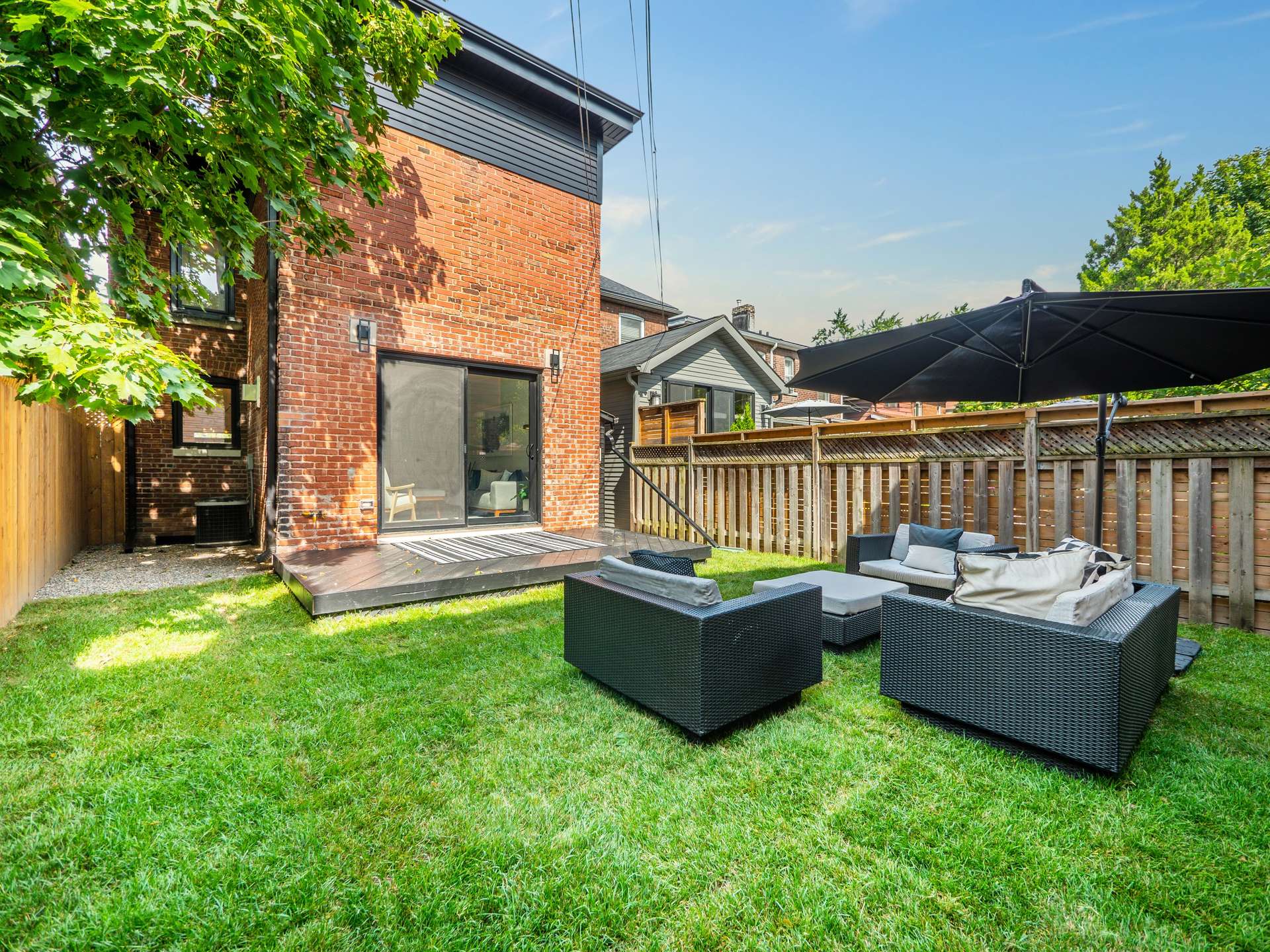 The next step was listing it. Our agent, Gillian Ritchie, informed us that sales in the neighbourhood tend to slump in midsummer before picking up again in late August. We knew that kids were going back to school for the first time in a while, and parents would be preoccupied with settling them in, not house hunting. So we decided to wait a couple of weeks and list on September 20.

We were hoping to sell for more than $2 million, but we listed for $1,879,000, hoping the attractive list price would generate a lot of activity. There weren’t many recent comparable sales in the Junction for renovated four bedrooms.

We were confident the home showed really well, especially after our agent spent a week staging it with modern furniture, art and accessories. In the end, we had more than 80 walkthroughs. Then, shortly before the September 27 offer date, we received a bully offer. The protocol is that our agent had to call everyone who’d seen the house and inform them about the pre-emptive offer, essentially moving up the offer date. Consequently, we got four new offers.

On September 25, we sold to the highest bidder for $2.3 million—more than $420,000 above asking. Obviously, we were thrilled with the outcome, but, more importantly, I was so proud that the buyers and everyone who viewed it appreciated Michel’s diligence and attention to detail.

Both of my daughters are real estate junkies, so they’re constantly sending us new listings. Though we closed the Junction sale recently, we’re already on the lookout for our next project.