Why every condo-dwelling Torontonian needs to download this app

Why every condo-dwelling Torontonian needs to download this app

In downtown Toronto, it’s common to never even meet your neighbours (aside from a passing grimace in the condo lobby or the occasional noise complaint), and incredibly rare to foster the kind of relationship where you can pop over to borrow an egg or enlist someone’s handy light-bulb-changing skills. Adam Helps, a Toronto app that launched at the end of 2017, is trying to change that.

Founder Adam McLeod first noticed a certain apathy about connecting with neighbours when he moved to the city a few years ago. “I’ve always been passionate about helping people, and I’m from a small town where the sentiment of goodwill among neighbours was commonplace,” he says. “Since moving to Toronto, I find people are just as kind and well intentioned, but there’s a bit of an isolation that comes from living in our glass towers.”

His app is a bit of a hybrid: on the one hand, it connects residents to neighbours they might not otherwise have the chance to meet; on the other, it allows tasks to be conveniently completed and lets skilled helpers make some extra cash. It’s seen skyrocketing success since its launch, with a solid network of jobs and helpers always available. Here are a few more reasons why the app should be your first thought when you need someone to watch your cat for a weekend or help you set up that IKEA bed frame. 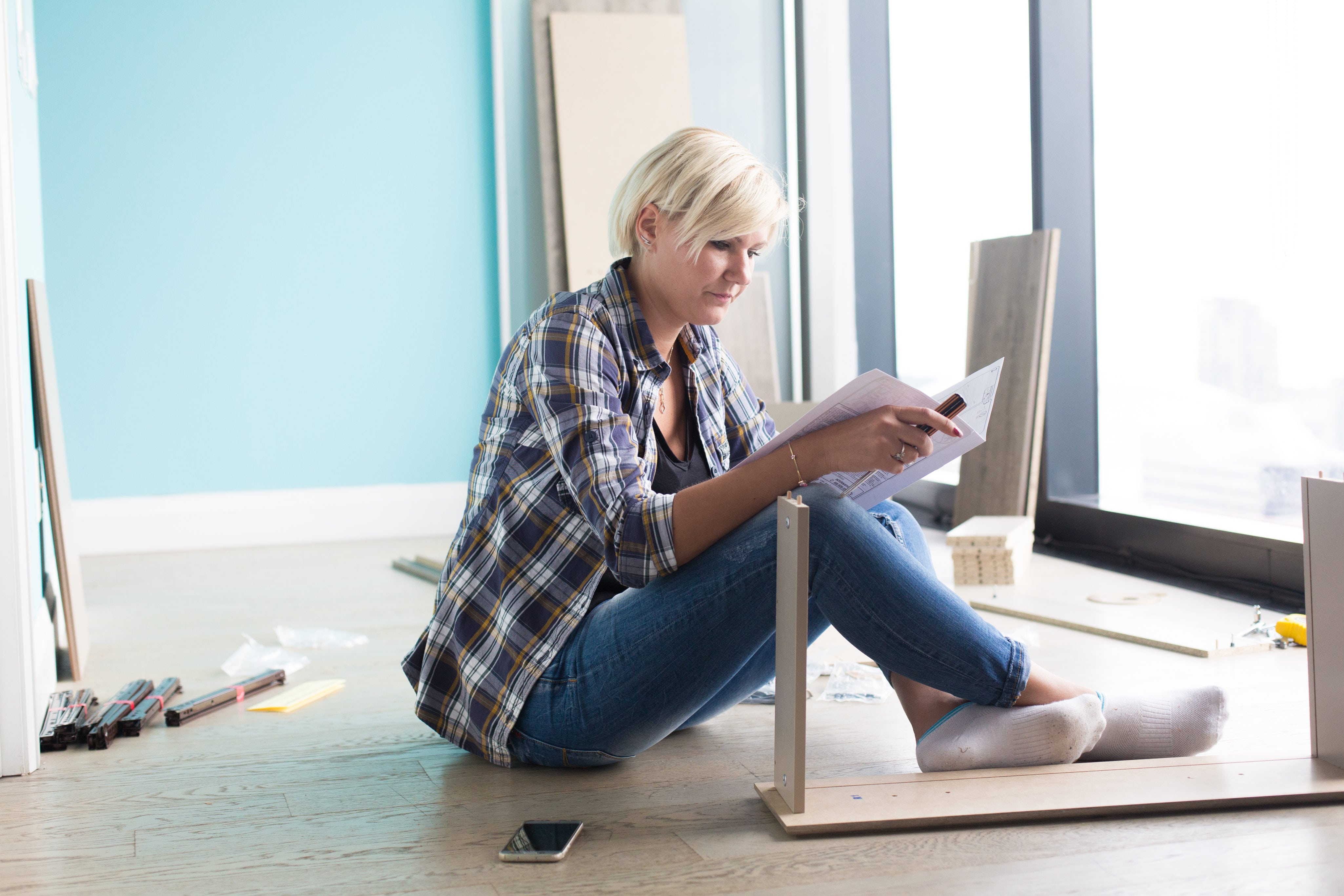 1. It facilitates super-easy caregiving—for the elderly, kids and pets (and even your beloved indoor plants). Last-minute babysitting is no problem with Adam Helps, as there are guaranteed to be skilled local babysitters ready to help out in a pinch. Users can search profiles until they find someone nearby they’re comfortable with, and chat via the in-app messaging system to sort out the details. The app also makes it easy to help out the elder community. Helpers can be there to assist older neighbours who may struggle with chores like putting groceries away or cleaning the house—or who just want a bridge partner for the afternoon. Overall, the app has sparked all kinds of heartwarming stories about neighbours helping neighbours, like a man with autism who hired someone to help him get ready in the mornings.

2. There are no limits to the tasks you can complete. You can post basically anything on the app, not just babysitting or household chores. Need a personal assistant for the week? Adam can help. What about a substitute player for your volleyball game? Done and done. Are you hungover and need a coffee delivered to your bed? Someone will probably do it.

3. It’s cheaper (and definitely quicker) than bringing in a professional. When it comes to relatively quick chores, proximity makes things uber-efficient. Let’s face it, when you’re forced to call in a plumber or an electrician, you’re often paying for their transport to drive in from the suburbs. One of the benefits of enlisting your neighbours is that they can be there in an instant. Rates are totally negotiable, the app doesn’t take a commission, and payments can be arranged via cash, e-transfer or cheque. 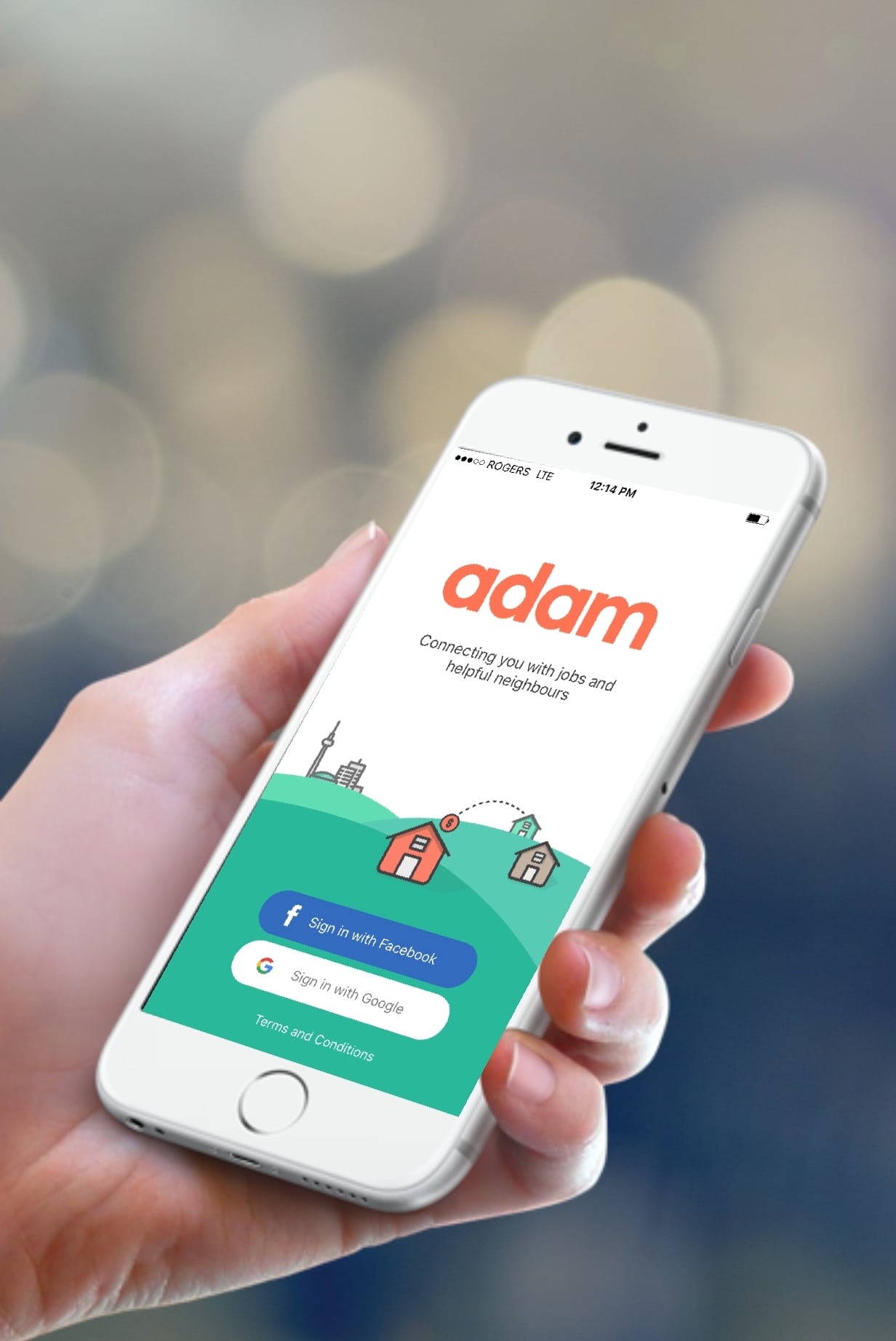 4. It supports local charities. Given its community-focused platform, a main tenet of Adam Helps’ philosophy is to give back to charities that are also helping out their neighbours. After a user has a task completed, they get to choose from a list of grassroots organizations, which will then receive a $10 donation in their name.

5. It makes living alone more enjoyable. More and more millennials are living on their own—something that’s great for privacy, but not so great for mounting that new television or packing up to move. Instead of feeling bad about bribing your friends all the time, you can request the services of Adam Helps totally guilt-free—and potentially even make a new pal in the process.

6. It can be a lifesaver for anyone looking to make some extra cash. Not only does the app help out users who could use an extra hand with mundane tasks, but it also provides flexible earning potential for those who might need it. And helping a neighbour with their garden or cleaning their house can be way more enjoyable than trekking to that second bar job in the evenings. All in all, the app is revolutionizing the way we think about our communities, and bringing a bit of small-town goodwill to condo towers everywhere.