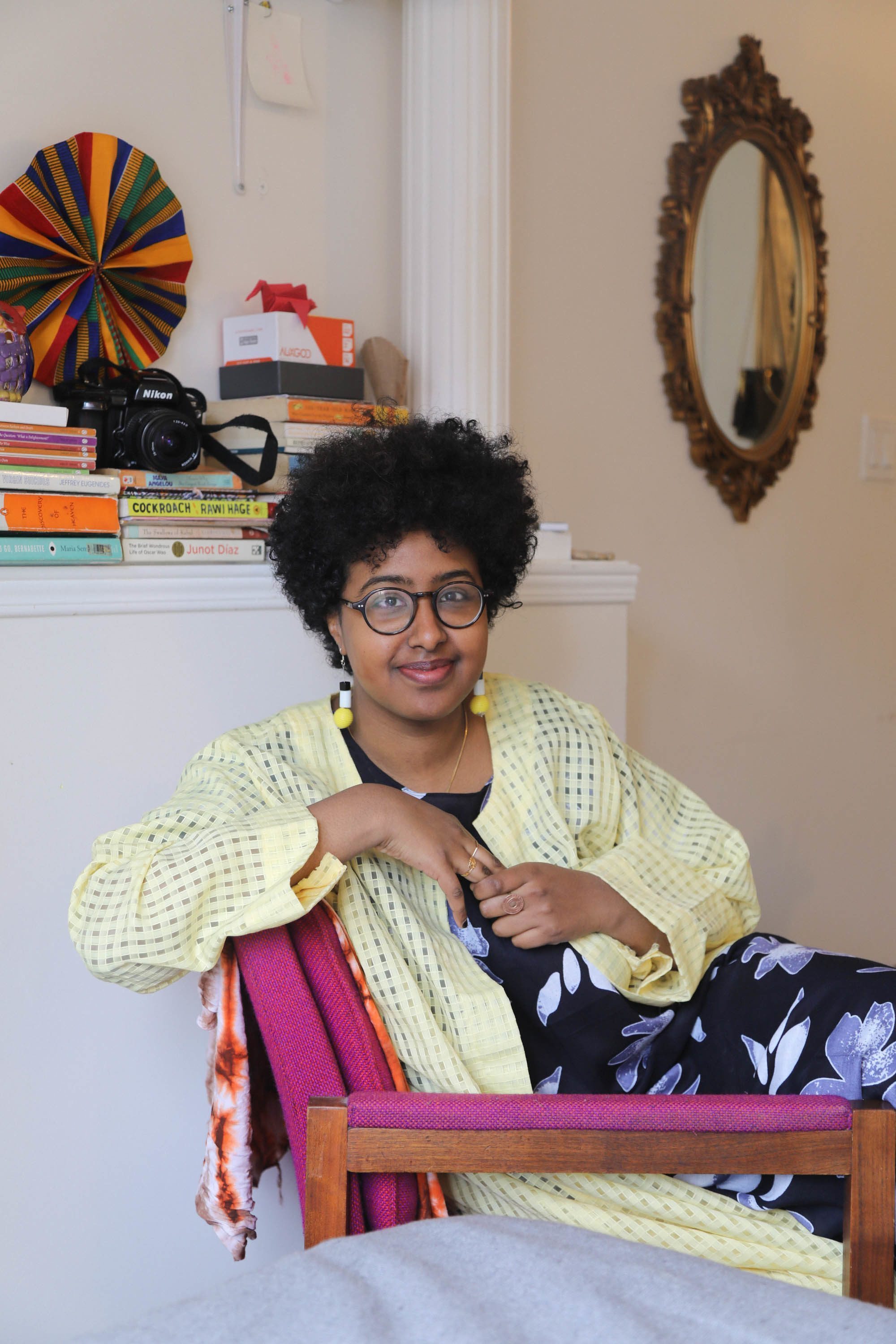 After years of sharing apartments with roommates, Adey was halfway through her MBA and hankering for a space to call her own. She didn’t want to pay more than $1,000 a month, but she refused to live in a high rise or a basement. After over a dozen unsuccessful viewings, she found a tiny place on Craigslist.

The long, narrow apartment occupies half of the ground floor of an older Parkdale home. Adey thinks the serpentine, segmented layout makes it seem more spacious. 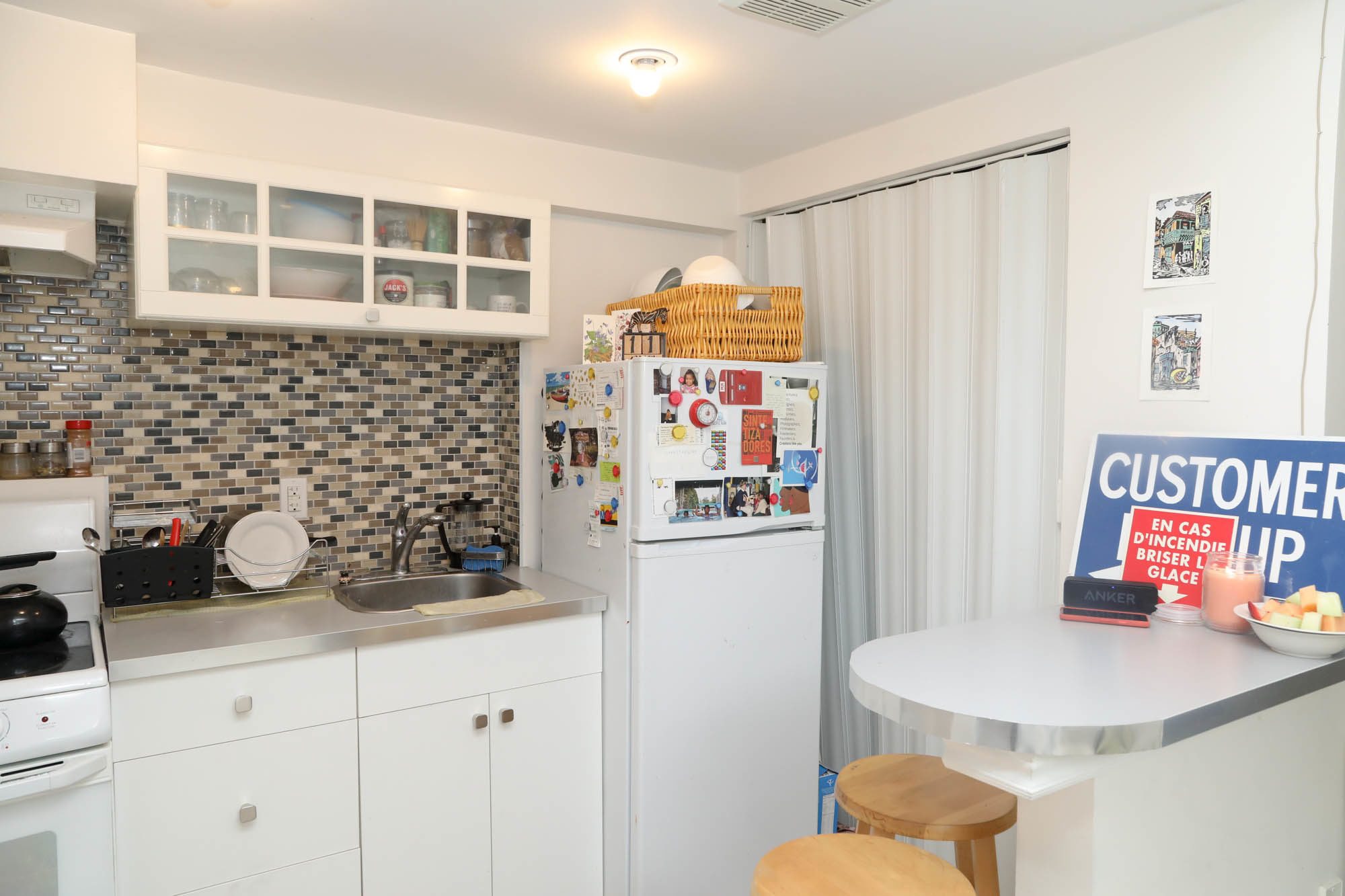 “The worst thing about studio apartments is opening your eyes in the morning and seeing your dishes,” Adey says. Luckily, her kitchen counter separates her cooking and sleeping areas. The counter space doubles as her work desk. Friends can chat there while Adey cooks for them. (She’s big into entertaining and has hosted as many as a dozen people in the apartment.)

Instead of a coffee table, Adey has clear trays that sit on top of her ottoman. When she has guests over, she can tuck the trays away, making space for two guests: 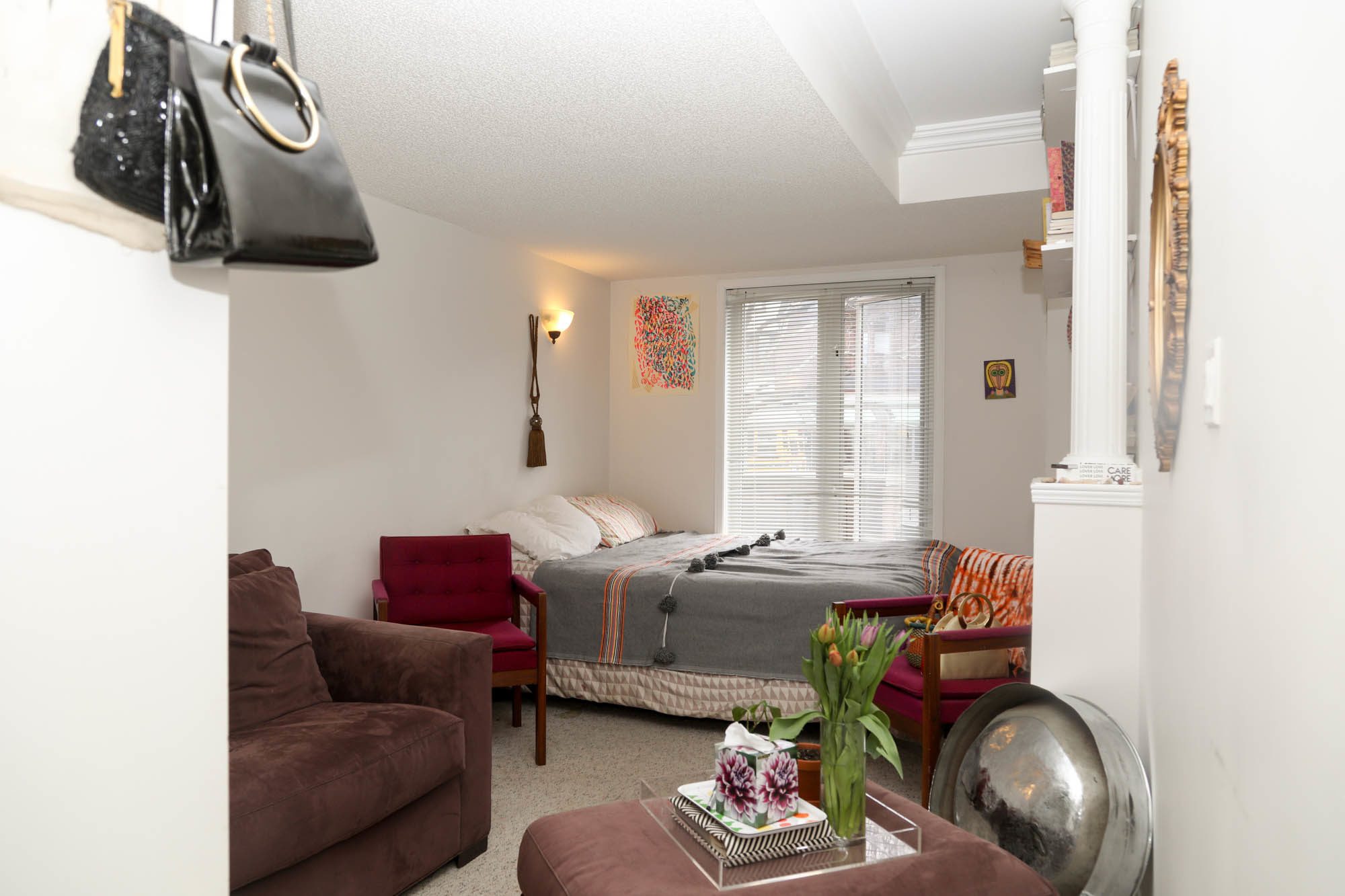 Adey keeps her cooking pans in a wicker basket on top of her fridge. In her closet, she stores all her difficult-to-fold-neatly items (tights, socks, and so on) in matching red boxes. The uniform look makes the closet appear tidy, even though it’s jam-packed: 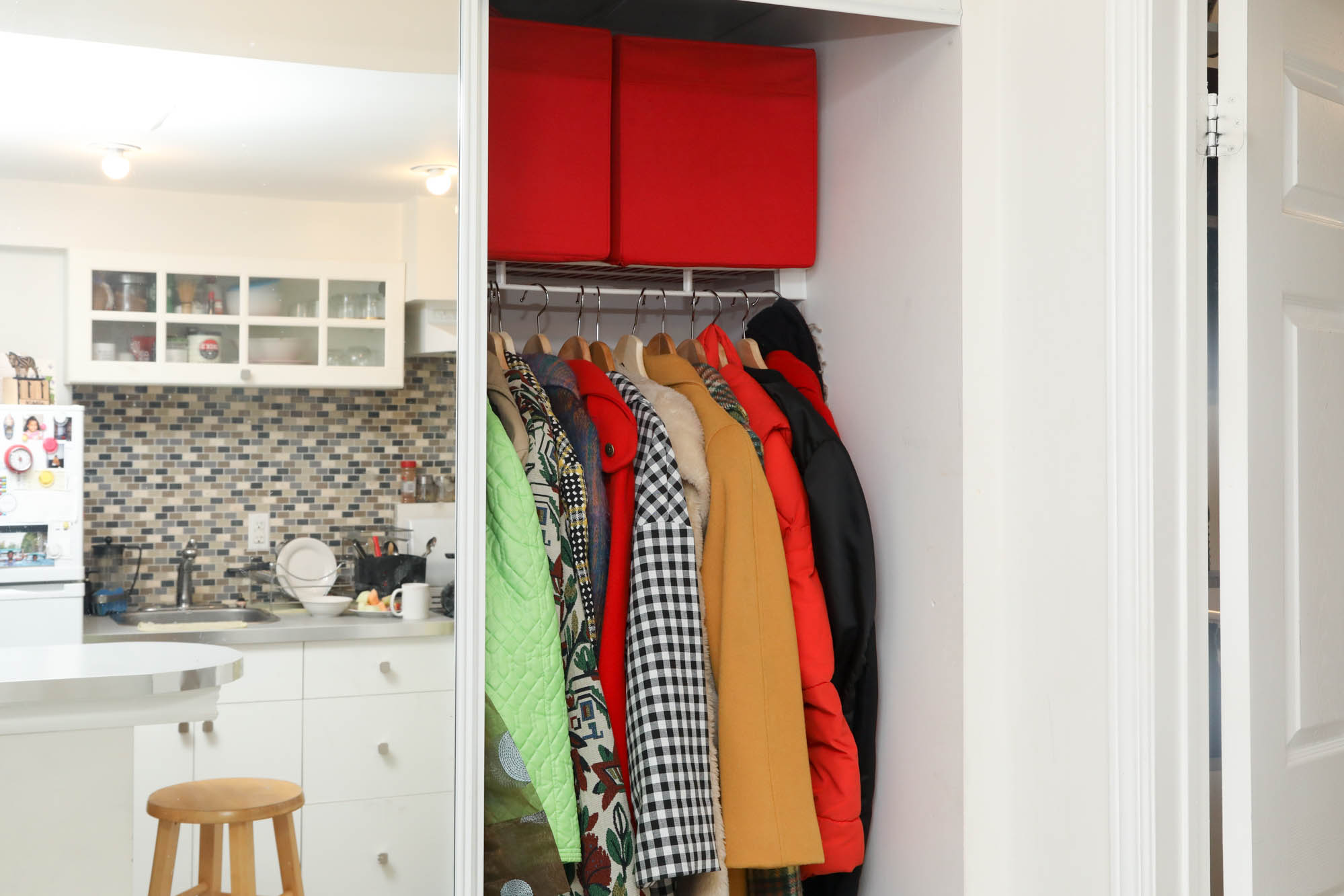 Decorative pieces, like these purses, don’t get hidden in boxes. Instead, Adey displays them on the wall like art: 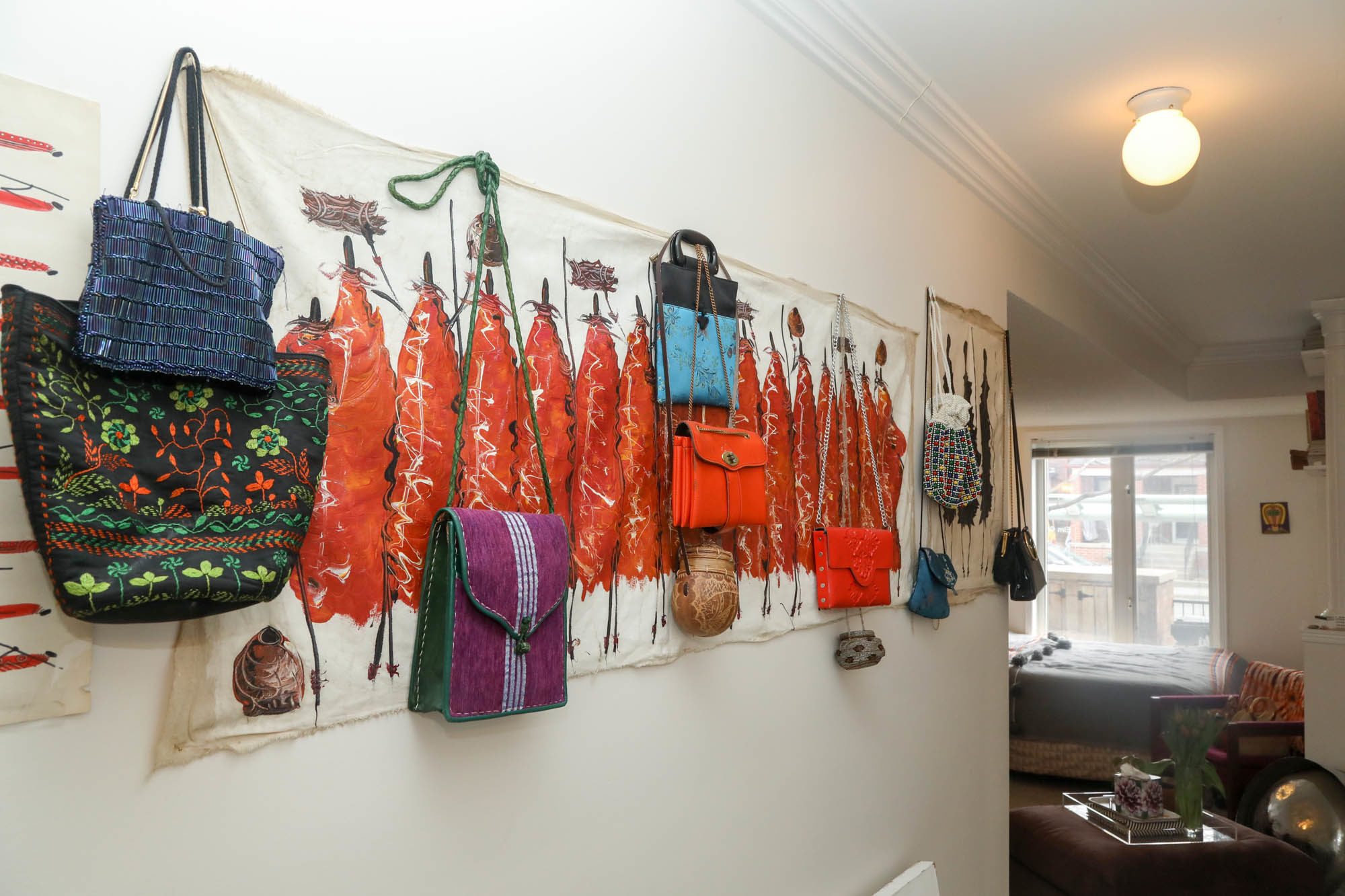 The tiny apartment has forced Adey to hone her DIY skills. After a YouTube apprenticeship, she has become an amateur carpenter. She put up these custom-cut bookshelves: 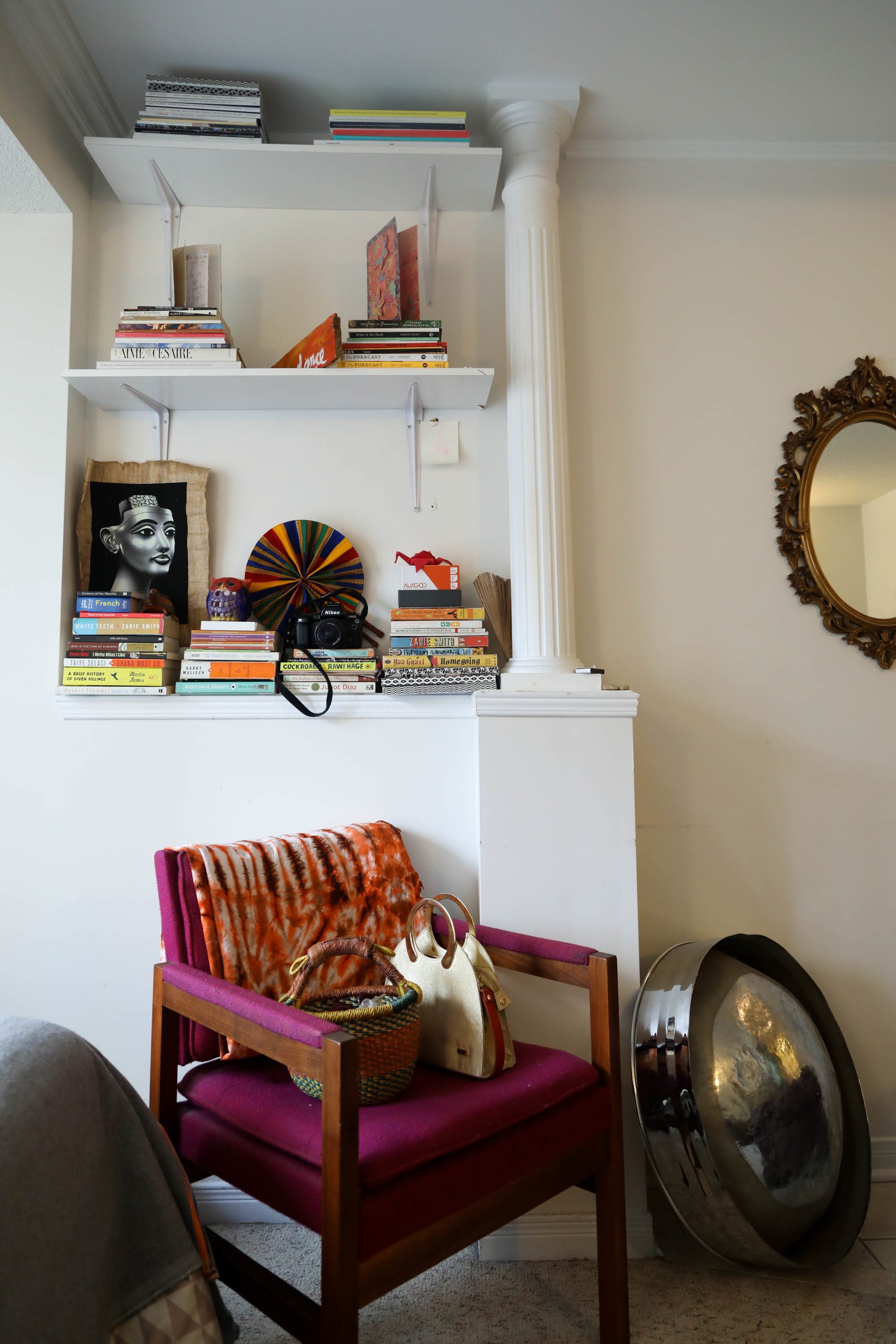 Although she’s not quite Imelda Marcos, she has a bit of a shoe problem. She built these shelves in the entryway. She also keeps her two bikes here. She doesn’t like to leave them outside overnight: 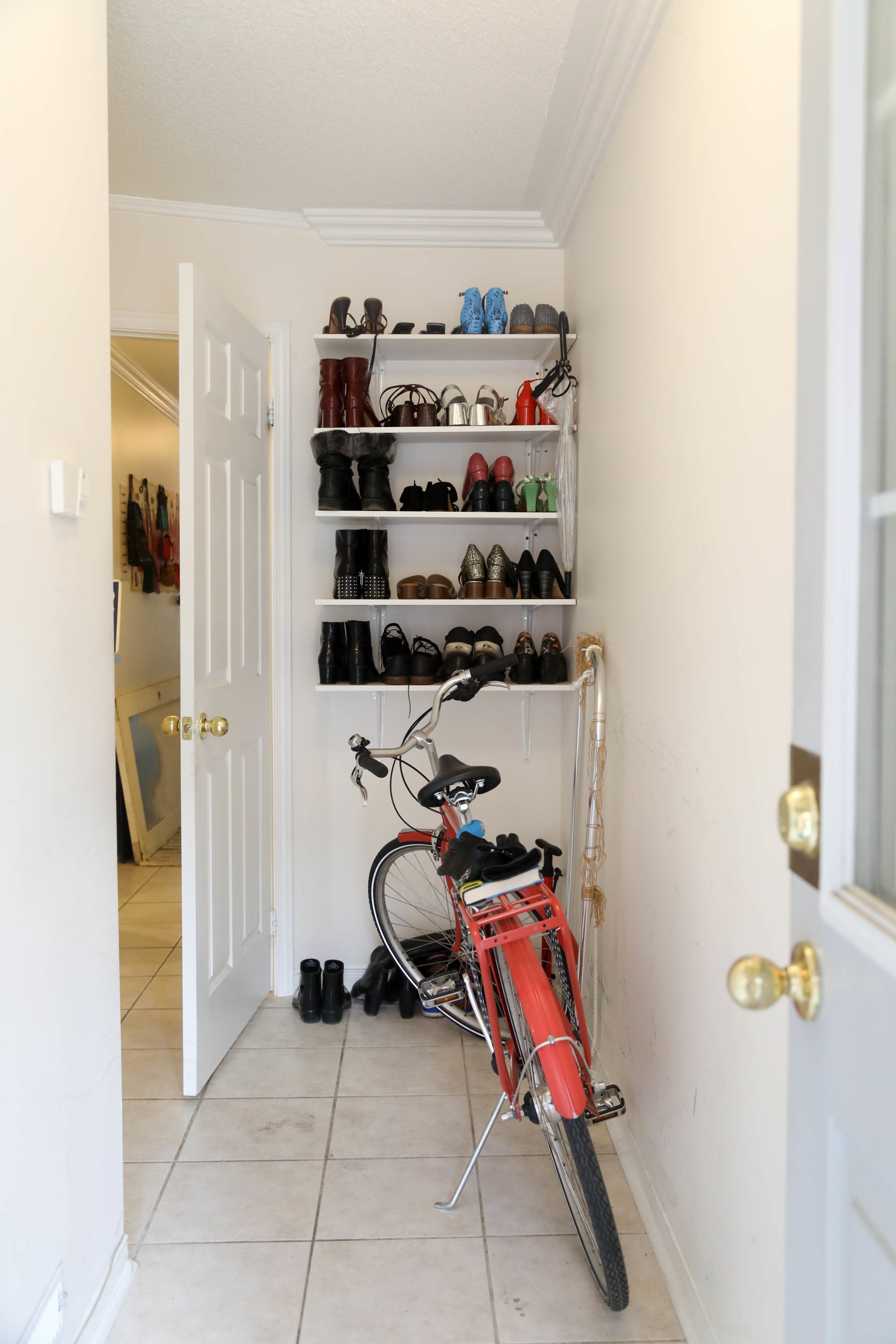 By adding extra storage to underutilized nooks and changing the apartment’s lighting (she upped the wattage), Adey managed to make her tiny unit functional and bright. She dreams of a home big enough to accommodate a dining table, and intends to find one as soon as she can afford it.